East London’s Cub restaurant, on Hoxton Street, is dazzling diners with complex cooking that is at the forefront of the low-waste revolution. Cub is a reinvention of world-renowned bartender Ryan Chetiyawardana’s former White Lyan, which used no perishables, no fruit and no ice in its efforts to reduce waste, but closed at the beginning of 2017. Jenny Southan reports

Partnering with friend and long-term collaborator Doug McMaster of Brighton’s pioneering zero-waste restaurant Silo, Chetiyawardana launched Cub in place of White Lyan, and evolved the concept into a “drinks-led dining experience”. They forged deals with Krug champagne, Belvedere and LVMH, and began crafting food and libations “as a united entity”. 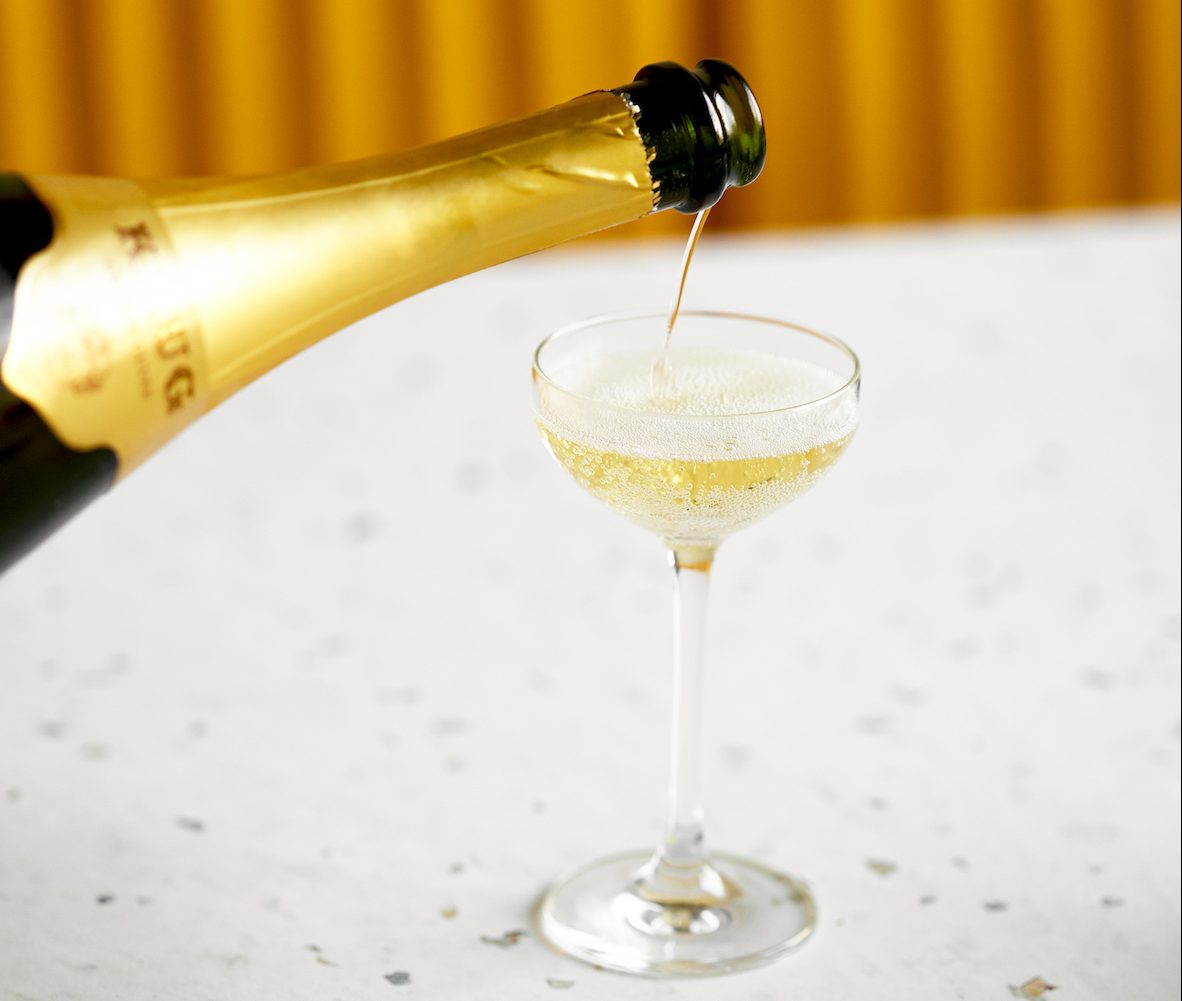 While it may not be going for the hard-won goal of zero-waste, whereby every vegetable scrap has to be composted, plates are made from recycled plastic bags and jam jars are used as glasses (as at Silo), Cub is embracing the low-waste revolution with gusto. It has sustainability at the heart of its operations but is no hippy dive – this place serves mind-blowingly sophisticated cuisine.

That’s hardly surprising, though, when you consider it also has backers that include Dr Arielle Johnson, a former resident scientist at Noma and current flavour scientist and Director’s Fellow at MIT Media Lab.

The team looks at food systems, farming practices and the ways in which produce “can be explored in a way that doesn’t destroy the planet”. They also use “experimental ingredients grown on-site as part of a research programme into the effects of environment on food growth and flavour”. 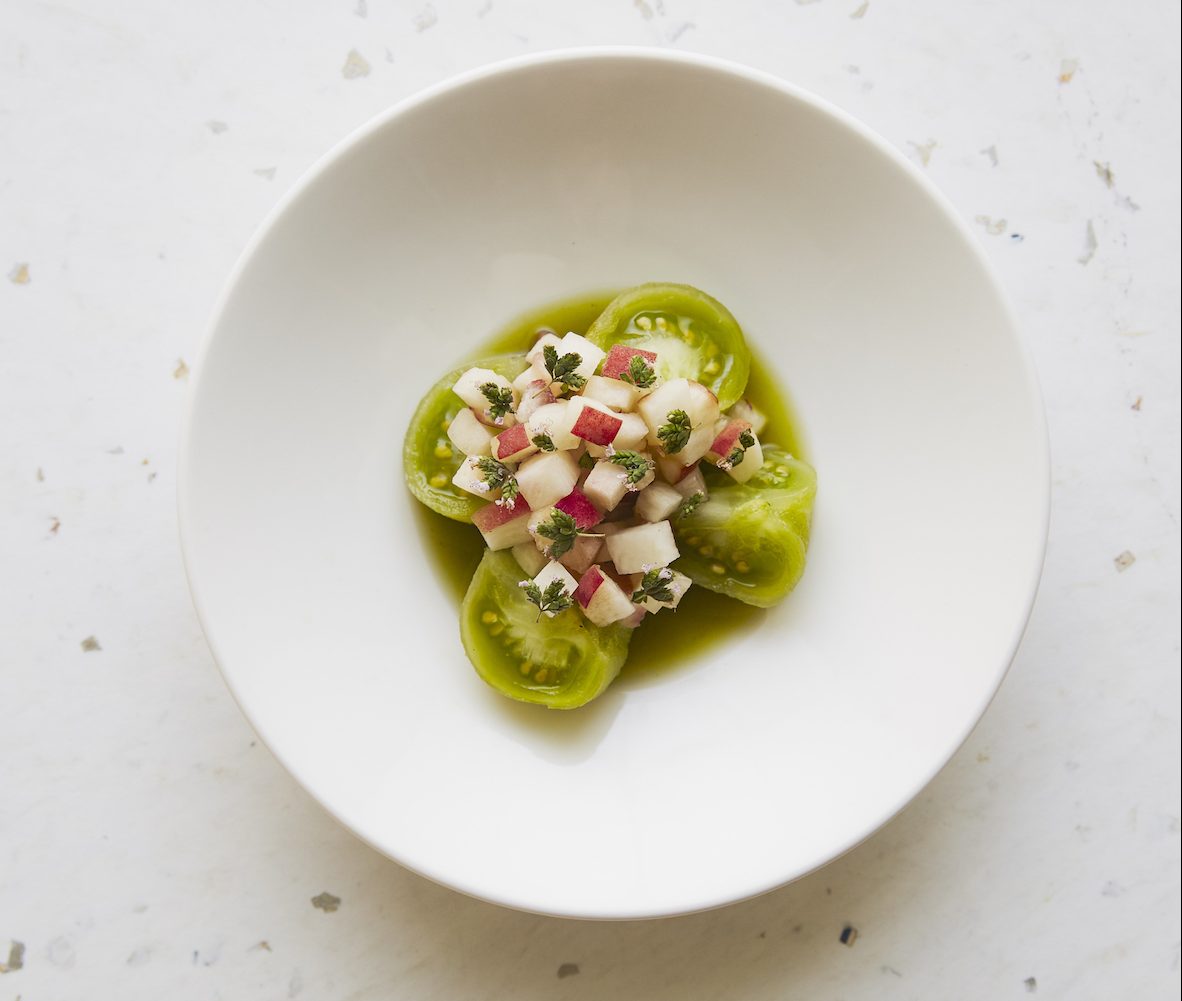 Whereas the buzzwords of many restaurants these days are “sustainably caught” and “locally sourced”, Cub seeks to go further. The menu is ingredient-led and seasonal, of course, but the restaurant – and its sister bar, Super Lyan, in a basement downstairs – is doing myriad other things to reduce waste.

They source plant-based ingredients produced using small-scale “polycultural” methods, whereby multiple crops are grown on a plot of land at the same time, rather than industrial agricultural methods, which favour fashionable single-type crops grown in huge quantities. Cub also works with urban farmers and is a proponent of using and developing new ingredients.

Cub says “farm to table, wild food and strict seasonality are not always modern sustainable practices, and don’t solve the inherent problems we have”. Adding: “Foraging, seasonality and locality are wonderful as they provide interesting alternatives and help the public to understand the interconnectedness of food systems. However, individually they do not provide a solution to the trappings of the [food] industry.”

The team has been using biodegradeable bamboo straws since the beginning, and cocktails are “closed loop”, which means they are made from things other bartenders would throw away – fruit scraps are fermented, lemon peel is turned into falernum syrup and coffee grounds turned into coffee distillate. 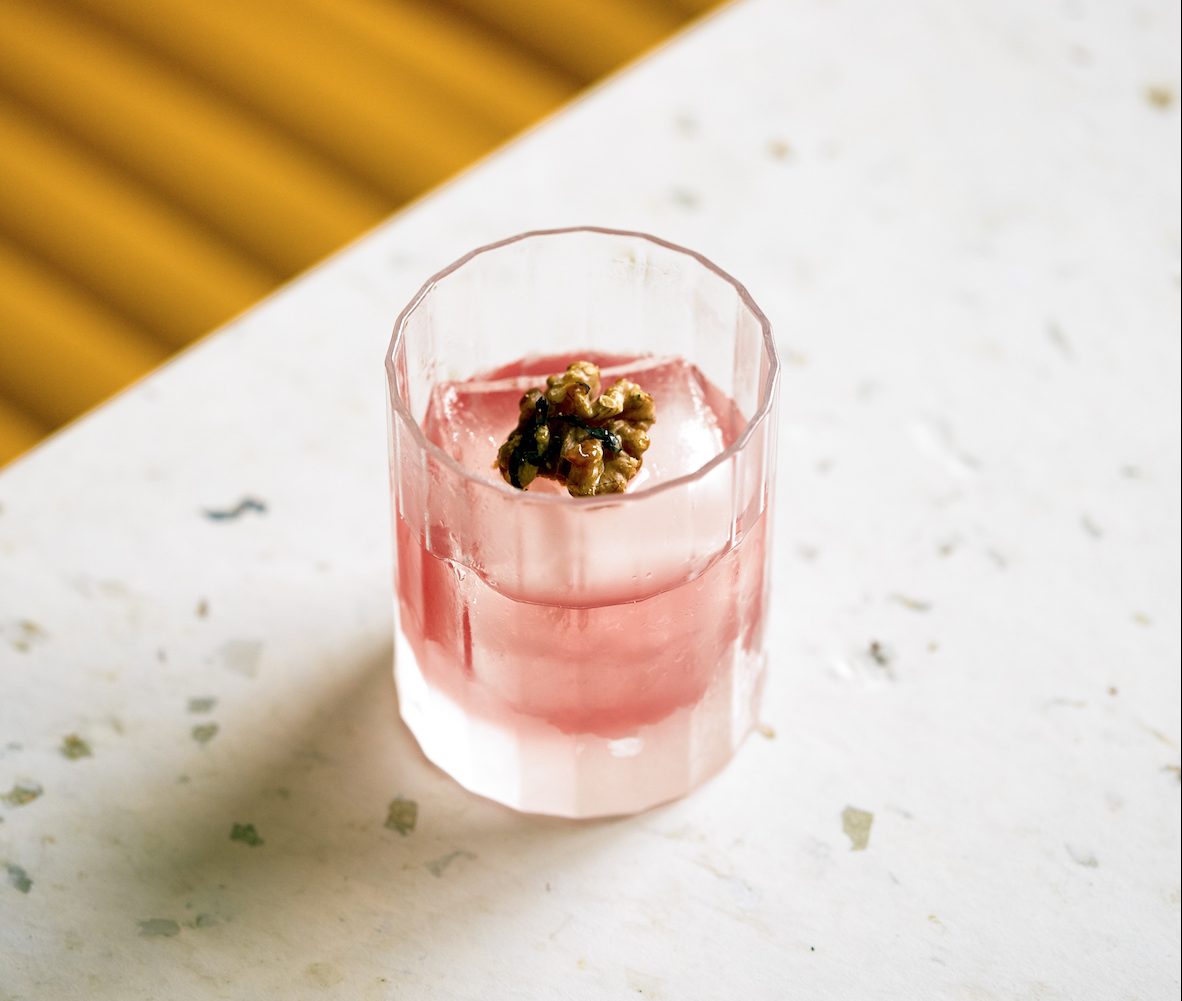 Chetiyawardana says: “We want to keep pushing boundaries (and keep things weird!), but in a way that feels accessible and honest as well as exciting and modern. Cub will be the continuation of these conversations but taking them in a new direction – looking at how we can rejoin the worlds of food and drink, and showcase the importance of innovation and sustainability to a wider public”.

The restaurant itself is a trendy little hideaway, a concrete room fitted out with raised canary-yellow banquettes and a sit-up bar for diners, by interior designer Juliet Walmsley. The table and bar tops are made from recycled yogurt pots, and pendant lights from paper mulch and cork. There are just 35 covers so you are advised to book in advance. 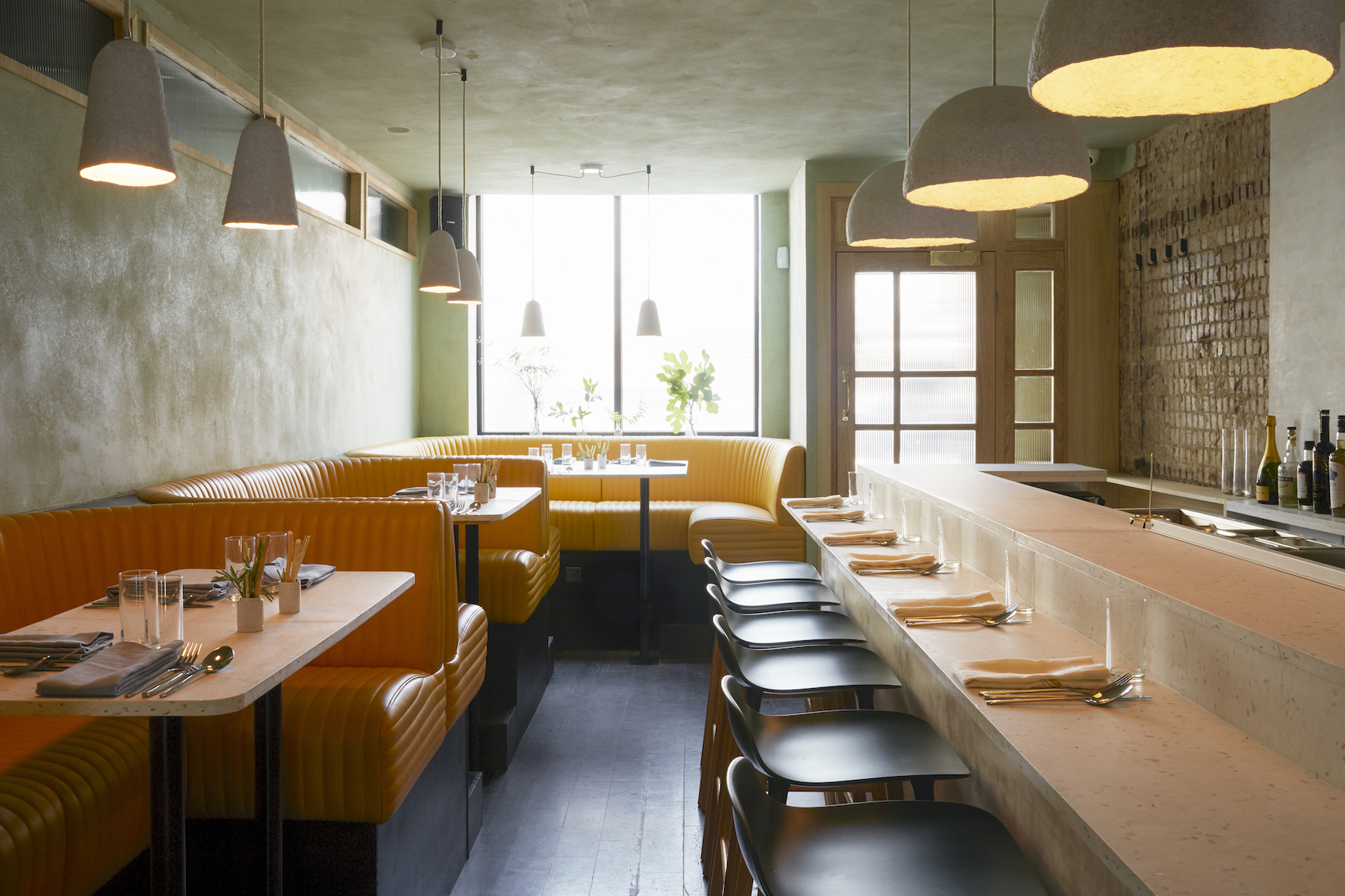 When I visited Cub, I was charmed by the theatricality of the experience, which was at once delightfully hipster and (to cynics) pretentious, but on the other hand really well meaning and authentic. You don’t get any choice about what you are eating – the menu is a pre-set tasting experience – but you can inform staff of any allergies and dietary requirements (I am vegetarian) and they will provide modifications. They also do stunning non-alcoholic cocktails. 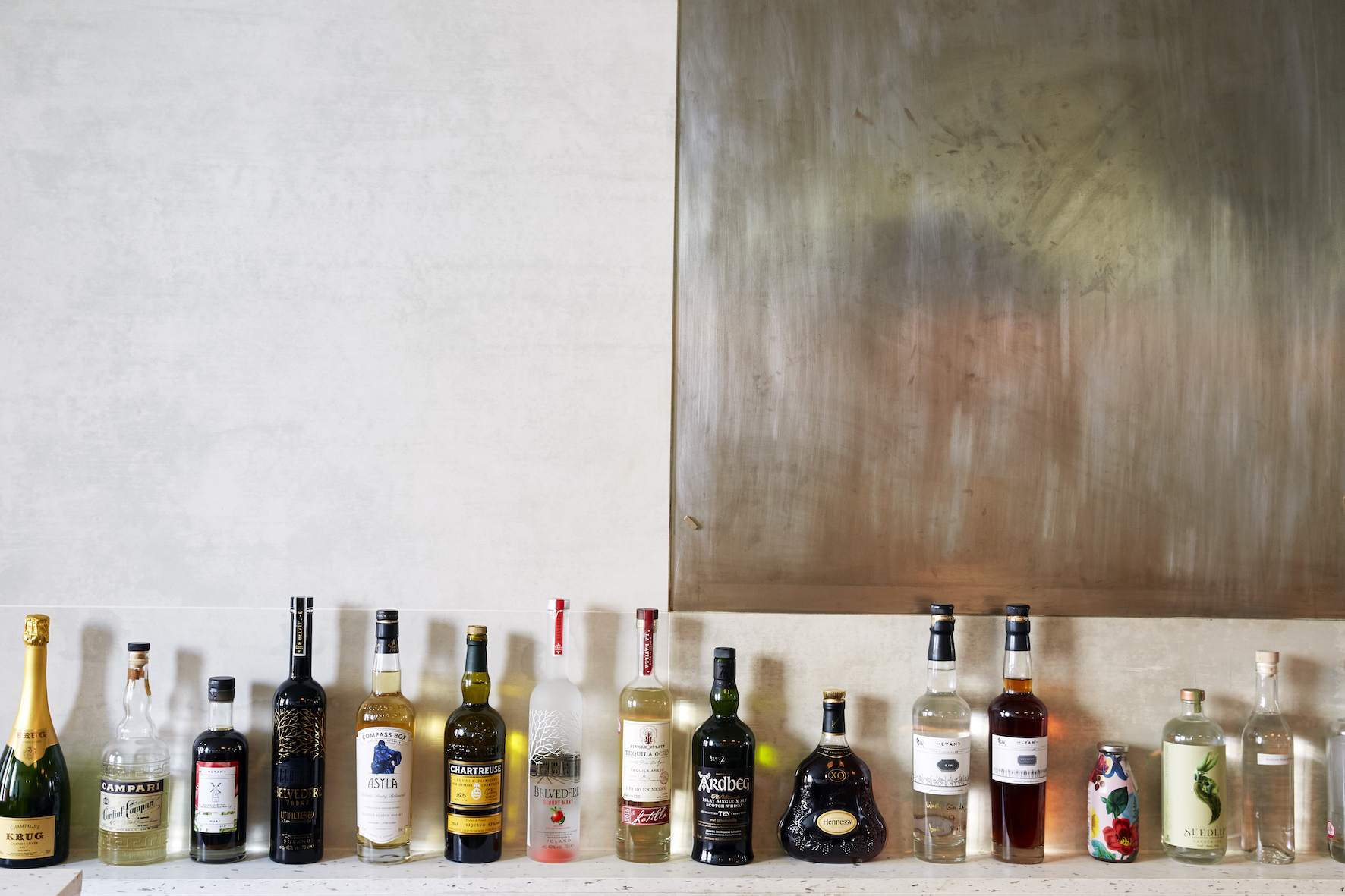 As each course arrived (there were 11 in total for £55, and five were drinks), waiters gave wonderfully colourful and complicated explanations of what we were about to consume. I would catch descriptions like “black garlic puree… very earthy and served with cauliflower off-cuts”, “herb stalks marinated cheese”, and “orange frozen jelly floating in the glass like a fancy oyster”. The flavours were often tangy, sour, odd and surprising; the food was unlike anything I’d ever eaten. 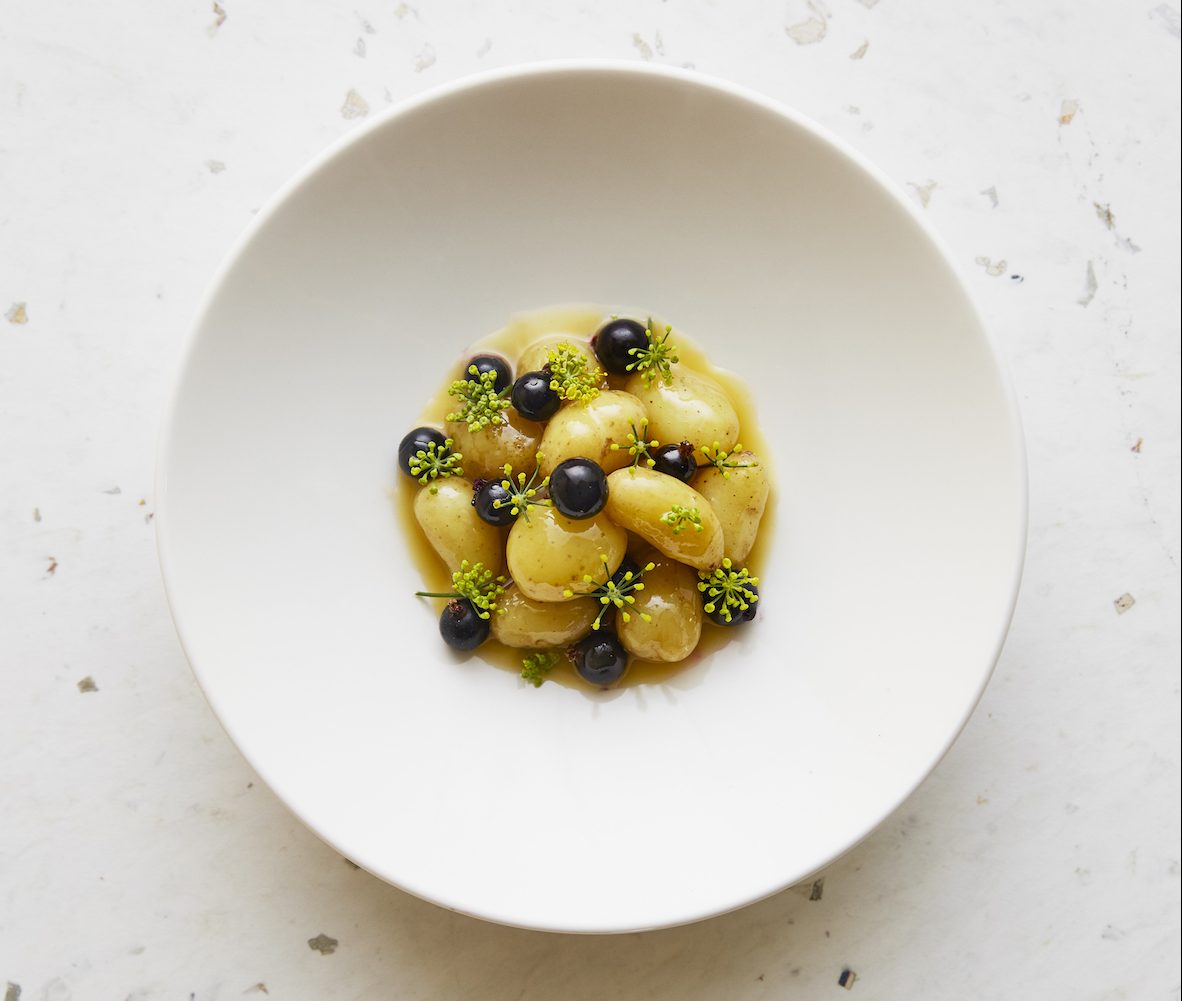 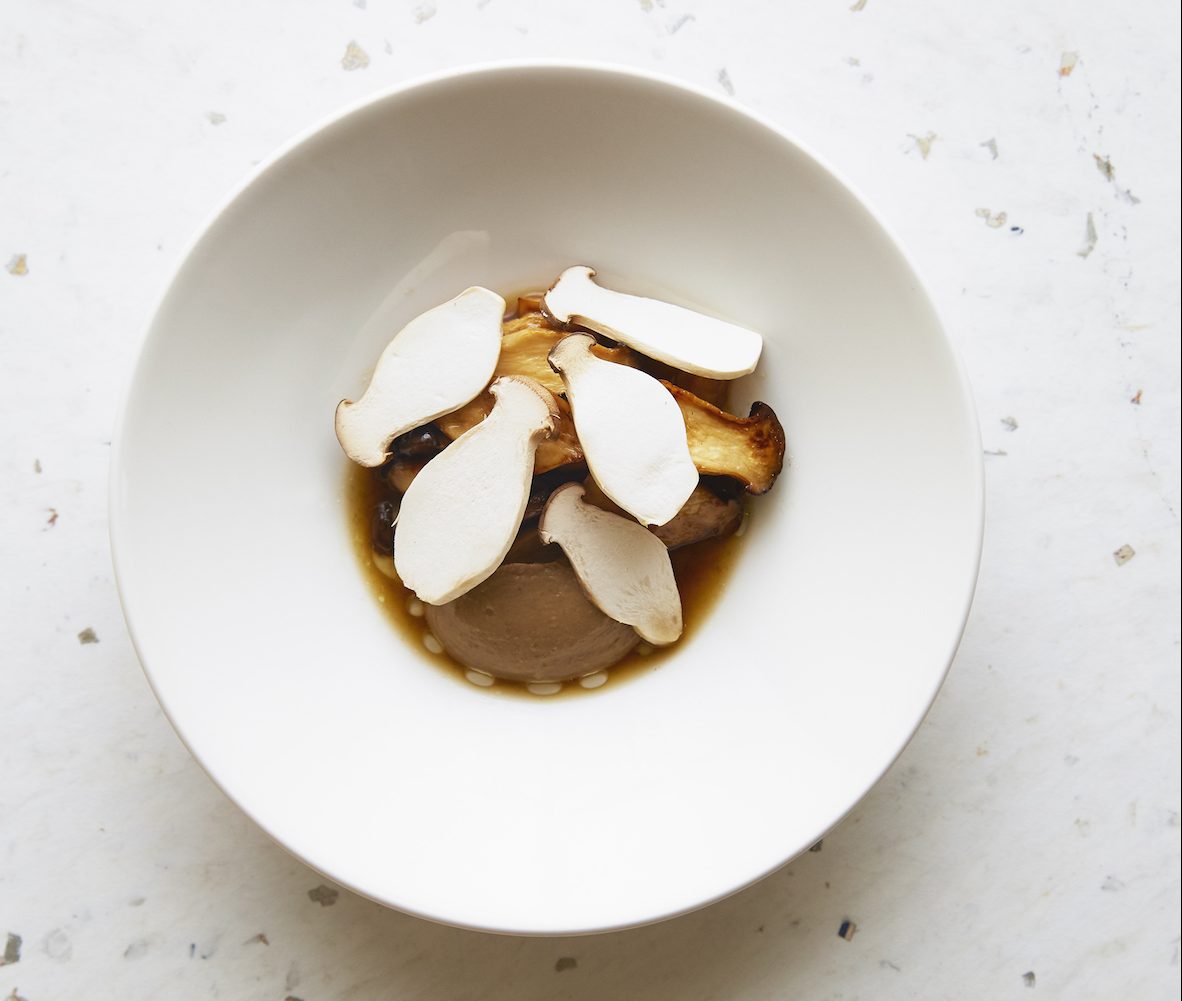 Determined to capture some of these moments, I made some recordings on my phone. Presenting the “rare tea, tea stems, compressed plum”, our waitress said: “This is a palate cleanser heading into dessert, we have a blend of white peonie tea and Malawi antler tea brewed at four different temperatures, blended back together, and served with plum which has been which has been boozed up with some absinthe and apricot brandy.” Wow. 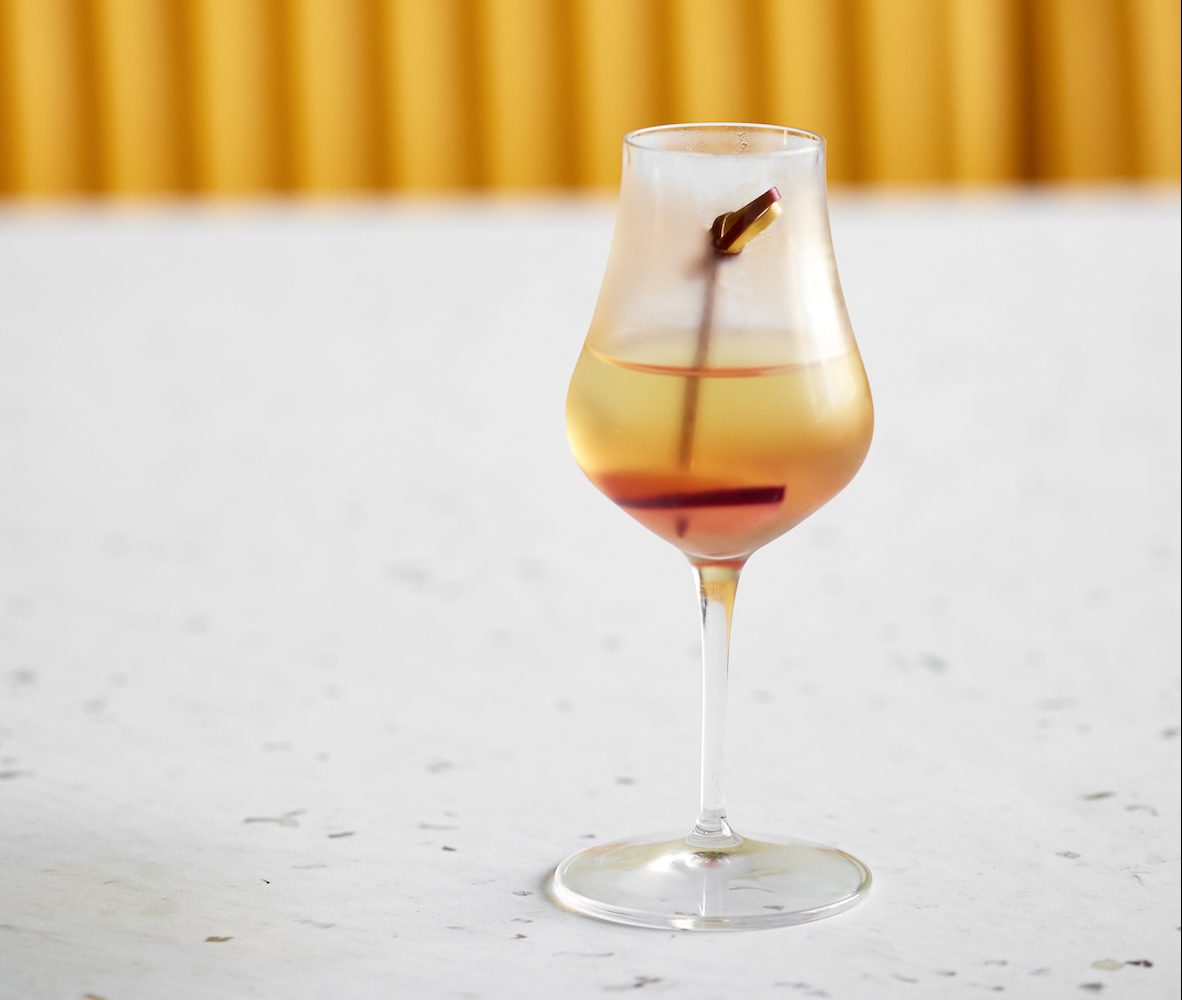 And then, as a commentary to the “peated barley, apple skin, fig leaf” dessert: “We have ice cream which has a little bit of (something?) to it which we squeeze out of the butter that you had with your bread earlier. The base is apple skins that are coming from the root dish and with a bit of raspberry as well; the ice cream is infused with peated barley usually destined to be turned into Scotch, and on top we have fig leaf oil made from figs foraged locally in the neighbourhood. Basically anyone with a fig tree hanging over their fence needs to be wary of us.”

After dinner, we moved downstairs to the speakeasy as people were queuing to get in for the second sitting, and sipped our Square Mile coffee cognac HMS in a kind of stupor as we endeavoured to make sense of what we had just taken part in.