Casa Cook defines itself as “a line of boutique beach resorts that cater to a growing generation of independent travellers, offering simple, laid-back luxury at the beach”.

The new Casa Cook hotel in Ibiza is located in Cala Gracio, a bay near San Antonio. Opening in two stages, the soft-launch took place in July with the unveiling of 80 rooms. Next year, another 60 rooms and 50 suites will be added, as well as another restaurant, a bar, a 50-metre pool and a large gym. 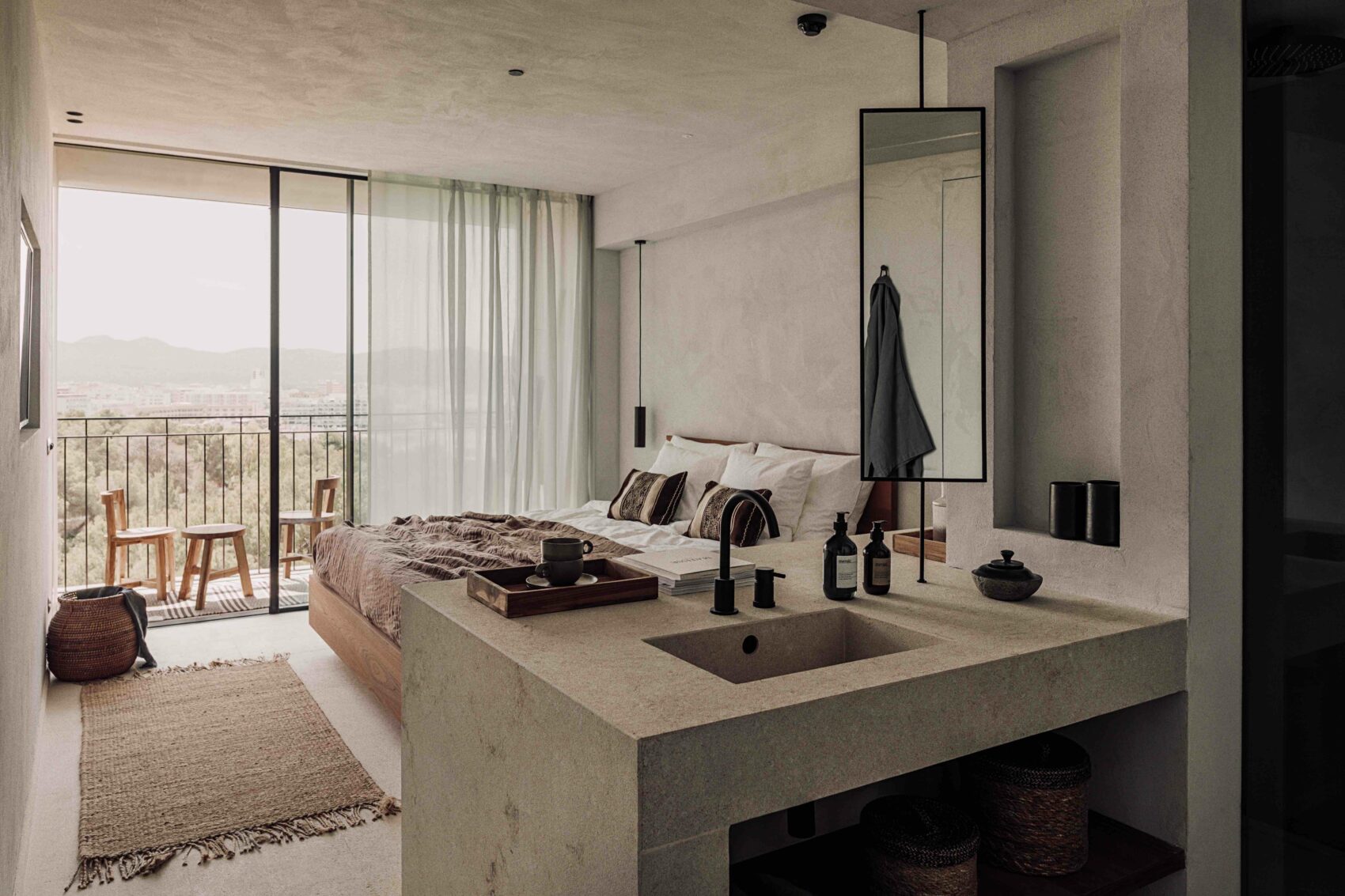 Although the hotel can be booked individually, it can also be paid for as part of a Thomas Cook package.

Four nights on a bed-and-breakfast basis at Casa Cook Ibiza starts from £804 per person. The price is based on two adults sharing, with flights departing from London Gatwick on 15 August 2019, including 15kg of luggage and resort transfers.

This is the fourth hotel from Casa Cook. The first opened in Rhodes in 2016 and the second in Kos in 2017. Next came a family hotel in Chania, Crete. Later this year it will launch one in El Gouna, Egypt.

The Casa Cook concept was introduced three years ago with the aim of attracting a new generation of holidaymakers to Thomas Cook. The company says: “Since launching, 75 per cent of customers staying at Casa Cook hotels have been new to Thomas Cook.”

The brand has made very deliberate efforts to appeal to Gen Y and Gen Z, from the design of its website, which sports Instagram-style photography, to the use of concrete and plants throughout the property. There’s a DJ for pool parties, locally-inspired food and a general sense of “exclusive bohemia”.

At Casa Cook Chania, children can take part in cooking classes, painting workshops and sleepover experiences in a teepee. Apparently, it is designed for the “post-modern family”.