Infinite Explorer: a train-hotel for touring the American Wild West

Travelling along the defunct passenger rail lines of America’s Wild West, Infinite Explorer is an innovative new concept from SB Architects, which takes the form of a hyper-luxury sleeper train with hotel-style facilities that would stop off at remote locations on the way. Jenny Southan reports

The idea was submitted to the 2019 “Radical Innovation” competition that challenges designers, hoteliers and students to pioneer compelling ideas in travel and hospitality. It is one of three finalists, alongside the “Volumetric High-Rise Modular Hotel” by Danny Forster & Architecture and “Connectic”, a modular pop-up hotel concept by Cooper Carry.

“What were once bustling railways are now silent and forgotten vestiges of our past. Many of these railways span untapped, truly breathtaking, locations, but provide no footing for hospitality development. 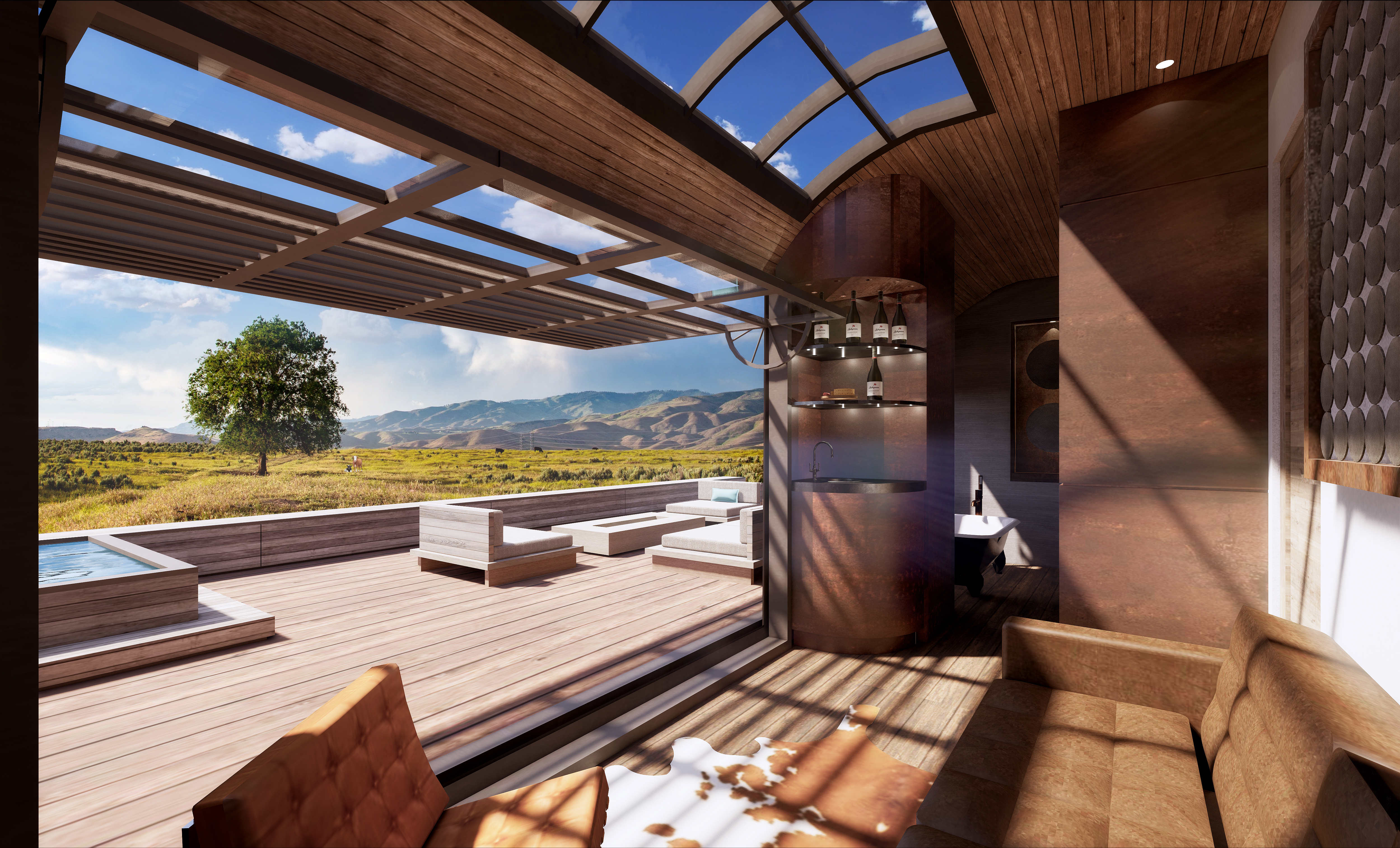 “The Infinite Explorer provides a unique opportunity to embrace and transform the existing infrastructure of these underutilised spaces, making the unreachable, reachable.

“Train travelers usually only capture a glimpse of the immense beauty that passes by outside their window, but imagine if you could step out of your cabin into the wilderness to feel, touch, and smell it? 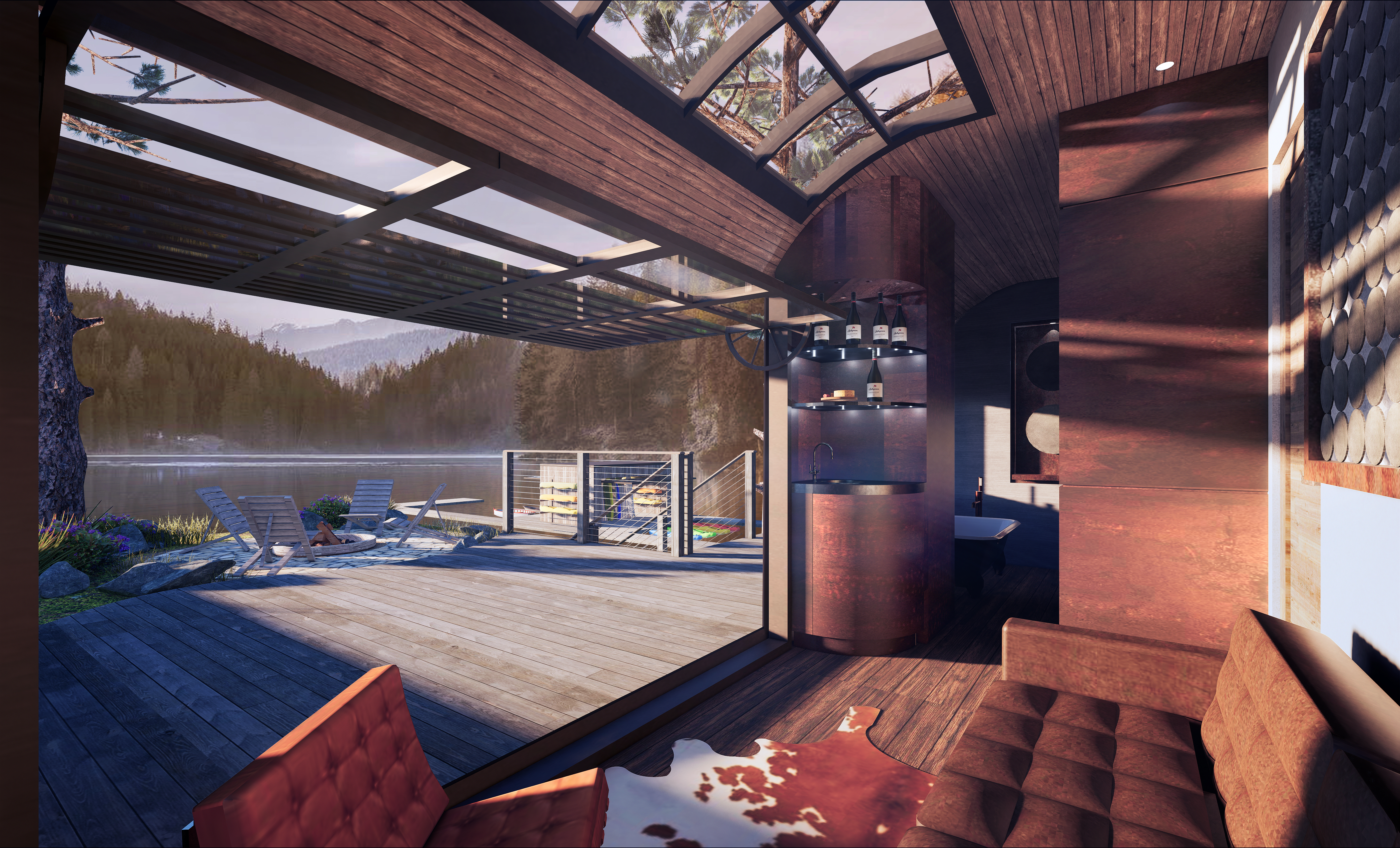 “Each stop along the route is unique and designed with an immersive programme of activity, including outdoor adventures, wellness and dining, designed to astound, delight and capture the guest’s imagination at every turn.

“The Infinite Explorer is a one-of-a-kind hospitality experience. One train, infinite possibilities.” 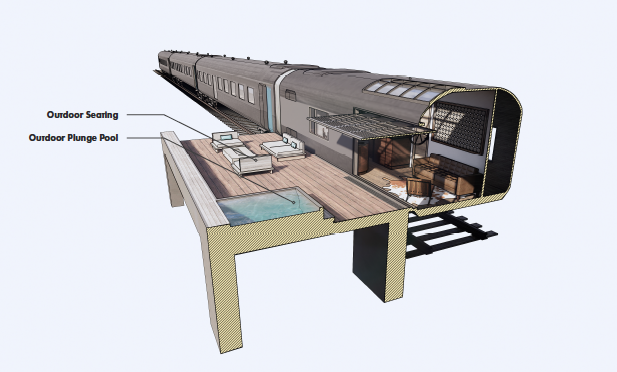 Far from being in the concept stage, the AC by Marriott in New York City will be the world’s tallest modular hotel when it opens in 2020. Apparently, 80 per cent of the building’s square footage will be shipped in – precisely constructed and complete down to the curtains, TV, sconce and even art – from a factory in Poland. 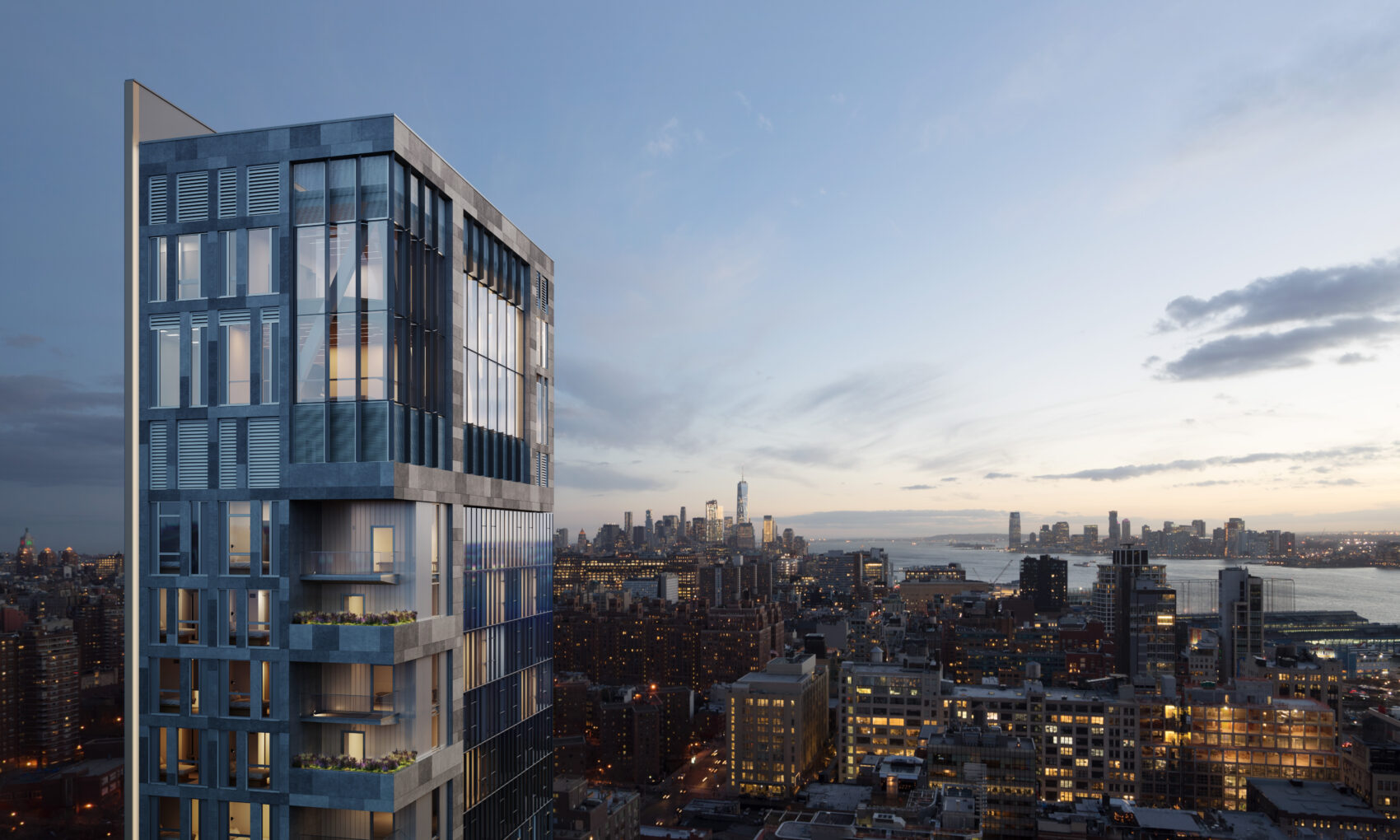 Meanwhile, Connectic proposes modular construction techniques that could be used to build pop-up hotels in remote locations or to help solve problems of space and density in urban centres.

The designers say: “Interstitial spaces between buildings, parking lots, forgotten pocket parks, and above buildings offer an opportunity for hotels of the future to use Connectic’s model to increase volume of available keys and amenities and connect neglected spaces to existing hotels.” 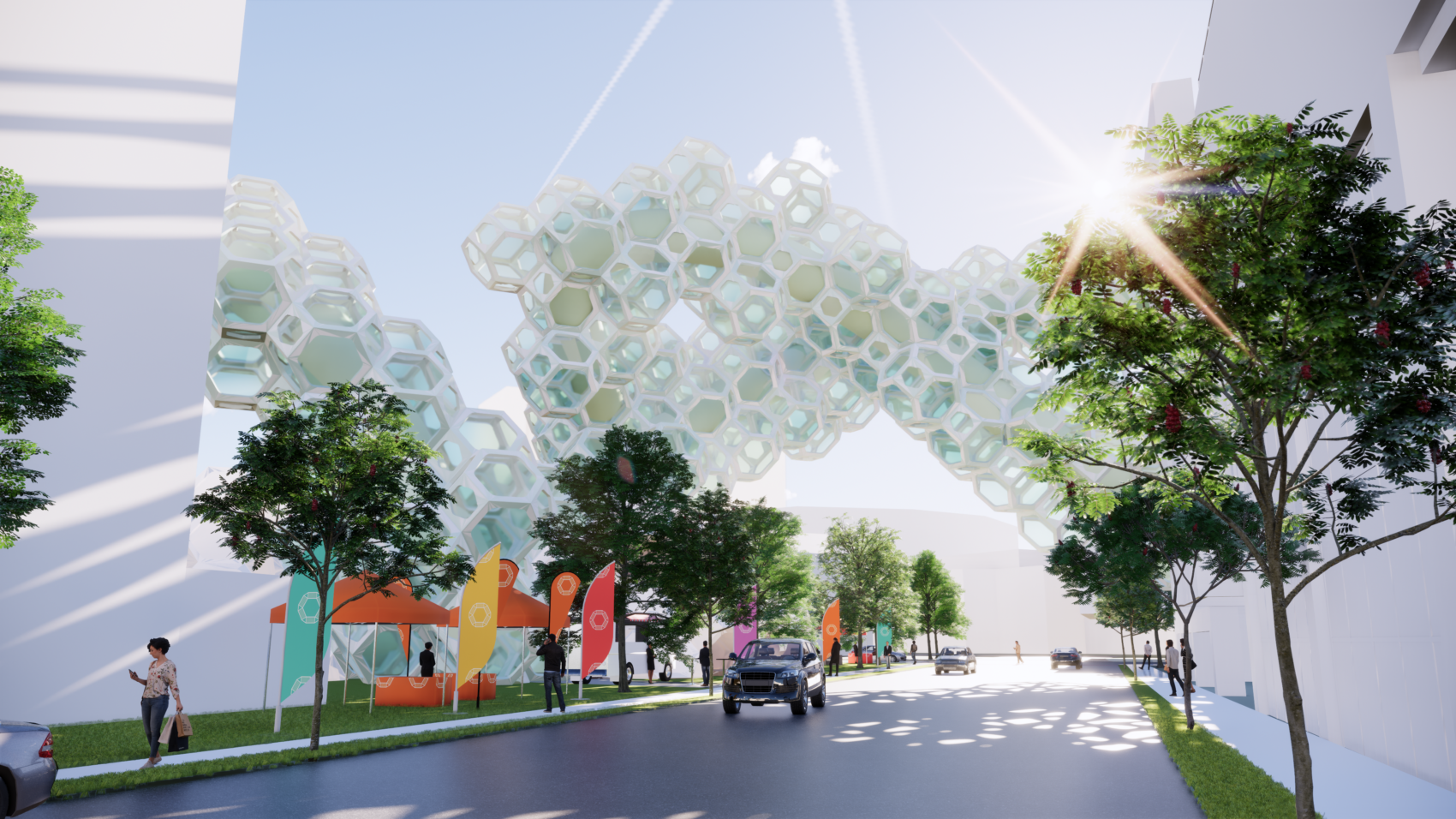 Chosen from a field of 50 entries from 20 countries, the finalists will each compete in a live pitch at the New Museum in New York City this autumn.

A live audience will then vote to determine the grand-prize winner of US$10,000 and the runner-up prize of US$5,000. All of the finalists will have an opportunity to meet industry experts who can help further their proposal.