New supersonic aircraft will take to the skies in mid 2020s

This year marks the 50th anniversary of the start of Concorde flights but in 2003, this supersonic plane was grounded forever. It was a major step back for aviation. However, there is fresh hope that flying at sound barrier-breaking speeds will return in the next decade thanks to a handful of determined US start ups. Jenny Southan reports

Boom Supersonic is designing an aircraft called Overture that will be able to reach speeds of Mach-2.2 (1,451mph), which is more than twice the speed of sound (Mach 1). In January 2019, Boom announced that it had won US$100 million in Series B funding from Silicon Valley investors to launch a half-size prototype of the supersonic jet, with tests flights predicted for later this year. 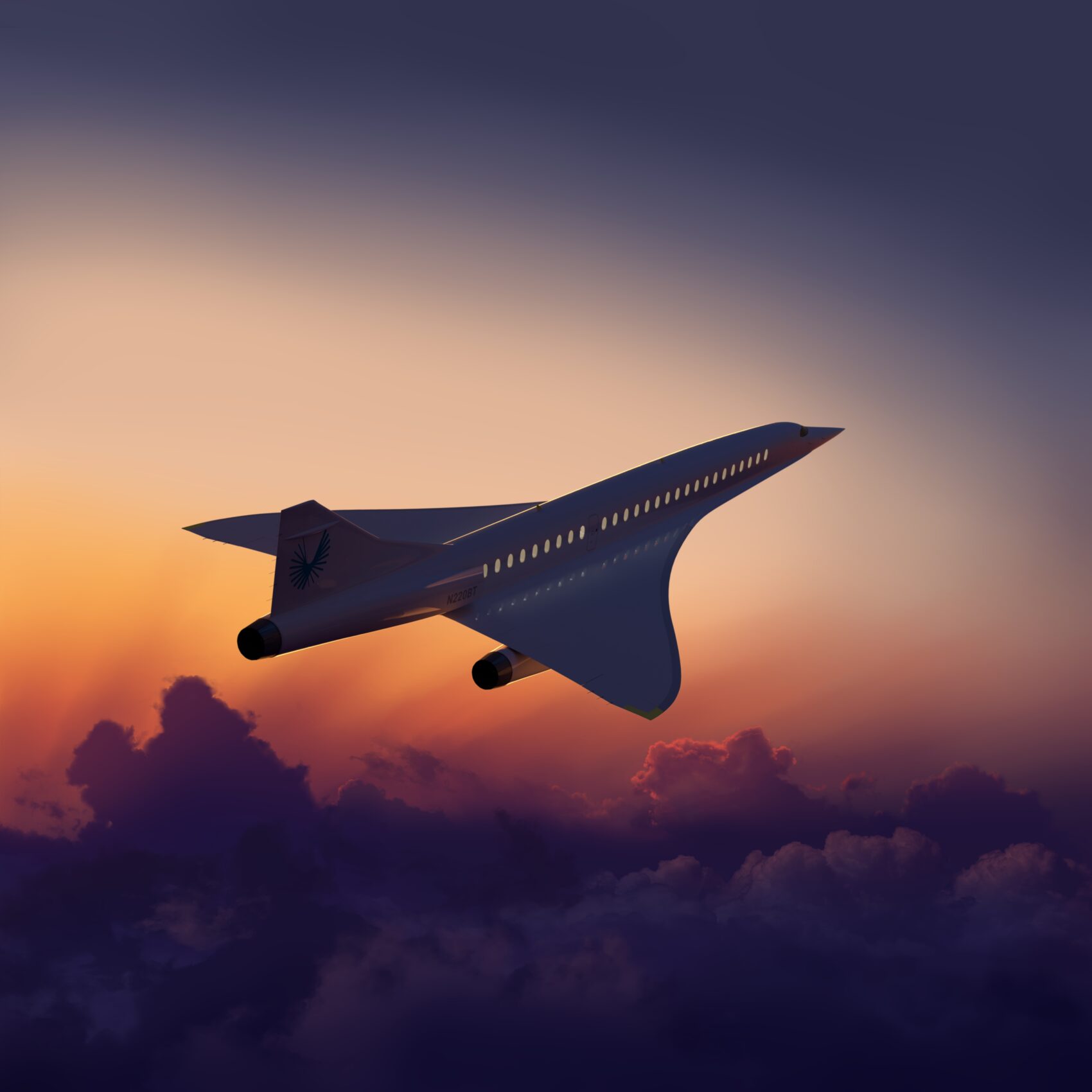 Richard Branson has provided financial backing and Japan Airlines has said it wants to be the launch customer for it in 2025. Flying at 60,000ft, passengers will be able to see the curvature of the Earth.

How much will tickets cost? Boom says they will be “about the same fare as today’s business class”. How? The aircraft will be more fuel efficient, lowering overheads.

Soon, transatlantic day trips will be affordable and practical, opening up new possibilities for weekend city breaks and airline routes. Flying supersonic will also reduce jet lag and turbulence but breaking the sound barrier won’t be noticeable for people inside the cabin. (It wasn’t for people flying on Concorde either.)

What will it be like onboard Overture? Boom says: “As we design a clean-sheet, modern supersonic airliner, we are taking the opportunity to rethink the end-to-end passenger experience. Our goal is to provide a tranquil and stress-free experience from the moment you step aboard – whether you want to work, play, or relax. 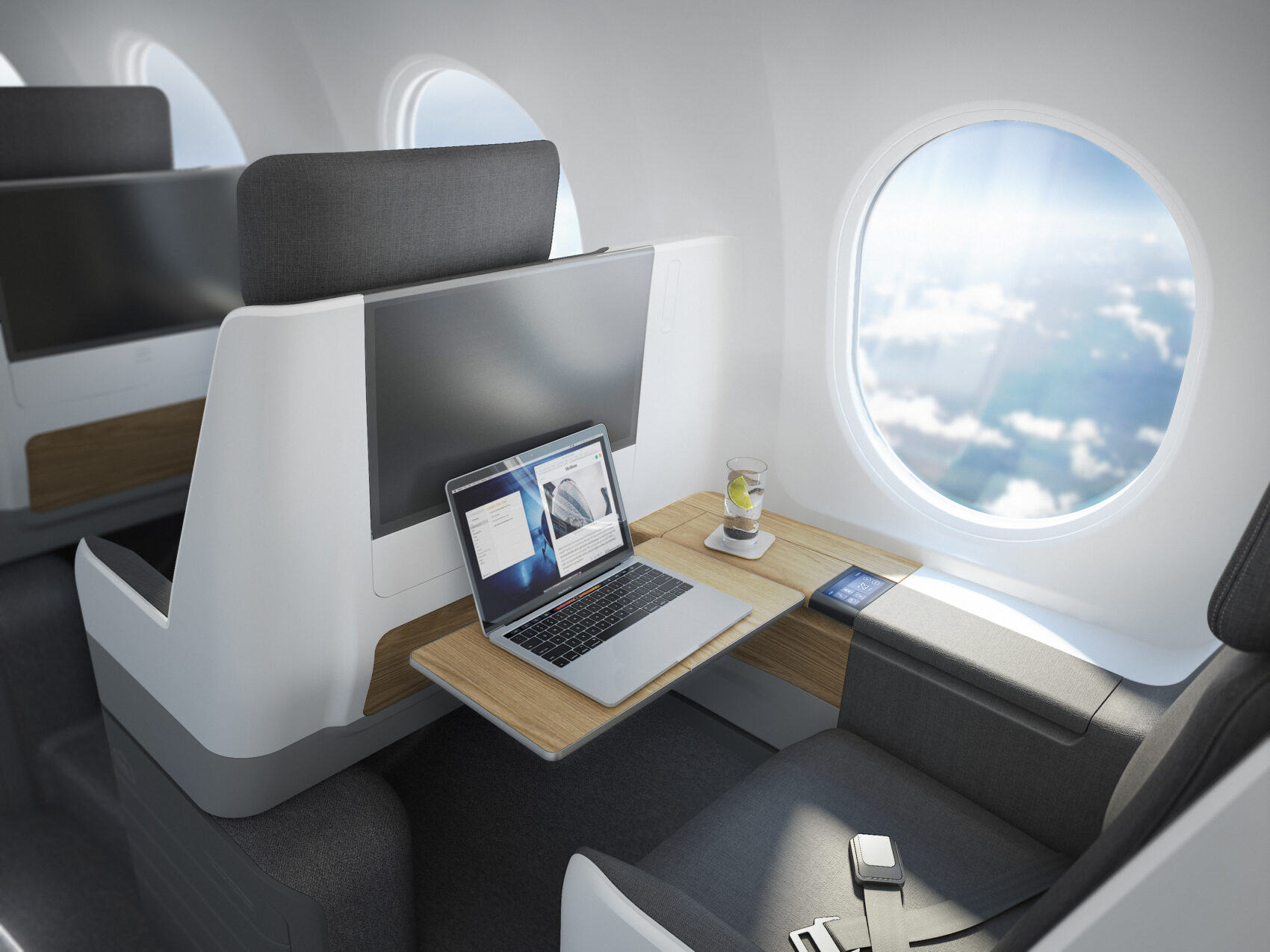 “Each passenger has a large personal window, direct aisle access, and dedicated under-seat storage. Seat dimensions will be comparable to short-haul first class, with many subtle and not-so-subtle design improvements. On flights over six hours, airlines may offer a first class lie-flat suite experience.”

At the moment, supersonic flight is banned over the US as sonic booms damage buildings. However, Boom says: “This ban should be reversed and replaced with a commonsense noise standard, set to promote efficient, affordable supersonic flight while disallowing nuisance.

“In the meantime, Boom will focus on routes that are primarily over water such as New York to London or San Francisco to Tokyo, flying subsonically when over land.” It adds: “Over 500 routes benefit immediately and significantly from supersonic speeds.” 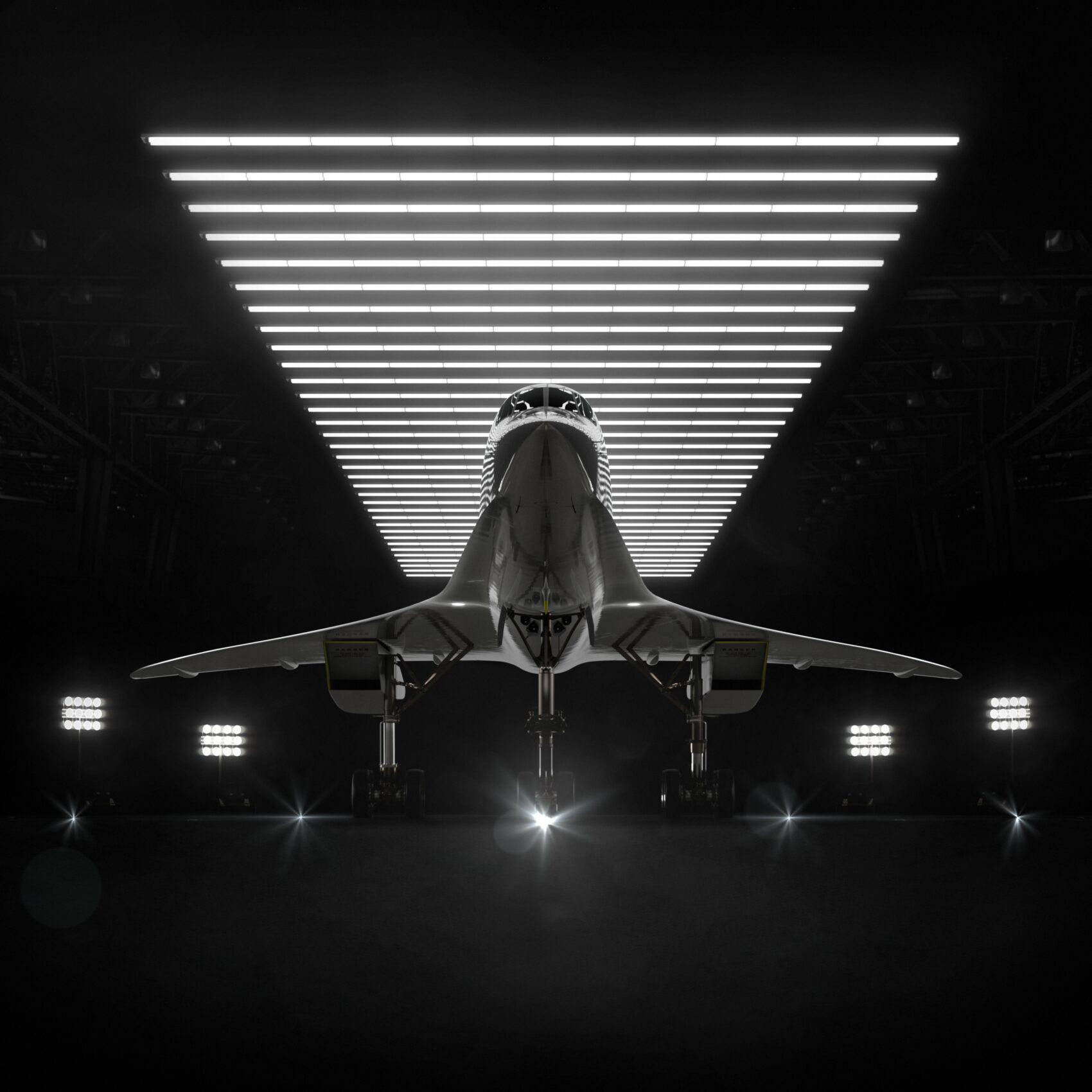 What does the arrival of supersonic aircraft mean for airlines? Boom says: “The first airlines to adopt supersonic jets will enjoy a significant competitive advantage. The advantage of dramatically faster itineraries will give operators an edge in attracting their competitors’ most profitable premium passengers. A halo effect increases share even on subsonic routes, as customers prefer to earn loyalty points with carriers who offer supersonic service.

“This is a significant shift in the competitive landscape. Today’s carriers have thin margins and must think constantly about fare levels and operating costs, because the industry is fairly undifferentiated. Deploying a supersonic airliner gives airlines the opportunity to offer a dramatically more attractive product.” 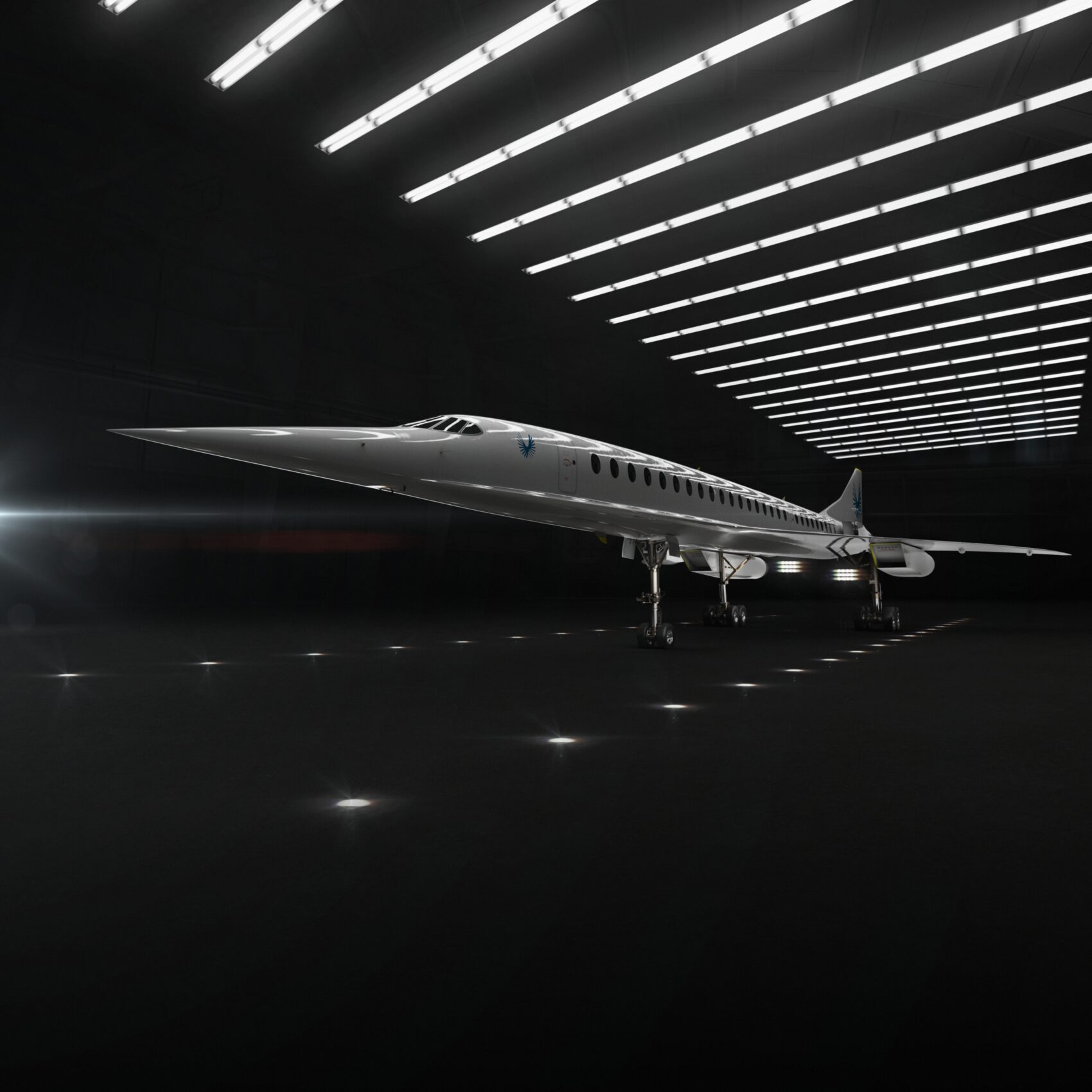 Boom isn’t the only company working on supersonic aircraft. Aerion Supersonic, which is based in Nevada, has partnered with Lockheed Martin to build the supersonic AS2 business jet, which will travel at Mach 1.2 (roughly 1,000 mph). This means it will achieve a “Boomless Cruise” so it can fly over land. Its debut flight is scheduled for 2023. 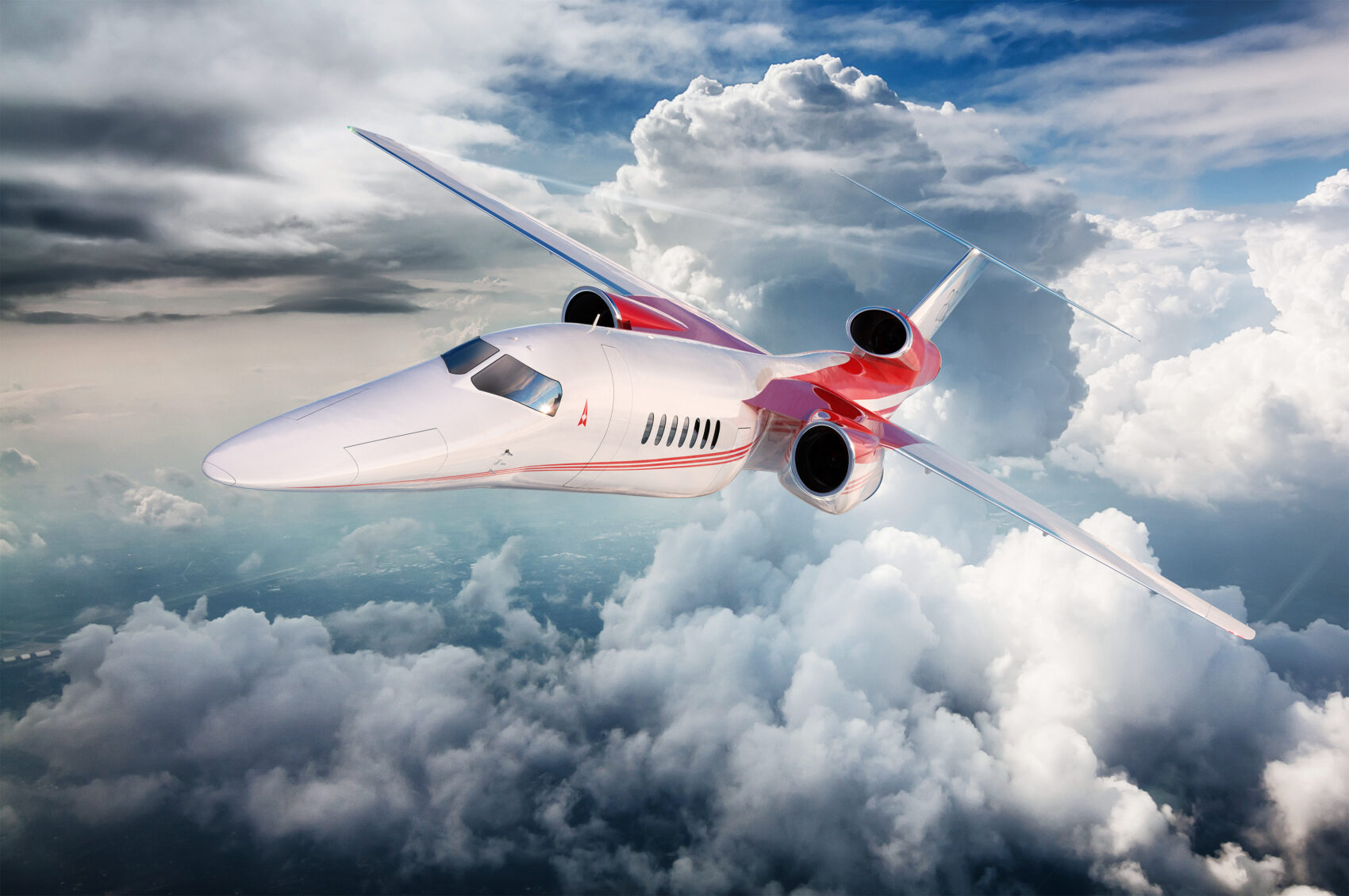 Meanwhile, Spike Aerospace is developing the “low boom” S-512 business jet – inside, it could sport hotel-style bedrooms, showers and (instead of windows) full-length high-definition screens that show a real-time view of the sky or movies of your choice.