Ben began by pointing out for frequent traveller, that sense of awe and wonder, surprise and delight that staying in five-star hotels elicits at the beginning, disappears pretty quickly over time. “You become desensitised to these amazing places around you. It becomes just another airport lounge, another hotel room, another city,” he said.

“The hotel itself – what it looks like and the things in it – aren’t enough to generate an emotional response or create a lasting memory,” he said. Luxury is all about how a guest feels. 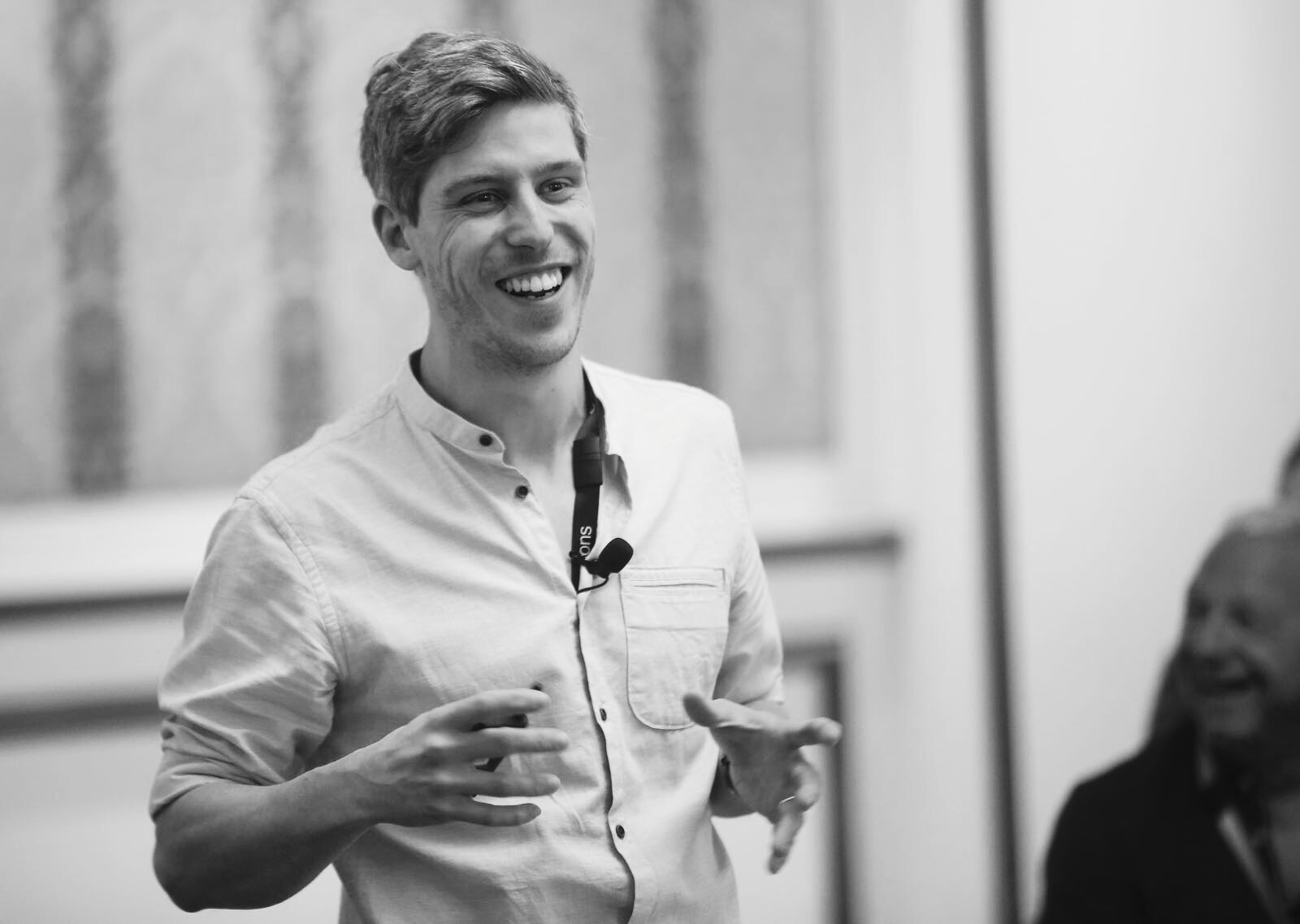 After graduating, Ben was in a band that went on tour. “One of the stories I always tell about that period of time is about when we checked into a Travelodge outside Leeds one night. It was 1am and we were exhausted.

“Somehow, the receptionist knew we were staying. She was a fan of the band and had printed off our artwork and written her favorite lyrics on it.

“We walked into the hotel room. And these handwritten lyrics were all over the place. It was amazing. It was such a personal and wonderful thing. And it triggered an emotional response in all of us. And do you know what? I can remember every detail of that Travelodge. I remember the lobby, the room, the people, the smell.

“Because that emotional response tells your brain to store that memory. Everything about it. But if you ask me about the luxury hotel we stayed at in Tokyo, I couldn’t even tell you what it was called.”

As Richard Branson once said: “Material things are delightful but they are not important.”

By 2022, the global luxury travel industry will be worth US$1,154 billion, growing at a rate of 6.4 per cent annually. But how will consumer tastes shift during this time – and how will companies be looking to capitalise on them?

This trend has been bubbling for some time, but not so much in the luxury space. Perhaps luxury brands have been concerned it would be seen as diluting their brand. But that’s not true any more. In fact, 78 per cent of luxury brands plan to explore collaborations and partnerships by 2020.

Strategic partnerships between brands can be mutually beneficial: at once generating kudos and awareness; a new kind of cool, access to new markets and the reinforcing of existing philosophies and aesthetics.

Ben said: “I recently got on a British Airways flight. I was already jet-lagged and zombie-like. I was not looking forward to a long-haul trip. But waiting for me on board was a little amenity kit provided by Liberty’s of London. 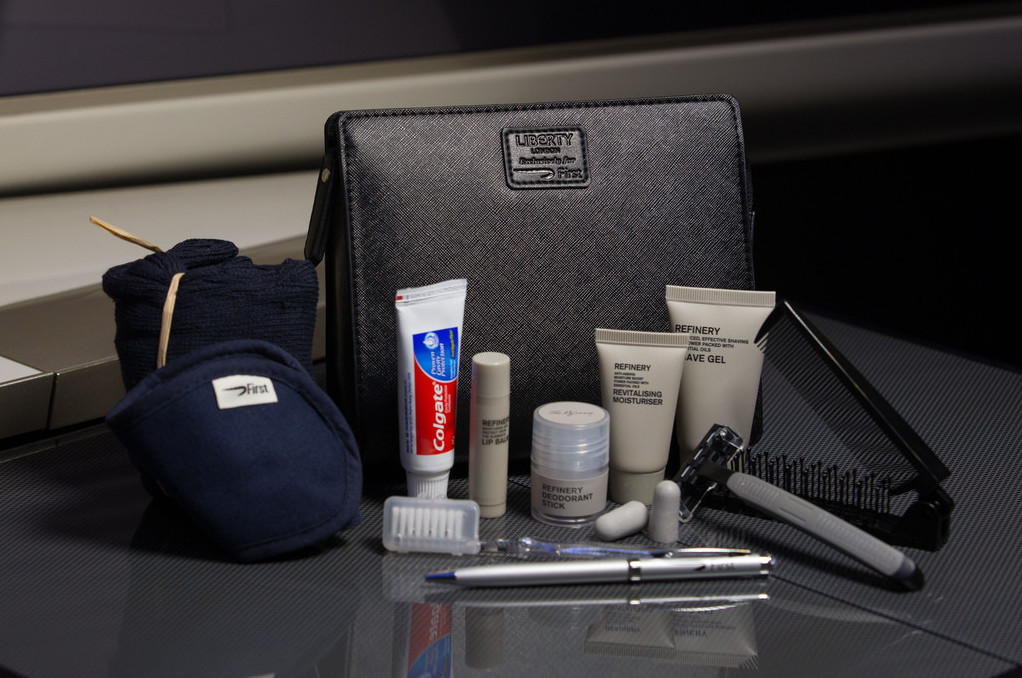 “It didn’t contain the usual freebies, it was a super luxurious kit with moisturiser, deodorant, a razor and really comfortable socks. It cheered me up straight away.

“That doesn’t take anything away from BA, right? In fact, you associate Liberty’s of London as a luxury brand, so British Airways almost becomes more luxurious by association.

“You don’t necessarily have to create that luxury yourself. In fact, sometimes you shouldn’t. BA could have created that exact same pack, put a BA logo on them, and I wouldn’t have thought so highly of it.” (Check out Etihad’s limited-edition Luxe city guide amenity kits.)

Other luxury travel partnerships have been from Louis Vuitton and BMW, which together launched a four-piece luggage set. Costing US$20,000, each bag is made from carbon fibre and neatly fits into the BMW i8 sports car, which costs US$135,000. 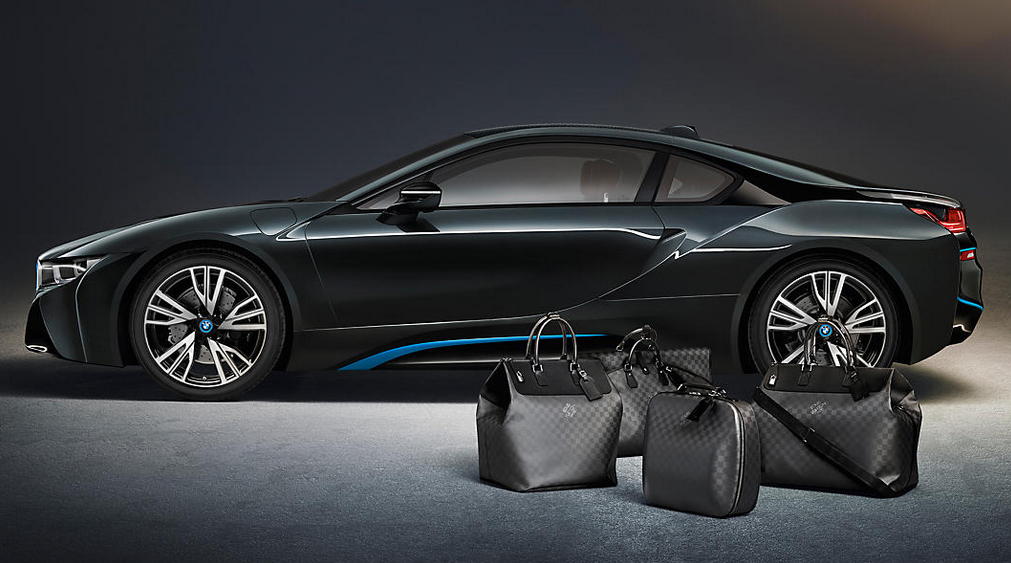 “And do you want to know the best part about it? Dom Perignon promoted the collaboration too, so the hotel reached a wide new audience. And the suite was covered by many of the top media sites because it was such a unique concept. It reached millions.

“Co-branding makes a lot of sense when you think about it. Both luxury brands are reinforcing themselves.”

We’ve all heard about experiential travel but for a growing sub-section of travellers, it’s time to up the ante. It’s no longer enough to go on a nature walk or wine tasting tour. As with all trends, by the time the industry has caught up and the idea has become mainstream (just look at Airbnb Trips), something new is causing excitement among innovators and early adopters.

Travel is like a drug – you become addicted and build up a tolerance. For many people, arriving in a new city no longer provides the same buzz it used to – now they are looking for more extreme experiences. By 2020, the extreme travel industry is set to grow 46 per cent.

The modern explorer seeks dramatic landscapes, remote locations, wilderness, death-defying activities and extreme climates. They seek out new-found self knowledge, the sense of feeling alive and the social prestige of having achieved something none of their friends have. 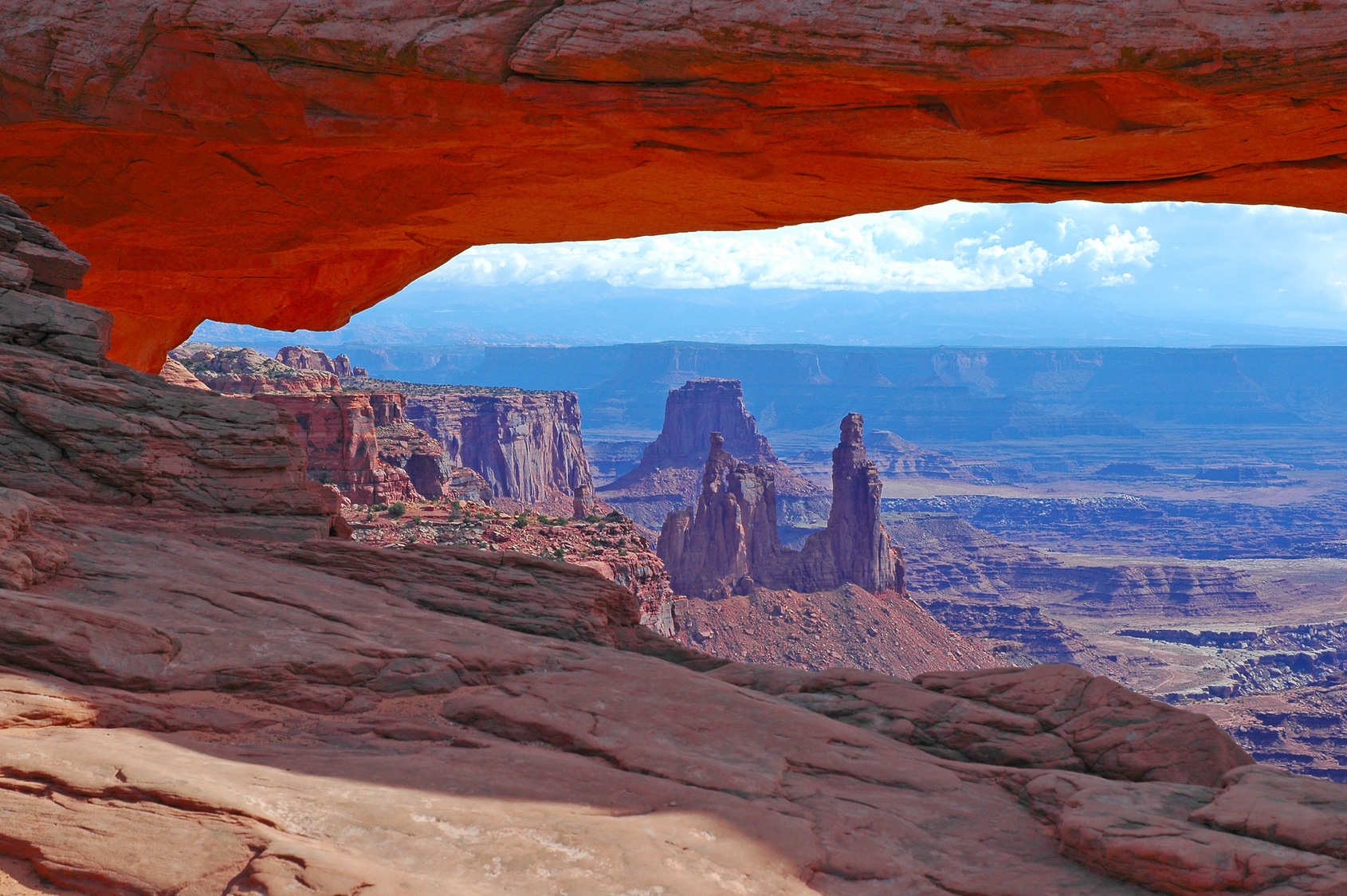 The new luxury is about survival, discomfort and labour. For the stressed-out executive, sleeping in a tent and climbing mountains can clear the mind in a way that lounging by a pool cannot. Extreme travel not only inspires personal growth and power, but profit for the companies who enable it.

Run by former Royal Marine, the Extraordinary Adventure Club charges £175,000 per person for a six-month bespoke personal development programme that involves sending people on secret missions to remote locations around the globe where they are embedded in local tribes or remote forests. They might explore caves in Vietnam or motorbike across the Gobi desert.

All participants begin with a retreat in the Scottish Highlands where they undergo physical and psychological assessments. Along the way, they are provided counselling and mentoring to help them discover the meaning of life and their true self. It always involves having to do things they are terrified of (such as confronting a pack of wolves in Alaska) and that they don’t believe they can do.

Calum Morrison, founder of the Extraordinary Adventure Club, says: “The point is for them to let go of control and be totally engaged in what they’re doing. It’s about dislocating expectation. When you take away water, it becomes a luxury; when you’ve only had cold water, hot water becomes a treat.” 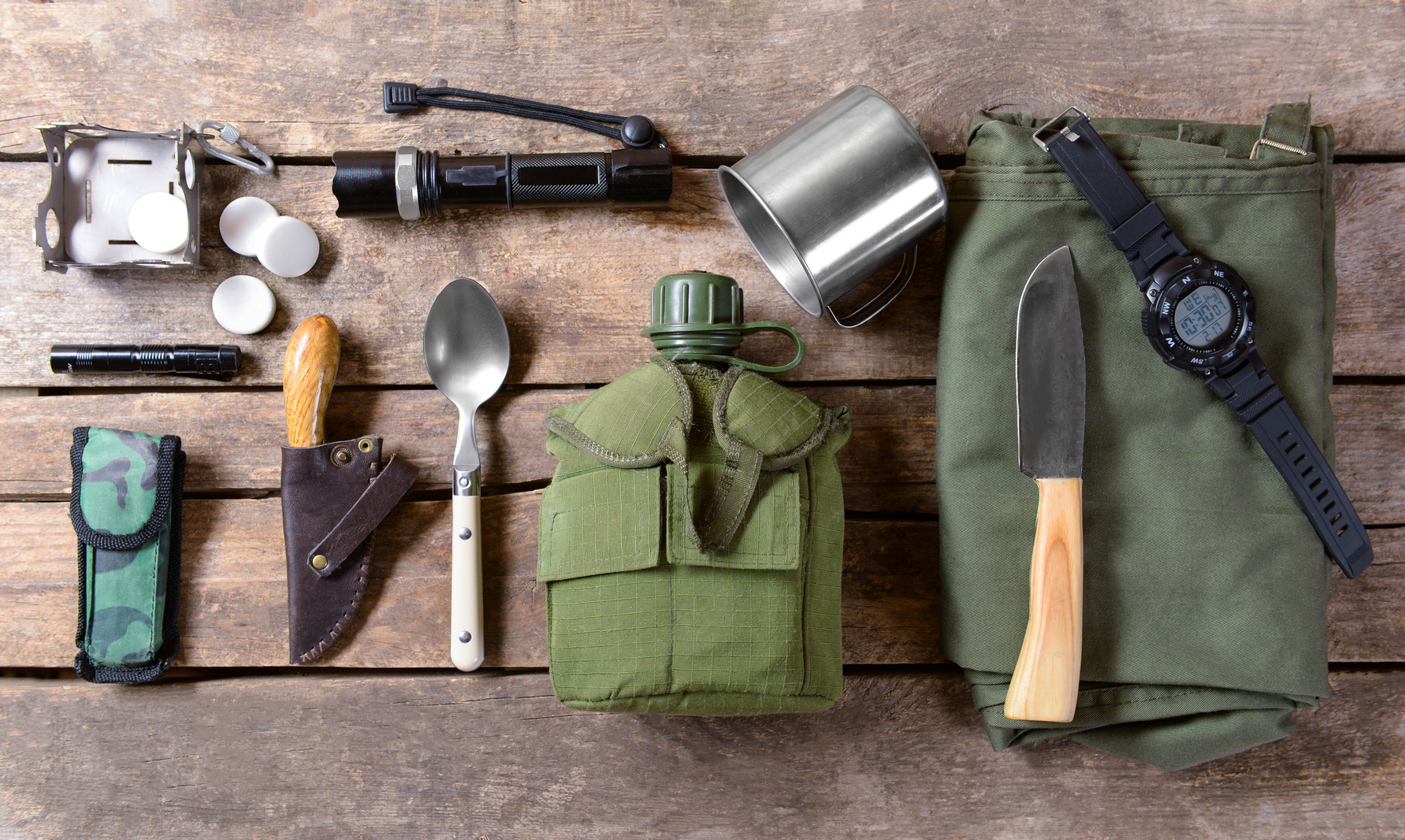 Other companies that offer extreme travel experiences include:

Secret Compass – an expedition and adventure travel company operating in the world’s wildest places. It runs high-risk and extreme projects for brands and hosts 12 expeditions a year to off-the-grid places from £15,000 per person.

Experiences by Total Management – this company can arrange polar diving in Antarctica or Porsche ice rally driving in Sweden.

Demographics are far less relevant today – we are living in the age of the individual. Travel companies can no longer make assumptions about what certain “types” of people want.

Have you heard of the Grey Gappers? Nowadays, retirees are taking gap years and exotic round-the-world trips. At the same time, an increasing number of young people are choosing to go on cruises (albeit ones with famous DJs, zombie themes and free-flowing booze).

A survey of 2,000 people in summer 2016 by global travel technology company Sabre found that many UK consumers are now content to share their personal information in return for more bespoke service, with 25 per cent agreeing to share their location with travel companies, and 33 per cent their travel history.

In total, 69 per cent of travellers think it is important to receive options catered to their personal taste and history of preferences. 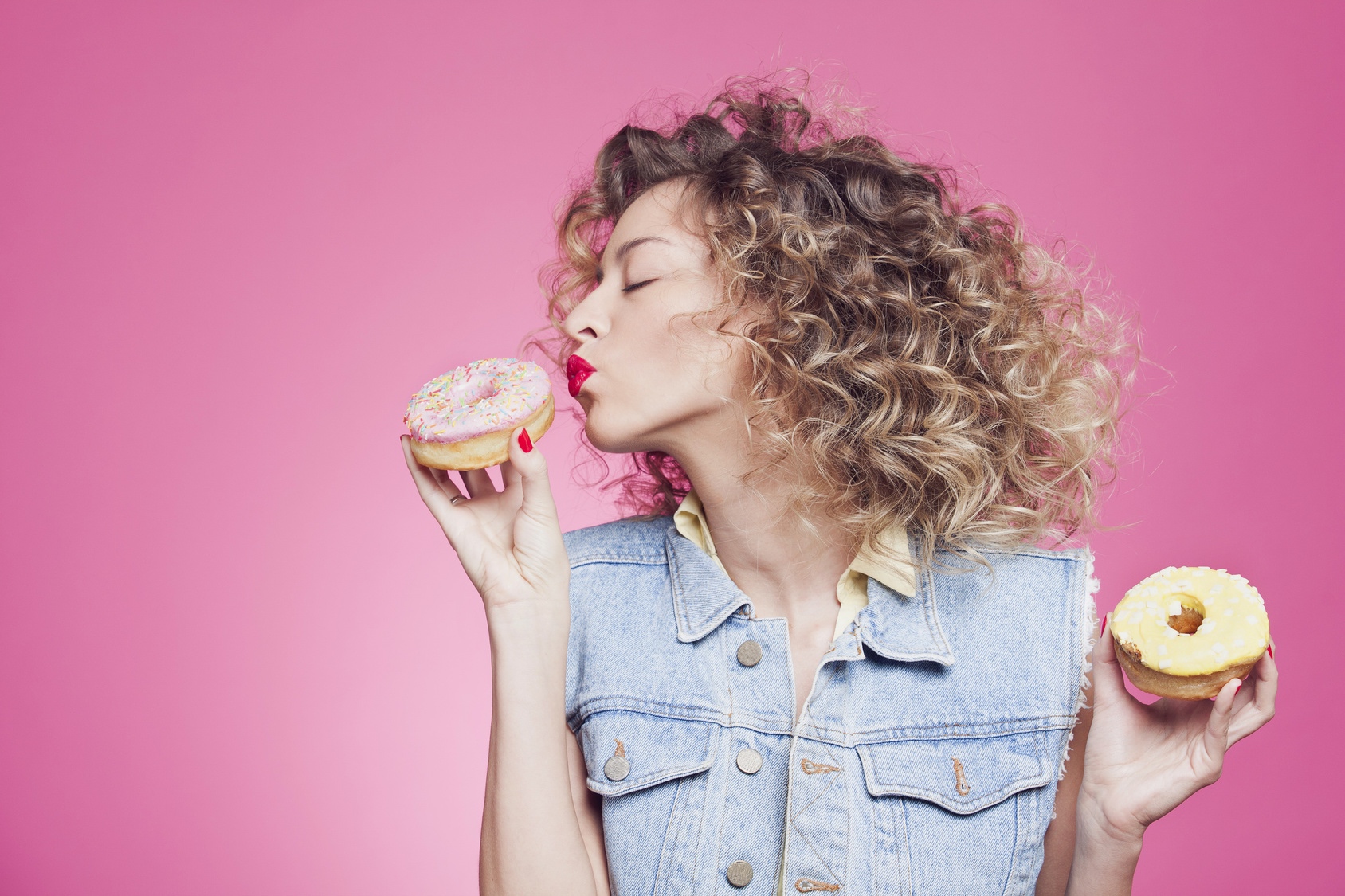 Travel companies need to get up close and personal with customers. But there must also be a two-way exchange, just like in any relationship, where personal information that is shared, is consequently rewarded.

There needs to be trust, and from trust comes loyalty, and word of mouth praise and recommendations. If there is an incentive for consumers to share data about themselves, then they will. But companies mustn’t abuse this knowledge.

Some hotels are already looking up VIP guests online and anticipating what they might appreciate when they get there. In the future, hotel software will automatically link with guests’ social media profiles.

A number of travel companies are investing in “innovation labs” to help them develop new strategies, concepts and closer relationships with their target markets.

New hotel brand Jo and Joe has been developed by the Accorhotels Marketing Innovation Lab – with the help of students, travellers and outside experts.

Jo and Joe is setting about redefining accommodation by creating zany “Open Houses” that are described as a combination of hotel, hostel and apartment. The first one is opening in 2018 – by 2020 it hopes to have 50 around the world. Interiors have wild colour schemes, communal kitchens, modular sleeping areas and an emphasis on fun. 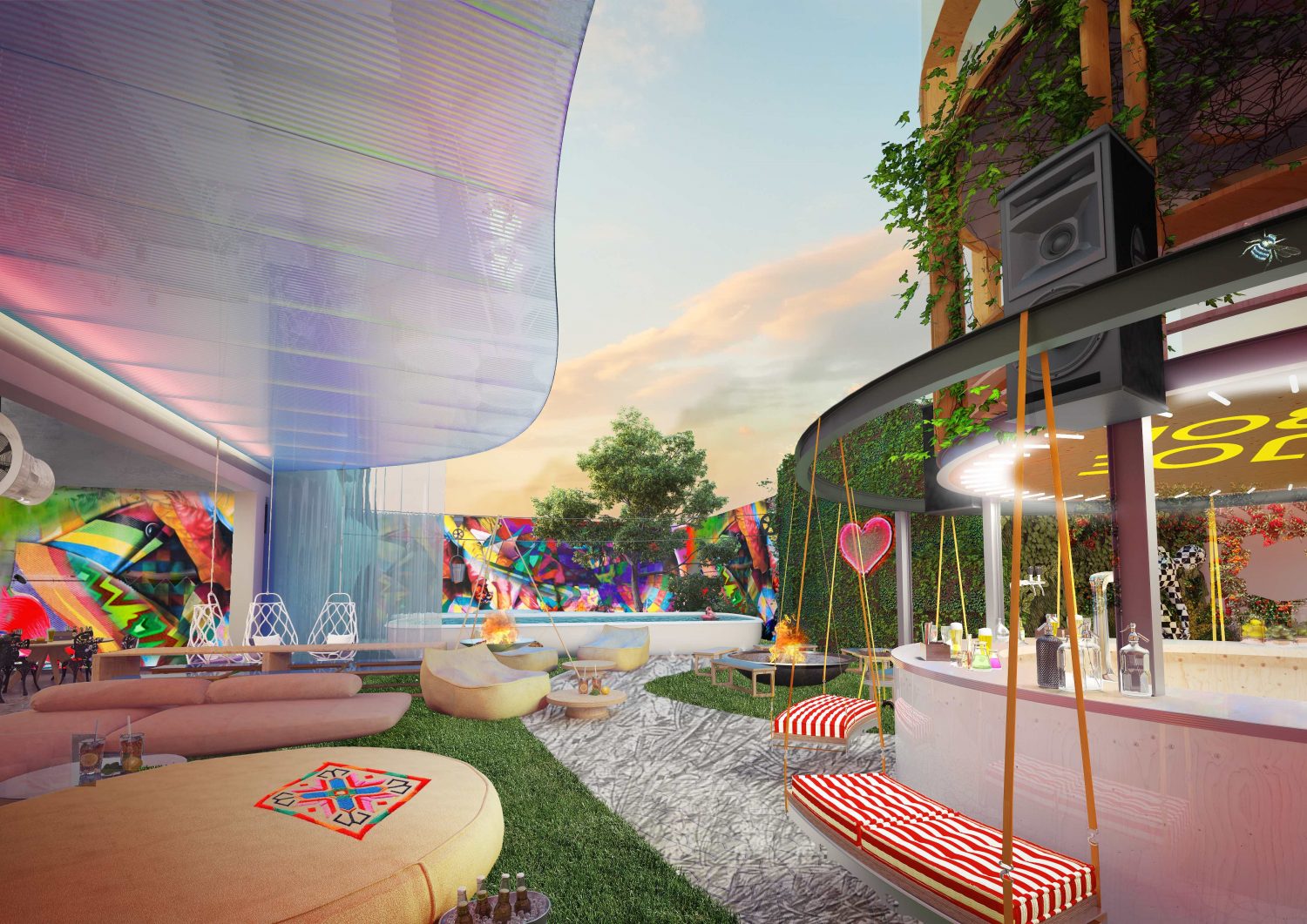 Other travel companies with innovation labs include Marriott, which has a “live beta” hotel in Charlotte; Singapore Changi Airport, which has a US$35 million Living Lab Programme; Scandinavian airline SAS and German boutique hotel chain 25 Hours.

Ben said: “Another way we’re seeing travel companies getting more personal is through artificial intelligence. This might seem counter-intuitive, but it really works. I recently booked a flight to Amsterdam using Kayak’s AI chat bot. It felt I was talking to a real person. Not only did it book my flight, but the chat bot sent me updates about the flight, the arrival times and the weather.”

Most people are more comfortable interacting via instant messaging so enabling travel bookings to be made via Facebook Messenger, for example, feels more personal. Even if they are interacting with a robot. 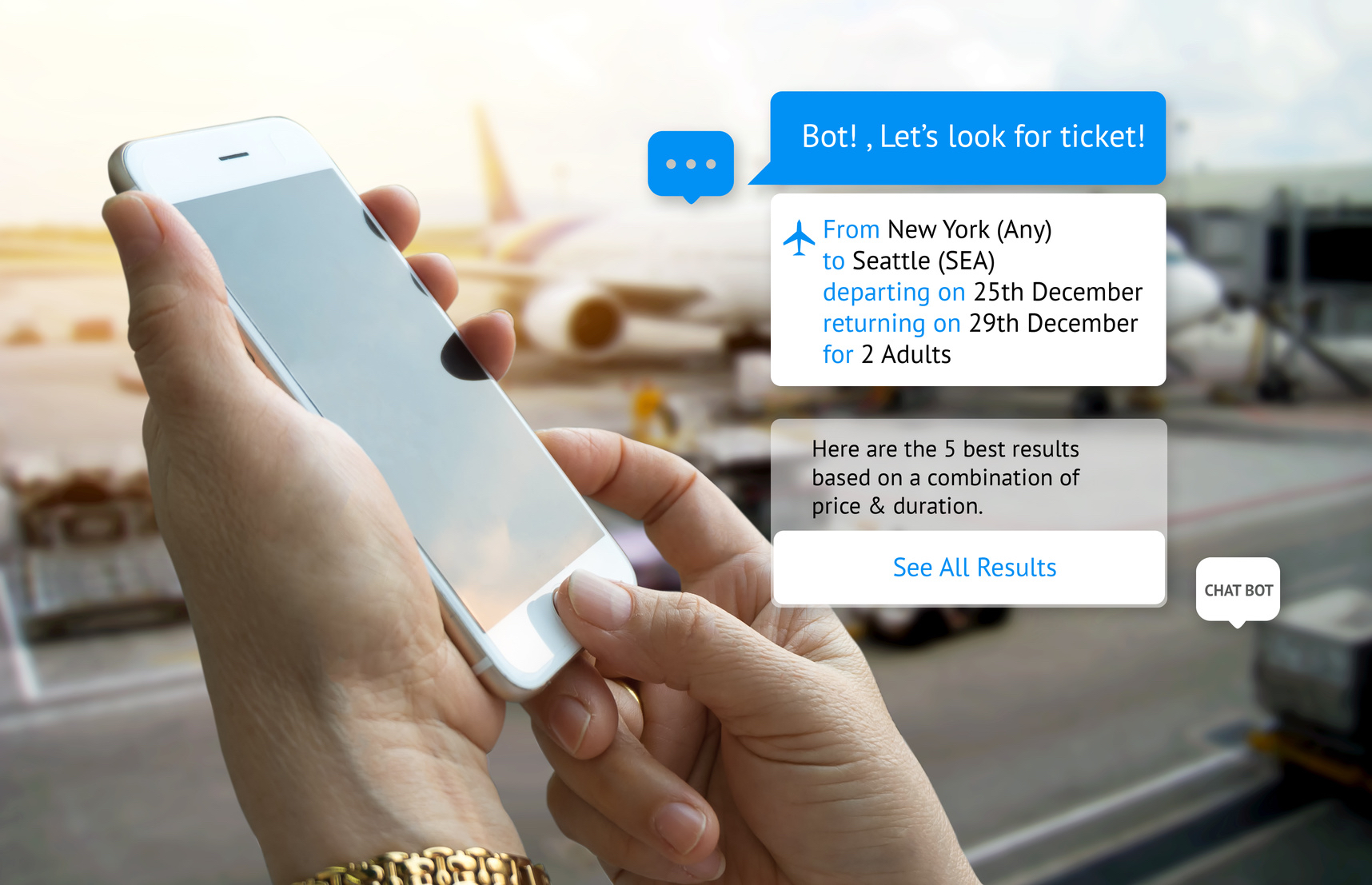 Kayak, HipMunk, Expedia, Skyscanner, KLM, Lufthansa, BA and many others have launched chatbots to perform this service. Think about how SMS became the perfect medium for navigating new relationships between people – when letters are too slow and phone calls are too intense, the brevity and ease of a text message is perfect.

People have also become accustomed to voice-activated personal assistants on their phones, and as the Internet of Things arrives in people’s homes, hotels and even airlines will be able use this technology to take the legwork out of one-to-one interactions without their being a detrimental effect on the relationship.

The Wynn hotel in Las Vegas has installed Amazon Echo speakers in all its 4,700 bedrooms that allow guests to control the curtains, TV and air conditioning with voice commands.

Last year Starwood’s Aloft hotel has unveiled a prototype voice-activated hotel room – guests can now turn off the lights with a simple “Goodnight”. They can adjust the room temperature and play their favourite music by asking out loud.