London’s famous American bar at the five-star Savoy hotel has launched a series of new drinks inspired by British folklore, nature and histoy. Hannah Hastings reports on the rise of the concept cocktail

London’s love of cocktails has not wavered in the last decade. Pop-up bars, mixing classes and themed happy hours can be found in almost every part in the capital, making the choice of bar as complex as choosing your evening tipple.

Last month, the American bar at the Savoy hotel, which has been rated one of the best in the world, launched its latest cocktail menu. Titled “Coast to Coast”, each drink has been inspired by the best of British culture, from landmarks to folktales.

Created by manager Declan McGurk and head bartender Erik Lorincz, the menu intertwines distinctive spirits and ingredients to emphasise the characteristics of each location. Journeying from the south to the north of Britain, guests will be treated to eye-catching concoctions served on silver art deco trays.

Upon highlighting their latest cocktails, McGurk says: “We decided that the focus should be on the table, to see how we can enhance the guest experience; and from this a journey of character and content was born.”

Listed below are the five cocktails which make up the “Coast to Coast” menu. Who knows, they might join the American bar’s hall of fame for signature drinks, along with the Hanky Panky and the White Lady. 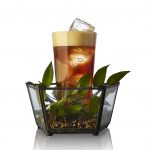 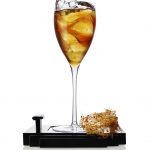 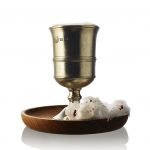 Inspired by the legend of Robin Hood and Sherwood Forest, this cocktail infuses flavours from the woodland, served in a silver goblet. The ingredients include mezcal, birch liqueur, pink peppercorn honey, egg white, fresh lime, eucalyptus and acorn.