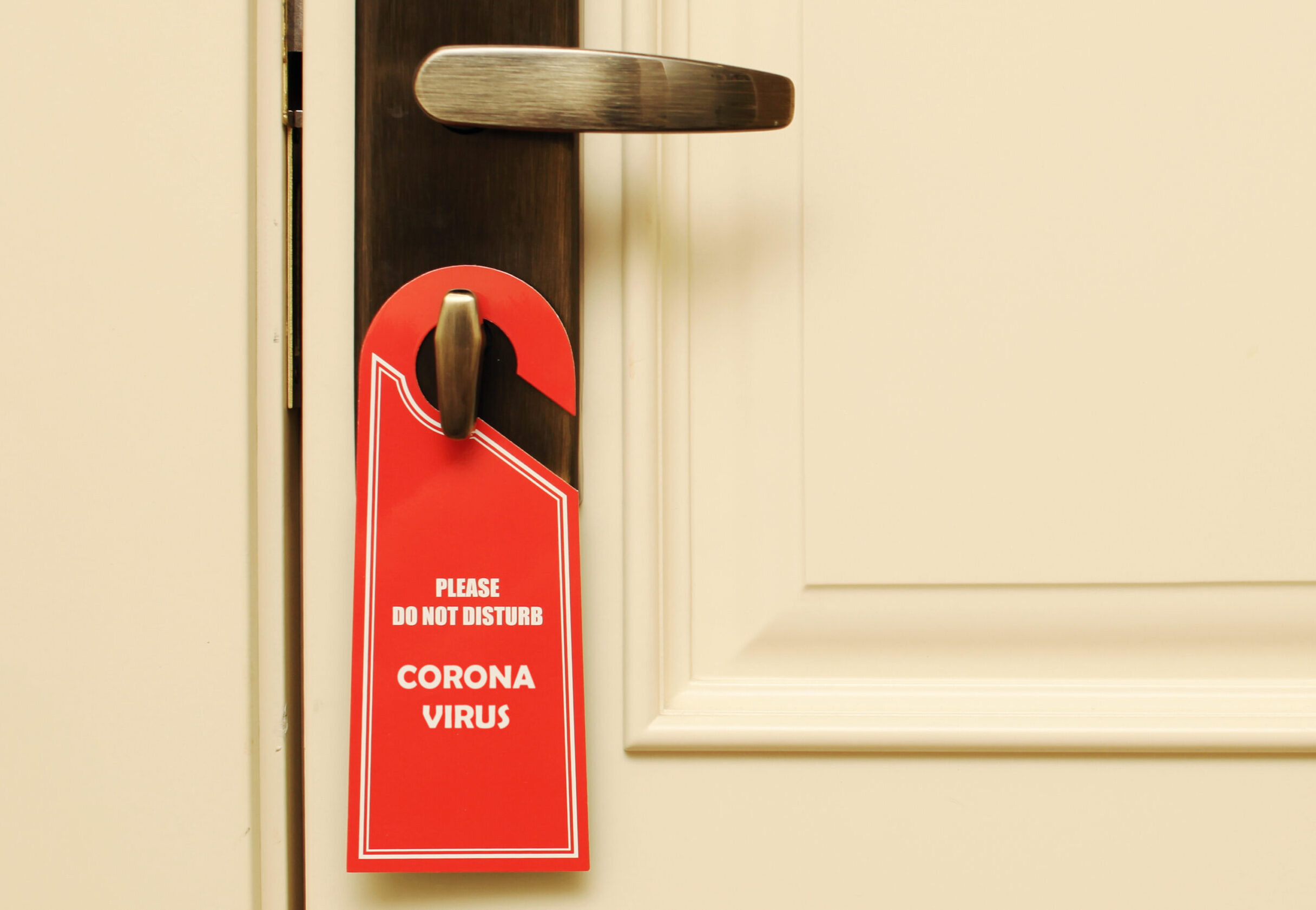 What will UK quarantine hotels mean for the future of travel?

In a bid to protect the UK from new strains of Covid-19, the government is introducing quarantine hotels for inbound travellers. Globetrender editor and founder Jenny Southan shares her opinion and insights

What are quarantine hotels?

The idea is that all passengers coming into the UK – or possibly just those arriving from high-risk countries such as Brazil, Portugal and South Africa (the latter has now been confirmed by the BBC), where new strains of Covid have been identified – will have to spend ten days in a designated airport hotel in isolation and at their own expense.

A ten-day stay could cost in the region of £1,000 for a solo traveller. Meals will be left outside of doors on a tray, there may not be alcohol available, there will be guards to make sure you don’t leave for some fresh air. If the wifi doesn’t work – too bad. Make sure you bring some books. You won’t get your room cleaned because staff won’t be allowed in. (Here is a review of an airport hotel quarantine in Hong Kong.)

Quarantine hotels are very effective at keeping out imported cases of the virus. Australia has had just 28,750 positive Covid cases during the entire pandemic – in the UK, we have that on a daily basis.

However, as we have seen in Australia, they are a huge logistical undertaking and even with all the most rigorous protocols, staff training, security and testing measures in place, the virus has still been passed on from arriving passengers to the local community via people working in the airport and hotels. The Melbourne outbreak in the summer is a good example.

There is, however, an argument that quarantine hotels only really work if the government is also going to close borders completely to non-citizens and residents, as Australia did, with limited exemptions. For the UK, some argue that it’s a year too late to impose these kinds of measures as Covid is already rife.

Even though the idea of quarantining in an airport hotel will be very off-putting to most people, Australia still has to cap the numbers of people it will accept coming into the country on a daily basis so it infrastructure can cope (at one point Sydney was only accepting 350 people a day).

Hotels around Heathrow only collectively have about 10,000 rooms – but the airport says that even on its quietest days it has been receiving 6,000 passengers a day, representing 3 per cent of the 200,000 we saw in 2019).

Even though they will be effective at putting people off of travelling in the first place, quarantine hotels could end up being a costly mistake as they are not foolproof at containing the virus and will be complicated and expensive to set up and impose.

Are they too restrictive?

If the primary goal is to stop people travelling and contain the virus then, no, they are not too restrictive. If we want to retain some level of freedom as citizens and keep the economy moving, then yes, they are too restrictive as only a small majority of people will have the right to travel and be able to afford the cost and inconvenience of a hotel quarantine.

Luckily, for the time being, the rules only apply to people flying from high-risk countries.

What’s the alternative to quarantine hotels?

Viruses mutate and Covid will continue to do so, for months and even years to come. What the government needs to do is stop implementing rules for the short-term, which then need to be revised after a month or two because they aren’t viable.

We need measures to manage Covid that will be in place at borders for the long-term. If we close our borders and stop all but a few people coming into and out of our island, it will be incredibly damaging to the economic health of the country and turn citizens into prisoners. We have to be given some degree of freedom and personal responsibility.

It could be argued that it doesn’t make sense to keep people imprisoned at an airport hotel if they have tested negative before departure, and can get in their own car or a taxi and go to their own home to isolate. There need to be sensible allowances made. A ban on taking public transport such as trains and buses is a good idea though.

The government should instead invest further in widespread and affordable Covid testing at airports for arrivals (if you test positive, you – and possibly all the other passengers on the plane – go to the quarantine hotel or hospital). Private clinics and high-street pharmacies also need help to provide follow-up tests at scale to make the Test to Release system work. (Melia Health has already partnered with high-street pharmacy Superdrug.)

I am sure that a lot of people would even accept being tracked by the government via their phones if it meant they could return to their own home or a hotel of their choosing to self-isolate until they receive the all-clear.

People have still been travelling in and out of the UK – is it all really essential?

There are loopholes for those willing to exploit them but traffic is a fraction of what it was in 2019.

When we see people arriving into the UK, where are the coming from and is it for essential business purposes?

People coming to the UK have had to bring proof of a negative Covid test and self-isolate for ten days – up until now, that has been at a location of their choice.

There has been no explicit ban on tourism but very few people are going to be wanting to take a holiday in the UK during a national lockdown in a country with a new strain of the virus and where they have to quarantine for almost two weeks.

So it will mainly be people coming for business (those could be government contractors, drivers of goods vehicles and elite sportspeople) and British nationals returning from overseas. The rules are very strict – even journalists with the exception of the BBC are no longer able to travel for work.

In the last month, travel from South America and Portugal has been banned, as well as travel from countries in southern and central Africa. Direct flights from South Africa have also been suspended. (More information here.)

How does the UK compare with other countries in terms of travel restrictions?

Our rules are getting a lot more severe, in line with destinations such as Australia, New Zealand and Hong Kong, which have essentially closed their borders since last spring, and have been requiring arrivals to quarantine in hotels for two weeks at their own expense.

Hong Kong has even extended its two-week isolation period to three weeks recently and also requires geo-location tracking tags to be worn by people.

Meanwhile, the US, under President Biden, has banned almost all non-US travellers from the UK, Ireland, Europe and Brazil.

Interestingly, the Seychelles is the first country to say it will be welcoming holidaymakers who can prove they have been vaccinated, so this could be a great place to book a holiday to if you have had the jab as you won’t have to quarantine. That is, unless we find out that “Vaccine VIPs” can still transmit the virus. Then we have a problem.

What effect will quarantine hotels have on the travel industry?

If all inbound passengers had to quarantine, it would be very damaging. Shares in European airlines are already tumbling and many businesses that have been hanging on over the last year will go bust unless they get bailed out. Just look at Eurostar which is is facing collapse unless there is a rescue deal.

The public won’t have the confidence to book holidays or even business trips while there is a risk of having to quarantine in an airport hotel when they come back.

This will mean airlines, hotels and tour operators will experience another barrier to receiving much-needed revenue. Many people will put their plans for a summer holiday on ice unless they know they can change their booking to later in the year at no extra cost.

Before the pandemic, Visit Britain predicted that inbound tourism to the UK would generate £24.7 billion in spending in 2020 but numbers now show that the number of visits declined by 76 per cent and spending dropped to just £5.7 billion.

For 2021, it was hoping to see a small increase in inbound tourism during the early part of the year, however, with quarantine hotels this slender recovery will be dashed.

When can we expect a recovery?

The idea of these enhanced measures are to help ensure the wellbeing of the over 50s by guaranteeing they all get the vaccine before new variants start entering the mainstream.

I believe the plan is for everyone in this age group to have received the jab by the end of April so perhaps from early May we will see travel restrictions being relaxed slightly. At least in terms of outbound travel.

The hope of course is that once people have had the vaccine, these Vaccine VIPs, as we call them at Globetrender, will be granted immunity passports and allowed to travel.

But because so many people will be redeeming travel vouchers from previously cancelled trips or taking postponed holidays rather than making new bookings, travel companies will continue to be struggling for a long time to come as the money won’t be there for them to recoup their losses.