People have inhabited caves for millennia but it’s safe to say they never looked quite as chic as boutique hotel and spa La Dimora di Metello. Olivia Palamountain reports

From Stone Age to swanky, La Dimora di Metello, in the southern Italian city of Matera, is an unusual property with character in spades thanks to its unique history. Situated in the sassi, it was once an ancient cave dwelling that formed part of a community believed to be among the first human settlements in Italy, stretching back as early as 7000BC. 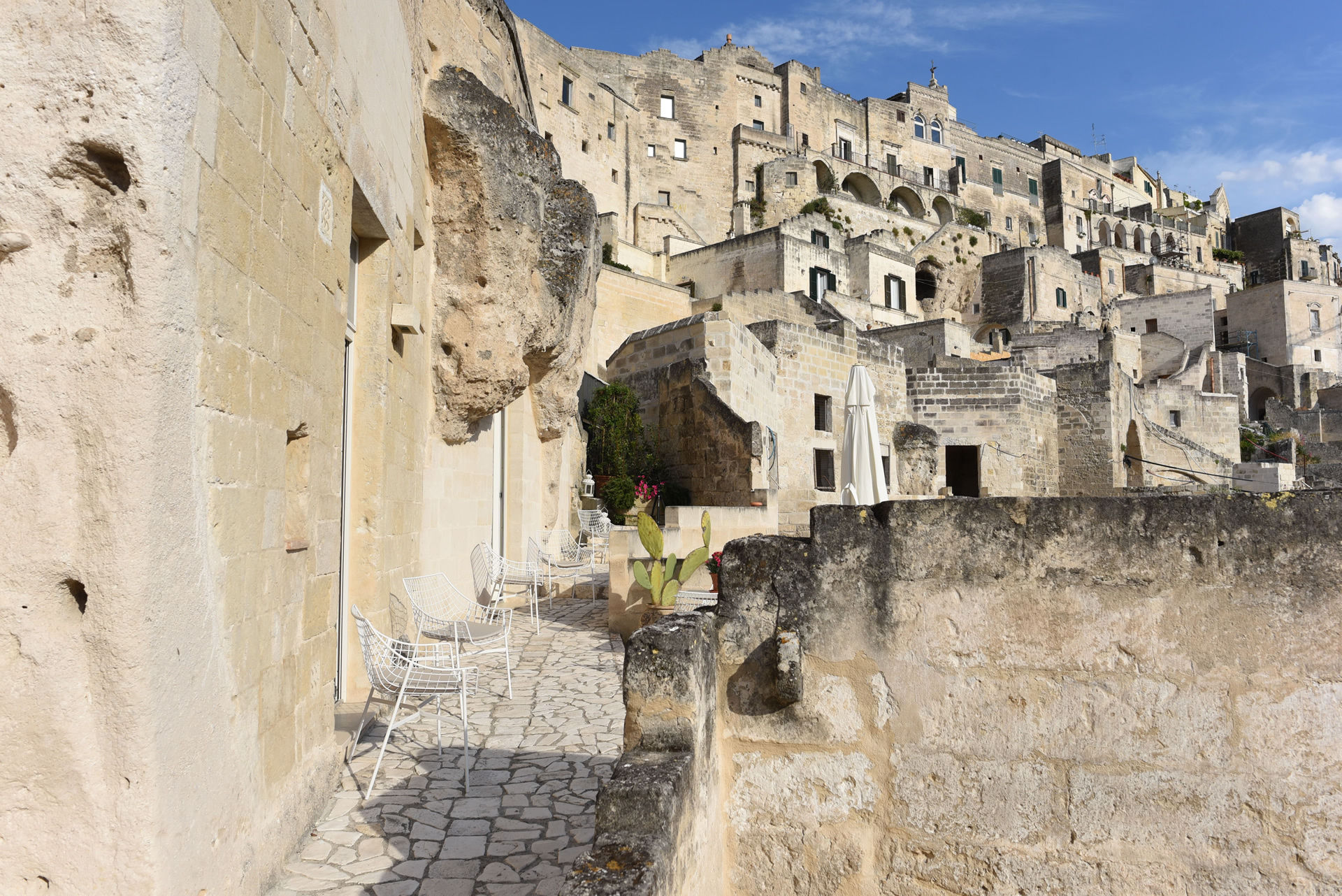 Dug out of local calcarenite rock, there’s more than a whiff of The Flintstones about the sassi, built in a hodgepodge of sizes and shapes on one side of the La Gravina ravine.

After a government-forced relocation in the 50s, many of the caves fell into disrepair but after being named a UNESCO World Heritage site in 1993, interest in the grottos has flourished and a community of businesses, pubs and hotels has begun to thrive once more. 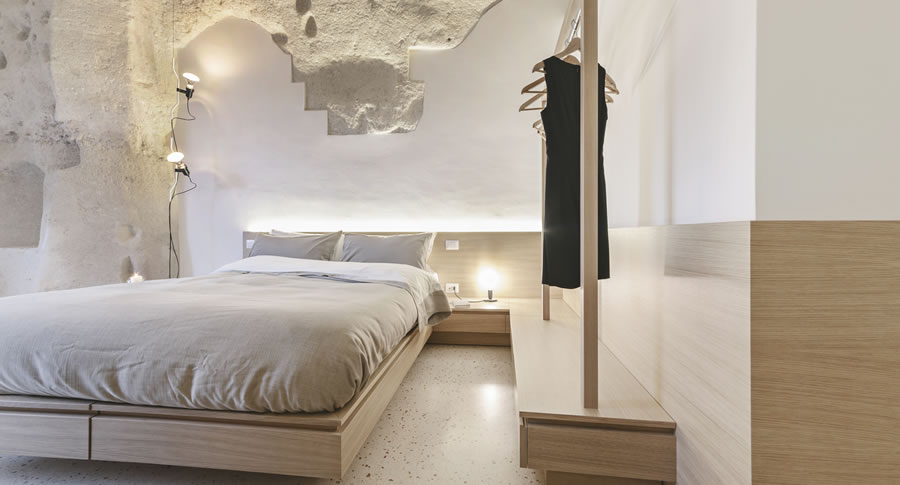 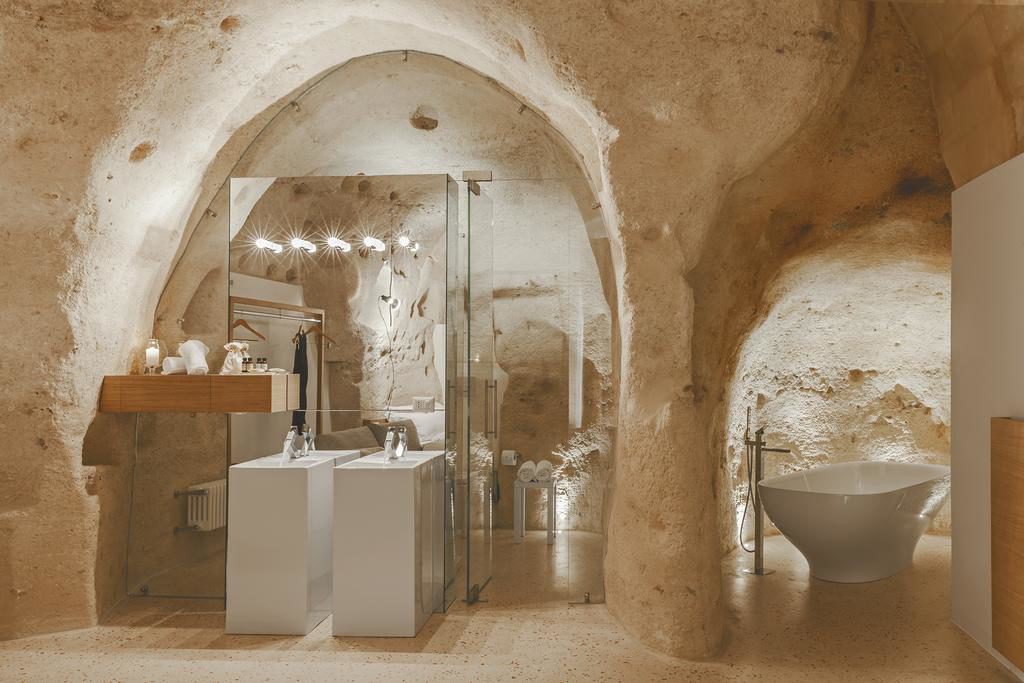 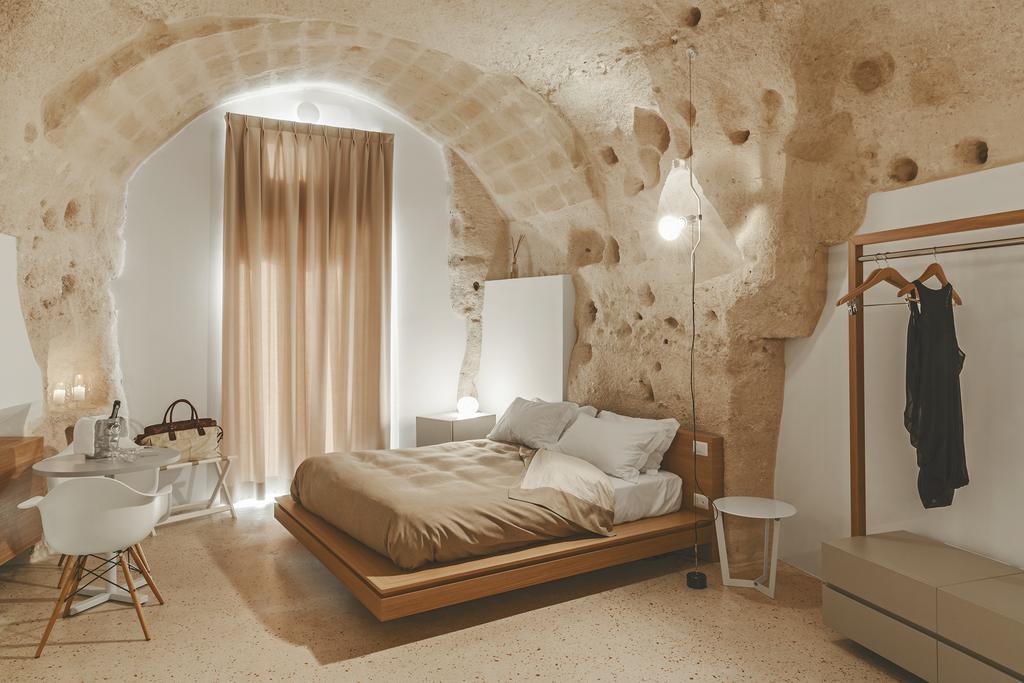 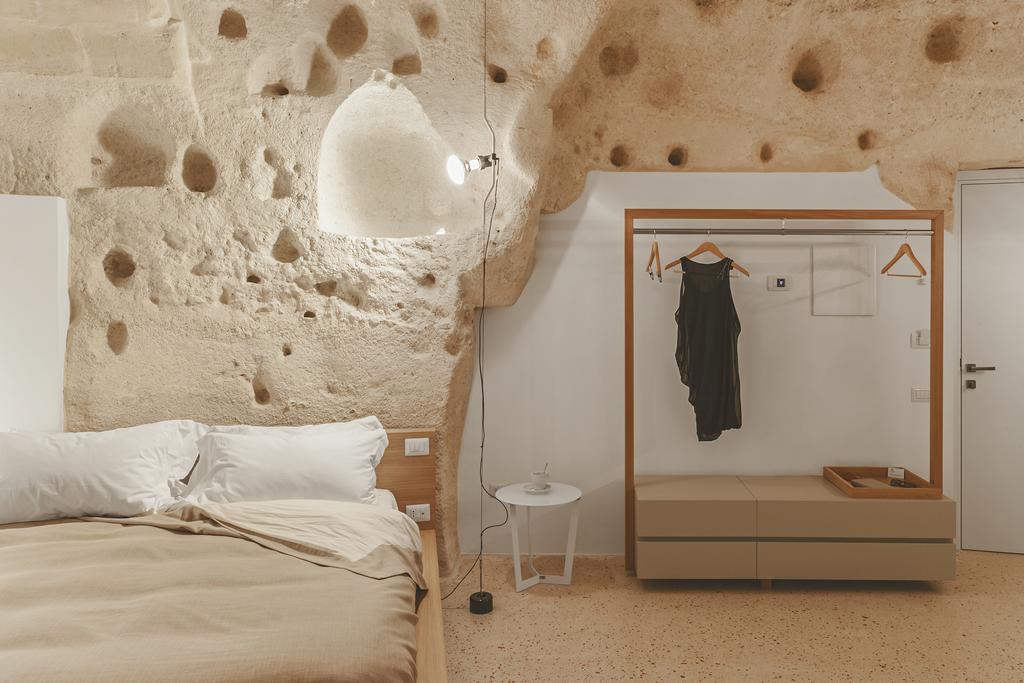 La Dimora di Metello has been transformed into an atmospheric single-level property by local architecture practice Manca Studio, respecting the context and history of these caves while offering the best in luxury hospitality.

Beautifully updated and rendered in neutral tones and organic materials to complement the texture and colour of the rock, Manca Studio hired artisans and craftspeople to recover the cave dwellings and repurpose the chambers into comfortable, elegant public areas and four intimate, romantic suites. 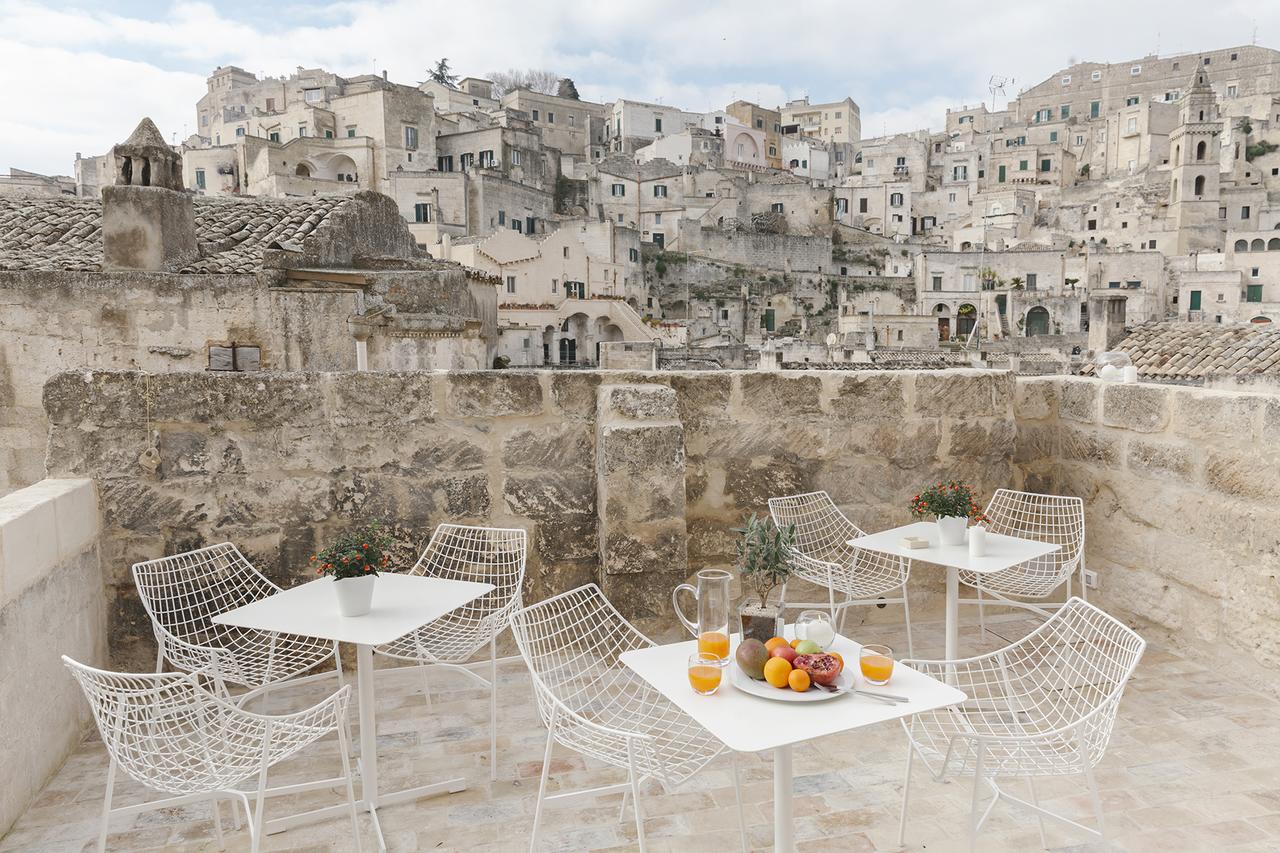 While hotel amenities are rather thin on the ground, guests can drink in panoramic views of the Sasso Barisano from the hotel’s outdoor terrace (accessible from each of the four bedrooms) or enjoy pampering of the highest order at the Domus Spa, with its bio sauna and treatment rooms. If only these walls could talk…