The first lifestyle hotel from Radisson Red opened three months ago in Brussels, with the aim of appealing to people with a “Millennial mindset”.

Created by the Carlson Rezidor Hotel Group, which also has a chain of corporate-style Radisson Blu hotels, Radisson Red is its more hipster variant. 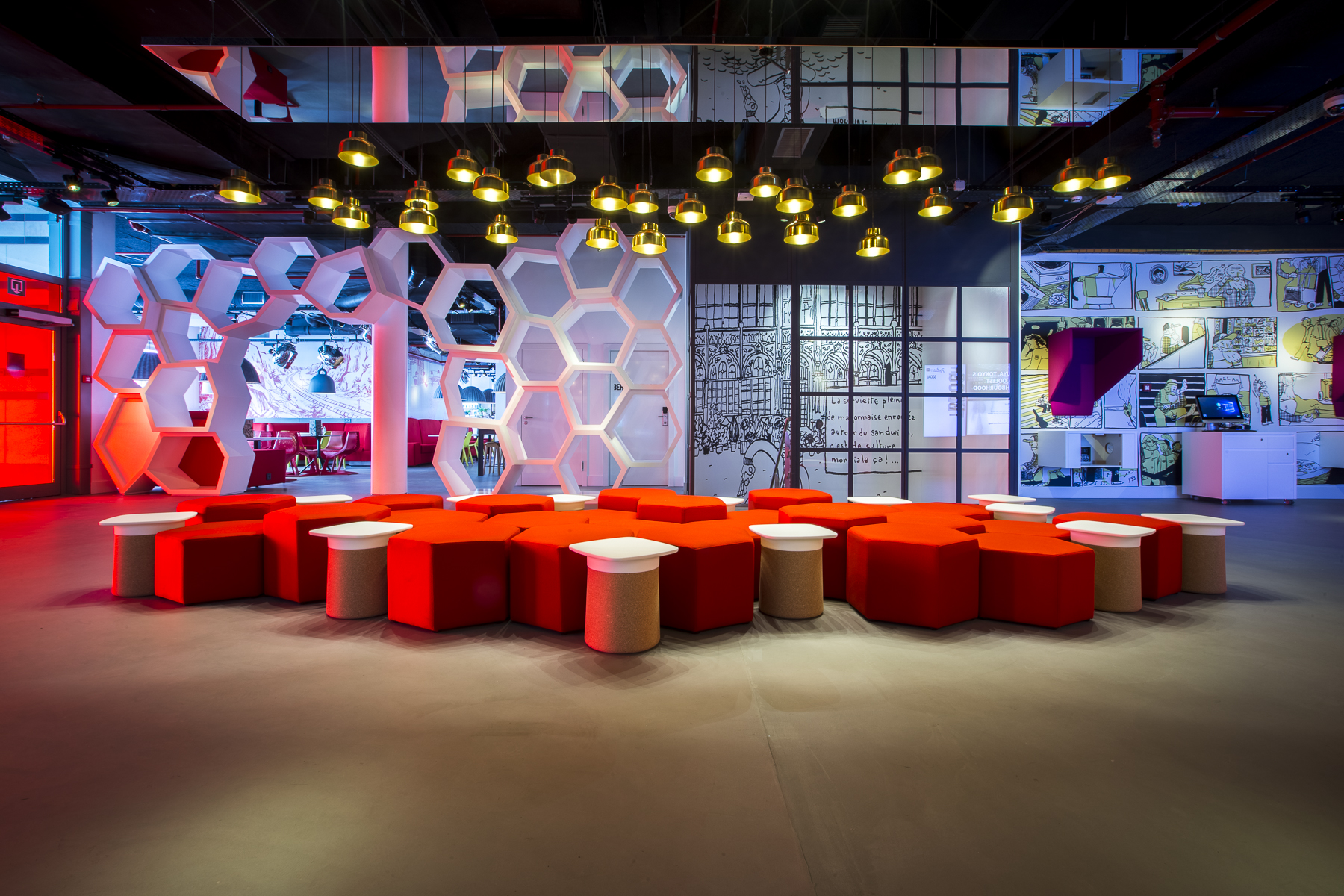 Of course, the term Millennial is just marketing speak for “young person”, but that doesn’t sound quite as sexy. And the “ ageless Millennial mindset” is just a way of saying that the hotel is for anyone who thinks a bit like a young person, but jargon aside, Radisson Red is working hard to be innovative for the 21st-century traveller. 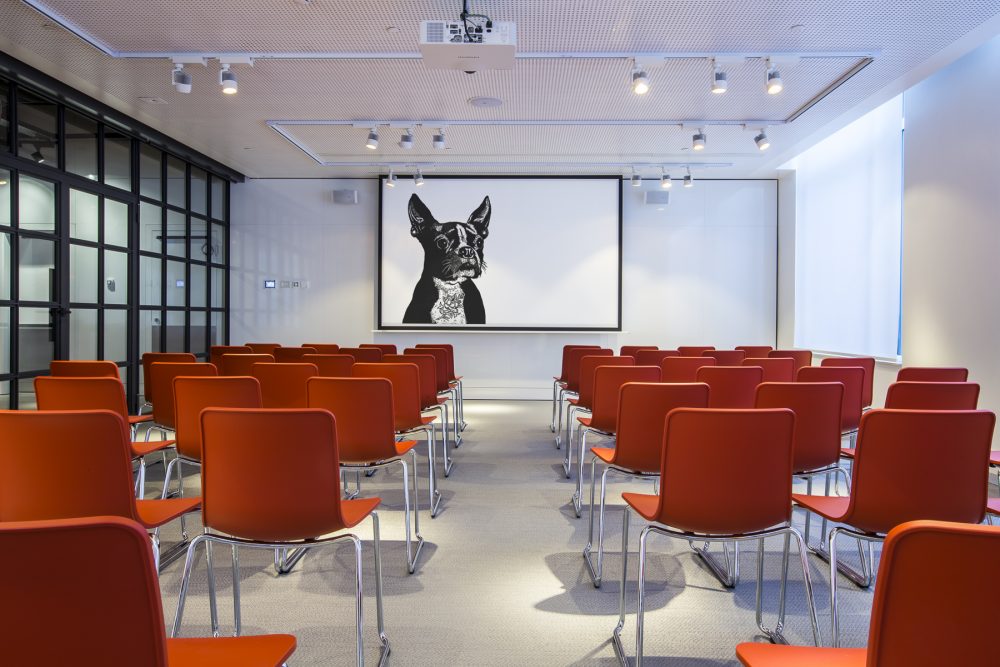 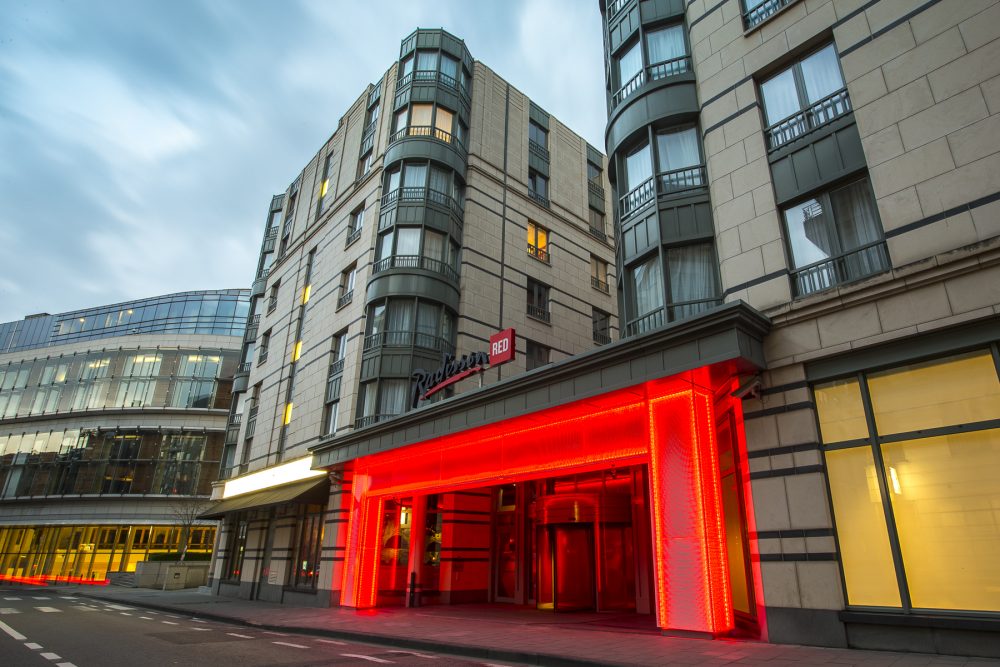 These days, it should go without saying that hotels come with free high-speed wifi, and Radisson Red ticks that box. What’s more interesting is that its properties don’t have front desks – instead, check-ins are performed by “Creatives” equipped with tablet computers. 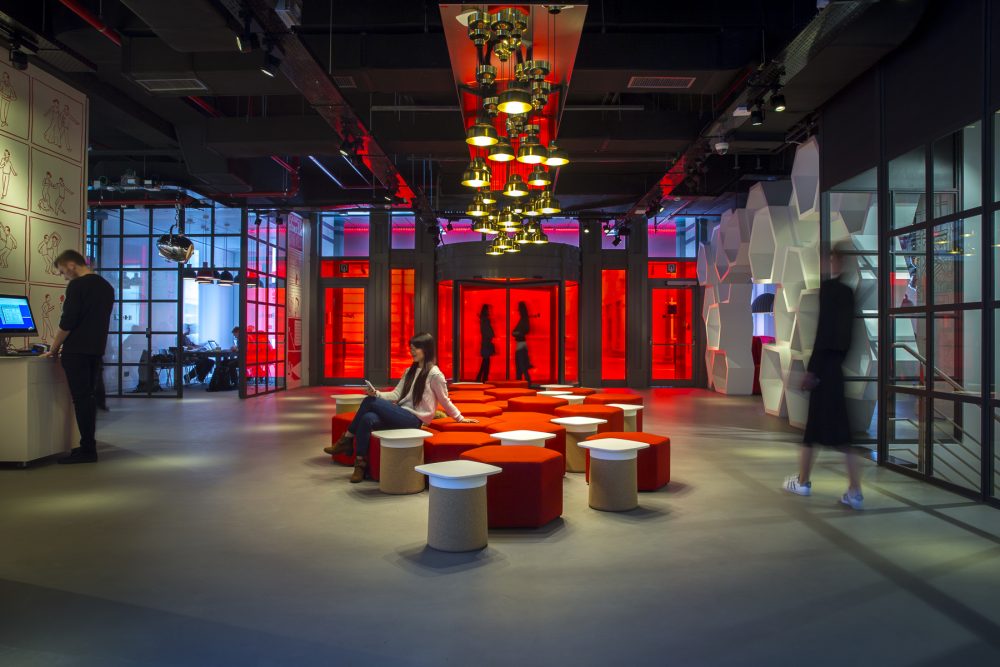 Staff are recruited through social media. While guests themselves may not all be young, this probably means the people that work at the Radisson Red, are. 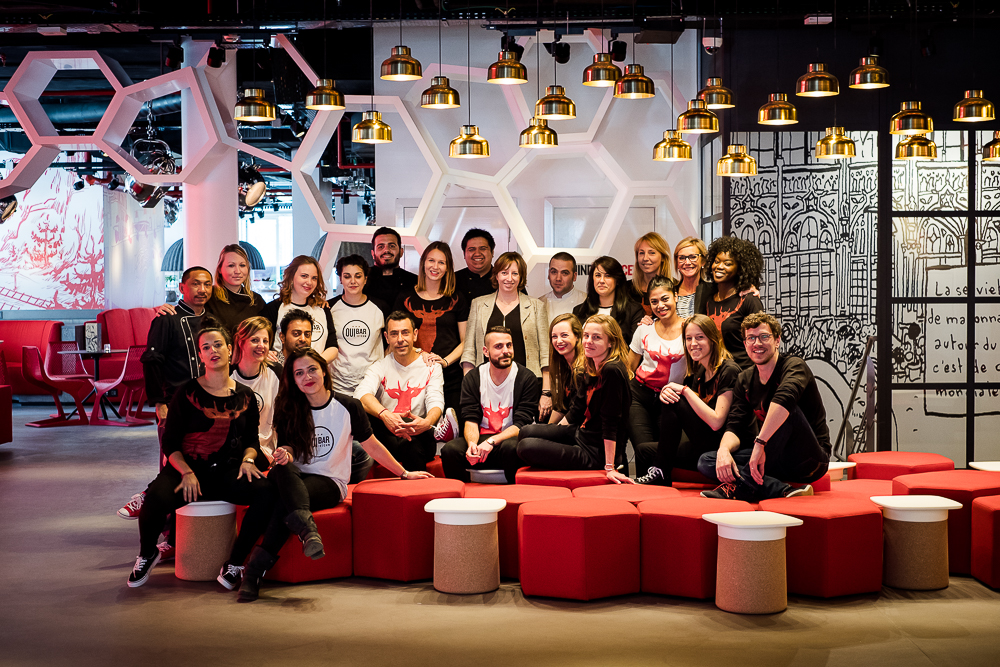 Essential to the stay is for guests to download the Red mobile app – this then enables them to have keyless entry to their room. Instead, they simply swipe their smartphone to unlock their door. 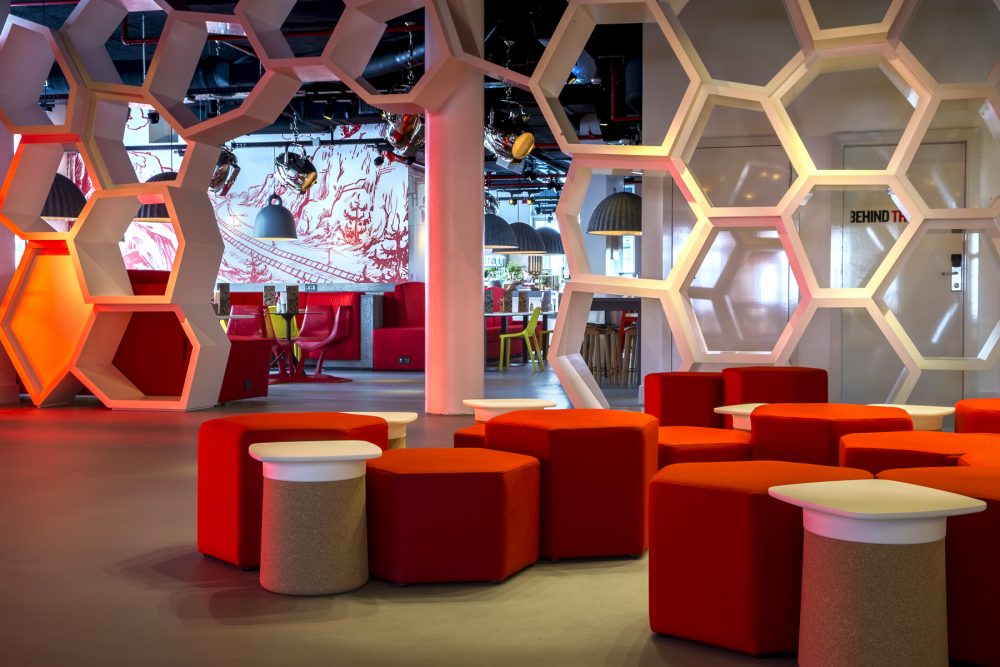 The app also acts as a virtual concierge, your food and drink tab, a way of ordering extra pillows, finding out news about the city and instant messaging other guests to arrange group rides to the airport.

The Radisson Red in Brussels has 149 rooms with a “picnic fridge”, 55-inch TV to which you can stream Netflix, and “love yourself lighting”. 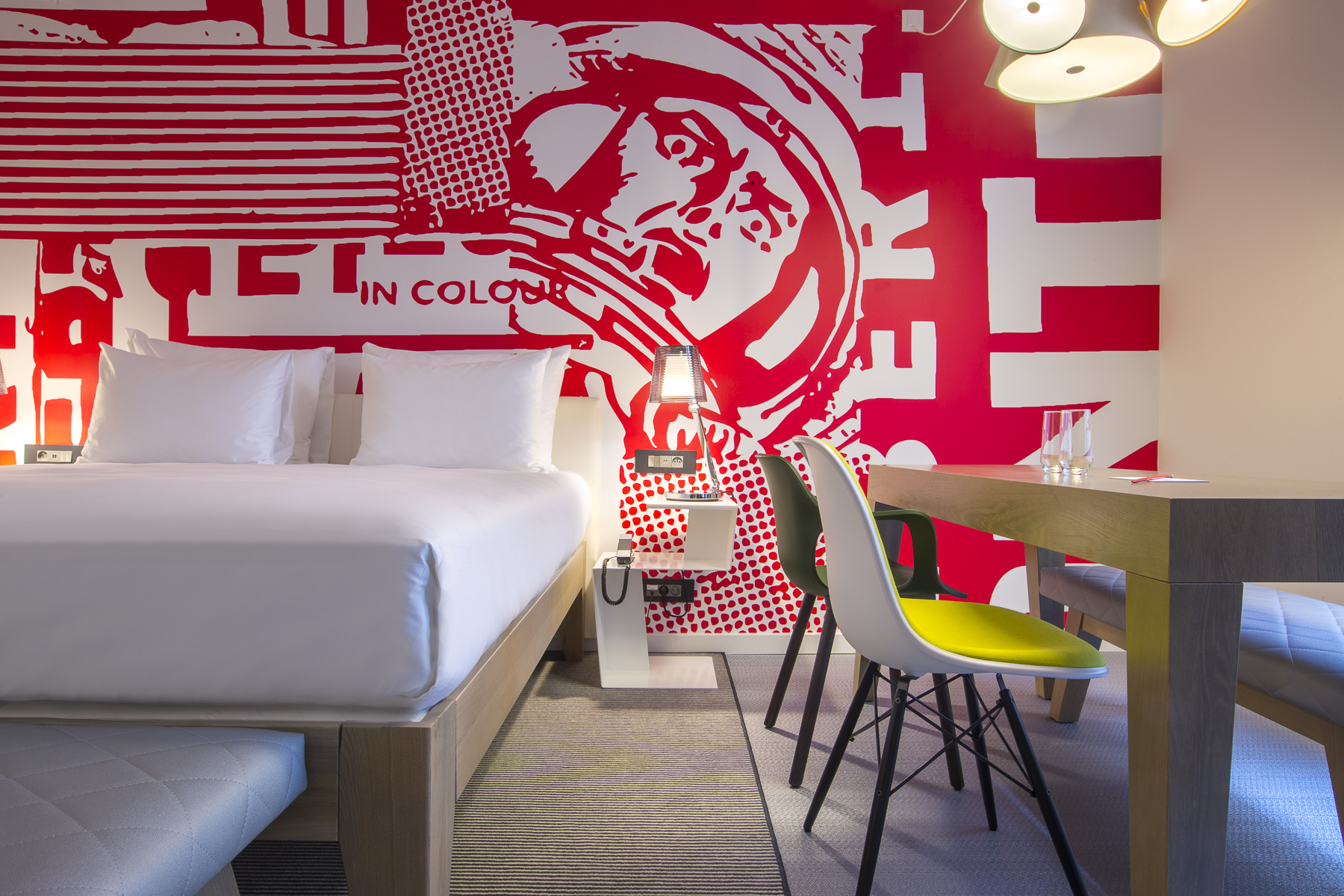 There are plenty of artworks and games such as pool and table tennis throughout the property. As well as an on-site restaurant, there is also the Van Rouge food truck. Dishes are suitably trendy – you can order avocado, Vegemite and Philadelphia rolls, spicy noodle soup, hot dogs and even “misshapen carrots”. 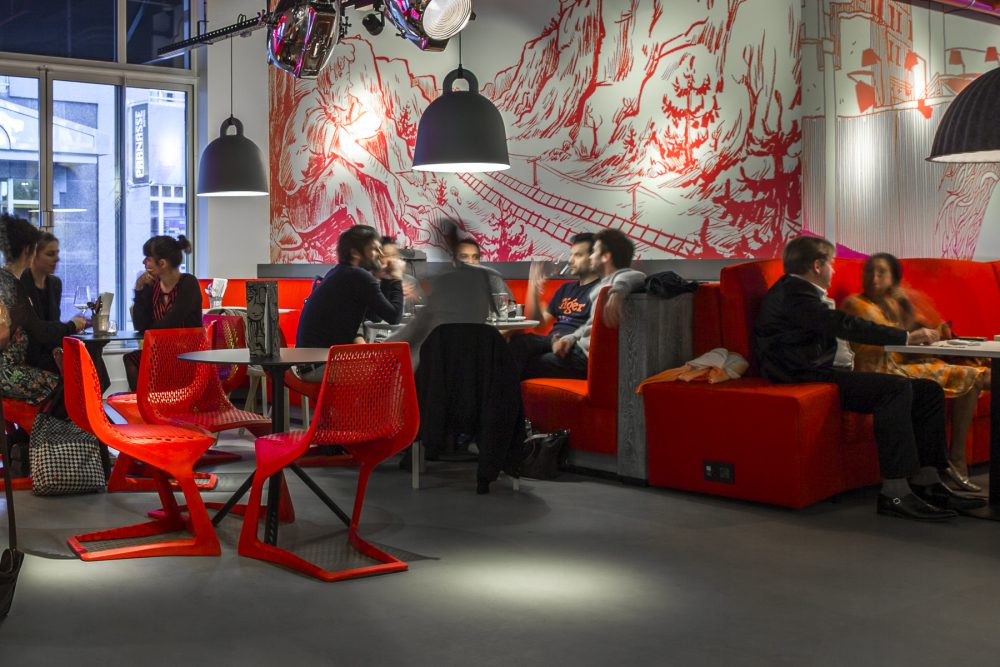 Wolfgang M Neumann, president and CEO of the Rezidor Hotel Group, says: “Radisson Red boasts a forward-thinking design and offers a new guest experience fuelled by personal interaction and personal choice. It is a true recognition of the increasingly important role that technology plays in facilitating the best of everyday life – home or away.” 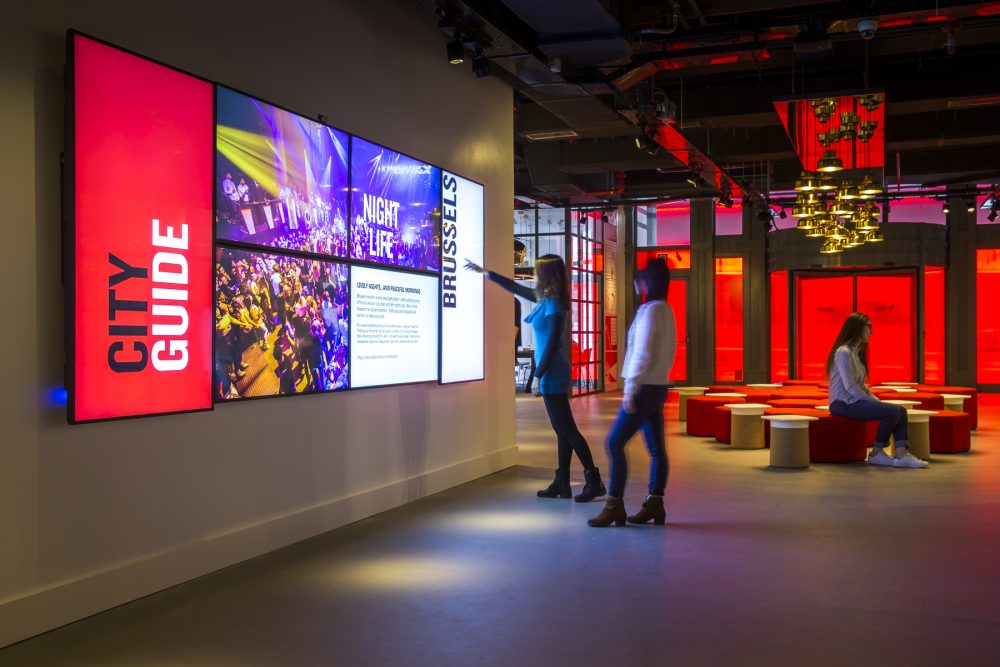 “Inspired by art, music and fashion,” there are 14 additional Radisson Red hotels in the pipeline around the world, with the next to open at the end of 2016 in Minneapolis. In the meantime you can check out the #radissonredbrussels hashtag to see what other people are saying.