Poppi: the concept airline seeking to transform the way we fly

Design consultancy Teague has proposed a radical new type of airline, one that is more generous and kind to flyers.

In an attempt to disrupt an industry that typically tries to squeeze as much money as possible out of every available aircraft inch and every paying customer, Teague sees a gap in the market for a new type of business model and a new philosophy for flying. 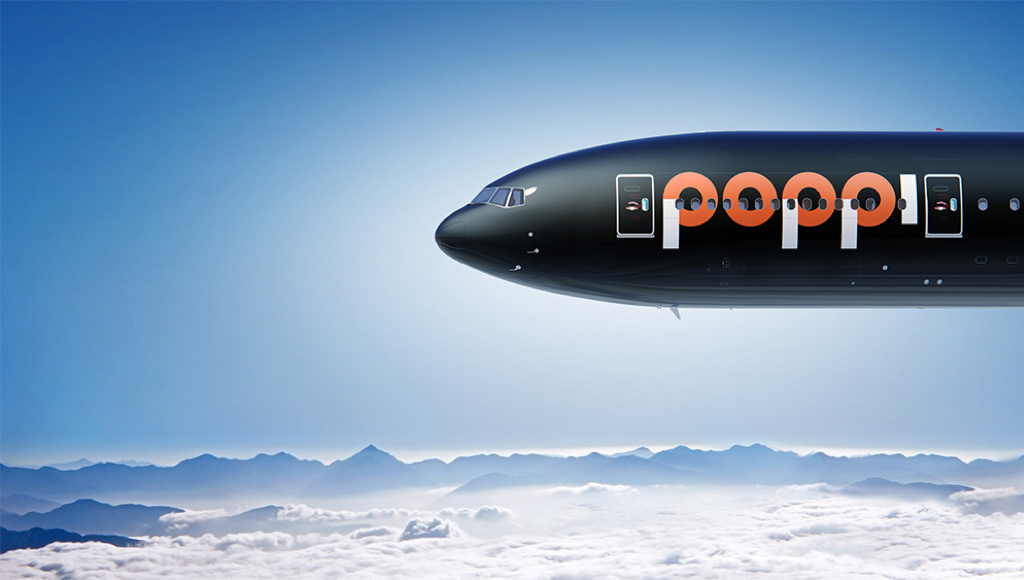 Welcome to Poppi, the startup airline of the future, one that (hopefully) will inspire other carriers to reassess the way they do things.

It’s two core objectives are to enhance the customer experience and improve profitability.

With Poppi, no suitcases can be taken as hand-baggage; instead, they all have to go in the hold. This will save aggravation and stress during boarding and disembarkation as people struggle to find room for them in the overhead bins. Efficiency would increase by 70 per cent and the cabin would feel more spacious. 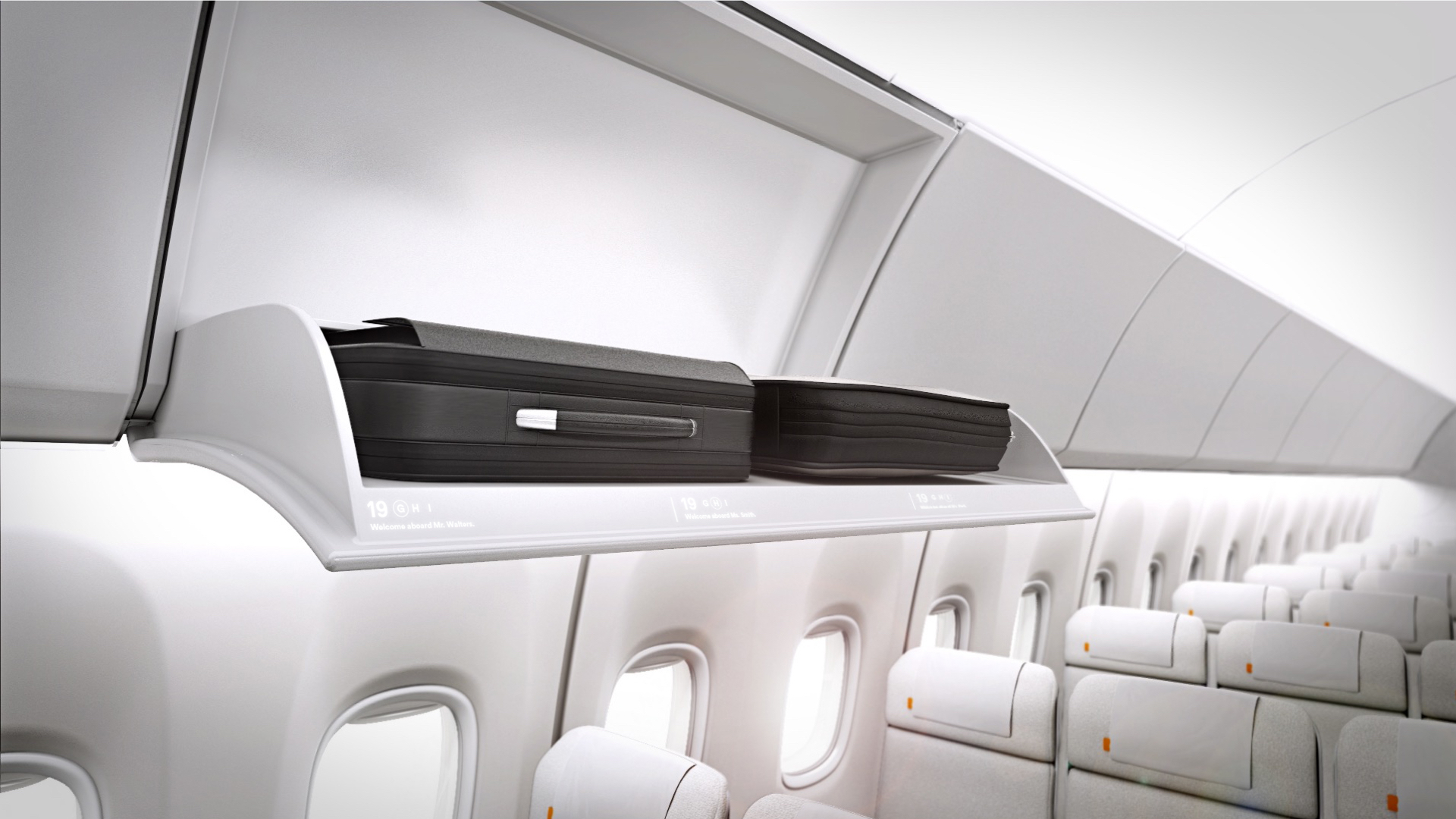 There will, however, be small “fedora hat” lockers above seats for personal items such as laptop cases, jackets and handbags.

All checked luggage would have RFID tags, and there would be door-to-door delivery options so you could check you case in at the airport station, and then have it automatically taken to your hotel when you land so you don’t need to wait for it at the reclaim carousel.

Real-time updates via an app would inform passengers when it’s time to board and from where, so you can spend more time relaxing in the departure areas. 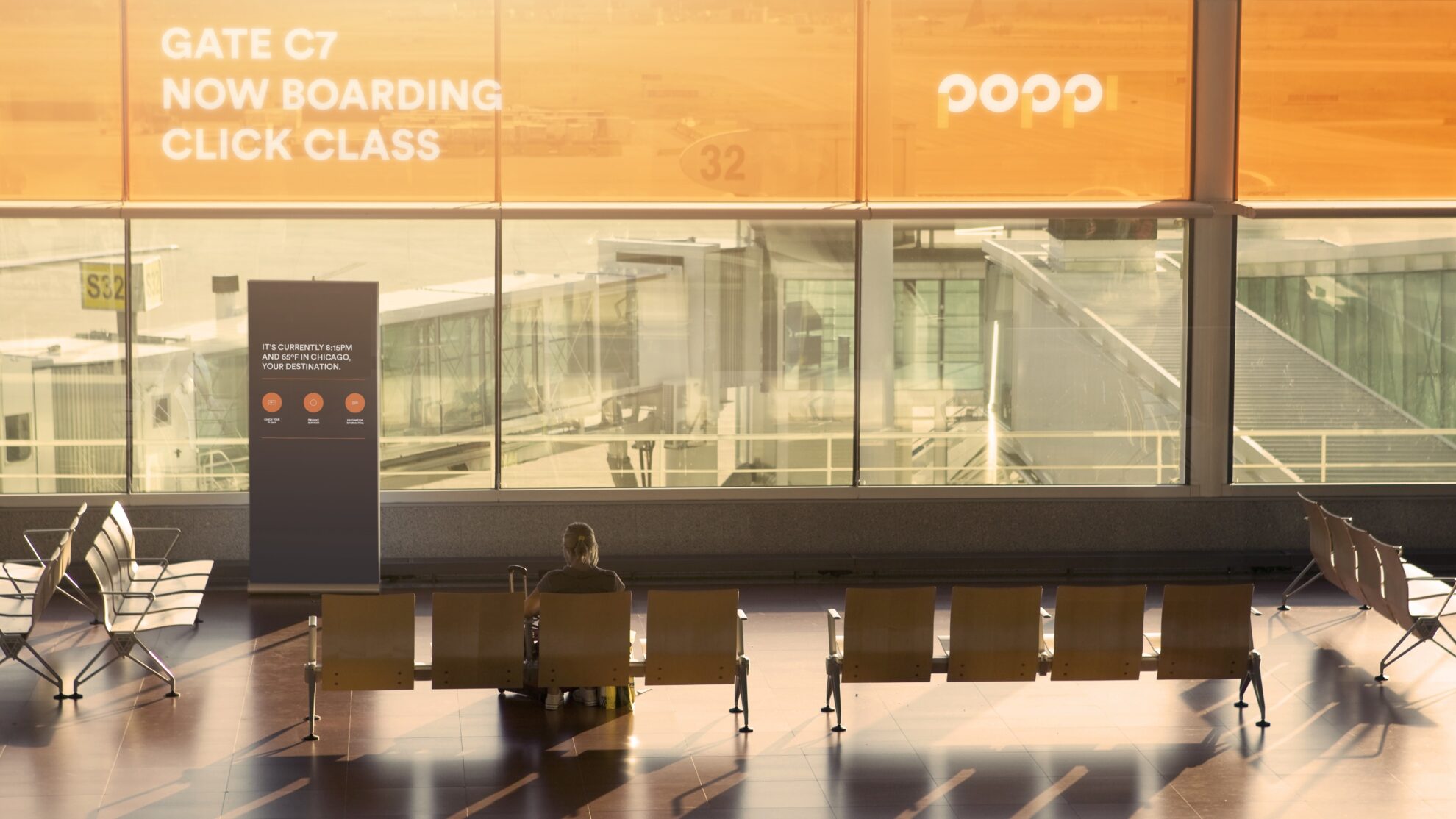 Poppi would do away with the traditional four-class concept of economy, premium economy, business and first; instead, it would offer Cinema class “that offers exclusive content to passengers, as well as partnership opportunities for film and TV production companies and airlines”. 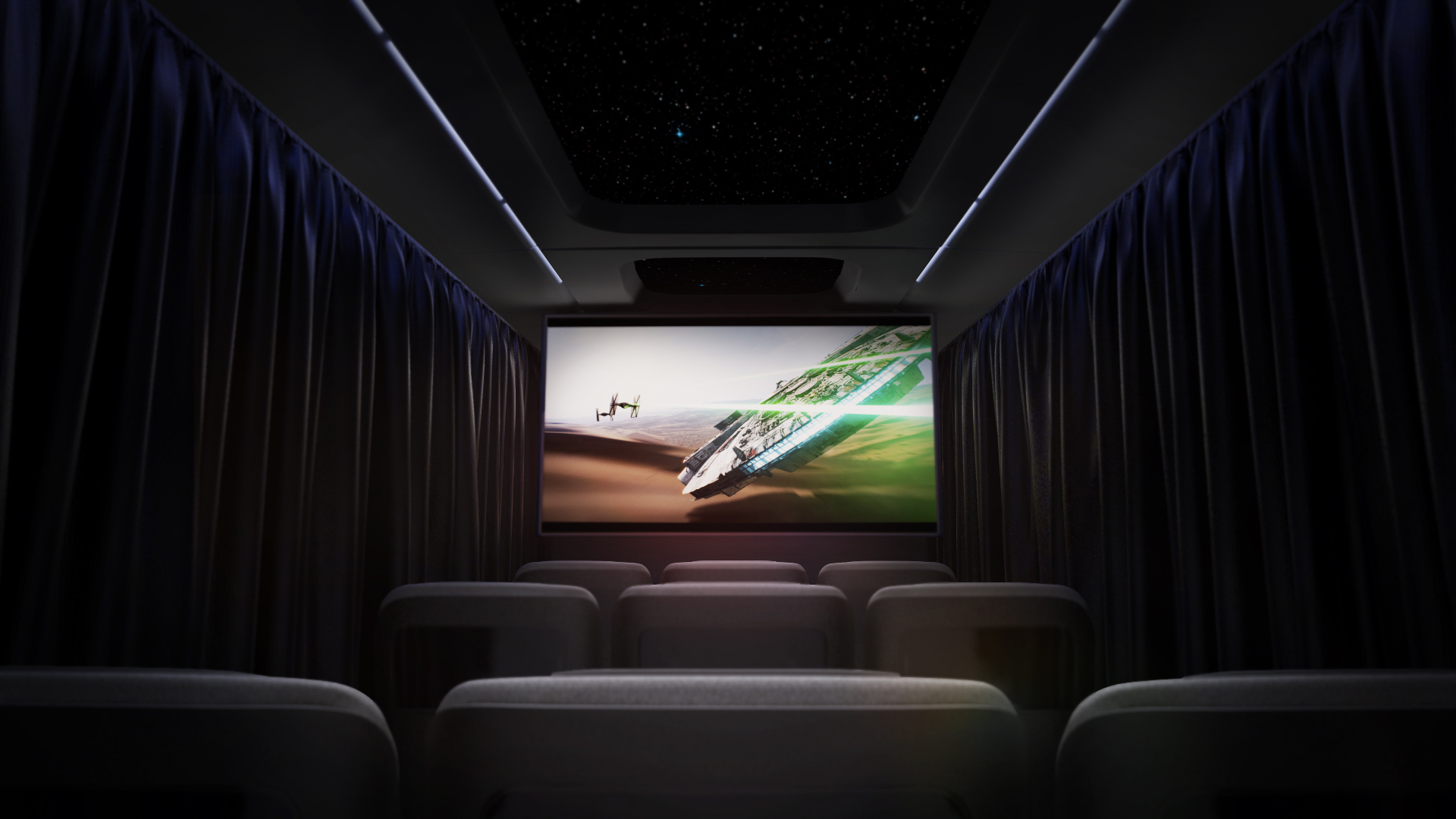 Click class would be for business travellers who want to take a carry-on case with them – however, to avail of this they would have to buy a Poppi-branded cabin bag that neatly slots under the seat in front.

Meanwhile, Promotional class would be for the middle seats that no one wants to sit in – instead, this real-estate would be made desirable by partner brands that could leave free gifts for passengers. 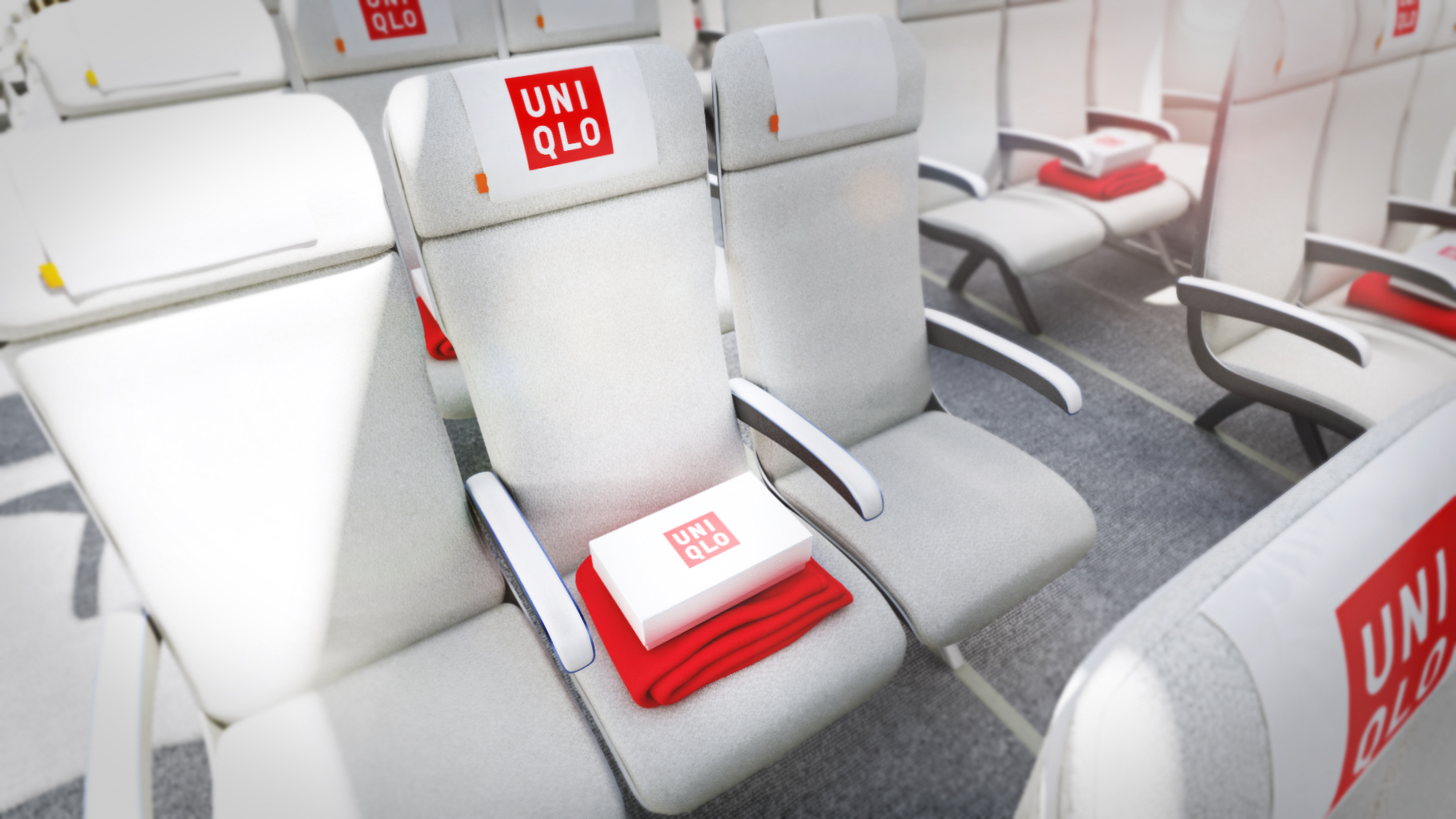 Poppi would be a “lifestyle” brand, tapping into the emotional connection people can have with an airline. To help cement this, it would create a collectable range of branded amenities and products – some free, some at a fee. 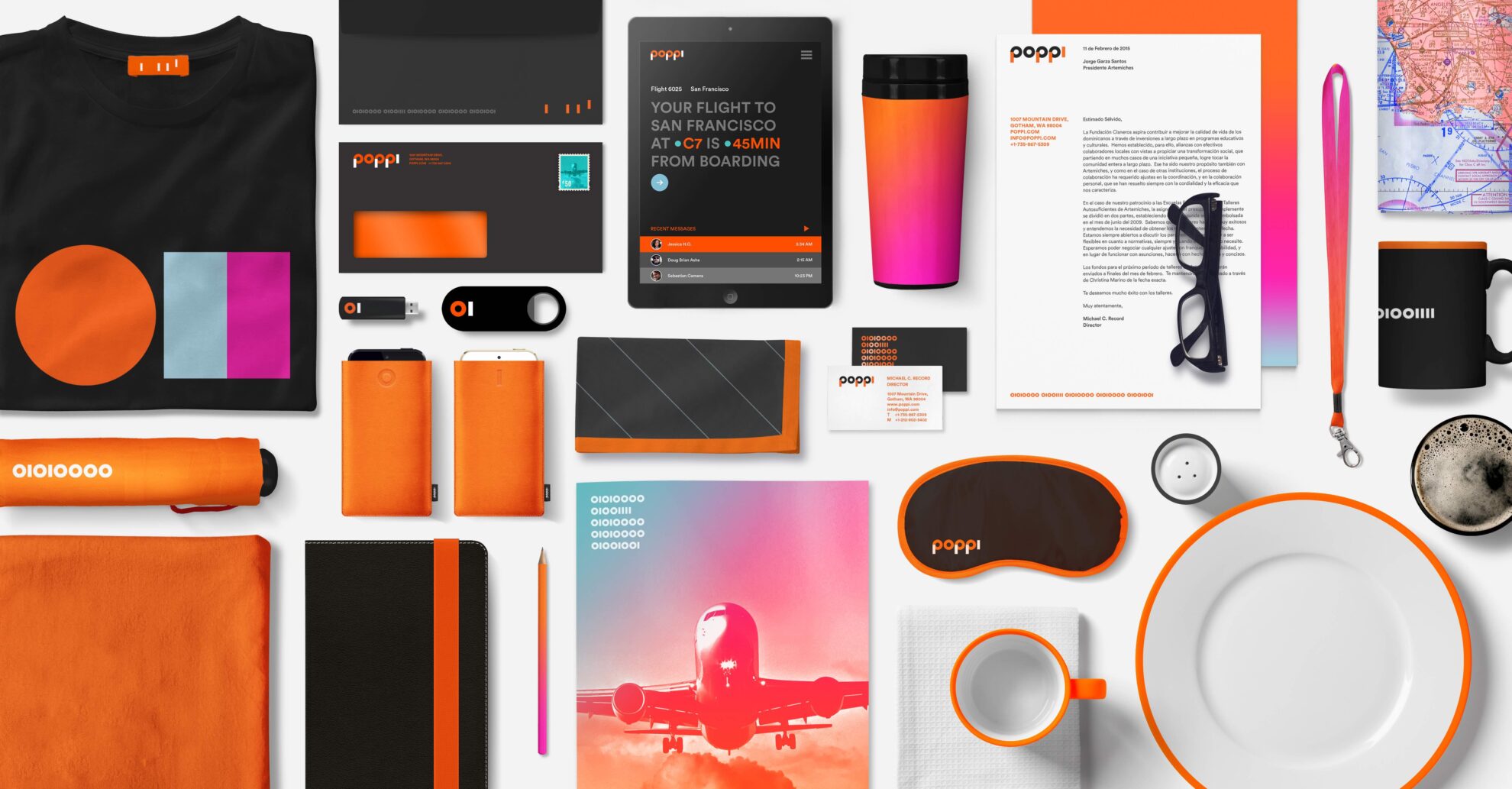 Poppi would operate like Amazon Prime, whereby you signed up to be a member and prepaid for flights but also earned perks. It would be like a club, would encourage loyalty, and enable things like seat swapping and ticket re-sales via an app between flyers. 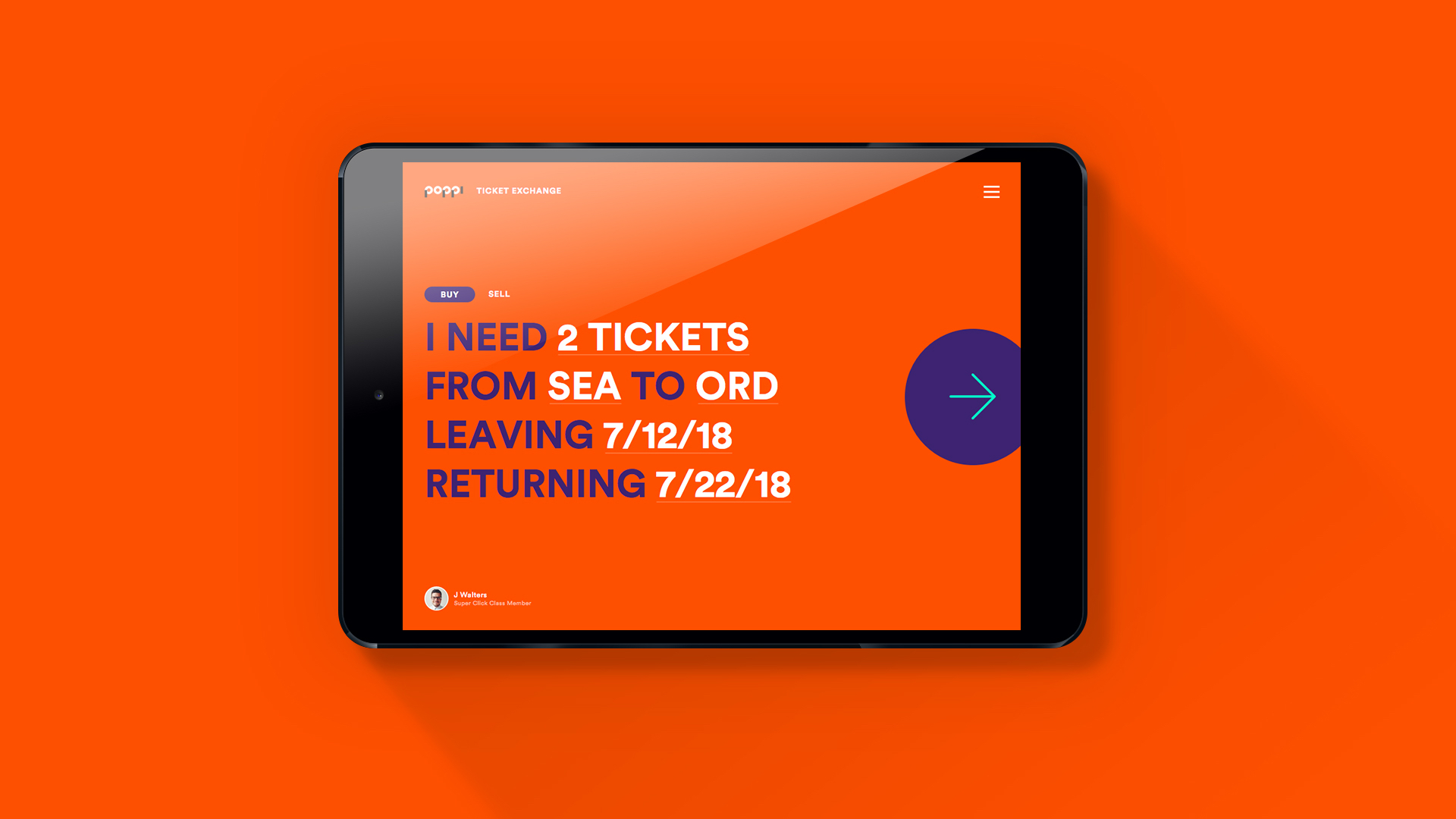 In an article on skift.com, Teague’s principal brand strategist, Devin Liddell, said: “It’s difficult to have future-vision when you’re looking at everything through the microscopic lens of ‘the way it’s done’ in your industry.

“Poppi is a high-concept airline. It is a disruption of today’s airline service which pivots on a consumer-centric brand definition.

“It’s optimistic. It’s hopeful. It’s daring. That’s why the pitchforks are out, and the fires are stoked. A concept like Poppi, some say, must die before it can make trouble.”

Teague was founded in 1926 by Walter Dorwin Teague, and since then the company has designed the first Polaroid camera, Pringles canister and Xbox. It has also worked on the interior of every commercial Boeing aircraft, including the B787 Dreamliner.

With a team of more than 300 people, its focus is on travel and technology innovations, with other projects including the Nike + Teague Athlete’s Plane, next-generation devices for Intel and Samsung, and the B777X jet.