From above, Second Home Hollywood – a new co-working space for entrepreneurs – resembles a green lake covered in giant yellow lily-pads. At night, they appear illuminated from beneath.

The sprawling, tree-filled HolLA (as the club is also known) has been designed by acclaimed Spanish architects SelgasCano, and with its surrounding gardens planted with 6,500 shrubs and 400 full-size trees, has consequently been described as Los Angeles’ “densest urban forest”. 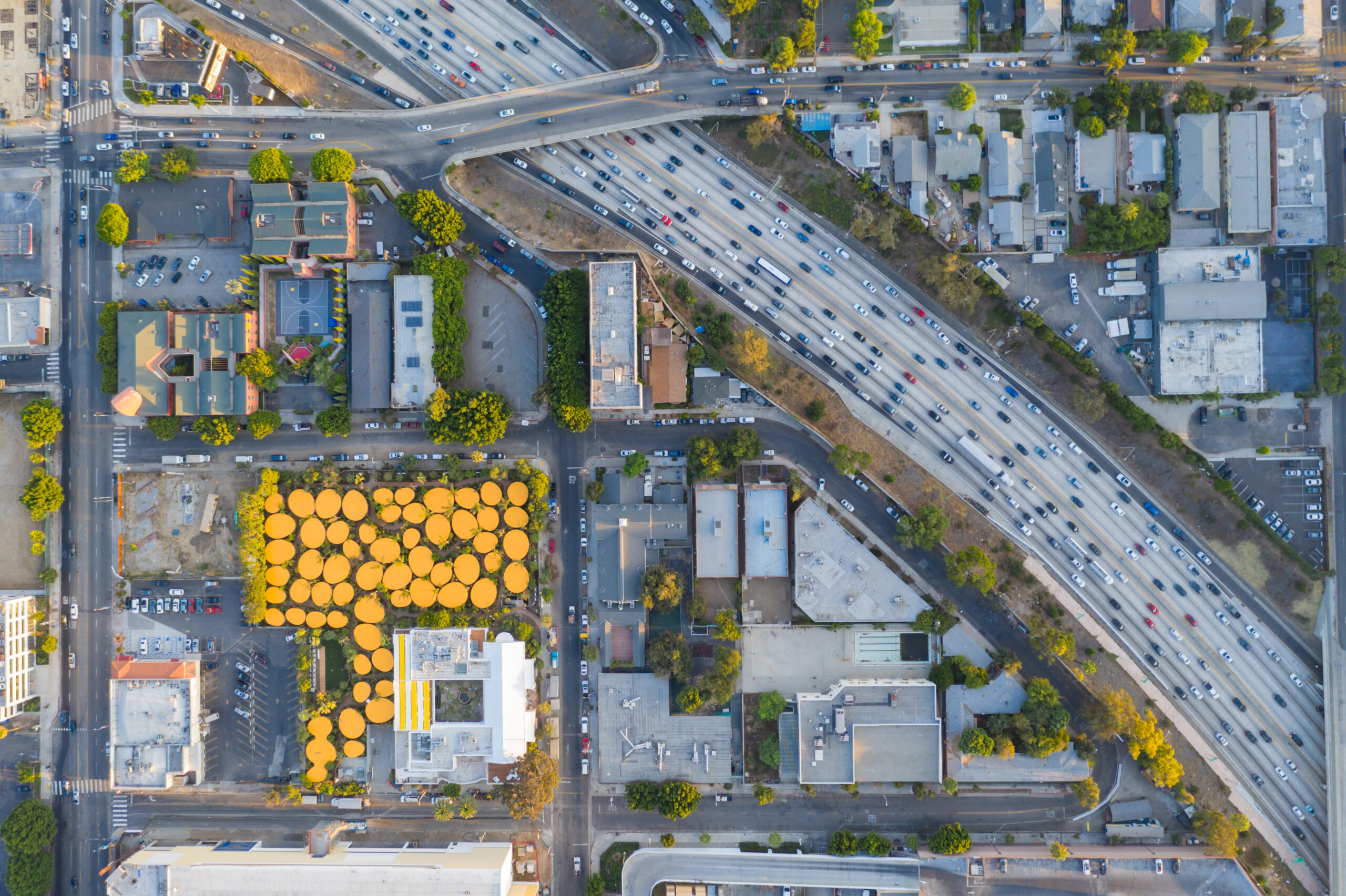 Opened in September, the site is made up of 60 circular offices with yellow rooftops (the “lily pads”) built on the site of a former car park. It sits alongside the former Anne Banning Community House, which was designed in 1964 by architect Paul Williams and has been renovated for the project. 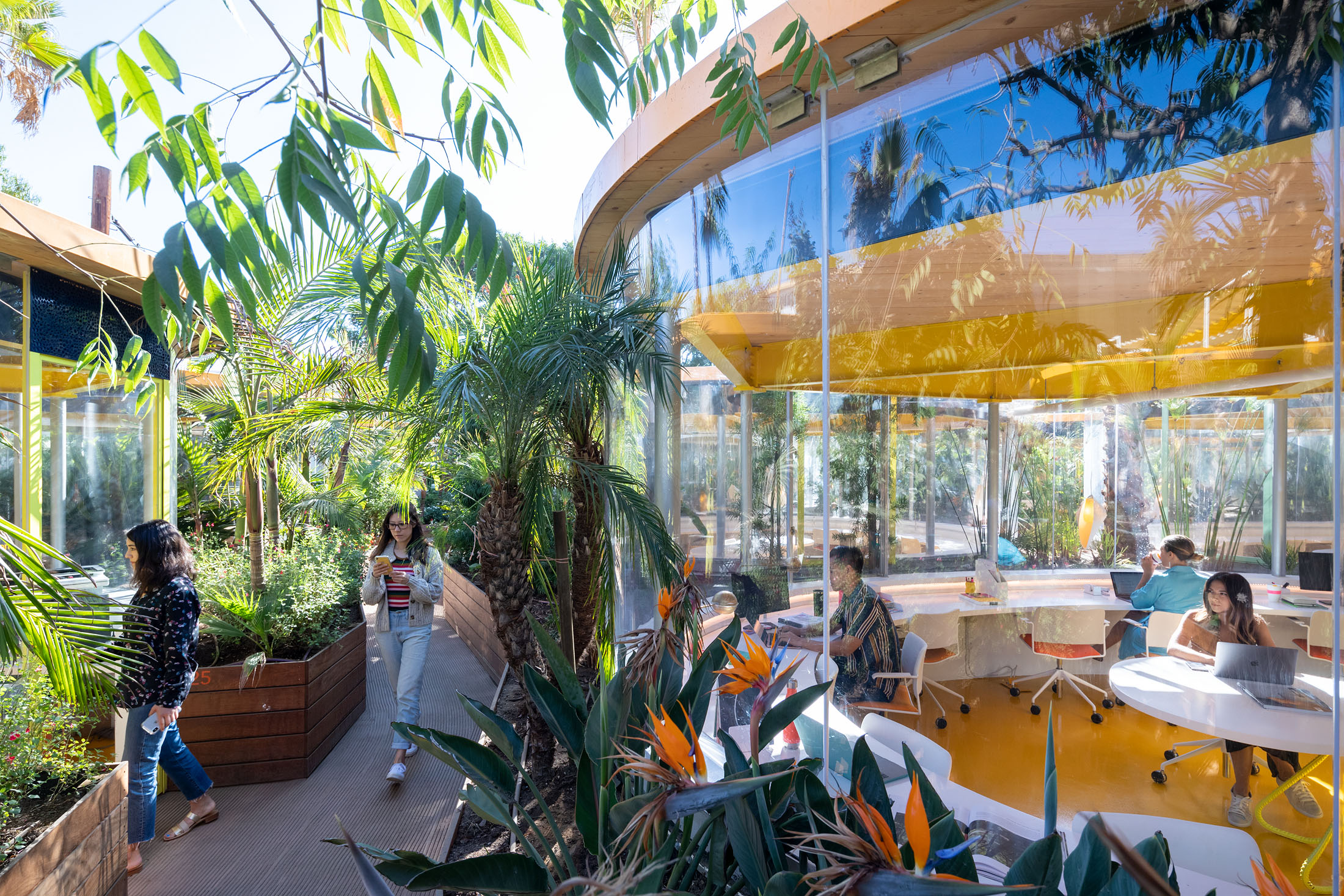 Speaking to Dezeen, Second Home co-founder Sam Aldenton says: “We’re trying to be a home for the 21st-century creative entrepreneur. We take it upon ourselves to be as creative as we can possibly be when trying to think what the home for the 21st century looks and feels like.” 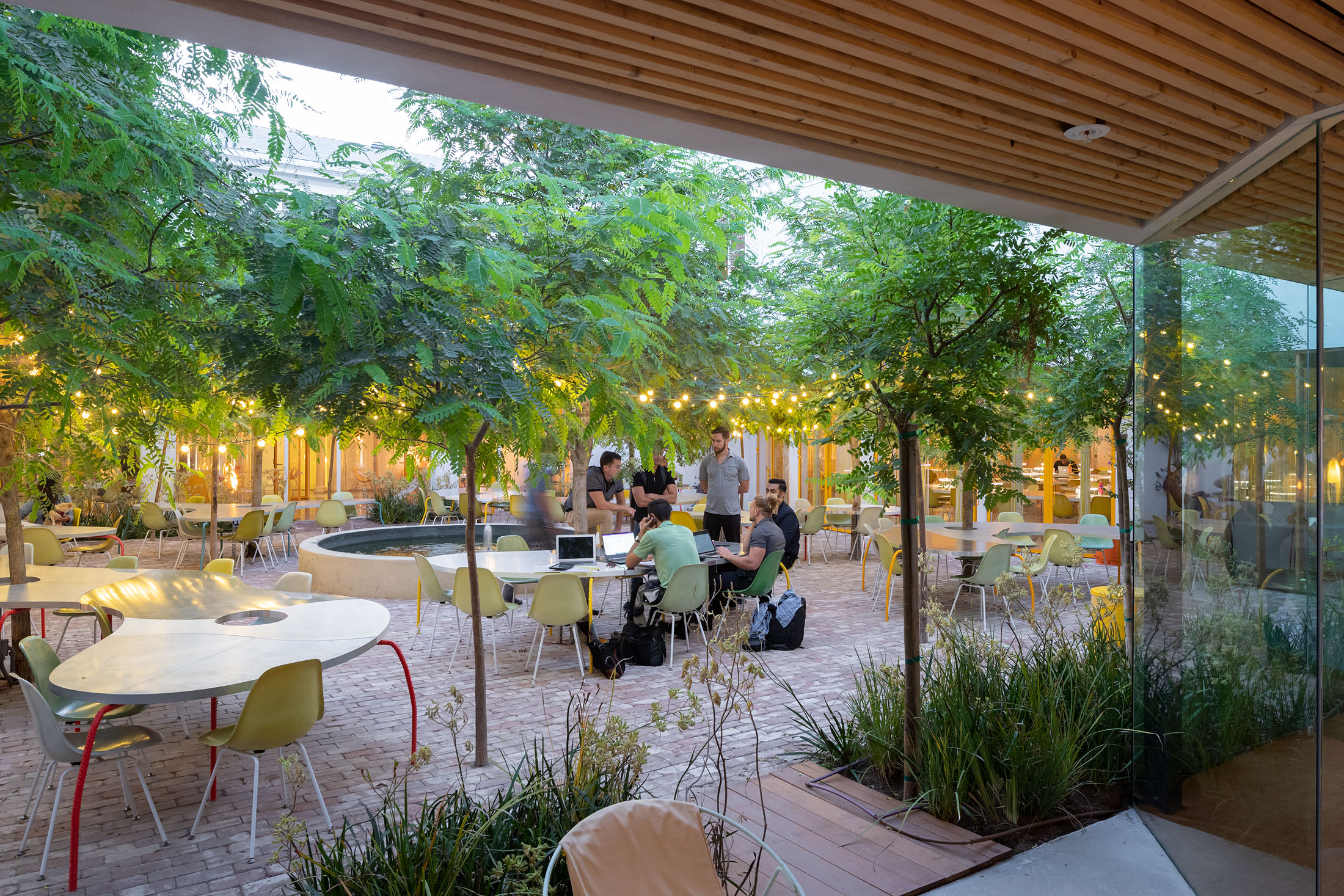 He adds: “It harks back to this idea we share with SelgasCano that our best and most creative work comes from natural forms and organic forms, rather than overly contrived human geometry.” 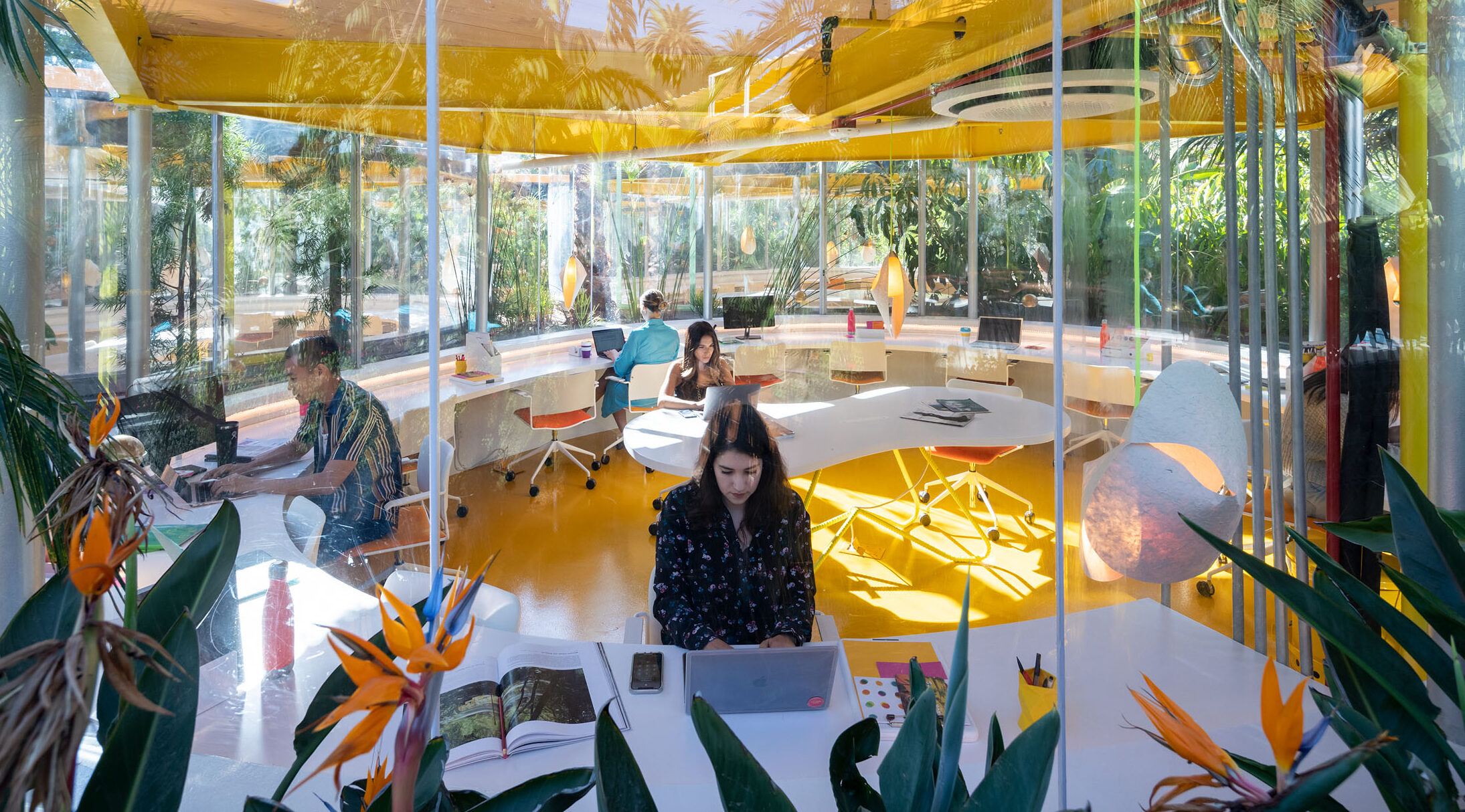 Each of the offices, which are partially underground for insulation purposes, varies in size and shape. The largest studio accommodates up to 135 people. 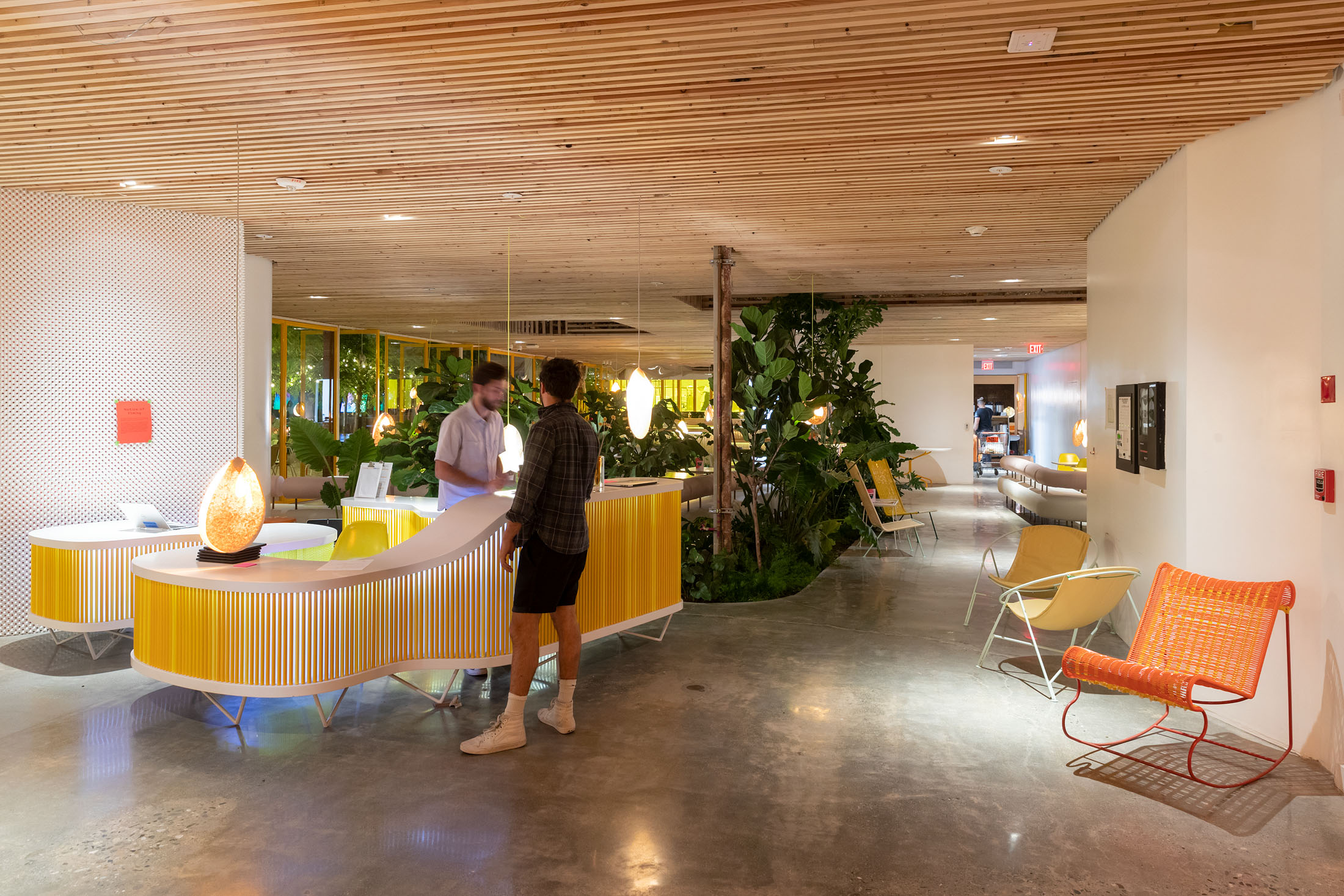 Sold as “co-working with soul”, the campus hosts weekly cultural, educational and wellness events, with an auditorium for 200 people. There is also an in-house restaurant and bar with a central courtyard for all-day dining. The site is open 24/7 and also has a 2am alcohol license. 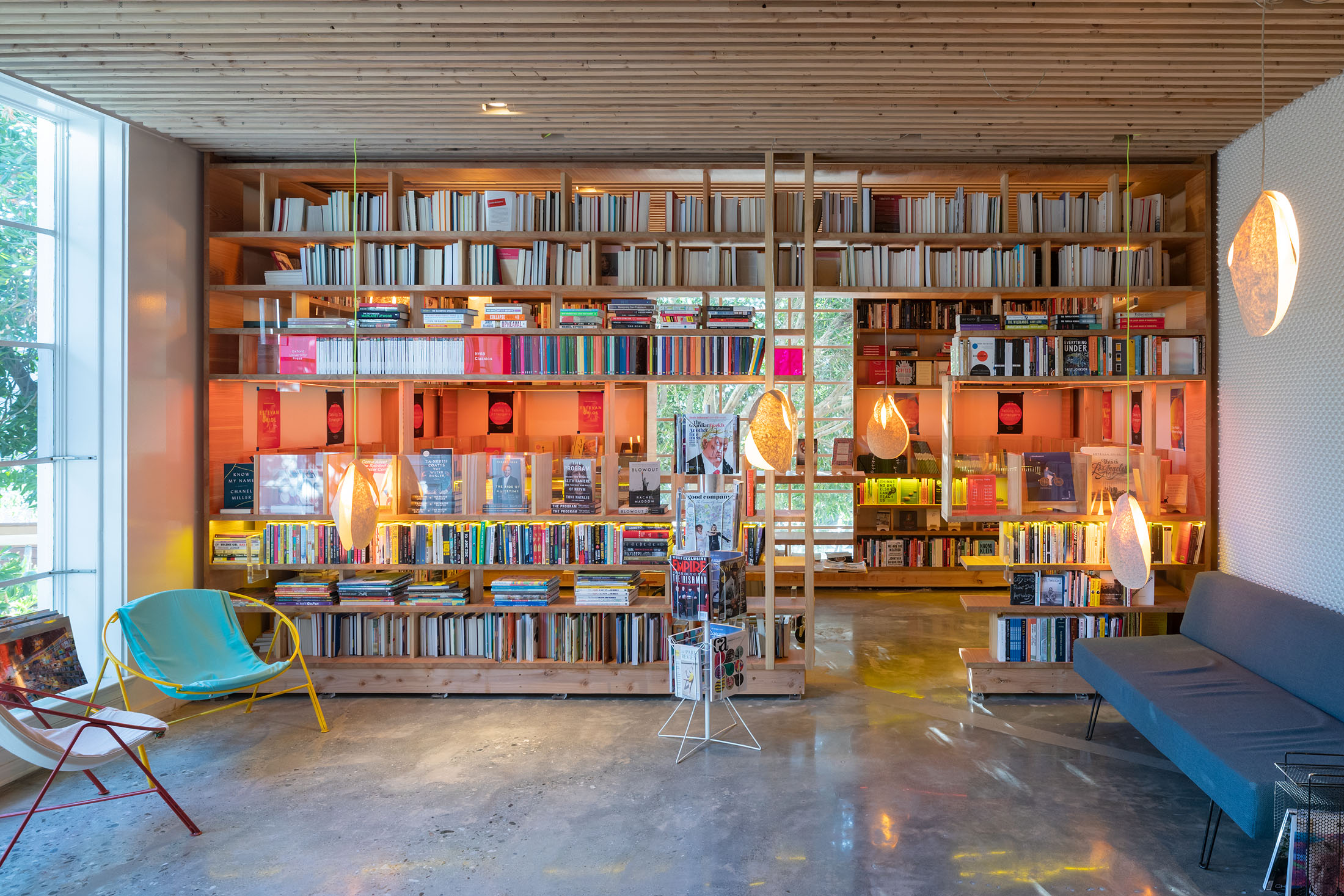 The pods, built with “cross-laminated” timber, offer views of the 4,645 sqm garden, which is abundant with palms and bird of paradise flowers. It’s a biophilic sanctuary that not only looks pretty but could help people be more productive. (Proximity to nature can ease stress, mental fatigue and burnout.) 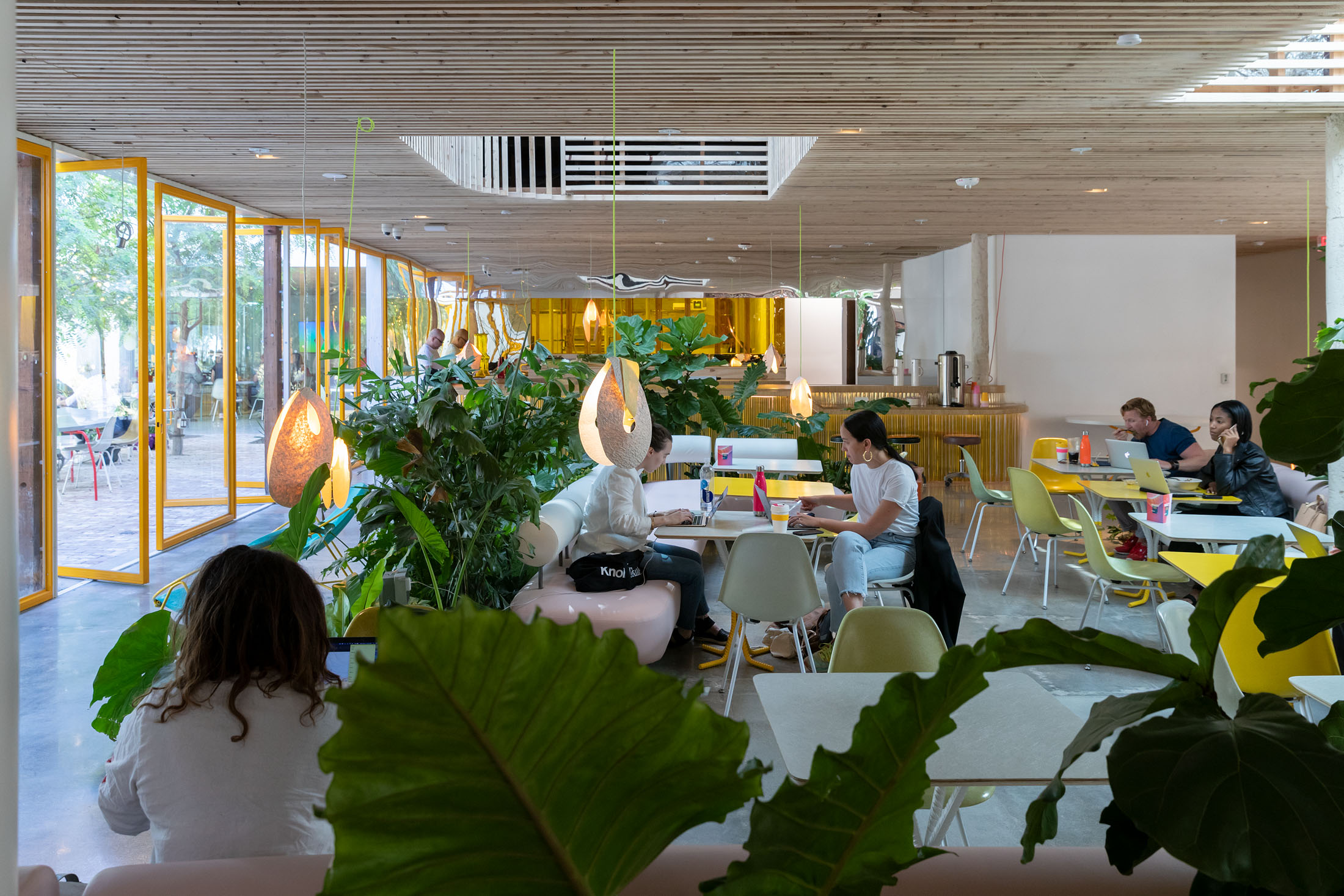 “We’re really interested in this idea of a new nature,” Aldenton told Deezen. “We can play a role in enhancing ecosystems and environments. One way of doing that is to plant a heck of a lot of new plants,” he added. “It’s the densest new planting in California.” 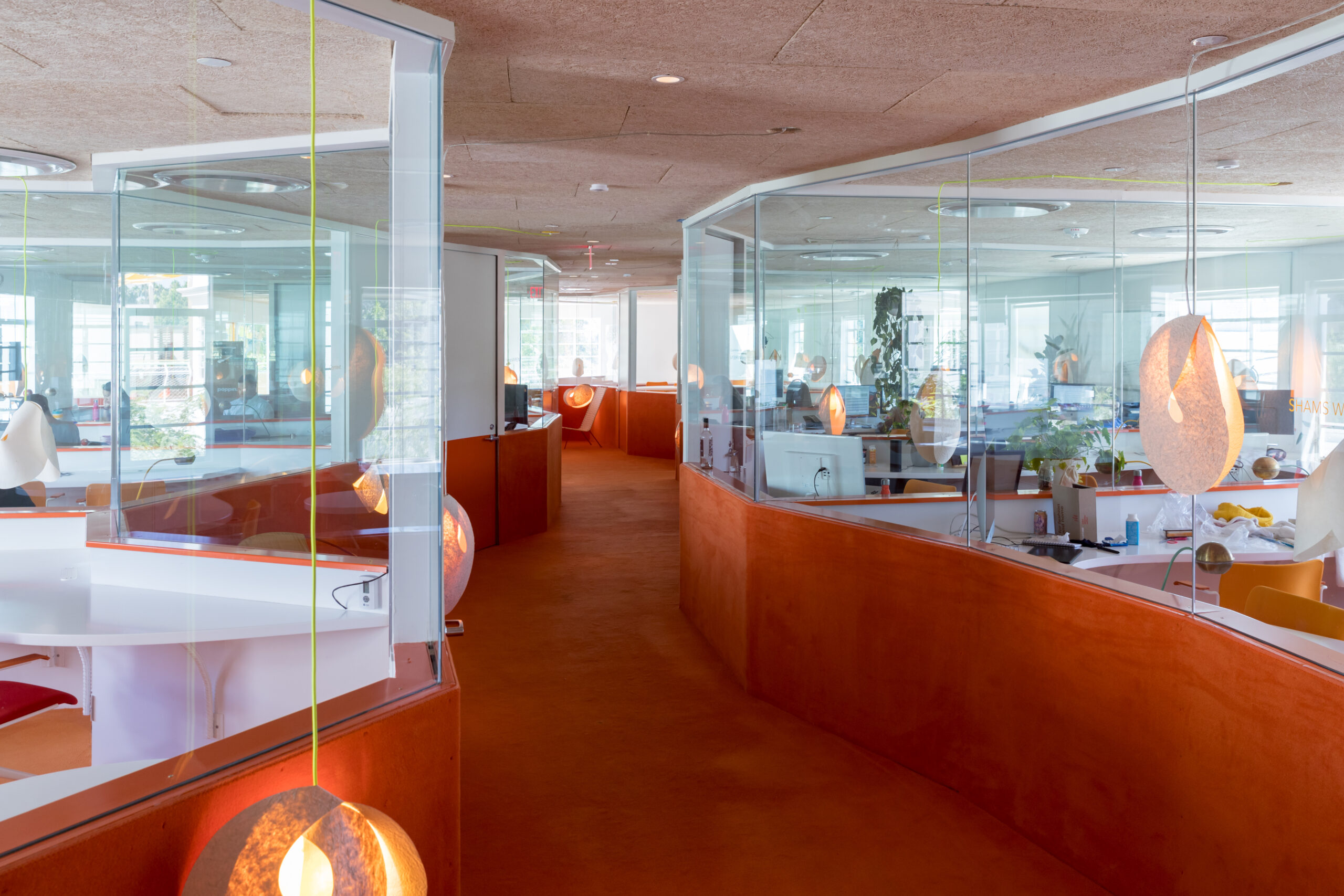 How much does it cost to use Second Home Hollywood?

There are three different types of membership. Studio membership, which comes with a private office, costs from US$2,500 per month.

Resident membership, which includes a permanent desk in a tranquil workspace, costs US$675 per month.

Roaming membership, which provides a hot desk and full access to all Second Home services and community (including the Breakthrough programme), costs US$400 per month. 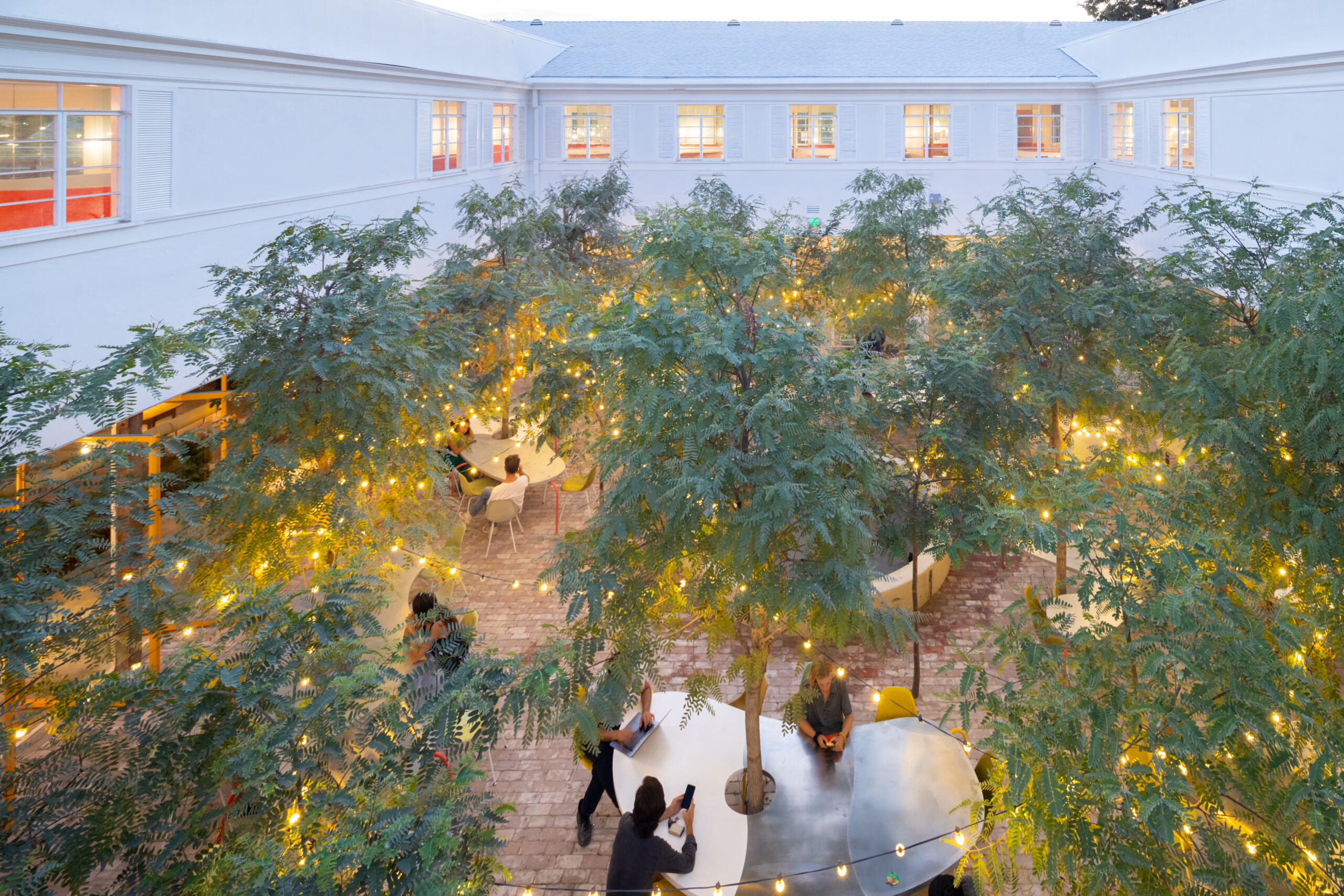