Located on a Croatian island in a 15th-century monastery, LOPUD-1483 is an ultra-luxury bolthole featuring priceless art from the Thyssen-Bornemisza family collection. John O’Ceallaigh reports

With her family founders of the Thyssen-Bornemisza National Museum in Madrid and holders of one of the world’s greatest private art collections, Francesca Thyssen-Bornemsiza’s lifelong commitment to the arts is unsurprising.

More unexpected, though, is how this interest led to the foundation of LOPUD-1483, a 15th-century monastery and adjacent 16th-century fortress near Dubrovnik that have been converted into a development that is part exclusive-use holiday home, part hotel, part art gallery – and with B&B room rates starting at €1,400 per night, it’s all pitched at a level more commonly associated with grande dame properties in the likes of New York and Paris than rural retreats in Croatia.

Thyssen-Bornemisza’s relationship with LOPUD-1483 began in 1992. On a mission to accrue and protect Croatian artworks that were at risk of destruction due to the war, she was led to the island of Lopud by a local friar. 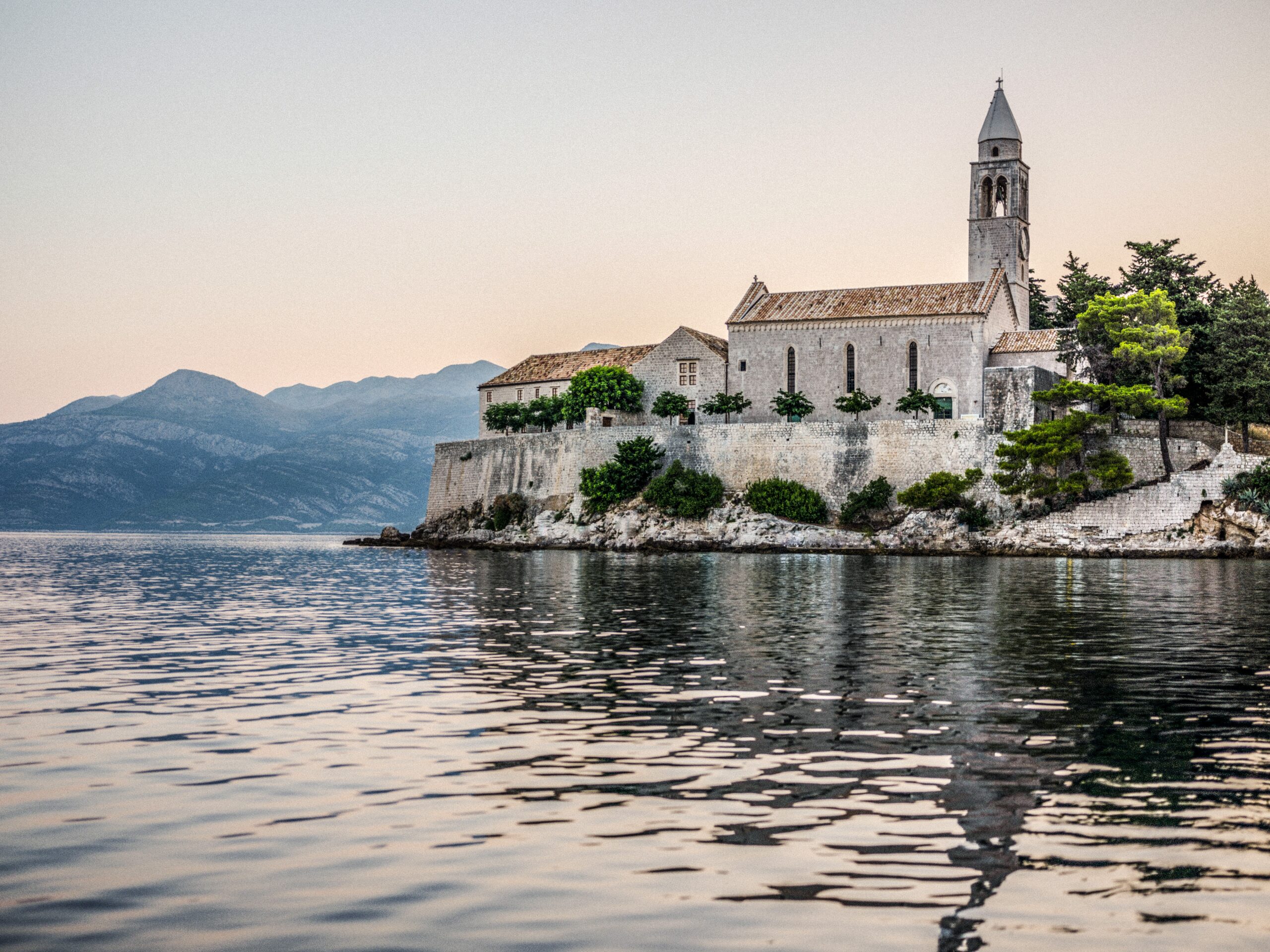 Long abandoned and in ruins, the forlorn monastery and adjoining fortress, right on the cusp of the Adriatic, nonetheless made a strong impression. On a subsequent trip to Croatia together, the architect Frank Gehry told her she should restore the site, but slowly and carefully. 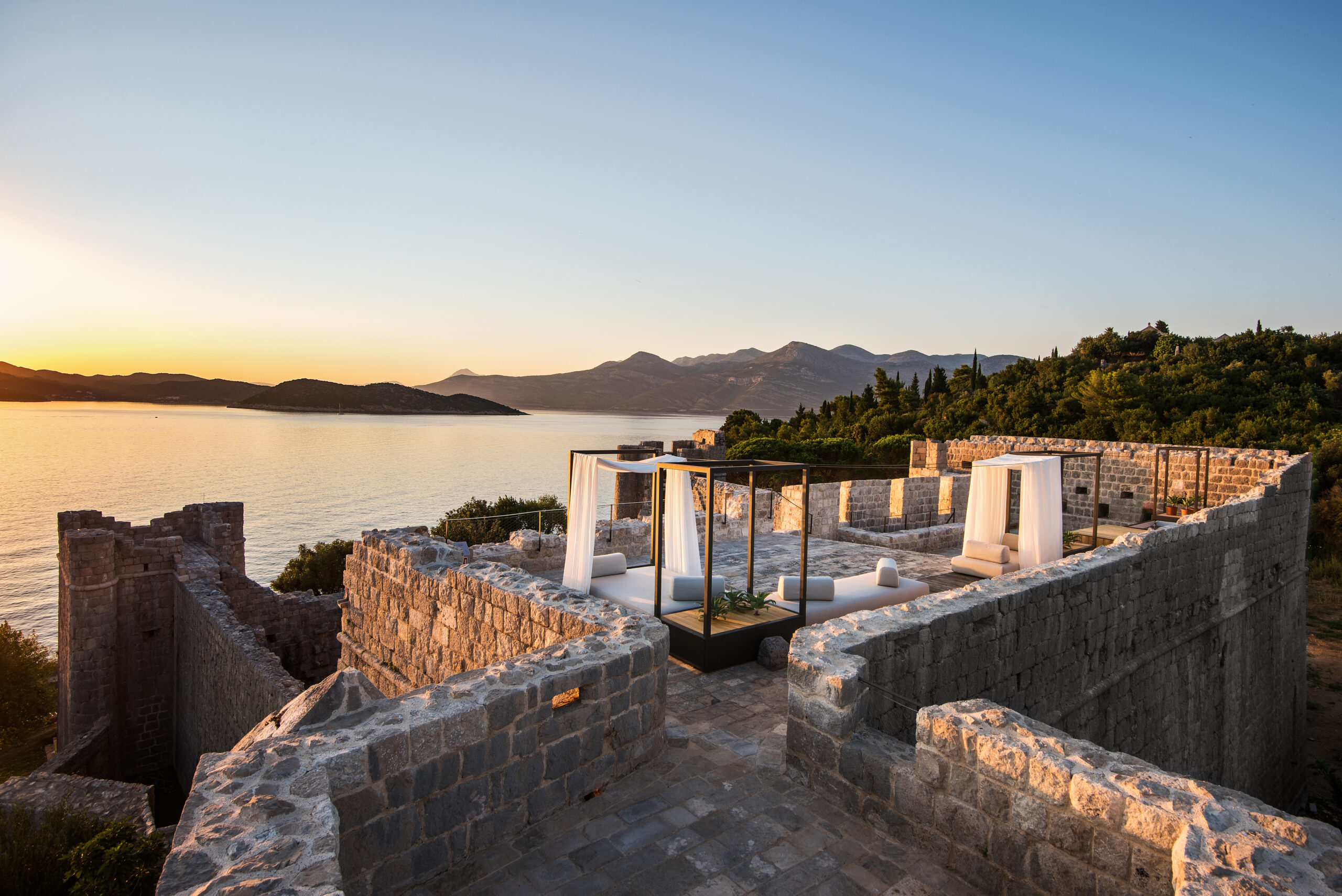 It’s advice she took to heart: containing just five suites and ringed by revived and tranquil gardens, LOPUD-1483 opened this summer after finally emerging from a 20-year restoration.

So long in the making, the property’s launch would perhaps have attracted more attention had it not coincided with the pandemic, but current circumstances do mean that its exclusive-use offering is likely to prove especially popular.

Guests who pay from €10,000 per night to book the fortified LOPUD-1483 in its entirety will be able to customise their experience completely.

Property manager Anne Roberts-Nissen can oversee the organisation of extravagantly executed anniversary parties, birthday get-togethers or wedding celebrations and says her team will happily arrange for world-class wellness practitioners and yoga teachers to be flown to the resort for bespoke wellness programmes. 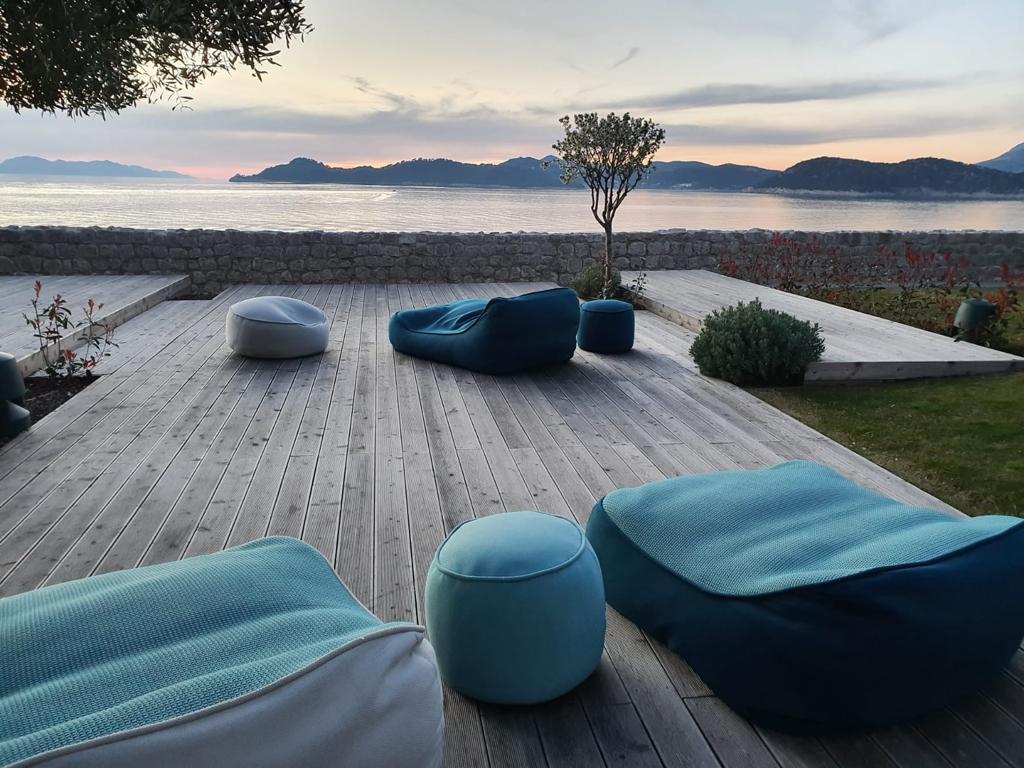 Private boat and yacht tours of the Croatian coastline can also be organised, as can tours of Dubrovnik, some 10km away.

Prominently featured in Game of Thrones, the picturesque town had in recent years become a byword for overtourism – of course, that isn’t the case this year and the LOPUD-1483 team can easily secure reservations in its best restaurants and bars. 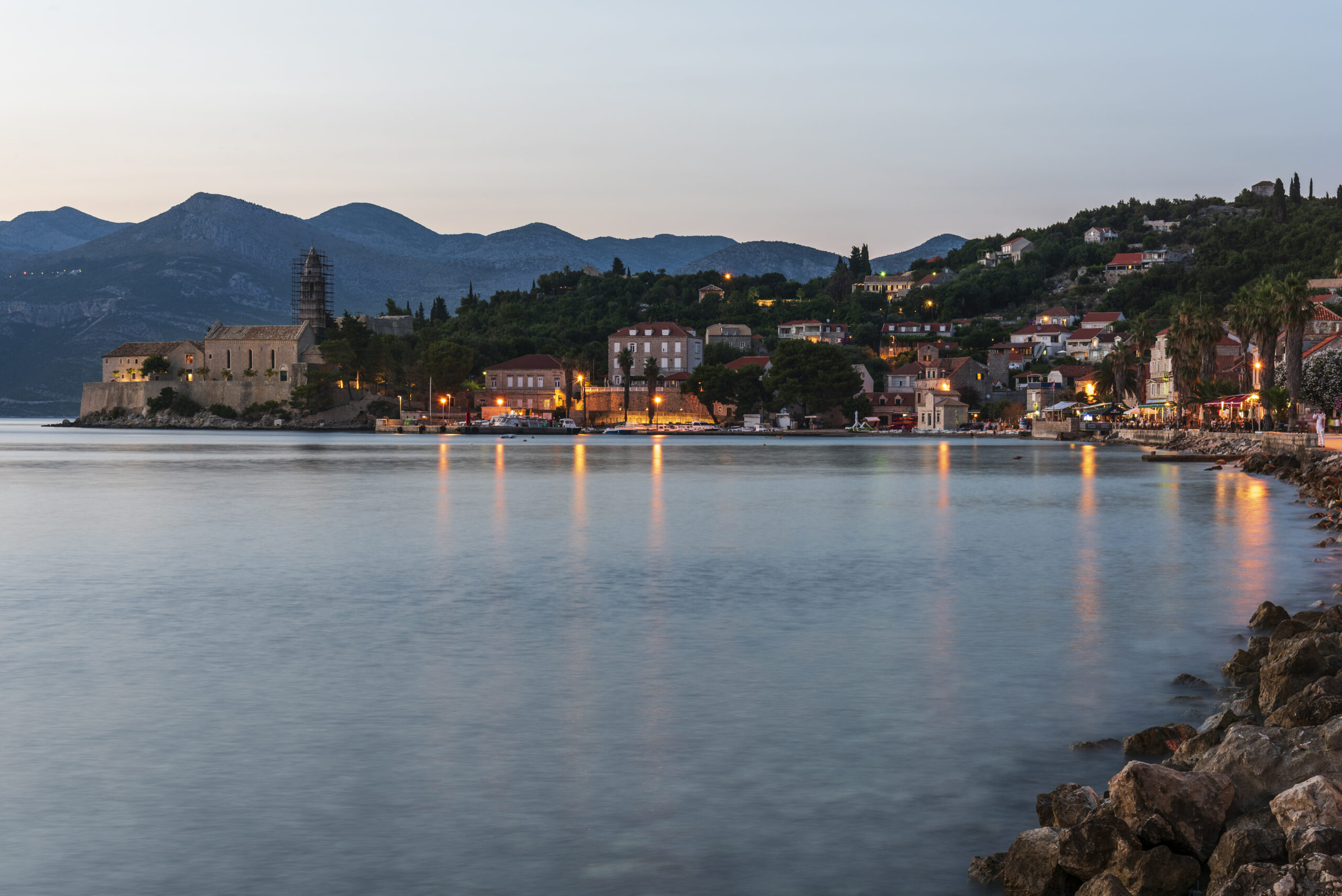 Whether in residence on an exclusive-use or room-only basis, every guest will also have complete flexibility with regards to how, where and when they dine.

Rather than running a dedicated restaurant for such a small inventory, the retreat’s chef will instead collaborate with new arrivals to deliver completely tailored menus served throughout the property and its grounds. 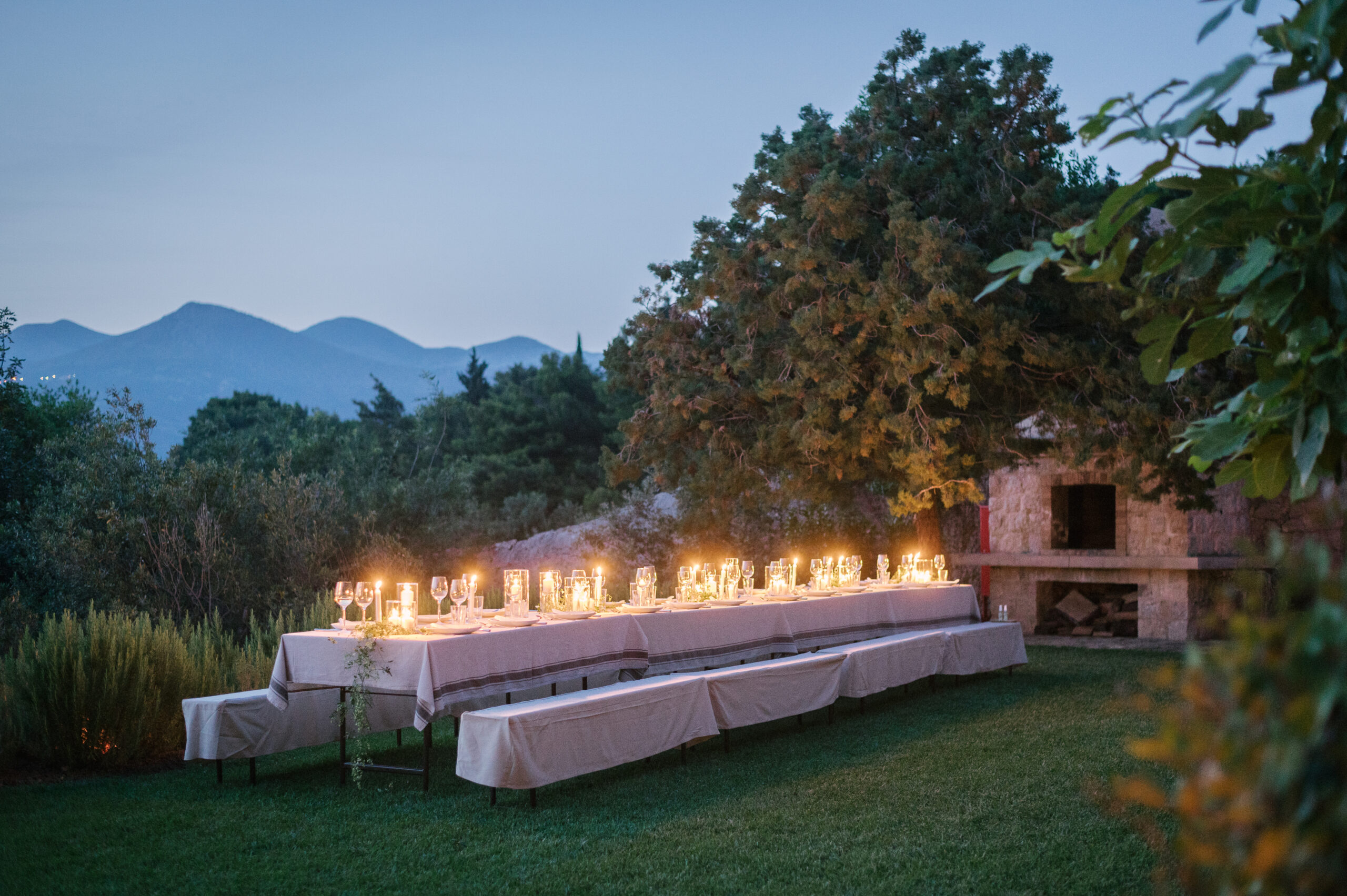 It’s likely that many will linger over meals at a grand old walnut dining table in the refectory that dates from 1550 and stands by a cabinet crammed with Renaissance-era chalices, mugs and decorative bowls, but there is also the option of a barbecue in the gardens, sunset suppers taken on top of the fortress, or a late dinner in the cloisters, illuminated by the full moon. 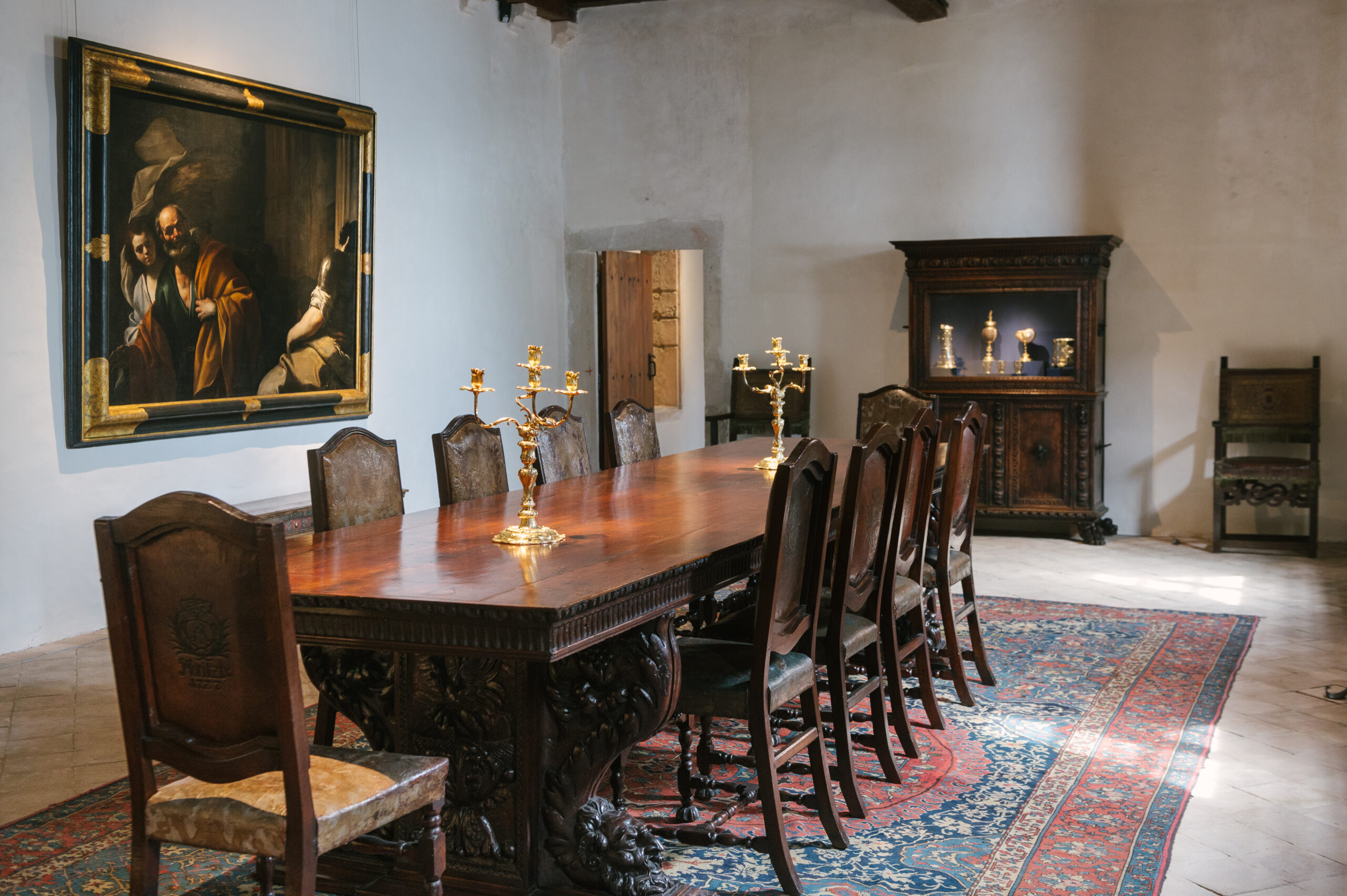 Insulated by thick stone walls and with exposed wooden ceilings, any of the five suites will also provide an attractive setting for breakfast in bed. 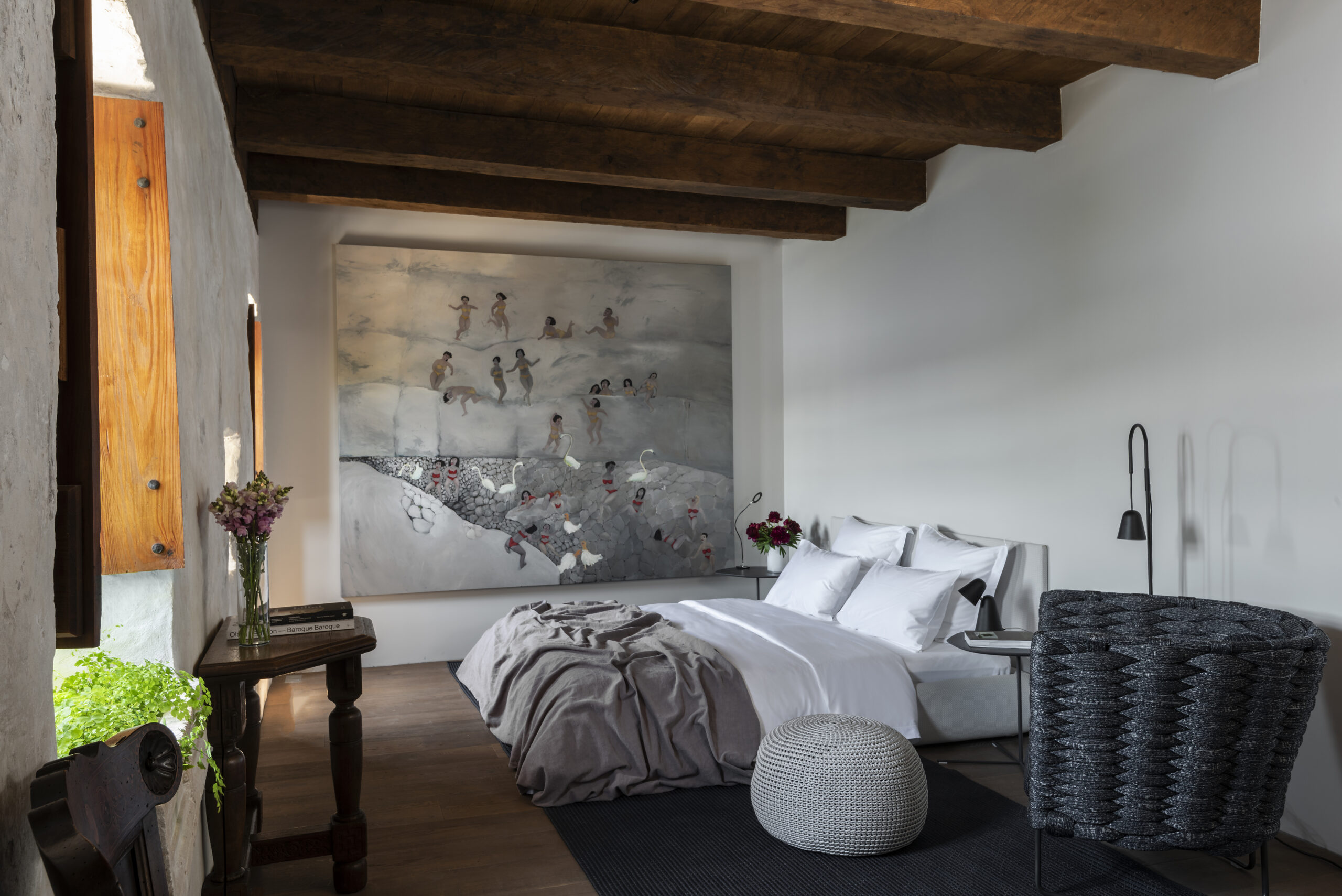 Four bedrooms offer sea views, the other looks towards the cloisters. Another point of distinction is found in the master suite: the thick steel door that leads to its bathroom is sufficiently robust to seal that space off as a panic room. 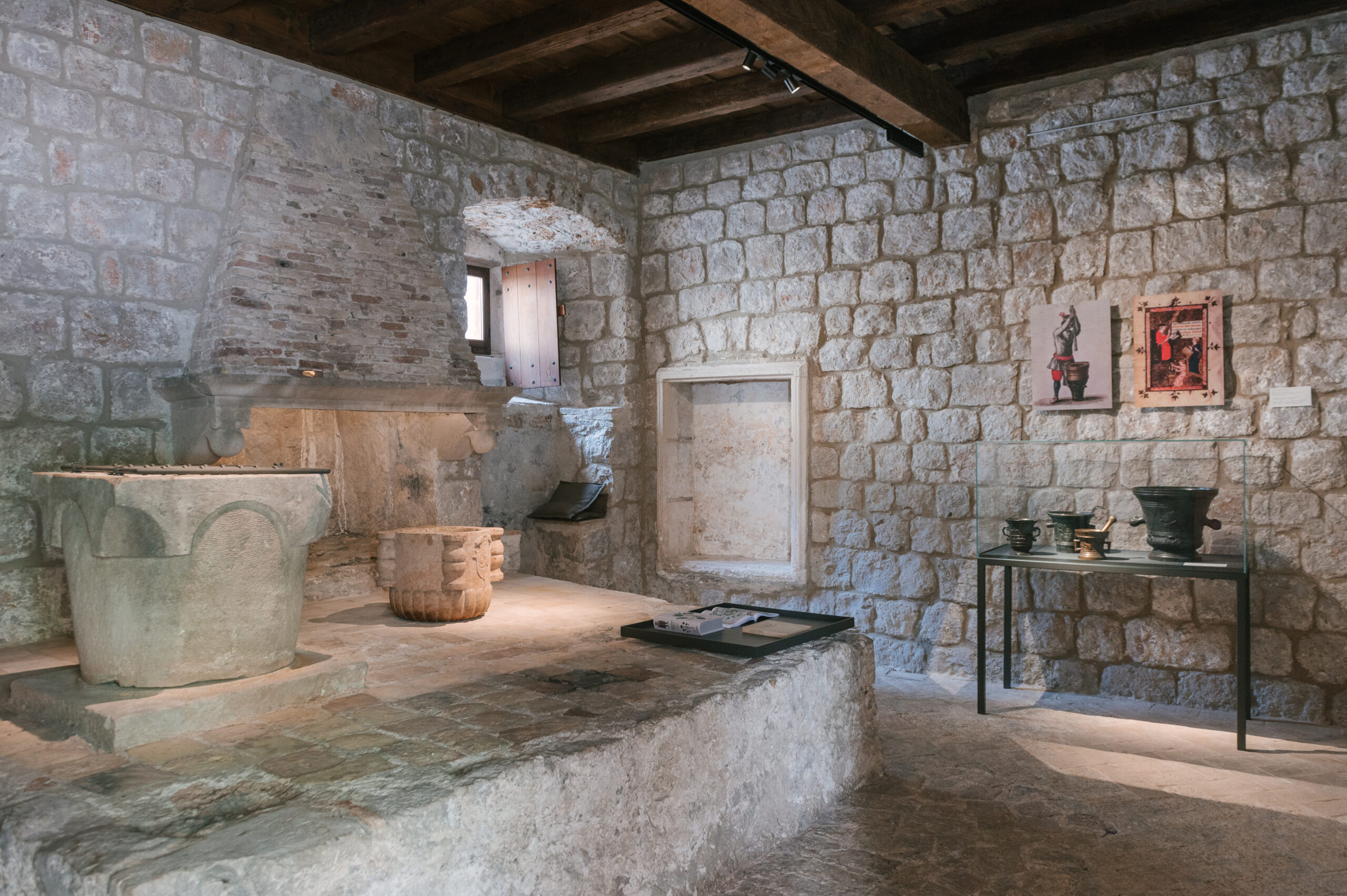 Like the rest of the property, the suites’ design was overseen by Zagreb-based architect Rujana Markovic and custom-made furniture was conceived by Italian designer Paula Lenti. (Stays are subject to a three-night minimum.) 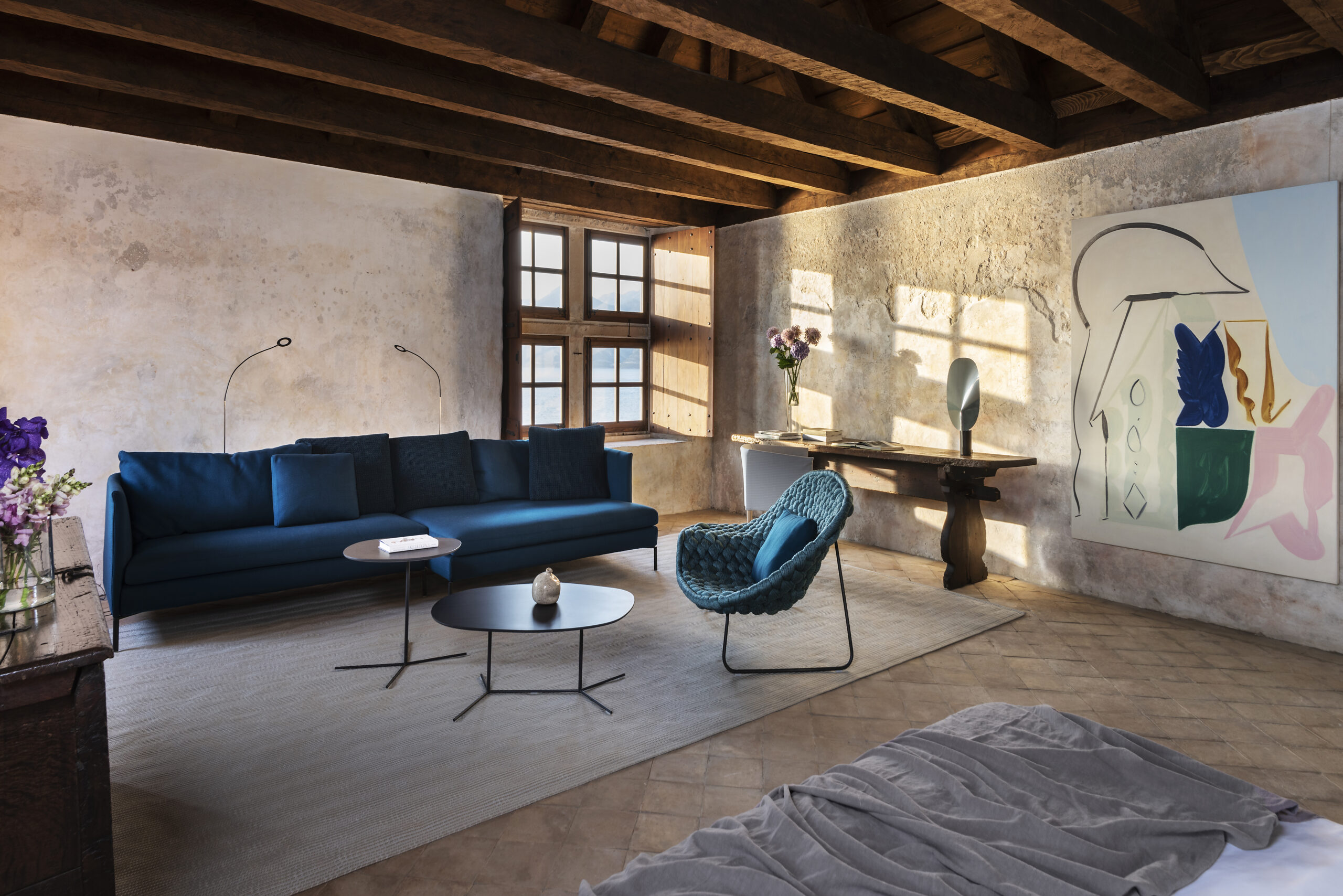 For all the welcome splashes of colour Lenti’s creations provide, interiors nonetheless retain a paucity and simplicity that feel appropriate given the development’s origins. Instead aesthetic flourishes are largely provided by the copious notable artworks, drawn from her family’s private collection, that Thyssen-Bornemisza has displayed throughout the property. 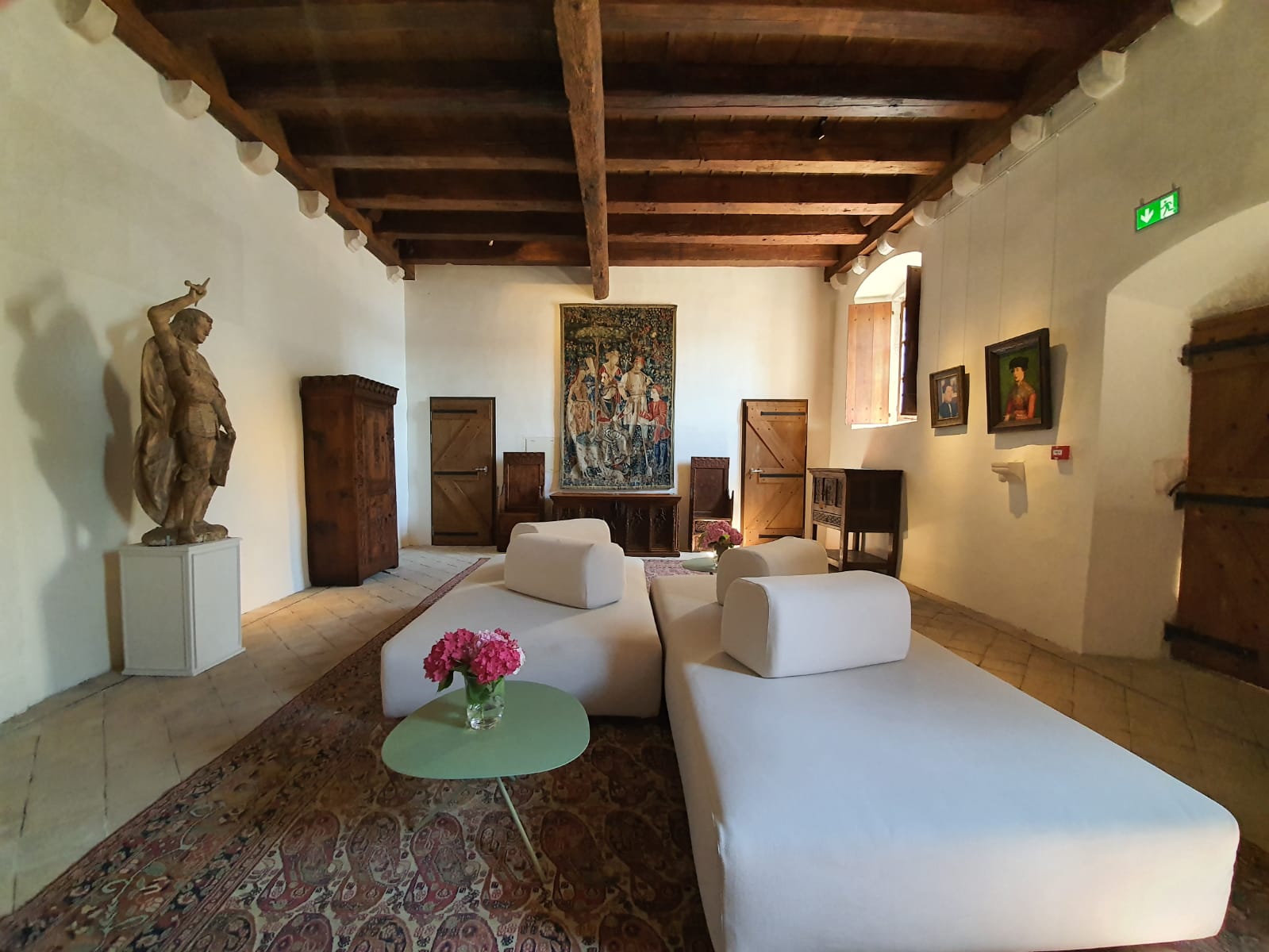 Including sculpture, paintings, furniture and decorative arts, and extending from the Renaissance to the present day, those works include a pair of 18th-century angels that stand sentry at the property’s entrance and are attributed to the Polish artisan Michael Klahr; the standout Liberation of Saint Peter by Mattia Preti (ca. 1645); a large 16th-century Ushak carpet; and German antiquities in gold and silver.