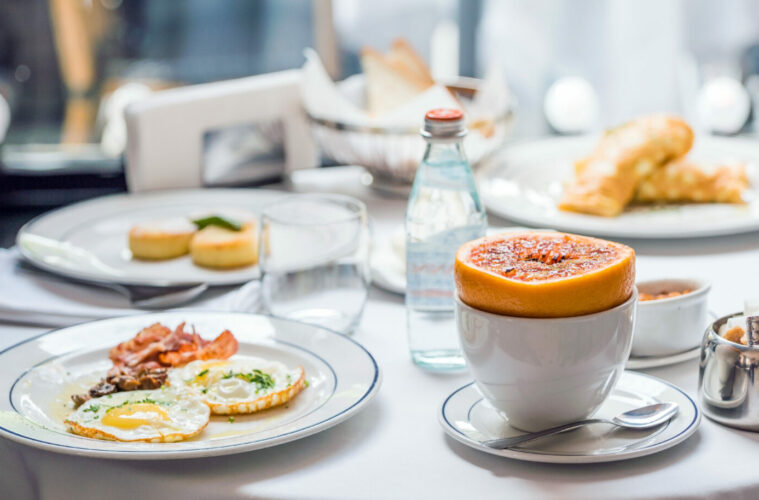 How much does room service cost in London hotels?

With an increasing number of travellers cooking their own meals in Airbnbs or ordering food to their room via apps such as Deliveroo, how can hotels continue justifying the high price of room service? Jenny Southan reports

Research by apartment provider Cuckooz has revealed room service meal prices at a selection of central London hotels, including the Savoy and W Leicester Square.

It found that the average cost of a room service meal for one guest at a London hotel is £35.68, when taking into account service and delivery charges.

A basic room service meal, consisting of a club sandwich, chips and a soft drink averages £27.90 for one person, but the addition of an average discretionary service charge of 12.5 per cent plus a typical delivery charge of £4.30 makes it even more expensive.

When looking at specific hotels, the research reveals that a single club sandwich at the Savoy will cost £27.

Even the Holiday Inn – typically a more affordable hotel – lists a club sandwich at £11.50, while its tray charge of £5 matches that of the Savoy, a five-star property.

While the average discretionary service charge across London hotels was found to be 12.5 per cent, it rose as high as 15 per cent at the ME London.

At the Mandarin Oriental in Knightsbridge and the Dorchester, a bottle of beer costs as much as £9, although the four-star Grand Royale only charges £3.70 a bottle.

The most expensive entry-level wine is at the Dorchester, which charges £59 for a bottle of red, while a glass is £15.

Fabienne O’Neill, co-founder of Cuckooz, said: “The problem is that hotel guests find themselves as somewhat of a captive audience, vulnerable to mark-ups.

“Even establishments that are generally seen as mid-range and more affordable, such as Holiday Inn, can seemingly charge whatever they like due to their London location.

“Of course, service charges are optional, but even if a guest refrains from including this cost, hotels effectively make up for this with pricey delivery charges.”