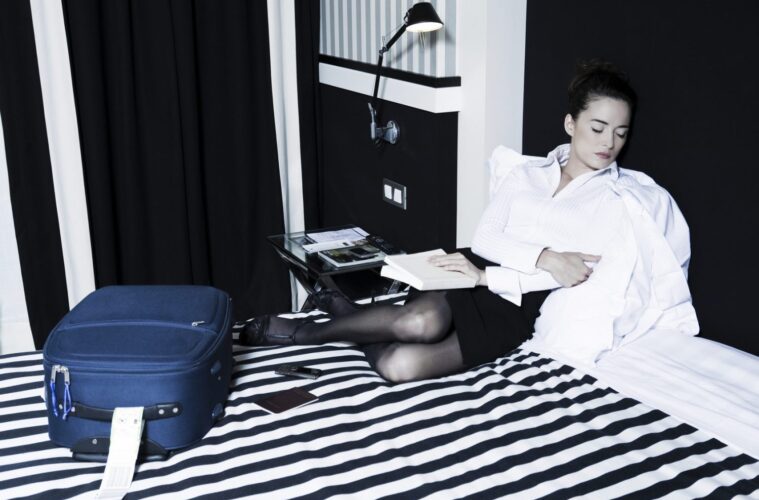 In the future, travellers traversing the world on ultra-long-haul flights might be able to take a pill to cure jet lag. Ben Brown reports

It’s 4am and I’m wide awake. Jet lag. It’s an unavoidable evil for the frequent traveller; a constant battle with shape-shifting time-zones. In New York, I do what I always do when I fly west, and explore the city in the early hours.

Headphones in, coffee in hand, it’s the perfect way to see a new place for the first time. New York is almost quiet. 28 Days Later quiet. But I know that, come the evening, my eyes will be fighting to keep themselves open.

If you fly east, it’s a different ball game. In fact, science proves that flying east results in worse jet lag than flying west. Fly far enough, and you can lose what feels like days all in one chunk.

But there is finally a cure for jet lag on the horizon. A new study by the Salk Institute has discovered a new protein called REV-ERBa. By tweaking this protein, we may be able to “reset” our bodies after a long-haul flight.

It sounds as simple as winding your body clock back, just as you would wind your watch when you land. But is it really that straightforward?

Why do we get jet lag?

Jet lag is the disruption of our circadian rhythm, our body clock.

The circadian rhythm is a 24.5 hour cycle that tells our body when to eat and when to sleep. If you fly from London to New York, you might land at JFK, but your body clock is stuck in Heathrow, five hours behind.

Your body naturally wants to sleep and eat according to its usual cycle. Which is why I’m wide awake at 4am and craving all the croissants in Manhattan.

It takes up to six days to reset the rhythm naturally (or up to eight days when you fly west). Although you can force your body to catch up by strictly sleeping and eating according to local time. In other words, don’t give in to the urge to fall asleep at 5pm.

But what if you could just flick a switch when you land, and wind your circadian rhythm to local time? According to scientists, this may be possible as we learn more about the elusive protein, REV-ERBa.

REV-ERBa is the protein that controls and regulates the circadian rhythm. If we can learn to tweak how much our body releases, we can manually regulate our body clock. And that means eliminating jet lag.

“Pharmacologically, we can manipulate this system,” confirms Michael Downes, one of the co-authors of the scientific report.

There are already a handful of ultra-long-haul flights that clock in at longer than 17 hours. United’s flight from San Francisco to Singapore, for example. Or Dubai to Auckland with Emirates (launched last year), which takes 17 hours, 15 minutes.

Theoretically, you could leave Dubai on Monday and not land in Auckland until Wednesday. Now that’s going to wreak havoc on your body clock. The demand for a jet lag cure is only going to strengthen as flights get longer and longer.

In the near future, it’s possible we’ll see a pill that controls and manipulates the REV-ERBa protein and resets the body clock. Until then, we’ll have to rely on the existing remedies.

Jet lag pills do exist in some form. Most contain melatonin – a substance your body generally only releases in the evening. A melatonin supplement, taken after sun-down, can help trick your body into adjusting to the new time zone.

The problem is, melatonin does nothing to actively shift your body clock. It just helps you doze off. Others swear by sleeping pills, while others use jet lag apps. And if you really can’t switch off, I’ve found that a strong whiskey often knocks me out. Although it’s not exactly “doctor-recommended”.

A more pro-active solution is to begin adjusting to your new time zone before you fly. Start modifying your eating and sleeping times one or two days before your trip, and you might give yourself a head start.

However, scientists tend to agree that the simplest trick is the most effective: eat, sleep and move according to your new time zone.

Force your body into the new cycle as quickly as possible. Eat fresh foods, especially for breakfast, and get out into the fresh air. Our body clocks react to light, so try to avoid hiding in the hotel room.

A future in which we wind our body clocks as easily as our watch is coming. But for now, we’ll have to power through through the pain.