Did you know that package holidays made a comeback this year, but overall, we are taking much shorter trips abroad? Ben Brown reports on the defining travel trends of 2016

2016 will go down in history as a year of shattering political change and profound loss (RIP, Bowie). For the travel industry in particular, it’s been a year of immense challenges with airline pilot strikes, Brexit and the nomadic creep of terrorism across Europe.

Despite these pressures, more Brits than ever are packing their bags and heading abroad. Proving that it will weather any storm, the travel industry remains as strong as ever. Here are the defining travel trends of the year in numbers, taken from the ABTA Holiday Habits Report 2016: 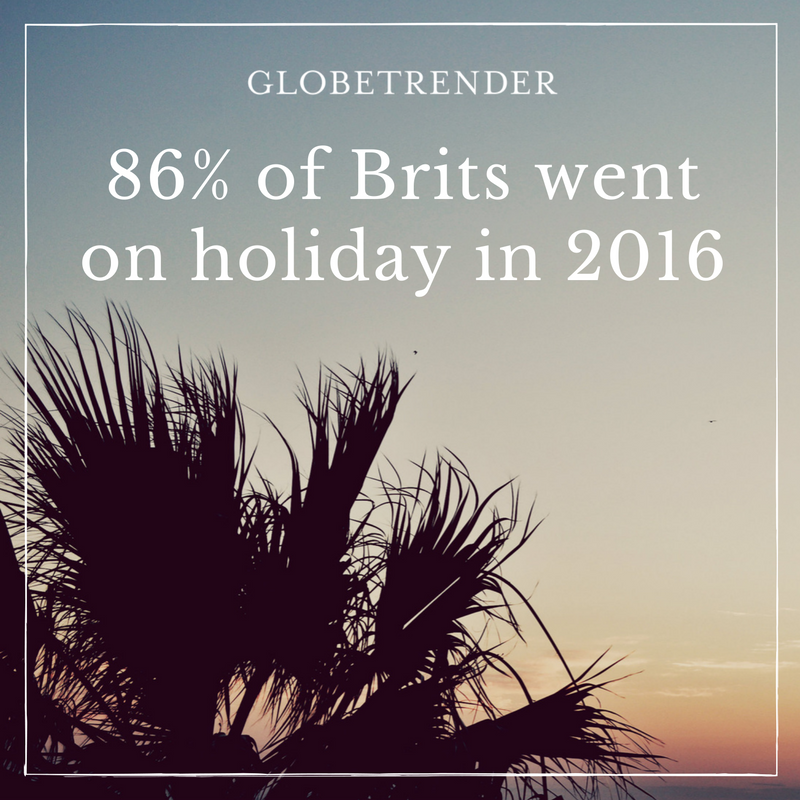 The number of Brits packing their bags rose from 77 per cent to 86 per cent in the 12-month period to August 31. Numbers include both domestic and international holidays. The population hasn’t been this eager to get away since 2011.

3. More than half of us went abroad

56 per cent of Britons took an international trip this year, an increase of 2 per cent from 2015. This figure has been growing steadily since 2013 when 52 per cent went abroad.

4. Millennials and Baby-Boomers are leading the charge

Perhaps unsurprisingly, the 25-35 age group and the 55-64 age group notched up the most trips abroad this year. Baby-boomers still spend more than any other group, however.

5. Staycations are on the rise 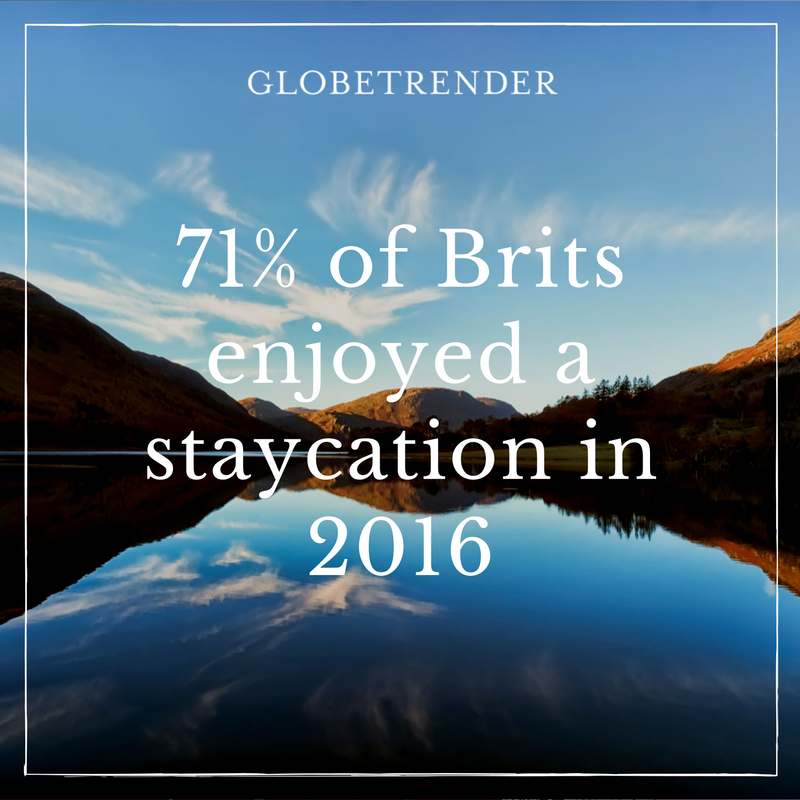 More than seven-in-ten people enjoyed a domestic holiday in the British Isles this year. Thanks to a bumper year of festivals, anniversaries and events, we haven’t seen this many domestic holidays since the Olympic year of 2012. The figure rose from 64 per cent in 2015 to 71 per cent this year. Families with at least one child under five are the biggest category here.

6. A quarter plan to spend more money on their holidays in 2017

Global uncertainties like Brexit and terror threats aren’t deterring people from their annual breaks. 24 per cent of Brits plan to boost their holiday spend next year (a small increase from 2015). 16 per cent plan to spend less.

The number of beach holidays has fallen back to 2014 levels. This is likely, in part, due to terror attacks in Tunisia and perceived threats in Egypt, where flight routes have been reduced or closed entirely.

One of the defining travel trends of 2016 is “little-and-often”. We’re taking more trips than ever before, but for shorter periods of time. The number of breaks over seven nights decreased this year. The traditional two-week beach holiday is losing popularity.

9. Almost half will try a new destination next year 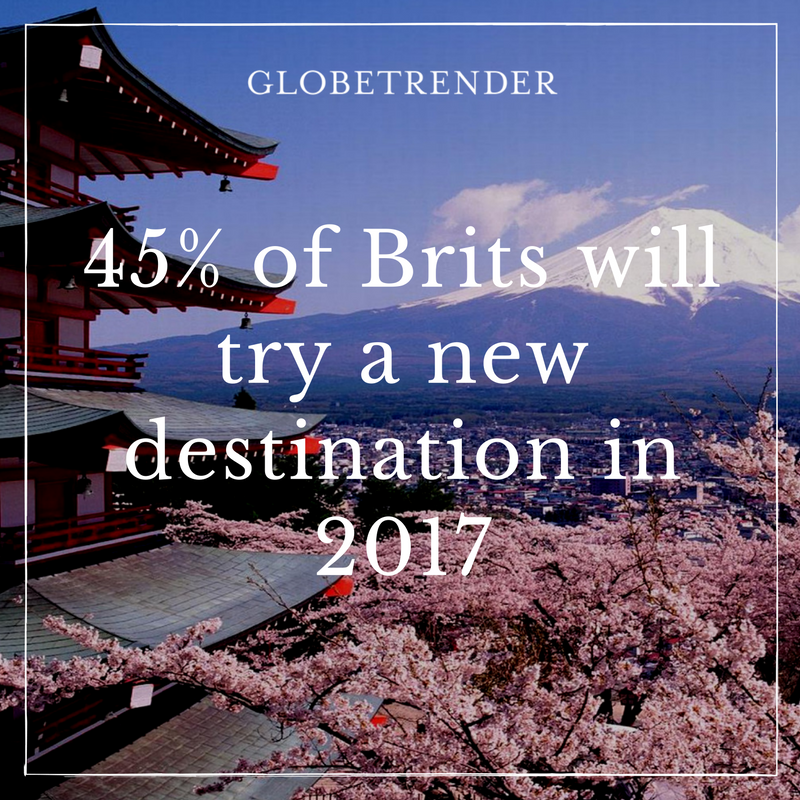 There has been a huge increase in holiday-makers willing to explore a new destination. In 2015, just 36 per cent said they would visit a new country. This year, 45 per cent are “likely” or “quite likely” to try somewhere new. More than half will at least visit a new city or resort.

25 per cent of travellers are planning to take an all-inclusive trip next year, compared to just 18 per cent that booked one this year. The driving force behind this is uncertainty over exchange rates. With the drop in the value of the British pound, holiday-makers are looking for budget certainty going into next year. All-inclusives are most popular with young families, 35 per cent of which plan to book one next year.

The number of holiday-makers booking a package holiday has increased 10 per cent since 2011, with more than half booking one in 2016. The increase is largest in the 18-24 age group, who are discovering the benefits of package holidays. 55 per cent of this group took an all-in-one holiday abroad this year.

12. We want ‘everything taken care of’

In 2015, the driving force behind package holidays was value and price. This year, the majority of customers claimed they wanted “everything taken care of”. This travel trend reflects a growing need for certainty and comfort in a period of global change.

One in five booked a holiday with an in-store travel agent this year, a significant rise from 17 per cent in 2015. It suggests holiday-makers are fed up with online travel sites and are looking for more personal advice.

14. A third of Millennials booked at high-street travel agents 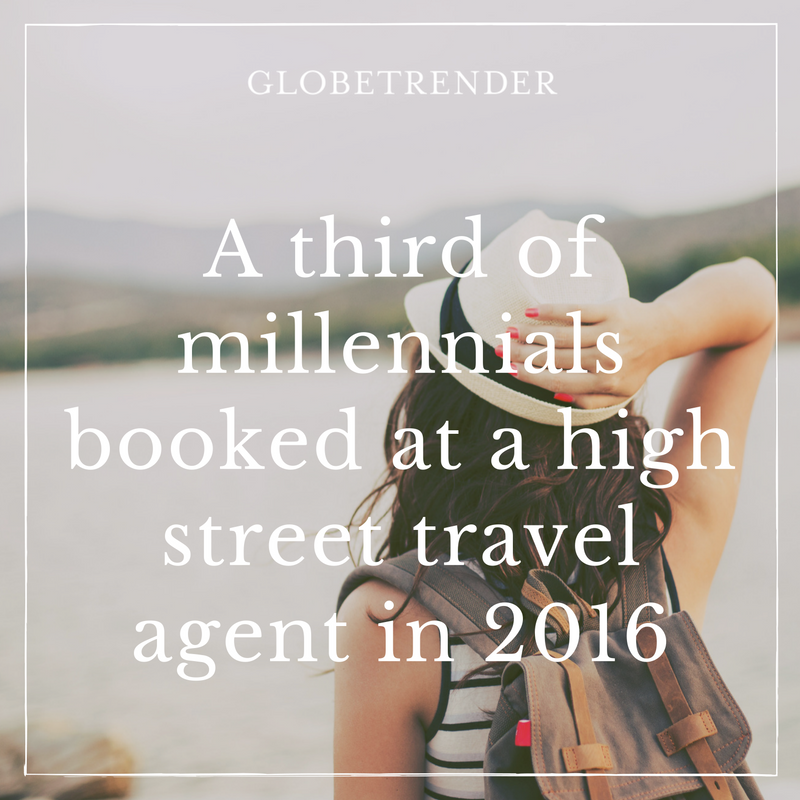 The most tech-savy generation are ditching their iPhones and gravitating towards the support of real life travel agents. 29 per cent of Millennials booked a holiday in-store this year, well above the national average of 19 per cent.

Despite the phenomenal rise of smartphones, tablets and travel apps, 92 per cent of online customers booked on their PC or laptop. In fact, bookings on mobile devices declined from 16 per cent in 2015 to 13 per cent in 2016. This reflects the perceived difficulty and lack of security when booking on a smartphone. 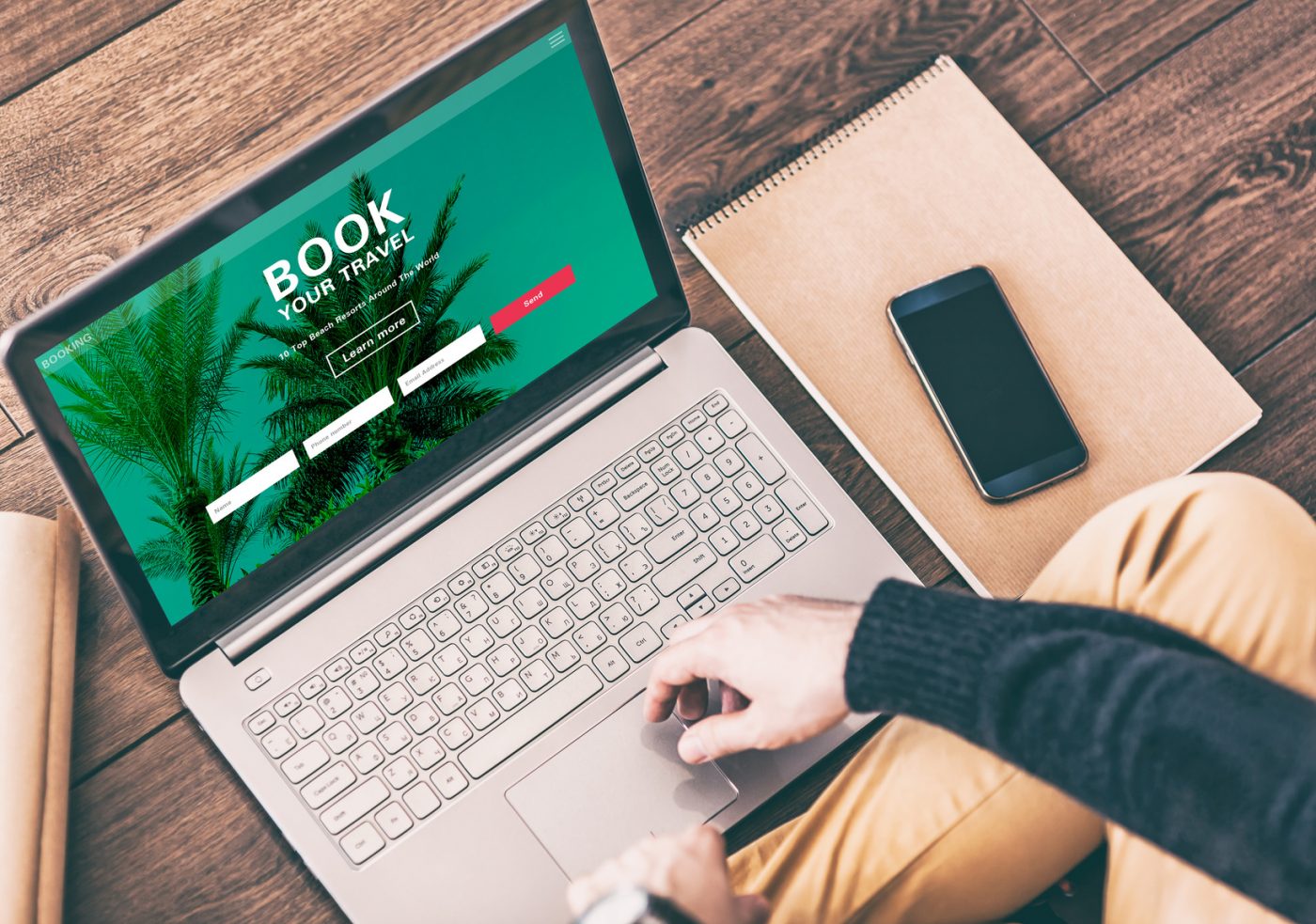 The defining travel trend of 2016 is that Brits continue to prioritise holidays and breaks throughout the year. Holiday-makers have not been deterred by global pressures and threats, but they have sought a little more comfort and certainty.

There’s good reason to be optimistic as holiday-makers plan to spend more money and explore new destinations in 2017.