On a recent trip to Stockholm, Jenny Southan met Patrick Mesterton, CEO of Epicentre, a new coworking space and “house of innovation”.

Establishing itself on the cutting-edge, Patrick and 60 or members, have chosen to biohack their own bodies, inserting RFID microchip implants into their hands that are used to unlock doors, buy snacks from vending machines and send virtual business cards with a single swipe.

“I have one in my hand – you can see the little scar,” says Patrick, raising his forearm to show me. “Once it is in, you can’t take it out.” The size of a grain of rice, the microchip implants are inserted with a syringe under the skin. “It hurt,” confessed Patrick. “But the chips mean you don’t need keys or a wallet so it is very convenient.” 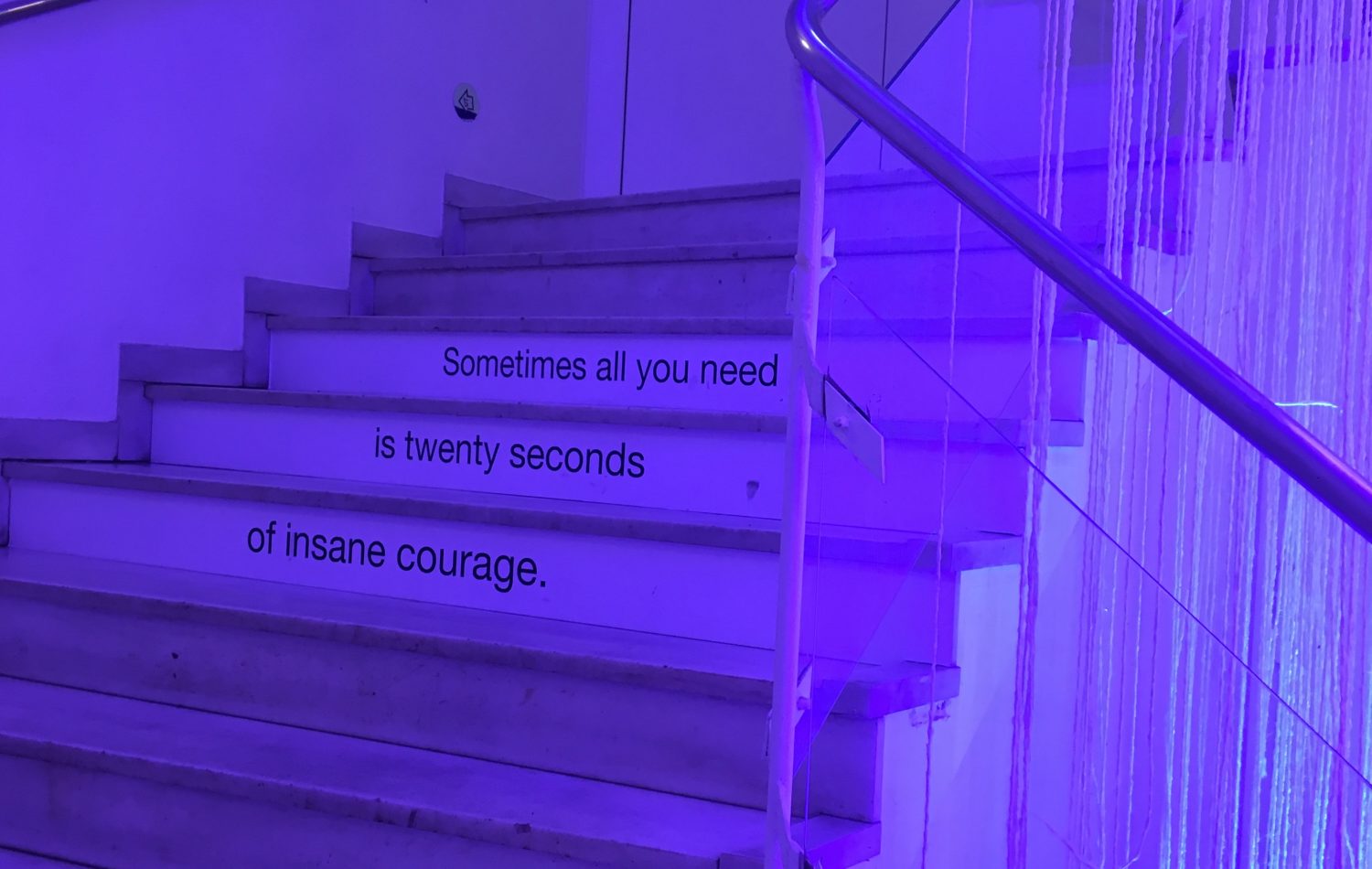 He says: “In total, there are about 1,000 people in Stockholm that are chipped and they are always trying to see what services they can connect to. When we started it here, we had a lot of people who wanted to try it. The police even called us to ask if we thought RFID technology could be good for gun prevention.”

As I wrote in my October feature on Stockholm for Business Traveller magazine, the microchip implants work like contactless debit cards or office ID passes. With just the swipe of a hand, members of 8,000 sqm Epicentre co-working hub can pay for snacks from vending machines, open electronic security doors and activate photocopiers.

“Every quarter we do a ‘chip and beer’ event,” says Patrick. “By using your chip you can print on-demand, instead of having sensitive documents coming out when you aren’t there.” 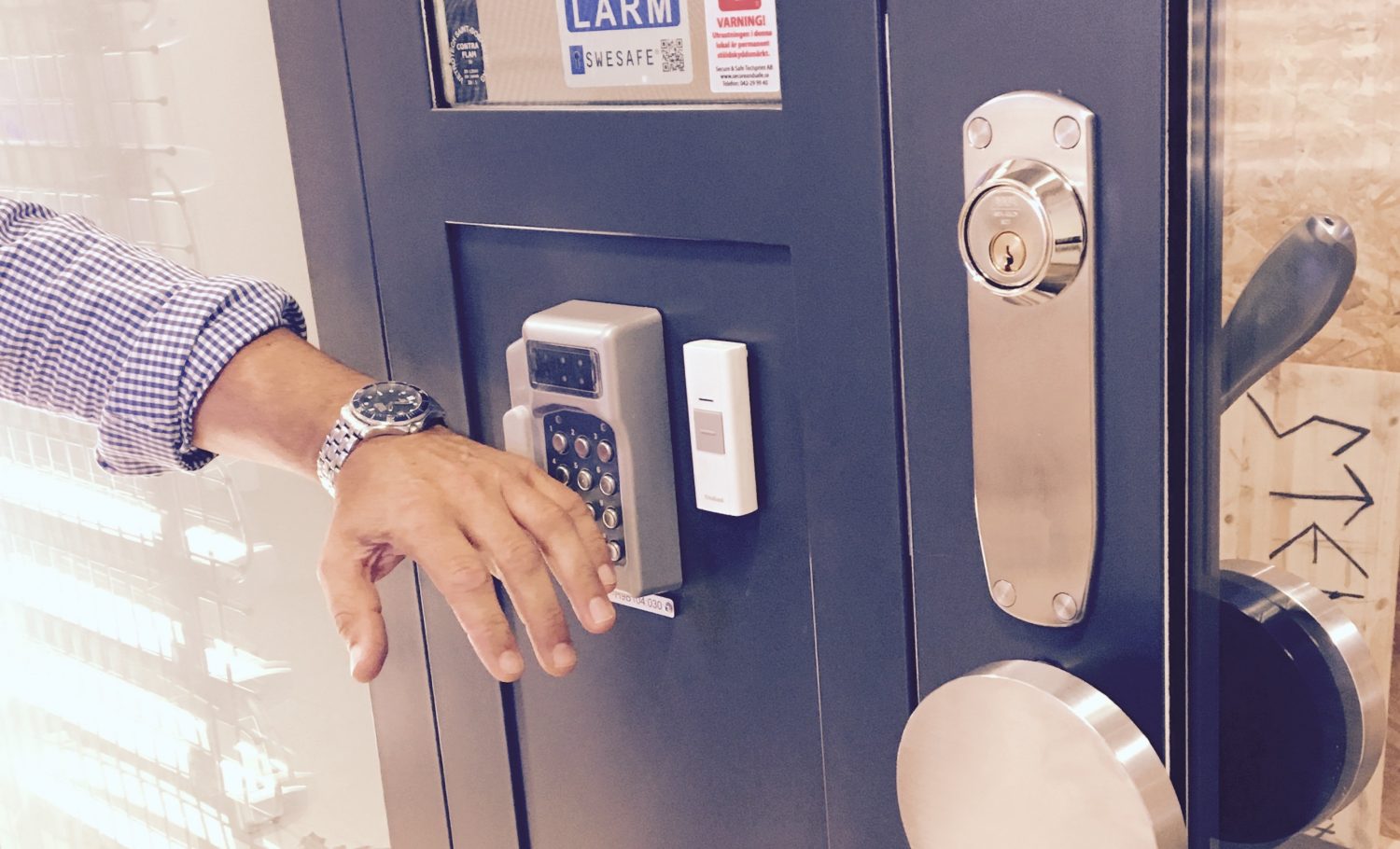 Developed by Swedish biohacking group BioNyfiken, each implant has a unique binary number that can sync with an infinite number of readers. As the technology becomes more widespread, people will be able to gain access to their local gym, buy a sandwich from a nearby café, or send a virtual business card to a client’s smartphone. There will be no need for credit cards, keys, ID passes, metro tickets or PIN codes.

What is Epicentre Stockholm?

Launched last January in the business district of downtown Stockholm, Epicentre has a mix of open-plan workspaces, studios and offices for both tech startups and established internationals such as Microsoft and IBM.

The former are there to learn how to scale, while the latter take part in ‘innovation labs’, but collaboration is a big part of it too. Its 300 member companies (and 1,500 individuals) also benefit from seminars, hackathons and ‘digital safaris’ for prototype demos.

Located at Malmskillnadsgatan 32, Epicentre is part of a futuristic quarter called Urban Escape (urbanescape.se), which is made up of five buildings being developed by Sweden’s AMF Fastigheter. Next year, the project will have a vast rooftop garden, restaurants, bars, and two lifestyle hotels from the Nordic Choice group. Both located on Brunkebergstorg, At Six (hotelatsix.com) will have 343 rooms, while Hobo (hobo.se) will feature 200 rooms. The other buildings on Regeneringsgatan (for offices, retail, apartments and events) will be transformed by 2019.

The first phase of a new Epicentre site opened on Master Samuelsgatan in the summer, with completion of the 11,000 sqm space set for December. Social media networking app FishBrain (for anglers), virtual reality gaming company Resolution Games, and mentoring programme Google for Entrepreneurs will be the first residents.

Patrick says: “The design concept we have gone for is ‘under construction’, which is why everything looks really raw, but the idea behind that is we are building business. What we wanted to create was an environment that is very allowing – where people feel they can change direction and do things. 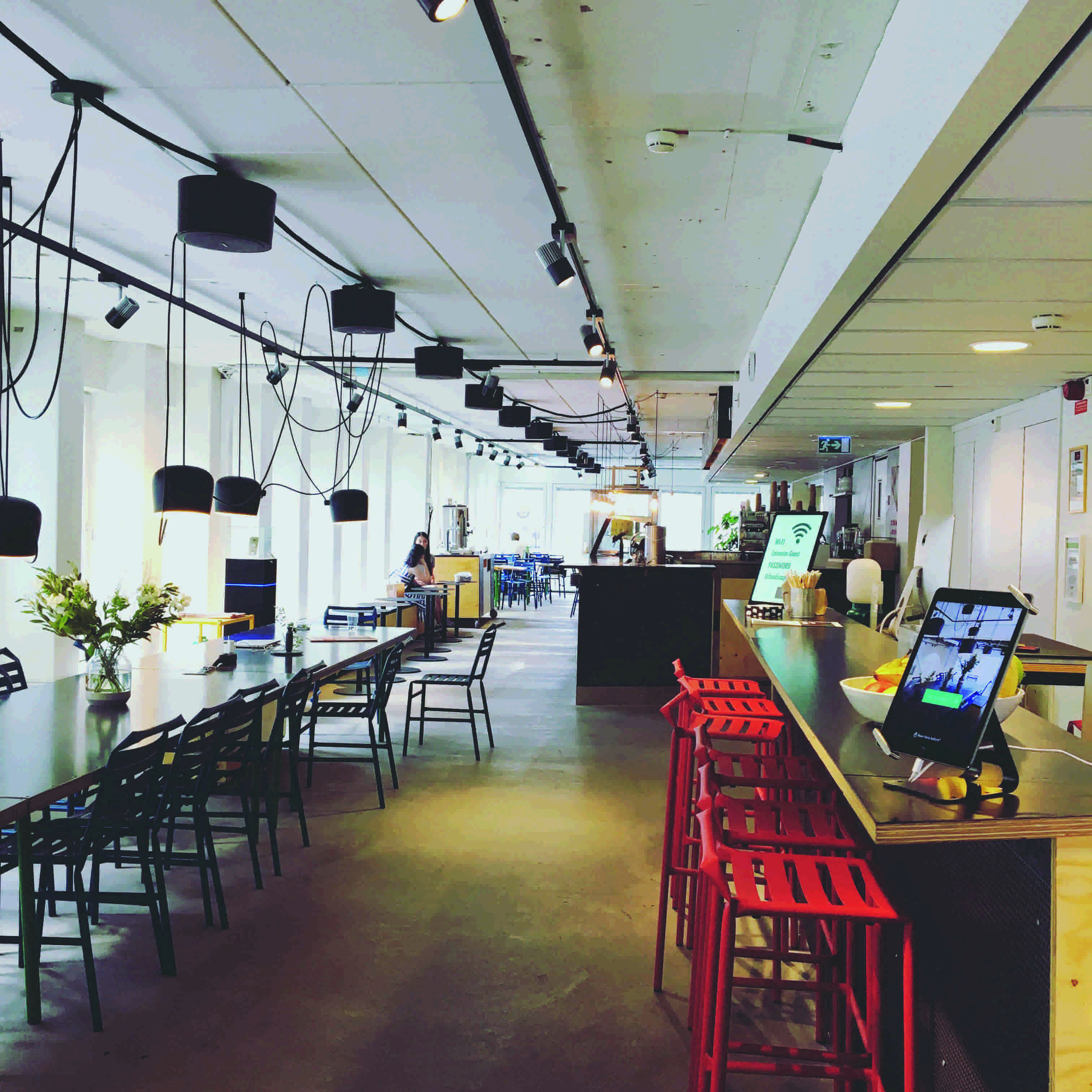 “That is why, for instance, we don’t have any carpet because that very easily allows us to change the space. If you look at this area, this is where we host events and dinners, discos and rock concerts, all sorts. Everything is based on maximum flexibility.

“We have designed our space so that it follows the life curve of a company. If you are small entrepreneur, you might need two or three flex seats where you are not sitting permanently, while larger companies might want their own studio where they can always sit together. Others might need a full private office.”

Why was Epicentre launched?

Patrick says: “The reason we started Epicentre Stockholm has to do with a couple of things. One is if you look at these small digital companies, the traditional real-estate model doesn’t really work for them because lease agreements tend to be three to five years. And the problem for these companies is that they grow so quickly they don’t know if they are ten or 100 people.

“We are a meeting arena for fast-growing digital companies that are looking to expand and grow internationally, but we also work with helping large established companies – the multinationals – to collaborate with these fast-growing digital businesses in order to enhance their own digital presence and come up with disruptive new innovations.

“Epicentre offers a ‘heterogenous environment’. The small companies are very innovative and driven but what the large companies can help them with is how to scale and go international. 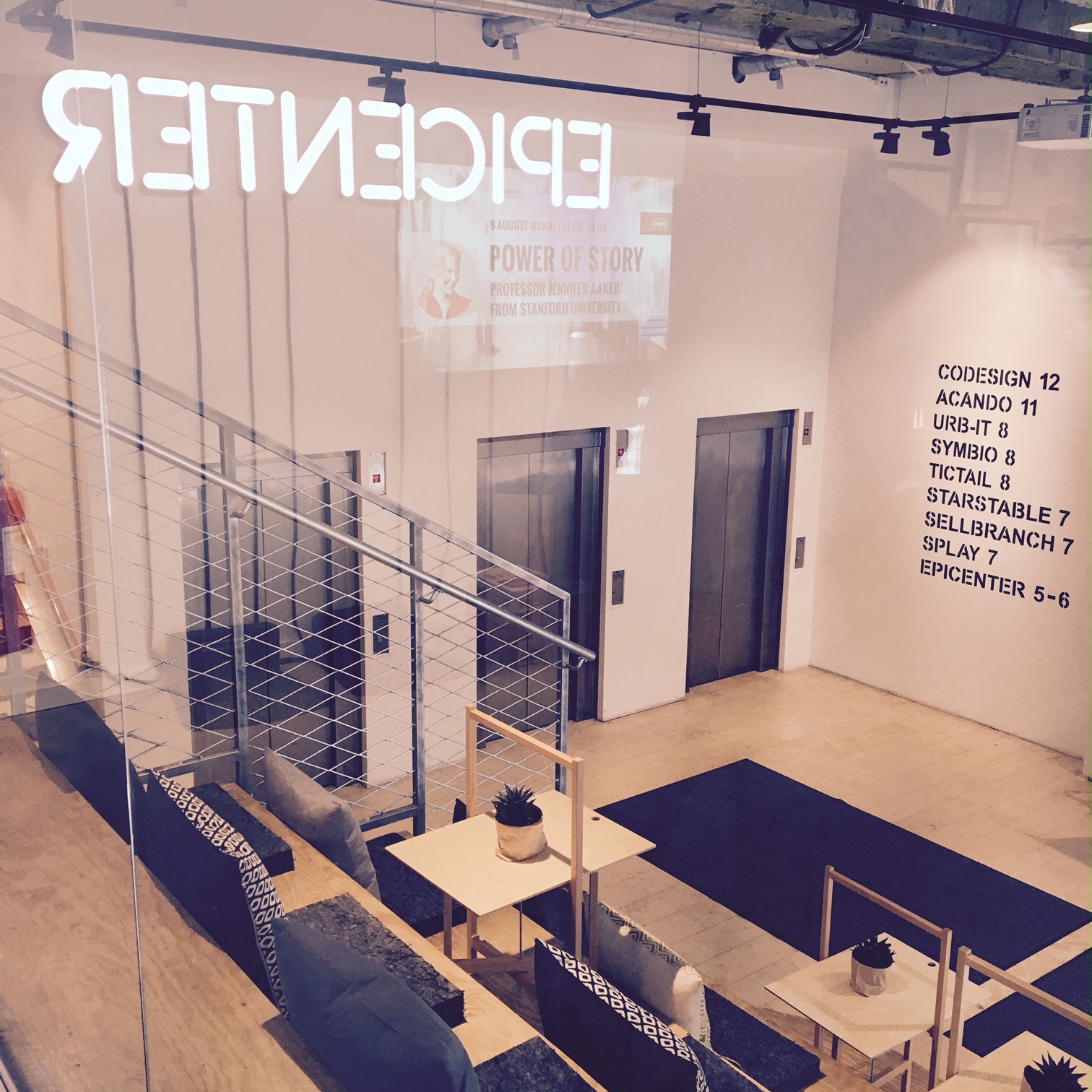 “Another thing we saw is that Stockholm is one of the fastest-growing cities in Europe [right now it has a population of about one million]. It has a very high influx of people because this is where the jobs are and we have a large refugee crisis. So we asked how can we create more jobs? Thinking that if we pool some of the best companies together that should give an opportunity to create more jobs, more tax payers and larger companies, which is what we call ‘innovation with impact’.”

What does Epicentre offer?

Patrick says: “We offer three different types of products – one is an innovation arm where we run corporate innovation labs for large companies. We think it is easier for them to run new disruptive innovation outside their traditional offices because in many cases there is a corporate immune system that kills a lot of these great ideas – they are not part of the business plan.

“If you have tonnes of creative people running through your system then the chance of hitting something really big is much larger. We put teams together, teach them about the Lean Startup and help matchmake them with the greatest entrepreneurs. They have the chance to fulfil new great ideas within their companies.”

Who works out of Epicentre? 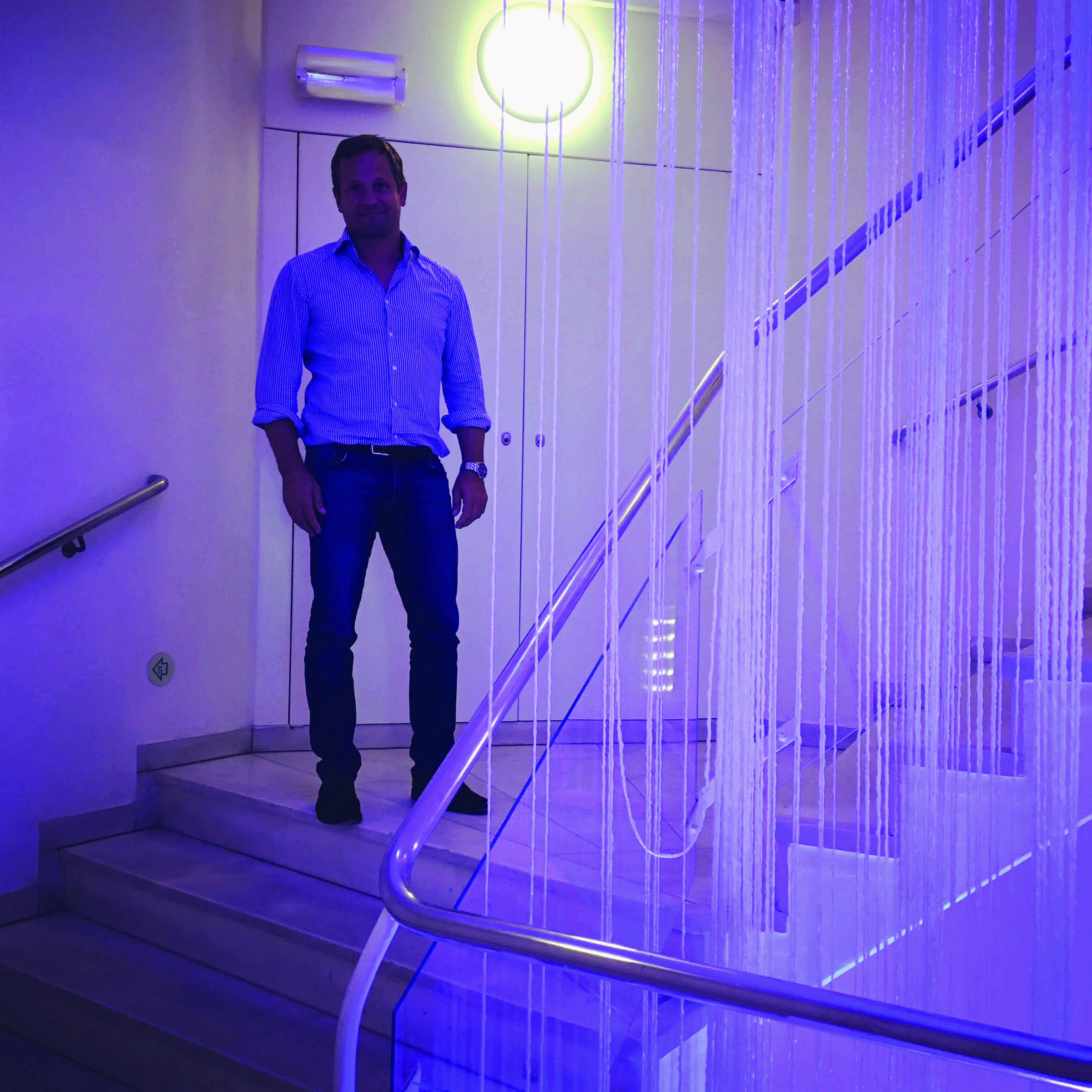 Patrick says: “We have Splay, which is the largest YouTube network we have in Sweden. They are owned by one of the traditional TV companies but they have intentionally based themselves here as they want to grow in a different way. They were about 14 when they arrived and are about 70 people today. If you look outside you can often see gangs of kids sitting there waiting for their favourite YouTube stars. For them, getting an autograph from Pewdiepie is like meeting Madonna.”

“Another company we have here is Glue. They make digital locks for home delivery. They are connected to the delivery companies like DHL so couriers can let themselves in when you aren’t there. You can order and get your groceries into your fridge while you are at work.

“And then there is Ticktail, which has about 100,000 clients on its e-commerce platform. They help anyone with a physical store to get online. The largest crowdfunding platform in Sweden is FundedByMe – it just went on the stock exchange. They have helped a lot of the companies that we have here at Epicentre. 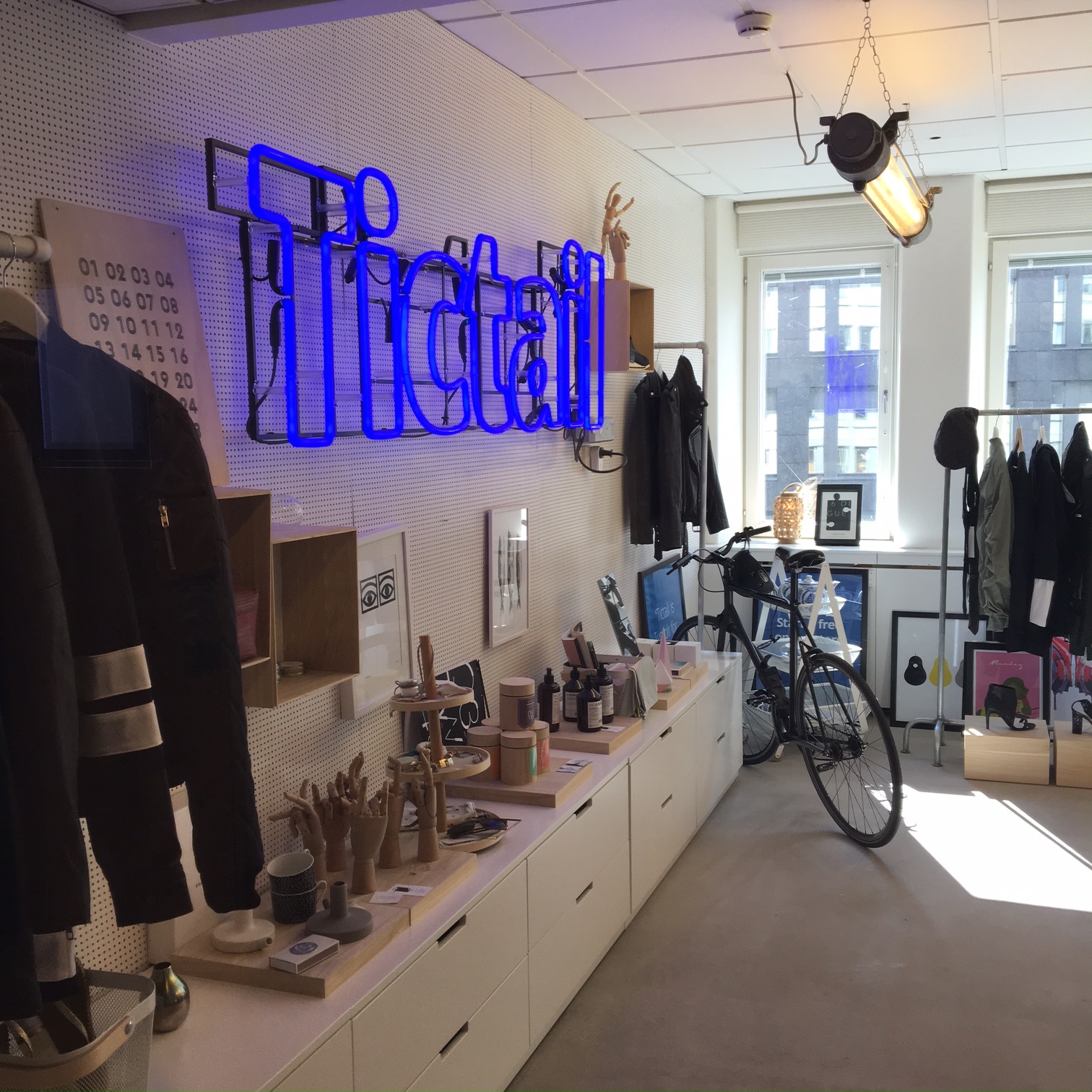 “In a year, the average company we have here has grown 350 per cent. If you take StarStable, which is one of the world’s largest online games for girls who are interested in horses, when they came in here a year ago they had about 20 people – now they have 65.”

Why is Stockholm a hotbed for innovation?

Patrick says: “We are especially good at digital innovation but also design, art and music. Connectivity is, of course, super important – we were very early with broadband and mobile internet. We are also an extremely small country so we need to be very international, tapped into what’s hot and what’s not. This means that when we build something, we build it to scale immediately – we never build something for Sweden only. We always ask how do we make this huge? 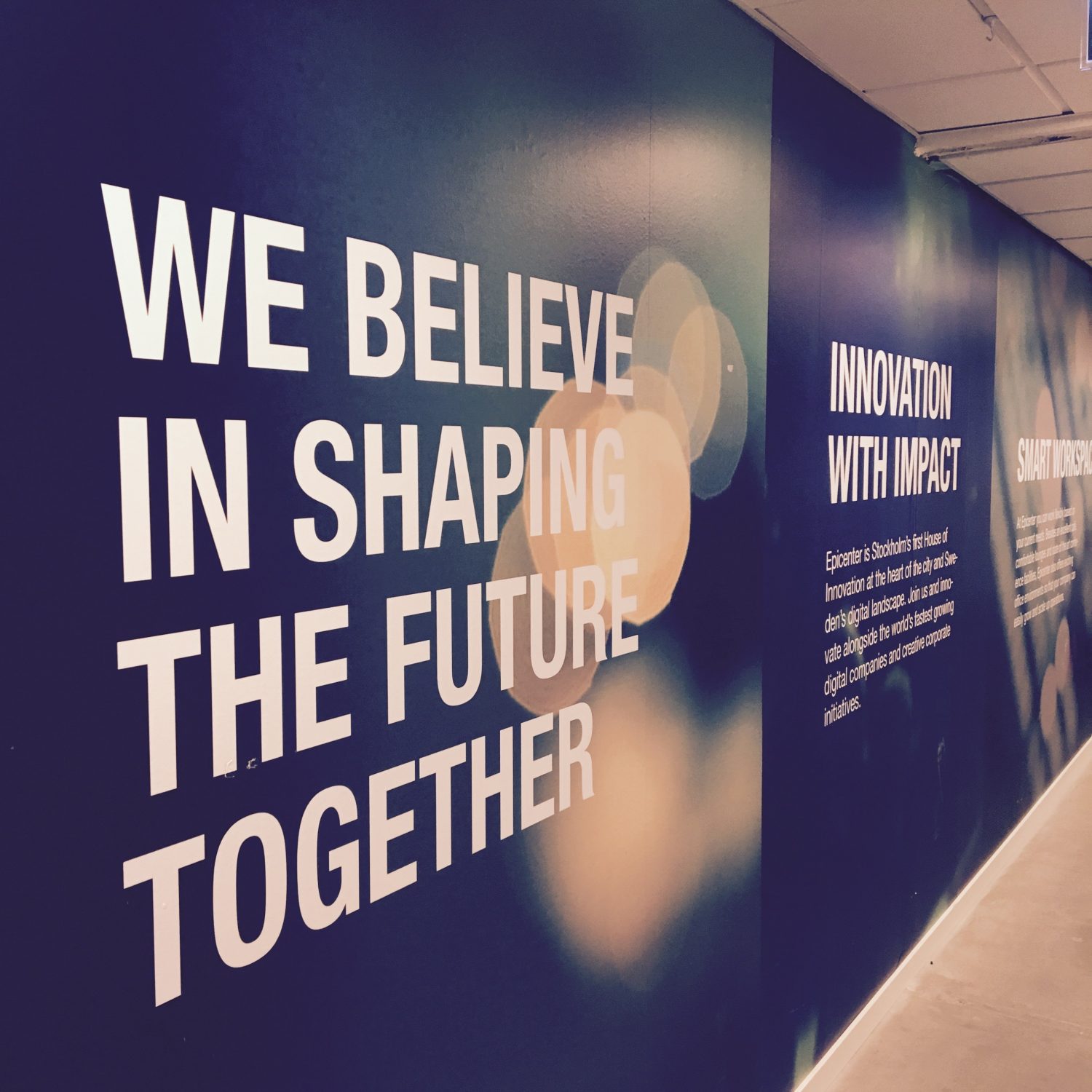 “We have an excellent, free education and good role models – when you look at people here in Sweden who have had big success, they are very open about it. It’s very democratic – they are not clinging on to ideas and being very secretive about it. They are very encouraging of collaboration and are investing back into their community.

“If you look at Niklas Zennstrom, founder of Skype, he is super active in helping new entrepreneurs grow. The guys behind Spotify and Klarna are the same. There is more and more of that happening.”

In recent times, Stockholm has been dubbed the “unicorn factory” because of the number of startups valued at more than US$1 billion it has been producing. In fact it has the highest number of unicorns per capita in the world, after Silicon Valley. Some of the best known are Spotify, Skype, game-maker King (Candy Crush Saga) and mobile payments company iZettle.

But Patrick says “we have four or five more now in the making – for instance, Truecaller, they are really big”. When the next unicorn is born, there is a good chance it will have come out of Epicentre. And there’s a good chance all the staff will have microchip implants in their hand.

UPDATE: As of July 2017, Three Square Market in the US has also introduced microchips for employees, as reported in The New York Times.