Heist Bank is riding a wave of culinary trends in the capital with its wood-fire pizza oven and craft beer on tap. It’s sparking some new trends of its own, too, with an in-house florist, Mr Whippy ice cream and Nintendo video game consoles in the basement.

Naturally, we had to explore. 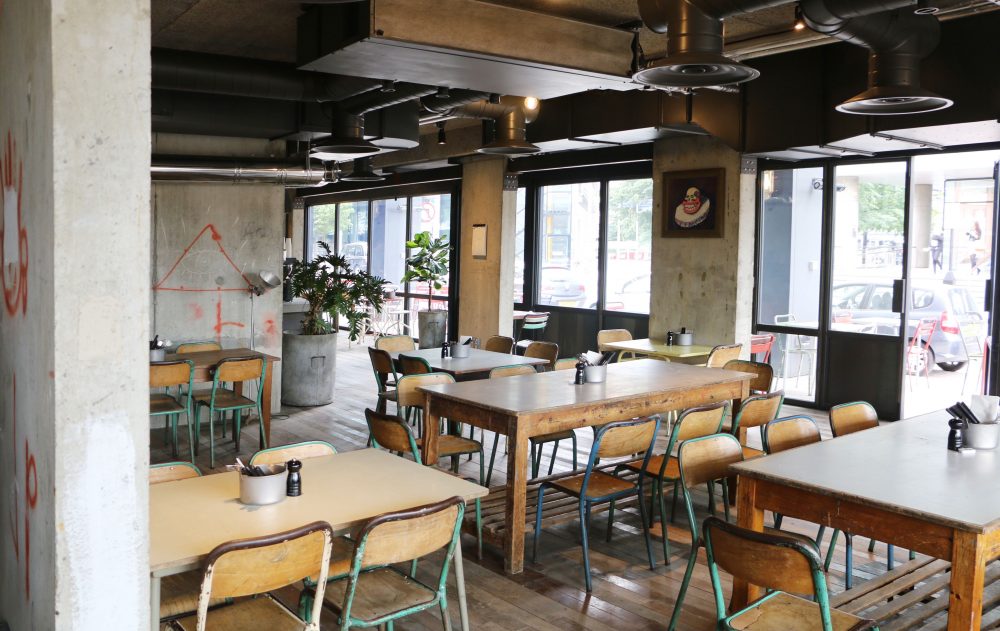 Heist Bank picks up its architectural cues from London’s regenerated East End. The industrial concrete walls are splashed with graffiti and local artwork. Exposed air ducts hang from the cavernous ceilings and reclaimed school chairs and tables furnish the restaurant.

Converting old industrial warehouse spaces is nothing new for London, but leaving it brutally exposed is a theme we’re seeing more and more. Heist Bank’s raw interiors design is striking, but the restaurant area is comfortable, bright and relaxed.

Industrial decor has spread across London, taking it into the mainstream. As a consequence, we can ask, can it still be considered cool? See also, Dabbous.

Globetrender’s unique “sticky rating” is a prediction of how likely a trend is to “stick” – to catch on, gain momentum and move from the “early adopter” to the “early majority”, “late majority” and “laggard” 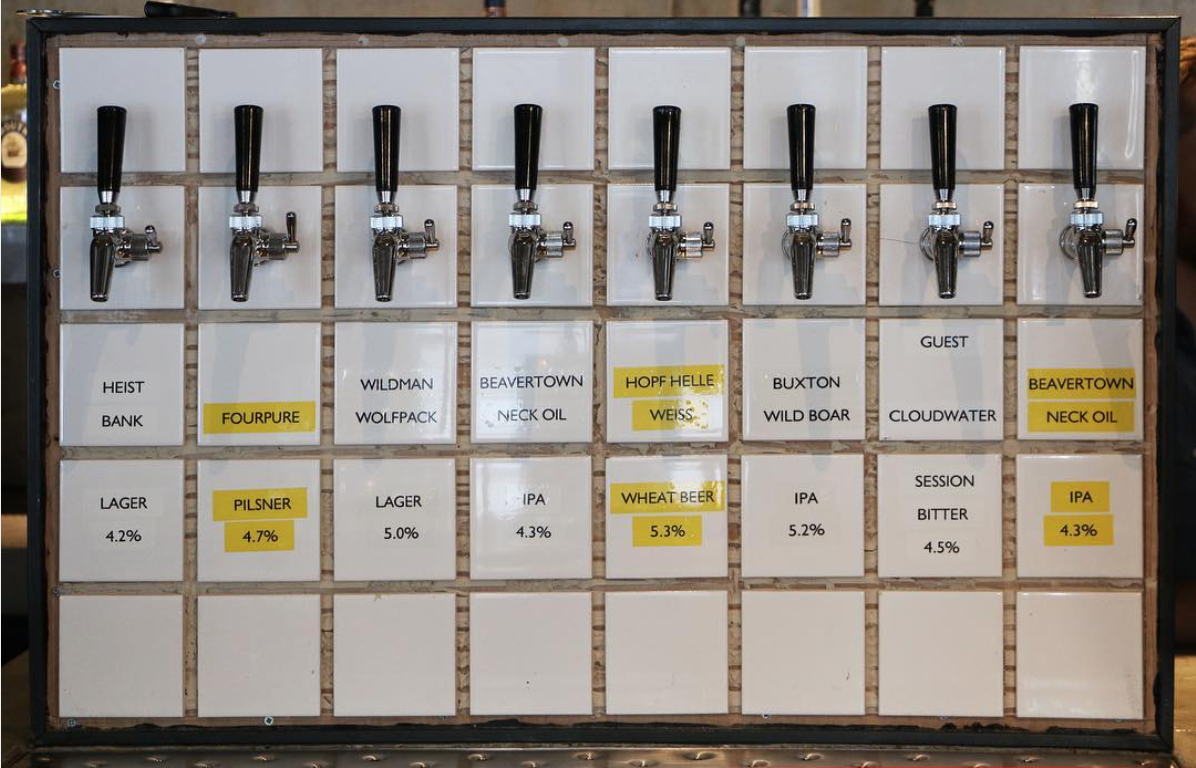 At the bar, you won’t recognise a single beer unless you’re a craft brew connoisseur. I scan the list of 12 speciality beers on tap but ultimately ask the bartender for a recommendation. He serves me their flagship Heist Bank lager, brewed by local partners. It’s light and citric, available in halves, pints, and 3.3-pint “growlers” to take away.

In the past, you’d have to scour the dank hipster hangouts to find more than three different ales, but Heist Bank embraces the trend completely. You’ll also find a globetrotting wine fridge, eight different types of gin and a slew of seasonal cocktails.

Craft beer will continue to enjoy its renaissance, but the lack of a simple Peroni may irk some customers. See also, The Craft Beer Co. 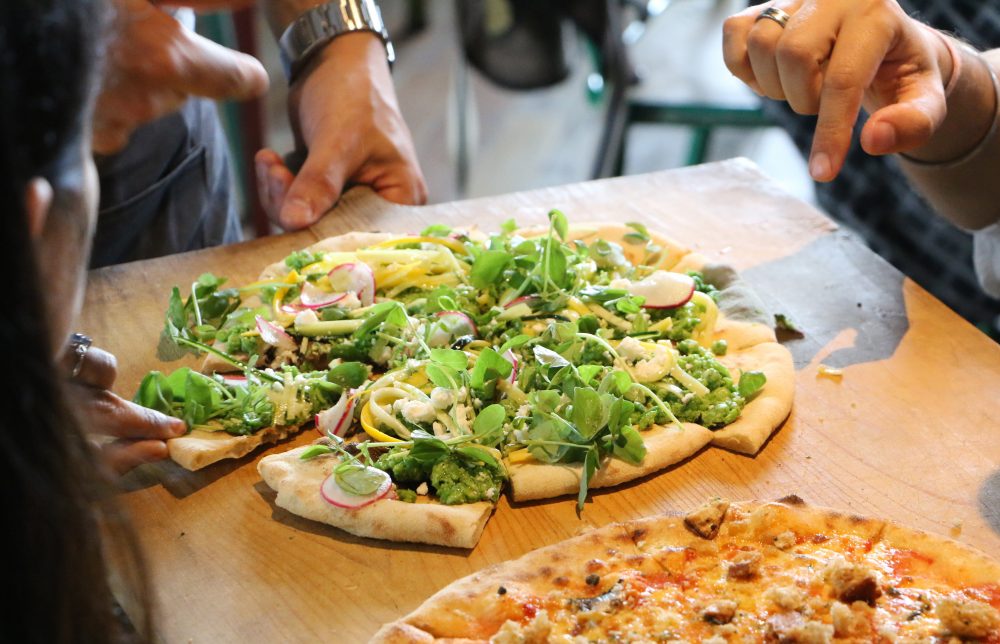 Traditional wood-fired pizzas are a bona-fide trend in London. The capital is brimming with authentic pizza restaurants, where the dough has a story and is flung around the kitchen by chefs-on-show.

Whether it’s the chaotic-but-fun Franco Manca or the quietly brilliant Pizza Pilgrims, traditional pizza ovens are all over the city.

Few, however, are shipped in from Italy. At Heist Bank, it’s not just the ingredients that are authentic, it’s the hardware too. The oven is a traditional wood-burning clay oven, not a gas powered alternative you see in other corners of the city.

Also getting in on the act is Zia Lucia in Islington (opened in June), which uses 48-hour slow fermented pizza dough – they even do a black base using flour mixed with vegetable charcoal.

The menu at Heist Bank is succinct but creative; more refined than the average pizza place. I choose the lamb, preserved lemon, Brokley feta and wild rocket pizza. The dough is soft and laden with toppings that are light and fresh. The staff bring chilli oil and garlic oil before I even have to ask for it.

You can’t help but notice the burst of colourful flower outside the entrance to Heist Bank, which is the work of their in-house artisan florist, Botanique.

Inside, those same flowers adorn each table. There’s also a double-height art installation from local graffiti artist Pure Evil reaching up the stairs, as well as canvases from Thierry Noir, who is famous for his Berlin Wall murals.

Heist Bank creates a place for local artists and small businesses to work together. It has a buzz of community and collaboration. Outside, you can even borrow a bike to explore the local wharf.

Local entrepreneurs and artists coming together to expand their audience can only be a positive thing. See also, Trade Union and The Institute of Light.

Free-flowing Mr Whippy ice cream is always going to be a crowd pleaser, and it’s fun – as a dessert should be. Over in Soho, Japanese-inspired fusion restaurant Shackfuyu, began offering green tea soft serve ice cream when it opened at the beginning of last year.

At Heist Bank, I also spot a “chocolate peanut pizza” on the dessert menu; not for the first time in London. I can’t help but smile at the idea, but I choose a sensible espresso instead; it has a fantastic rich kick to finish the meal.

There’s nothing like Mr Whippy to tap into your inner child but some restaurants are elevating the experience with grown-up flavours and dessert pairings. See also Shotgun BBQ and Chick ’n’ Sours. 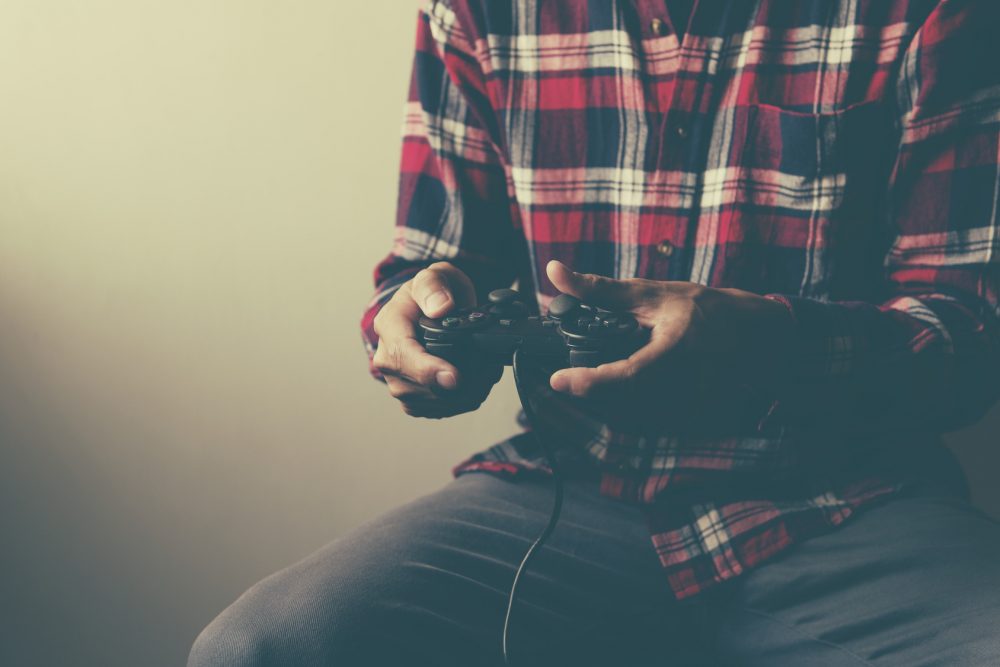 Head downstairs at Heist Bank and you’ll find a private function room with a 45-person capacity. It’s decked out with a karaoke machine, Nintendos and self-service beer kegs. Personally, if I were here with friends, we’d be here all night.

There is a small wave of bars and restaurants adopting retro gaming in London including The Breakfast Club, Simmons, and the more hardcore The Meltdown, which is dedicated solely to gaming and e-sports.

There’s a niche but voracious appetite for gaming in the capital, which is only going to get stronger as Pokemon Go reminds adults why video games are fun. 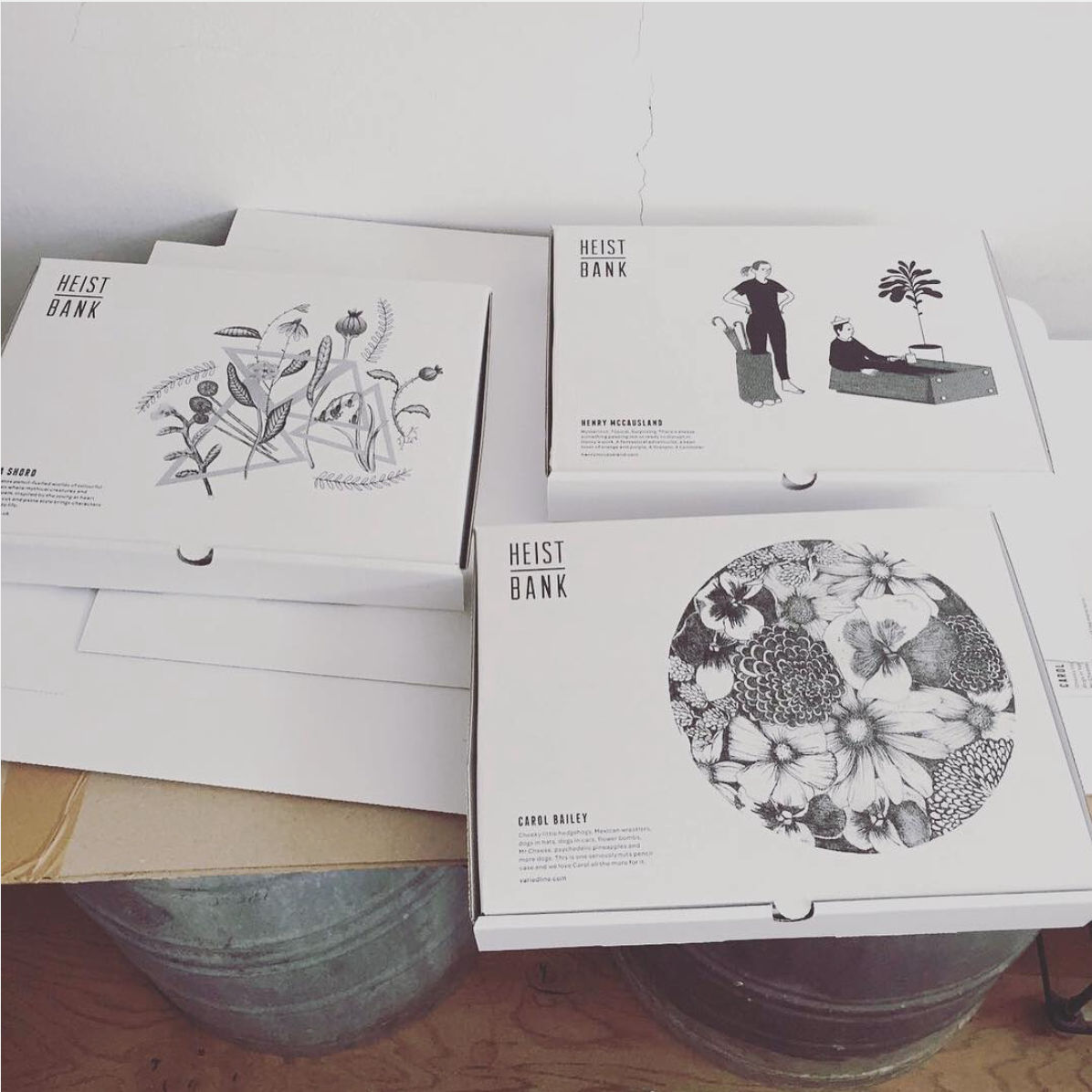 Asking your waiter for a doggy bag has always been a little bit embarrassing. (And some London restaurants will outright refuse). But at Heist Bank, tasking away pizza and beer is encouraged.

The pizza boxes are doodled with original flower designs from British artists, and beer growlers are available at the bar, so you can take home three and a third pints of your favourite craft beer.

When pizza and beer tastes this good, why wouldn’t you want to take it home? As portions go American-style, we can expect the trend for saving leftovers to take off.