Independent craft brewer, BrewDog, has announced that it is opening the world’s first craft beer hotel at its headquarters in Aberdeenshire, Scotland. Set to arrive in the first half of next year, the hotel will be called the DogHouse, and its 26 rooms will feature beer on tap, as well as built-in beer fridges in the shower. It’s a dream come true for craft beer lovers.

Next door, the company will be building an extension to its existing brewery. BrewDog says: “Guests will be able to watch brewers at work from rooms overlooking the new facility, providing the ultimate immersive beer experience.” 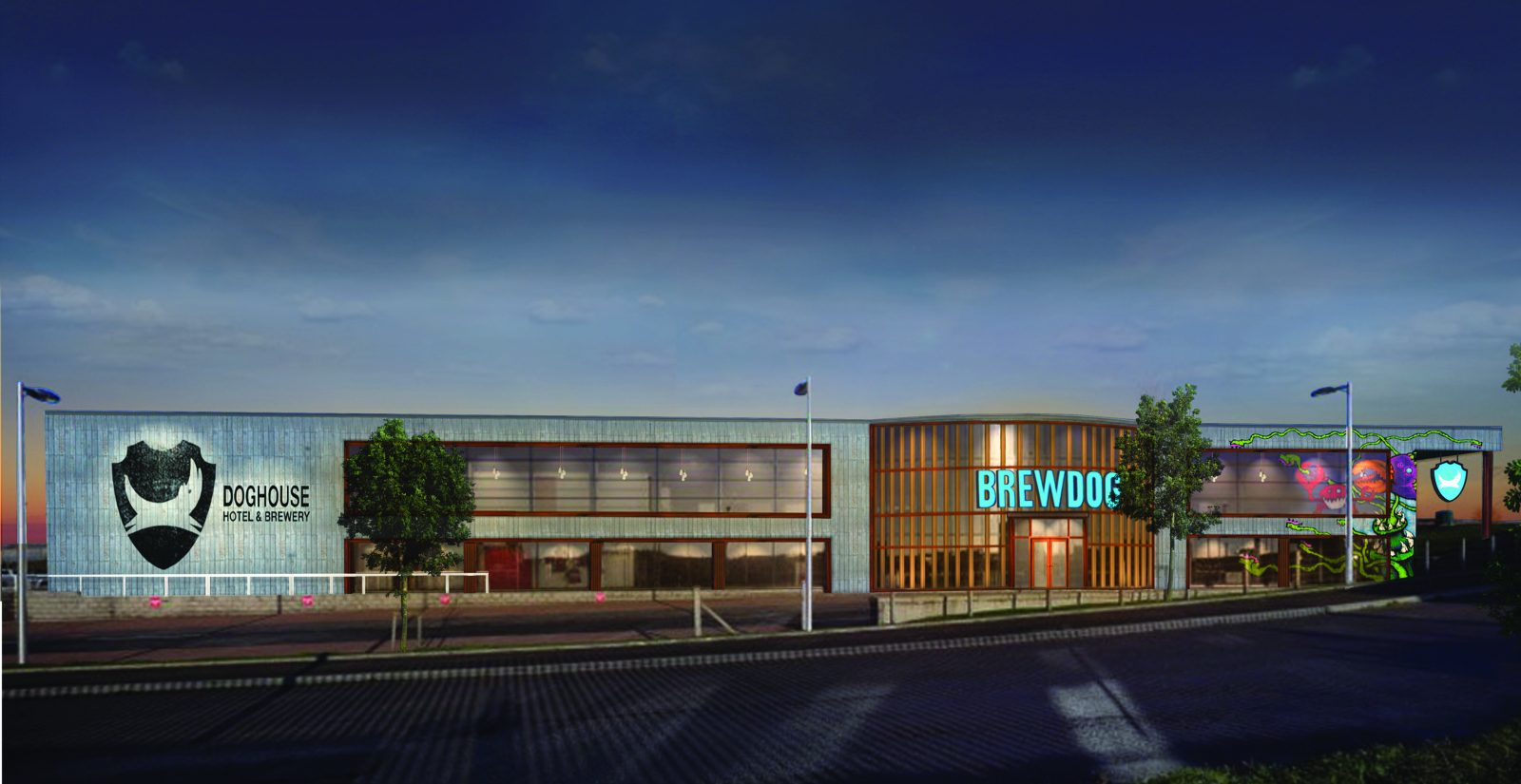 The hotel and brewery extension will be built on a 1.3-hectare site that has been purchased from screw jack manufacturer Power Jacks, who will move to a new purpose-built facility.

The brewery will be open by the end of this year and will include a 300 hectoliter brewhouse, and a canning and packaging hall. Last month, BrewDog opened the Overworks sour beer brewing facility for the creation of “funky tart beers“, also in Ellon, Aberdeenshire.

BrewDog says on its website: “Inside you’ll discover giant oak foudres. A legion of red wine barrels. A 50 hectoliter Coolship. And our master of Barrel Fermentation, Richard Kilcullen.”

The new craft beer hotel and expansion project came to life thanks to an Equity for Punks crowdfunding initiative, which saw BrewDog raise over £53 million since 2009 from more than 74,000 craft beer fans. Priority booking for the DogHouse will be given to investors. 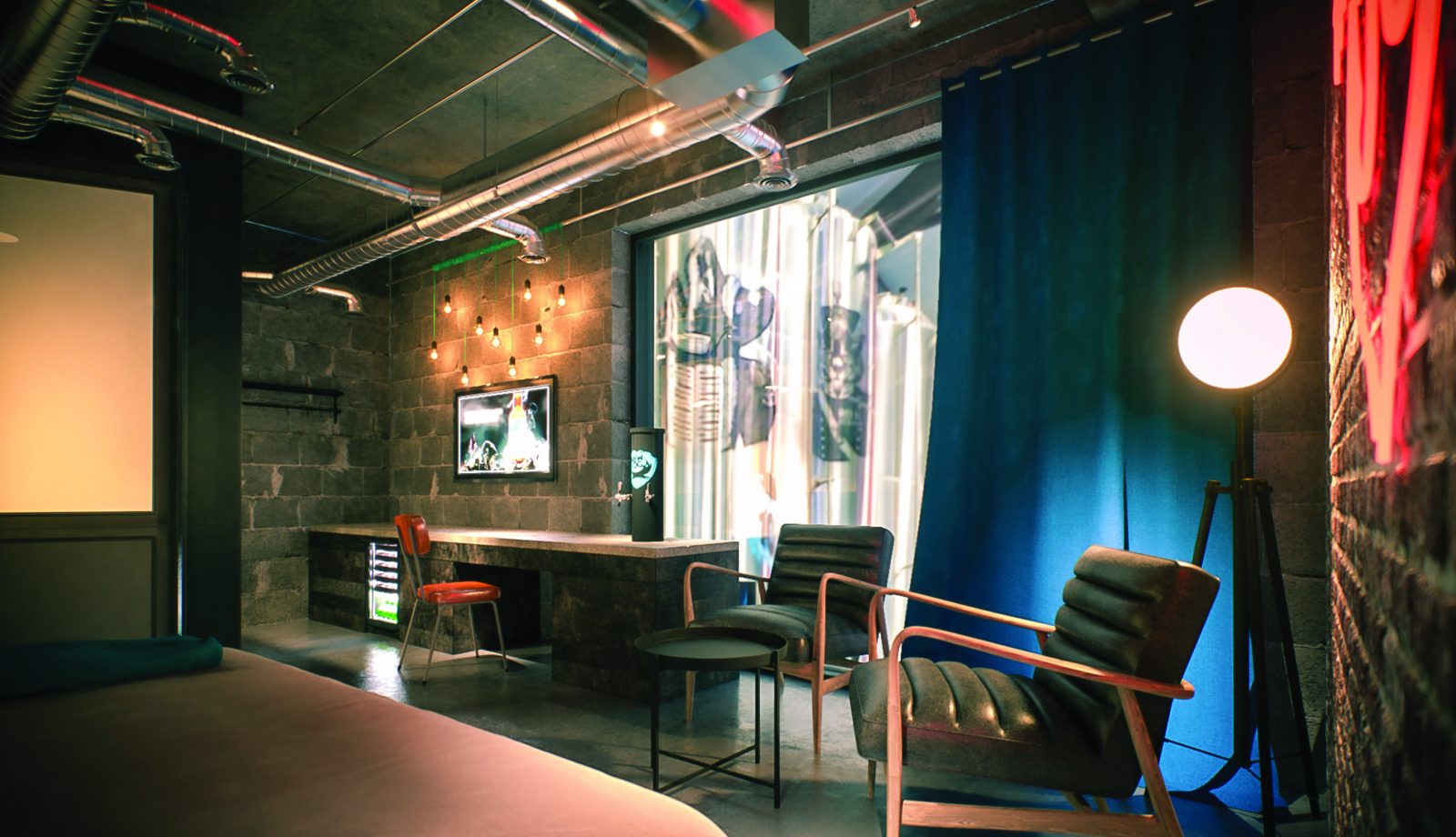 BrewDog co-founder James Watt said: “The DogHouse is our gift to passionate craft beer fans making the pilgrimage to our brewery in Aberdeenshire. The idea of opening a beer hotel has always been high on our agenda, and now we are finally able to realise that dream, right here at our HQ.

“This will be the ultimate destination for craft beer fans seeking hops with their holidays. This is a beer Nirvana.” For US fans, the good news is the Scottish craft beer hotel won’t be the only one. 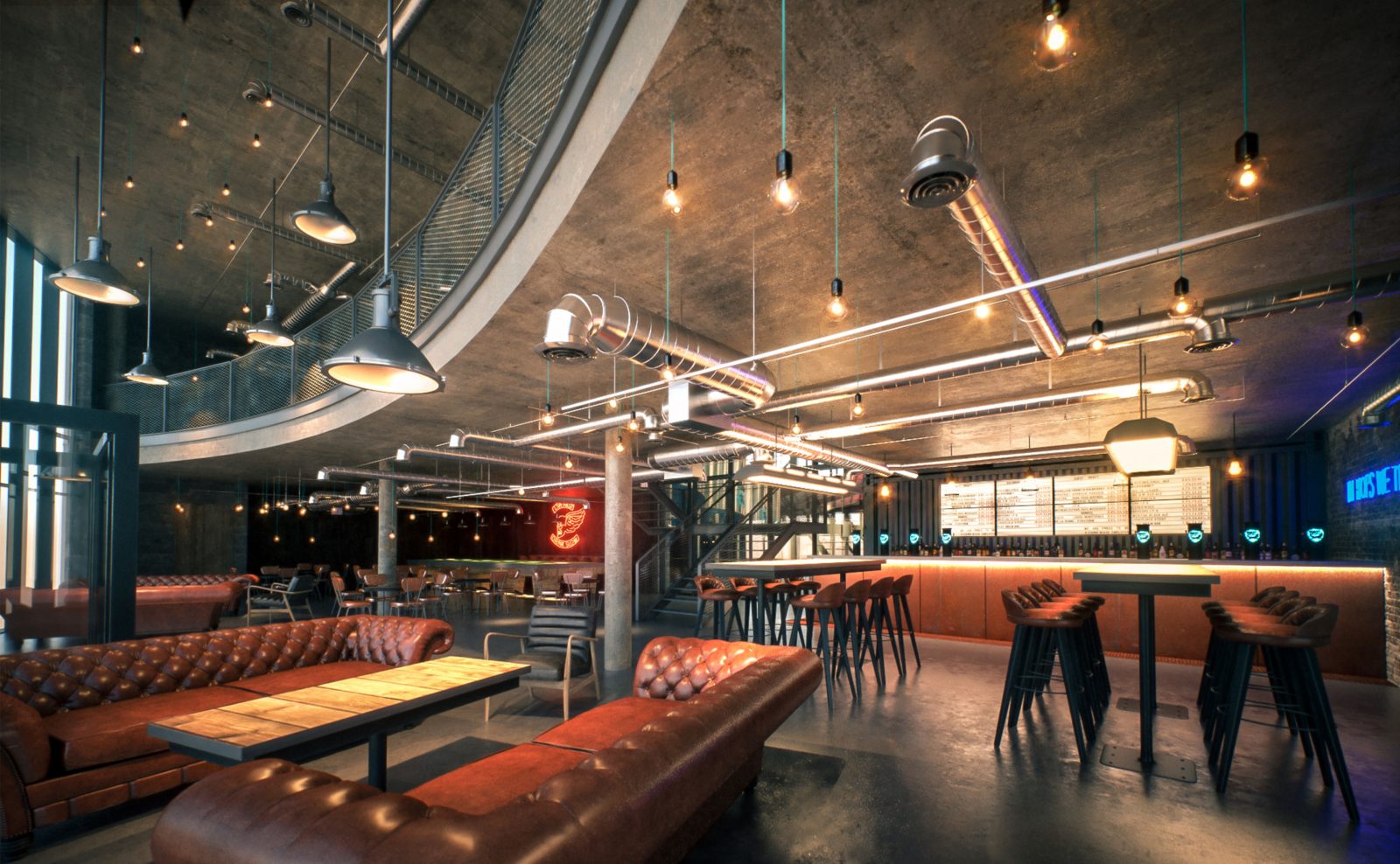 BrewDog also opened a brewery in Ohio last year, and launched a similar campaign to crowdfund an adjacent craft beer hotel, in this case with 50 rooms. Funds have now exceeded the original $75,000 goal (backers have put in more than $324,000 to make it happen) so it will be launching towards the end of 2019.

Highlights of the second DogHouse hotel will include a spa incorporating beer, hop oil and malted barley into its massages, craft beer pairings at breakfast, lunch and dinner, and a hot tub filled with IPA in the penthouse suite.

Brew Dog’s wider plans include the construction of new breweries in Australia and China, the opening of 15 new craft beer venues in the UK, increased production capacity in its UK brewery, and the creation of a dedicated craft beer TV network.