Trade Union, as it will be known, will be located on Thomas More Square between St Katherine’s Docks and the new London Docks development in the east of the city. Designed interiors agency by Kai, the establishment will occupy more than 600 sqm and exhibit an open-plan industrial aesthetic.

According to a statement, “the space will feature a central cocktail bar and bustling open kitchen, with leatherback booth seating,” along with “poured concrete finishes, mechanical chandeliers, neon lights and machine-like detailing will be juxtaposed with organic graphics, floral motifs, and bright colour accents”.

Opening in June, the site will combine a restaurant serving sourdough pizza, a coffeeshop and a barbers, all of which will operate day and night. Trade Union will also provide a hub for working, with hotdesks, free wifi and charging points. 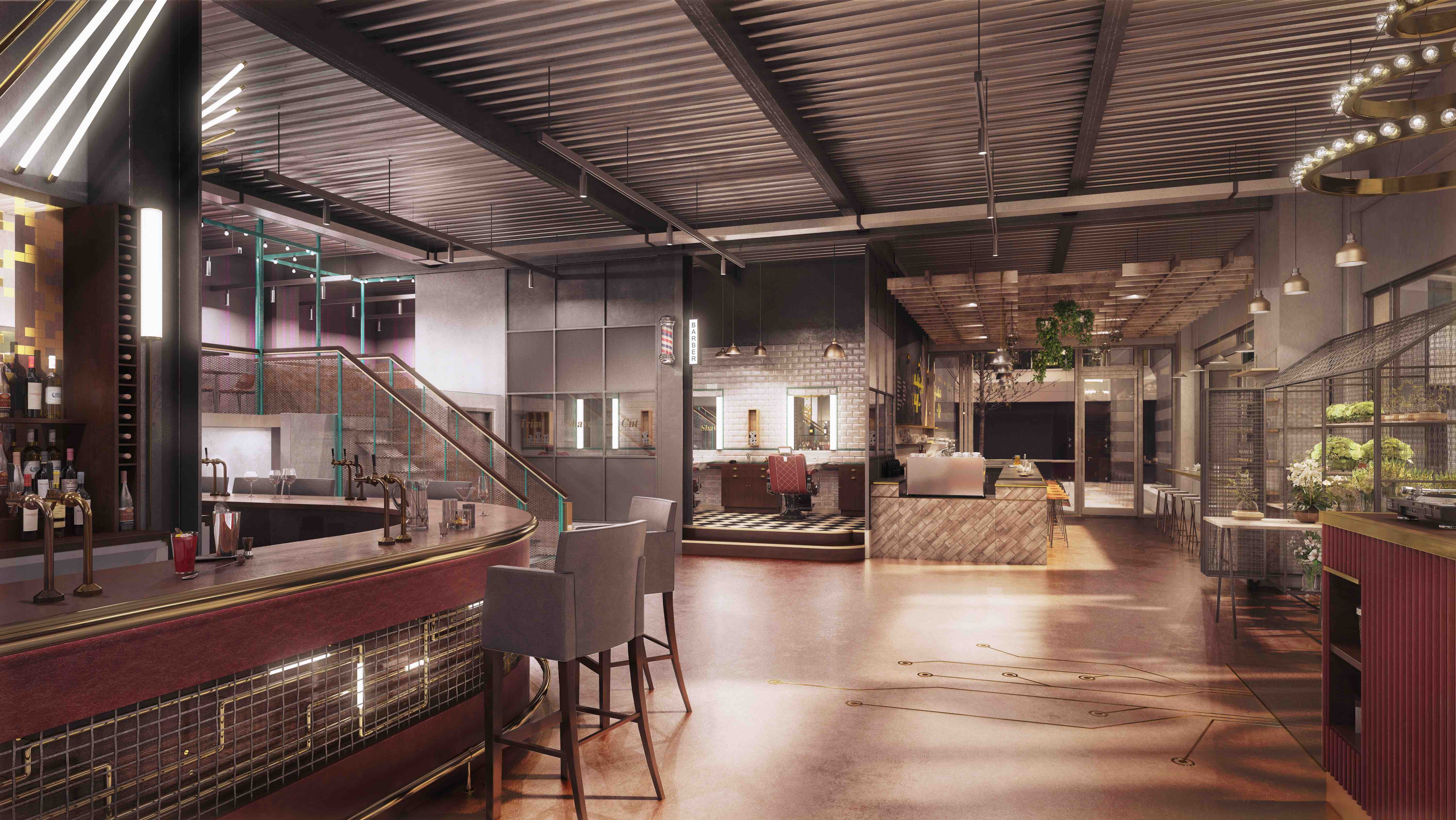 Adam Marshall, founder and CEO of Grand Union says: “We are pioneering a completely new experience. Londoners are constantly on the hunt for innovation and with our new Wapping venture, we think they will be very interested indeed.”

The barbers will be run by Drakes of London – here, customers will be able to have a wet shave, beard trim or hair cut while sipping a Manhattan cocktail, for example.

Meanwhile, the coffeeshop will be launched by existing boutique chain Vagabond’s, which roasts its own beans from Colombia. Bags of ground coffee will be for sale alongside home-brewing equipment. Clients will also, of course, be able to purchase a flat white or espresso to drink in or takeaway.

According to hospitalityandcateringnews.com: “Offering the physical space, established experience and necessary business support, Grand Union will nurture these young companies, allowing them to grow with the brand for future projects.”

Grand Union was founded in 2006 by Adam Marshall – Trade Union Wapping will be his ninth venture. In 2013 he won funding from Pizza Express investor Luke Johnson.

Marshall was quoted on thecaterer.com as saying: “We’ve taken inspiration from the top players in partnership concepts. Seven months in the making and we’re ecstatic to play a small part in further developing, what in my opinion is the greatest food and drinks capital.”