City lights: why neon is turning London into Vegas

Dressed in stylish Louis Vuitton robes and a pair of Chanel wings, the angel stands holding a vintage telephone in her outstretched hands, offering visitors a direct line to the Lord. Behind her, in a grotto-like shed, is Jesus himself. Far from the pious depictions we are used to seeing, he welcomes devotees to Gods Own Junkyard with a pair of blue neon guns.

Think of Las Vegas, Tokyo and Hong Kong, and you can see how some cities have embraced neon full-heartedly, turning whole districts into dazzling rainbow wonderlands. Strip clubs, bars, casinos, tattoo parlours – visitors flock like moths to a luminous flame in search of the sinful wares they advertise so innocently.

Housed in electrified tubing, this rarefied gas rose to fame in the US between 1920 and 1960 – glowing signs were stuck on everything from laundrettes and gas stations to theatres and hotels. Now, many of these kitsch installations are being preserved for visiting tourists – in Vegas, you can take a guided tour through the Neon Boneyard, in the desert, not far from Downtown. 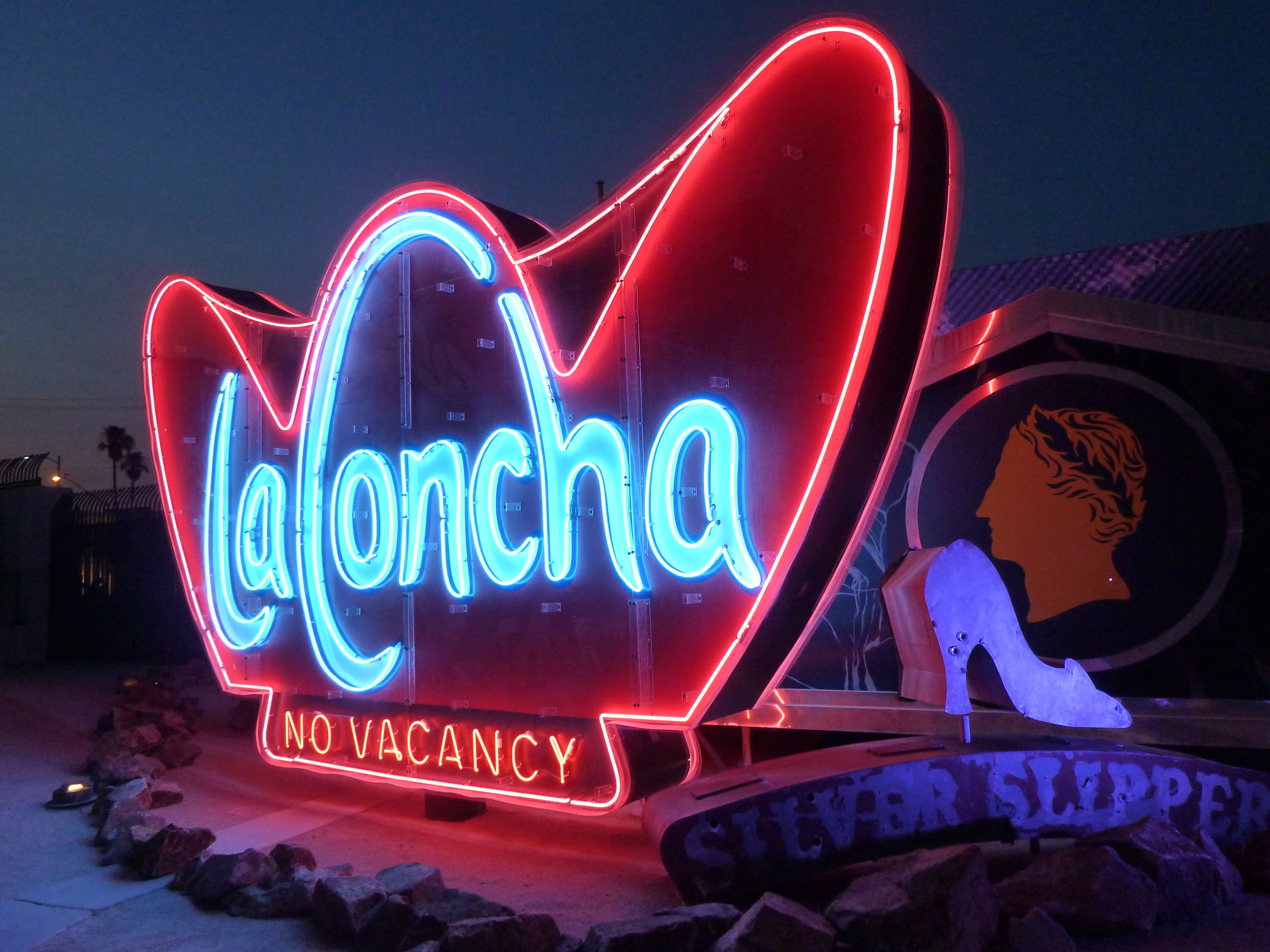 Meanwhile in cities such as London, it’s the new signifier of cool. Walk through the buzzing night-life district of Soho and you will see a smattering of neon outside, but the really eye-popping stuff is indoors. Down on Berwick Street is Lights of Soho, the city’s first gallery dedicated to light art. Designed as a members’ club, it has the world’s brightest and most colourful co-working space on the ground floor, while downstairs is a secret bar. 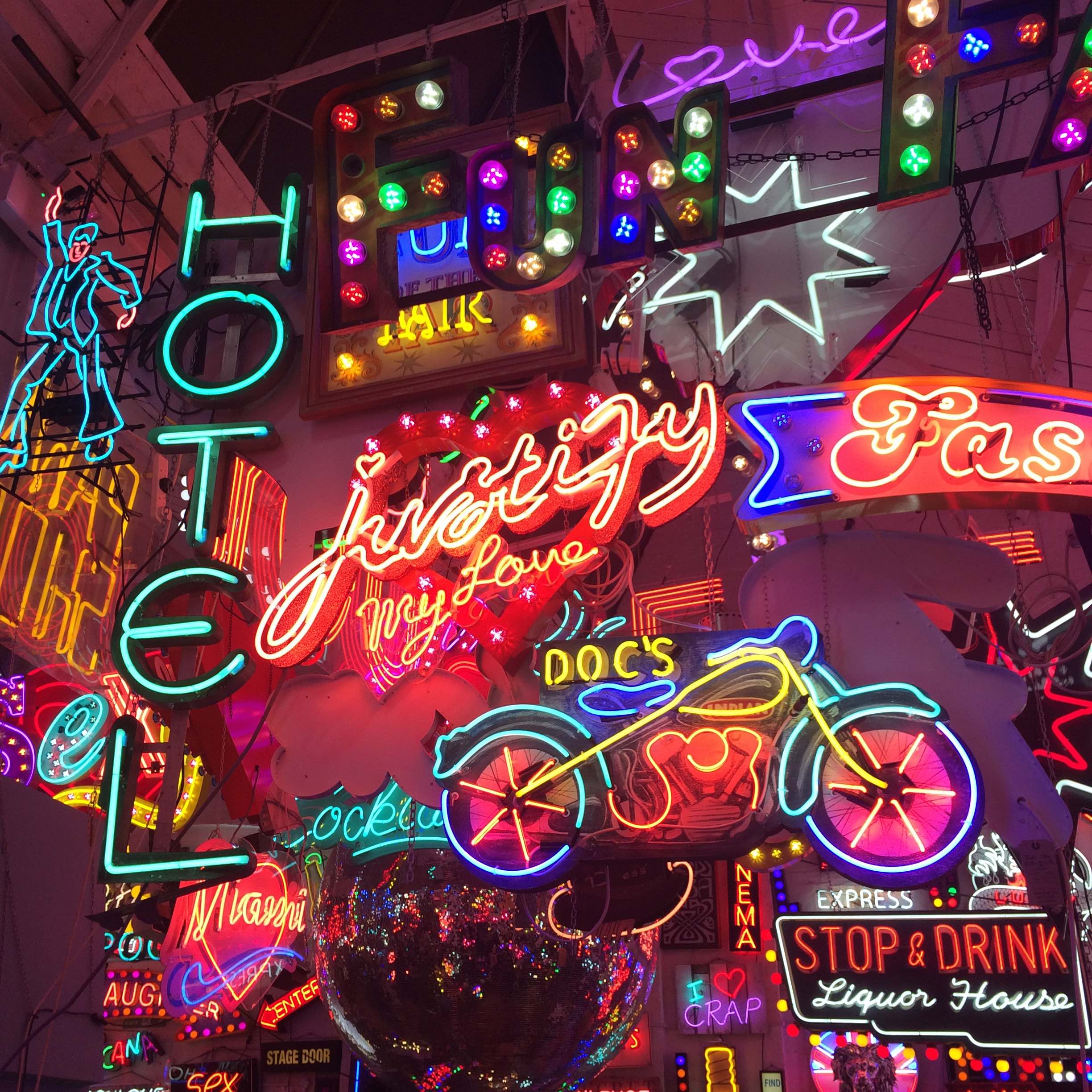 The venue launched last May with an exhibition celebrating 40 years of the work of Chris Bracey, London’s most famous neon sign maker – he began making pieces for Soho’s seedy sex shops back in its heyday, but later went on to produce installations for movies such as Bladerunner, Batman and Eyes Wide Shut.

With Bracey’s passing in 2014, there has come a resurgence in the love of neon in the UK capital. In the East London neighbourhood of Walthamstow, locals hang out on weekends at his former workshop (and all-round temple of neon), Gods Own Junkyard. Located in a quiet industrial park, next to the suitably hip Wild Card brewery, the space is literally filled to the rafters with neon signs (pictured above and below). 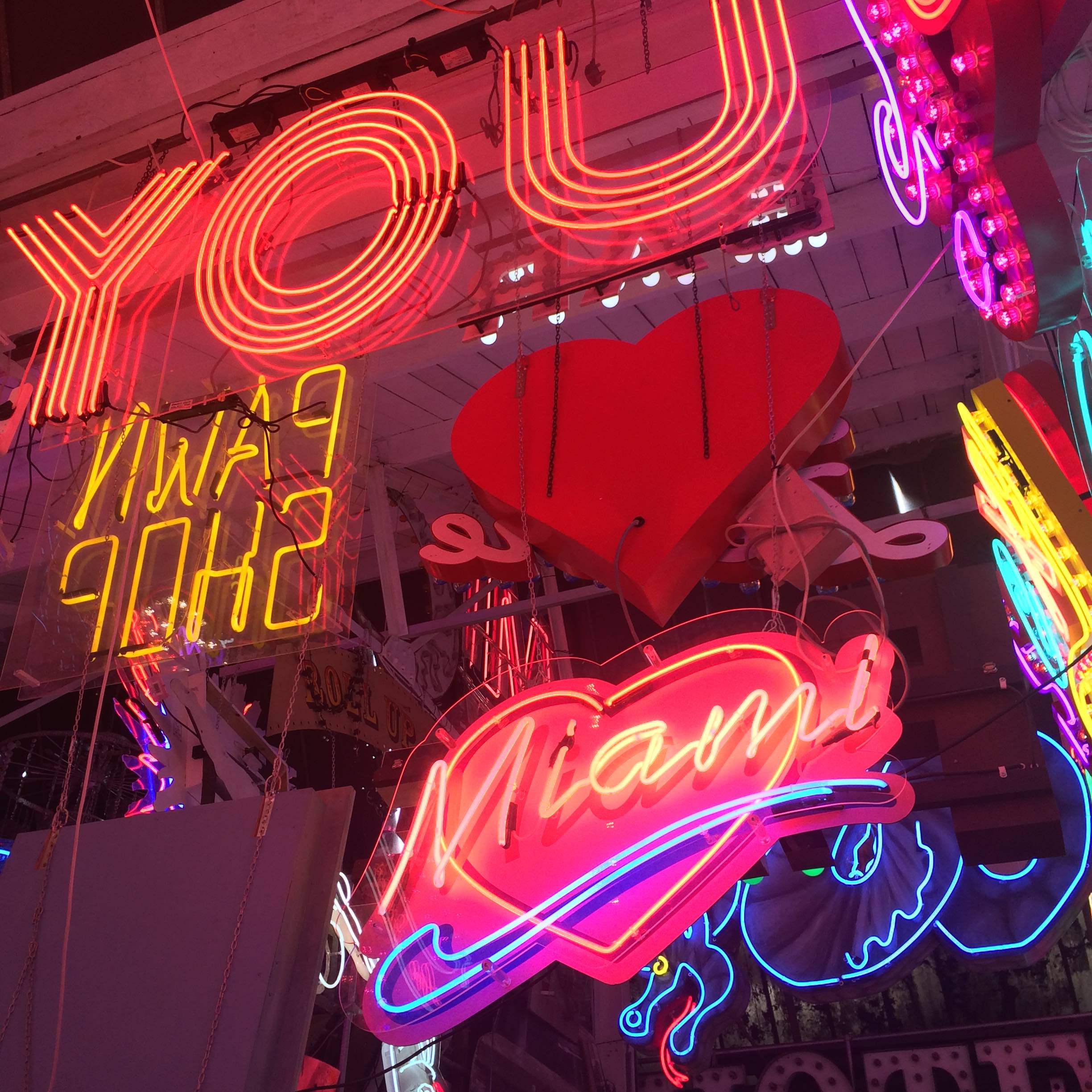 Not only is there a bar and outdoor beach garden, but the venue can also be hired for private parties and photoshoots. Most importantly, all the pieces are for sale (Chris’s family now run the business). According to The Guardian, famous clients have included Grayson Perry, Jamie Oliver, Daisy Lowe, David and Victoria Beckham, Kate Moss and Lady Gaga. 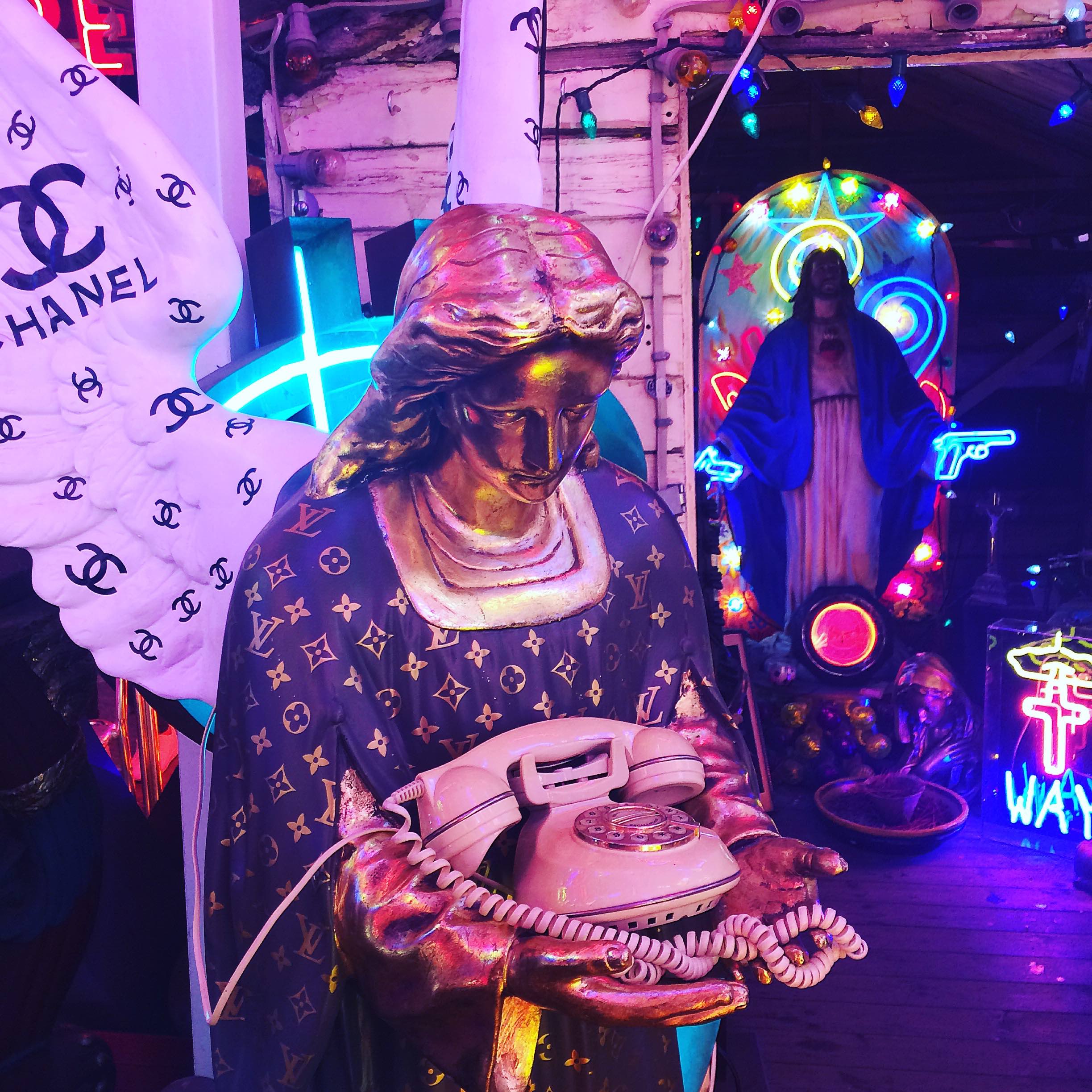 Neon, it seems, is bridging the gap between low- and high-brow art. Even in swanky Mayfair, upmarket restaurant 34 has a private dining room with fluorescent scrawls by contemporary British artist Tracey Emin. Back in Soho, trendy subterranean Mexican joint La Bodega Negra has taken London’s neon back to its roots – its street-facing windows are filled with saucy “adult video” and “peep show” signs, just like the old days.

Words and photos by Jenny Southan