Caring capitalism: concept airline POP will give profits to charity

POP, which stands for People Over Profit, is a concept airline that intends to donate 51 per cent of its net profits to charity, and is relying on crowdfunding to get it off the ground.

The plan is for POP to launch nonstop flights between the UK and the Indian cities of Amritsar and Ahmedabad by the end of the year. The majority of its profits will then be distributed between four charities – Dreams Come True, Pratham, Railway Children and SkillForce. It has described itself as “the people’s airline”.

In flying these routes, POP says that it wants to “meet the demand of the growing ‘visiting friends and relatives’ market, as well as expanding tourist and business sectors”.

The aircraft will be a “state-of-the-art” A330-300 fitted with 378 economy class seats. They will be 18 inches wide with 31 inches of legroom. This is a bit more generous than Easyjet, for example, which offers 17.1 inches of width and 29 inches of legroom. 79 “Gold Economy” seats at the front of the plane will have 34 inches to stretch out in.

The catering will be “authentic vegetarian and non-vegetarian options of classic Punjabi and Gujarati dishes all served in generous thali-sized portions”. Western options will also be available.

It appears there will be no built-in entertainment screens – instead passengers will be encouraged to bring their own devices and log on to onboard wifi. 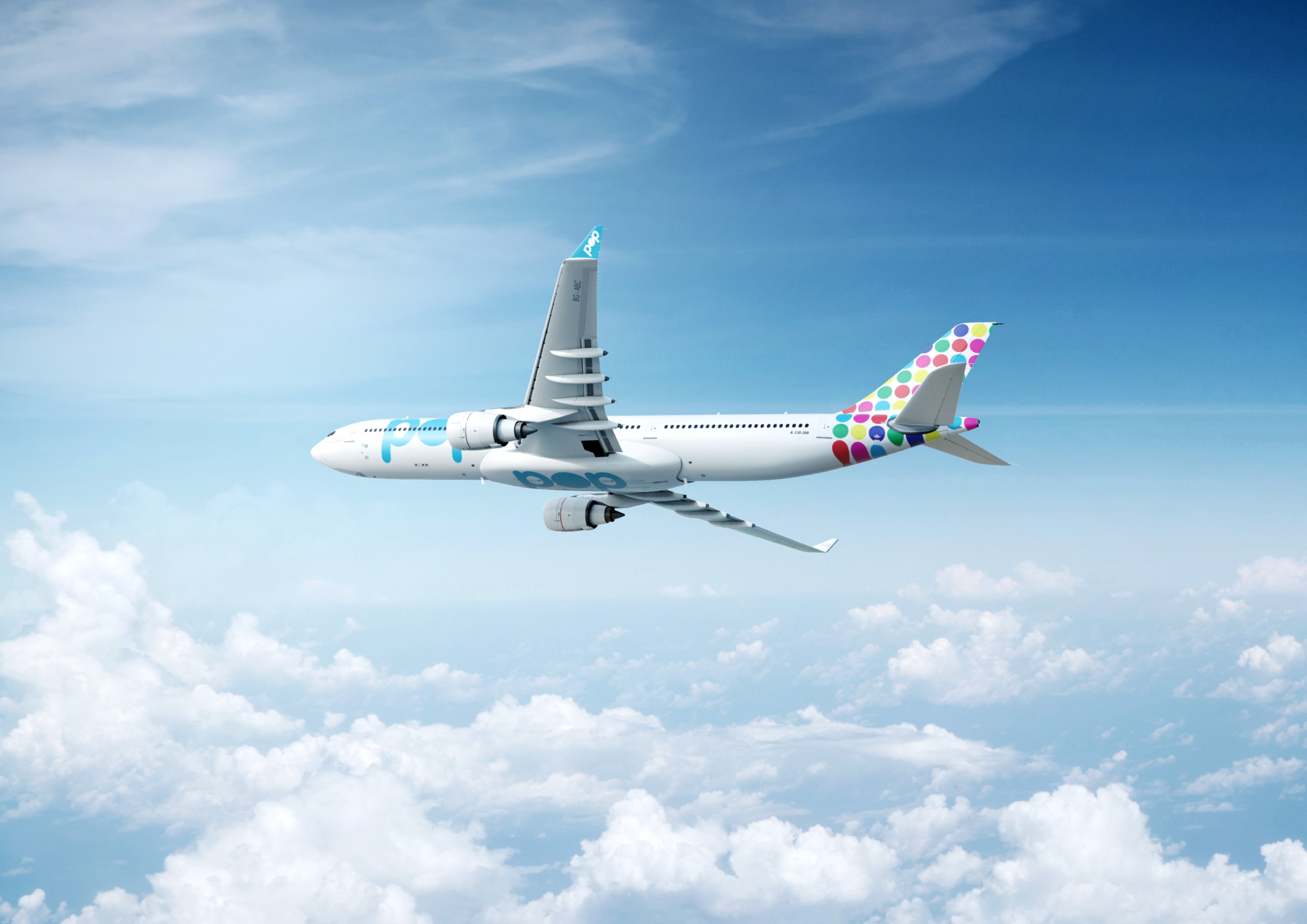 POP airline is being crowdfunded – it needs to raise £3.5 million

To fund its first year of operation, POP is running a crowdfunding campaign offering POP Gold Passes, each priced at £500.

POP Gold Passes will last for five years and entitle the holder to eight VIP benefits, including an extra luggage allowance, priority check in/boarding, extra legroom seats, free meals and free wifi, plus the opportunity to purchase seats at the lowest fares when released.

In addition to a free ticket, the first 7,000 people to buy a POP Gold Pass will have their name painted on the aircraft’s exterior.

If the airline doesn’t reach its crowdfunding goal of £3.5 million, £480 of the original £500 Gold Pass fee will be refunded. It says the £20 difference will be transferred to FlyPOP Ltd as an administration fee.