New Globetrender contributor Rachael Ellenger investigates Sneakairs. A new form of wearable tech developed in partnership with Easyjet, these “smart” trainers sync with your mobile and help you navigate cities on foot.

I’m lost. I’ve been in Lisbon a week and still don’t know the way to the food market from my hostel without checking a map. With my eyes glued to my phone screen rather than the street ahead of me, last night’s story of a daylight mugging at knife point for a phone in South America rings in my ears.

I wish we weren’t all so reliant on our phones. Like many people I have a love-hate relationship with technology. I love what it can tell and teach us but hate how it makes us vulnerable and adds weight to our luggage. Having just moved to Portugal, and knowing that I will be moving around a lot, only the necessary has come with me.

Once upon a time, my dad hauled a laptop, video camera and DSLR camera to Spain for a ten day holiday, as well as all of his clothes. Today, I have watched a short film, taken hundreds of photographs, answered emails, called home, and planned my route around the city all from a smartphone.

The idea of wearable tech, the next stage of this technological evolution, fascinates me. Clunky watches and LED T-shirts have no place in anyone’s wardrobe, but there is space for multifunctional items streamlined to the wearer’s needs that are beautiful and inconspicuous.

With Nike’s fitness tracker counting calories, Jawbone wristbands to monitor sleep patterns, smartwatches from Apple and Samsung covering connectivity requirements, and a jewellery range from Netatmo of statement pieces that monitor the skin’s UV exposure, Easyjet is building on the trend with its new “smart shoes”.

The prototype orange Sneakairs wouldn’t look out of place alongside New Balance or Puma trainers, helping dispel the notion that wearable tech can’t be both functional and fashionable.

Whether you need to find your way to a local landmark, restaurant, or back to your hostel after a heavy night out, Easyjet’s Sneakairs will lead you there. The smart shoes have small, built-in sensors that, when paired via Bluetooth to a smartphone app, direct the wearer by triggering vibrations within the smart shoe.

The prototype was developed by D6 in collaboration with Easyjet, and tested at the Barcelona Street Project last month. Digital area director for D6, Nuria Martinez, said a gap in the market for navigation technology was identified and that the shoe is “a great fit for an airline such as Easyjet, which flies so many people to new, perhaps unfamiliar destinations”.

She added: “Throughout this project we had to factor in [that the device] should be low in energy consumption and small, and we think it fulfils that brief.” 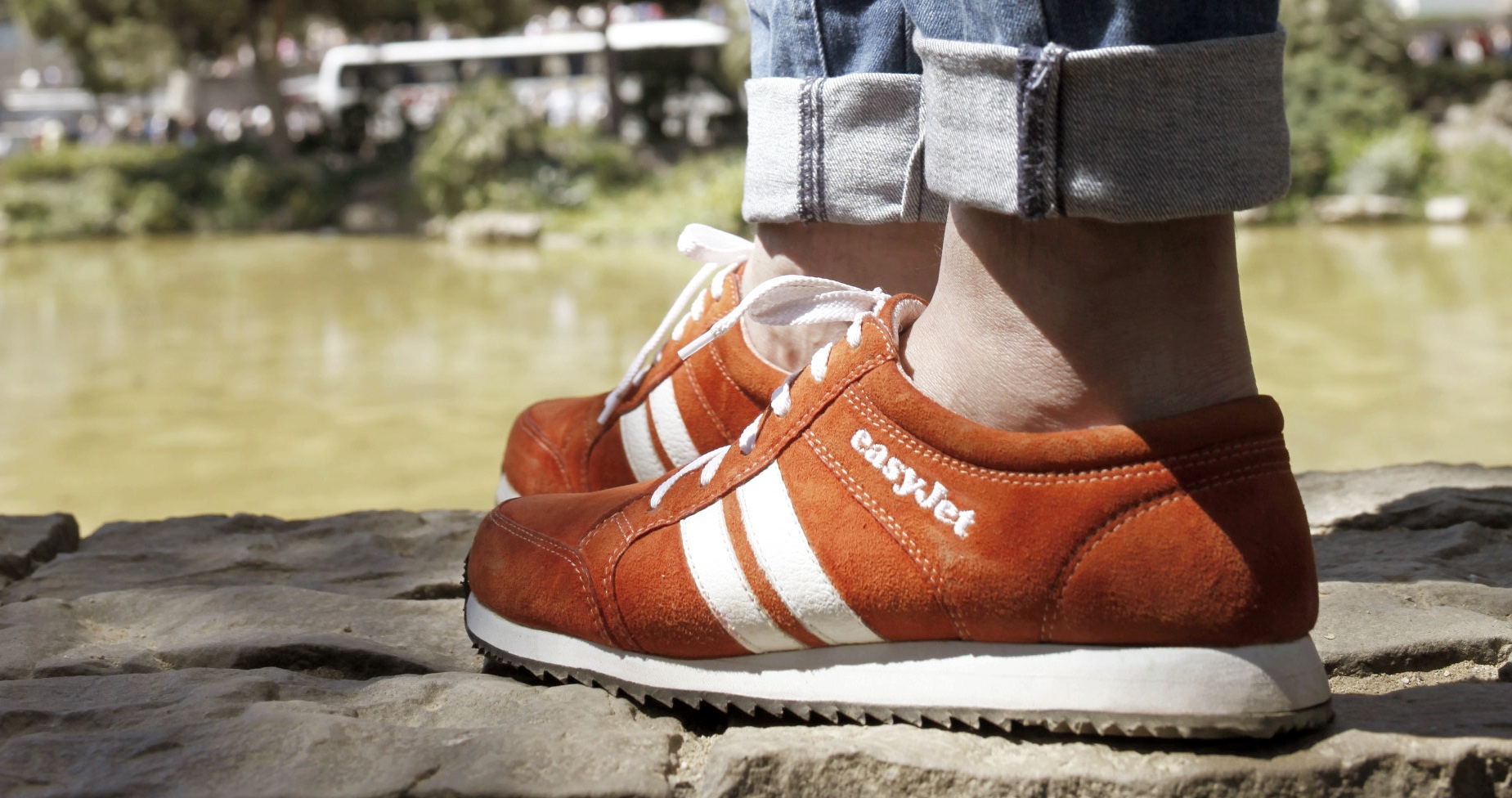 It is unsurprising that Easyjet have invested in such helpful smart tech. Peter Duffy, marketing director for the airline, says: “The Sneakairs are yet another example of how Easyjet is always at the forefront of technology. Our passengers embrace technology before they travel and while they travel with us, so why not once they arrive at their destination?

“We are looking at making this technology available for purchase on board in the future, offering a very practical solution to those passengers who want to relax visiting a new place without the need of a map and enjoy every moment while they explore a new city.”

The Easyjet app itself has been downloaded more than 16 million times, and provides helpful guidance on directions to airport gates, gate numbers and luggage belts. The Sneakairs could one day work in tandem with the app so that gates and luggage can be found without checking airport signs.

Easyjet is forging the way when it comes to developing wearable tech for travel, unveiling revolutionary cabin crew and engineer smart uniforms embedded with features that improve communication, visibility and passenger safety features, to coincide with its 20th birthday last year.

This approach to allowing both staff and travellers to engage better and more safely with their environment via wearable smart tech will undoubtedly catch on, so long as the tech works smoothly.

The idea of keeping hands and eyes free for ice cream, photography, and vigilance is a solo-traveller’s dream. However, no one wants to compromise on individuality. For wearable tech such as Easyjet’s Sneakairs to go global, it needs to be practical, personal, affordable – and cool.

Find out why using the global address app from What3Words means you will never be lost again.