Why What3Words app means you will never be lost again

Jenny Southan speaks to Giles Rhys Jones, chief marketing officer for startup tech company What3Words, about how it’s new geocoding address system means there is no place on Earth we can’t pinpoint, and the four billion people without a physical address now have one – just three words long.

We are on a mission to change the world – poor addressing affects everybody, whether that is a frustration, the inability to receive post, a business inefficiency or costing lives. We want to change that – we want to make the world a better place,” says Rhys Jones.

“Our intention is to be a globally recognised way to talk about location: word.word.word.”

In my recent cover feature for the June issue of Business Traveller magazine, I researched how new technology is transforming the way we map our planet, making it easier for travellers to get around and share locations they discover.

Until very recently, what’s been missing from accurate point-to-point journeys has been a hyper-specific address system, but What3Words has created an algorithm that has solved this problem… 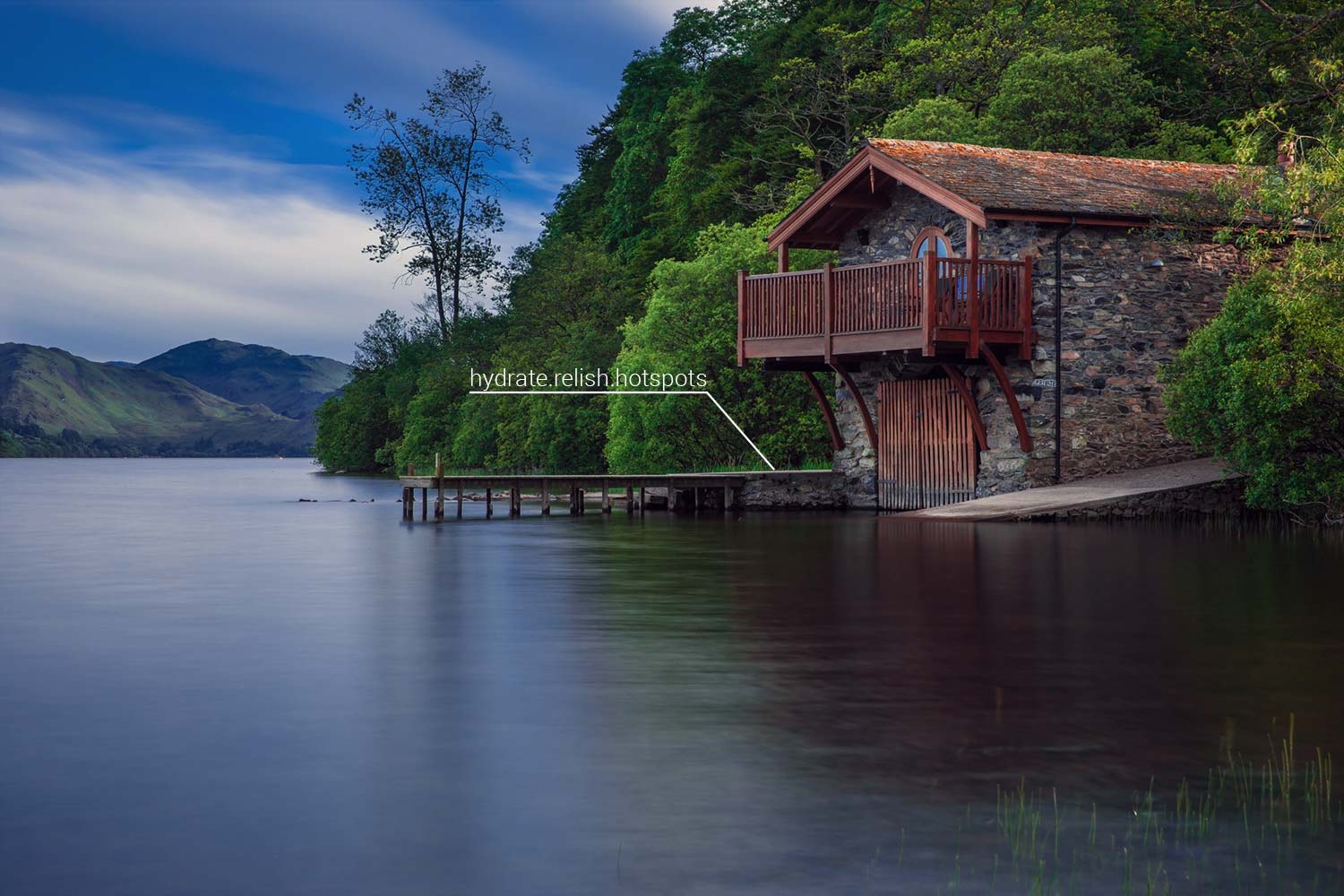 It’s hard to remember a time when we had to use hefty Ordinance Survey maps to get around – GPS, believe it or not, only became available to the public in 2000. GPS co-ordinates rely on latitude and longitude – the Empire State Building in New York, for example, has a latitude of north 40º 44’ 54.385”, while the longitude is west 73º 59’ 8.359”.

Global Satellite Positioning wasn’t developed until the 1970s by the US Department of Defence after taking inspiration from the way radio signals were being transmitted by Russian satellite Sputnik. When Korean Air flight 007 was shot down after accidentally flying into Russian airspace in 1983, the US government decided to extend the technology to civilian airlines.

However, it wasn’t until in May 2000, when President Clinton put an end to “selective availability”, a method that was used to scramble public GPS signals as a way of protecting national security, that it became available to everyone. According to digital location management software provider yext.com: “This decision improved the accuracy of GPS from 300-400 feet to 30-40 feet, and kick started the GPS navigation market for cars.” 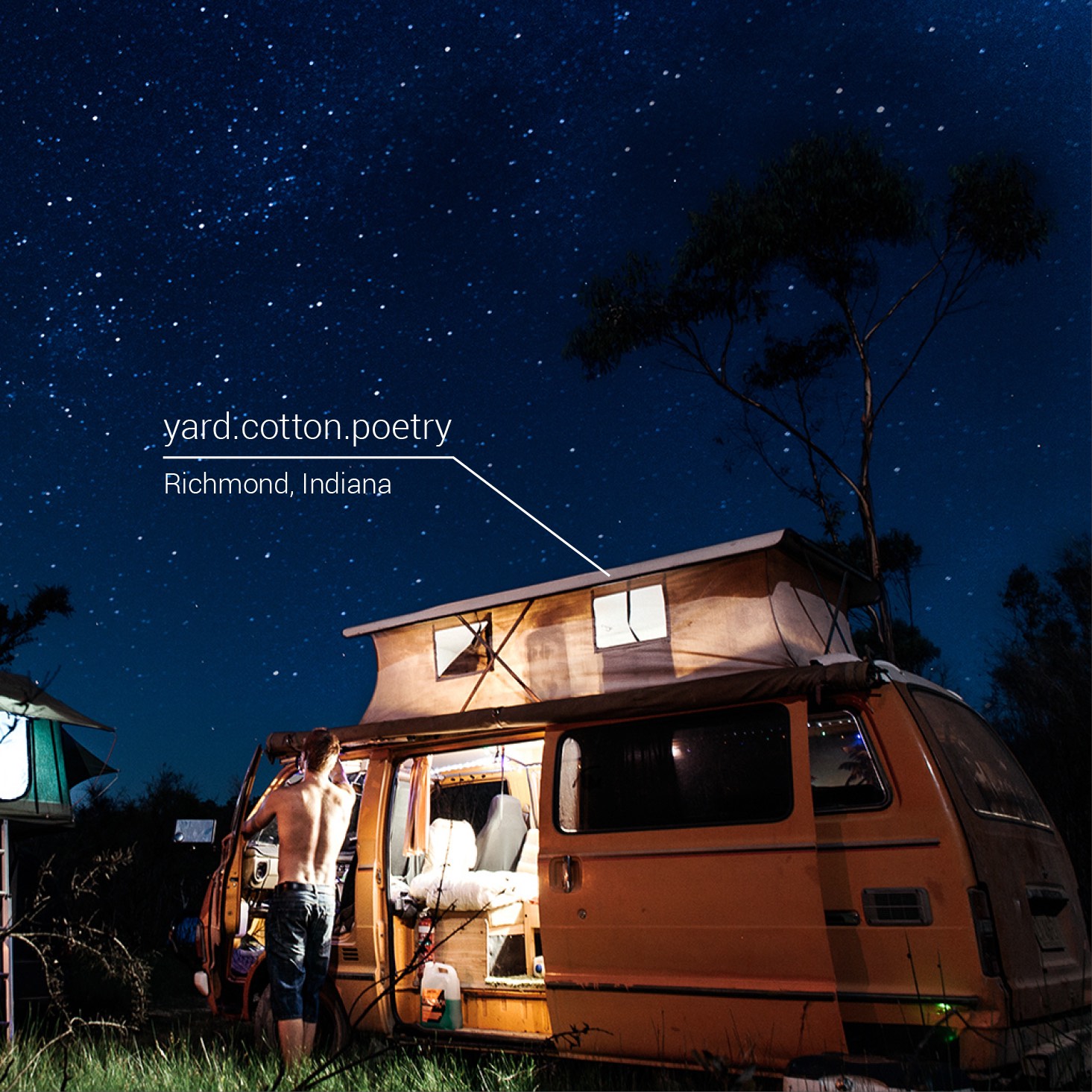 As the technology gained traction amongst consumers, an article called “GPS, the war and you” on forbes.com in 2003 read: “There are no export restrictions on civilian GPS technology, so potential US enemies could easily buy the equipment and attempt to use it to their advantage. Still, it makes little sense for the US to revert to the fuzzy civilian signal.

“Even under dire military emergencies, doing so would give US forces no advantage. Terrorist attacks don’t call for much navigation precision. The military has it own highly accurate tamper-proof encrypted signal that civilian equipment can’t receive. And a signal change could make an already weak economy worse.”

GPS continues to be owned by the US government. So far, just over 70 GPS satellites have been put in Space although not all are in service – the minimum number required for a “full constellation” is 24. A few early attempts at producing in-car GPS and hand-held receivers entered the market in the nineties, but it wasn’t until the early noughties that the technology became accurate enough to be really useful. 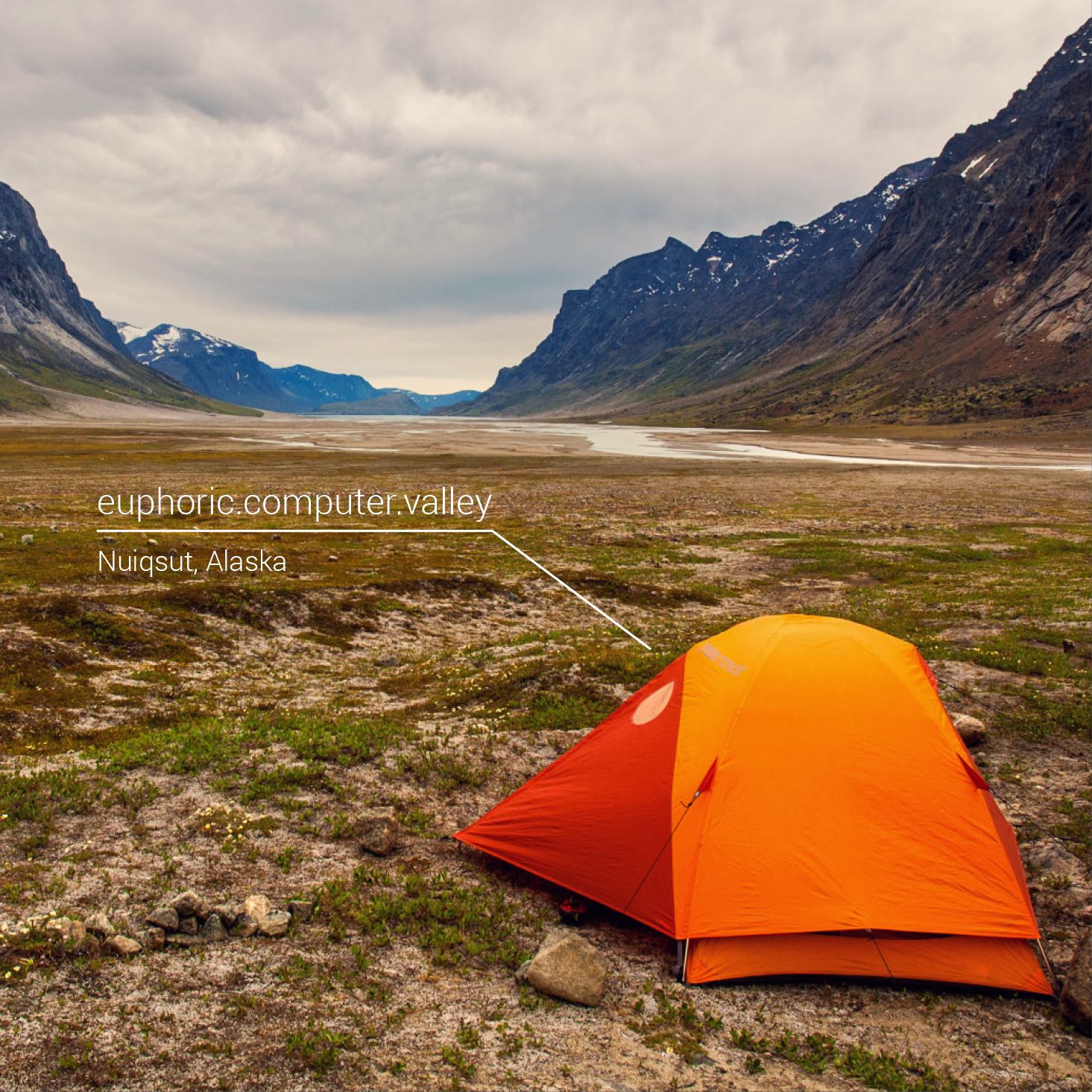 The first successful personal navigation device (PND) was released by TomTom in 2004, with Garmin and Magellan quickly getting in on the action too. By 2008 more than 18 million units had been sold in the US, but PND sales went into decline with the emergence of built-in GPS on smartphones. Google Maps Navigation with turn-by-turn directions entered the scene in 2009, while competition from Apple Maps didn’t come until 2012.

With GPS in place and available on everyone’s smartphones, the remaining problem was inaccurate addressing – according to What3Words, about 75 per cent of the world (135 countries) suffer from poor or nonexistent addressing. In 2013, the company developed an algorithm to divide the world into 57 trillion 3 sqm sections, each with a unique, memorable three-word address attached to it.

“For example, if you want to meet a friend outside the entrance to the Empire State Building, you can download the app, drop a pin in “cotton.fortunate.origin” and it will be impossible to miss each other. 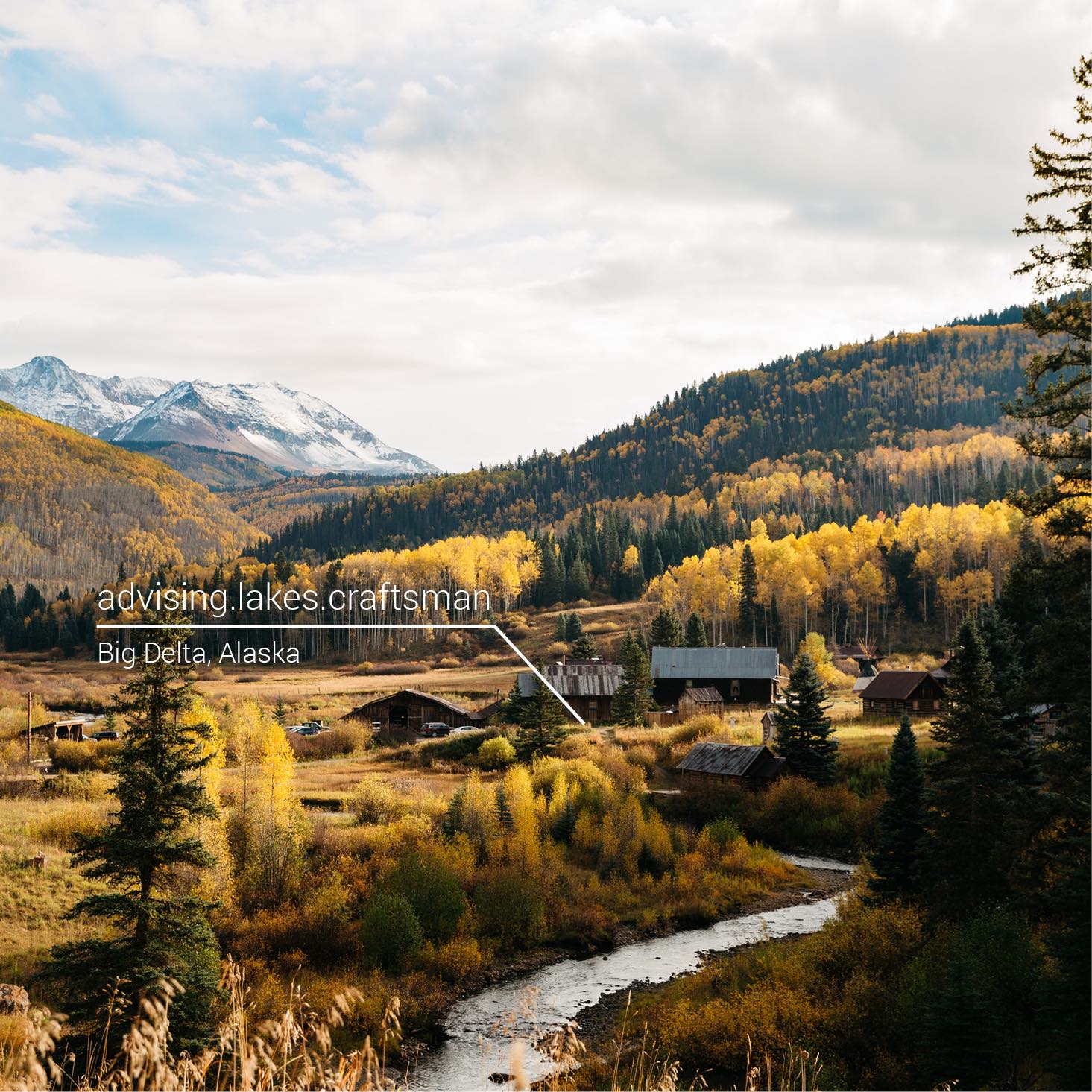 According to a survey by 02 Travel, Britons spend 22 million hours a year lost while abroad, and navigation and directions are the number-one cause of arguments when travelling with others. What3Words means you will never be lost again – companies such as Navmii have incorporated it into their satnav apps so now you don’t have to rely on typing 18-digit GPS co-ordinates in.

The three-word geocodes from What3Words are much more memorable, less prone to error and easy to share with others.

Rhys Jones says: “We worked out that with a word list of 40,000 words in the English language, 40,000 times 40,000 times 40,000 is 64 trillion, so that gives you enough to do every single square. We’ve taken out homophones like ‘hear’ and ‘here’, very long words, hyphenated words and rude words, and distributed more shorter words for places that are going to be more commonly used, such as in central London. Out in the middle of the ocean you will find addresses such as ‘triathletes.printers.unrepresented’.” 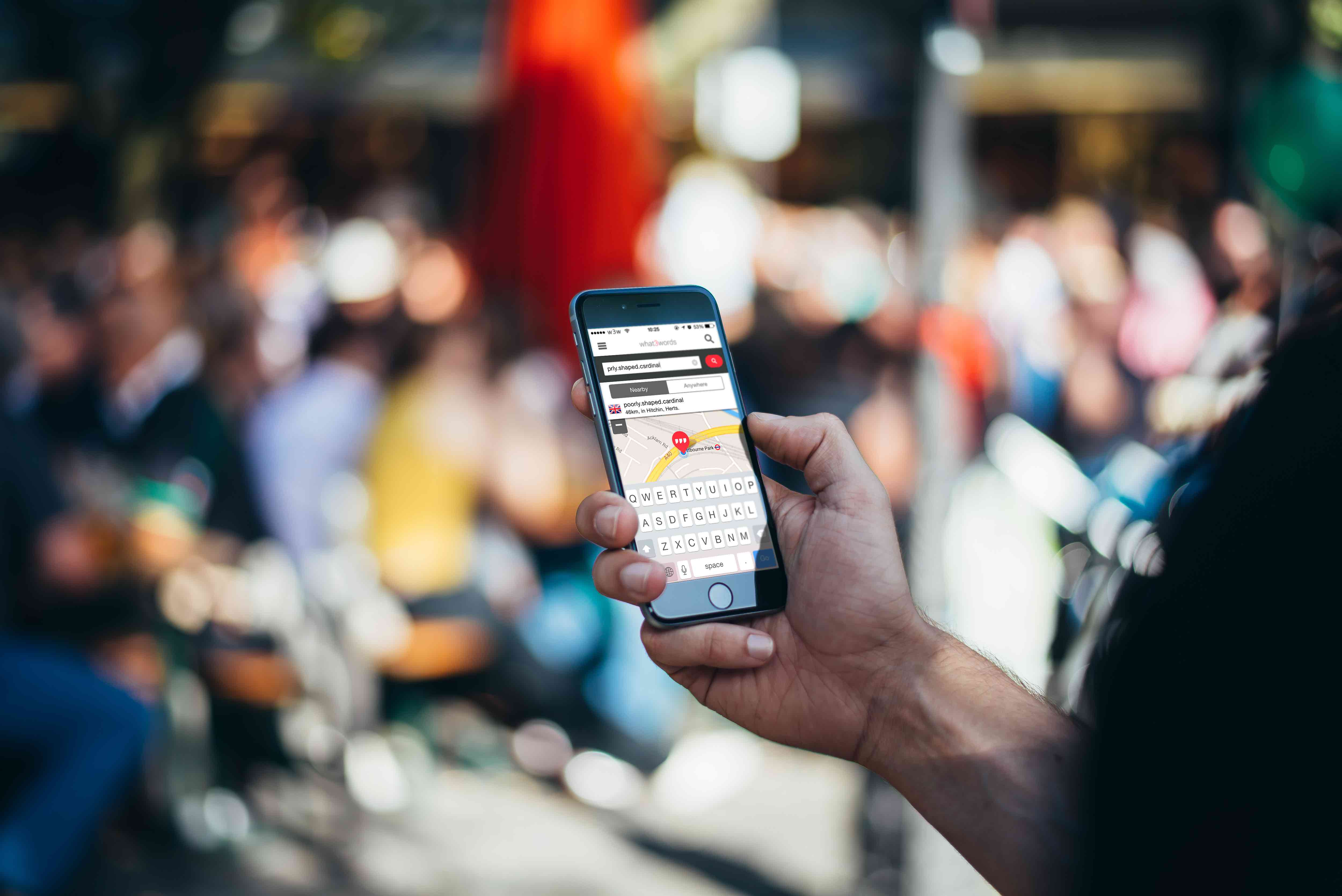 Is it only available in English? Rhys Jones says: “No, our thinking is you should be able to navigate the world in your own language – we have ten at the moment including French, German, Turkish and Russian but we are working on Arabic, Greek and Mongolian. You don’t need to tell the algorithm what language you are using, it will just recognise it. And it is not using translation – it uses a whole new set of words for each language because you might have short English words that translate into long Turkish words. Every single square has so far got ten layers to describe it.”

Rhys Jones adds: “Some languages don’t have enough words so we are focusing on the major languages that do. However, we are investigating ways to do it with other languages such as Igbo in Nigeria, that don’t. Hindi and Bengali and Tamil are languages that are spoken by hundreds of millions of people so those are the ones to prioritise.” 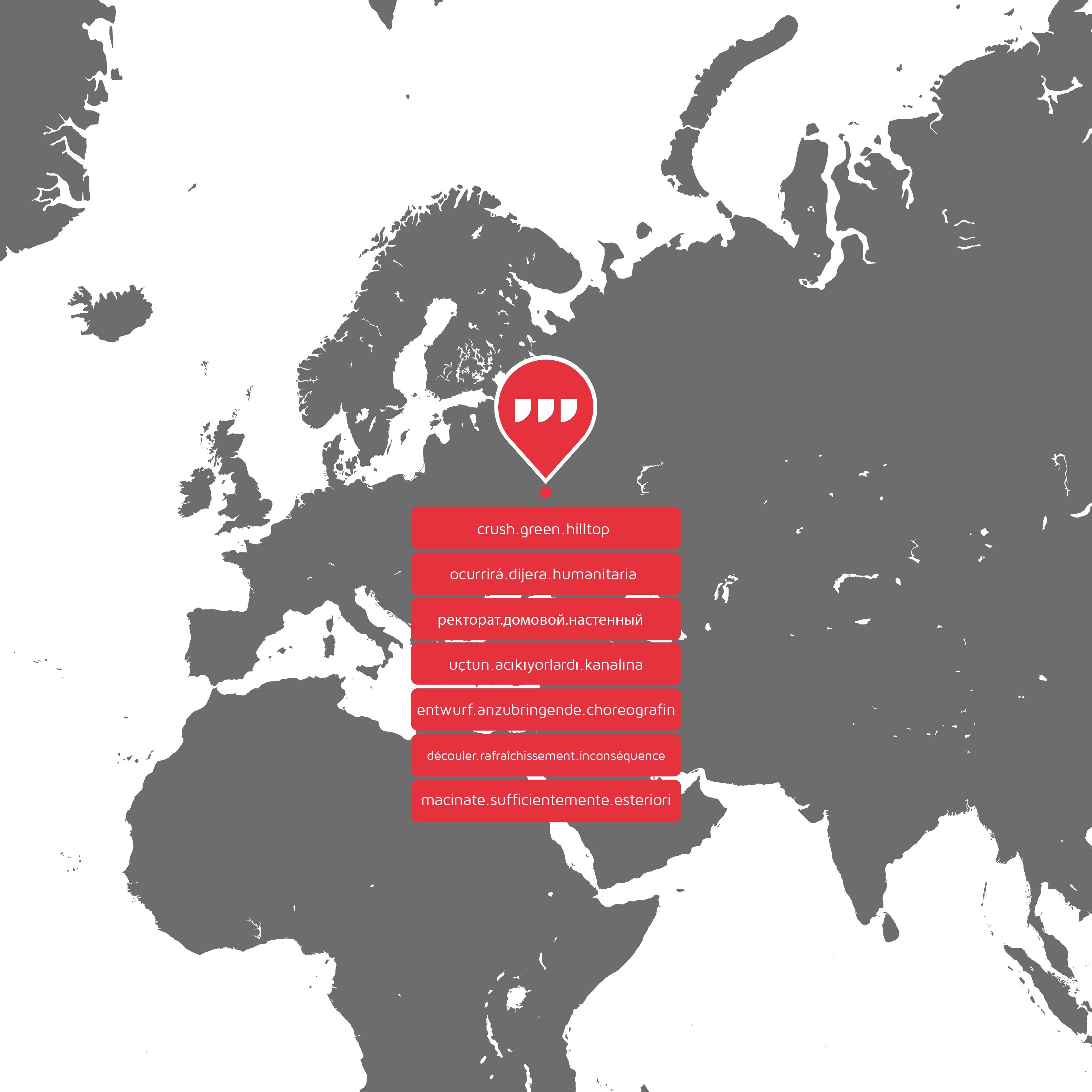 What was the inspiration behind setting up What3Words? “The idea came from the music industry – our founder and CEO Chris Sheldrick was a music events organiser, and spent ten years getting lost and losing bands and equipment. He started using lat-long thinking that would be the answer but that was almost worse because people would put in the GPS co-ordinates not realising they had got a few numbers wrong. They’d still end up on a hillside in Rome but it would be the wrong hillside.

“With our system we have built in error detection – we have put similar sounding words really far apart. So if you make a slight error it is really obvious. For example, ‘table.chair.lamp’ is in Australia but ‘tables.chair.lamp’ is in the US. So if I say it to you and you hear it wrong or you type it wrong, the system will recognise this and assume you mean what is five miles away.”

For local people, not having an address means “you’re invisible to the state”, says Rhys Jones. “It’s difficult to get a bank loan, start a business, get internet or post – it’s the first step on the social and economic ladder. And wherever we are going, everything we do relies on location – whether its using a Nike Plus running app or finding your Uber pickup.”

Rhys Jones says he uses What3Words a lot when travelling. “I was going to an Airbnb in Barcelona, which had some vague directions and I was getting there really late. I didn’t want to worry about getting lost and so asked the host to send me the three-word address for the property. She sent it back in Spanish, I put it in, it showed up in English, and I found the door perfectly.”

The applications for this technology go far beyond finding your Airbnb, though.”We’re being used in the favelas in Brazil, where 11.5 million people are living, by the Carteira Amigo postal service – the government in Brazil is not legally obliged to address those places but these people are an emerging middle class.

“They have money, internet connections, they are buying things online, but until we started working with this company 1.5 years ago, people couldn’t receive packages easily. Now, customers can put a sticker with their three-word address on their wall and staff use our app to deliver post to them.

“The technology doesn’t just mean I can deliver door-to-door – I can deliver anywhere. I can order food to be delivered to the middle of Hyde Park, I can specify drone delivery. All of these things suddenly become really interesting.” 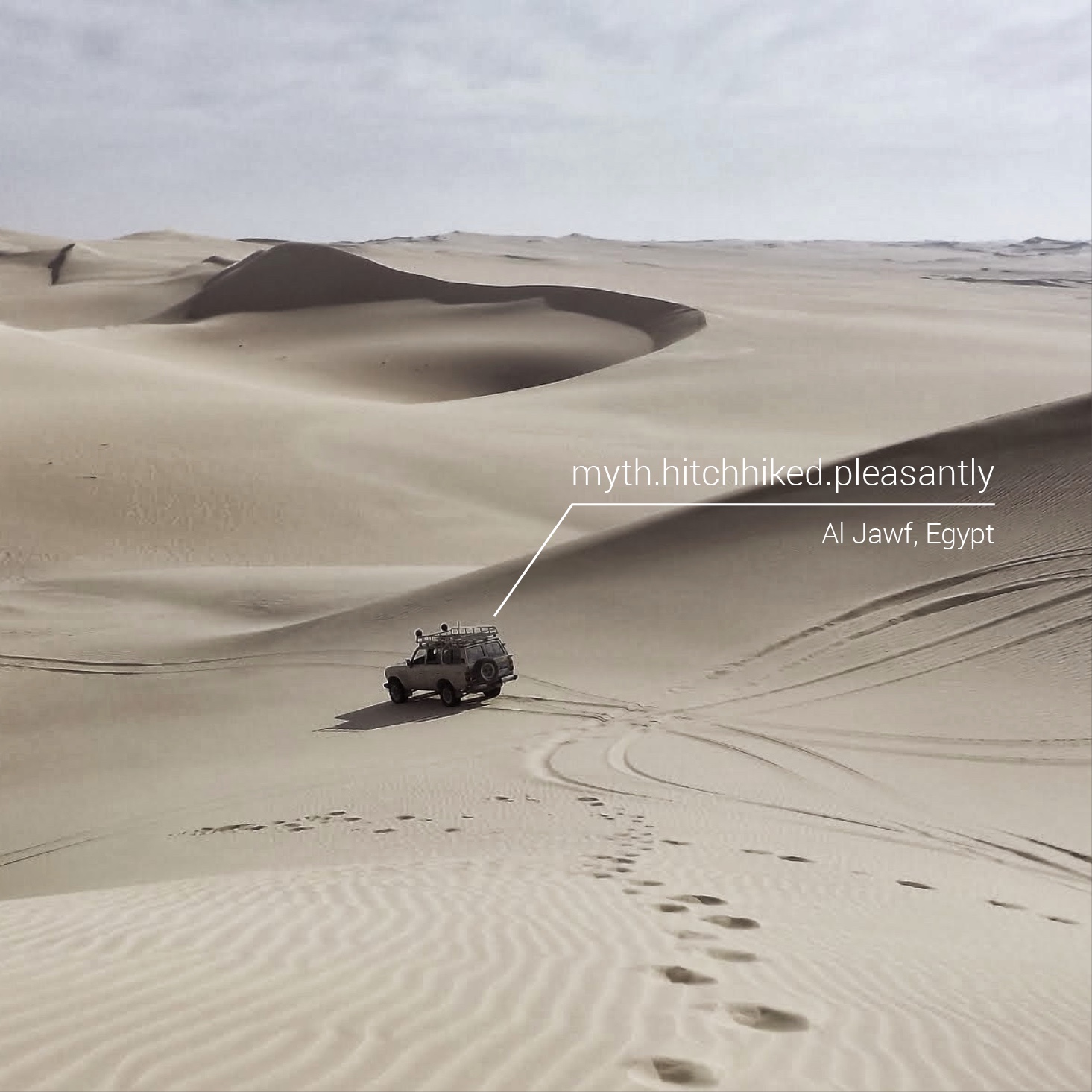 According to Rhys Jones, the geospatial industry is worth US$150 billion, with US$4.5 trillion worth of industry associated with it. What3Words is already tapping into this. He says: “We’ve got a model that is ‘do good and do business’ so for large businesses that can make or save a considerable amount of money using What3Words, we will charge a license fee for our algorithm depending on where you are in the world and the local GDP, while for nonprofit aid and humanitarian efforts there is a fixed US$100 fee a year.

“For individuals and small businesses it’s free to use our app and for up to a certain volume – so far we have partnered with about 50 companies and organisations. Our code is being built into a number of different apps that will accept a three-word address. And the beauty is the system is offline – our algorithm is just 12MB so you can build it into pretty much any system. If you are in the middle of nowhere, with no data connection, then it still works.”

Who’s using What3Words? “The Johns Brothers photographers have tagged all their photos with our addresses by automatically converting the lat-long, while Hg2 travel guides have added our three word addresses for every single bar, restaurant and tourist attraction they mention. Then there is Wild Swim, which has labelled over 2,000 wild swimming spots around the world.

“We’ve also got people using us for meet ups – there is a running group in the south of France that start every run with a three-word address, and at Glastonbury people are putting three-word addresses on their tents. It has also been used by first-aiders, who could shout the location over a field radio if someone had collapsed. We are being used in Lake Tahoe for ski rescue, and are built into the United Nations’ Disaster Reporting app for hurricanes, earthquakes and tsunamis, while HeliPadi shows every helicopter landing point in the world.”

For travellers, it’s also about sharing those hard-to-find gems with your friends. Rhys Jones says: “I used to live in Hong Kong and there was this amazing place called Feather Boa that you would never know about, there were no signs, it was a knock on the door job. Now I would just give the three-word address.”

He adds: “Travelling is about losing yourself but that doesn’t mean you have to get lost.”