Aimed at tech-adept Generation Y-ers, City Hub in Amsterdam describes itself as the “hotel of the future”, and comes complete with 50 high-tech sleep units, a digital lobby and RFID wristbands for making contactless payments. 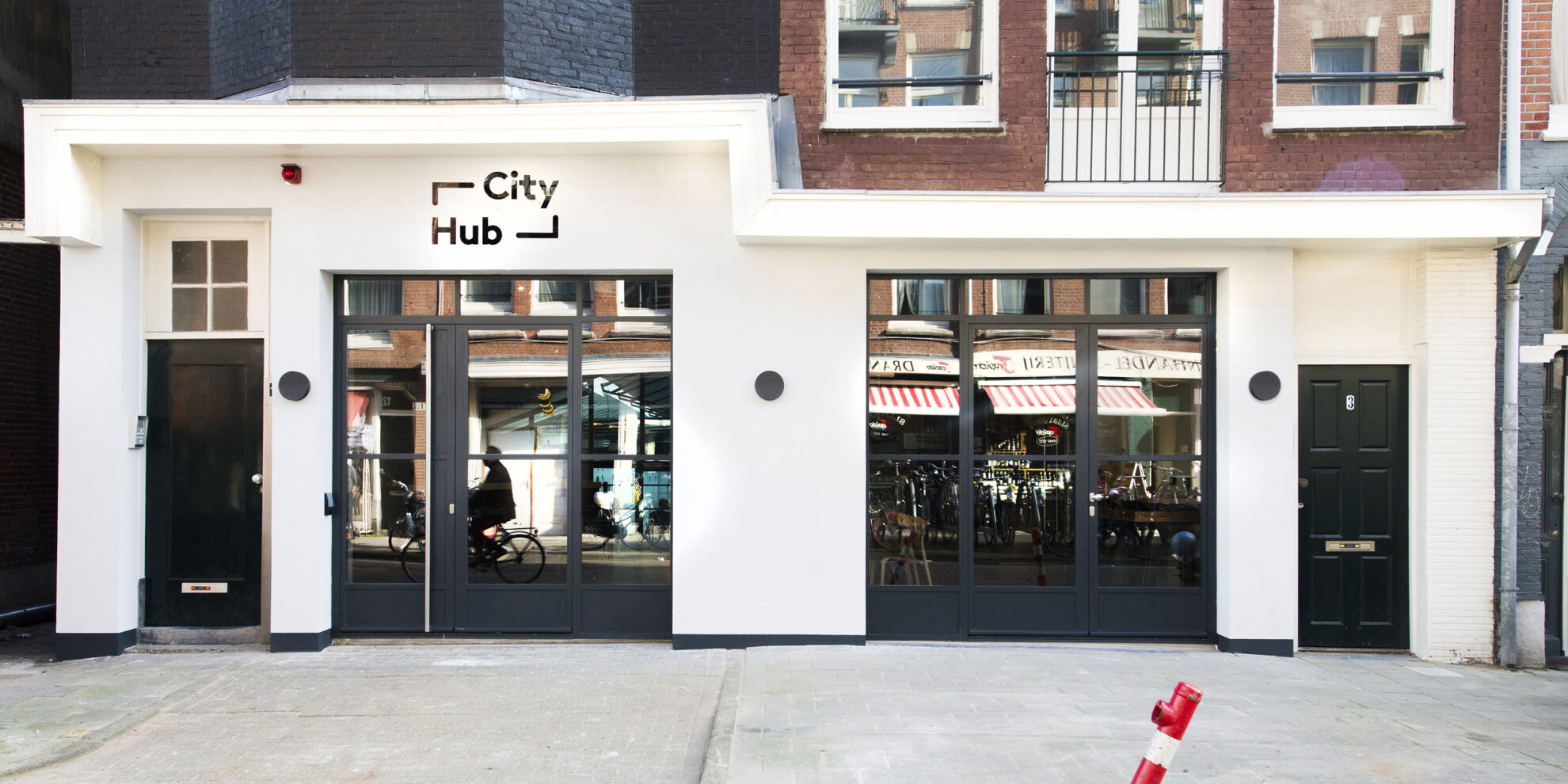 It was initially launched as a pilot project in 2012, but with 95 per cent occupancy and hundreds of positive reviews, it took up a permanent location on Bellamystraat in October 2015. 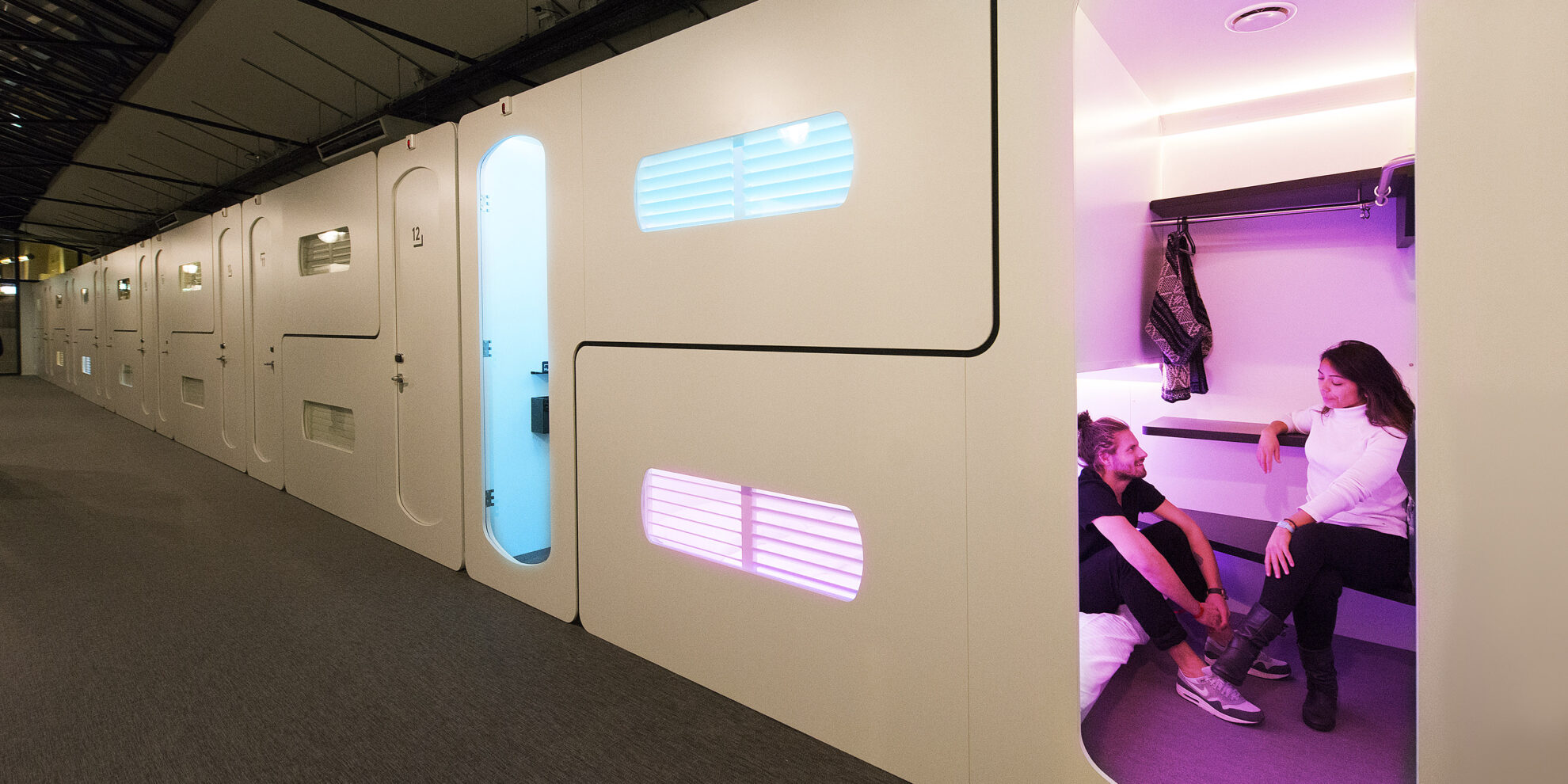 The hotel has its own dedicated app, which not only acts as a guide to the local area, but a virtual concierge whereby you can contact human “City Hosts” (members of staff) for advice. 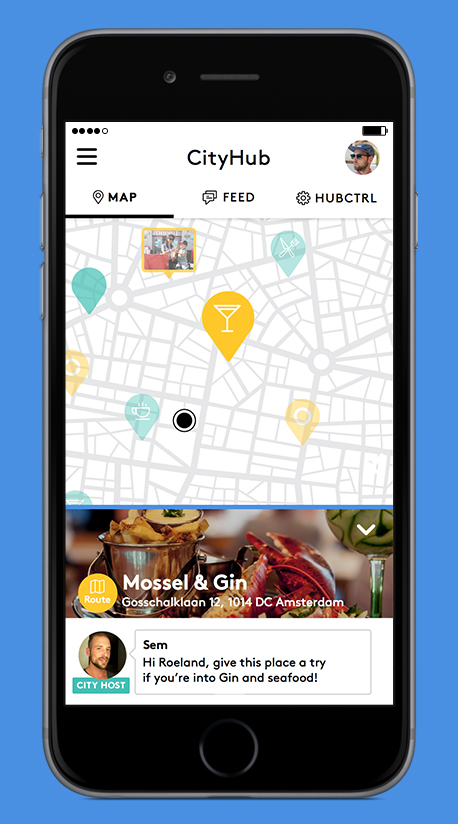 It also acts as an instant messaging platform for interacting with fellow guests, and a central control panel for the capsule rooms’ lighting, alarm and playlists. To avoid data roaming charges, the hotel will provide a MiFi dongle for when you are out and about. 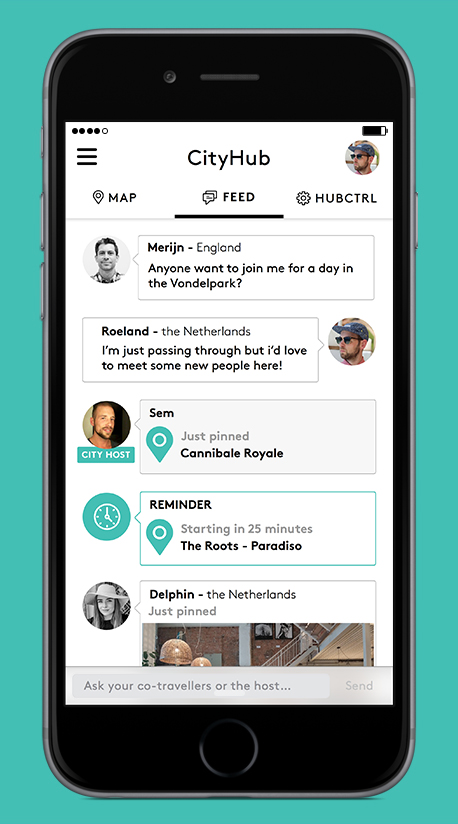 Another innovation is the high-tech bracelets that every person staying at the property is issued with – it can be used to buy drinks at the bar with a single swipe so there is no need to carry cash around. In fact, the hotel takes no cash transactions at all. 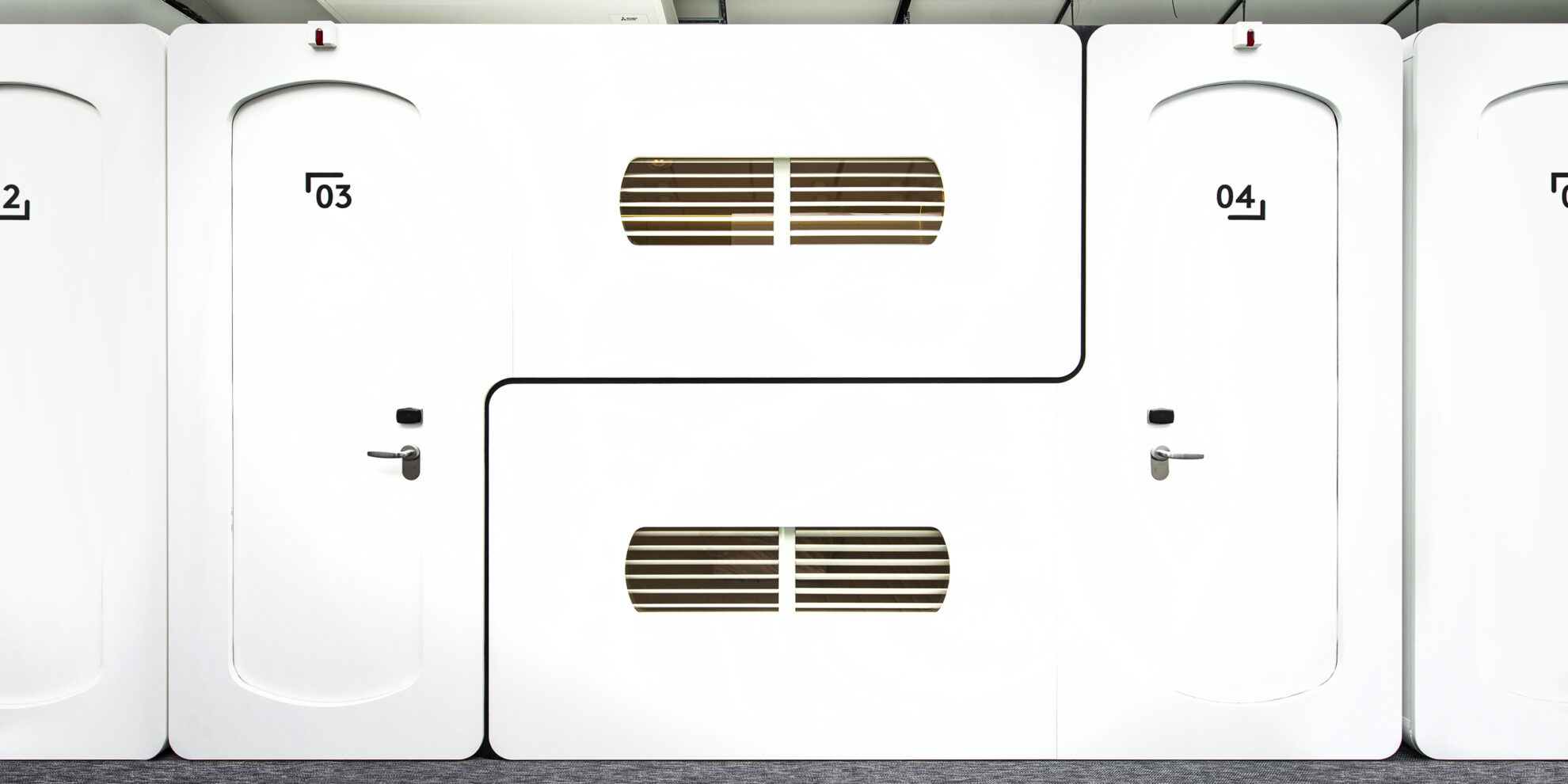 Self-service check-ins are performed 24 hours a day via touchscreen kiosks in the lobby. (The official check-in time is 3pm; check-out 12pm; latest 1pm.) Once you arrive at your room, you can then use your wristband to open the door. 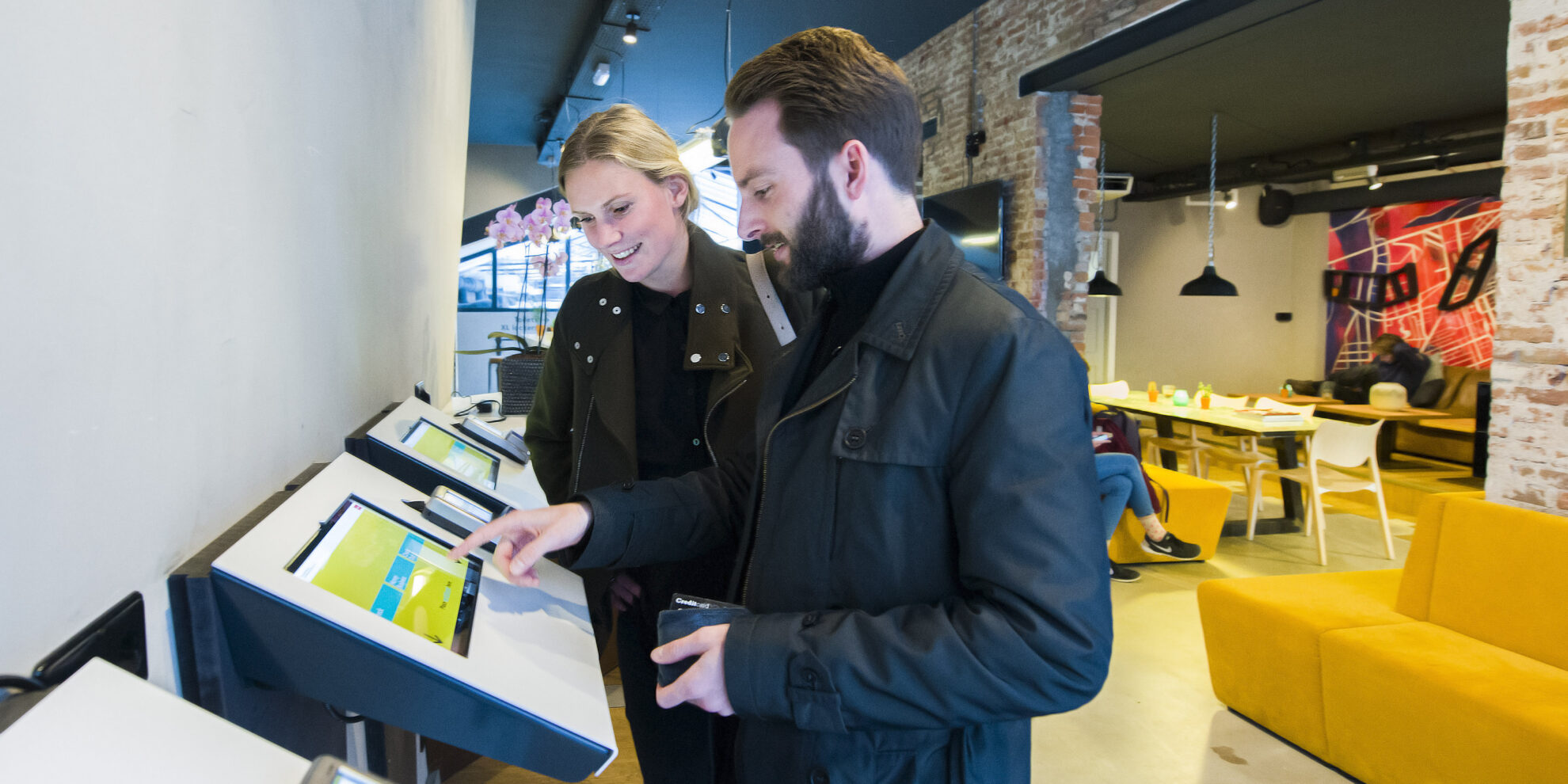 City Hub is designed for travellers who primarily want a budget bed for the night, but goes beyond hostels in offering private cabins from €50. Each “Sleep Hub” has a double bed with fresh white sheets, coloured mood lighting, speakers and wifi. There are lockers for storing luggage. 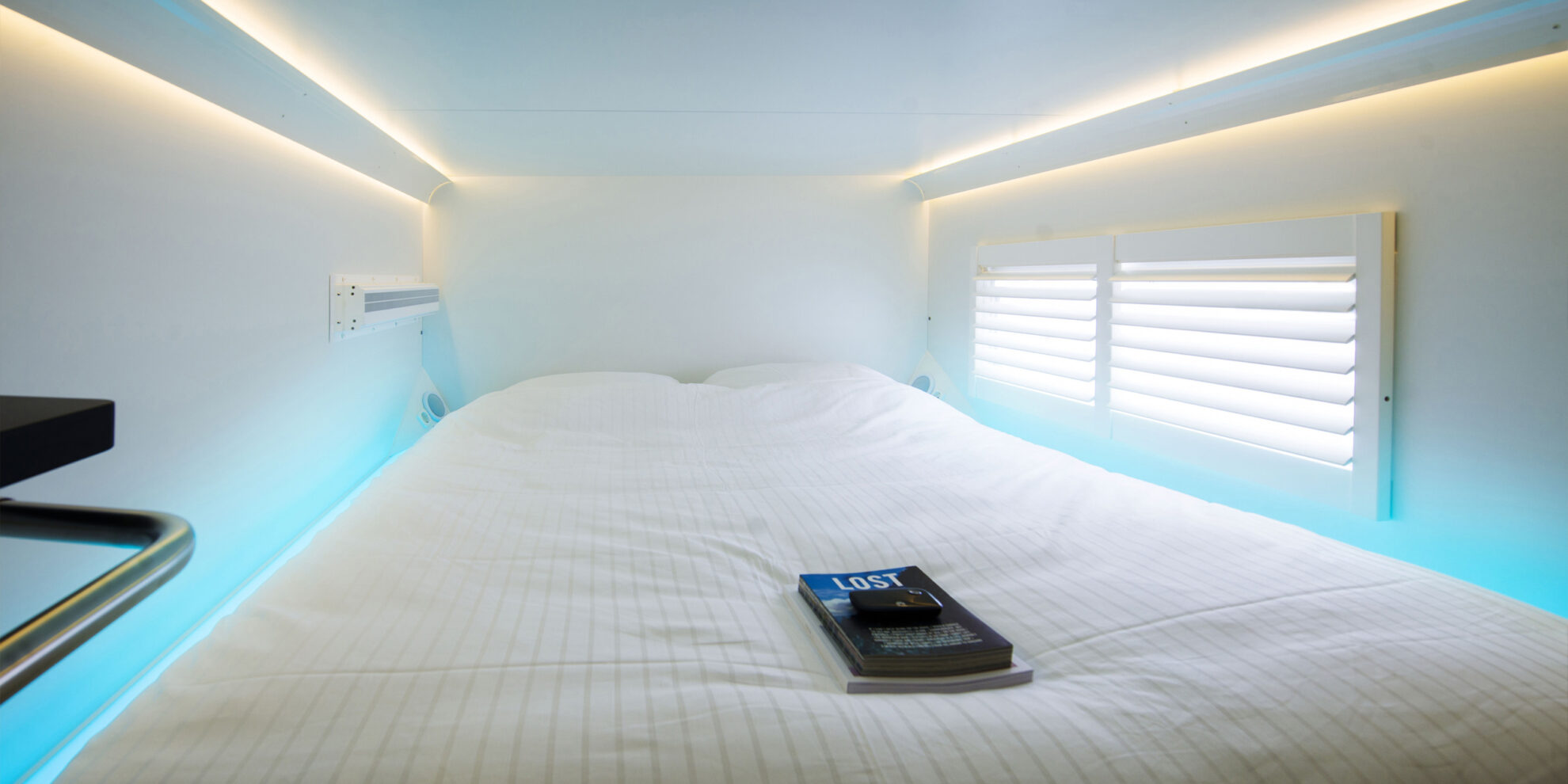 Like hostels, bathrooms are communal but look far smarter than your average washing facilities, with separate cubicles, lots of mirrors, free fluffy white towels and bathing products. It has the look and feel of the facilities in an upmarket gym. 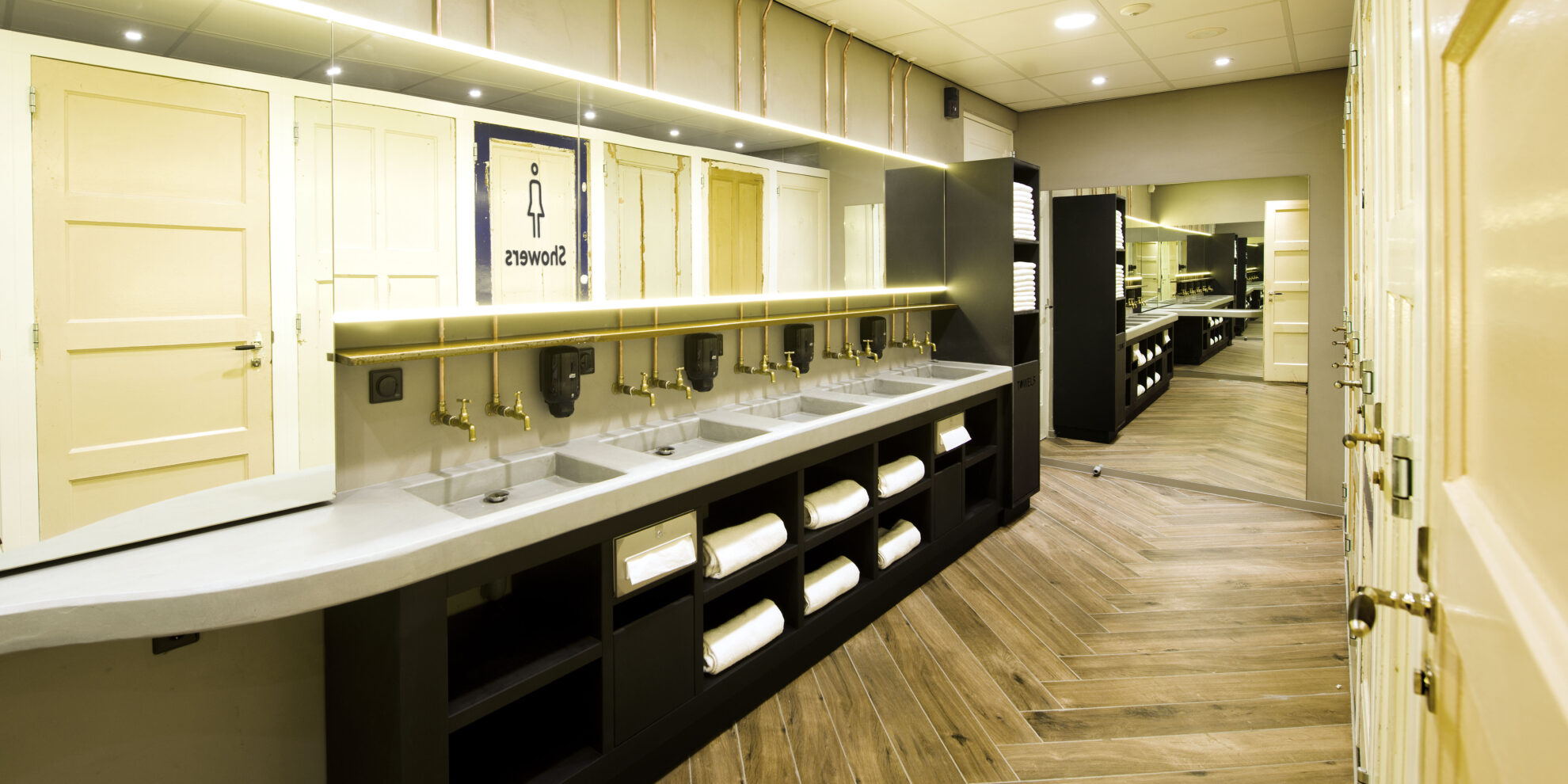 On the ground level is a chill-out lounge designed for working or having coffee. Interaction with others is encouraged, as well as pouring your own beer from a tap. 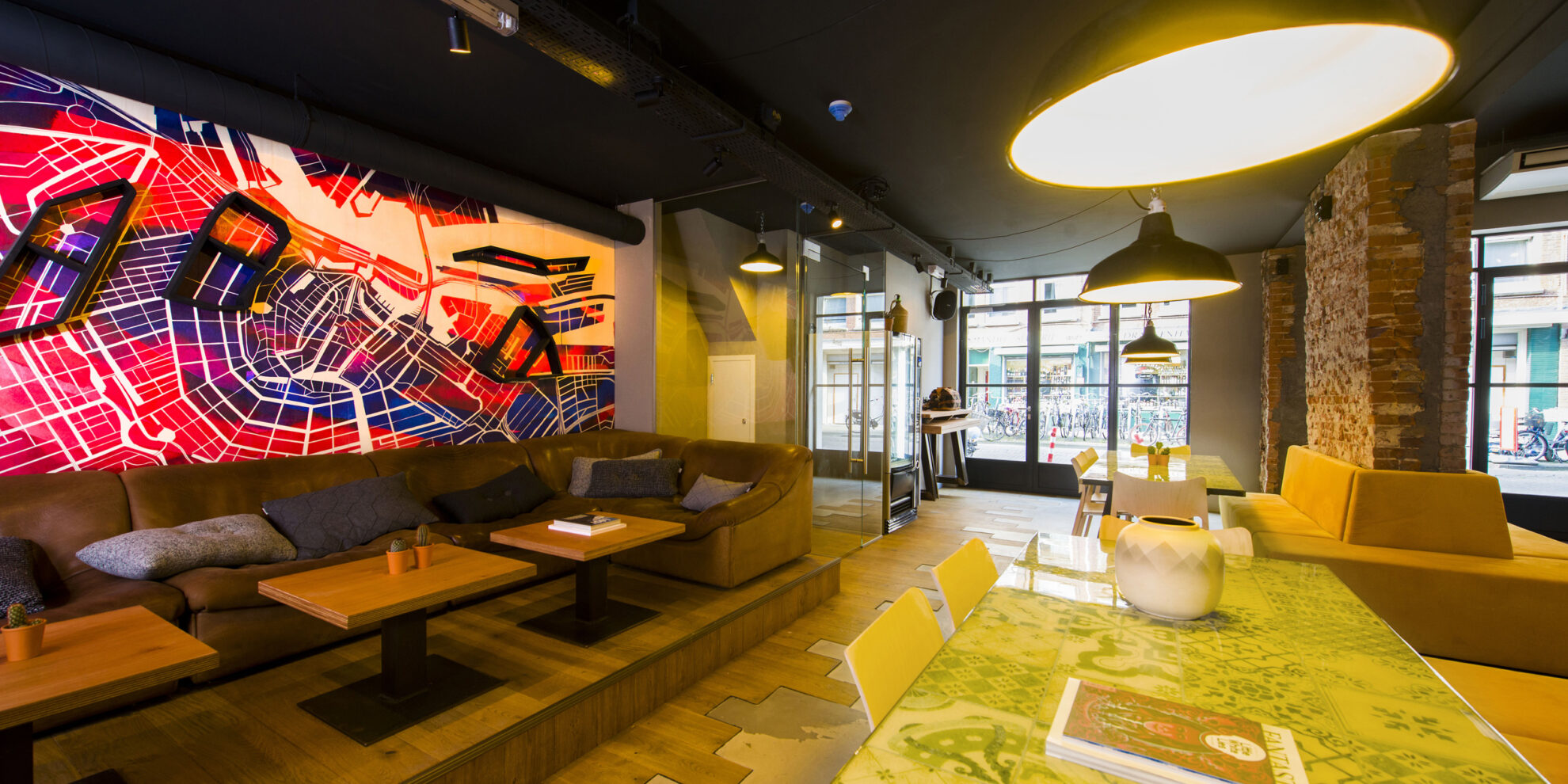 For €10 you can order food for the morning from the Breakfast Club next door. Alternatively you can bring your own on to the premises. 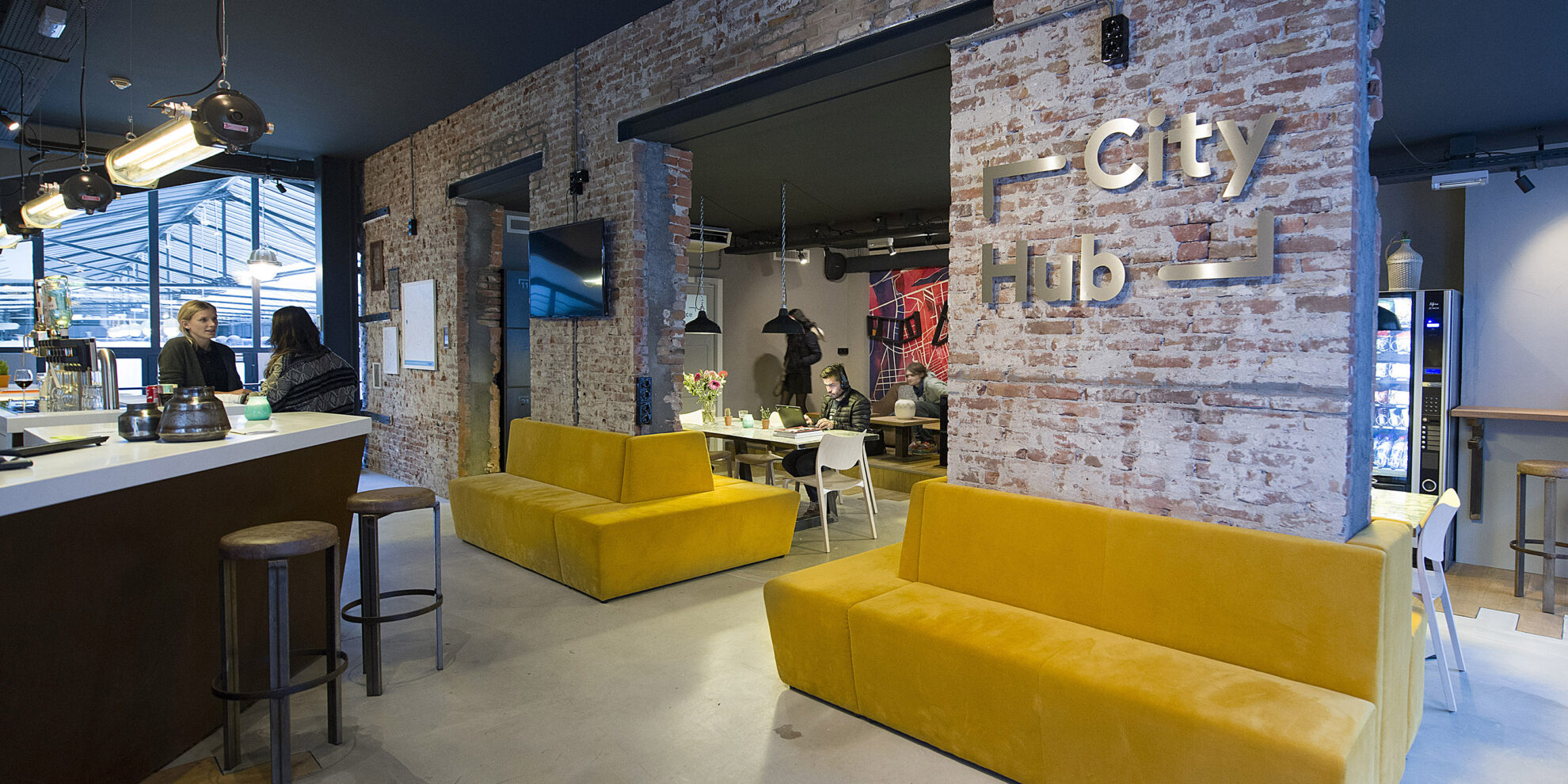 To read about the rise of posh hostels, click here.

To read about Yotel’s plans for world domination, click here.