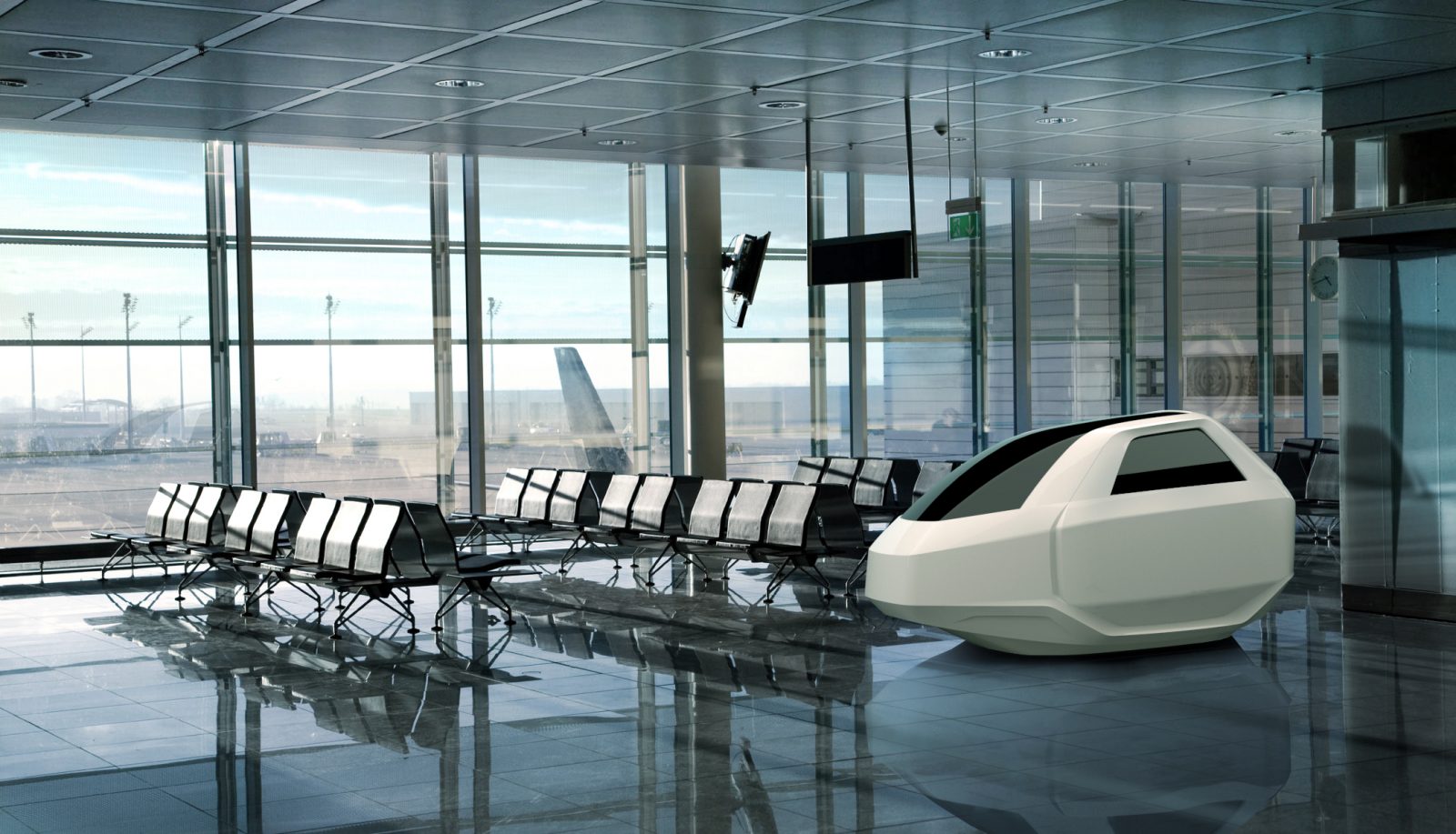 Airpod sleep capsules to be trialled in EU airports

This autumn, new prototype Airpod sleep capsules are to be trialled across EU airports, for travellers needing a power nap when their flight is delayed or they are experiencing a long layover.

The units, which could also be installed in other public places such as train stations and shopping centres, will feature an ergonomically designed seat that converts into a bed, free high-speed wifi, air conditioning and air purifiers, power sockets, luggage storage and flight status screens.

The Airpod was conceived by Slovenian businessmen Mihael Meolic and Grega Mrgole, who spotted a need for a convenient way to maximise comfort for those transiting through airport terminals. 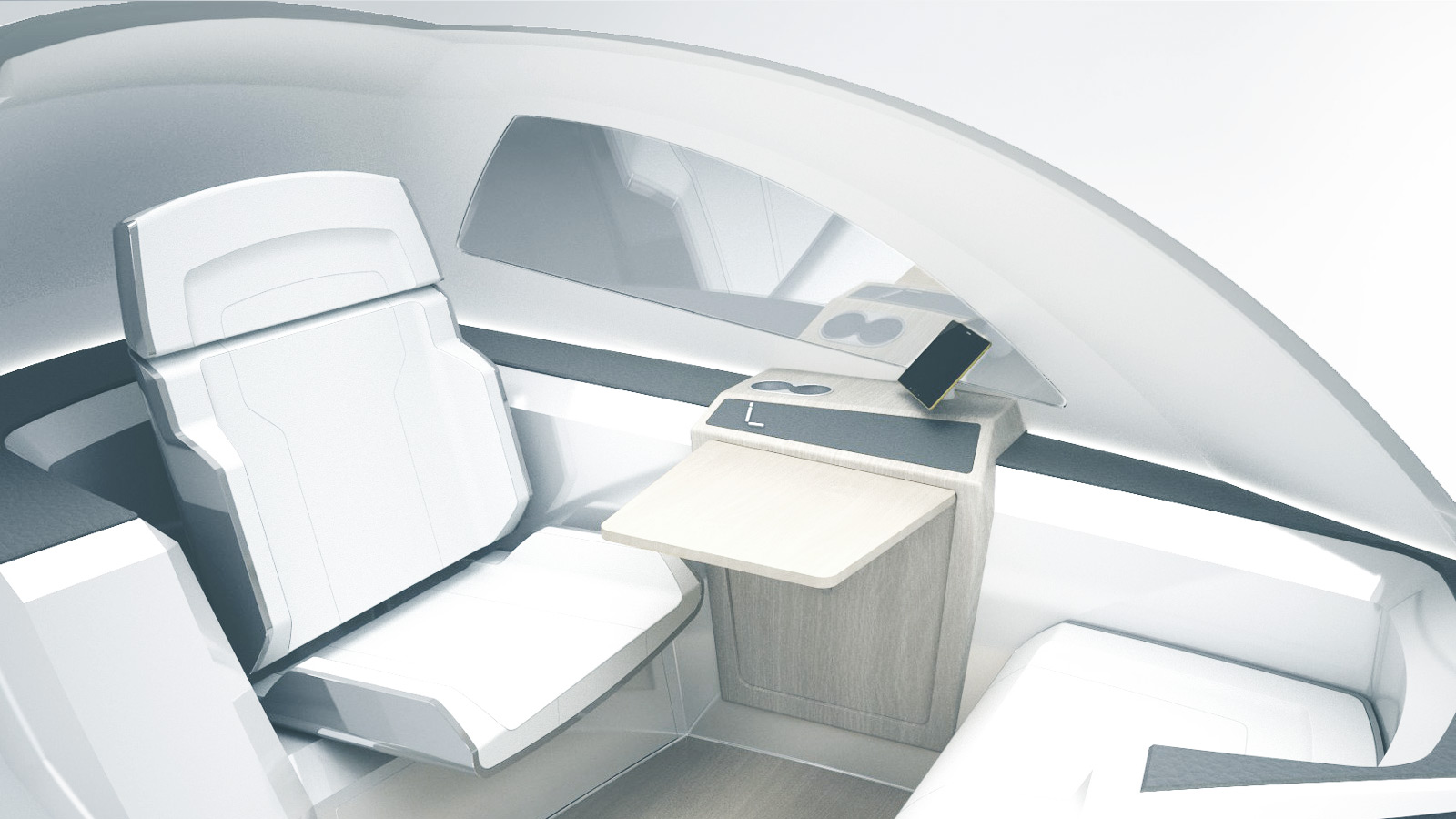 Airport hotels have their place but most are only suited to overnight stays – the alternative is to try and get some kip lying on a bench or even the floor of the terminal. Big in Japan, the sleep capsule is not a new concept. They do tend to be pretty claustrophobic though.

At airports in London, Paris and Amsterdam, Yotel has done well in cornering the market by offering a hybrid “capsule” hotel with affordable 7 sqm cabins bookable for four-hour slots. It will also be opening a property at Singapore Changi next year.

A handful of US airports have Minute Suites available for US$42 an hour (showers cost US$30) but again, these are compact rooms rather than freestanding pods.

Nap City has designed sound-proof freestanding booths rather more similar to the Airpod, with built-in beds, desks, air conditioning and charging stations. You can rent by the hour and stay for up to 12 hours. 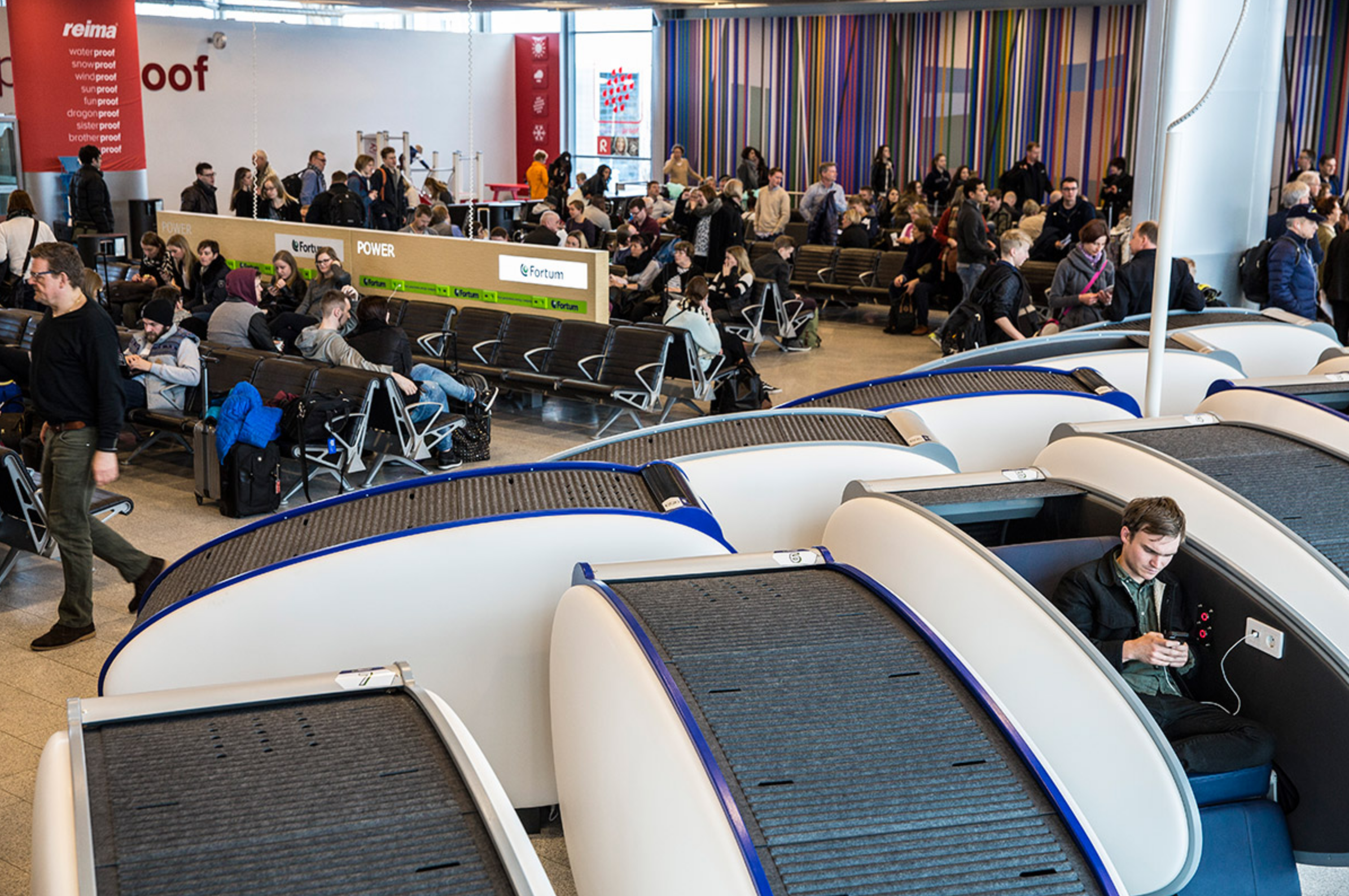 Most similar to the Airpod are the Go Sleep capsules at Helsinki airport, which are free between 1pm and 9pm or €5 per hour at other times. The company has also installed them in Abu Dhabi, Tokyo, London, London, LA and Beijing.

As of last year, there are also futuristic sleeping berths from Izzzleep at Mexico City airport, with prices from US$8 an hour to US$34 per night. 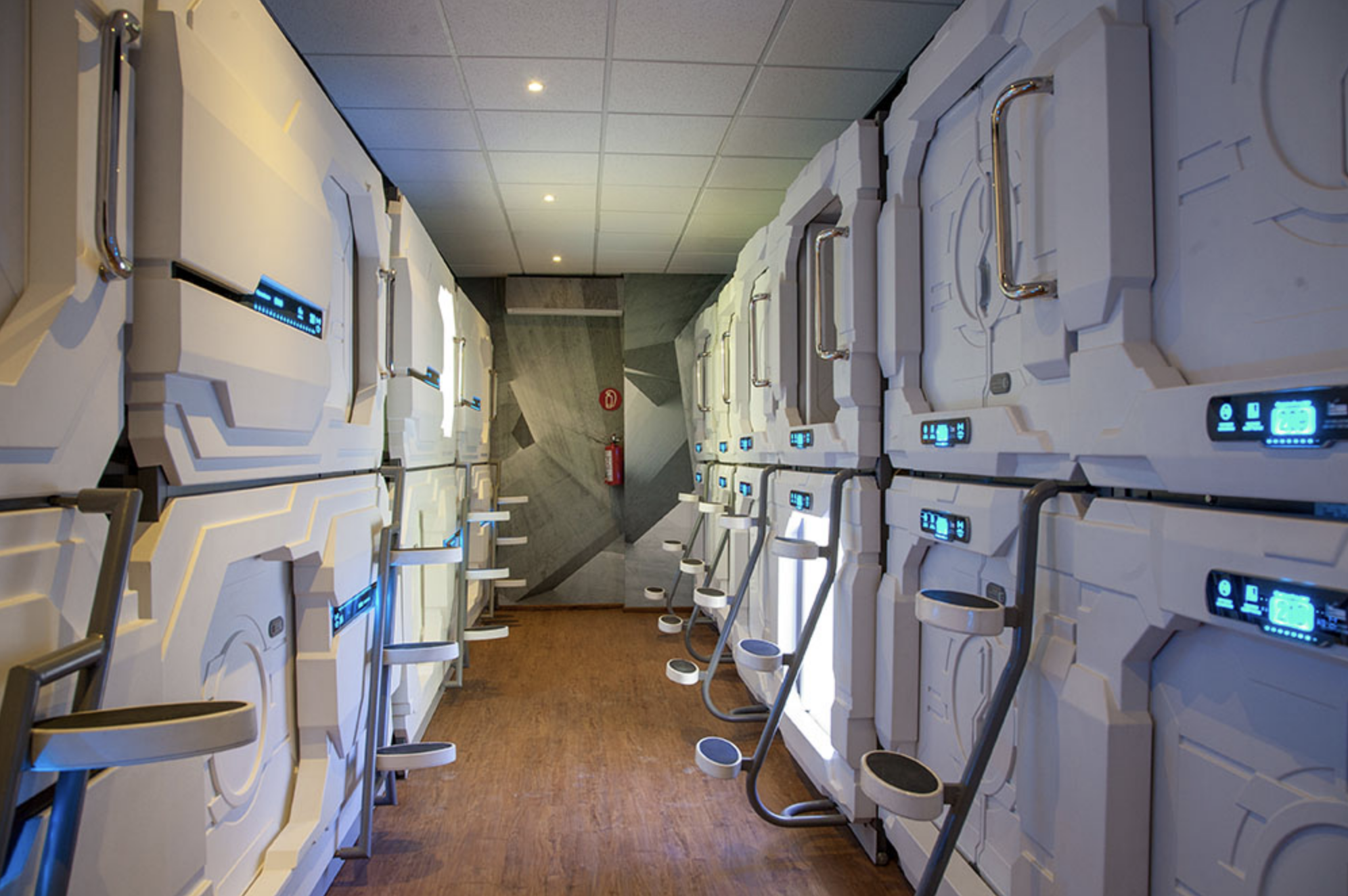