Since November 2014, Tourbar has accumulated 15,000 UK members that use the platform to make friends (of either persuasion) overseas – up from 1,400 the previous year. Many also meet up with foreigners visiting their home towns and cities to act as a guide.

Tourbar’s public relations manager, Anastasia Zolotova, said: ” With many tour operators now specialising in trips for solo travellers, our website and app is able to play a vital role in supporting those who are choosing to travel alone.”

Among global members, the most popular places for travel dating were the US, Italy, Spain, Turkey and the UAE. For UK members, the UK itself was ranked the top place to arrange hookups, followed by the US, Netherlands, Spain and Italy.

Zolotova said: “It is clear from our rising membership figures that the popularity of travel dating in the UK has gone from strength to strength, which is very promising. We are expecting this trend to continue into 2016 as the number of people experimenting with solo travel rises.”

According to a press release, after just one week of launching in the autumn, “20,000 trips have been created, dozens of events have been listed and hundreds of Airbnb listings added”.

•   Visiting Now and Arriving Soon: See a list of guys who are currently travelling in a city, or will be visiting in upcoming weeks, allowing you to connect with them weeks or months before you even get there.

•  Ambassadors: Residents of a city can volunteer to become Ambassadors. Ambassadors are members who have pledged to provide friendly advice and recommendations to visitors in their city.

•   Airbnb Integration: Members with listings on Airbnb and US holiday rental site VRBO can showcase those listings.

•  Destinations: More than two dozen travel destinations are featured and more cities from around the globe will be added soon. 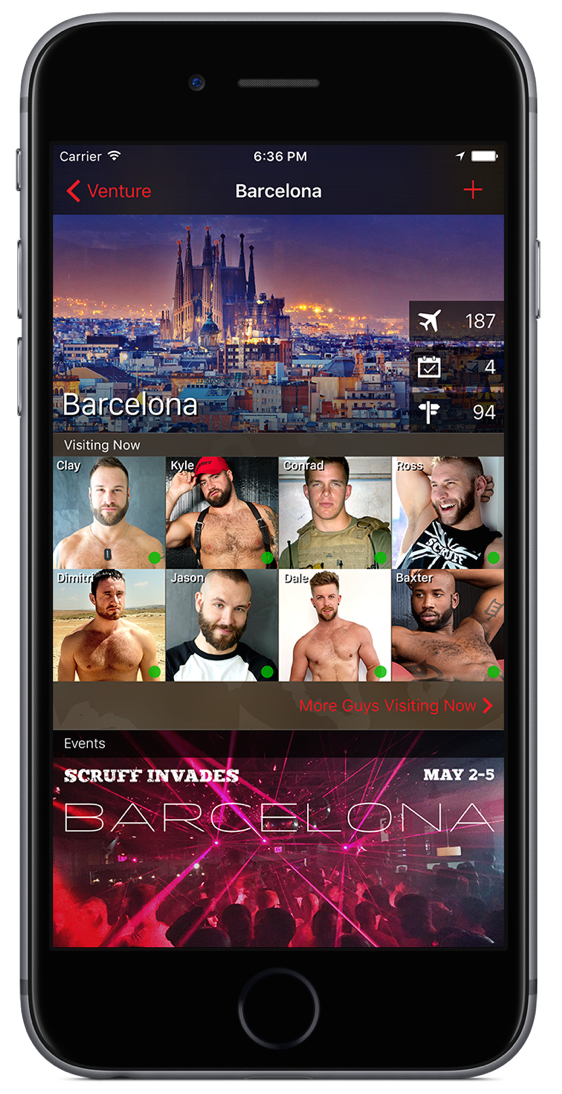 Since it launched five years ago, Scruff has more than eight million men signed up from around the world.

With dating apps such as Tinder, Happn and Grindr already wildly popular, it makes sense to adapt social networking technology for travellers, particularly as solo travel is on the up.