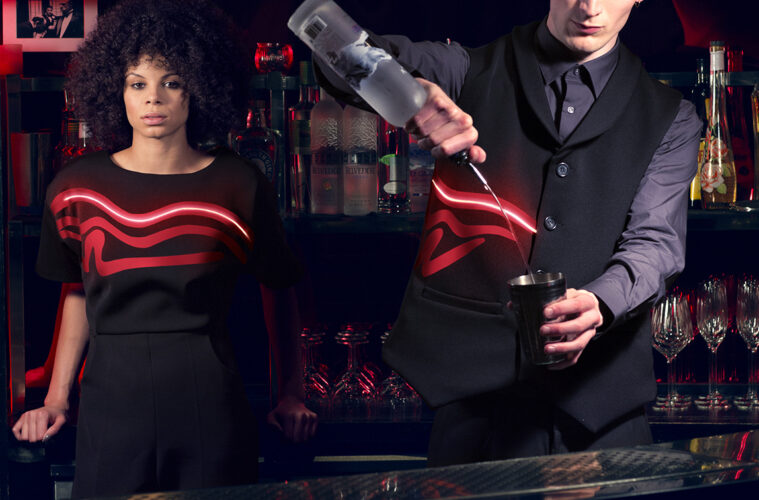 The innovative clothing incorporates “integrated LED technology that pulsates to the beats of the club’s resident DJ, and reactive strip lighting within a W screen-printed design that was influenced by the club’s glowing red neon lights”.

Barrow said: “My designs for Wyld’s new uniforms were influenced by the décor of the nightclub. I wanted the wearer to feel confident and enjoy working in the garments, so we created timeless tailored pieces for men and women.

“Glofaster and I wanted the uniforms to feature smart capabilities that would accentuate the design, making the staff stand out from the crowd and ultimately support them in their role”.

The Berkeley hotel in London delivers breakfast in bed at home