Located at 6,500 Selma Avenue, between Sunset and Hollywood boulevards, Mama Shelter LA occupies a converted 1920s building. Inside it features a hip American diner, a coffee shop for breakfast and a bar serving cocktails. In the evenings, there are live concerts and DJ sets. 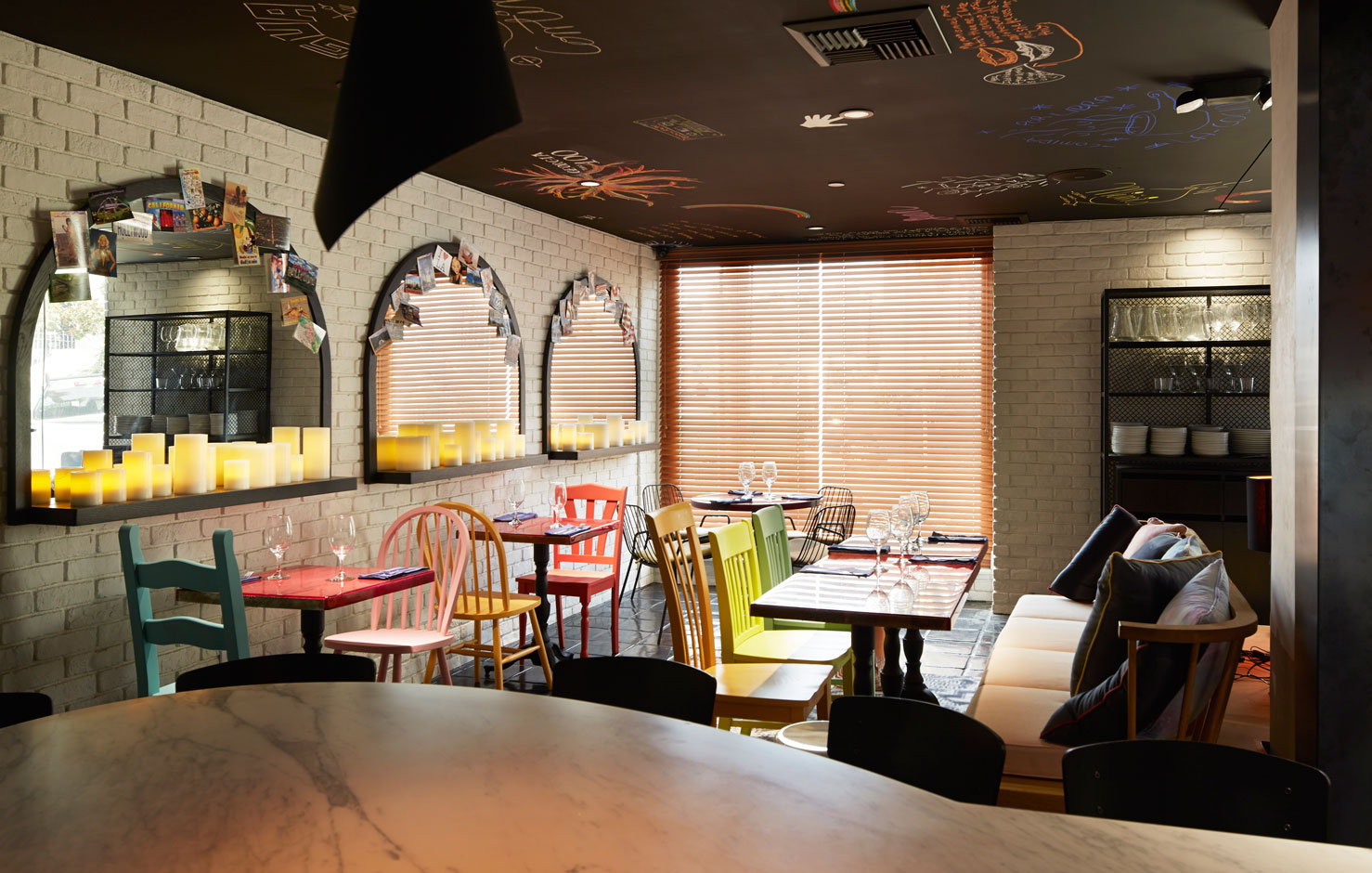 The lobby has guitars hanging from the walls and coloured chalk drawings on the ceilings, which are painted with blackboard paint. There’s a concept boutique, table football, pool, and video and photo booths.

Bedrooms (including two suites) all come with free wifi and movies, mini fridges, king-size beds with satin sheets, and bathrooms stocked with bio-care products created for the brand in partnership with Absolution. Snacks and essentials are stocked in carefully curated vending machines. 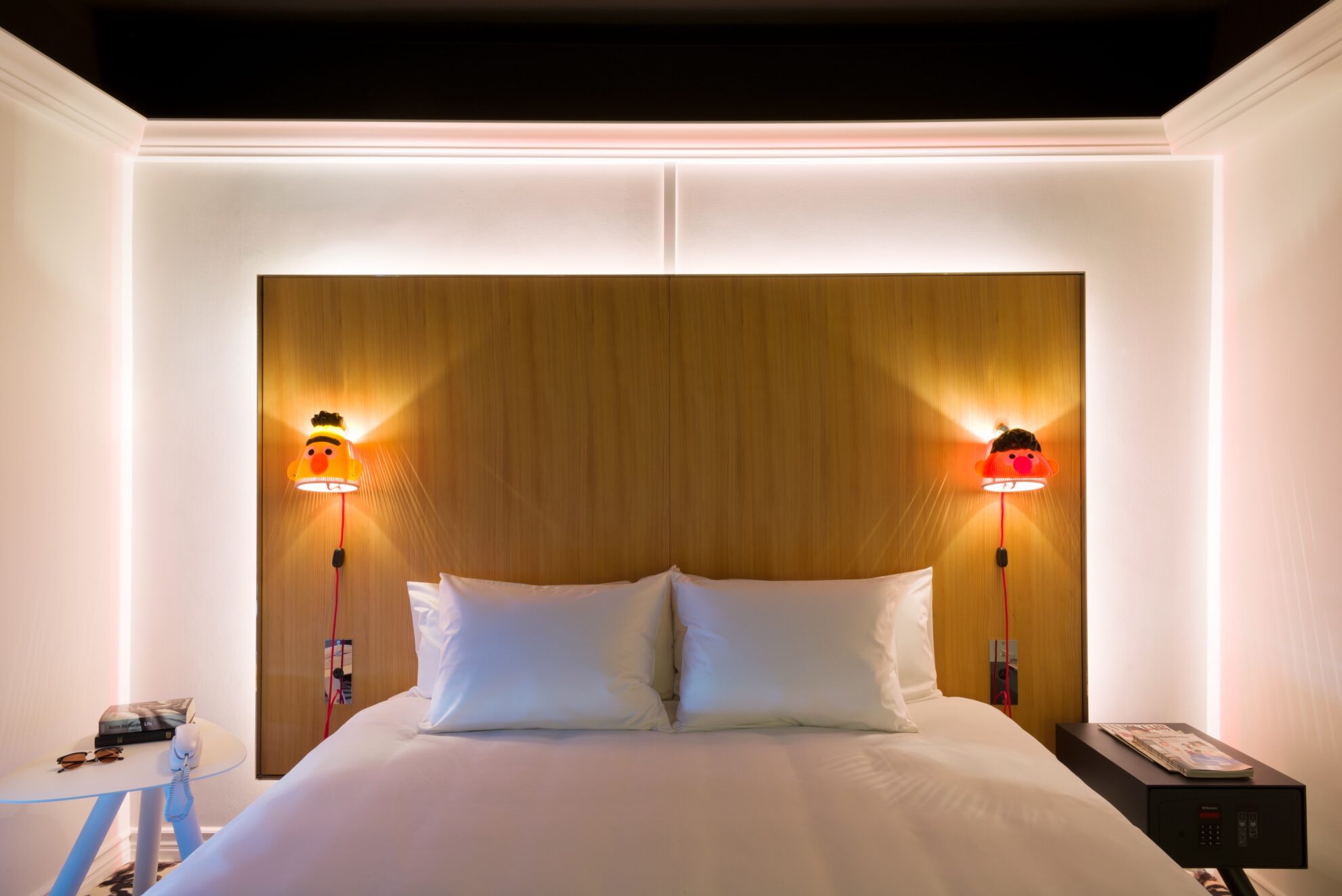 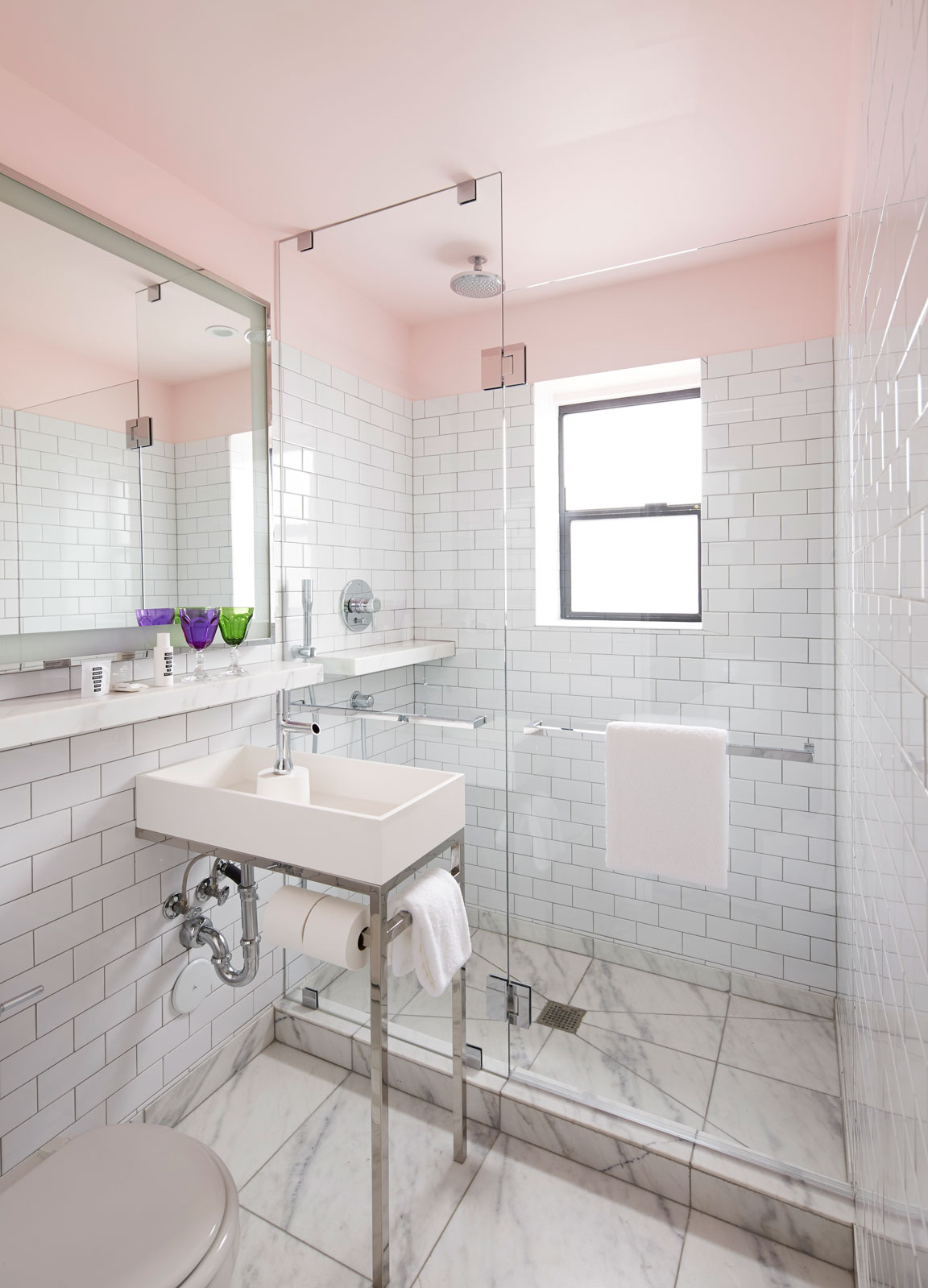 Coming shortly, when construction of the roof is complete, will be an al fresco gym for fitness training and yoga classes, a bar, an eatery and screening area for showing movies.

A press release said: “Mama’s rooftop allows you to take in the sights of all of Los Angeles with a near 360-degree view from the Hollywood sign to Downtown to South Bay to the Westside.

“She’s located blocks away from the peaked roof and cement celeb handprints at the Chinese Theatre along the Walk of Fame, as well as countless boutiques and bars, tattoo parlors and record shops, burrito stands and vegan restaurants.” 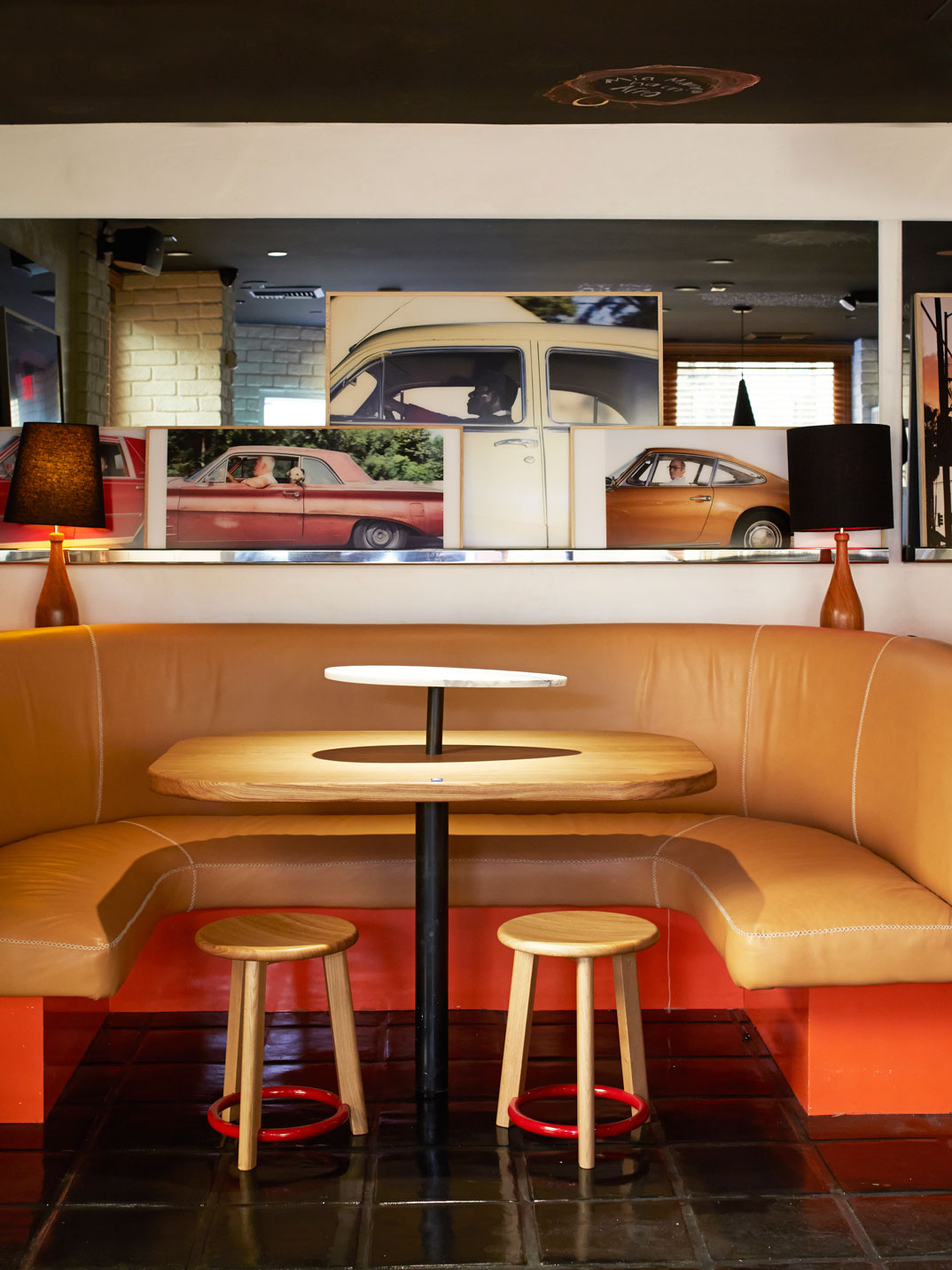 The Mama Shelter brand was founded seven years ago by Benjamin Trigano (whose family launched Club Med), and as with all the other properties, interior design and art is by Thierry Gaugain, former head of design for Philippe Starck.

The LA incarnation is the first from Mama Shelter to arrive in the US, with other hotels dotted around Europe. The first to open was in Paris, but there are also outposts in Marseille, Lyon, Bordeaux and Istanbul.

Each one is unique, with a sense of fun and rebelliousness that makes them feel somewhere between a lively hostel and a chic hotel.

It was announced last year that French hotel giant Accor bought a 35 per cent stake in the brand to help further its presence around the globe. Other destinations that could welcome a Mama are Lille, Zurich, Mexico City, Seoul, Amsterdam, Barcelona, London and New York. 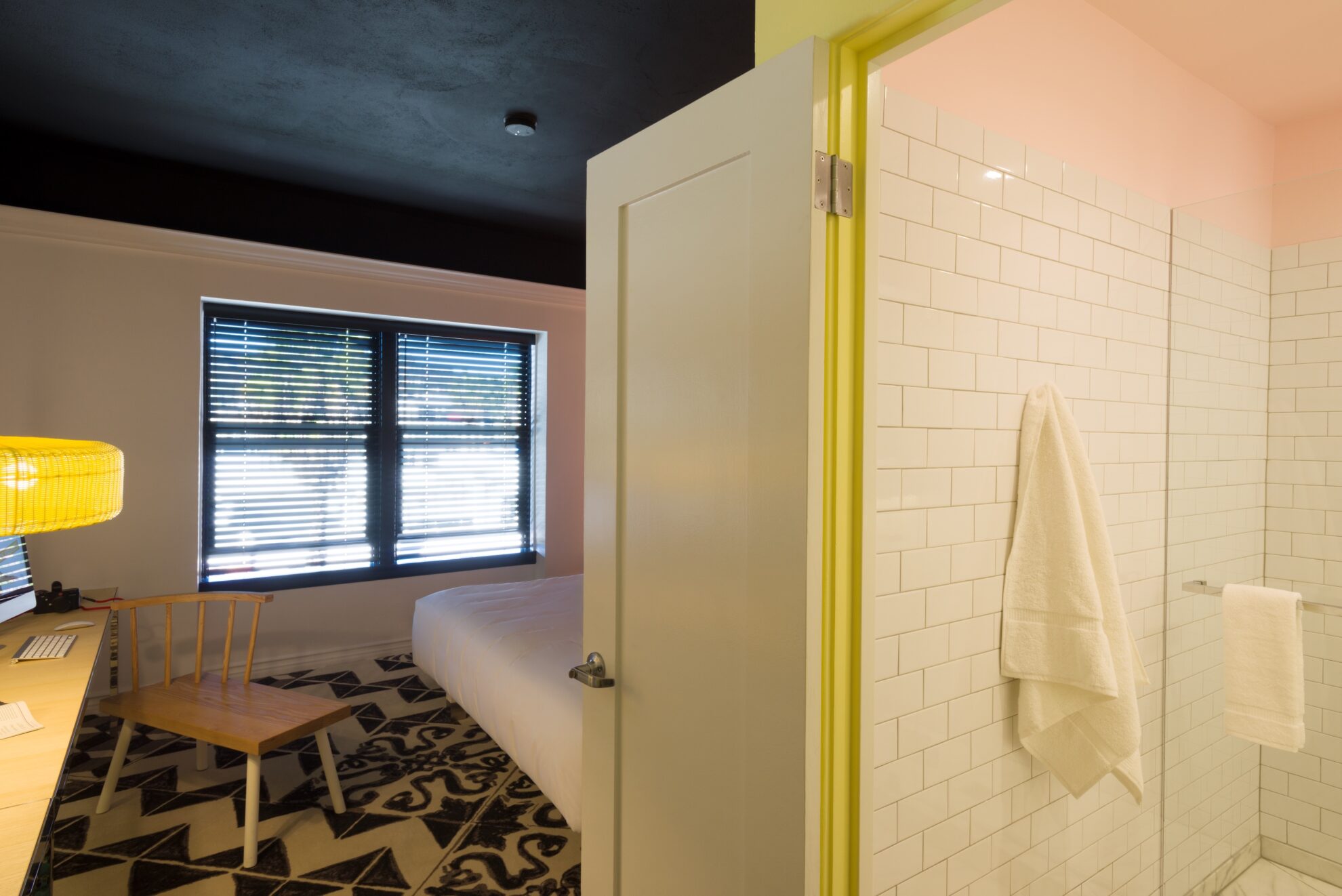