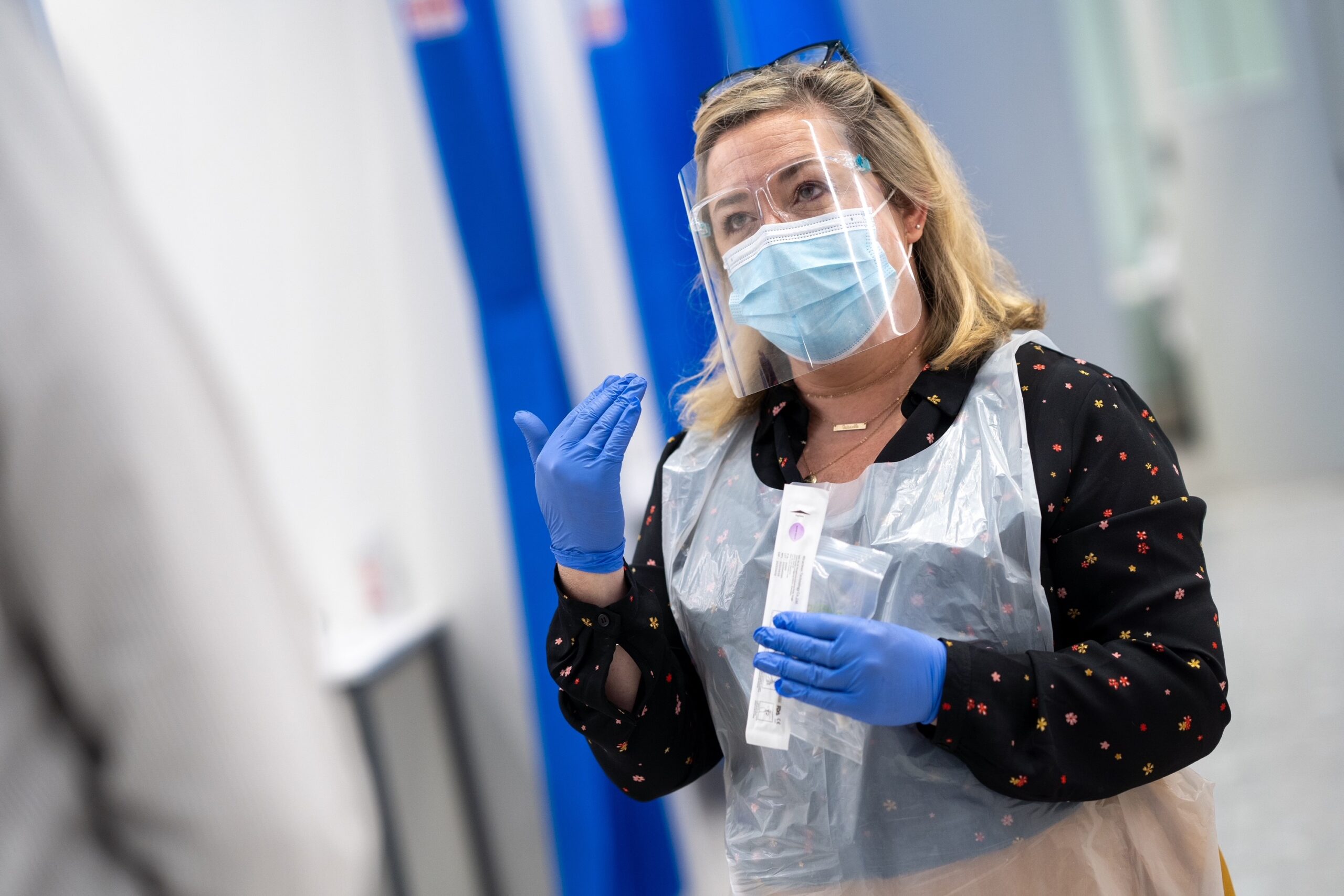 If successful, the transatlantic Covid-19 testing trial could eliminate the need for travel quarantines between the US and the UK. Rose Dykins reports

American Airlines, British Airways and Oneworld have launched a transatlantic Covid-19 testing trial, which aims to scientifically demonstrate that testing can remove the need for international passengers to quarantine on arrival.

Free Covid-19 tests will be offered to eligible passengers booked on certain American Airlines and British Airways flights departing from the US. Specific journeys from Dallas/Fort Worth, New York and Los Angeles to London Heathrow will be part of the trial.

Eligible passengers on these flights will then be given instructions by the airlines on how to volunteer as part of the trial if they would like to.

Each trial participant must take three Covid-19 tests during their journey. The first is an RT-PCR test taken at home 72 hours before departure, provided by Lets Get Checked. Participants must self-collect a nasal sample under virtual supervision by a medical professional.

Upon landing at London Heathrow Terminal 5, participants will take their second test at the airport. The LAMP test, provided by Collinson, involves a medical professional collecting a nasal sample.

Finally, a third test kit – requiring a self-collected saliva sample – is provided to the customer for them to use three days after their arrival in the UK.

If a passenger tests positive for Covid-19 during the trial, they will need to reschedule or cancel their trip. 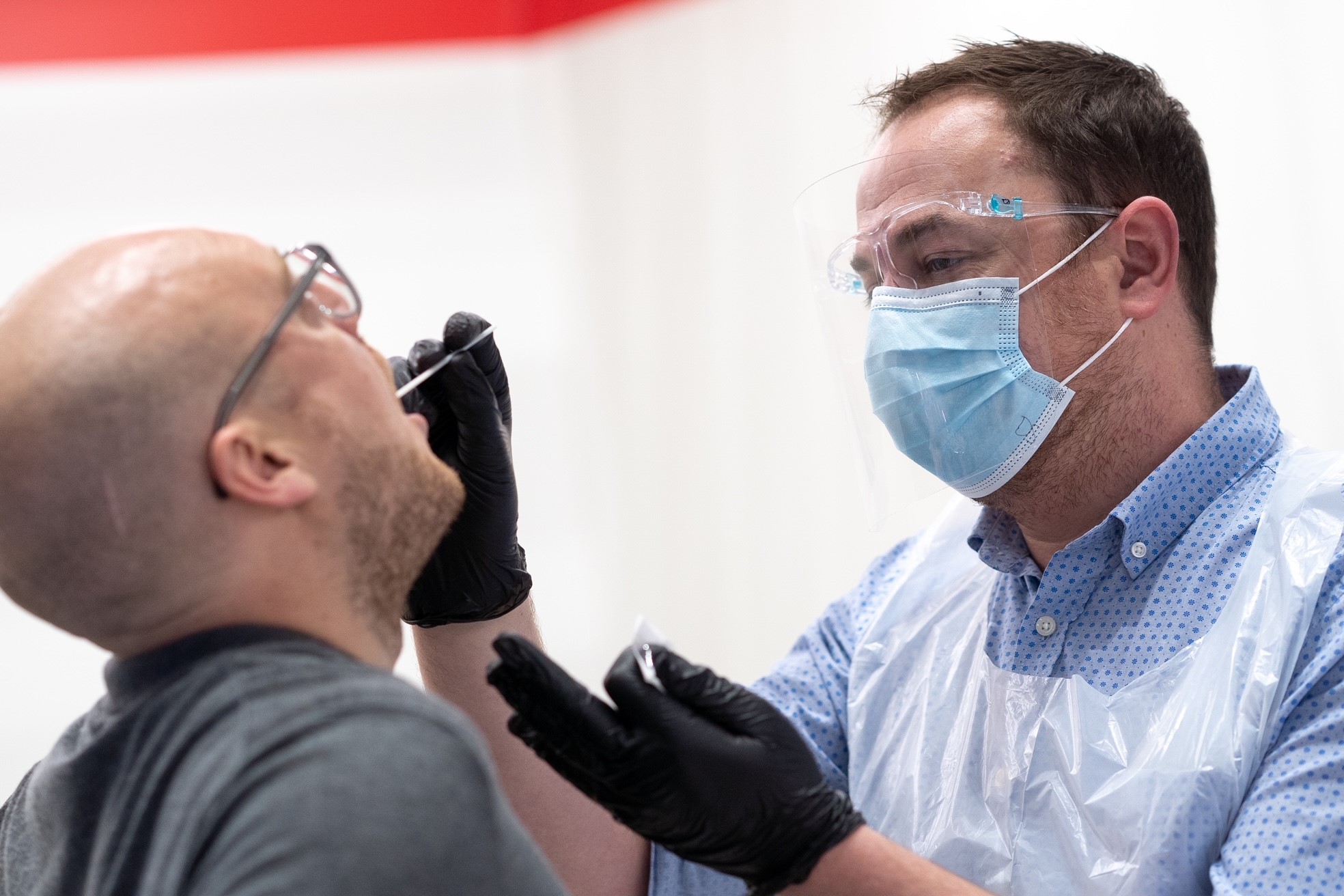 This three-test approach aims to prove a customer’s negative Covid-19 status throughout their travel journey, and to give insight into the most effective and practical testing interval along the way.

The third test in the trial is there to confirm the results of the first two tests, and find out whether one or two tests is enough for safe international travel to resume without quarantine.

Airline alliance Oneworld – of which BA and AA are members – has launched a task force comprised of airline member representatives and independent medical experts, who will oversee the transatlantic trial, while AA, BA and Oneworld will monitor passengers’ participation in the trial.

The task force will share results with the US and UK governments to demonstrate the essential role Covid-19 testing can play in safely restarting global travel.

Current UK government policies require international travellers arriving in the UK from the US to self-isolate for 14 days, even if they have tested negative for Covid-19.

Annual trade between UK and US normally amounts to more than £200 billion a year. Before the pandemic, American Airlines and British Airways were operating flights to more than 30 destinations in the US from London, but today they are flying a fraction of these. For example, the airlines were running up to 111 journeys per week from London to New York – this is currently down to 14 flights per week between the two cities.

BA and AA has worked with Heathrow to implement the testing trial at Heathrow Terminal 5, and the airport is now exploring whether trials can be introduced on more routes between the airport and the US.

Doug Parker, chairman and chief executive of American Airlines says: “American has already successfully introduced a pre-flight Covid-19 testing programme for customers travelling from the US to international destinations across the Caribbean and Latin America.

“We have received tremendous feedback from our customers in response to testing, as it provides peace of mind for safe and enjoyable travel.”

He adds: “The UK is a critically important business and leisure destination that our customers want to visit. We believe the results provided by this trial will be vital for reopening transatlantic travel safely.”

Sean Doyle, chief executive of British Airways, says: “We know people want to travel but our skies remain all but closed and the UK is being left behind. Major economies like Germany are adopting testing to replace quarantine.

“We need the UK government to introduce a system that allows travellers to take reliable, affordable tests before departure, so they are confident that fellow passengers are Covid-free. For people arriving from countries with high infection rates, a further test on arrival should then release them from quarantine.

“We are confident this approach would open routes, stimulate economies and get people travelling with confidence. The UK’s economic recovery depends on the swift reopening of its skies.”

Rob Gurney, chief executive of Oneworld, says: “We believe that Covid-19 testing will play an important role in safely restarting international travel. A comprehensive testing programme will provide governments the confidence to reduce or waive quarantine requirements and safely reopen their economies to international visitors, while further assuring customers that their health and well-being are protected.”

On November 27, Virgin Atlantic announced that customers on selected flights from London Heathrow to Barbados, and onwards to Antigua and Grenada would be requested to take a free rapid, point of care, lateral flow antigen test before they fly, delivered by health professionals at Collinson and Swissport’s Terminal 2 Pre-Departure testing facility.

Shai Weiss, chief executive officer for Virgin Atlantic, says: “The new UK test to release scheme is a vital first step in re-opening the skies, but we must now move rapidly towards a single test pre-departure regime in order to ensure the survival of UK aviation and protect 500,000 jobs reliant on the sector.

“Our Heathrow-Barbados testing trial, in close collaboration with partners including Collinson, London Heathrow and the Barbados Ministry of Tourism and International Transport, will gather vital data on the efficacy of a pre-departure testing regime to safely replace quarantine. We hope that testing will also lead the way for US borders to open to UK travellers.

“Moving to a pre-departure regime, supported by latest independent evidence, would be twice as effective as quarantine. Passengers should be able to take a test from up to 72 hours before departure, including a rapid test at the airport on the day of departure.

“Valid tests should include PCR, Rapid Point of Care LAMP and lateral flow technologies used by government in other settings, with no diversion from NHS testing capacity. We call on the Government to follow the evidence, support industry trials, and lead the way in allowing free movement of people and goods to resume.”

The adoption of pre-departure testing by airlines and airports shows a path forward for travellers for whom quarantine is unfeasible. In 2021, Globetrender predicts testing to become the norm.