When will quarantine-free flights between the UK and US resume?

With Heathrow passenger numbers for North American flights down over 95 per cent in August, talks have now begun to allow quarantine-free transatlantic services between London and New York by 2021. Rose Dykins reports

Plans are underway to introduce quarantine-free flights between the UK and the US by Christmas.

The UK’s Department for Transport has begun talks with its US equivalent to establish a transatlantic “air bridge” between London and New York, with the aim of introducing it by the end of this year.

Currently, British nationals are banned from entering the US from the UK, while US residents flying to Britain must spend two weeks in quarantine after they arrive.

Needless to say, there is a strong commercial incentive for reintroducing quarantine-free flights cross the route – which has seen a dramatic reduction in capacity since Covid-19.

In 2019, more than 14,000 flights were operated between London Heathrow and New York JFK, making it the busiest international long-haul air route in the world. However, passenger numbers for North American traffic were down over 95 per cent in August.

It adds: “More than 30 airports are already using testing as a safe alternative to 14 day quarantine and getting their economies moving. Frankfurt airport has overtaken Heathrow, an early warning that Britain’s economy will fall behind if we don’t protect our global trading network.” 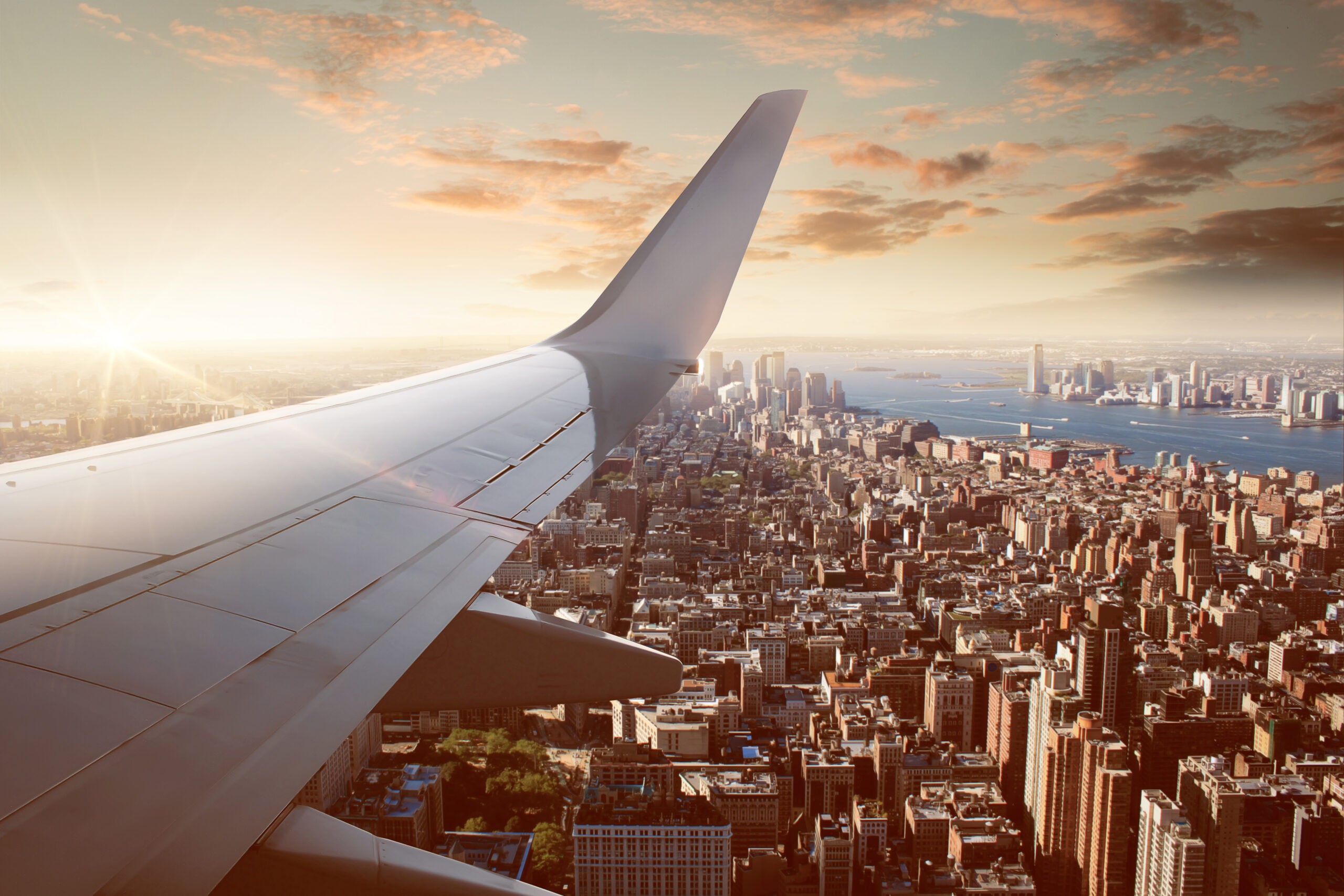 As well as reviving tourism ahead of the winter holiday season, quarantine-free travel between New York and London would reignite business travel between the two cities.

For the UK, it may also prove an important tool for boosting transatlantic trade agreements when the Brexit transition period ends on December 31, 2020.

A source told The Telegraph: “There are discussions going on at a very senior level around opening up London and New York. They are at a very early stage but it is vital to get business going with a major trading partner especially as we near Brexit.”

A travel corridor would also be a lifeline for airlines operating the transatlantic route – including BA and Virgin Atlantic – who have been forced to reduce staff numbers and streamline their operations during the pandemic.

Previously, the British government has been observing how coronavirus cases fluctuate within countries to decide whether inbound travellers need to be quarantined.

According to Johns Hopkins University, the US as a whole has experienced the highest number of coronavirus cases and deaths in the world.

However, New York’s cumulative number of Covid-19 cases over the past seven days is  7.2 per cent per 100,000 residents.

A transatlantic travel corridor could also set a precedent for the UK to gradually open up travel across the US, creating air bridges with key American destinations experiencing a low number of Covid-19 cases.

The move would also likely mean the end of Trump’s travel ban, which suspended travel between the US and the UK, Ireland and 26 Schengen countries.

The US is now said to be in discussions with Germany to trial travel corridors between Chicago, Boston, Los Angeles and New York’s Newark with Frankfurt and Munich. Covid-19 testing is in place in Boston and the two German airports.

London Heathrow airport is in the process of introducing quarantine testing for arrivals. Priced at £150, inbound travellers facing a two-week quarantine will be able to take the test and, if it’s negative, avoid the self-isolation period.