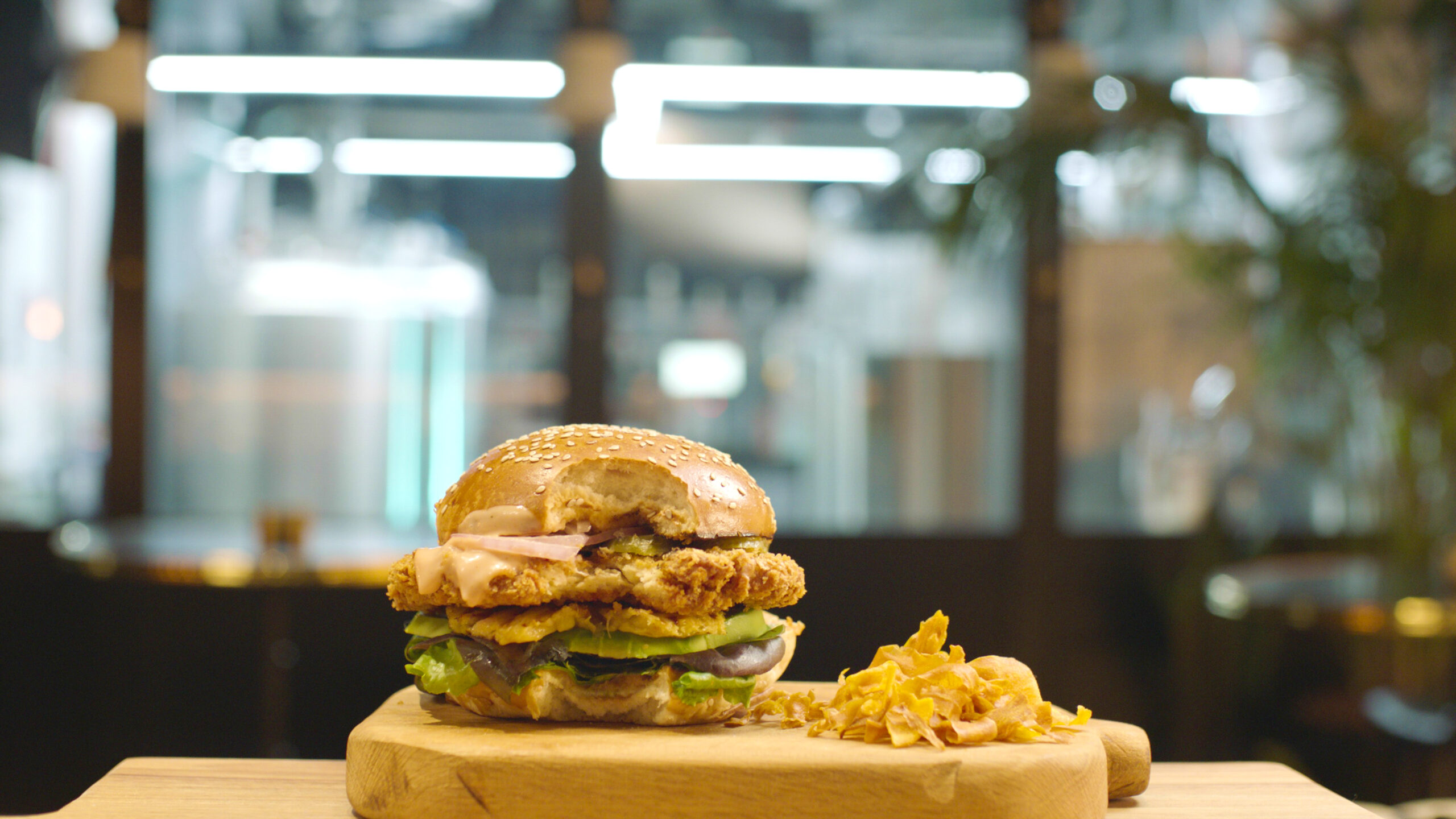 At The Chicken restaurant in Tel Aviv, burgers are grown in an adjacent lab. Is cultured meat the future food for carnivores? Olivia Palamountain reports

At The Chicken restaurant in Tel Aviv, not everything is as it seems. While the menu of various veggie plates such as a smoked acorn squash tortellini and hero dish, the Chicken Burger, sound simple enough, read the small print and it’s a different story.

A glimpse of a “bioreactor”, visible through a glass panel in the restaurant, provides the first clue that not everything is as it seems – the second is that diners are not required to pay for their meals.

So what the hell is going on? The Chicken is, in fact, the consumer-facing research facility of SuperMeat, a company that is experimenting with the production of “cultured chicken meat”, an innovation that creates animal meat for consumption – with no animals harmed in the process. 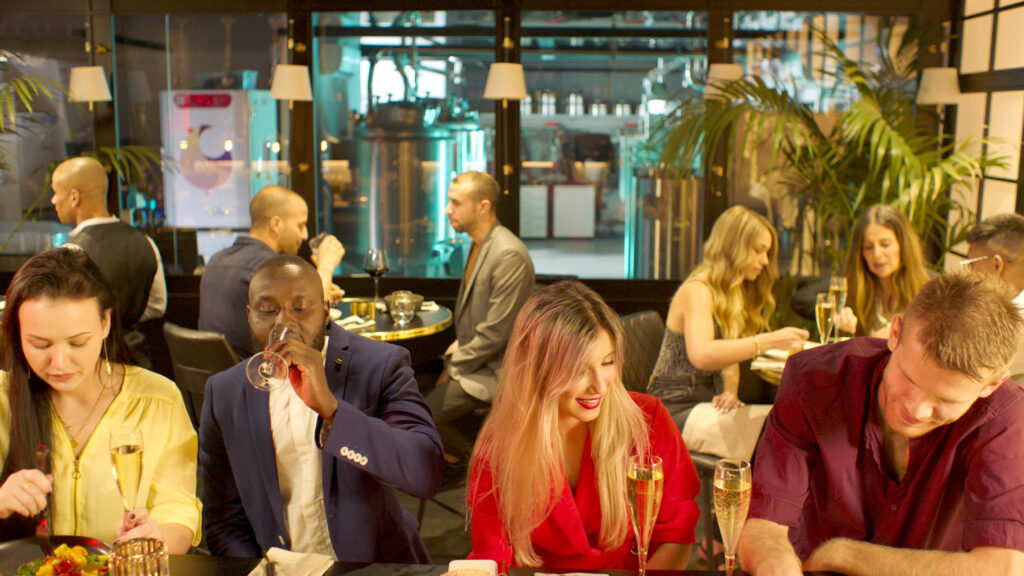 The company, like others in the cellular agriculture space such as San Francisco food startups Memphis Meats and Eat JUST, has been working to create the optimal conditions for cells taken from animals to grow without the animals themselves.

“Our production platform is based on avian stem cells that possess the innate ability to multiply indefinitely, eliminating the need to go back to the animal to produce more meat, essentially removing animals from the equation,” says SuperMeat CEO Ido Savir.

The hero Chicken Burger – a crispy cultured chicken fillet served on a brioche bun with toppings – is grown in the aforementioned bioreactor, housed in the adjacent pilot plant. But does it really look and taste like conventionally-produced chicken?

“The burger has a juicy chicken flavour, crispy on the outside and tender on the inside,” says Savir. “Feedback from multiple tasting panels was consistent that it was indistinguishable from conventionally manufactured chicken, and simply a great-tasting chicken burger.”

The reason that diners don’t pay for their meals here is that feedback on its products is the only legal tender at SuperMeat. 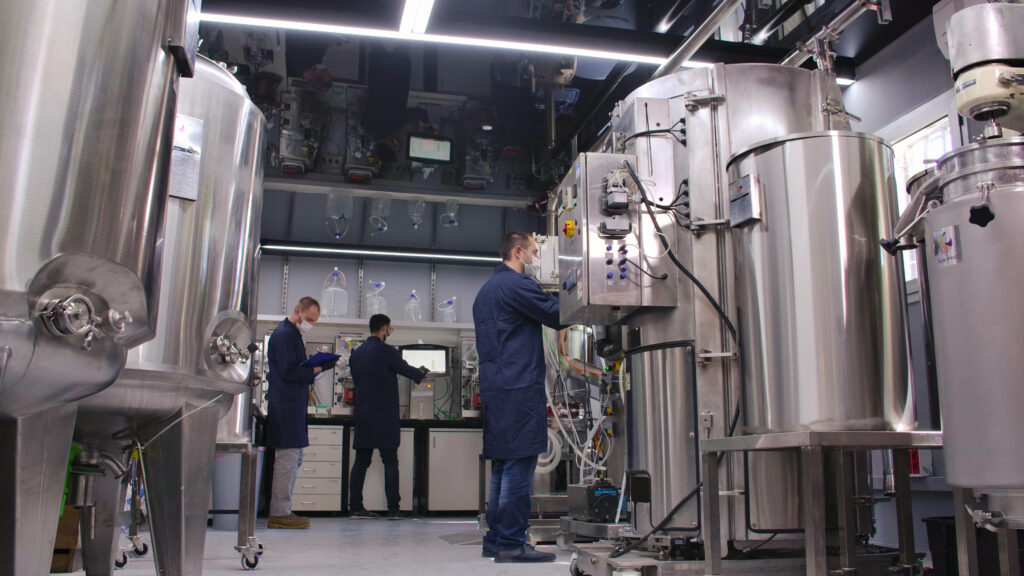 Governments are still developing a framework to deal with the new category of cultured meat (in the US, the USDA and FDA are working together on how to regulate the products) and the product has yet to receive regulatory approval so cannot be sold.

However, the company is able to serve the meat for feedback while it’s still in development. Within one to two years, it hopes to launch in restaurants. In five years, it plans to launch commercial-scale plants, and it expects to reach cost parity with traditional meat shortly afterwards.

Cultured meat is a “colossal” market opportunity, Bruce Friedrich, co-founder and executive director of the Good Food Institute (GFI), a nonprofit organisation that promotes cultured meat and plant-based meat, told The Guardian. Even a tiny bite of the US$1.4 trillion annual global meat market would be a lot.

SuperMeat has spent three years developing a manufacturing process that can be scaled up and is now ready to produce the cultured meat in large volumes – with help from existing tech in the pharmaceutical industry.

“One of the incredible benefits of cultured-based meat production is the ability to leverage the advanced technologies that were already developed for medicinal purposes to create a better food system,” says Savir.

“Right now, the pilot plant has the capacity to produce several hundred pounds of SuperMeat chicken per week. If it becomes widespread, cellular agriculture could have several advantages over traditional animal agriculture.

“Instead of having chickens stuffed in overcrowded buildings – a scenario that’s cruel to chickens, leads to the overuse of antibiotics, and could lead to the next deadly pandemic by spreading a virus from animals to humans – no chickens would be involved at all.”

The process is also faster and more efficient than raising animals – the “meat” is produced directly, with no blood shed and reduces the environmental footprint of traditional meat since it uses fewer resources.

“Once the desired animal mass is achieved, it allows for harvesting approximately half the meat every day,” he says. “It is metaphorically the equivalent of having a farm of 1,000 mature chickens, and harvesting 500 mature chickens out of that farm every day endlessly.”

A review of The Chicken

According to a review by Oliver Holmes for The Guardian, this is what the eating experience of the “no-kill” lab-grown burger was like: “At the Chicken, bottles of red wine line the walls, black stools surround circular tables, and the warm glow of hanging bulbs lights the restaurant. The entire back wall is made of glass. Behind it is the production facility where lab-coated scientists wander around between large metal vats. It is petri-dish-to-table service.

“The breaded patty is deep-fried in oil, before being placed on a sweet brioche bun, flavoured by wasabi and chilli mayonnaise, with a side of sweet potato chips. Similar to many chicken burgers, it breaks and flakes when pulled apart and is extremely tender. It tastes, at least to this reporter, like a chicken burger.”