With its own greenhouse, submarine and drone helicopter, Escape by Feadship is a next-generation, sustainable super yacht. Rose Dykins reports

Pioneering Dutch design firm Feadship has created a yacht that offers new levels of luxury while mitigating its carbon footprint.

For the concept of the new vessel, called Escape, Feadship consulted with yacht brokers during a three-day programme to brainstorm and develop a client brief that they could work with to create the next-generation super yacht.

“[The brokers] came out with a very extroverted client – a rock star who’s also aware of the environment,” said Feadship CEO Jan-Bart Verkuyl in a video interview. “He wants a garden to create his own herbs, but also a yacht that is able to move away from everything, but also to secretly escape with his own submarine.” 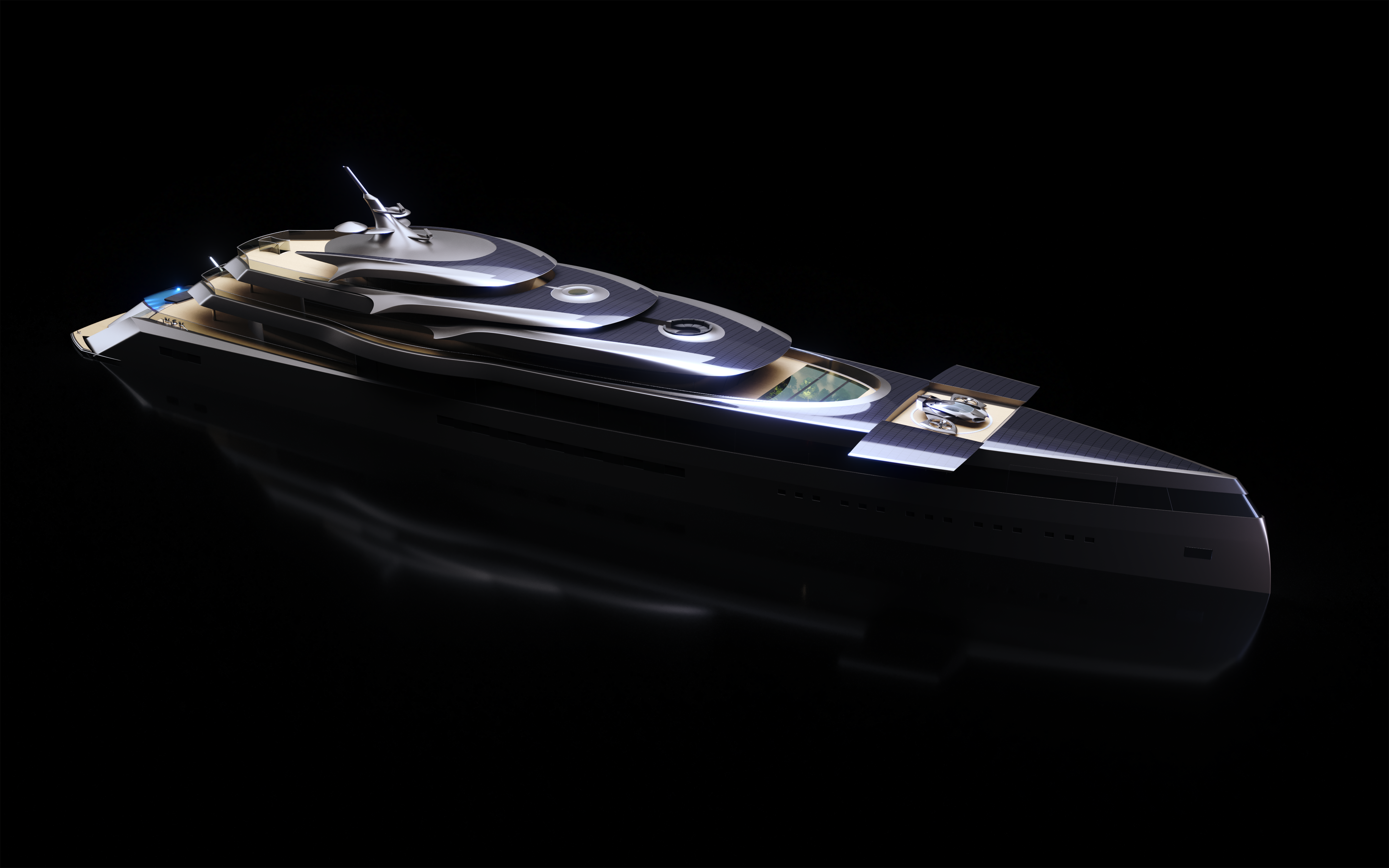 Rudd Bakker, senior designer at Feadship, says: “We came up with a proposal that was 110 metres long – quite a big boat, but very low and slick [and with] lots of surfaces for solar panelling to save energy.”

Feadship has created stylish, aspirational concept in Escape, one that incorporates environmentally-friendly technology, and is also full of surprises for luxury travellers once they step on board.

These include a “moon pool” offering 360-degree views of the underwater view below, a greenhouse for growing herbs, a private submarine attached to the boat, and myCopter – a personal drone helicopter that lets passengers explore their surroundings from above. 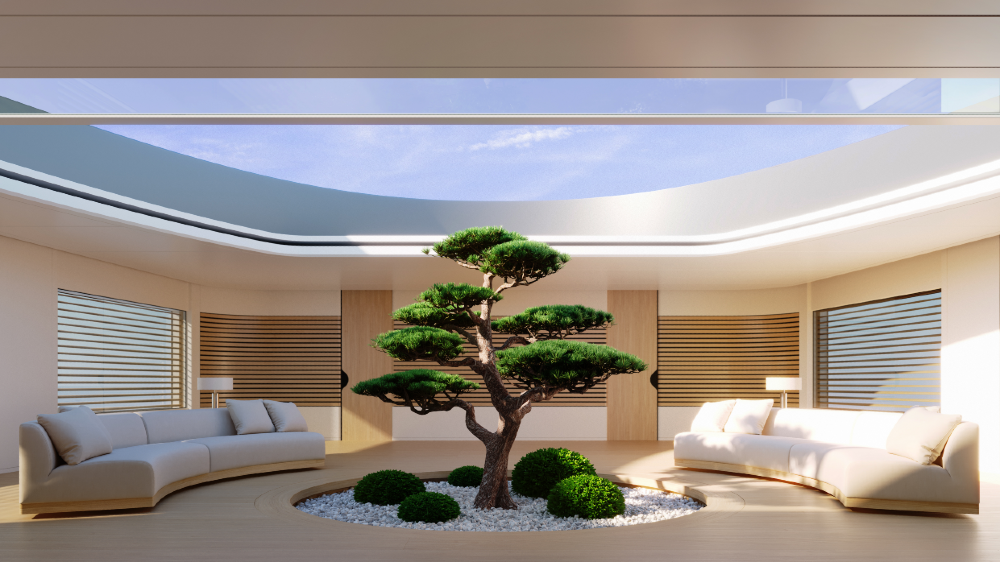 Positioned at the centre of the yacht, Escape’s atrium will be a communal space for passengers to gather around the moon pool. The latter is filled with sea water, and doubles up as both a “secret submarine landing zone” and a swimming pool. 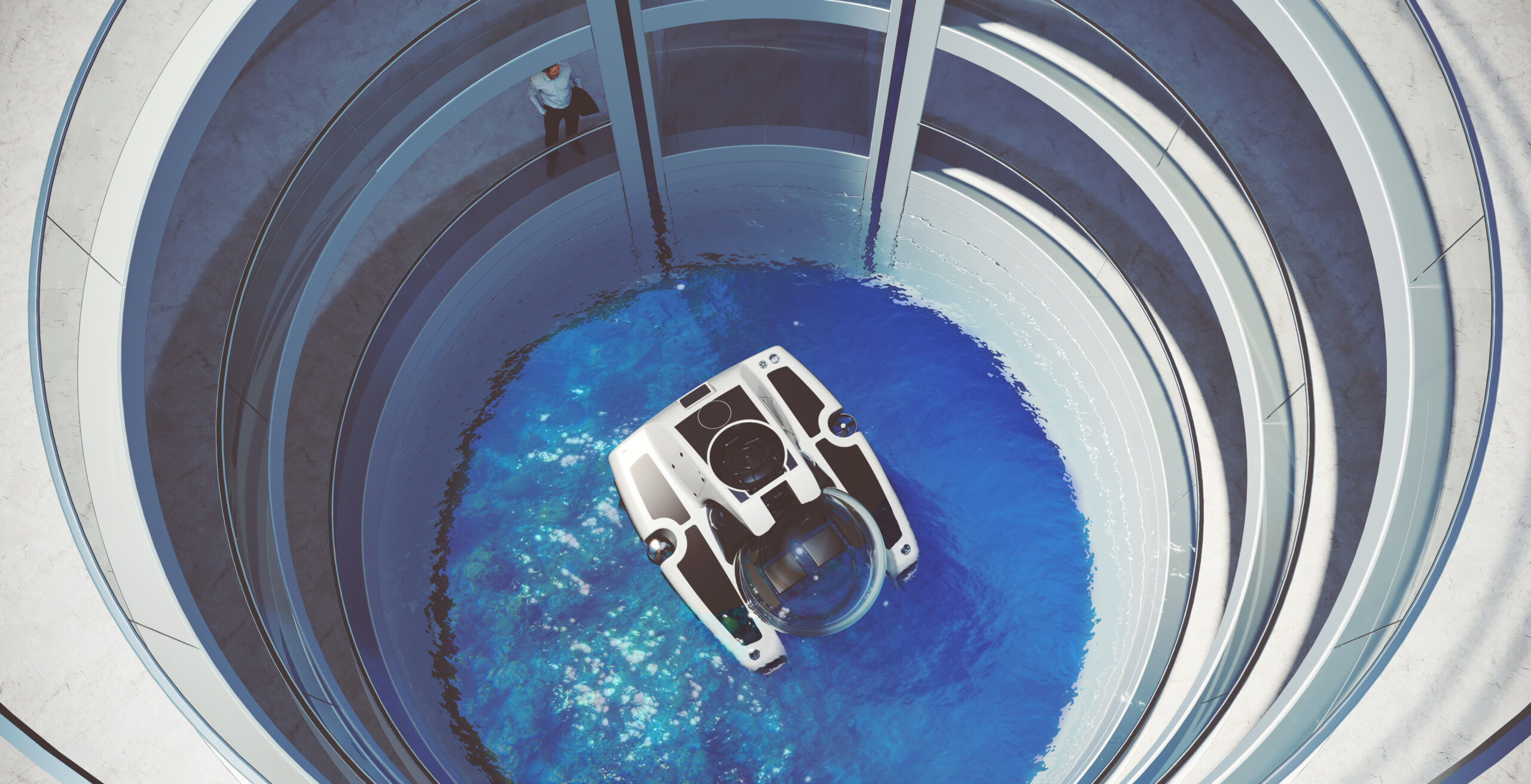 Passengers can enjoy the accompanying giant slide or take a panoramic glass elevator down to admire the view below the waves.

Meanwhile, the onboard garden and greenhouse provides a space to unwind. It’s where passengers can also make use of a wellness centre with a spa, sauna and massage room. 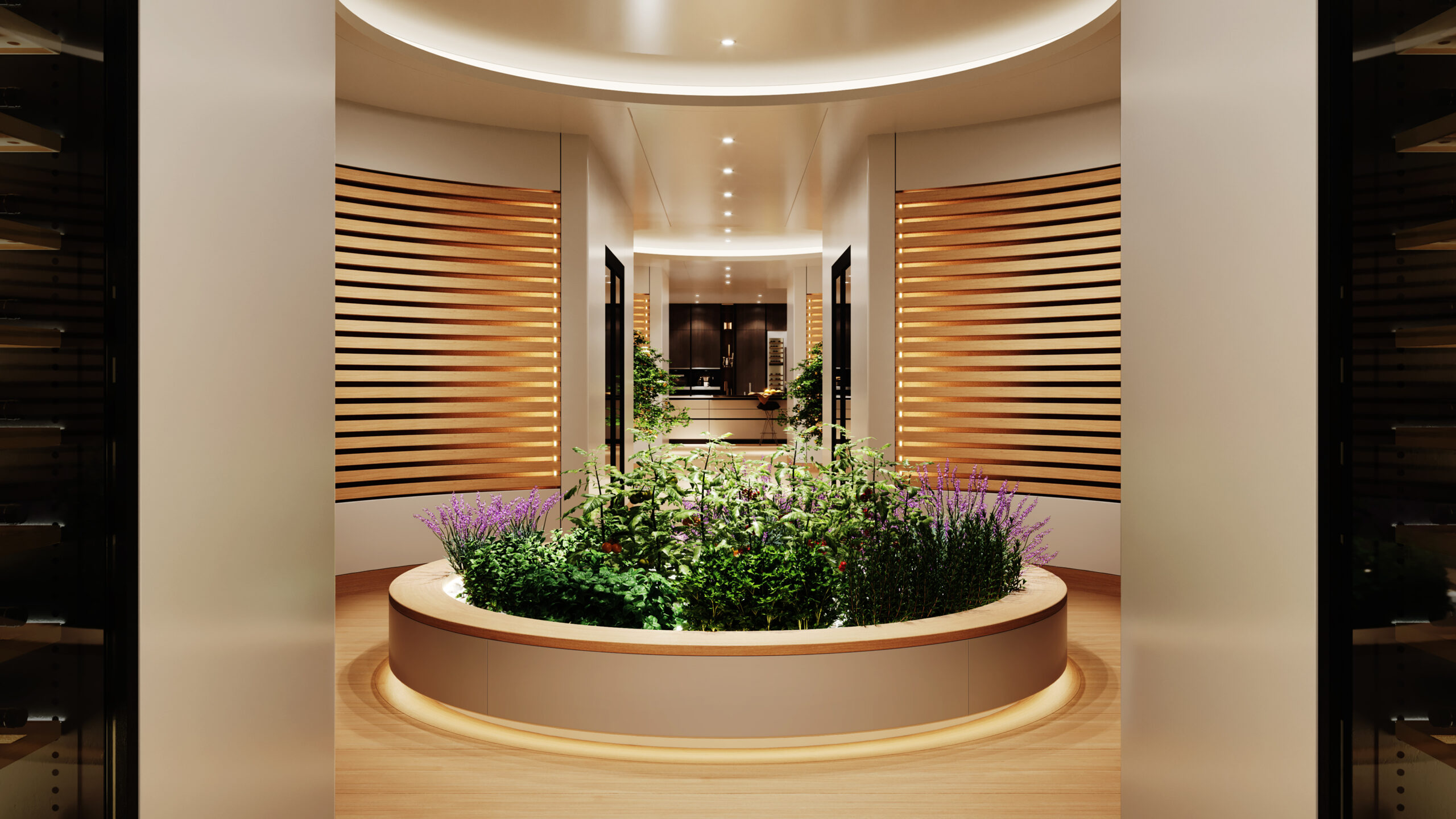 In terms of Escape’s eco-friendly credentials, the super yacht has 700 sqm of solar panelling – the first for a yacht of its size.

Feadship has also employed technology that reduces the yacht’s fuel consumption by 35 per cent, a hybrid propulsion engine system  – which combines mechanical and electric power – and a silent elective cruising feature.

Escape also has intelligent temperature-control technology that can pre-cool its air-conditioning intake with exhaust air and reheat air-conditioning air using waste heat from the yacht’s generators.