Why the pandemic has allowed domestic tourism in Kenya to flourish

Although Kenya reopened its borders to international tourists in August, Sadie Whitelocks finds that lower hotel rates as a consequence of the pandemic have allowed more local people the chance to be tourists in their own country.

I recently ventured to Kenya, after the nail-biting hurdle of getting a negative PCR test, and while there I witnessed how domestic tourism, like in many countries amid Covid-19, is flourishing, especially in out-of-town areas.

After landing in Nairobi, I spent a night at the five-star Hemingways resort in the leafy Karen district. It was very quiet at the hotel with just a few tables full at breakfast. But when I visited the hotel’s sister property in Watamu, on the Kenyan coast, I witnessed a completely different scene.

I thought the place would be empty but instead it seemed like business as usual, with restaurant tables full throughout the day and ecstatic children splashing in the swimming pools. But on talking to guests throughout my stay, I noticed a trend. The majority of the holidaymakers were from Nairobi.

One chap called Brian, an American expat living in the Kenyan capital, told me he would never have booked Hemingways in Watamu because it is normally too expensive and booked out. However, because of the Covid-19 pandemic – which has seen 45,076 confirmed cases in Kenya and just 839 deaths – he managed to take advantage of the reduced rates offered to Kenyan residents.

Brian said: “My friend and I also went to Hemingways’ safari camp in the Naboisho Conservancy. There were no tourists with big camera lenses and we were practically the only people staying there. It was wonderful and a really unique experience.”

Melinda Rees, who has worked in Kenya for nearly 30 years in the tourism sector and now acts as Hemingways Watamu’s operations manager, says that she thinks the shift in travel due to the pandemic has been surprisingly positive after initially fearing the consequences of “involuntary undertourism” (a term coined by Globetrender in its Travel in the Age of Covid-19 trend report).

She explained: “In a strange way, the pandemic has been good for Kenyans as with international travel restricted, a lot of Kenyans and holidaymakers from other parts of Africa have learned just how much this country offers for holidays.

“We have had a number of guests comment on the fact that they had no idea Kenya had such a gorgeous coastline with excellent hotels.” 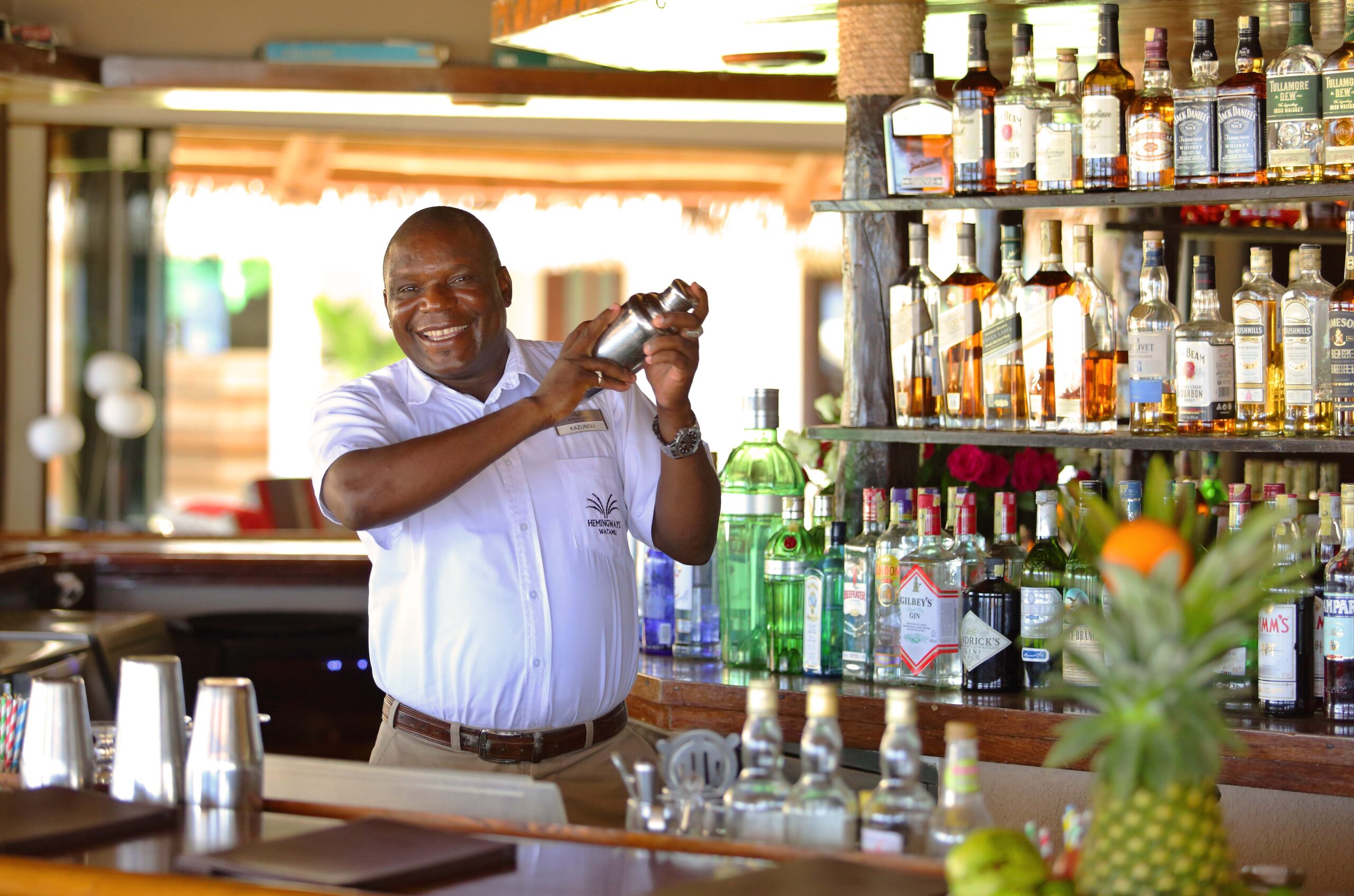 With more people at the hotel paying lower rates as Kenyan residents, Rees says the business needs to be careful on managing its costings to protect profits. But thankfully, the luxury hotel group has been able to protect staff and no layoffs have been made across its three properties.

One thing that has made up for the loss in takings has been the difference in tastes between local and international tourists. Rees explained: “In some ways it is less expensive to host many of our local guests because they have different preferences.

“Europeans often expect to see expensive seafood on the daily menus, with a la carte on offer, while many of our Kenyan guests are vegetarian and happy with local delicacies. This really helps to reduce food costs. So, this is just one example of how you can save in some areas of the hotel business without dropping standards.”

Admittedly, Hemingways – which has been going since 1988 – is a unique case and other businesses haven’t weathered the shift in tourism so well.

Initially, there were dozens of hotel closures in Kenya with some never to reopen. The tourism minister announced in June that the country had lost 80 billion shillings (US$752 million) in tourism revenue since the pandemic hit.

Casualties included the InterContinental Hotel in Nairobi, which announced its permanent closure in August and Serena Hotels, which operates upscale properties in East Africa, southern Africa and South Asia, sending its entire staff in Kenya on unpaid leave in June.

Hemingways initially closed its properties for three months while it navigated the pandemic. It reopened in June with safety measures in place and new rules, including earlier closing hours for its restaurants and bars and masks worn in communal spaces.

Along with job losses and a bruised economy, another negative from the pandemic in Africa has been an increase in poaching. Poachers have been encroaching on land, now devoid of visitors and safari guides, and donations to anti-poaching organisations have slowed down.

However, Rees said the rise in poaching has not been so much of a problem in Kenya as the conservancies are generally community owned by the Masai and they continue to protect these remote areas.

She added: “For instance at our Hemingways safari camp the community who owns the land is interested in the long-term profitability and want to protect the wildlife. It still receives income from domestic visitors too.

“I know it has been more of an issue in areas where the conservancies are owned by a private companies or individuals and the surrounding communities do not see as much as a benefit from the safari camp. In Kenya, this setup or scenario is not very common.”

There’s no doubt that tourism has been hit hard in Kenya, but I was impressed to see how Hemingways has adapted to the situation, catering to a new market.

In a bid to help the tourism industry get back on its feet, the Kenyan government has set aside 500 million Kenyan shillings (US$4.7 million) to help with the recovery post-pandemic.

Let’s hope that “Magical Kenya”, a slogan used by the tourism board, retains its magic and its flora and fauna will be enjoyed by the world over when things allow.

For now, Kenyans are revelling in their country’s own beauty, with fewer long camera lenses and expensive seafood-loving Europeans to contend with.