Made with 11km of copper thread, Vollebak’s Full Metal Jacket is designed to protect wearers from diseases such as Covid-19 thanks to the metal’s natural anti-microbial properties. Erica Jamieson reports

The outer shell of the Full Metal Jacket is made from three layers of lacquered copper yarn (representing 65 per cent of the whole garment), which provides a “biostatic” layer that kills bacteria and viruses upon contact.

Vollebak says: “Copper is biostatic, which means that bacteria and other life forms will not grow on it. It also has exceptional antimicrobial properties with bacteria and viruses dying as they make contact with it: the copper releases electrically charged ions which first make it difficult for microbes to breathe, before punching holes in its outer membrane, moving in and completely wiping out its DNA, preventing it from developing any future resistance.”

Research from the US and Greece even suggests that copper may produce a “halo effect”, potentially reducing bacteria by 70 per cent, even up to 50cm away. 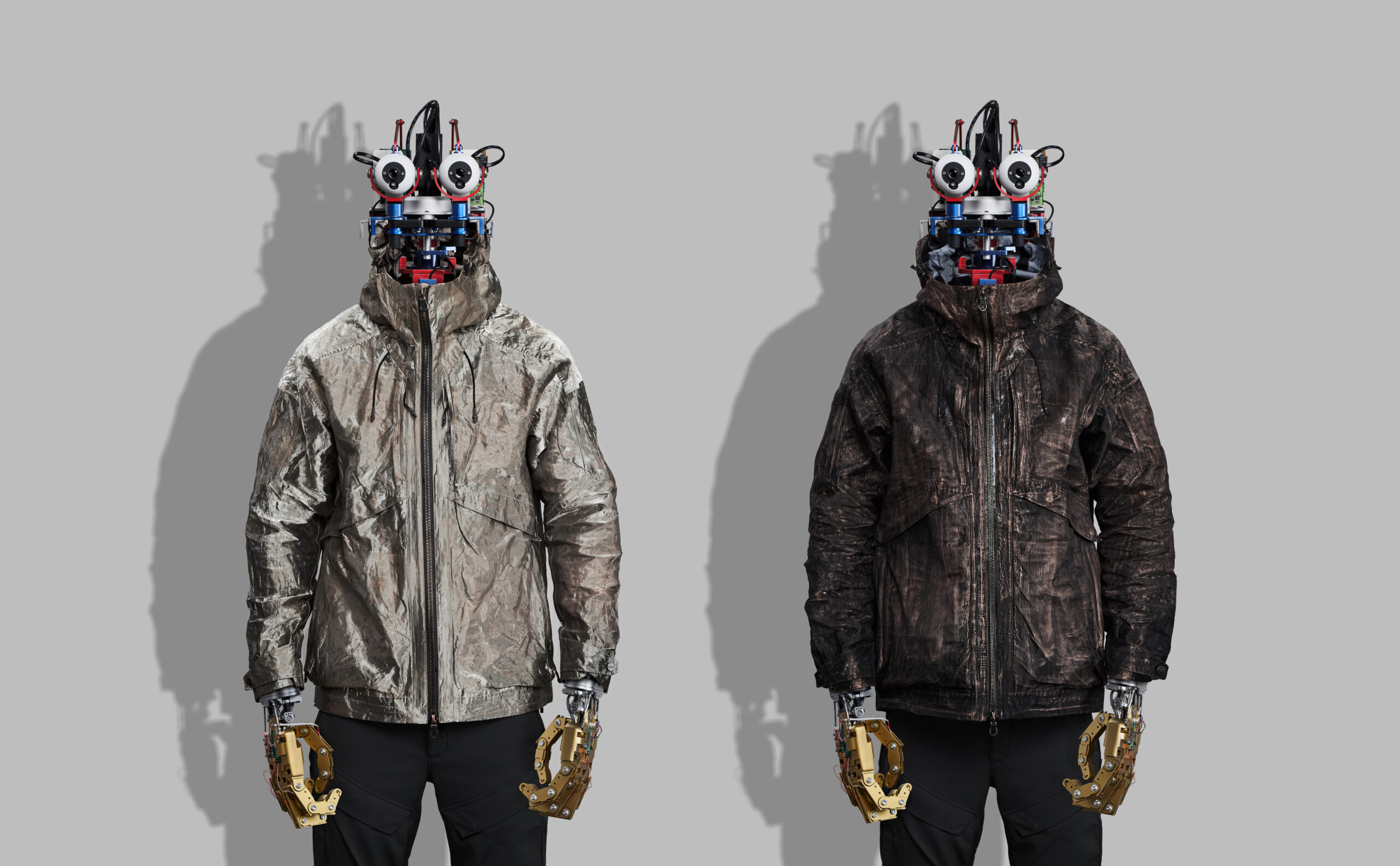 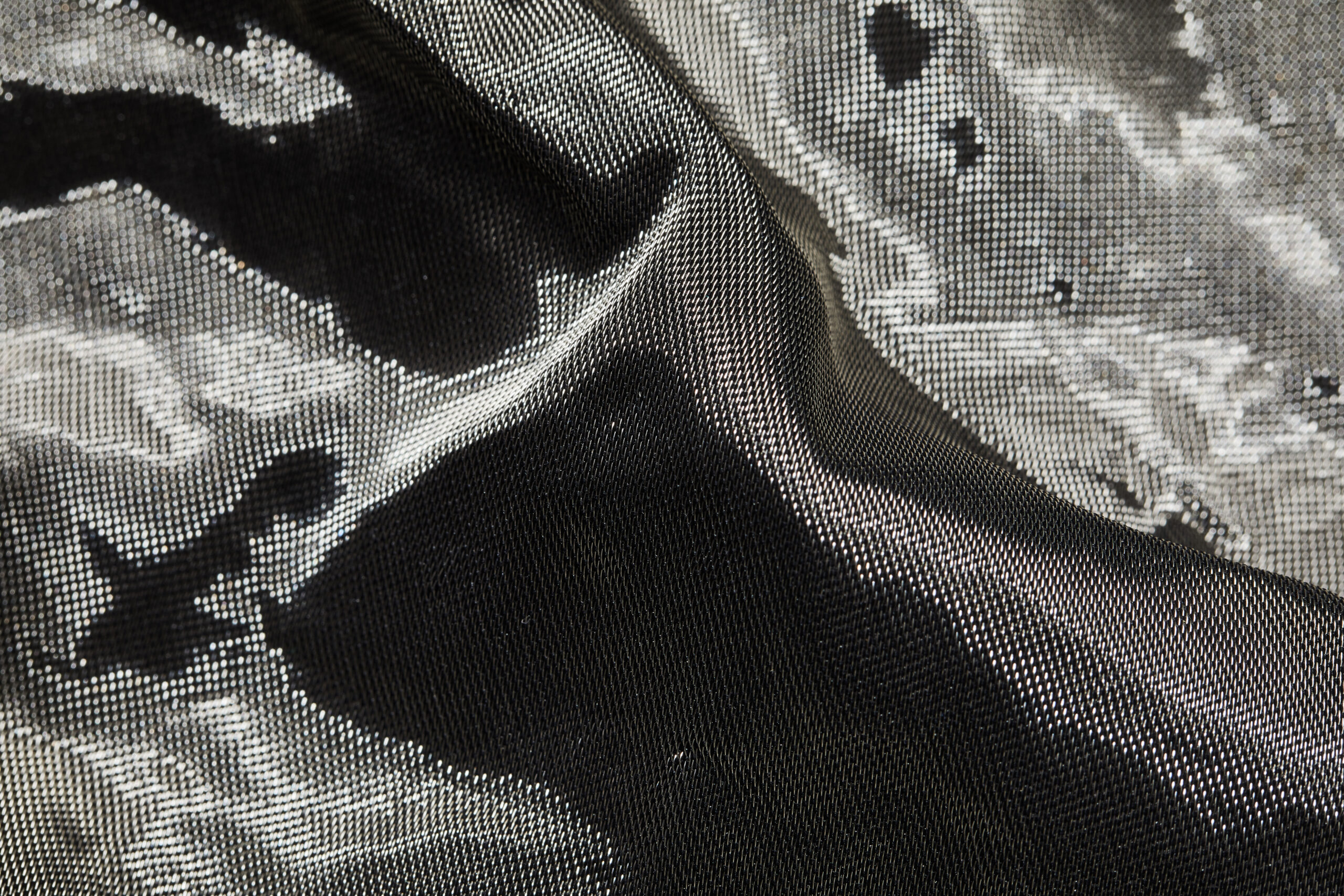 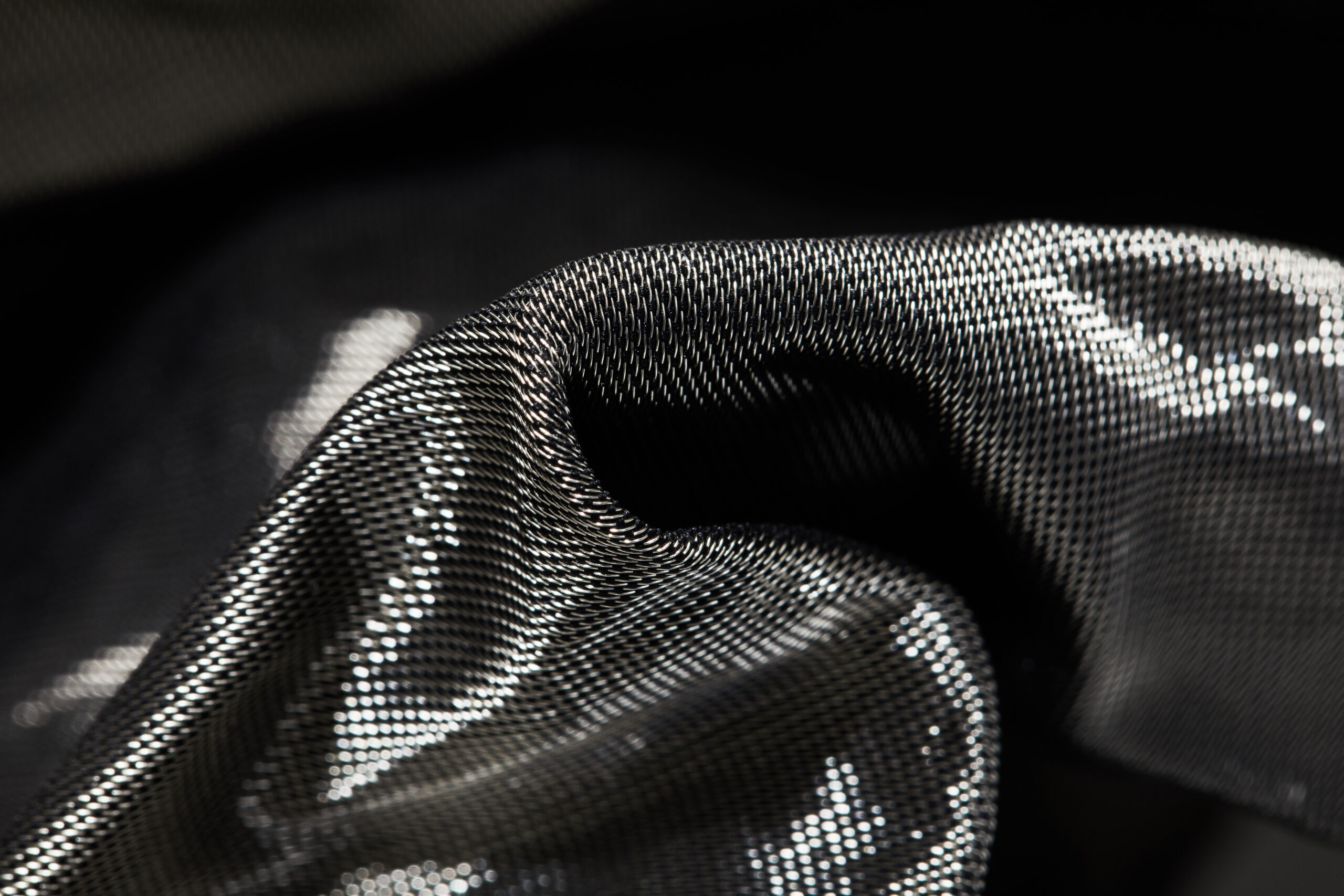 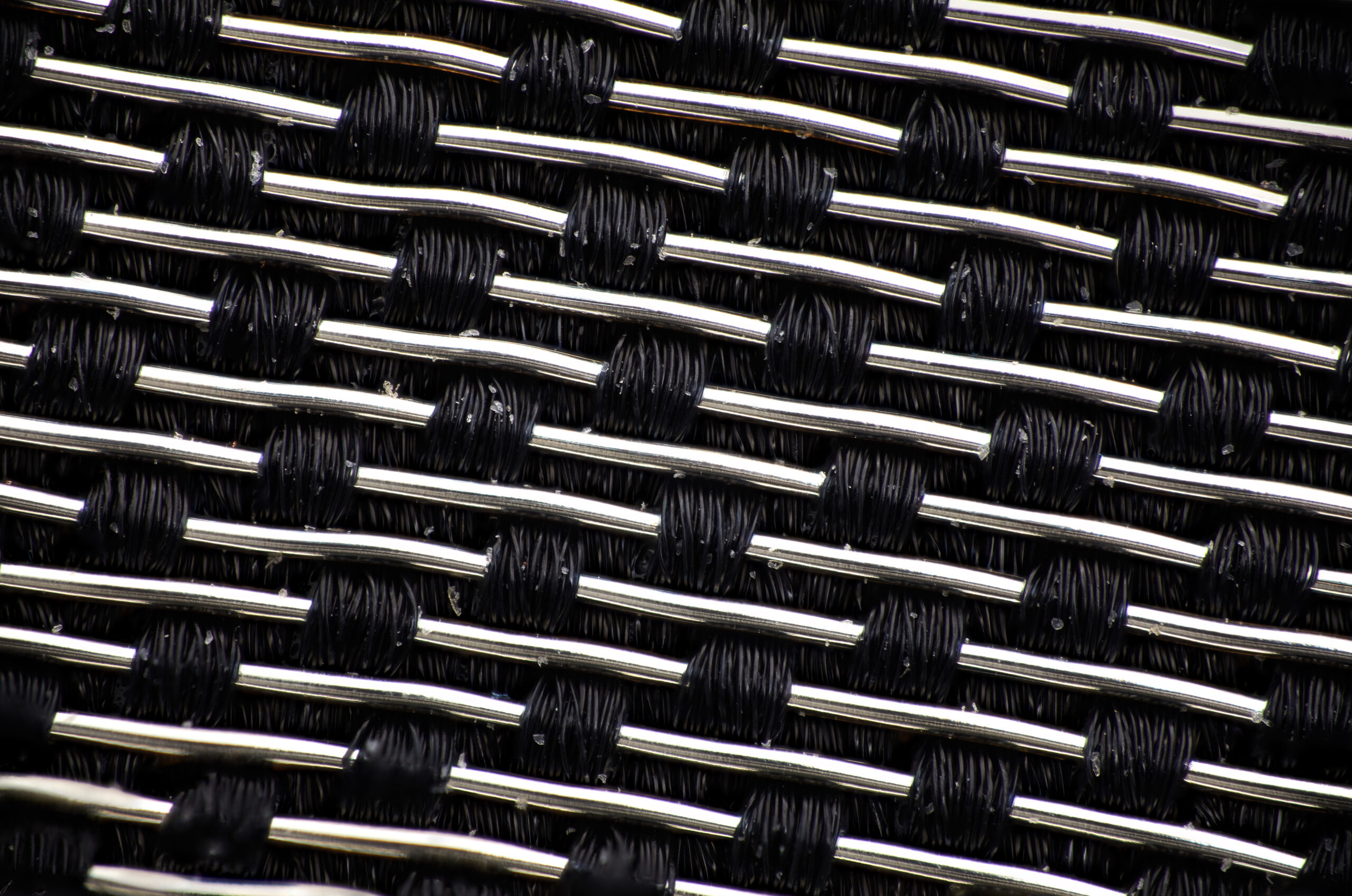 While Vollebak had been exploring textiles that would protect against disease before the pandemic, a new urgency has turbo-boosted the brand’s efforts in recent months.

“As we enter a new era of disease, the Earth heats up, and fires and floods sweep across countries, we’re radically under-prepared as a species for the speed at which change is taking place,” explains Vollebak co-founder Steve Tidball.

“With normality shifting beneath us, our survival systems need to adapt – from emergency planning and infrastructure, to our architecture and clothing. 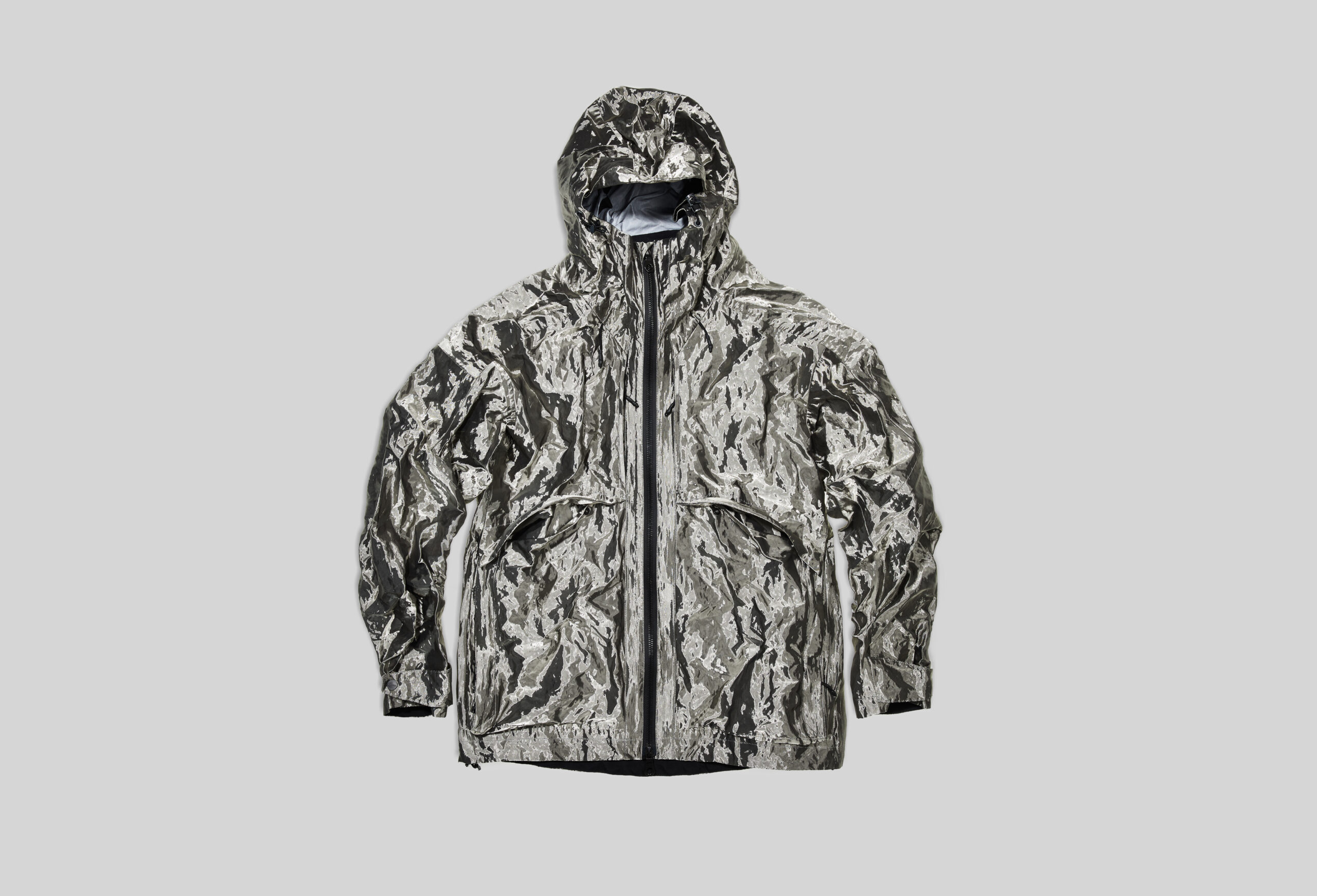 “So we’re doubling down on our mission to design clothing for the needs of the next century rather than the next season. Disease resistance will become a requirement of clothing in the future, and that’s why we’re starting to work with copper now,” he adds.

The jacket is soft, light, highly waterproof and comfortable, with a fleece lining. Large front pockets are designed to accommodate tools or an iPad. Over the jacket’s life, the material will wear like denim, allowing the copper colour to shine through. 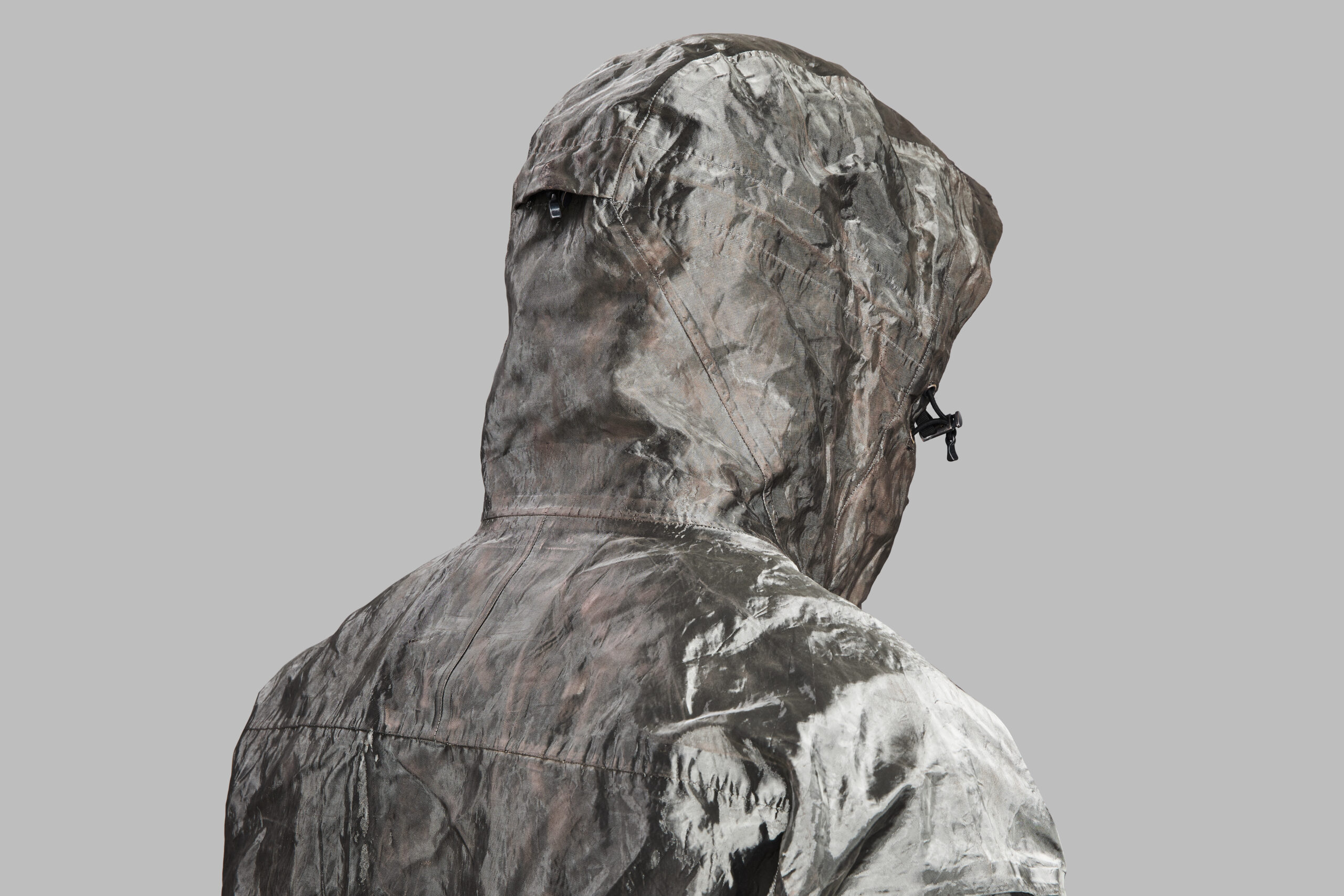 The copper itself is laminated with a membrane called “Schoeller c_change”, which adapts to changing weather conditions. As temperatures rise, the membrane opens to allow sweat and excess heat to escape, while remaining fully waterproof from the outside. In the cold, it contracts, making a protective barrier to keep the wearer warm. 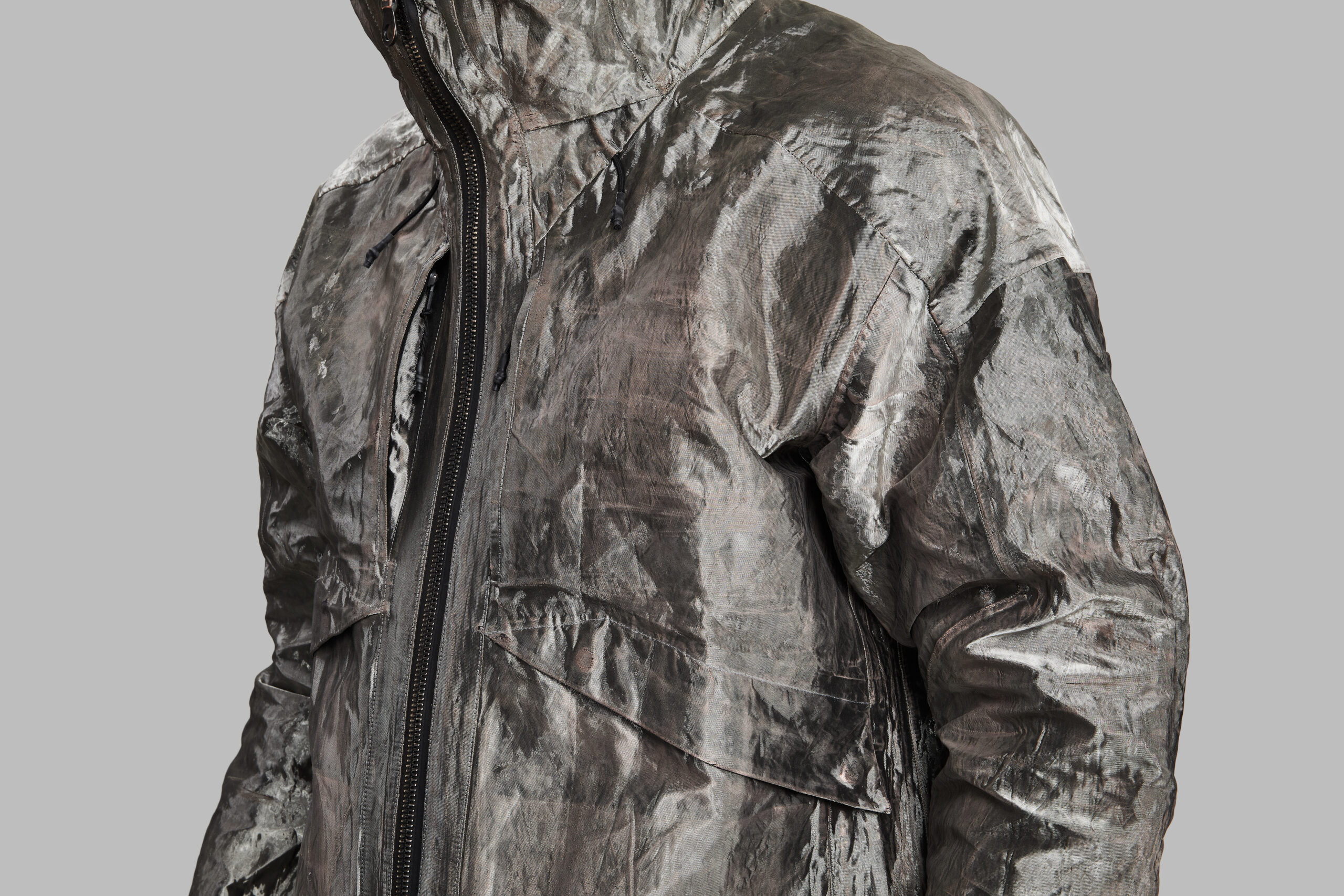 Vollebak has a history of making clothing from some of the most cutting-edge materials on Earth. It has created the world’s first jacket made from graphene and a T shirt made entirely from plants and algae.

It has worked with the world’s strongest fibre, Dyneema Black, as well as carbon fibre, ceramics, glass and bioluminescent material. Vollebak says: “Making the world’s most resilient, intelligent and adaptable clothing means we often end up re-engineering materials that started life being used for radically different things. And copper is the next material in our journey.”

Priced at £859 and available in black and silver, the Full Metal Jacket may not be cheap but it is certainly revolutionary. Vollebak thinks technology like this could be used by astronauts in space. (The garment’s copper exoskeleton is built to protect the immune system beyond the earth’s atmosphere while providing a fully conductive surface for heat and electricity.)

Vollebak has also created the Deep Sleep Cocoon jacket, which is designed for sleeping in space.