The Como Uma Canggu and Como Shambhala Estate in Bali have teamed up with professional surfer, Sally Fitzgibbons, who is currently ranked third in the Women’s World Surf League, to launch their first all-female surf and wellness retreat.

It comes at a time when solo travel among Gen Z women has increase 88 per cent over the last four years, and the sport will be featured in the Olympic Games for the first time next year.

The first retreat will run from November 2 to 9. Guests will spend four nights at Como Uma Canggu followed by three nights at Como Shambhala Estate, where they will spend time on the shores of Canggu beach being taught how to catch waves.

Como says that Canggu appeals to surfers of all levels of experience, who are drawn by the year-round consistency of the surf breaks.

The retreat includes surfing classes for both beginners and intermediates run by expert instructors from Como’s surf partner, Tropicsurf, with added instruction from Fitzgibbons.

At Como Shambhala Estate, pranayama sessions, therapeutic massages, yoga and Pilates are by high-intensity outdoor activities such as a mountain biking tours and sunrise ascents up Bali’s famous Mount Batur.

Como says the Surf and Wellness Retreat has been designed “as a celebration of women’s strength and ability, intended to inspire a path towards positive change”.

Ram Hiral, general manager of Como Shambhala Estate, says: “The new all-women surf and wellness retreat in Bali is the first of many the group are creating for like-minded individuals and groups, looking to be empowered by other females.” 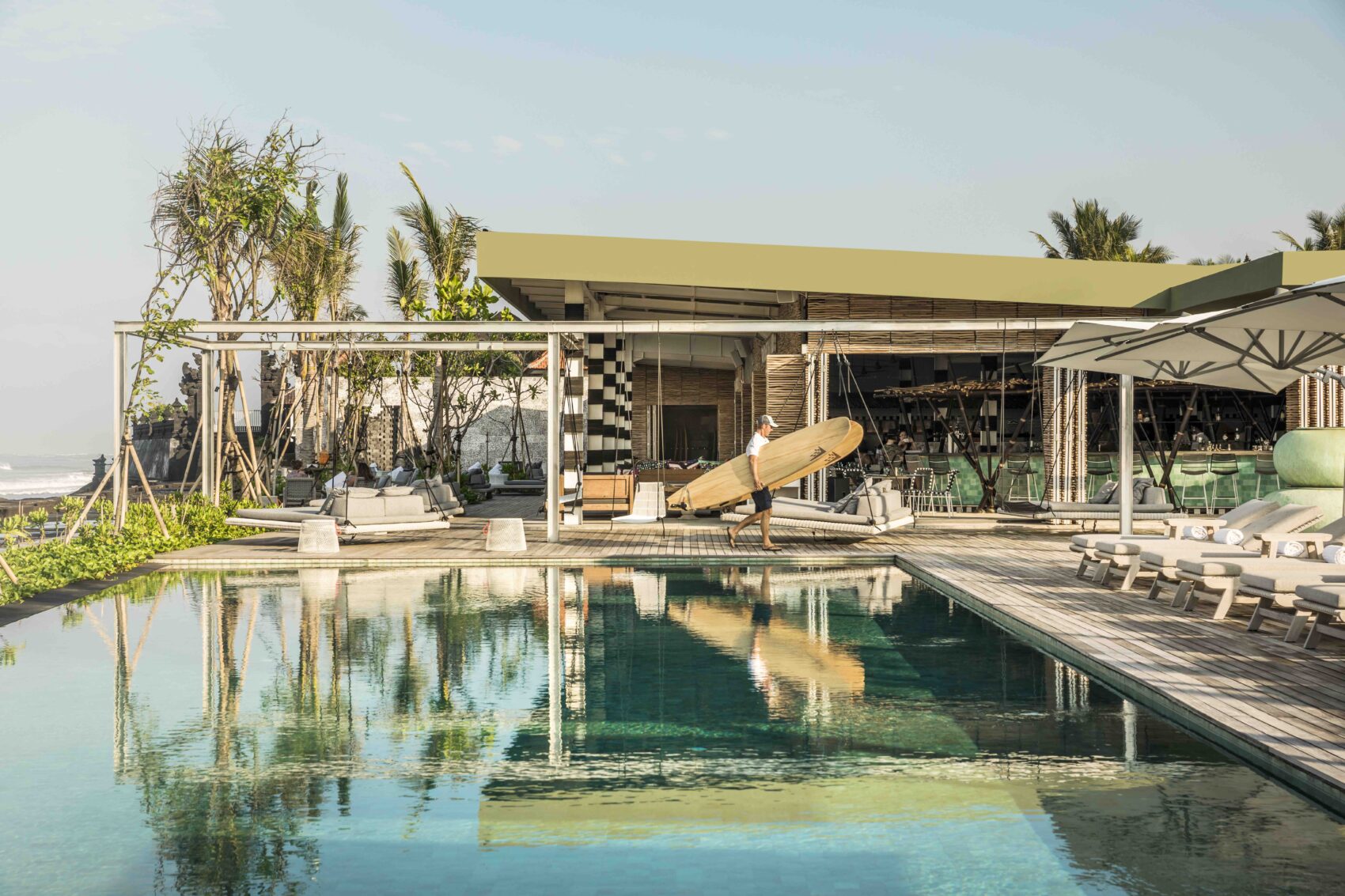 The future of surf tourism

Surfing will be making its debut as a sport in Tokyo’s 2020 Olympic Games, which will likely inspire greater numbers of people to either take it up or practice harder. As only a small percentage of people live on coastlines that allow for surfing, surf tourism to destinations such as Hawaii, Portugal, Costa Rica and Mexico will grow in popularity.

According to the CBI Ministry of Foreign Affairs: “Surf tourism is a growing market, consisting of wave surfing, wind surfing and kite surfing. Europe is an important source market, with especially good opportunities in western European countries. The popularity of surfing is set to rise further, as women are becoming increasingly interested. Wave pools are making surfing accessible inland as well, while the Olympics provide additional exposure.”

It adds: “Contrary to the stereotype, the average surf traveller is in their (early) 30s, well-educated and high-spending. Although the majority are men, women surf too. In addition, most surfers travel in groups of family and/or friends that include women.”