The kit comes in the form of a lightweight table-top that supports a vertical screen in either translucent thermoplastic or thermo-formed foam, with a cleanable leather trim.

The unit is then slotted on to the empty seat (either a middle seat or aisle seat if a couple is sitting next to each other) and supported by the armrests, while being belted in position. 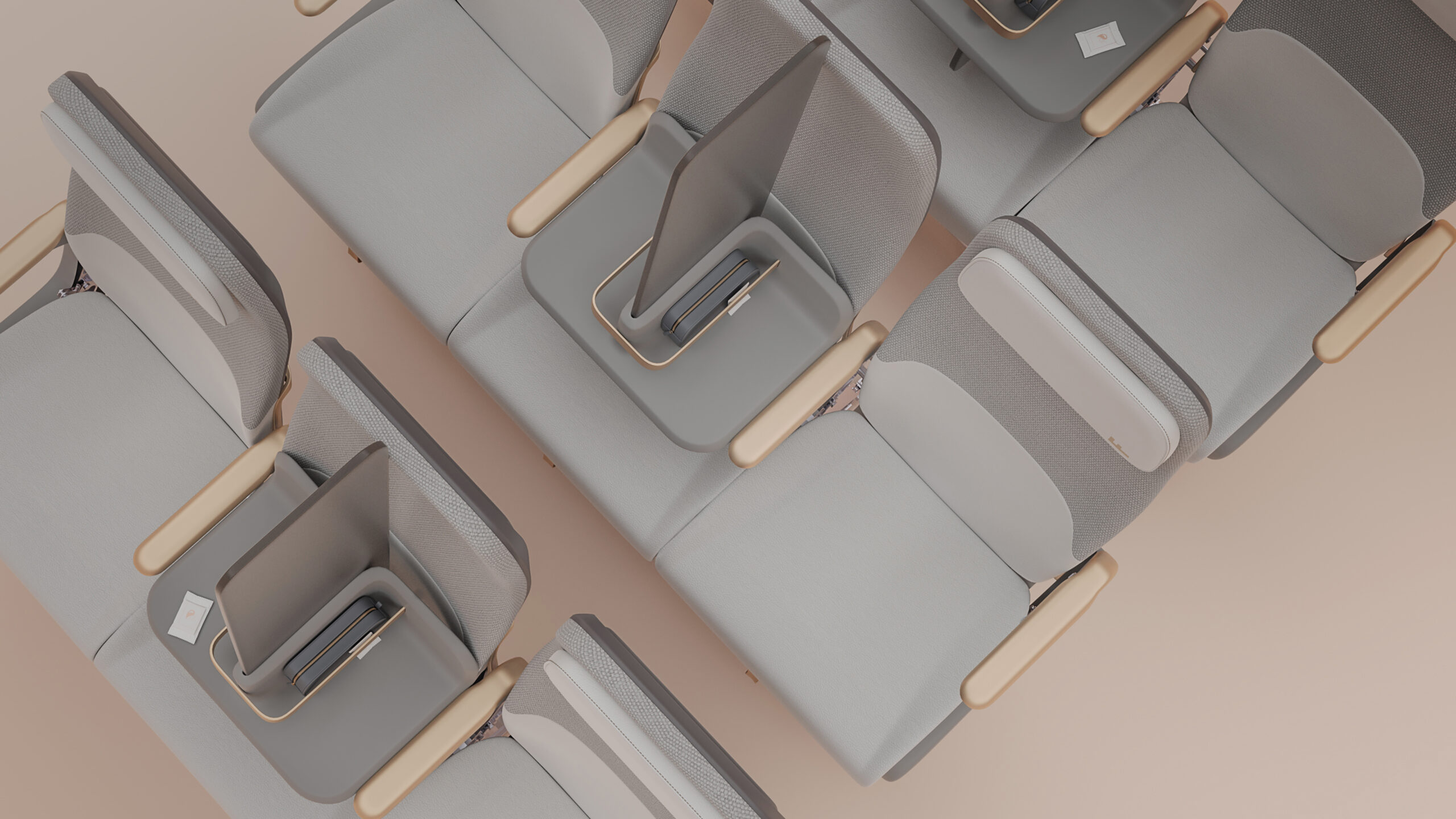 All surfaces are designed to avoid trapping germs and be easy cleaned, although there is a slot for a personal amenity kit with a mask, hand sanitiser and disinfectant wipes.

The Isolate Screen Kit disassembles easily for storage and can be fitted to any seat in order to facilitate people who want to be screened from the aisle. It can also be retrofitted to existing economy seats in both single-aisle and twin-aisle aircraft. 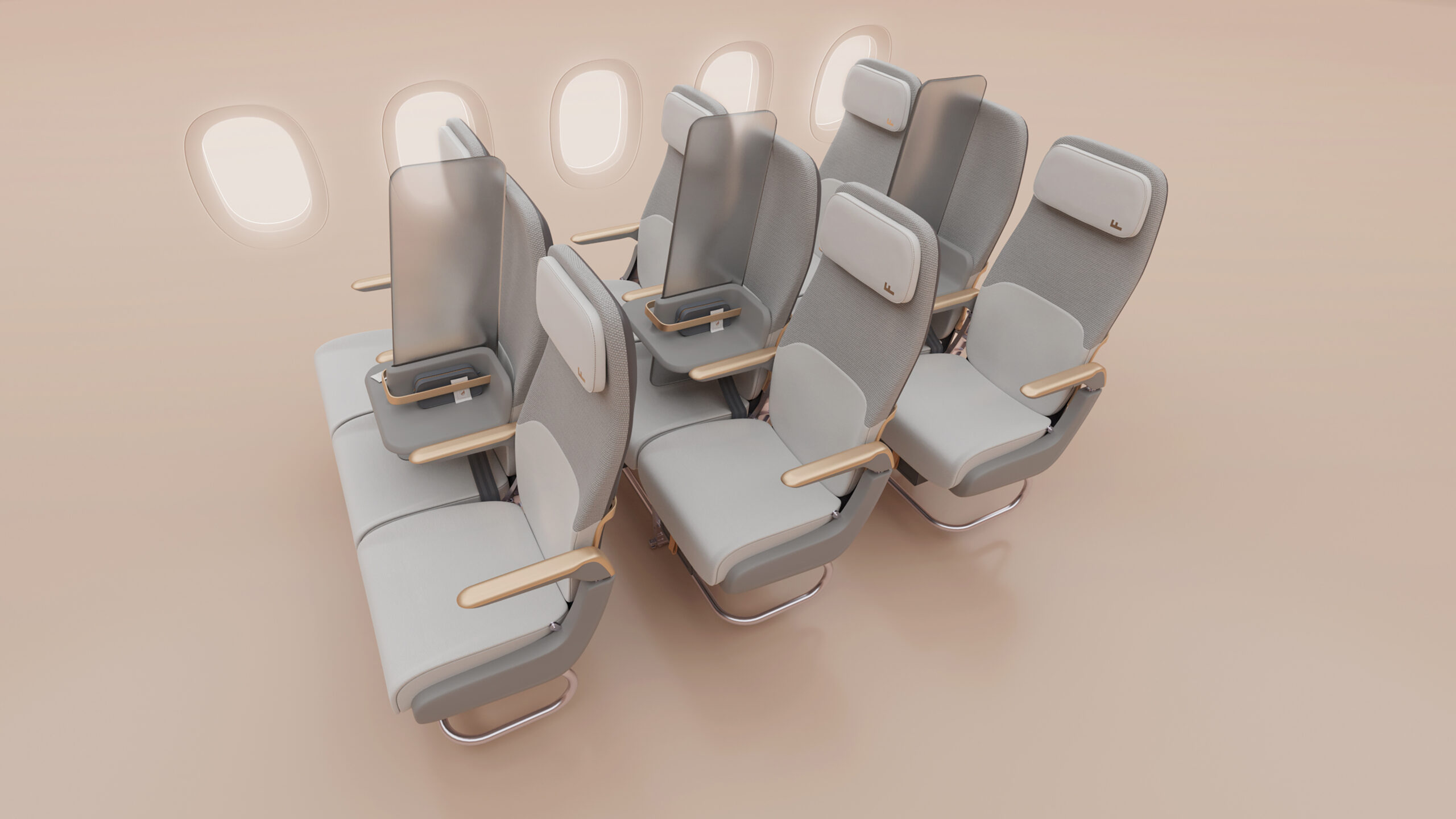 Factorydesign says: “Future passengers will place even greater value on personal space than ever before, not simply from a comfort perspective, but from a health and safety standpoint. 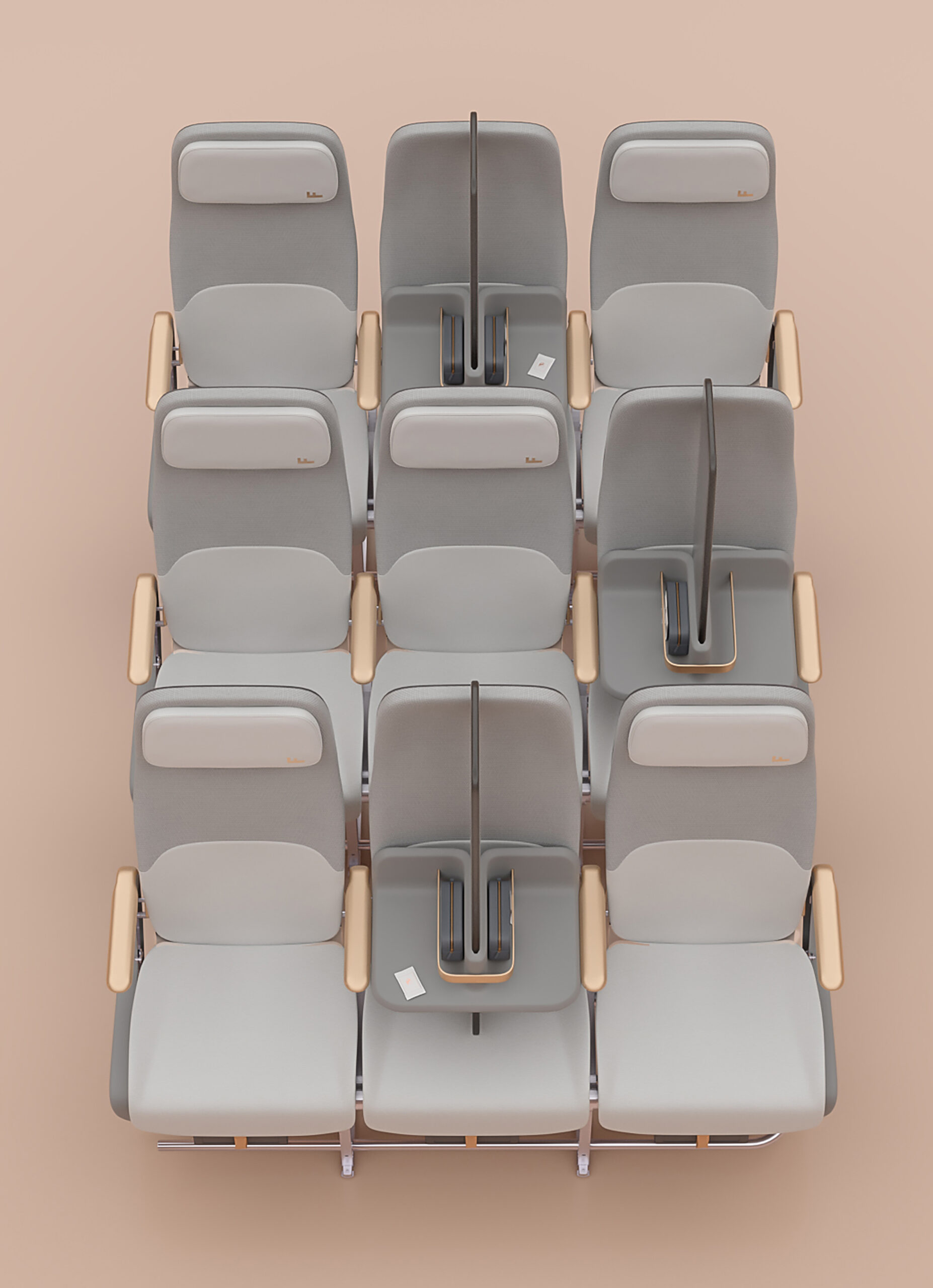 “Airlines will need to adapt their cabins in order to tempt customers back and reassure them that their health is protected whilst on board. Reduced passenger loads will free-up opportunities to adapt existing cabins to address this new normal in the short to medium term.”

When might we see the seat dividers installed on planes? A spokesperson told Globetrender: “With the right partners – airline, certification team, manufacturer – we believe this could be available within three or four months.” 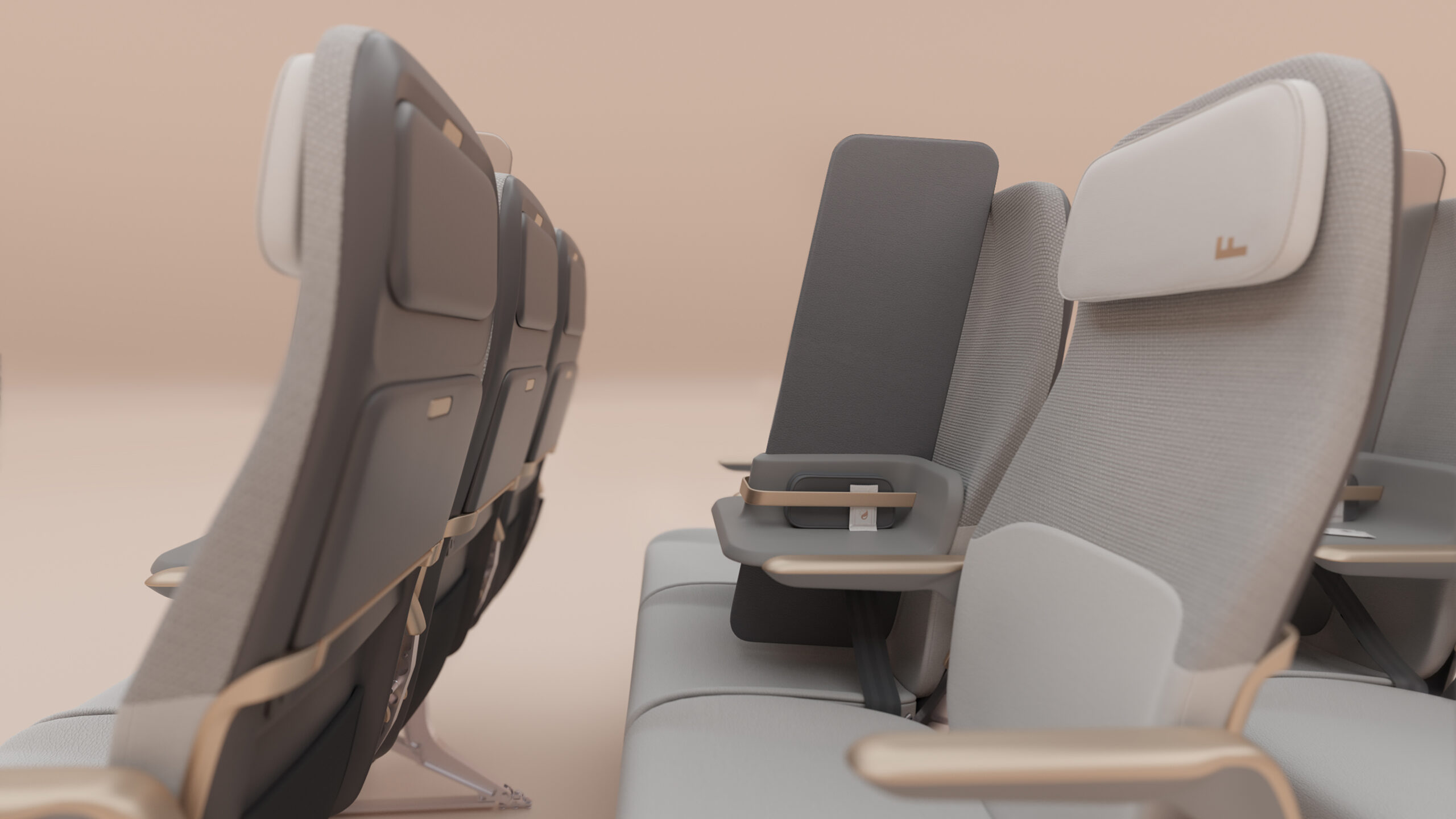 Although social distancing on the ground is going to be the norm for some time, there is some debate about whether airlines will attempt to uphold it in the air.

It has been proposed that middle seats are to be blocked out to reduce the spread of infection but this is not a measure the International Air Transport Association (IATA) believes will be effective. Plus it will mean a significant loss of potential revenue for already struggling carriers.

IATA says: “Calls for social distancing measures on aircraft would fundamentally shift the economics of aviation by slashing the maximum load factor to 62 per cent. That is well below the average industry breakeven load factor of 77 per cent.

“With fewer seats to sell, unit costs would rise sharply. Compared to 2019, air fares would need to go up dramatically – between 43 per cent and 54 per cent depending on the region – just to break even.”

Alexandre de Juniac, IATA’s director general and CEO, adds: “Evidence suggests that the risk of transmission on board aircraft is low. Mask-wearing by passengers and crew will reduce the already low risk, while avoiding the dramatic cost increases to air travel that onboard social distancing measures would bring.”

Ryanair, Easyjet and Qantas are just three airlines that have said they won’t be blocking out seats in the air, and it’s likely that they will set the trend. The Factorydesign concept could still be useful, though, for passengers willing to pay more for added space, just in the way they do for legroom in premium economy and in short-haul business class when middle seats aren’t sold.

Could this be the start of a new kind of “isolation” class ticket type?

Factorydesign is a west London based design consultancy specialising in aviation and product design, airline seating and cabin interiors.