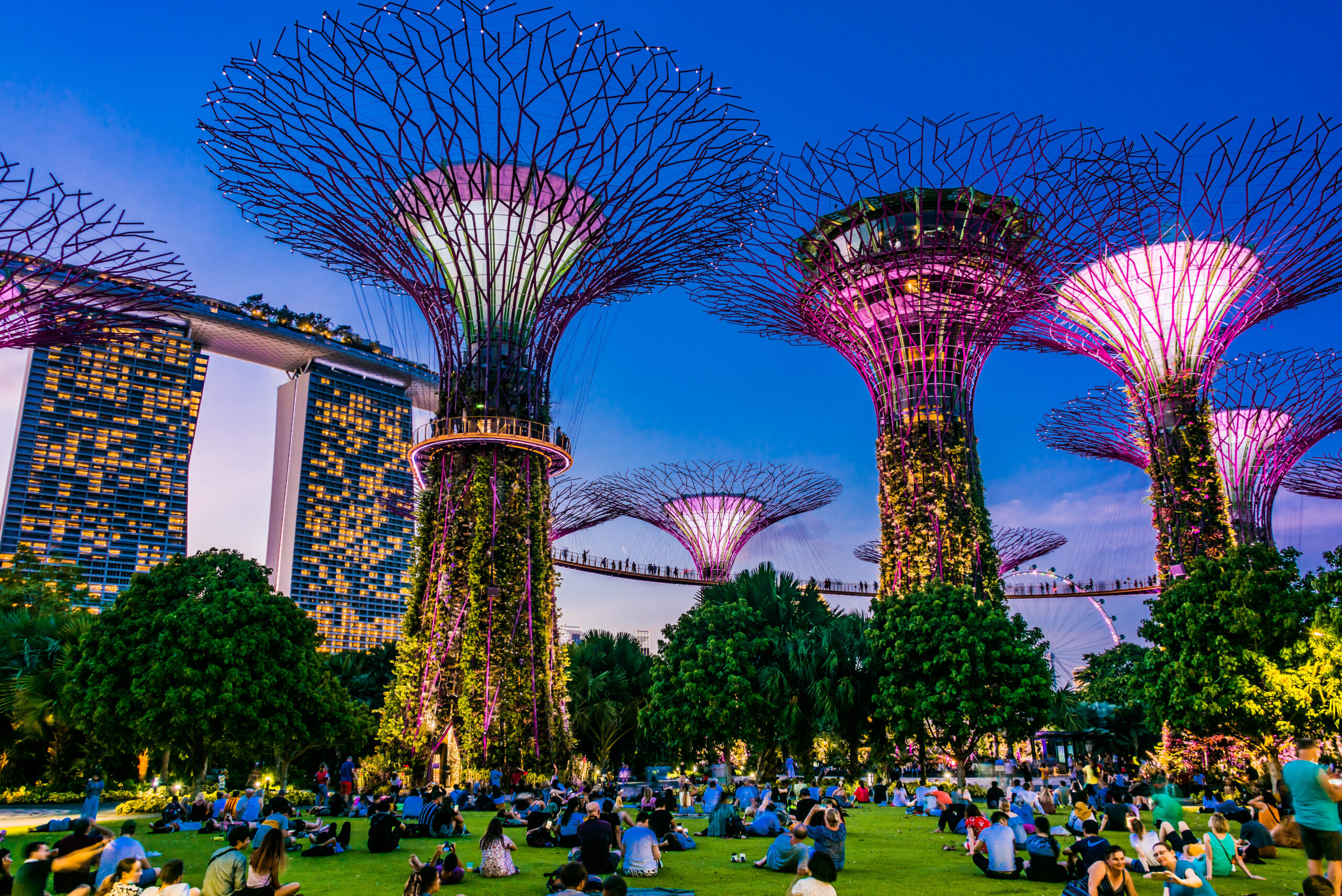 Authorities in Singapore have deployed a fleet of robots to monitor public spaces, reminding residents to keep their distance from one another and to refrain from loitering. Erica Jamieson reports

Developed by local technology company Otsaw, the fully autonomous, four-wheeled O-R3 robot is being used in a number of the city’s parks, and comes equipped with sensors and wraparound cameras that record and send data to the authorities in real time, although a government spokesman has said the robot would not be used for enforcement.

“The robot patrols the reservoir and broadcasts messages in four languages, reminding visitors to refrain from gathering or loitering at the reservoir parks and to adhere to safe-distancing requirements.”

Boston Dynamics’ dog-like robot, Spot, is another machine being used in Singapore to patrol city parks. While “on the beat”, a pre-recorded message says: “Let’s keep Singapore healthy. For your own safety, and for those around you, please stand at least one meter apart. Thank you.”

Ordinarily used for construction site inspections, the yellow and black robot can travel up to three mph over uneven terrain, detect obstacles, get up after falling, climb stairs, and even fetch its user a drink.

In the park, 360-degree cameras are used to estimate the number of visitors, although Singapore’s National Parks Board says it won’t collect personal data or identify individuals. Spot is always accompanied by a park ranger and is remote controlled.

In addition to park patrols, Singapore authorities are using Spot to take medicine to patients at a local isolation facility.

Further afield, Spot and other robots are being used for coronavirus-related tasks to help limit employee exposure to the virus and to monitor the public during lockdown.

In Boston, Spot has been fitted with an iPad to screen patients outside the entrance to Brigham and Women’s Hospital, protecting medical staff and conserving PPE.

“Originally, we were just talking to them [the patients] without there having to be a health worker there,” says founder of Boston Dynamics Marc Raibert to CNBC.

“Now we’re making vital measurements like respiration rate, body temperature. We’re working on oxygenation and heart rate, all that can be done without contact, even with a robot.”

Despite its early success in tracking and containing the virus, Singapore’s confirmed coronavirus cases have grown from just 266 in mid-March to over 29,000 cases as of late May.

Residents are only allowed to leave their homes for essential tasks, such as grocery shopping, medical visits and exercise, until June. Although beaches and car parks at nature reserves are closed, parks remain crowded.

Meanwhile, in parts of China, robots are being used to administer disinfectant in hospitals and deliver medical equipment, while drones are being adopted in the US and Greece to direct citizens away from public spaces such as beaches and to discourage gatherings.

In Guangzhou, 5G patrol robots are being deployed in airports and shopping malls to monitor mask-wearing, while infrared thermometers are used to measure temperatures. In Tunisia, residents who leave their homes during lockdown must show ID and explain why they are on the streets to a police robot known as “PGuard”.