Proving once again that Airbnb is at the forefront of travel innovation, the company has announced a partnership with home DNA testing service 23andMe. In doing so, it is inspiring a new trend for ancestry travel, whereby people go to the places their ancestors are from according to genetic results. By Jenny Southan

Globetrender first predicted ancestry travel would be big in 2016, after I experimented with taking a number of home DNA tests that were on the market, including 23andMe. (All you have to do is post a saliva sample back to their labs and a couple of months later you get the results.)

At the time, I wrote: “I recently submitted DNA in the form of a saliva sample to be tested by 23andMe. Its website reads: ‘Ancestry composition tells you what percentage of your DNA comes from each of 31 populations worldwide. This analysis includes DNA you received from all of your recent ancestors, on both sides of your family. The results reflect where your ancestors lived before the widespread migrations of the past few hundred years.’

“I am British but was surprised to discover that I am also 16 per cent French/German, 3 per cent Scandinavian and 1 per cent Sardinian. I told my mother and she laughed, saying: ‘No wonder your father pines for the fjords – I always said he looked like he had some Viking in him.’ I almost immediately had the desire to book a trip to Norway or Sweden, and see how at home I felt.” It turns out, I am not the only one. 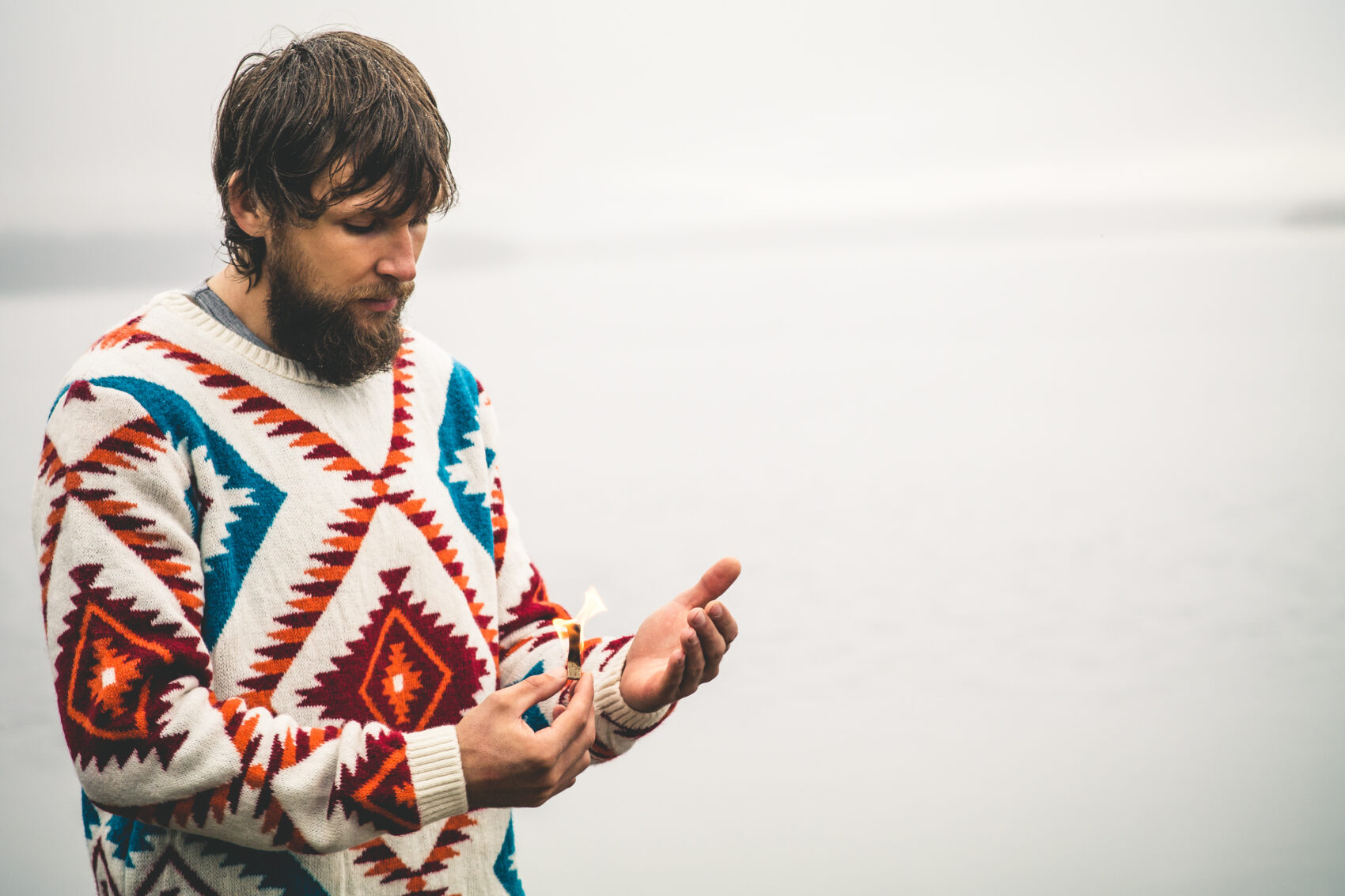 Since 2014, there has been a 500 per cent increase in travellers using Airbnb in their search for where they are from. The company says that 78 per cent of these trips are taken as couples or alone, suggesting that these are “introspective journeys or an important moment to share with a significant other”.

According to an April 2019 study commissioned by Airbnb of 8,000 people across the US, Mexico, Argentina, Brazil, India, France, the UK and Australia – 89 per cent of respondents in India have travelled to at least one country of their ancestry as well as 69 per cent in France and more than 50 per cent of Americans.

Compared to five years ago, 66 per cent of respondents in Brazil said they are more likely to travel to their place of heritage.

Additionally, people in Australia, India, the UK and Brazil said that visiting a place connected with their DNA was the most important consideration when planning their next vacation.

Meanwhile, 83 per cent of people in Argentina said that they considered heritage trips to be more valuable than a normal vacation.

How will the 23andMe and Airbnb partnership work? 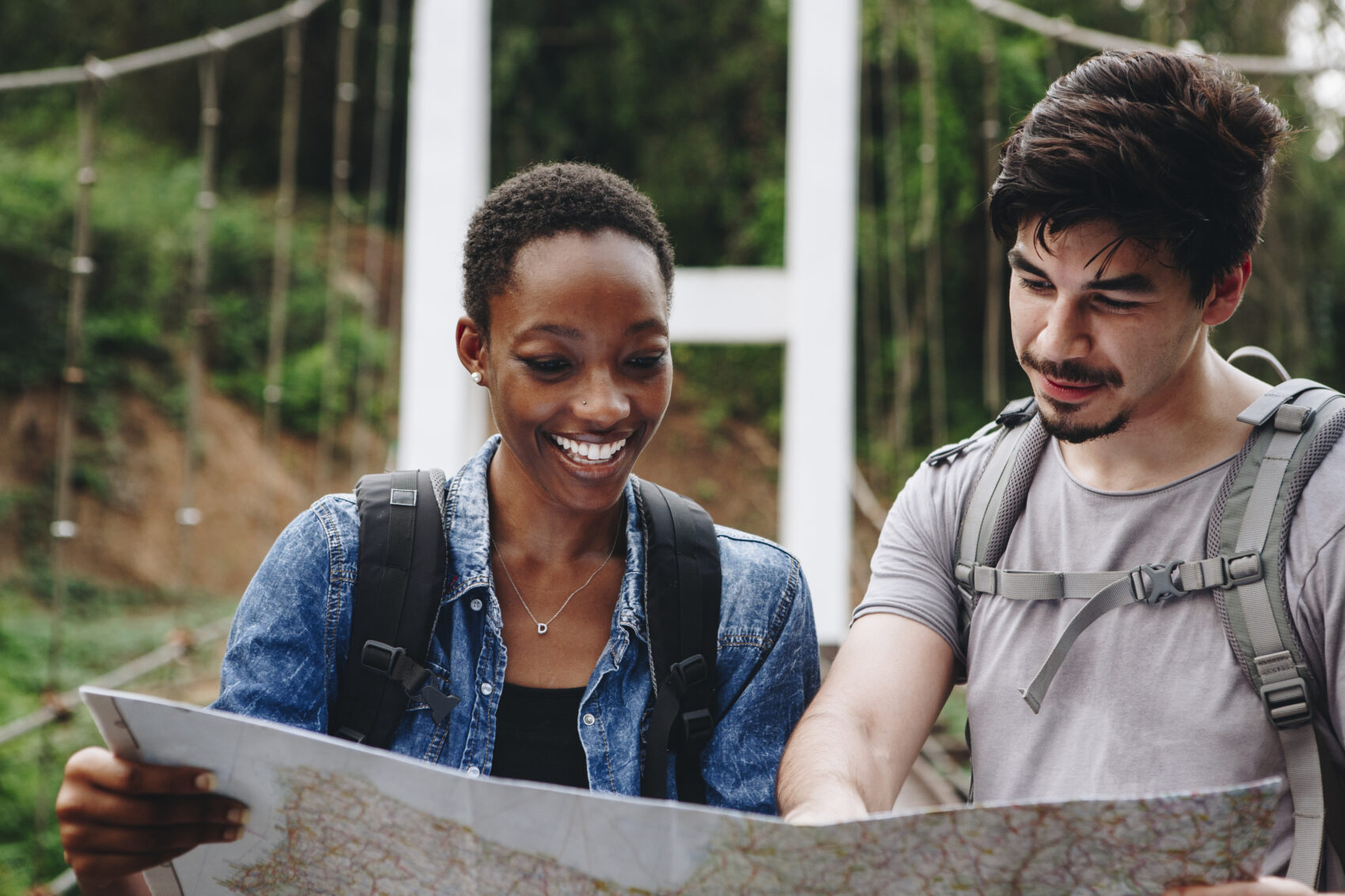 Airbnb now has dedicated pages that correspond with 23andMe’s genetic populations (Sub-Saharan Africa, Caribbean and East Asia, for example), so that travellers coming to Airbnb’s site will be able to easily plan an end-to-end heritage trip. There is also a link that takes them to 23andMe so they can buy a home test kit.

Learning about where your ancestors are from is a key reason people take at-home genetic tests such as 23andMe, MyHeritage, AncestryDNA and FindMyPast – in fact, according to survey data from 23andMe, 53 per cent of buyers of genetic kits say they decided to take a test because they wanted to know information about their roots. (You can also find out about hereditary traits, inherited conditions, dietary intolerances and health predispositions.)

In the case of Airbnb and 23andMe, once people have received their results (tests cost just £79) and a breakdown of the destinations they are genetically linked to, they will be able to click through to their ancestral populations and find Airbnb Homes and Experiences in their native countries that they can then book. 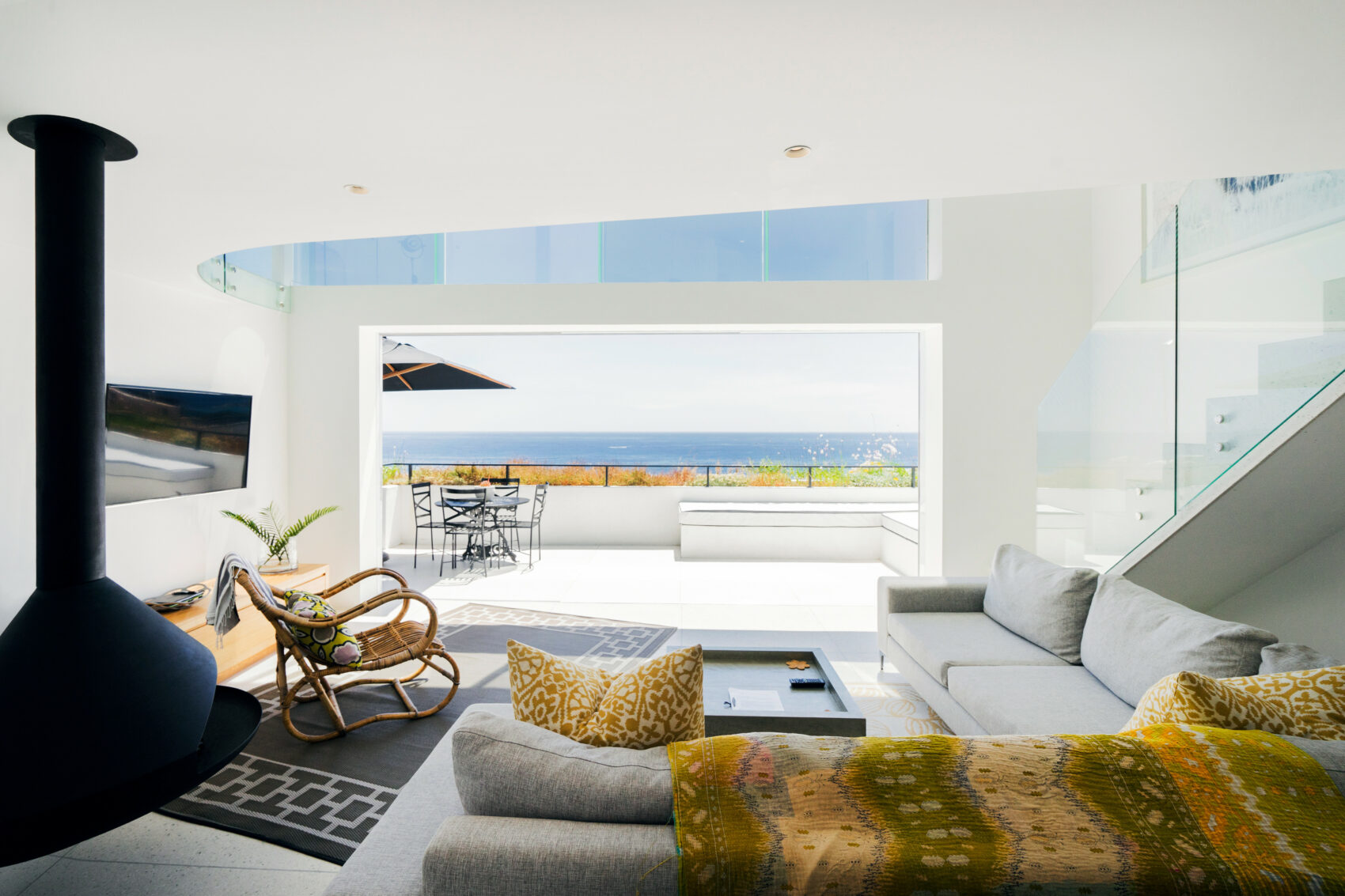 For example, if a 23andMe customer has Southern Italian ancestry, they could book a trullo in Puglia as a base from which to explore their heritage, while someone with Mexican roots could find an experience in Mexico City that teaches them ancient dying techniques that their forebears may have once employed.

Joe Gebbia, co-founder and chief product officer, says: “At Airbnb, we believe that authentic travel experiences help you connect with local cultures and create a sense of belonging anywhere in the world – and what better way to do that than traveling to your roots. We’re proud to team up with 23andMe, the leader in helping people learn about their genes and ancestry, to make it easier for travelers to plan trips as unique as their DNA.”

23andMe CEO and co-founder, Anne Wojcicki, says: “We empower 23andMe customers to learn about themselves and their ancestry through their unique genetic code. Working with Airbnb, a leader who is reimagining travel, provides an exciting opportunity for our customers to connect with their heritage through deeply personal cultural and travel experiences.”

What else do we know about ancestry travel? 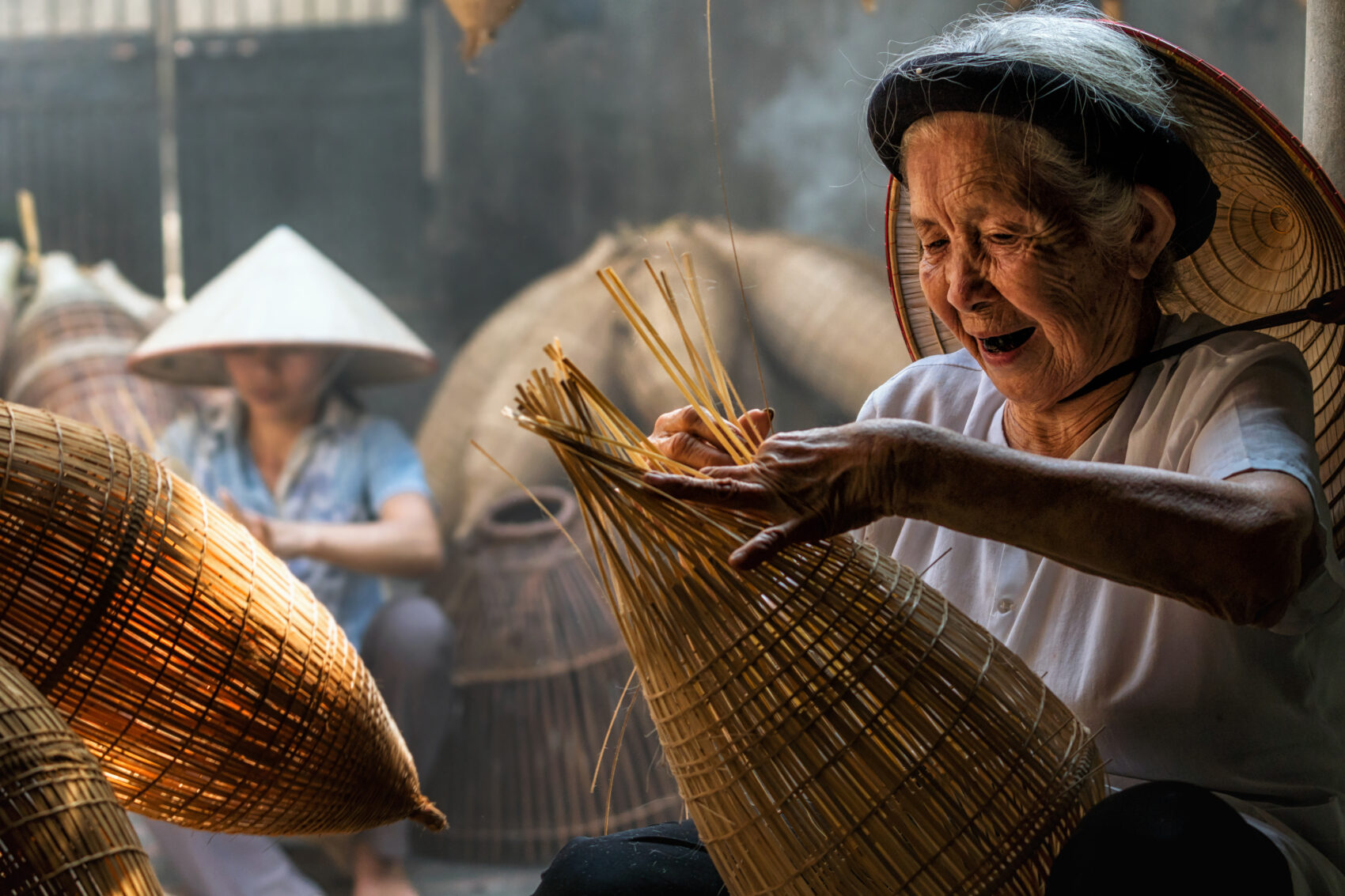 Apparently, the desire to understand lineage becomes most acute in later life. According to Airbnb, guests aged 60 to 90 are the most likely to take heritage travel trips.

The most popular places of origin for DNA trips are the places typically known for their history of immigration – the US tops the list followed by Canada and Australia. Mainland China, the UK, France, Korea, New Zealand, Taiwan and Brazil round out the top ten.

According to 23andMe, some of the top places in which its customers have recent ancestry outside of the US and Canada are the United Kingdom, Italy, Mexico, Germany, Ireland, Poland, Mainland China, Spain, Nigeria, India and Russia.

23andMe data also shows that the majority of its users have at least five populations within their Ancestry Composition report, which presents many opportunities for one to explore heritage travel.

According to data from MIT Technology Review, more than 26 million people were estimated to have taken home DNA tests by February 2019. “If the pace continues, the gene troves could hold data on the genetic makeup of more than 100 million people within 24 months.”

What companies will do with all this highly personal information is another matter but in the meantime plenty of people will be enjoying ancestry travel to get a greater sense of who they are and where they are from.