Ever the trendsetter, Marriott’s Moxy brand has been quick to capitalise on the somewhat bizarre growth in popularity for ASMR (Autonomous Sensory Meridian Response) videos on YouTube by creating bespoke bedtime stories designed for the auditory enjoyment of guests at its new Chelsea hotel in New York.

According to theasmr.com: “The tingling sensation is euphoric. It usually starts at the back of the head, then travels down through the spine into the limbs relaxing you and giving you a unique feeling of well-being.”

The number of YouTube videos of people smacking their lips while eating food, whispering, clicking combs and blowing at the camera in silent rooms have rocketed, with many of the most popular racking up millions of views. Here is an example of an ASMR video.

Apparently, ASMR can help with everything from stress to depression but many people turn to it just to relax, hence Moxy’s decision to create its own range of “exclusive titillating video stories” hosted by actress-author-musician Bella Thorne and Dani Thorne of COM3, along with actress Caroline Vreeland.

Described by Moxy as “an alternative to guided meditation and a drug-free mental massage”, the videos will only be available for a month but are part of the chain’s signature Bedtime Stories programme, which features 60-second stories under the themes “chill out,” “go out” or “pass out”. 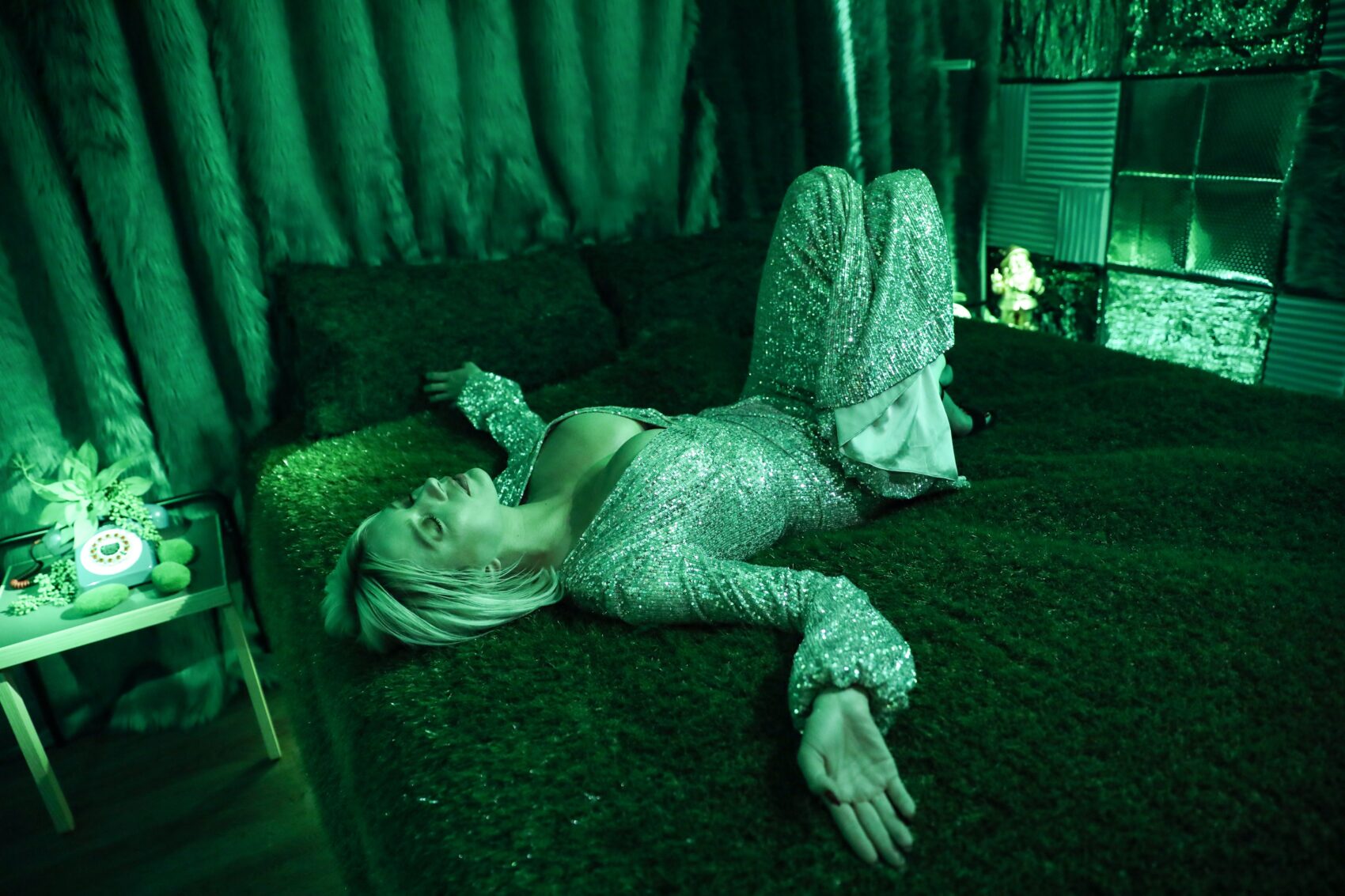 In the case of the Moxy ASMR videos, the women interact with “playful props that reflect their personalities – everything from pizza, to candy, to sequins”. Vreeland said: “Taking part in these ASMR Bedtime Stories was very stimulating. I want Moxy Chelsea hotel guests to feel like they are right there with me, sharing my meal.”

Toni Stoeckl, vice-president of distinctive select brands for Marriott International, and global brand leader, Moxy Hotels, says: “Moxy is a brand known for stimulating guests at our hotels with bold immersive art – from our ‘Hotel Heist’ theatrical performance in Frankfurt where blindfolded guests were escorted into a bedroom to hear thrilling stories; to our live ‘Pink Bear’ in Berlin, inspired by artist Paul Robinson’s ‘The Pink Bear’ art series, which is best known for being featured in Cara Delevingne’s #Art4Animals campaign.

“This latest installment of our Bedtime Stories series feels undeniably Moxy – pushing the boundaries in a fun, playful way, and giving guests something they won’t experience at any other hotel. We’re thrilled to be exclusively debuting the videos at Moxy Chelsea, Moxy’s new secret garden in the heart of New York City’s Chelsea Flower Market.”

Melinda Lauw, co-creator and artistic director of Whisperlodge, says: “Whisperlodge delivers care, relaxation and sensory exploration through carefully-crafted immersive experiences. We love Moxy’s vibrant. playful energy and we’re so excited to partner with Moxy Hotels and Moxy Chelsea to bring our unique blend of art and wellness to guests at Manhattan’s most exciting new hotel.”