Under the direction of Air France, Joon looks to capitalise on young travellers who prioritise low-cost fares and digital technology. But, apparently, it is not a budget airline. Instead, it’s being advertised as a “lifestyle brand” that will resonate with millennials – a generation that now travels more than any other.

Joon will specifically target those aged between 18-35 by creating a “brand that means something to them”. The planes will feature Joon’s “youthful” branding and livery (although the logo looks more like “Joony” than Joon).

Flight attendants will wear “basic, chic” uniforms in electric blue. Men will dress in combinations of blazers, polo shirts and gilets, while women will be in block-print shift dresses or navy trousers. Shoes will be pumps, Oxfords or Stan Smith-style white trainers. 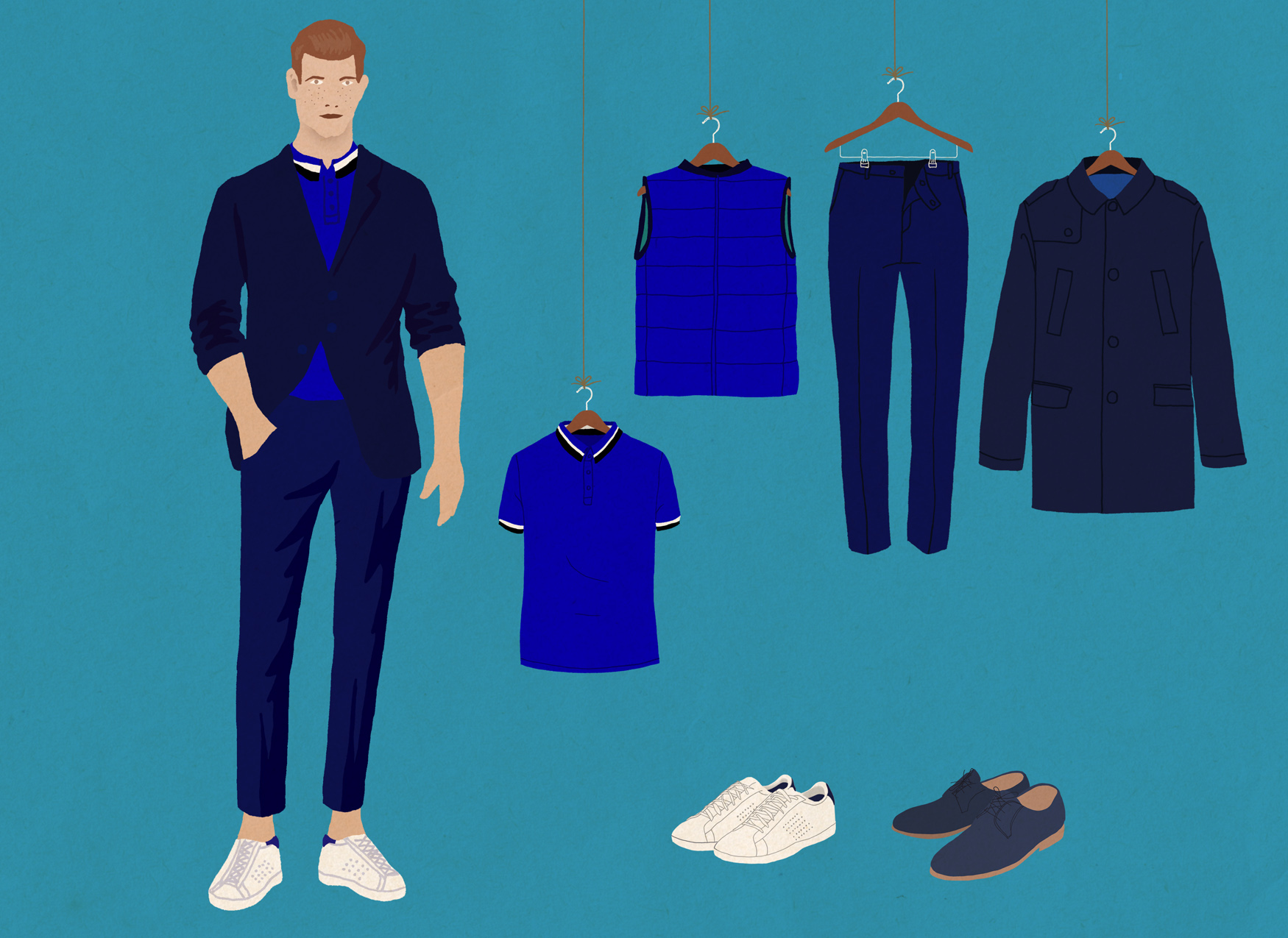 What does Lotte Jeffs, deputy editor of fashion magazine Elle (which originated in France), think of the concept? “What Air France call ‘basic’ is a nod to the utility trend, which refers to clothes that are as functional as they are stylish. There are also nods to the ‘athleisure’ trend, with the white sneakers.

“I think the new uniform reflects the way fashion is changing generally – a more pared down ‘casual’ look is no longer associated with a lack of style or formality. Indeed it’s the fashion editor’s uniform – flat shoes, the perfect cut of jean, and a crisp white shirt.” 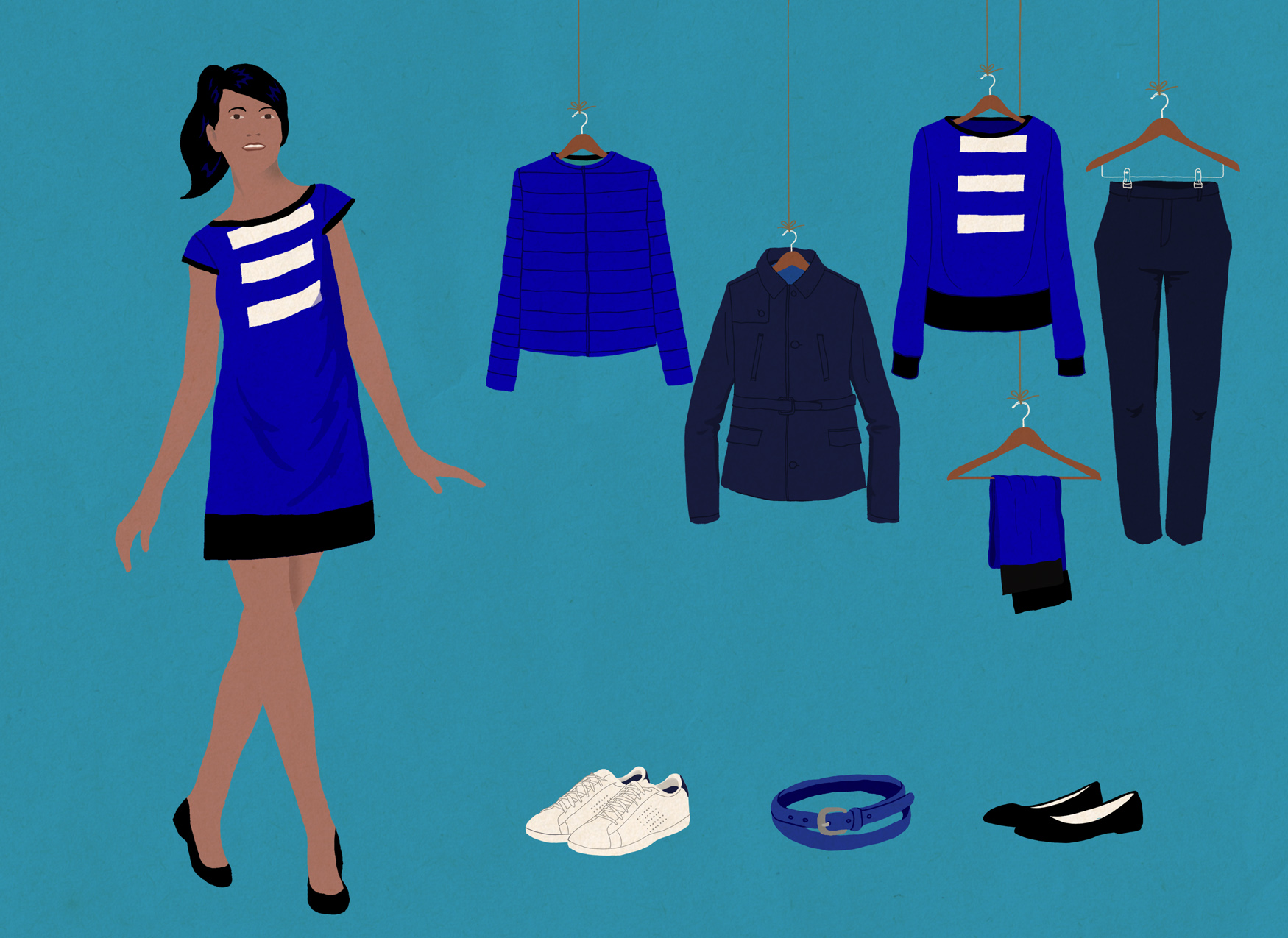 She adds: “It’s also nice to see an airline that doesn’t equate the height of its female crew’s heels with the quality of its service. I for one would be more comfortable working on a long-haul flight in flat shoes.”

Joon will also be a “digital-first” airline, presumably harnessing the power of mobile apps, location-specific services and gaming on the ground and in the air. (More details on Joon’s digital service will be revealed in September.)

Caroline Fontaine, vice-president of brand at Air France, says: “We started with our target customer segment, the millennials, to create this new brand that means something to them. Our brief was simple: to find a name to illustrate a positive state of mind.

“This generation has inspired us a lot: epicurean and connected, they are opportunistic in a positive sense of the word as they know how to enjoy every moment and are in search of quality experiences that they want to share with others. Joon is a brand that carries these values.”

Will Joon be a success?

It remains to be seen whether millennials will flock to Joon because of it lifestyle branding and digital promise. Recent studies show that as many as 80 per cent of younger travellers still prioritise deals and budget when travelling, so, ultimately, it may simply come down to cost.

Luckily, Joon aims to compete in that department too. The airline will launch transatlantic flights and even Asian routes, similar to those offered at affordable prices by Norwegian.

Joon will kick off with six medium-haul planes, followed by a further four long-distance aircraft. The medium-haul routes will launch in September 2017 from Air France’s base at Paris Charles de Gaulle, with long-distance routes following in 2018.

The CEO of Air France, Franck Terner, said: “The creation of a new airline is a historic moment in many ways… Its creation will improve the profitability of the Air France Group, enabling it to reduce its costs and ensure the sustainability of its business model.”

It’s a tough market, though, and new brands should be cautious about trying to embody what young people think is cool. As Jeffs says: “Millennials are interested in authenticity so if Joon has substance then I think they will be convinced. But as the reaction to the recent Pepsi advert shows, they won’t respond well to vacuous maketing campaigns.”