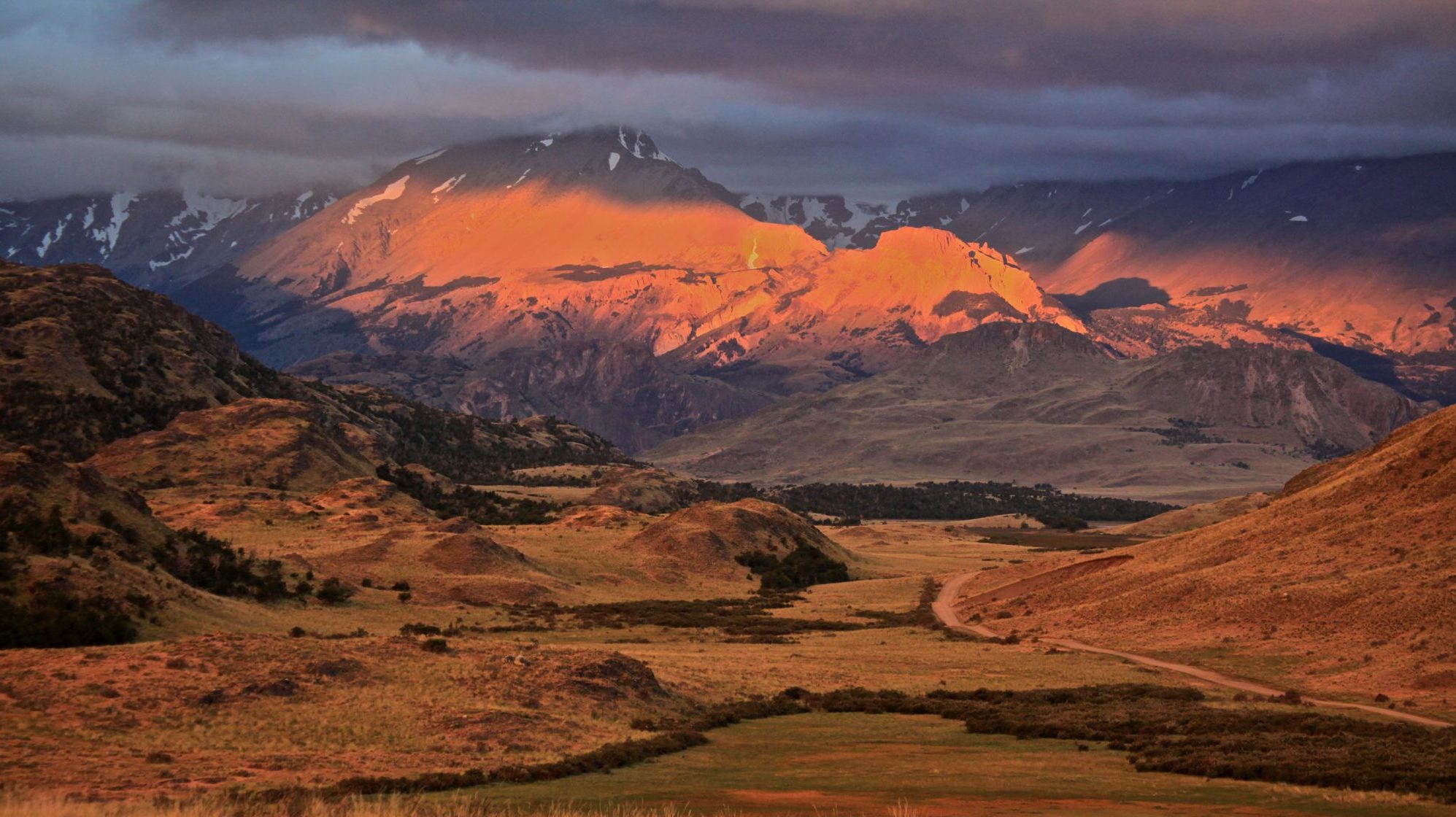 In a landmark moment for conservation and tourism, Chile has declared 11 million acres of wilderness as protected National Parkland. The initiative was sparked by the largest-ever donation of private land by the Tompkins Conservation. Tracing the spine of the country, it will form a 1,500-mile scenic highway called the Route of Parks. Ben Brown investigates

In 1991, Doug Tompkins bought a small patch of farm land in the heart of Chile. The farm itself was battered and neglected, but the location was irresistible. Sitting on the shores of the piercing blue Reñihué fjord, the farm sat among snow capped mountains and majestic waterfalls.

Looking up to the night sky in this corner of Chile, you can see our two closest galaxies with the naked eye; one of only a few places on Earth this is possible.

The magical landscape was enough to draw Doug away from the corporate world and back into the wild. Tompkins spent his formative years building the clothing company North Face, but became disillusioned with “selling people countless things they didn’t need”. Instead, he moved to Chile and resolved to save the beauty and diversity of the land. One acre at a time.

And so began a fascinating conservation project. Parque Pumalín was born.

Alongside his wife, Kristine McDivitt Tompkins, Doug restored the farm and slowly purchased the surrounding land. Piece by piece, they expanded into the woodland and mountains.

Kristine too had a background in sportswear having served as CEO of Patagonia, but the pair now focused their energy on philanthropy, establishing the Tompkins Conservation.

Over the next two and a half decades, Parque Pumalín became a million-acre nature playground. Eventually, they planned to donate the land to the Chilean people to create a protected National Park.

Unfortunately, in 2015, Doug tragically died in a kayaking accident, halting the 25-year project. But in March 2017, the couple’s dream was realised. Kristine McDivitt Tompkins gifted Parque Pumalín to the Chilean government – the largest donation of private land ever recorded – creating a protected national park.

In a grand gesture, Chilean president Michelle Bachelet pledged an additional ten million acres to create five new national parks. Together, the newly protected lands cover an area three times larger than Yosemite and Yellowstone, and will create a scenic highway called “the Route of Parks.”

Bachelet honoured Doug’s legacy as she stood at the gates of Parque Pumalín: “Doug… we finally did it. We are bequeathing to the country the greatest creation of protected areas in our history.” 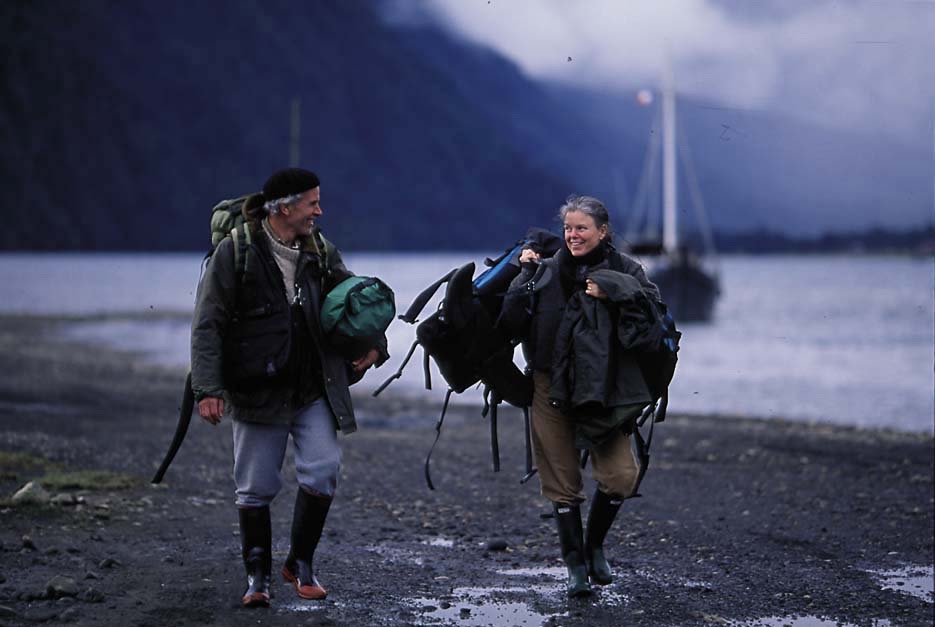 The Route of Parks

The protected land will form an uninterrupted 1,500-mile stretch along the southern spine of South America, with Parque Pumalín at the heart. Kris McDivitt Tompkins explains the grand vision. “The Route of Parks [is] a world-class scenic highway from Hornopiren to the Beagle Channel, connecting seventeen national parks along the way. This will offer an unparalleled experience for adventurous travellers from around the globe.”

The trail already exists, though it is disorganised and difficult to follow. The national park designation will allow the route to flourish, with plans to maintain the trail and adorn it with lookout points and cabins.

The trail itself will follow the curves and contours of the land, protecting the natural landscape. Hikers and explorers will experience the volcanic, snow-peaked mountains of Hornopirén before following the route down to the Arctic archipelago at the southern-most tip of the country.

The “scenic highway” description brings to mind the wonderful routes across North America, like the Pacific Crest Trail and the Appalachian Trail, which attract several million visitors every year. Will the Route of Parks achieve similar numbers?

Conservative estimates suggest the Route of Parks will generate US$270 million annually as adventurers, hikers and tourists explore the new land. The project is a boon for Chile’s tourist economy, expected to generate 43,000 jobs. It’s yet another draw for a country which is experiencing a historic rise in tourist numbers. 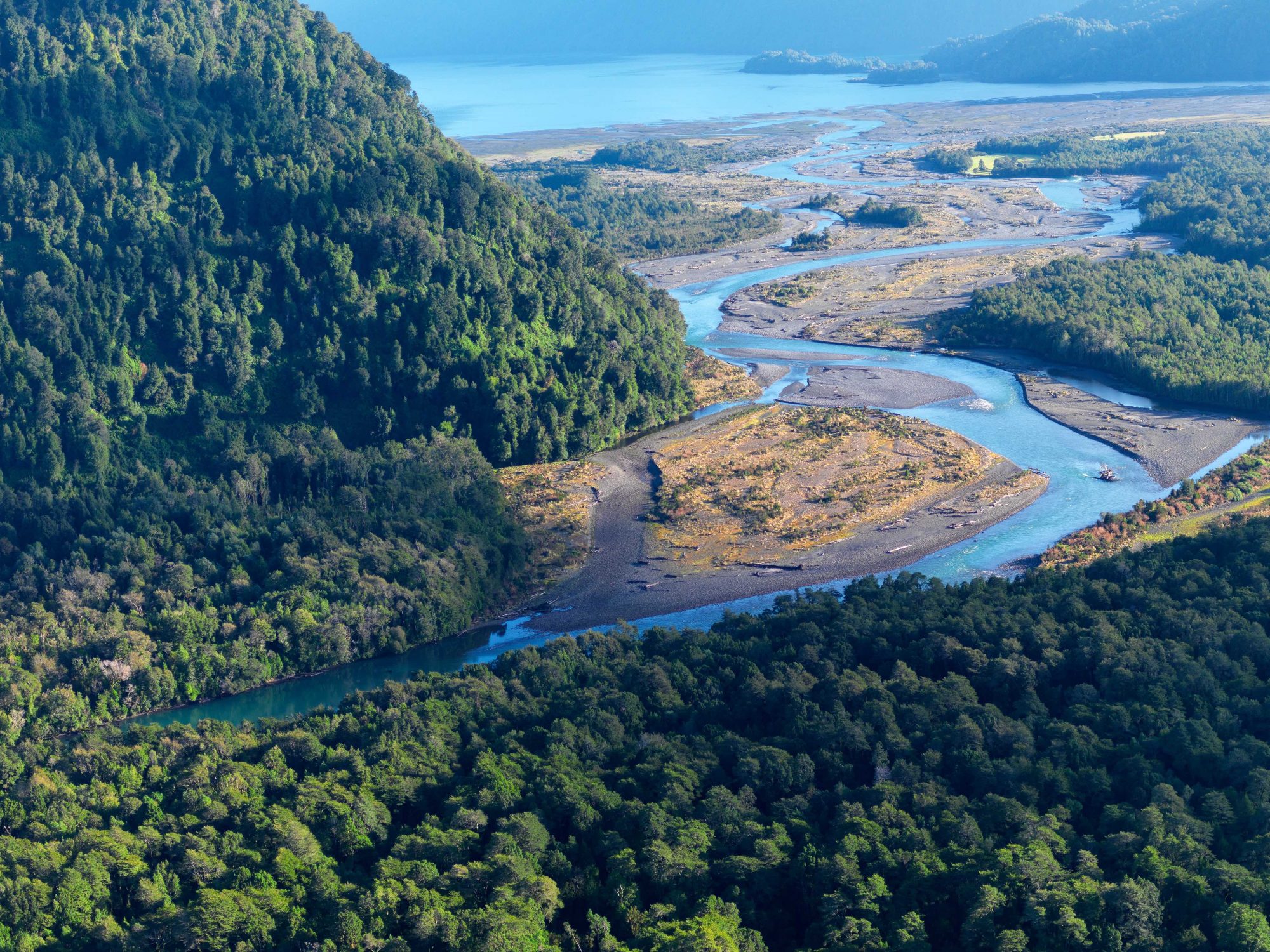 A record year for tourism in Chile

Last year (2016) was a record year for tourism, with the country attracting 5.64 million international visitors.

Part of the attraction is Chile’s burgeoning astrotourism industry. Stargazers are flocking to the country to experience some of the clearest skies on the planet. And the Route of Parks is set to capitalise on this trend.

The Route of Parks (with Tompkins’ Parque Pumalín at the heart) meanders through one of these stargazing regions, Los Lagos, where visitors will experience a once-in-a-lifetime chance to sleep under the stars and see our two closest galaxies.

The majority of Chilean tourism comes from neighboring Argentina, but visitors from the UK and USA last year grew 9 per cent and 11 per cent respectively. The figures suggest Chile is fast becoming a long-haul destination for adventurous Europeans and Americans.

Globetrender also notes the enormous growth in Chinese tourists (49 per cent), which is an increasingly global trend.

With the Route of Parks set to increase visitor numbers significantly, the Department of Tourism Research Division expects a 14 per cent bump in Chilean tourism in 2017. 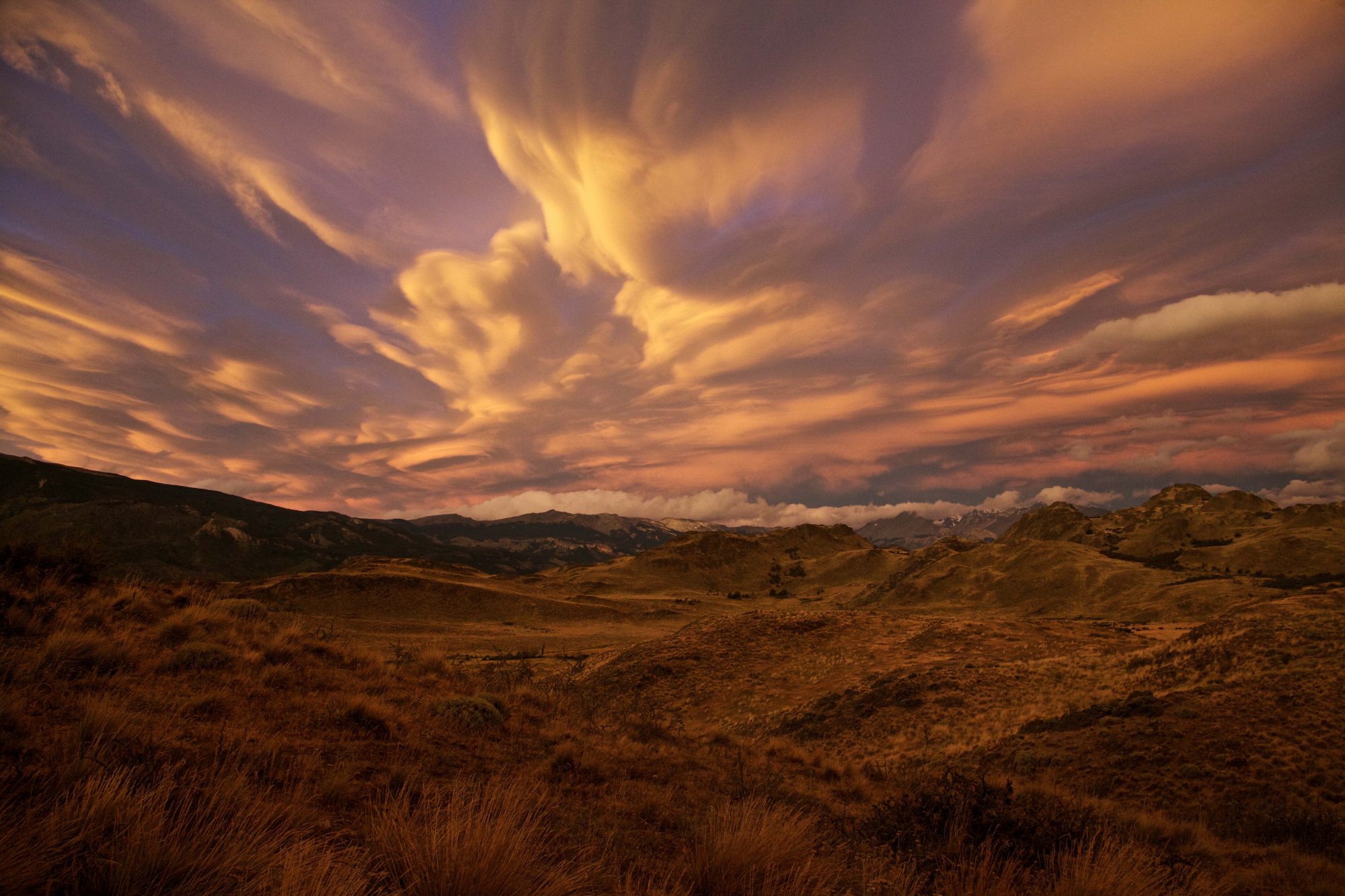 The long road to the Route of Parks

Chile’s brave experiment in conservation and eco-tourism is a testament to the Tompkins Conservation and their decades of work in the region. Over a 25-year period they have protected more than 3.4 million acres of land in Chile and Argentina (that’s about the size of Connecticut) and helped create six national parks.

Ask the Tompkins Conservation why and you get a passionate response, “[National Parks] highlight the best attributes a country has to show the world – outstanding beauty, wildlife habitat, recreational opportunities, and noteworthy cultural [and] archaeological sites. And beyond all these benefits, they are a fundamentally democratic institution—open to all, regardless of socioeconomic status, ethnicity, etc.”

But it hasn’t come easily.

The late Doug Tompkins encountered numerous setbacks when he began buying up Chilean farm land. And not just from suspicious locals and farmers. As American citizens buying up Chilean land, Doug and Kris found themselves on the receiving end of various conspiracy theories and accusations.

Some accused them of creating a dumping ground for nuclear waste. Others claim they were on a religious mission to create a “new Israel,” and rumors spread that Doug Tompkins was a CIA agent.

Still, they were unwavering in their dream of handing Parque Pumalín back to the people of Chile as a national park.

But it became difficult to negotiate with the government, and Tompkins was reluctant to hand over Parque Pumalín until full protection was guaranteed. It wasn’t until President Bachelet gave them assurance that Parque Pumalín would enjoy full national park status that the decades-long dream was fulfilled.

Speaking about the Chilean government’s role in the creation of new national parkland, Kris said, “Like most big ideas, to achieve them there must be partners who share the vision, those who can imagine a place or time a hundred years from now and do what is necessary to create something spectacular, something that will withstand the test of time – and this we have found in the partnership with President Bachelet and her government.”

Despite their historic problems with Chilean farmers and industrial powerhouses (such as the logging industry), these local interests are not expected to oppose the deal, which will be formalised later this year. 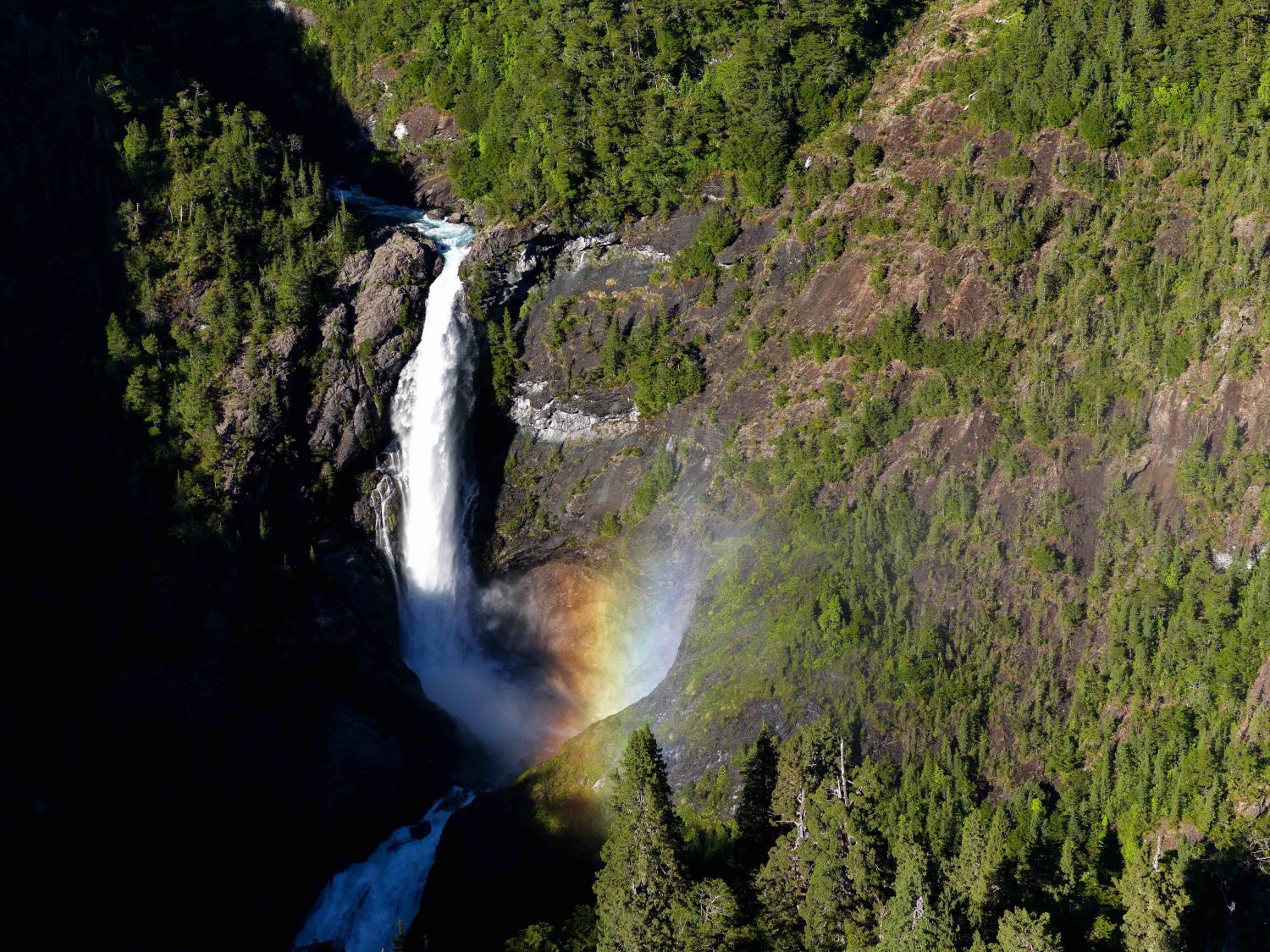 When finalised, the deal will help Chile tap into the fastest-growing sector in travel: eco-tourism. The trend toward responsible travel with an emphasis on rich, natural experiences is expanding with phenomenal speed.

The niche sector is growing between 20-34 per cent every year, quickly outstripping the average pace of total tourism growth.

The project will also benefit from the trend toward “wilderness seeking.” Globetrender recently highlighted this as one of the seven biggest travel trends in 2017.

So, what’s next for the Tompkins Conservation? Well, Kris and the team will continue working toward their goal of “rewilding” 50 per cent of the globe. It’s a bold ambition to rebalance the ratio of natural land and human inhabitance.

Standing at the gates of the new national park, Kris Tompkins summed up the moment perfectly: “I am moved and humbled to be a partner in this historic agreement to expand Chile’s national park system, which began with Doug’s audacious conservation vision 25 years ago. As we sign this protocol with President Bachelet today, I know that he is watching and smiling from a high altitude.”