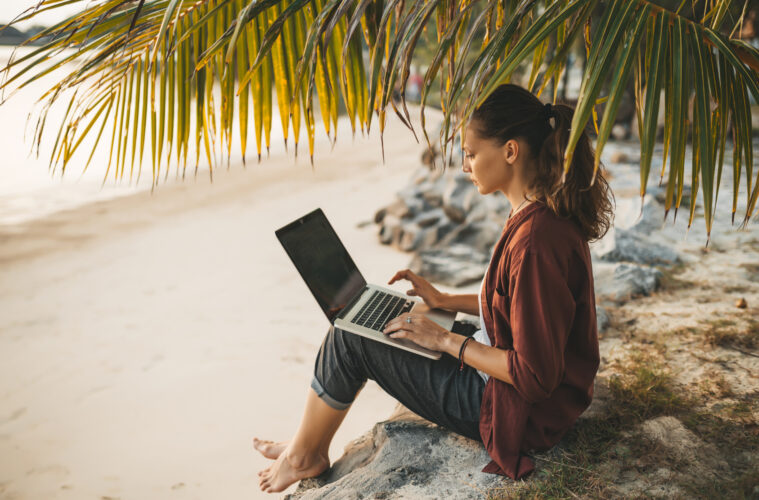 More than 1.9 million British people could be working from abroad next year, according to research from PagoFX and YouGov. Where will you be heading? Olivia Palamountain reports

After months of working from home, British people are ready to embrace “digital nomadism”, according to research from Santander’s international money transfer service PagoFX and YouGov.

Prompted primarily by the on-going pandemic – with its on-off lockdowns, coupled with the realisation that many businesses are now moving to long-term remote working – a growing number of Brits are choosing to work from anywhere but home.

According to the data, one in 16 employed UK adults (that’s more than 1.9 million workers) said that, with the pandemic in mind, they were now either “fairly” or “very likely” to work from abroad.

This figure is even higher in the capital, with one in ten Londoners confirming that they plan to work from abroad at some point in the coming year.

Some are taking the opportunity to have a working gap year, with 14 per cent of those aged 18 to 24 years-old and in employment planning to work from abroad during 2021.

The survey also investigated what British people look for in a perfect “work from anywhere” destination. The top three most important requirements were a fast and reliable internet connection (seen as a top priority by 64 per cent), access to quality medical services (53 per cent) and warm, sunny weather (44 per cent). 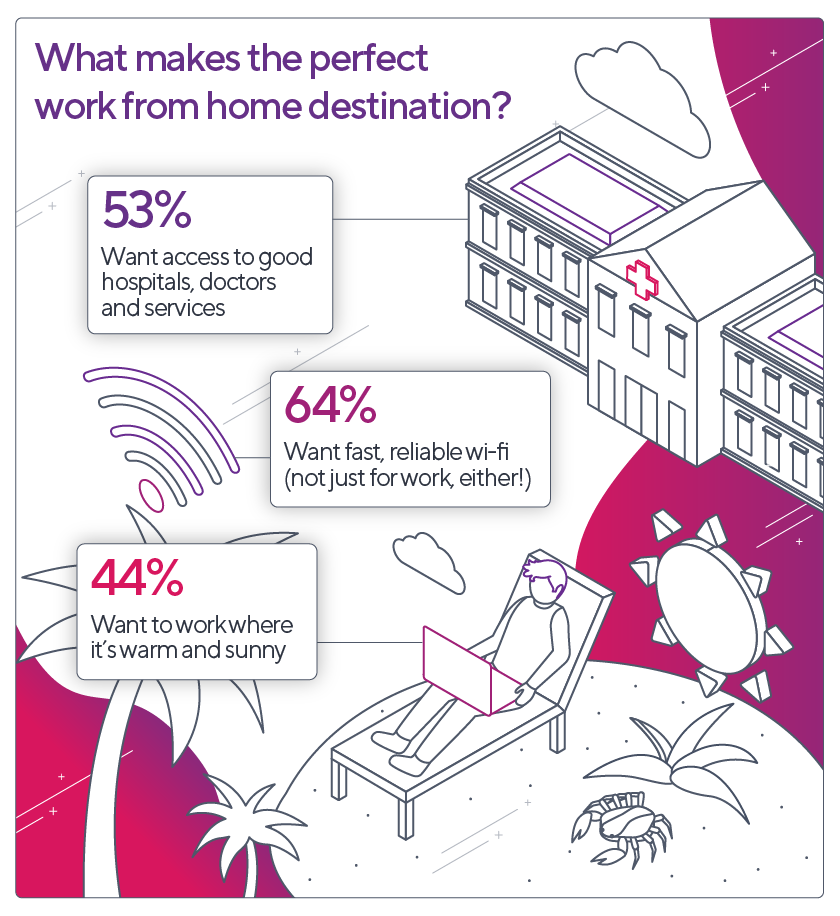 Plenty of places that fit the bill have created offerings to tempt this new tribe of digital nomads in recent months.

Bermuda, Barbados, Anguilla and Mauritius have all created new visas that welcome visitors to work or study for a year, while resorts and hotels are editing and amplifying their offerings with long-stay working guests in mind.

From deluxe Maldivian resorts Vakkaru and Anantara Veli to urban hotels such as London’s Bvlgari, Rosewood and The Dorchester, there’s a WFA package out there for everyone.

Packing up and heading for more clement climes does, however, present issues for some. 19 per cent said that childcare requirements would prove a sticking point, while 14 per cent said they need to stay in the UK to look after their parents. 15 per cent didn’t like the idea of having to potentially self-isolate on arriving at their destination.

Currency differences and transferring money abroad were also perceived as potential obstacles to working abroad. 11 per cent see being paid in a different currency to the one they need day-to-day as a potential problem, while 6 per cent worry about the need to send money abroad.

Victoria Yasinetskaya, CMO at PagoFX, says: “For many, remote working need not mean homeworking. With almost half agreeing that they could do their jobs just as well from abroad, we’re expecting more people than ever to pack up their laptops and work from a more exotic location in 2021.

“Thanks to the latest technology, there are fewer obstacles than ever before, from easy and reliable video calls, to fast and secure international money transfer services. For more of us than ever, geography, technology and currency are no longer a barrier to working from anywhere in the world.”