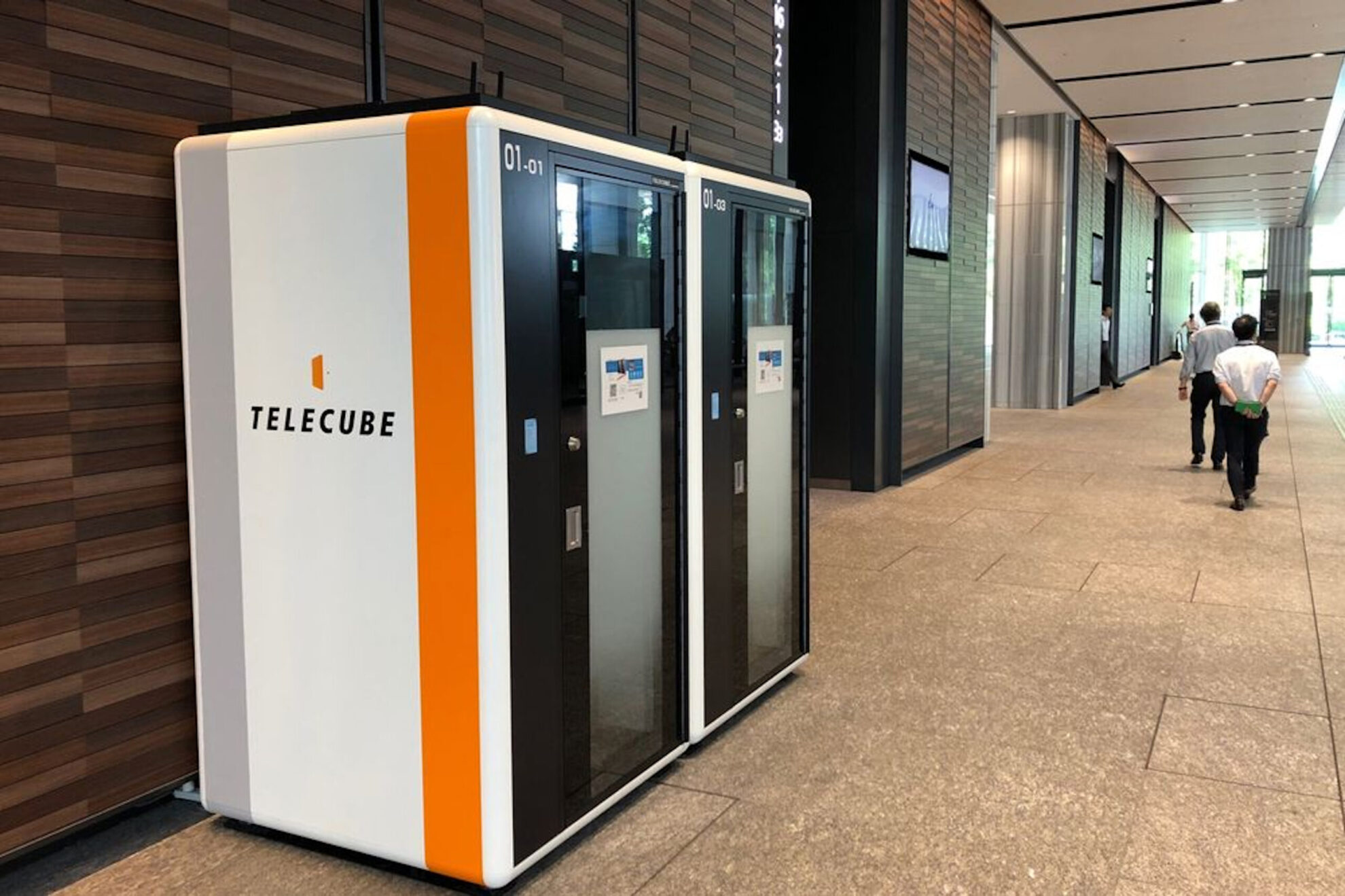 Telecubes are being rolled out across Japan for corporate nomads

Mobile offices the size of phone booths – known as Telecubes – are popping up in Japan for on-the-go working.  Rose Dykins reports

Telecubes – self-contained pods for remote working – are being rolled out in railway stations and office foyers across Japan to create handy stop-off points for private video calls while on the move.

The soundproof boxes are approximately two metres tall and one metre wide, and are fitted with a desk, seating, a PC, power outlets and video conferencing software from VCube.

Each Telecube can be reserved and accessed via a smartphone app, and there is a 24/7 support service for users. After each usage, data and browsing history from the PC is cleared to maintain business’s confidentiality.

Almost 90 Telecubes have reportedly already been installed in Japanese cities, and this is expected to rise to 1,000 by 2023.

Telecubes can be set up outdoors as well as indoors, and are ideal for adding to public spaces where workers need to step away and make a private work call – such as airports, offices, train stations and shops.

It’s also possible to opt for a model that’s set up for face-to-face meetings rather than solo working, so that users can drop in and hash out the final details of a business deal.

It’s interesting to see how in Japan, Telecubes are operating in a space formerly occupied by phone booths – and how the rise in video conferencing during the pandemic in place of face-to-face meetings has fuelled this demand for making video calls on the go.

Highly functional, and designed to protect privacy, Telecubes seem to hail an era where having a fixed place of work may be becoming redundant.

Instead, business travellers in the 2020s need on-demand access to connectivity and suitable workspace while they are on the road, so they can use and pay for it as and when they need to – as highlighted in Globetrender’s recent report The Future of Business Travel.