The drugs don’t work, they just make it worse – or do they? Retreat centre Synthesis believes dosing up on magic truffles can actually make you better, and it’s partnered with Imperial College London to prove it. Olivia Palamountain reports

“Our name is a tribute to our core mission; providing an integrative approach to transformative wellness synthesising modern science and medicine with wisdom traditions, ancient shamanistic rituals, and spiritual practices,” says Synthesis on its website.

Flying the flag for psychedelics as agents of transformational experiences, Synthesis says that, in professionally curated settings, it is being proven that certain truffles have the potential to restore our sense of wonder and foster a renewed sense of connection, to ourselves, others, and the natural beauty of the wider world.

Synthesis offers three- to five-day retreats in either all male, all female or mixed sex groups.

Previously based out of the Lighthouse, 30 minutes outside of Amsterdam in the coastal community of Zandvoort (now it is looking for a new facility to run its retreats), guests stayed in shared or private lodging, with complete and all-inclusive access to venue’s grounds and gardens, airy living spaces, saunas, indoor and outdoor yoga spaces, and plant-based meals from a pair of in-house chefs.

Truffles (specifically psilocybin, their active component) provide the trippy aspect of the retreat, but Synthesis also provides a schedule of workshops, bodywork and meditation, along with sound and psychedelic education. 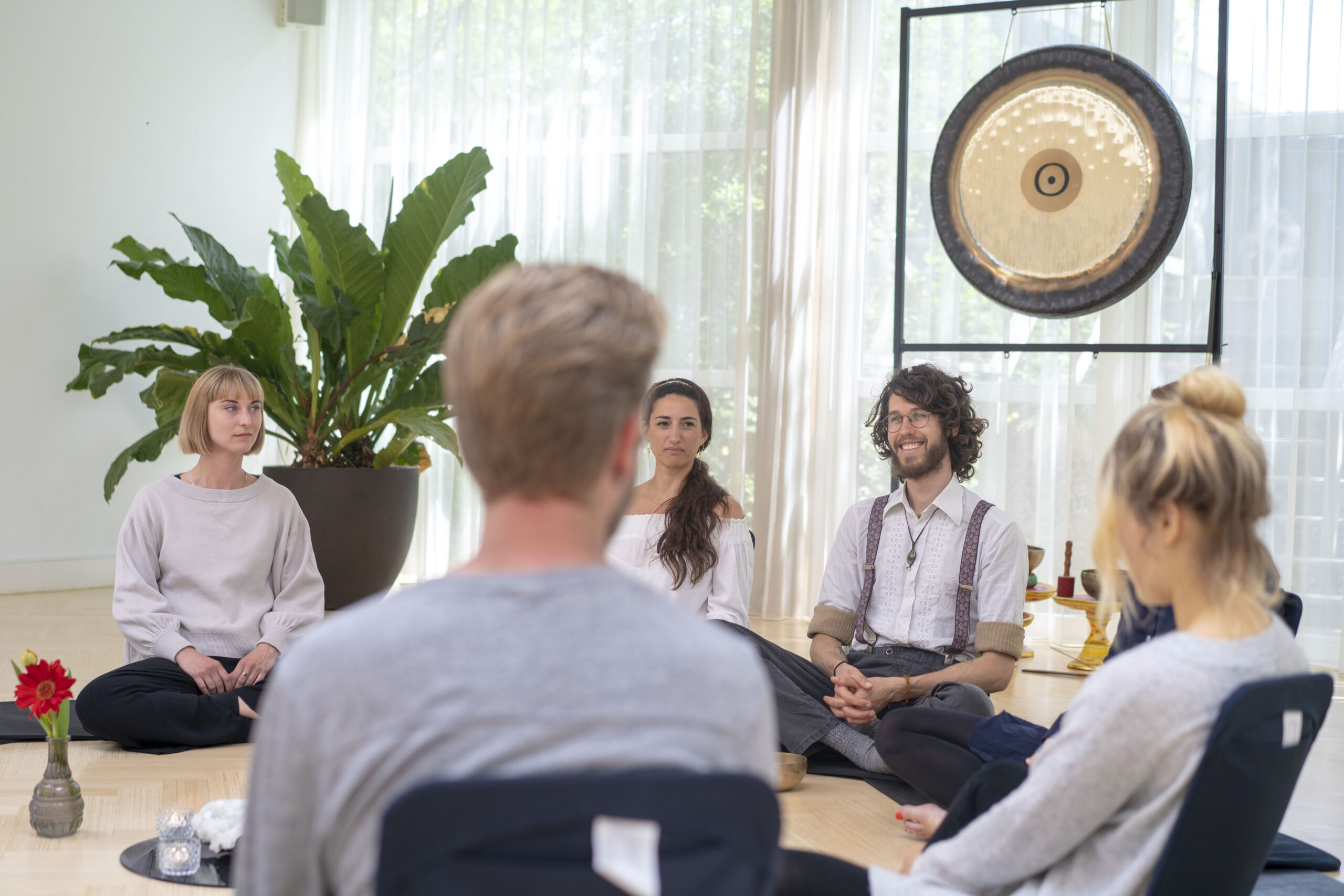 The integration of psychedelics as medicine in modern culture is gaining traction. Globetrender has reported on ayahuasca tourism; ketamine-assisted therapy is big news for depression, as seen at the likes of Ember Health in New York, and in Mexico, drug detox facilities Clear Sky Recovery and Pangea Biomedics are using ibogaine (a naturally occurring psychoactive substance found in some plants) to interrupt opioid withdrawal symptoms.

While MDMA and LSD are illegal in most countries and have no accepted medical uses, there is ongoing research on MDMA’s value in psychotherapy for individuals with post-traumatic stress disorder as well as exploratory research on other potential uses.

LSD is currently being investigated for its effects on anxiety as part of LSD-assisted psychotherapy. The Multidisciplinary Association for Psychedelic Studies’ website has the latest.

If getting off your head to sort your head out sounds irrational, consider the science. In London, a decades-long struggle to resurrect medical research in the area of psilocybin is beginning to bear fruit.

“At Imperial College we’ve been comparing psilocybin to conventional antidepressants – and the results are likely to be game-changing”, writes Robin Carhart-Harris, head of the Centre for Psychedelic Research at Imperial College London, in The Guardian.

“We have spearheaded work showing how psilocybin (or “magic mushrooms”) can be used to assist psychotherapy for difficult-to-treat depression, making a significant difference when conventional antidepressants and talking therapy have not.

“Right now, we are crunching data from a much larger depression trial that compares psilocybin-assisted therapy with a six-week course of a conventional antidepressant drug, a “Prozac-like” selective serotonin reuptake inhibitor (SSRI). Preliminary analyses indicate game-changing results,” he says.

Synthesis has strategically partnered with the Psychedelic Research Group of Imperial College London to contribute to the emergence of psychedelic science and ensure that its programmes are as effective and scientifically informed as possible.

Whether you’re up for it or not, wellness tourism is evolving to becoming more niche, more specialist and more extreme than ever before. We expect the new decade will be about transforming the human into the super-human, as reported by Globetrender here.