BiodiverCity will be a ‘global destination’ of reclaimed islands in Malaysia

If and when it is created, BiodiverCity will encompass public parks, wetlands, civic centers, shorelines, and centres for commerce, while housing up to 18,000 residents on three artificially constructed islands off the coast of Penang, Malaysia.

Designed by Danish architecture firm Bjarke Ingels Group (BIG) in collaboration with Ramboll and local planners Hijjas, won an international competition bid for the Penang state government, and was selected for its vision to “promote coexistence with nature”. 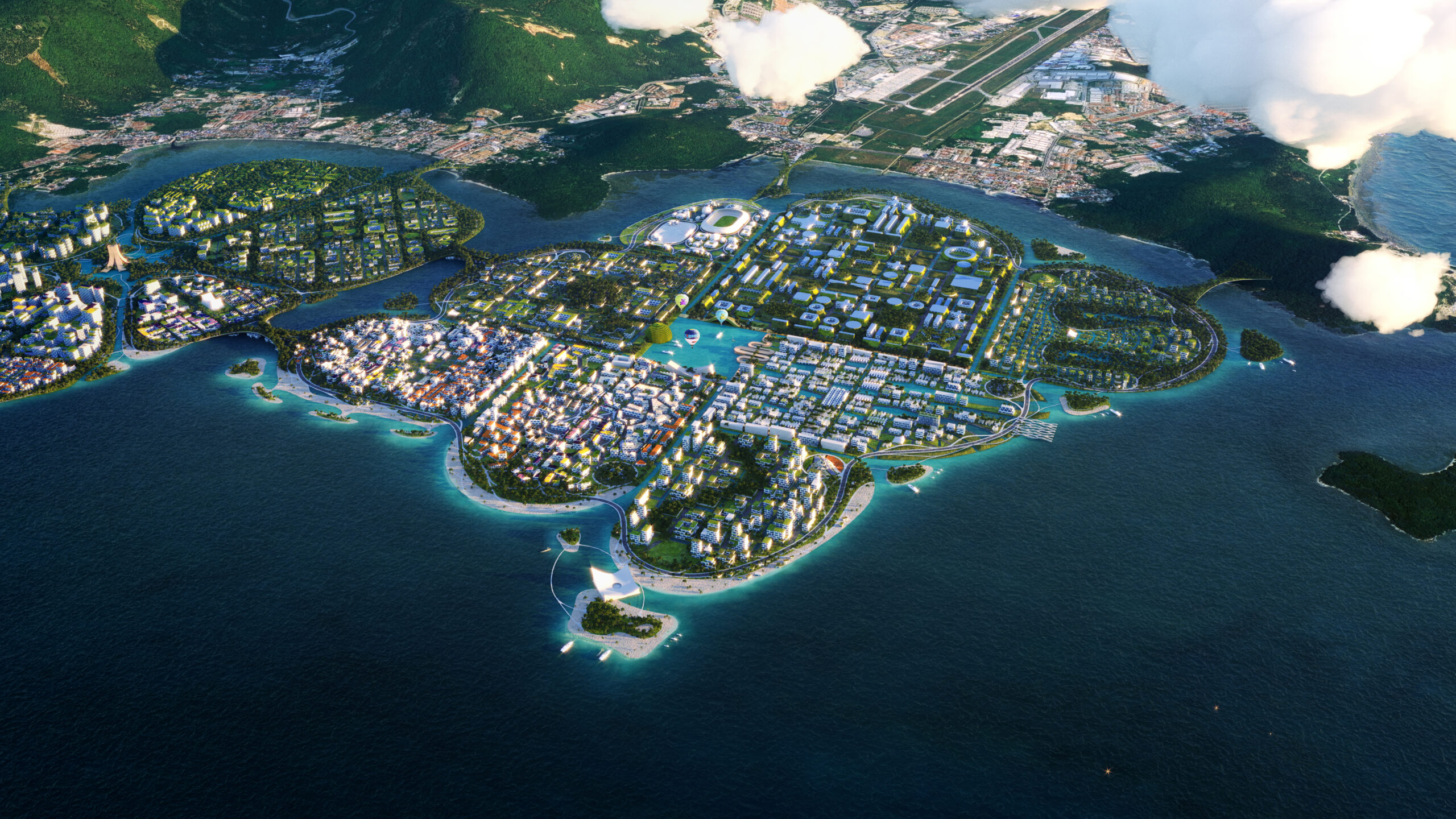 Particular emphasis has been placed on human and structural integration with natural habitats, intended to provide relief from a history of developments that infringe upon biodiversity and local ecosystems. 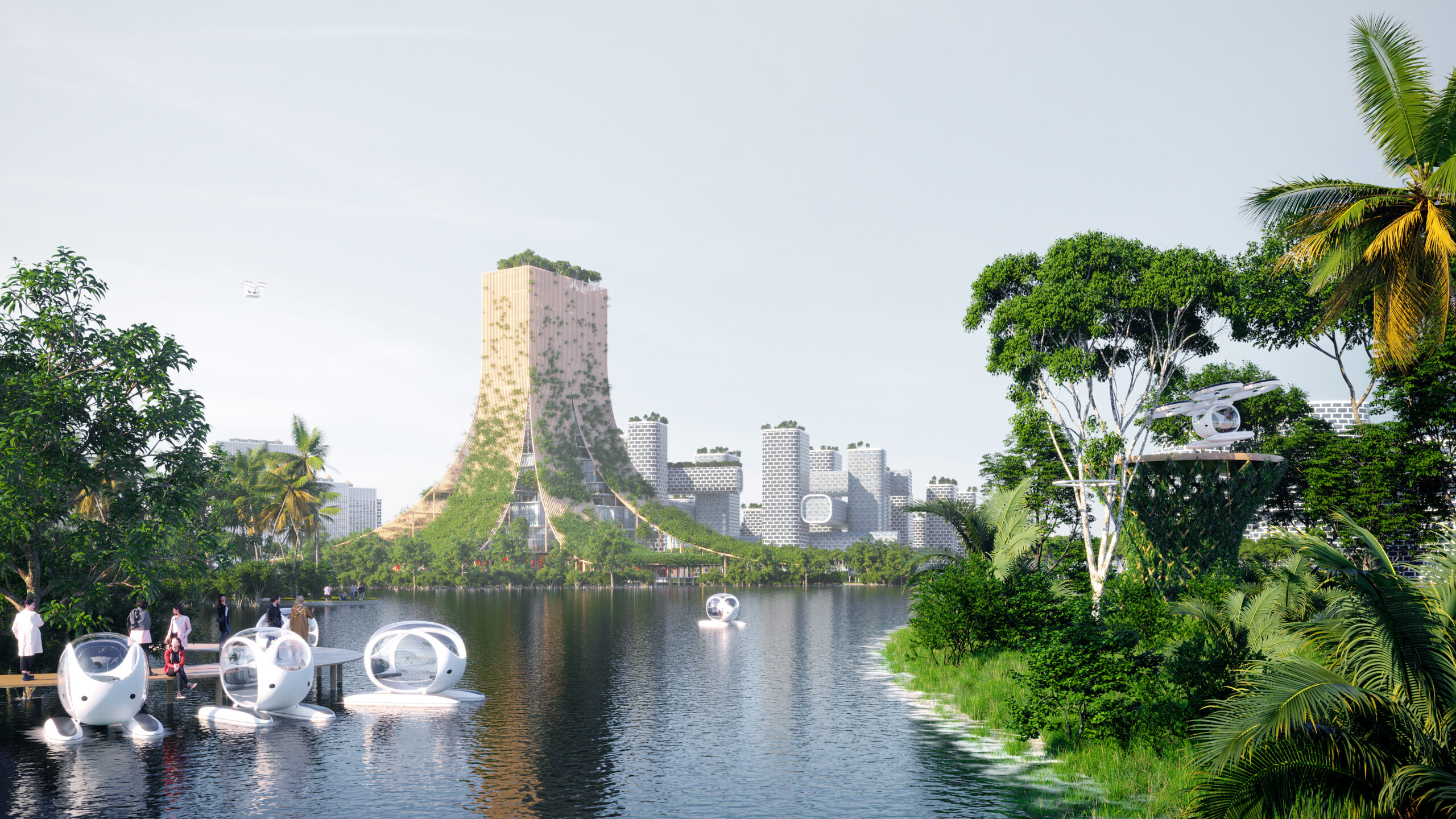 “If Penang is defined by its rich cultural diversity and its abundant biodiversity, we would like to envision the Penang South islands as an archipelago where the two can coexist in a human-made ecosystem, expanding and enhancing one another,” says BIG founder Bjarke Ingels. 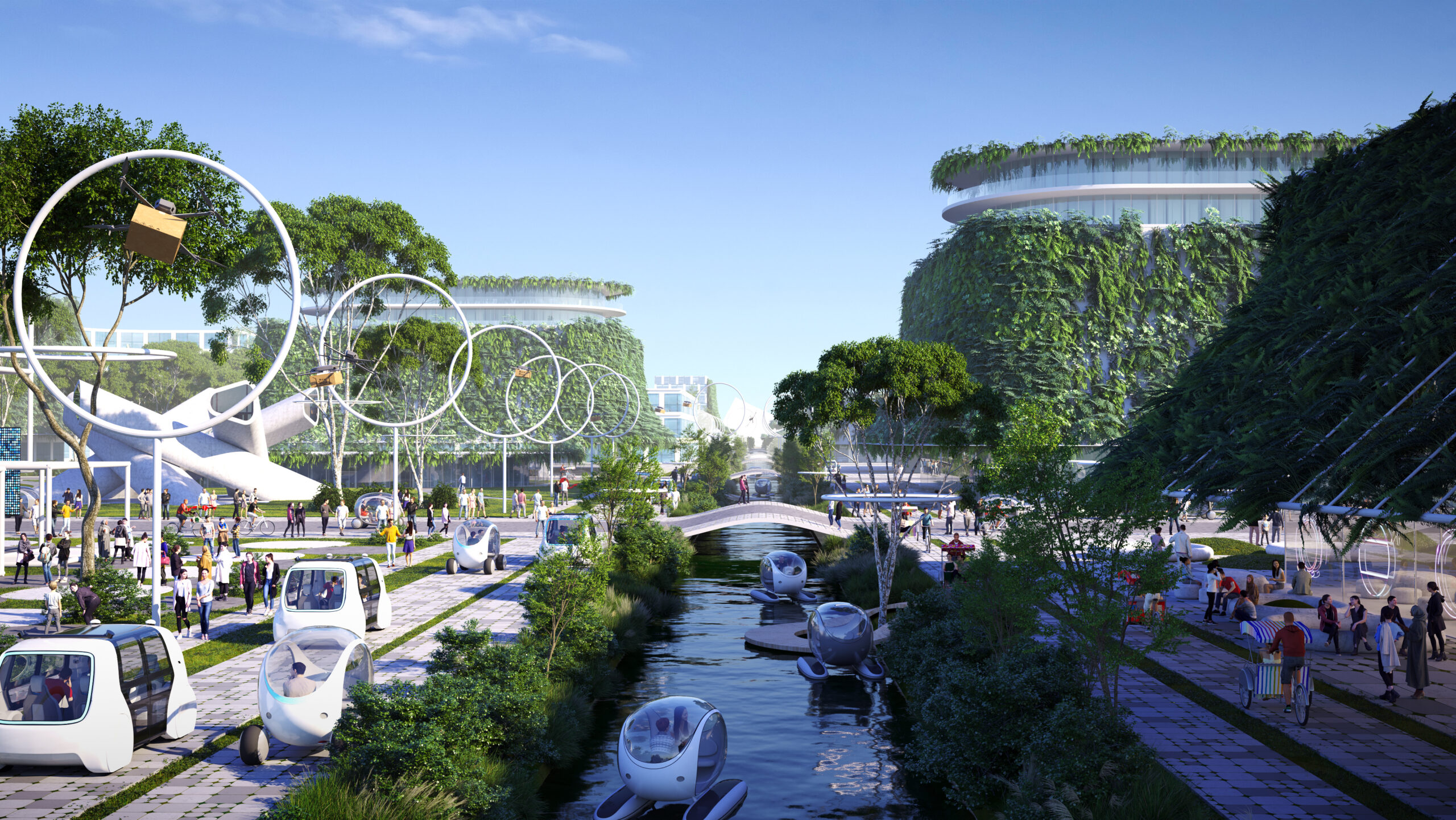 Together, the lilypad-shaped islands will feature 4.6km of public beaches, 600 acres of parks and 25km of waterfront. An autonomous land, water, and air-based public transport network will allow for easy movement, where cycling and pedestrian transit are encouraged. 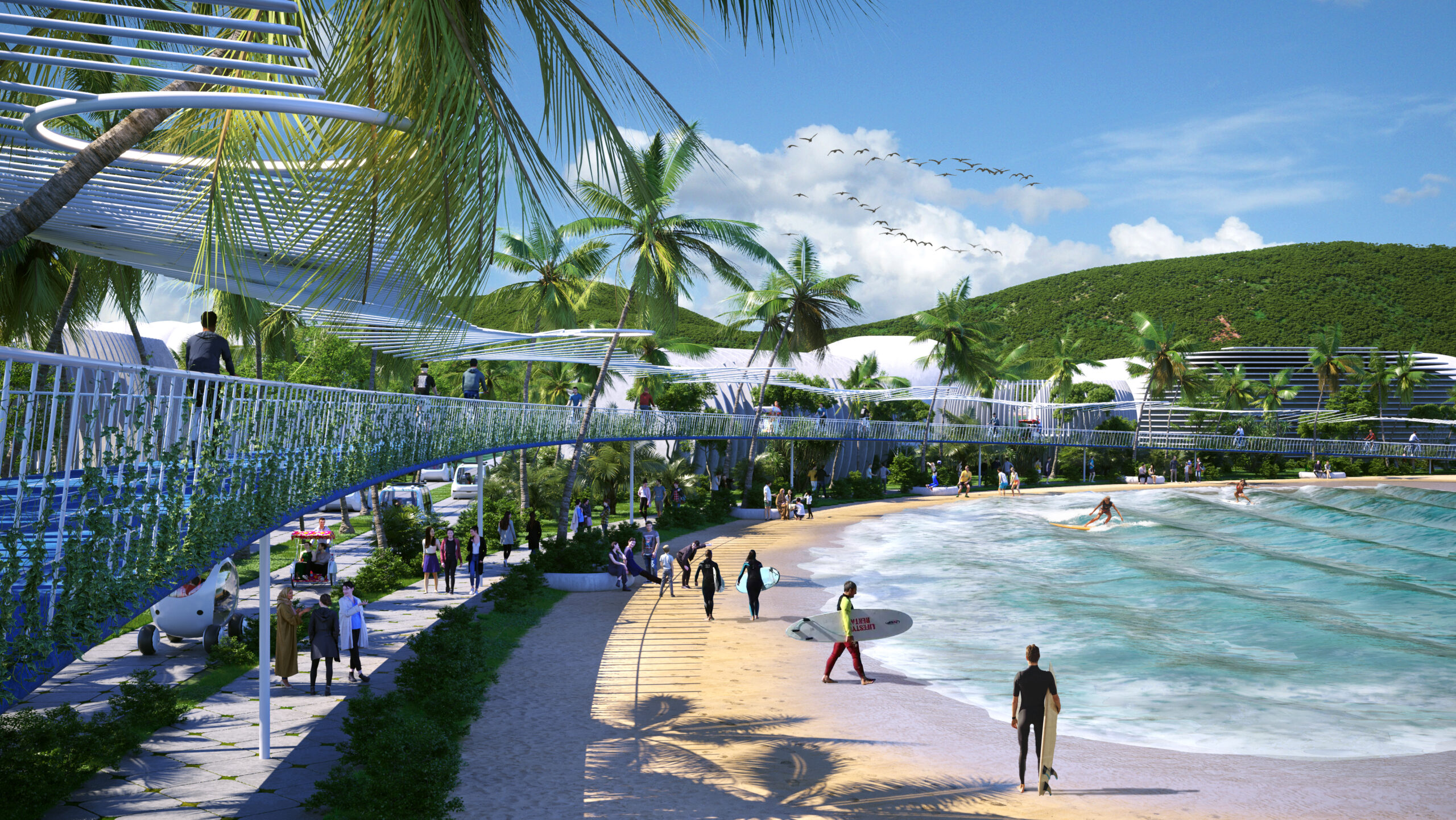 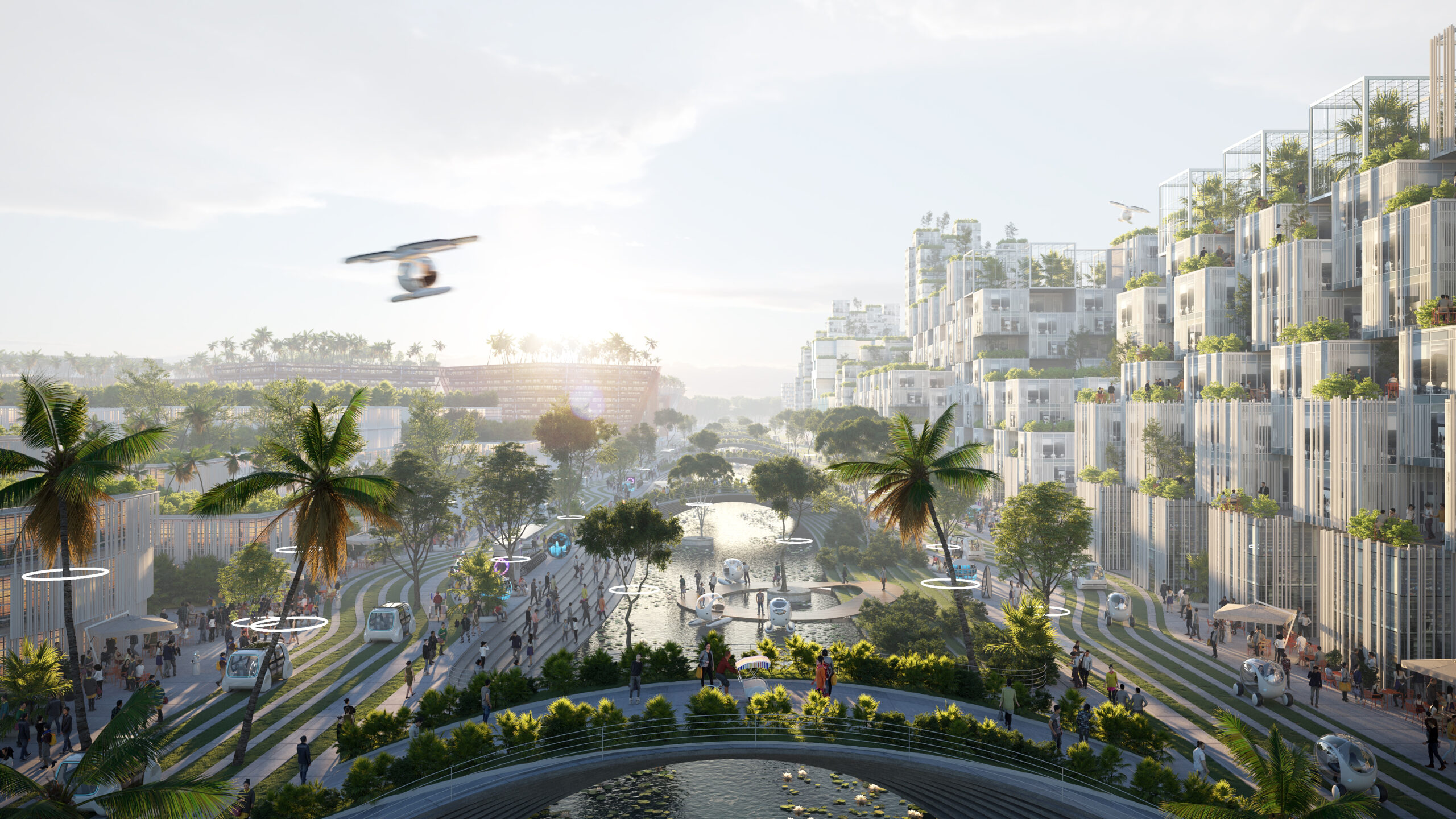 Between all residential and commercial districts, 50- to 100-metre natural buffers will create wildlife corridors that permit habitat connectivity and support “edge ecologies” around an “urban mosaic”. 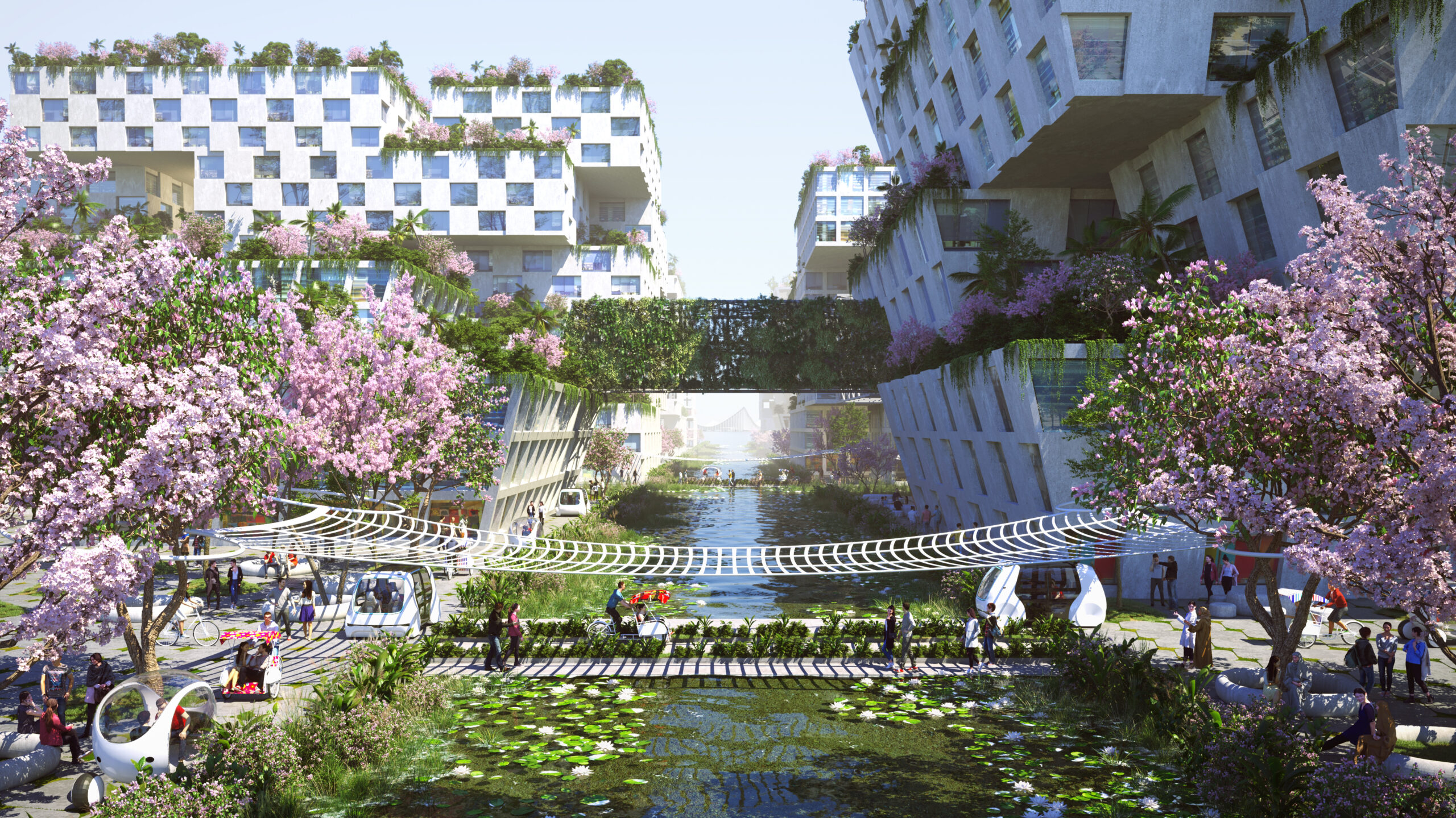 “Within human-populated areas, animals are given safe passage through the continuous canopy and waterways, and within natural habitats, people can safely access elevated boardwalks”, says BIG. 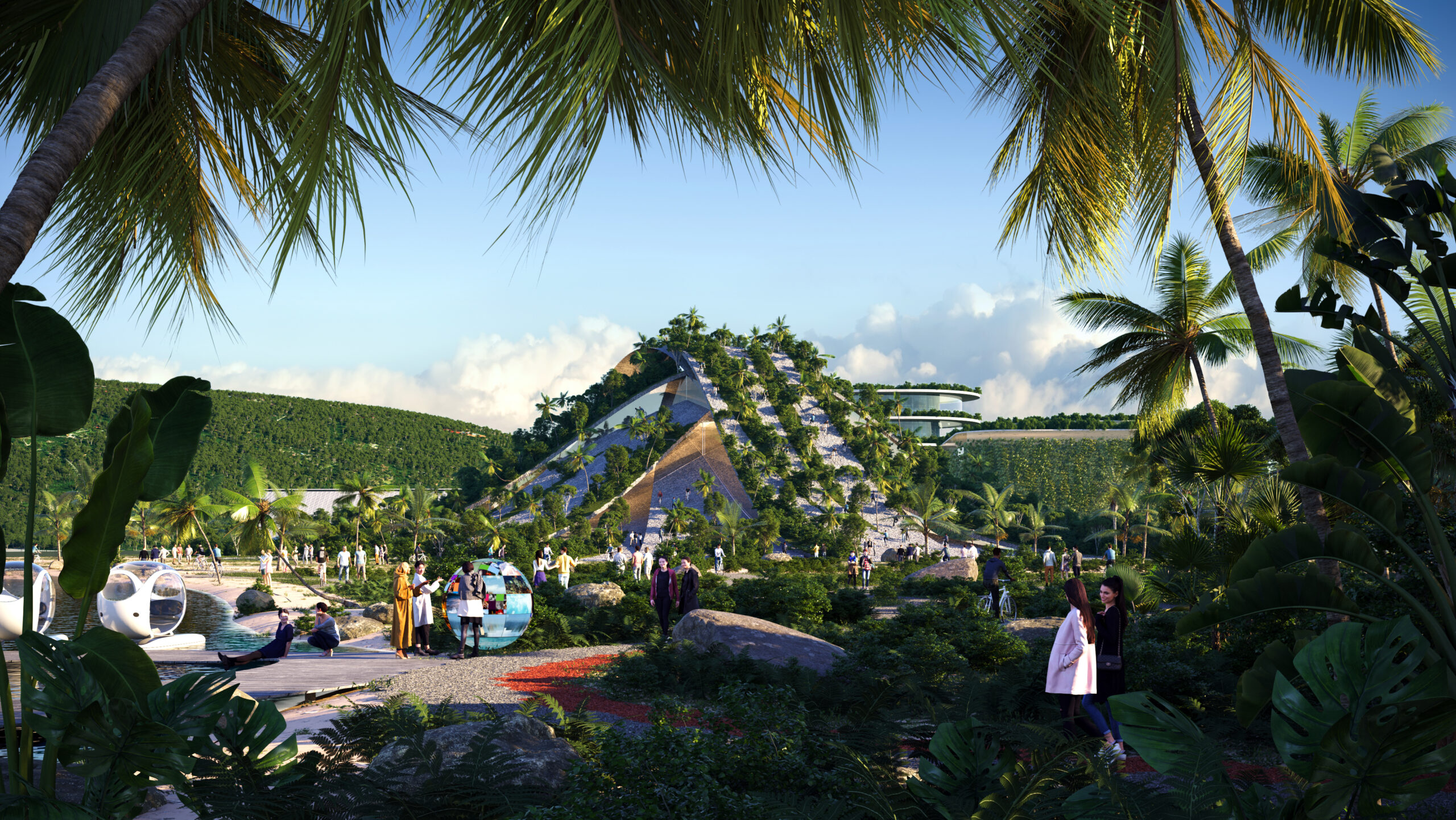 The Channels, the first island scheduled for construction, will be home to the Civic Heart of governance and research institutions, and the Cultural Coast, which will draw upon the rich history of George Town and Penang to become a travel destination. 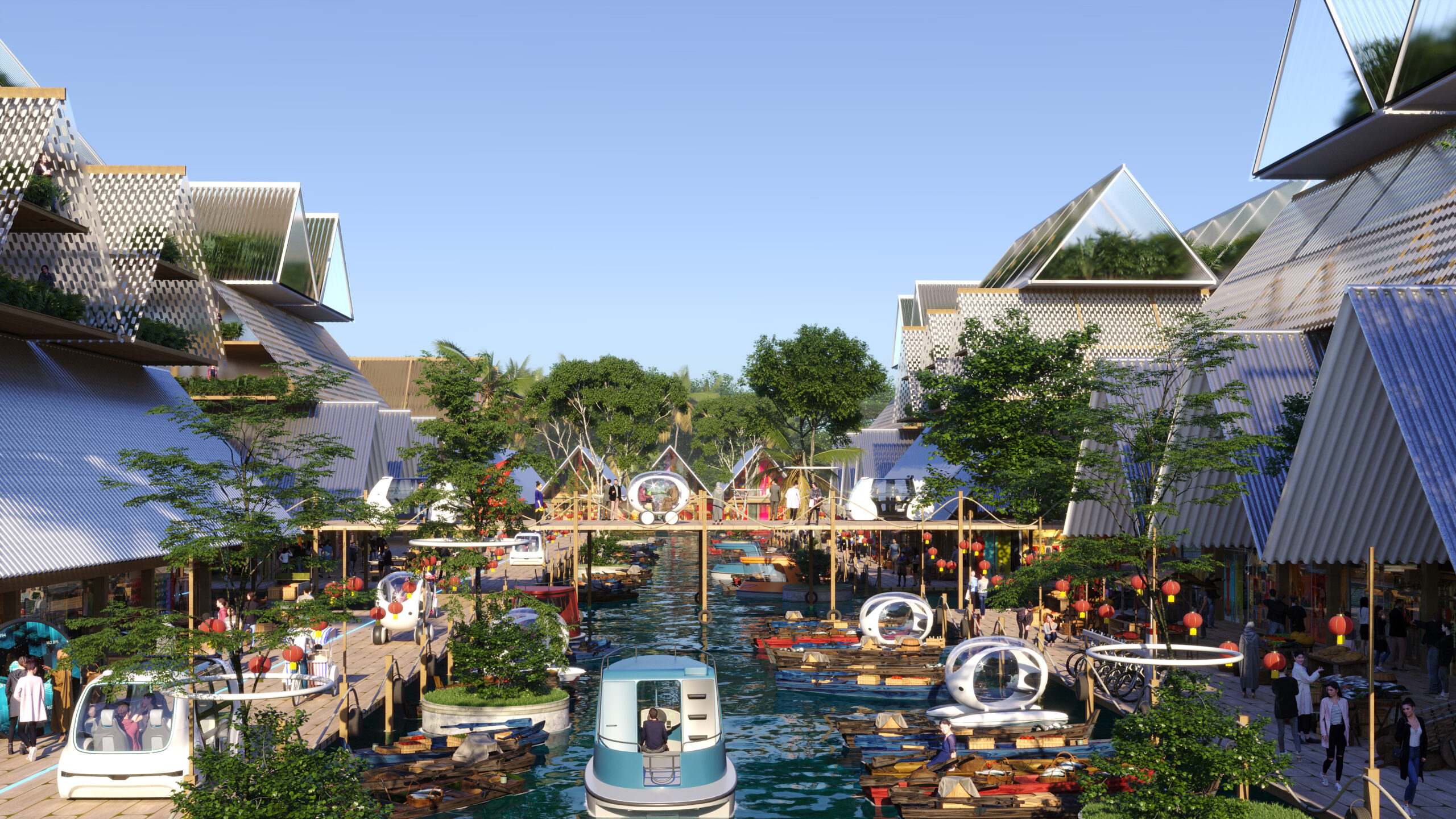 At its centre, a wave pool and technology park will include event and exhibition spaces where local and international visitors can “explore the world of technology, robotics and virtual reality”. 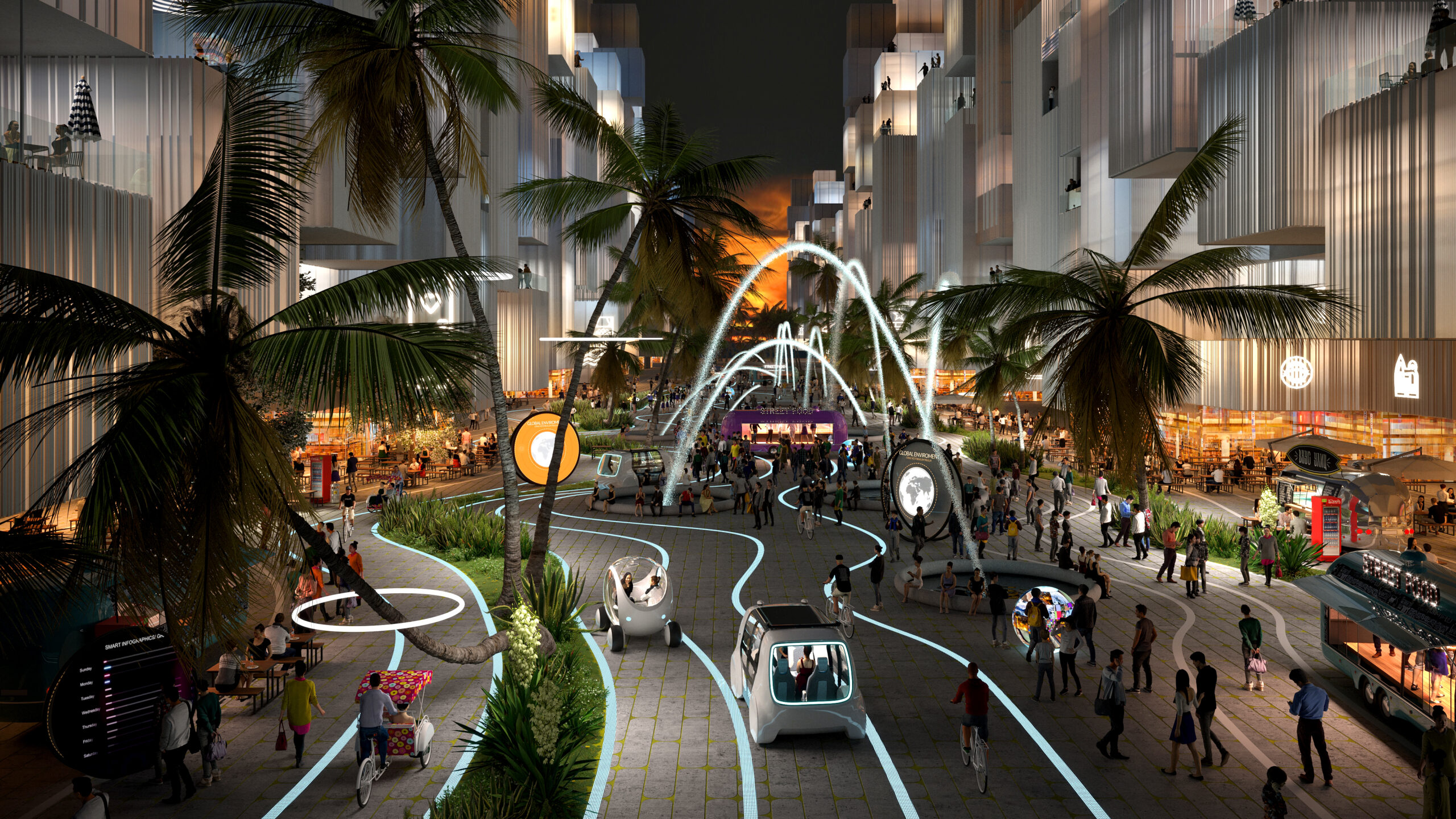 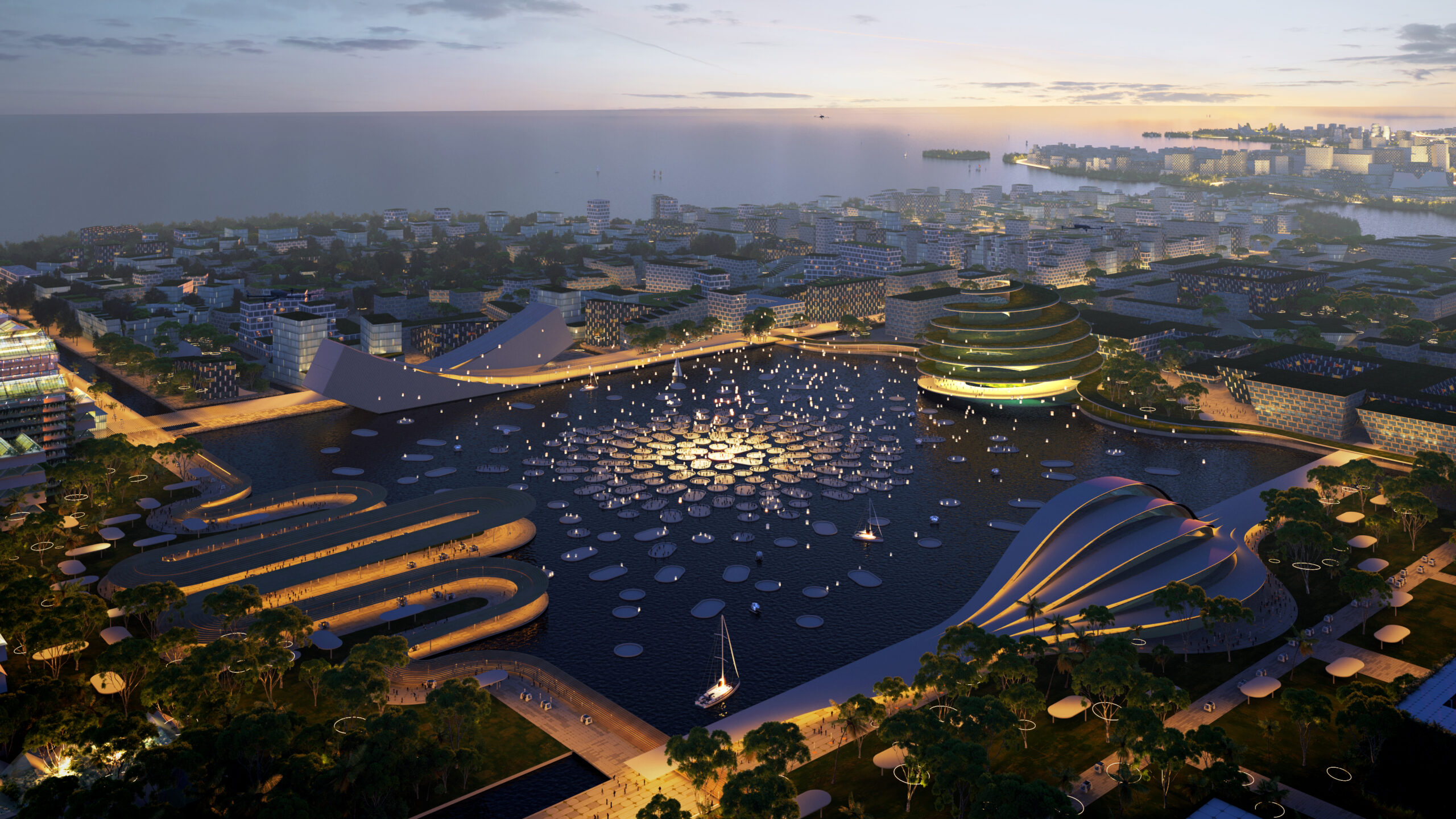 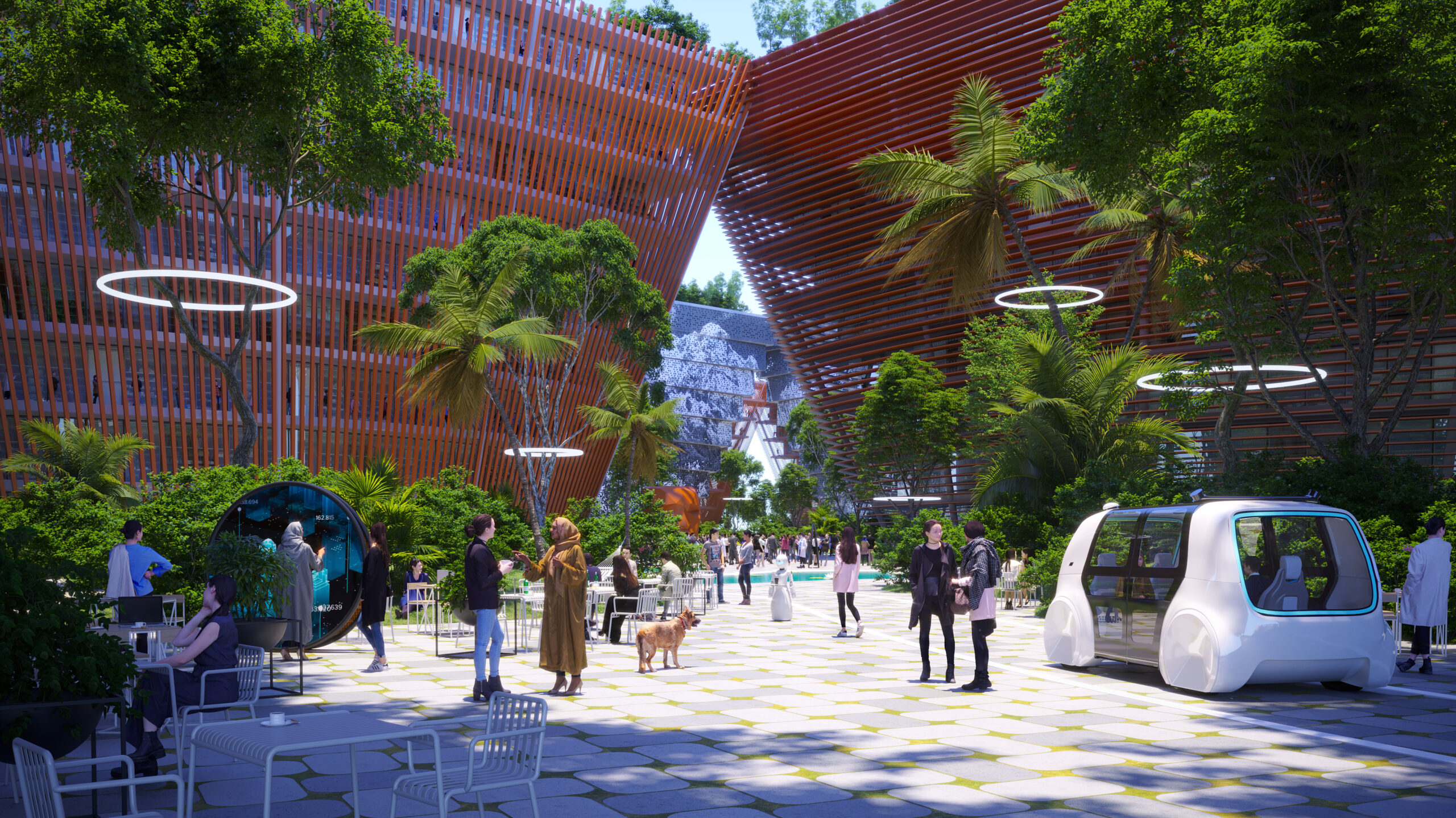 The second island, the Mangroves, is dedicated to business, though multiple civic amenities are intended to encourage public integration. In acknowledgement of its name, the island will be organised around a network of urban wetlands, with mangrove plants that can capture four times more carbon than a typical forest. 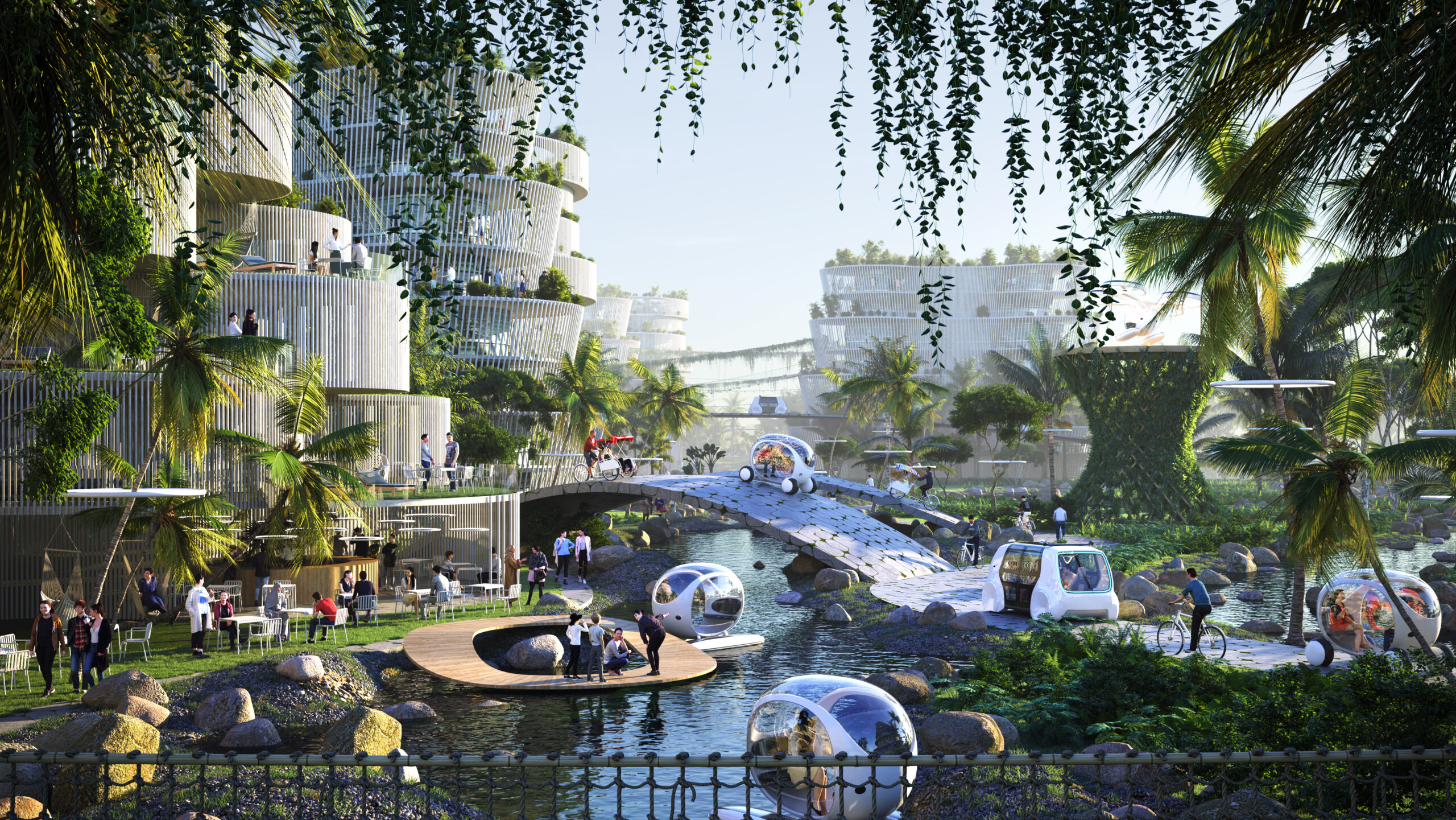 Buildings are designed with efficiency in mind, including green roofs, and will be constructed from bamboo, Malaysian timber, and “green concrete”, made from industrial waste and recycled materials. 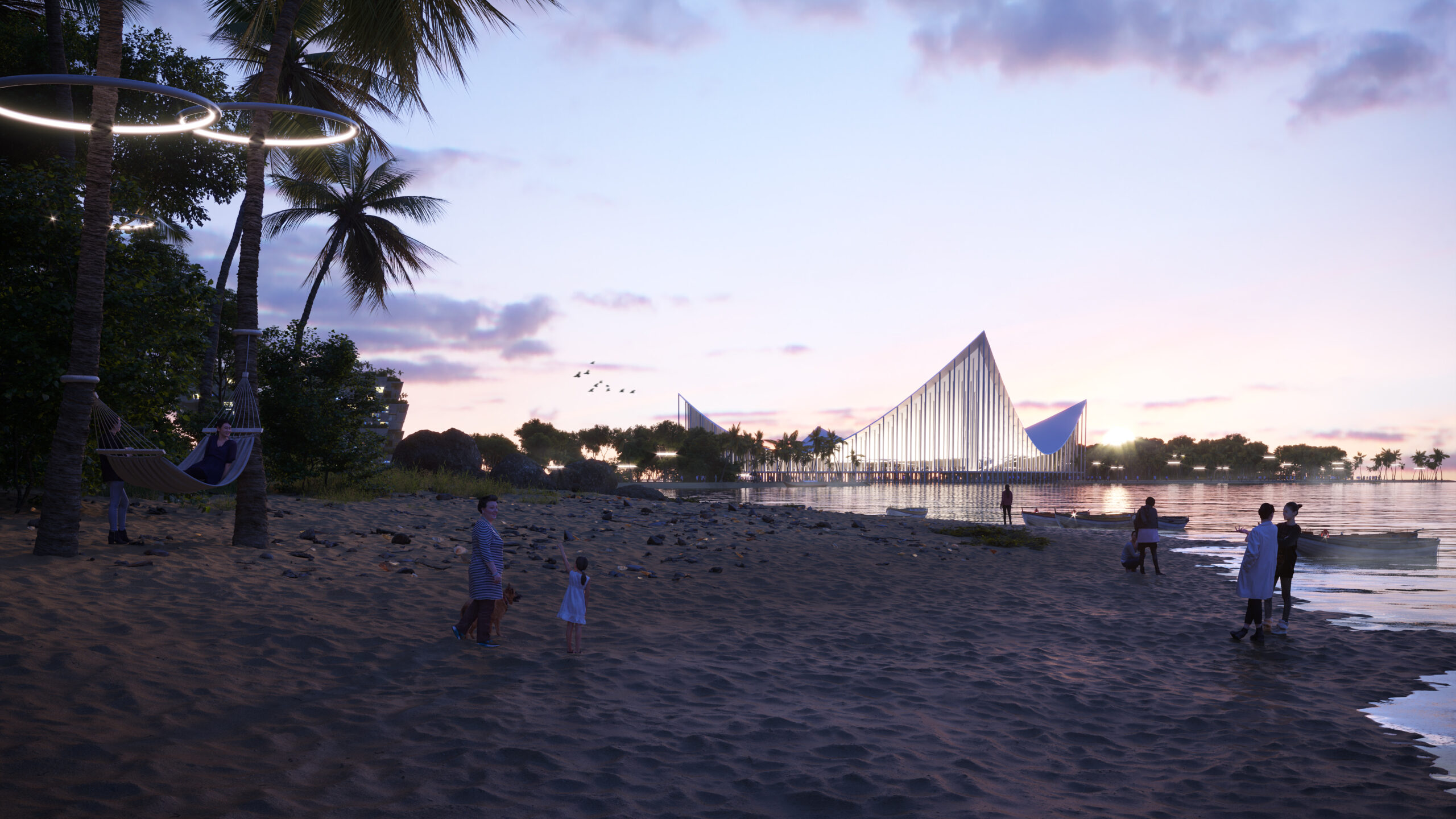 The Laguna, BiodiverCity’s westernmost lilypad, is an archipelago cluster of eight smaller islands around a marina. Housing units in floating, stilted and terraced buildings form “an oasis for ecological living.”

Along with internationally-owned yachts, landing points for local fishermen will provide access to the open water, while spawning grounds and fisheries will support local industry.

BIG’s design supports the Penang2030 vision for a “family-focused green and smart state”. The architecture firm has offices in Copenhagen, New York, London and Barcelona.