Norway’s Under restaurant serves seafood beneath the waves

Under restaurant accommodates 35 to 40 guests but at the time of opening to the public in March, 7,000 people had booked. Gaute Ubostad, who owns the restaurant with his brother, Stig, said that Under expects to attract around 12,000 diners each year, which means reserving a table is vital.

The restaurant is situated in Lindesnes, in Vest-Agder county, southern Norway, where the black, rocky coastline provides a dramatic backdrop. Half-sunken in the icy waters of the North Atlantic, Under invites guests to dine five metres beneath the surface, where a giant acrylic window provides views of the seabed and the marine life that resides there. 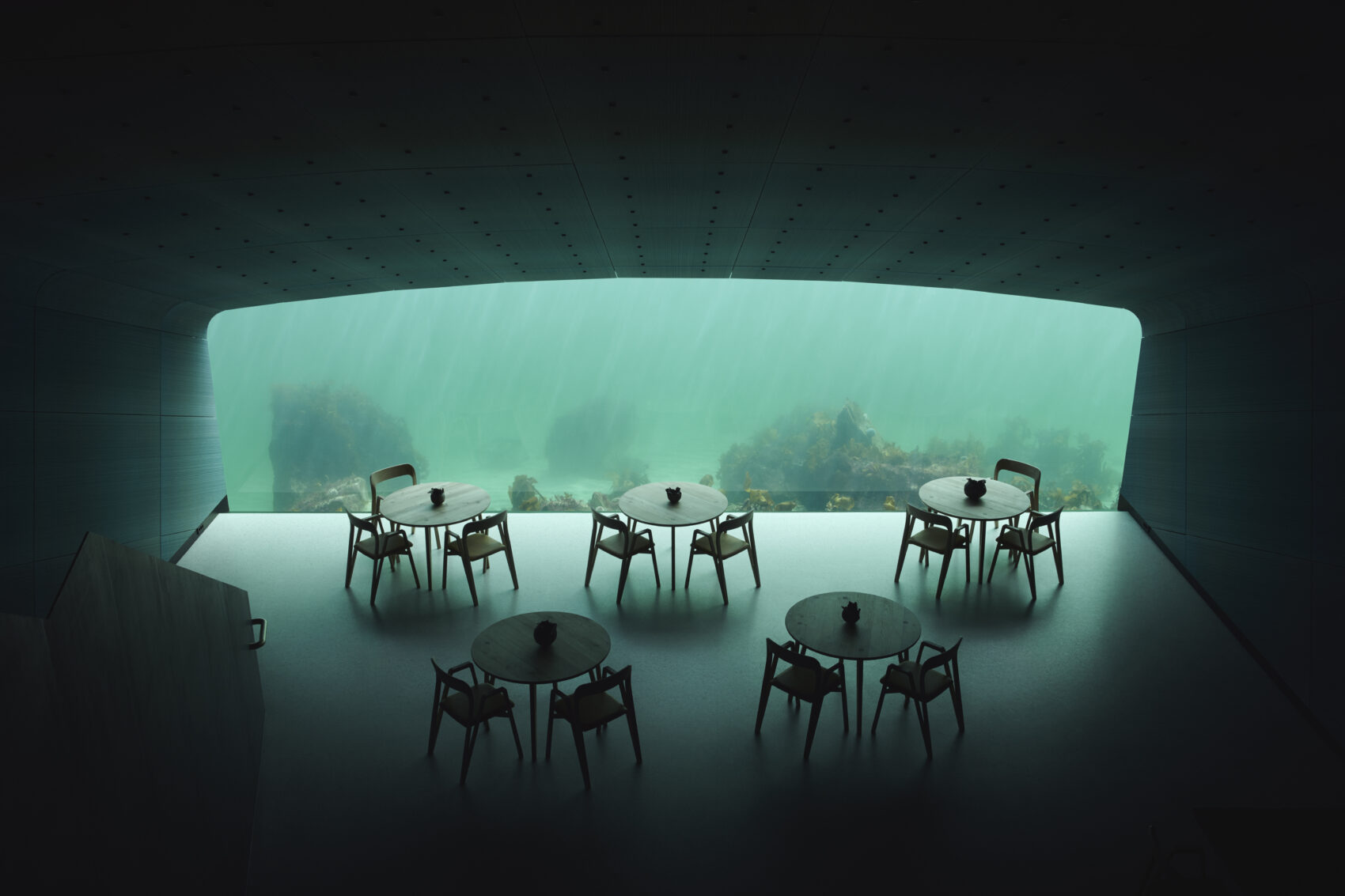 People enter the concrete monolith, which looks like it is sliding into the water, via a concrete walkway that leads to a wooden terrace on one side. The submerged part of the building doubles as an artificial reef, providing a surface for limpets and kelp to grow on.

Designed by Norwegian architecture firm Snohetta, Under has been developed with an equal focus on architecture, gastronomy and aquatic research. 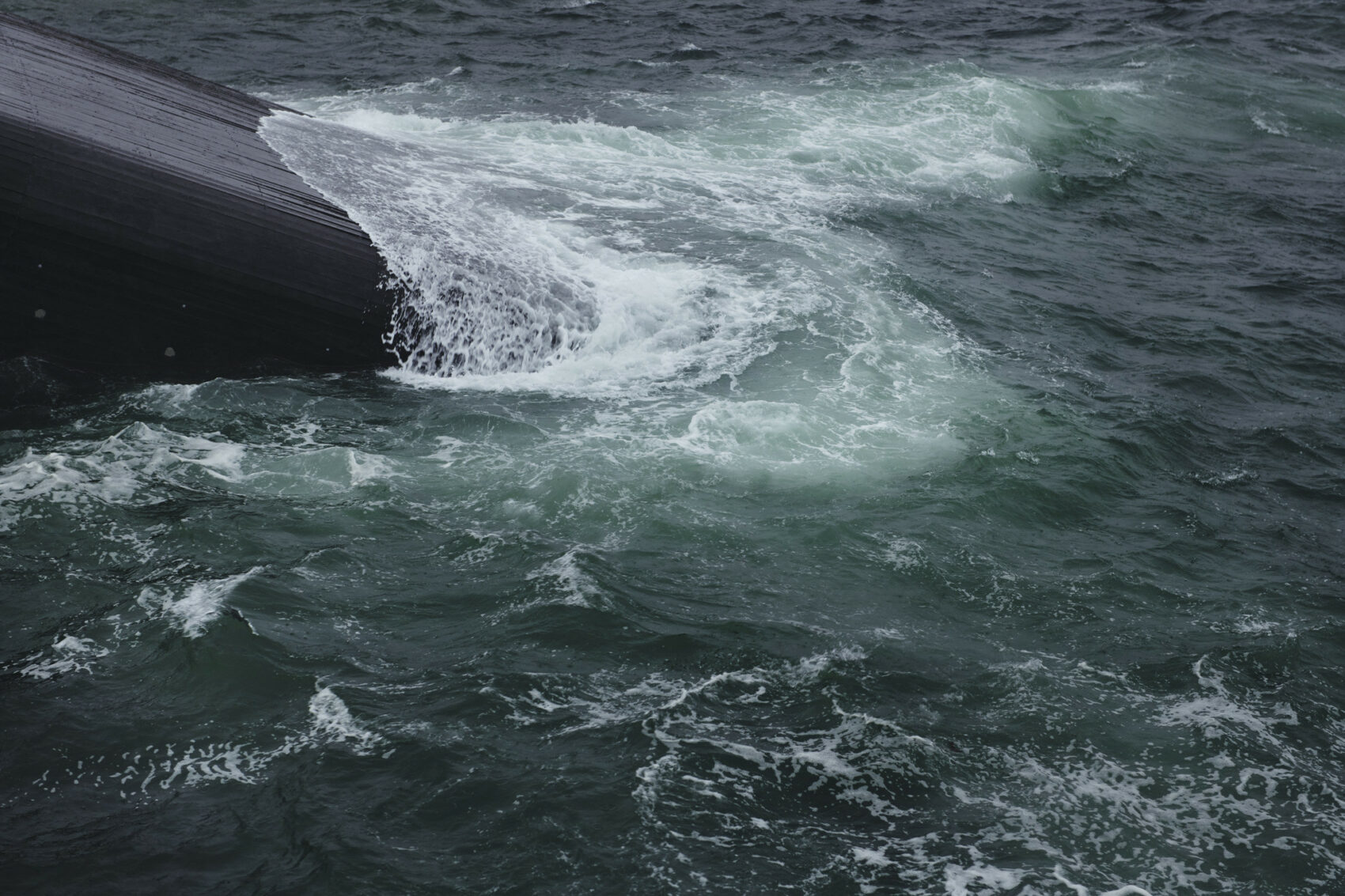 Inside, the tables and chairs are all made of wood, the walls and floors are clad in oak, and there’s an eight-metre concrete staircase leading to a minimalist interior that is said to enhance the ethereal aesthetic created by the water, which floods the room with turquoise light. It’s like a cross between a sauna and a cinema. 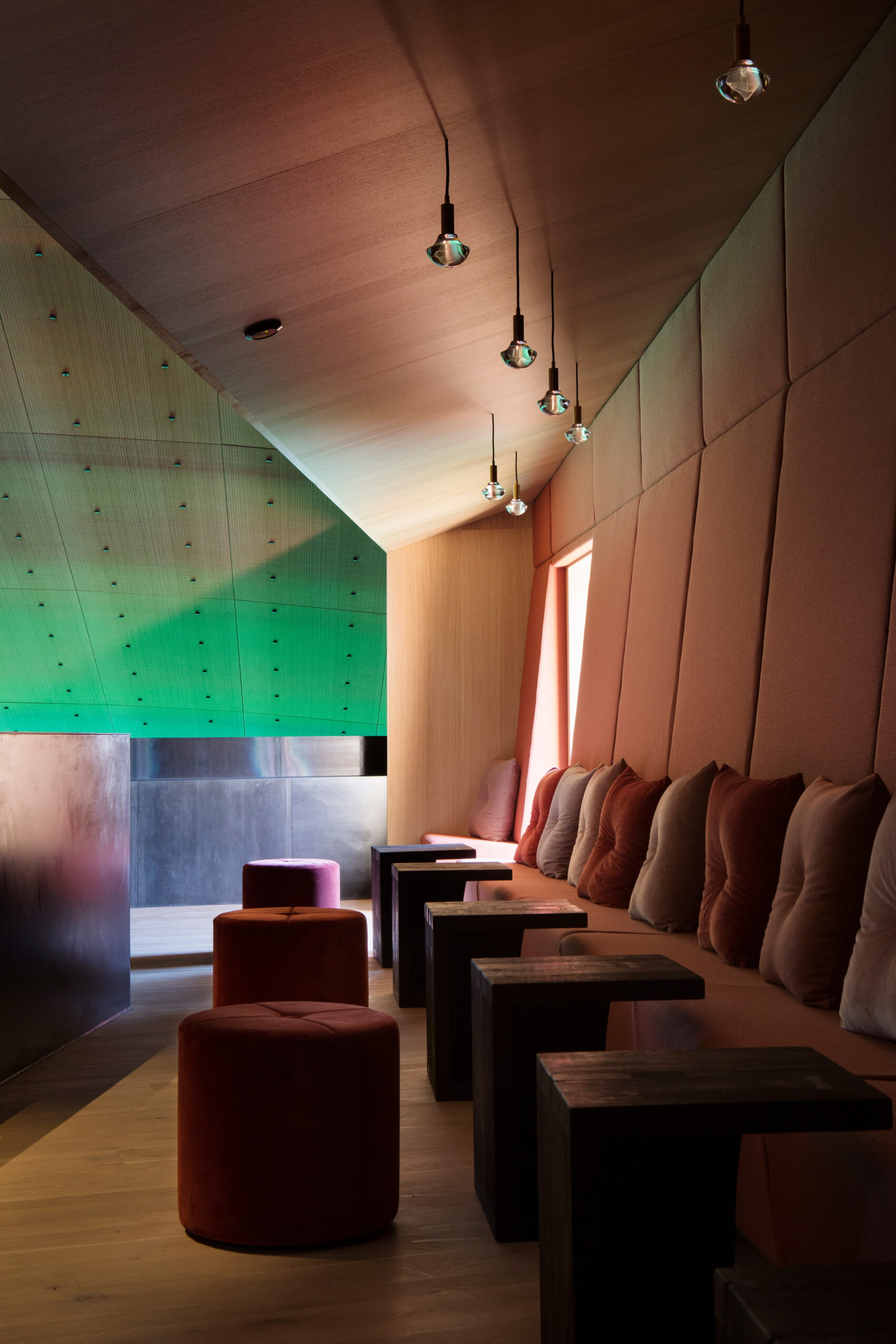 Speaking to Reuters, Snohetta founder Kjetil Traedal Thorsen said: “The fascination is just this movement from above water to underwater through the building. The 3.4-metre-tall window exposes the underwater not like an aquarium, it’s the real thing.” 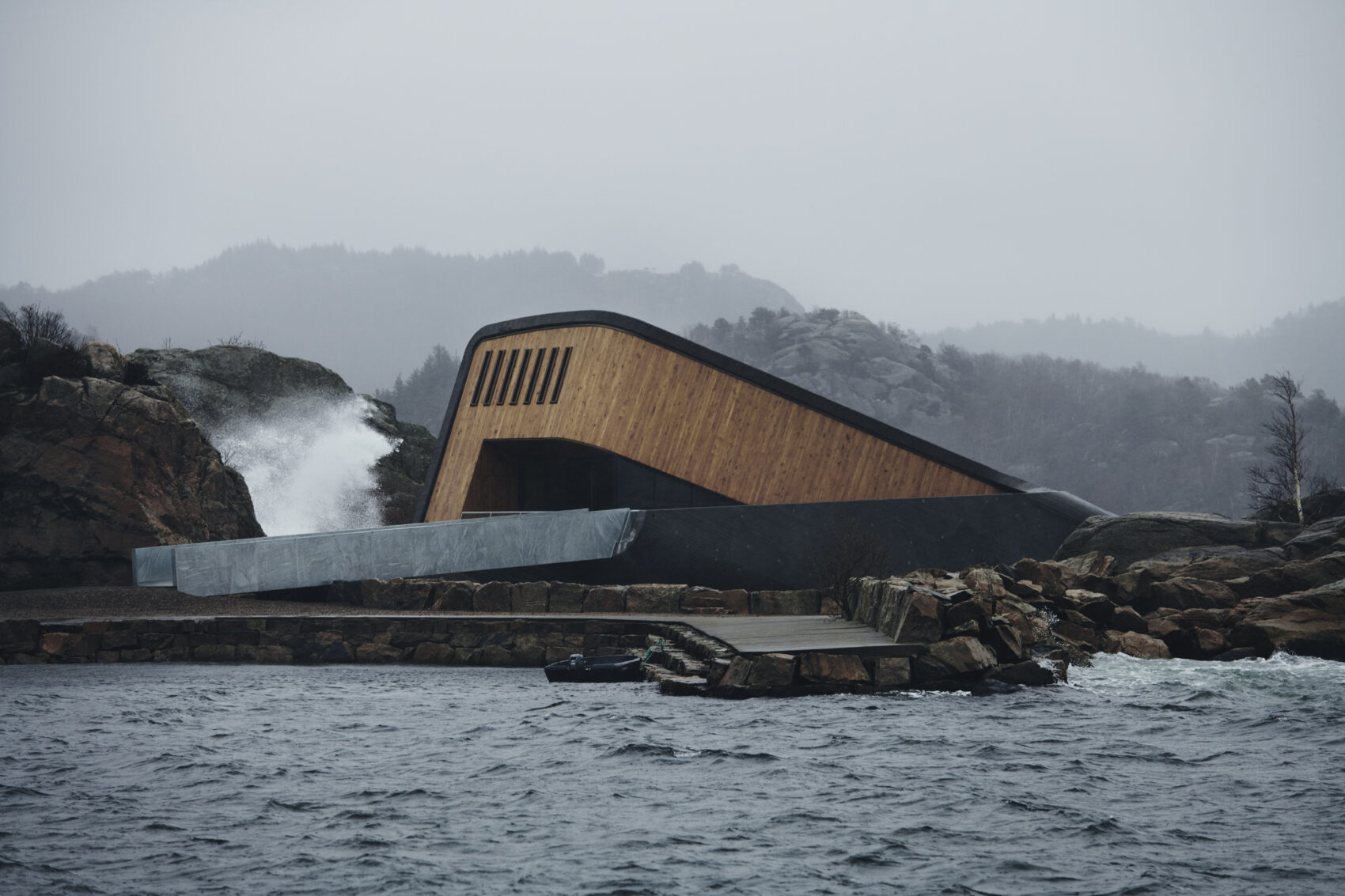 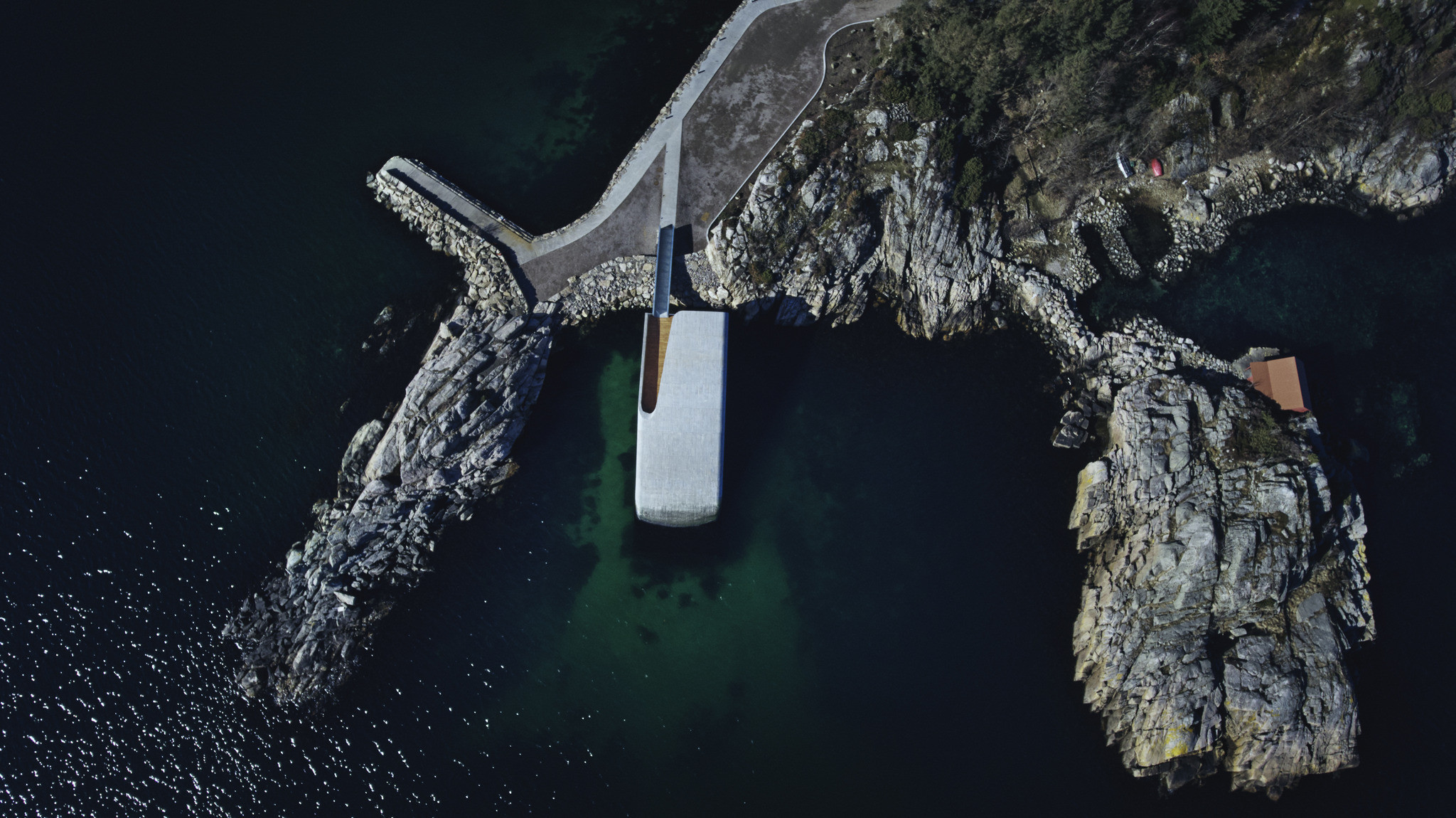 Meanwhile, head chef Nicolai Ellitsgaard has brought together an international team of 16 people with experience from top Michelin restaurants to work in the kitchen.

Fresh ingredients and “pure, naked flavours” are of the utmost importance at Under. “We want to provide a unique dining experience that ushers our guests beyond their comfort zone,” Ellitsgaard said.

Guests dine on a seasonal set menu that sources ingredients from the sea surrounding coast, meaning the journey food takes to the plate is minimal. 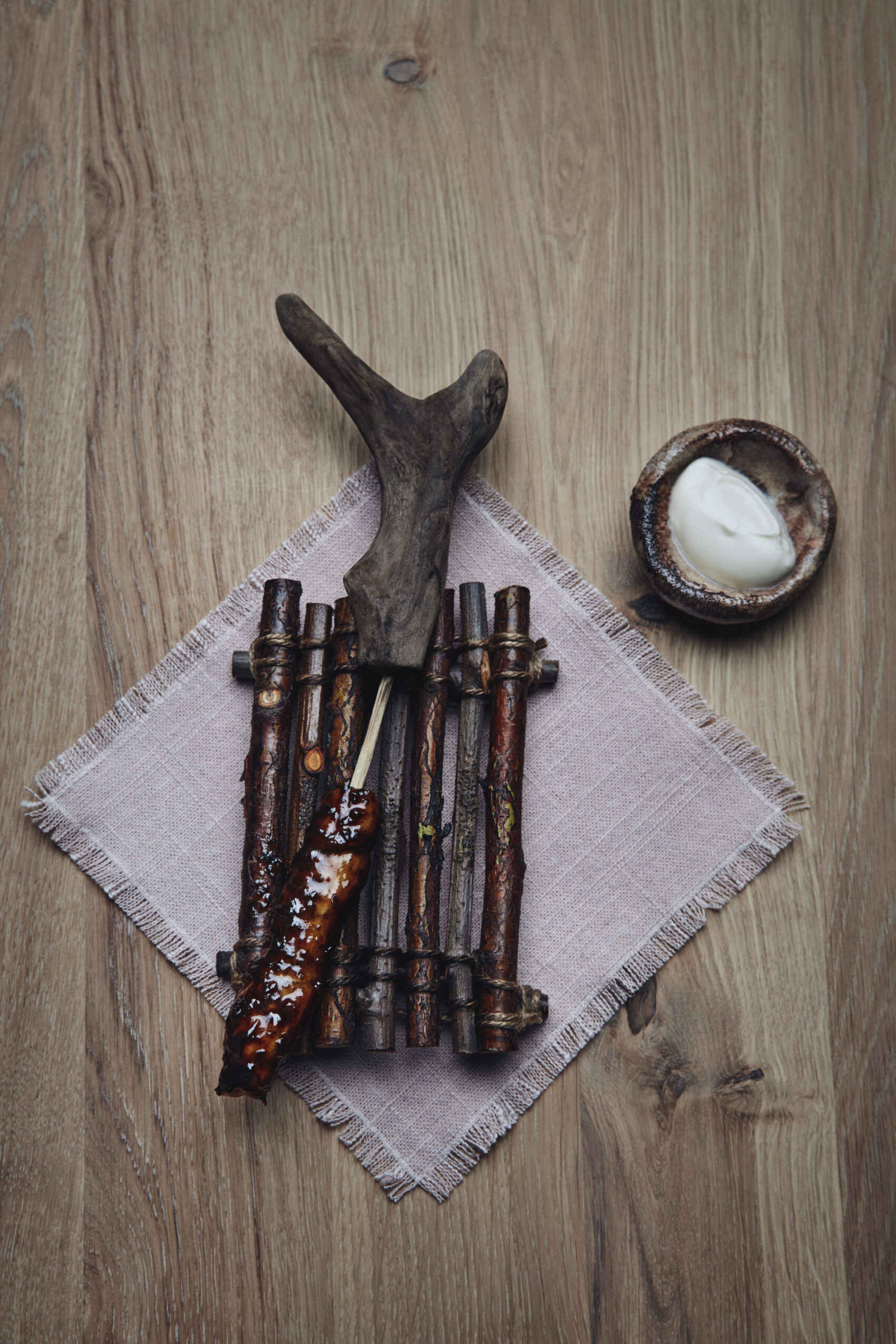 “We are so fortunate,” said Ellitsgaard. “Not only is the sea filled with a vast amount of delicious fish and countless types of shells, but the beaches here also offer plenty of exciting ingredients.” 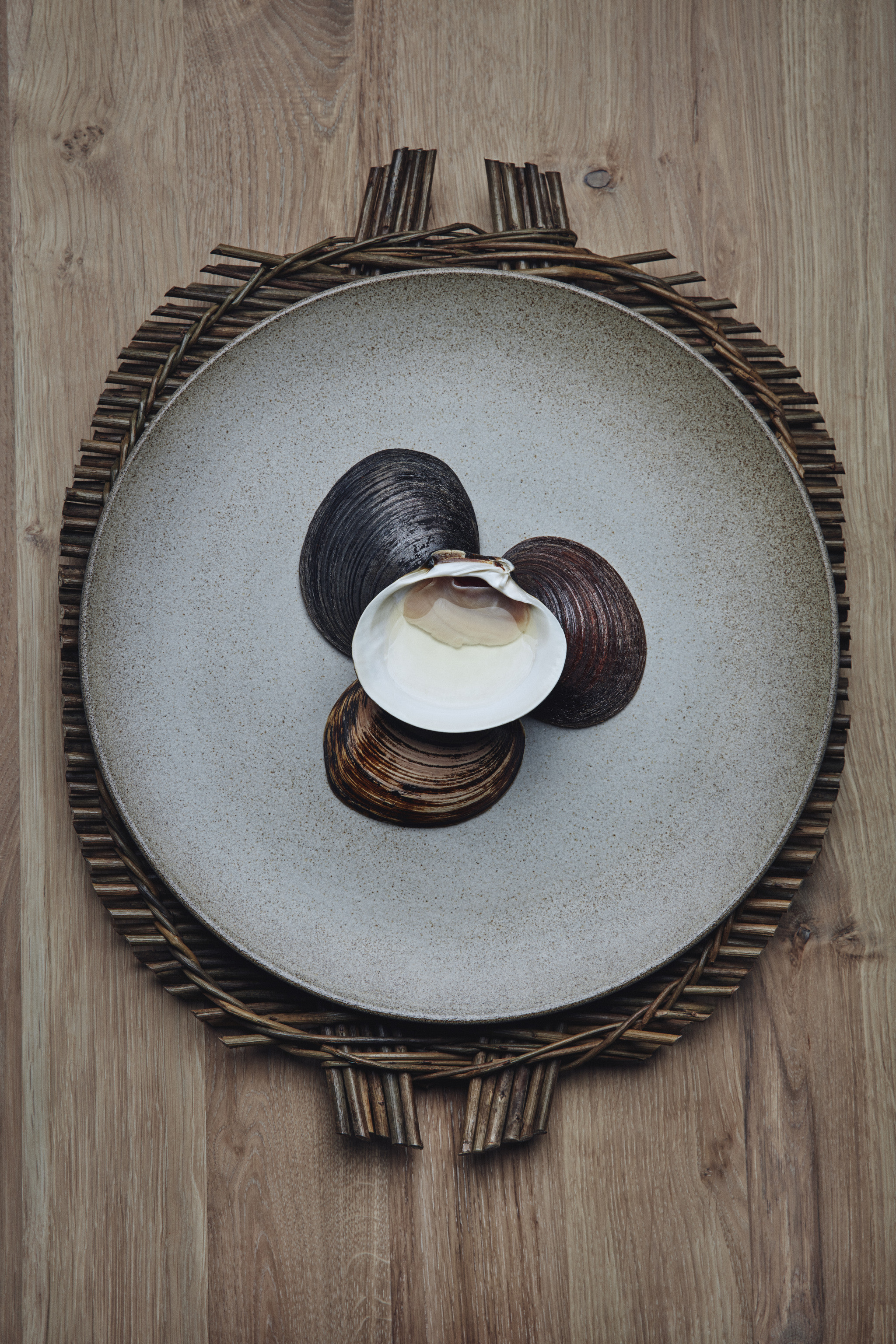 Beyond the menus, Under is dedicated to using the building for marine research. Under is intended to welcome interdisciplinary research teams studying marine biology and fish behaviour with cameras and other equipment installed on the structure.

The goal is to monitor the population dynamics of key species and create new streams to improve official marine resource management.