Gliding through the streets of Shanghai, the Wheelys Moby Mart is an autonomous, staffless, self-driving mobile grocery store that has been in beta testing for the past eight months or so. Open 24 hours every day of the year, it merges online and offline retailing. There are no queues, no cash and no checkouts – customers just scan the items they want with their smartphone and walk out. Jenny Southan reports

The Moby Mart heralds a new era for robo retail, a trend that I reported on in my recent Tomorrow’s World column for Mr Porter. “From Japan and South Korea to the UK and Canada, robots (albeit not all in human form) are taking over human jobs. Mr Yuval Noah Harari, author of Homo Deus, predicts that by 2050, a new class within society will emerge – the ‘useless class’, people who are not just unemployed but unemployable.

“As artificial intelligence catches up with humans and looks set to soon outperform them in skills and professions, from translating Mandarin to playing chess, in just a decade or two, there may no longer be a need for human fast-food chefs, taxi drivers, waiters, tour guides or security guards.” Or in this case, shop assistants. 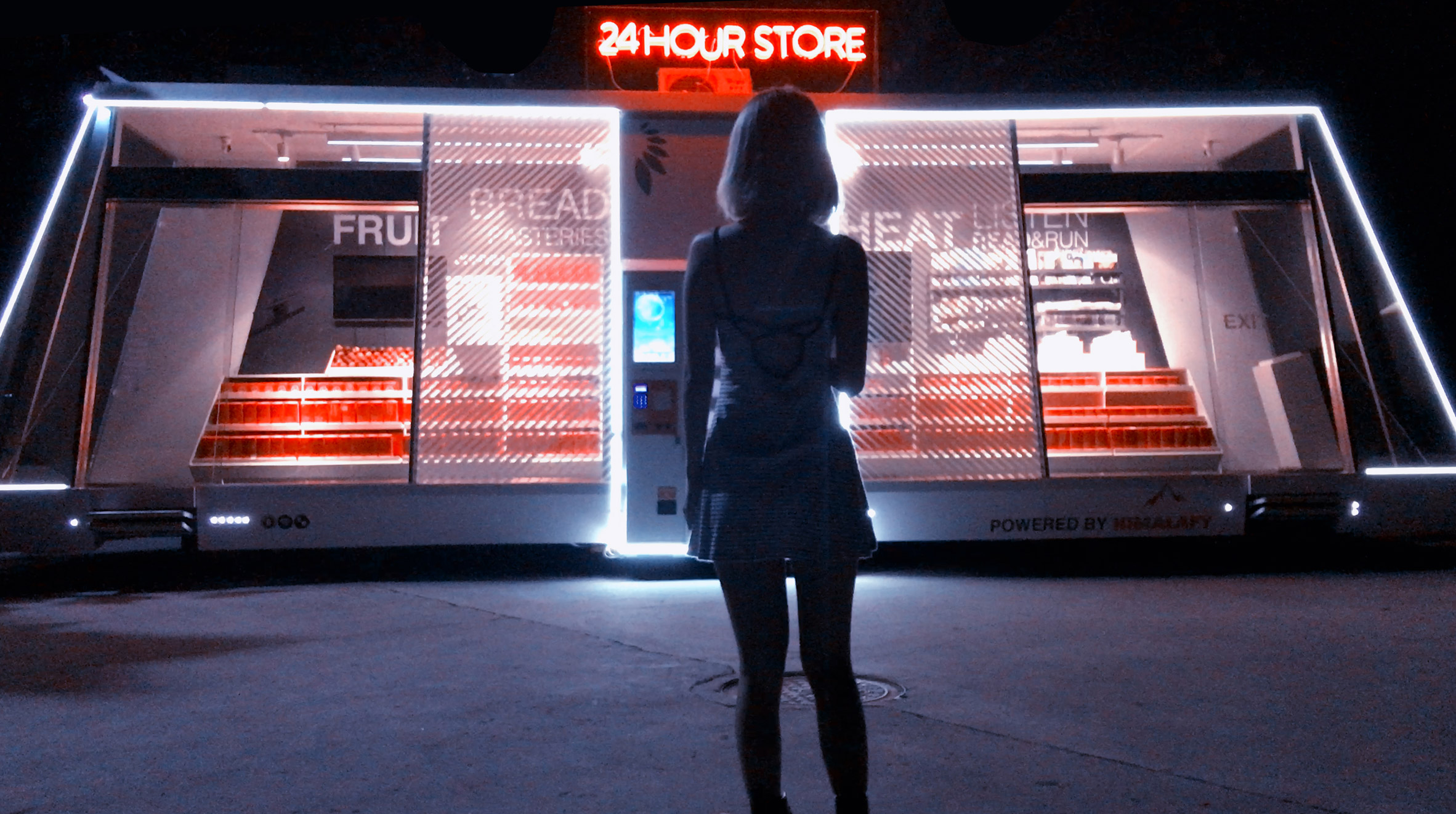 Dubbed “the supermarket that comes to you”, the Moby Mart project is the product of a collaboration between Swedish mobile organic cafe startup Wheelys, tech company Himalafy and China’s Hefei University of Technology. It’s also sustainable, with solar panels to power it and a built-in air purifier to remove pollution. 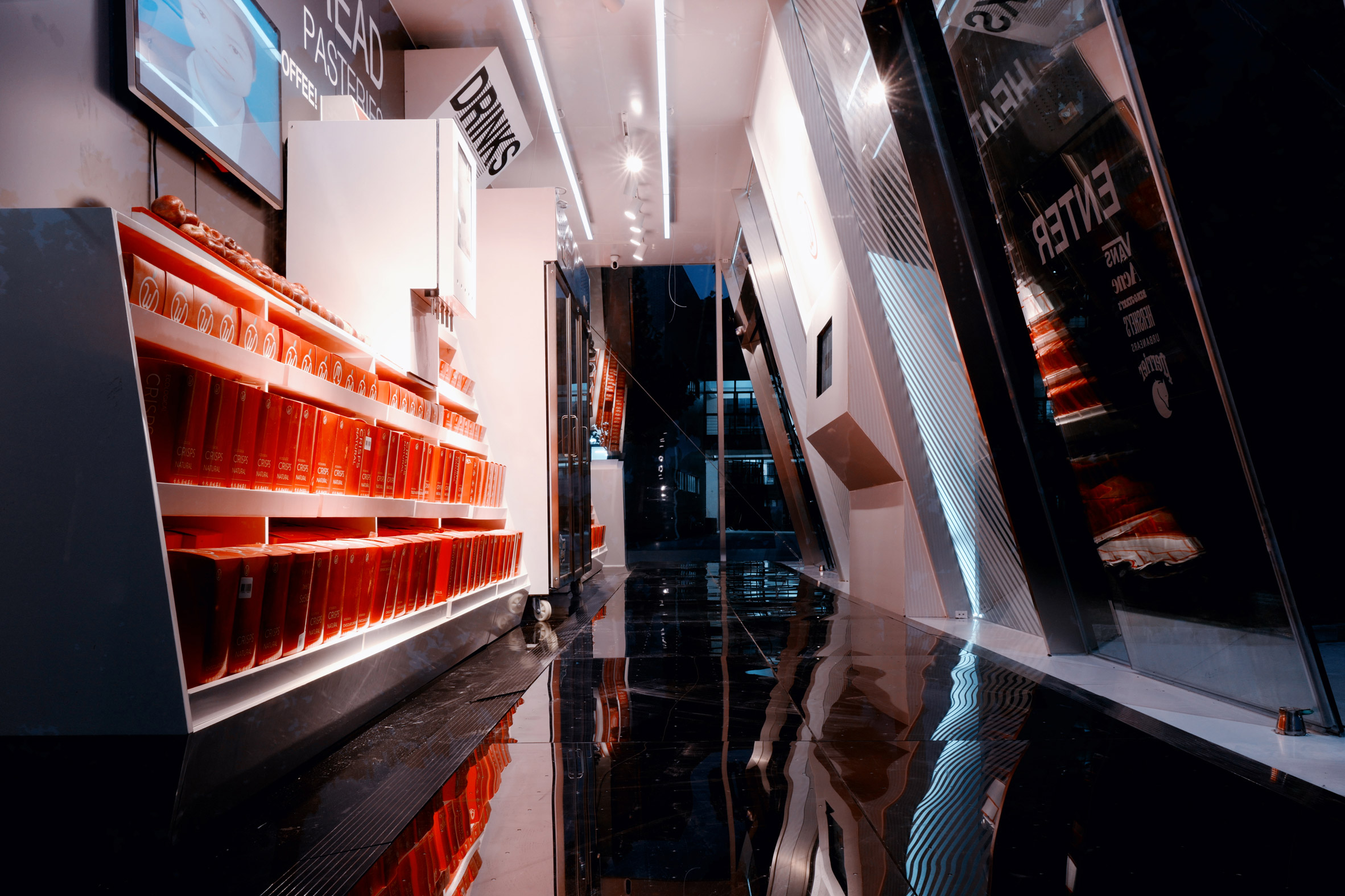 Himalafy says: “The Moby offers products for immediate consumption such as milk, lunch or medicine over the counter, around the clock. Just enter the store, take what you need and leave. Other stuff, such as computers, light bulbs, or even your Thanksgiving turkey, can be ordered either in the Moby-Store or on the web and picked up at your convenience at your nearest Moby.” 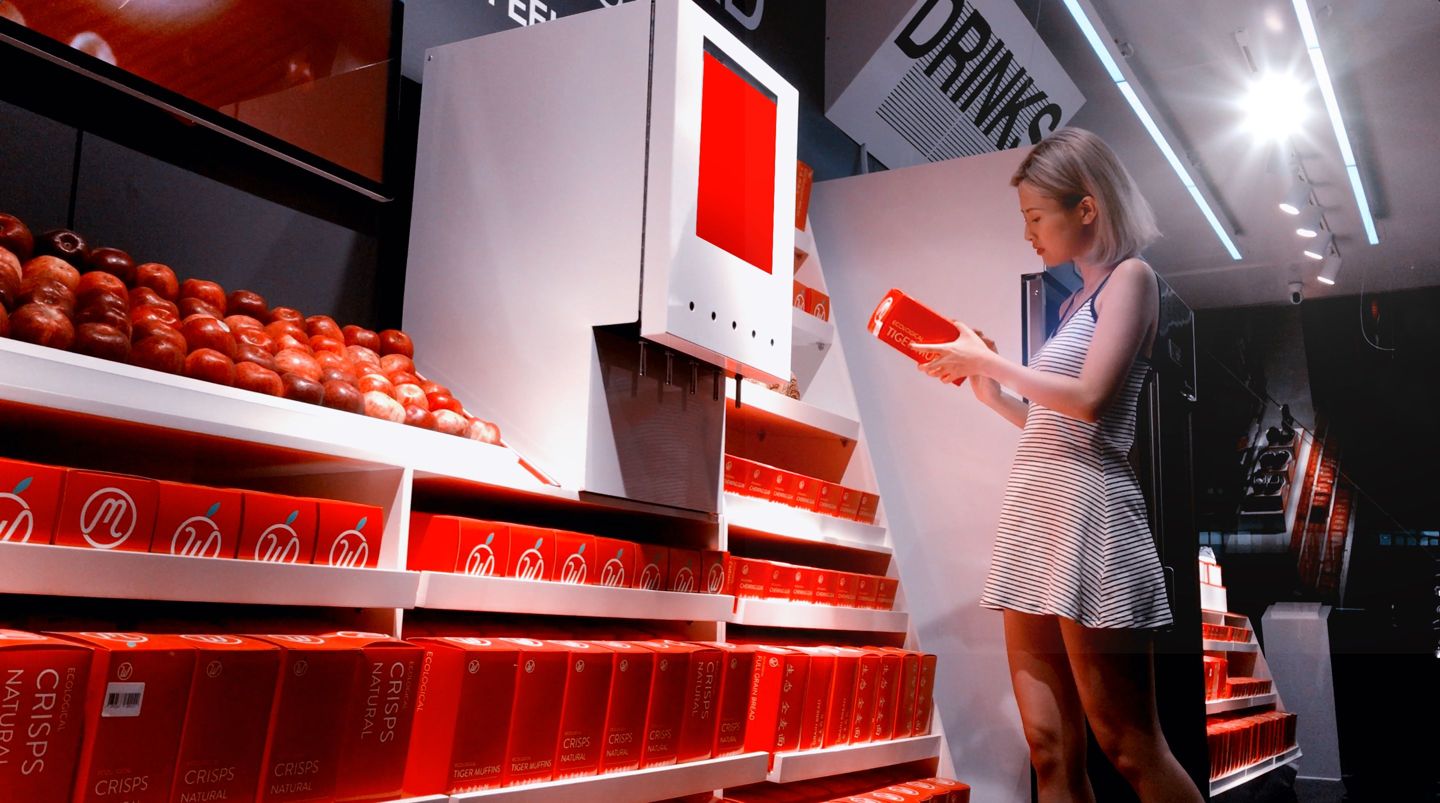 Himalafy adds: “By using AI, some patented inventions, and the famous cloud, the Moby eliminates visible technology, creating the simplest shopping ever and offering the same product range in Iquigig, Alaska, as downtown Manhattan.” 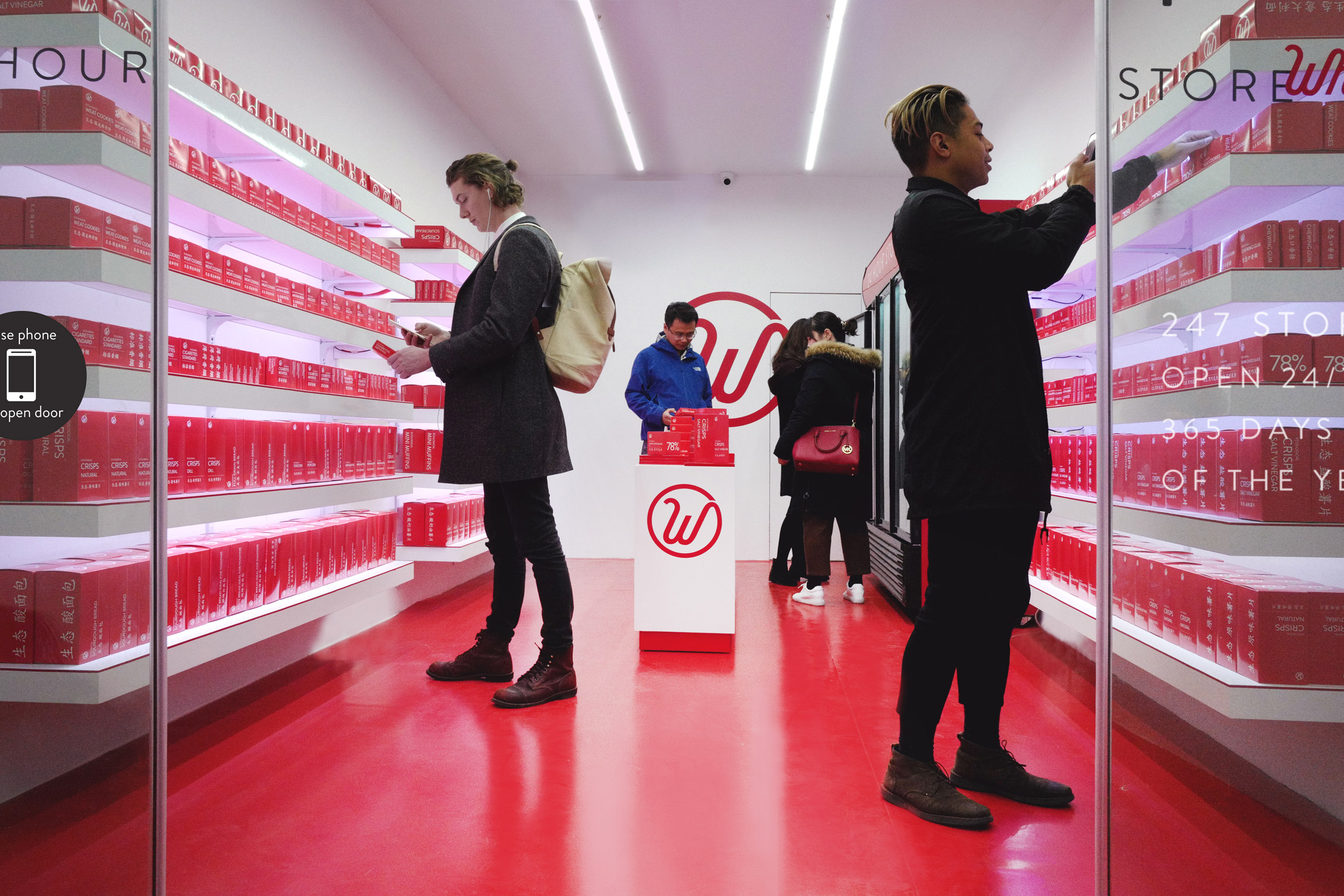 Although the prototype that has been seen in Shanghai has been people powered, future iterations will not only use computer vision to navigate the city but be drone equipped for deliveries. Built-in sensors will also alert warehouses when it is time for the store to be restocked.

How do you use it? Customers have to log on to a dedicated app to find their closest Moby Mart and open the door with their smartphone. 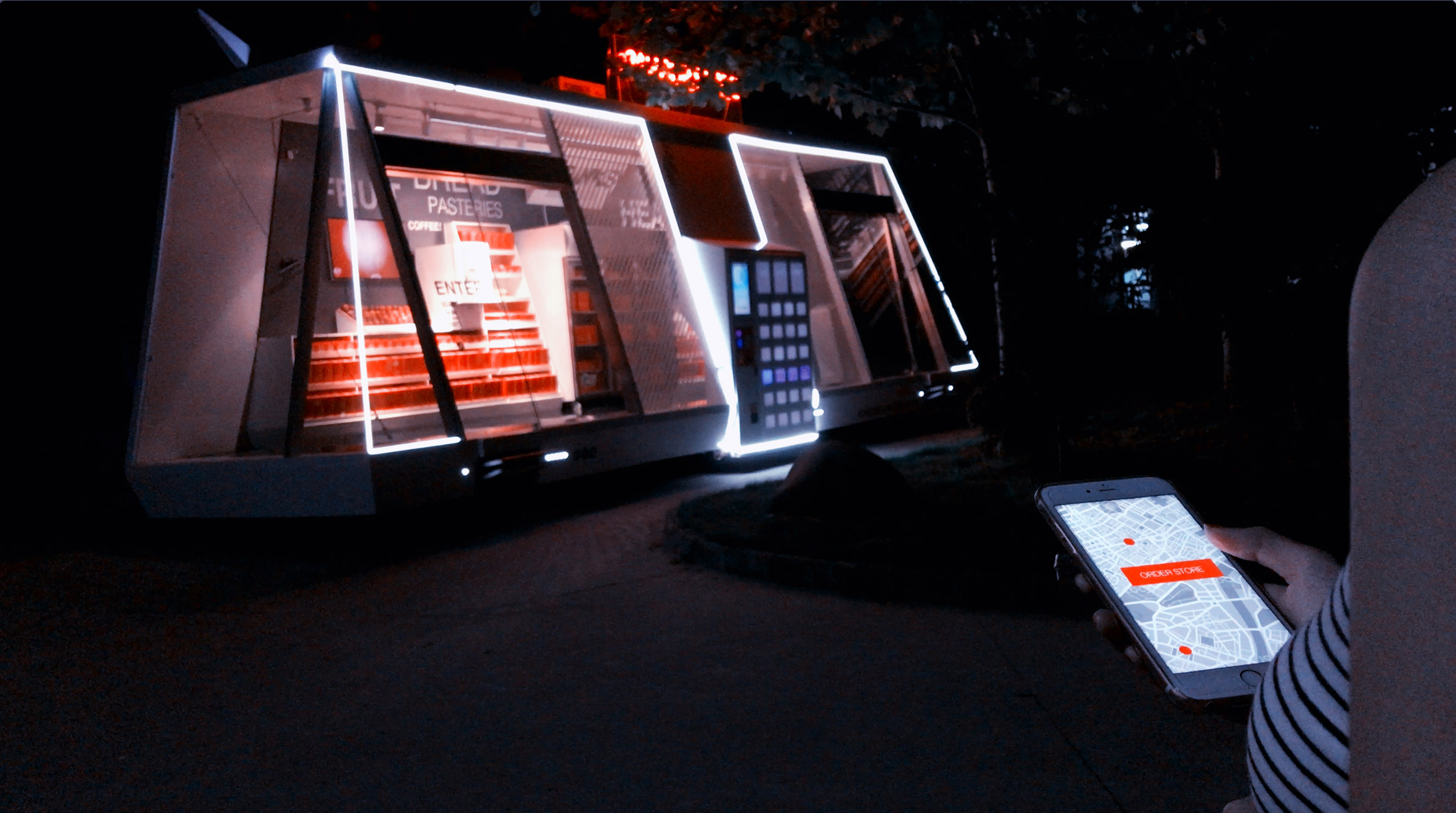 Once inside, a voice from a holographic assistant will greet them by name and when they have decided on what they want to buy, all they have to do is scan the bar codes and walk out. 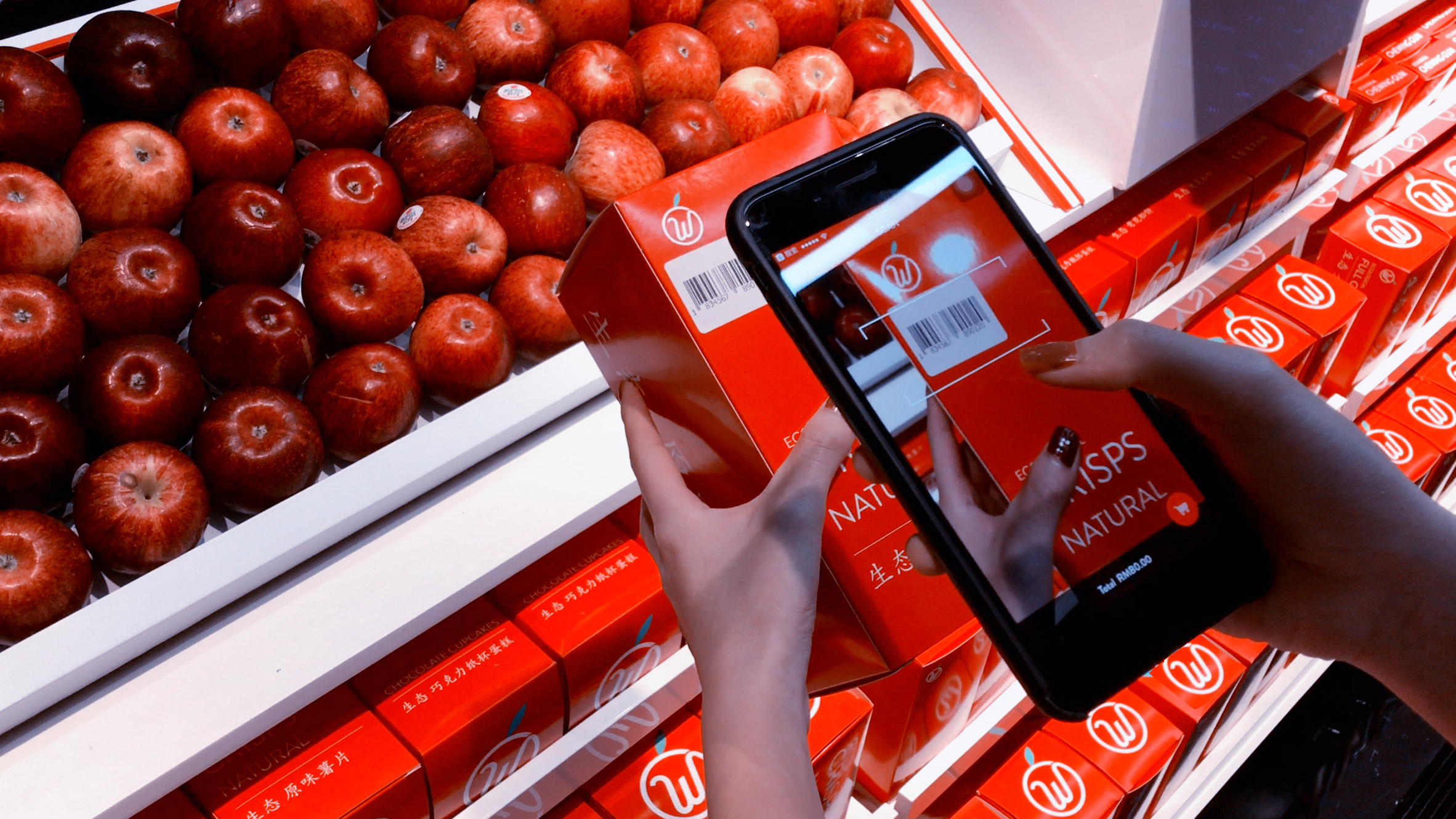 The Moby Mart will sell everything from crisps, fruit and magazines to nail clippers, cigarettes and Nike trainers, and payments will be take automatically via the app, which is connected to individuals’ bank accounts in the same way Uber is. 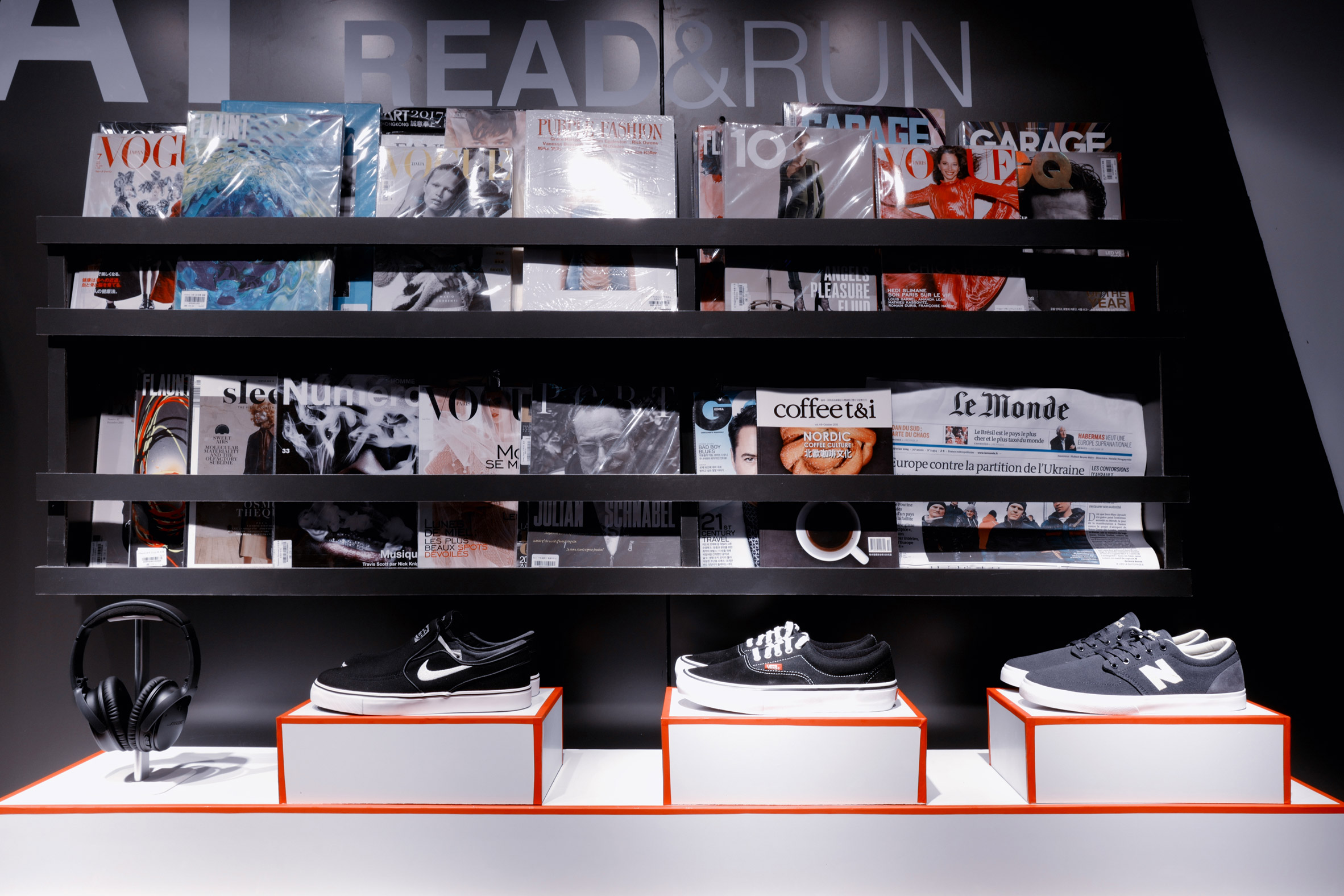 The CTO of Wheelys says: “In the coming decades, retail as we know it will disappear. Stores will become powered by apps, they will become accessible 24/7, and they will become mobile.” According to Wired, the Moby Mart stores will cost $100,000  to develop and there are plans to introduce more this year.

This isn’t the world’s first example of a staffless, automated grocery store, however. The remote Swedish town of Viken has had Naraffar since 2016, and it works in a similar way to the Moby Mart (it’s also owned by them) except it’s not mobile. Locals just use an app to gain entry, scan the goods they want and leave.

Founder Robert Illijason said: “My ambition is to spread this idea to other villages and small towns. It is incredible that no one has thought of this before.”

Meanwhile, online retail giant Amazon opened its first automated store, Amazon Go in Seattle, to the public in January 2018. But it’s only open from 7am to 9am.