A wildly futuristic restaurant called Sushi Singularity will open in Tokyo in 2020, serving 3D-printed, nutrient-rich sushi cubes. Not only this, but the food will be highly personalised, designed to meet the unique biometric requirements of individual diners. Jenny Southan reports

How will Sushi Singularity know what vitamins and minerals customers most need? It will test their saliva, urine and, yes, faeces in advance before robots behind a bar will construct their order.

It’s the madcap idea of Japanese company Open Meals, which is truly innovating by blending 3D printing with biodata, to get a picture of people’s genetic make up and nutritional status.

It’s sounds bizarre but Globetrender predicts that this is a sign of things to come. Open Meals showcased the concept at SXSW festival last year, and is set on opening its Sushi Singularity restaurant in time for the start of the new decade.

What will the customer experience be like at Sushi Singularity?

Rather than having to make an awkward visit to the bathroom when they get there, potential diners will be sent a test kit in advance of their reservation, where they will submit samples for laboratory assessment.

Judging by the promotional video, they will also send a photo of themselves. This is so that facial recognition cameras can spot them when they arrive at the restaurant.

Once seated at the sushi counter, their biometric data will be fed into a computer, which will then inform the 3D printer of how to formulate the food. 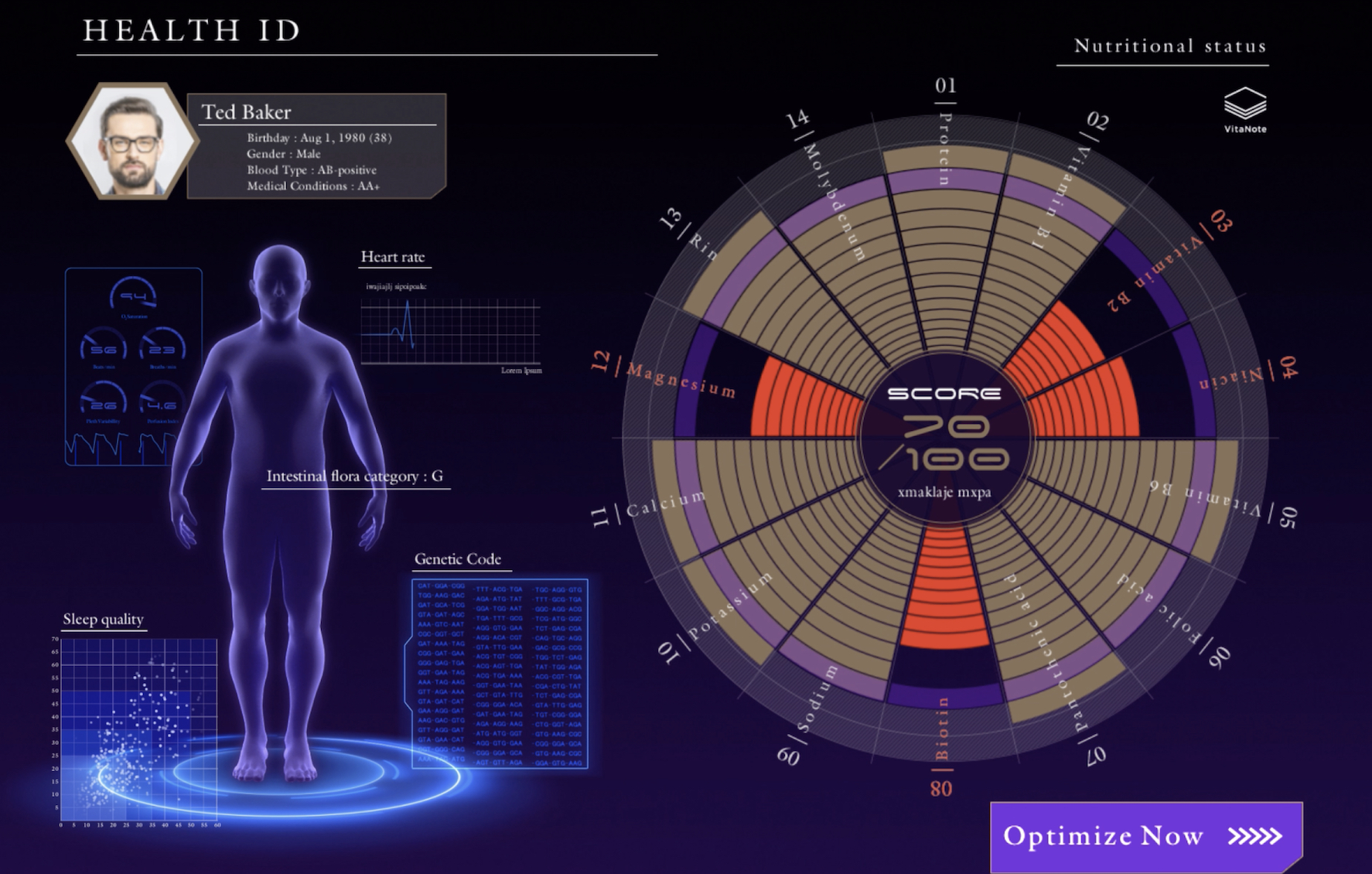 When the company debuted 3D printed sushi at SXSW festival in Austin in 2018, it used a process they dubbed “Sushi Teleportation”. They sent people’s order to a 3D printer, which would miraculously extrude food in pixel form as if from the world of Minecraft.

Now they have taken the idea further, with the promise of Sushi Singularity, which will also draw on customer’s biometric data.

Described as the “iTunes of printed food”, Open House has built a prototype “Food Base”, a platform that stores food data from all over the world, logging the exact measurements relating to flavour, shape, colour, fragrance, nutrients and texture.

The idea is that data food chefs can upload their own recipes from anywhere in the world. In turn, a “social food network service” will be created, meaning that one day, when people have 3D food printers in their homes, they too will be able to print the meals they like the sound of.

“This is a futuristic restaurant in which sushi is digitised and connected to the internet,” says Open House.

What will be on the menu?

Whilst seated at the counter being fed “data food” by a human chef, which acts as a go-between between customer and robot, diners will have a full view of the workings of the machine.

They will be able to spot the food cartridges containing ingredients such as seaweed and crickets that are mixed with water, enzymes and and fibre.

There will be nutrient cylinders containing 14 different vitamins and minerals that will be injected into the mix depending on your needs.

And an “alginate fermenter” that will be able to produce food in sphere shapes thanks to a chemical reaction between sodium alginate and liquid calcium. An artificial light farm will cultivate vegetables in enclosed spaces.

Powder-based raw materials will be baked into specific shapes using laser, while “light scattering analysis” ensure every piece of sushi produced is to the correct forms and dimensions.

Globetrender will be the first to make a reservation when Sushi Singularity opens.

By the way, what does “singularity” mean? It’s the hypothesis that “the invention of artificial superintelligence will abruptly trigger runaway technological growth, resulting in unfathomable changes to human civilisation”. Scary and exciting, we are sure you’ll agree.