Snøhetta’s low-impact Svart hotel (the word for “black” in Norwegian) will be located by a fjord just above the Arctic Circle in the Meløy municipality, and has been designed to require 85 per cent less power than a typical hotel. In fact, architect Zenul Khan has said it will be the “world’s most environmentally friendly hotel”.

With construction scheduled to begin in 2019, the hotel will be housed on a branch of one of Norway’s second largest glaciers, at the foot of Svartisen National Park in Nordland, with parts of the building anchored in one of the nearby fjord, offering 360-degree views of the surrounding water and landscape. 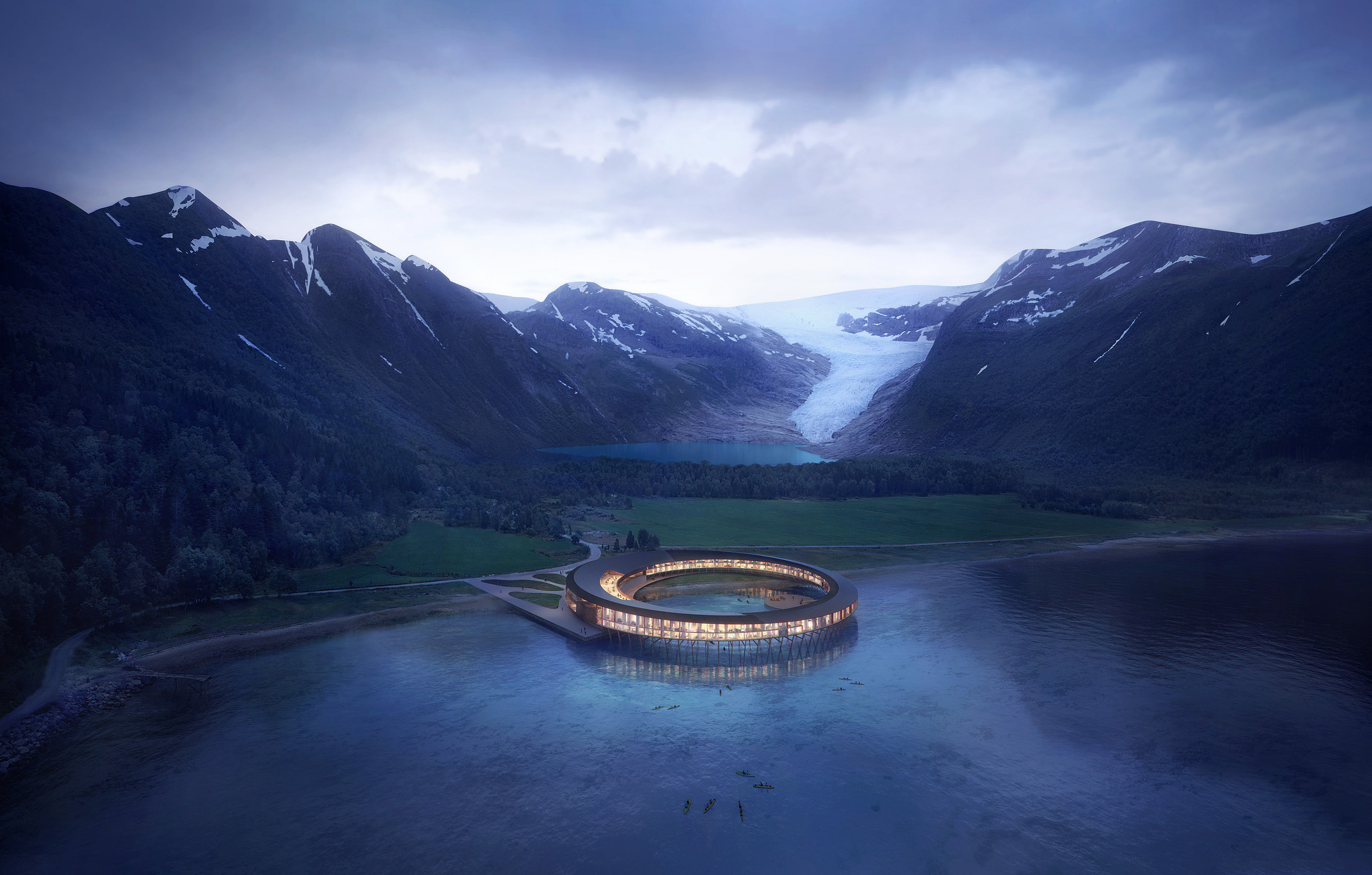 “Building in such a precious environment as that of Svartisen places some very clear demands on us as architects. We must safeguard the natural beauty of the area and protect the flora and fauna,” says founding partner of Snøhetta, Kjetil Trædal Thorsen.

Circular in design, the Svart hotel takes inspiration from a fiskehjell, a traditional wooden structure used for drying fish, and a rorbue, a traditional type of seasonal house used by fishermen.

It will be positioned so that the building gets as much direct sunlight as possible to benefit the solar panels on its roof, with large floor-to-ceiling windows along the exterior allowing for plenty of natural light in winter, and a façade that creates shade in summer to prevent the need for artificial cooling systems.

The Svart hotel will be impossible to access by car as much of the building will be suspended over water, but the poles that support the structure will serve as piers for boats to moor when the tides allow. Plans are in the works for an energy neutral boat shuttle from the city of Bodø.

Thorsen, says: “It is extremely important to us that Svart leaves a minimal footprint in the pristine Northern Norwegian nature. Creating an energy-positive hotel, which has a corresponding low-impact operation, has been absolutely crucial to developing a tourist attraction with a focus on sustainability and respect for the area’s rare plant species, its pure glacier water and its blue glacier ice within the unique community around the hotel.”