Why elite hotel brand Aman is a quietly ambitious trendsetter

One of the world’s most exciting ultra-lux hotel brands is 30 this year but its vision for the future is only just gathering pace. At the moment it has 31 resorts, hotels and private residences in 20 countries but over the next few years will be opening 11 more resorts of “architectural distinction” across Europe, South East Asia, the US, Japan and South America. Jack Southan reports

In January, the launch of the Amanyangyun on the outskirts of Shanghai, proved the culmination of a 15-year conservation project (one of the biggest in China’s history) with the relocation of an entire forest of 10,000 ancient camphor trees, along with 50 Ming and Qing dynasty houses from Fuzhou, 800km away. These have now be carefully preserved and repurposed to form the walls and grounds of a peaceful Aman spa retreat (pictured below). 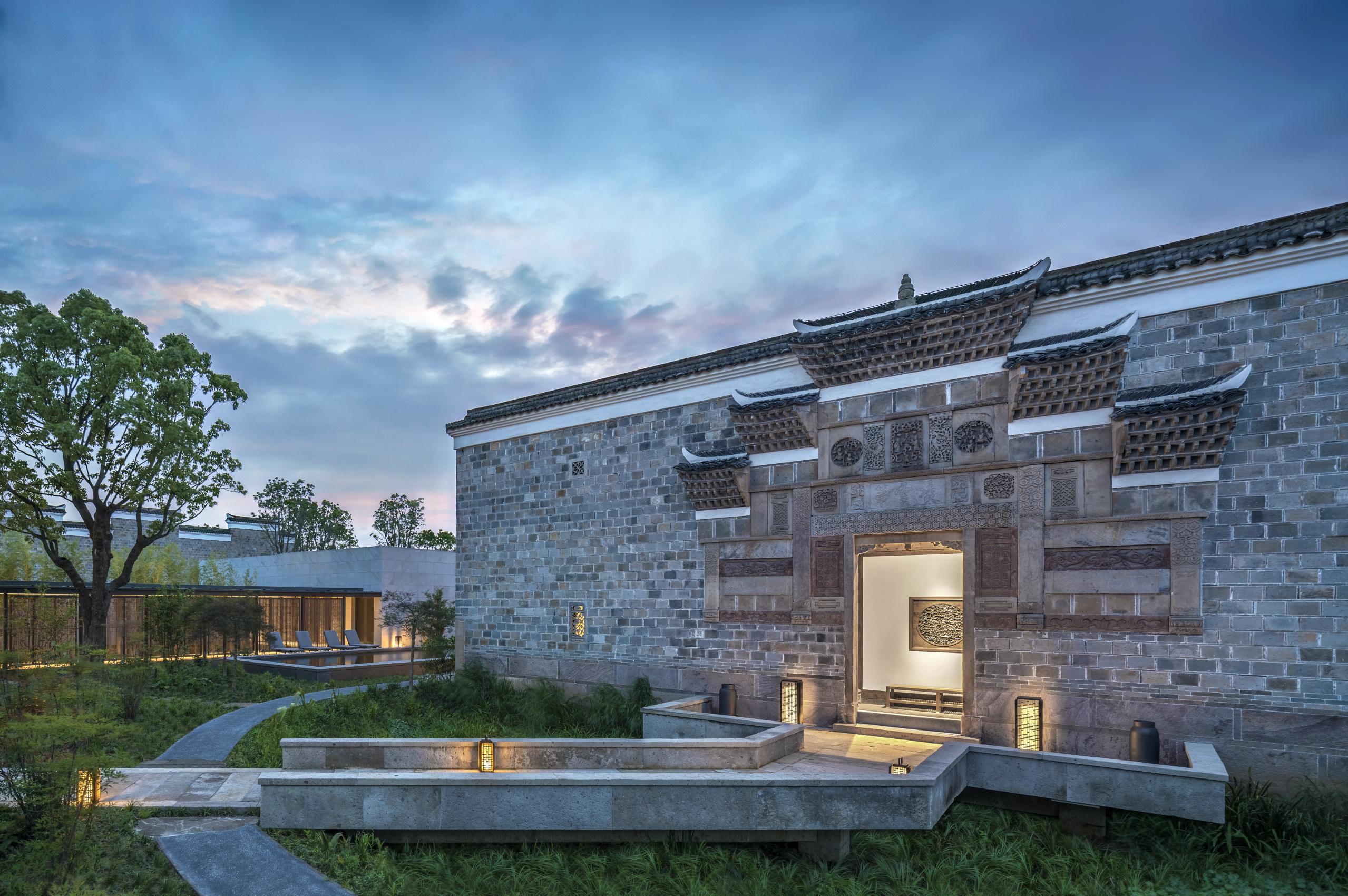 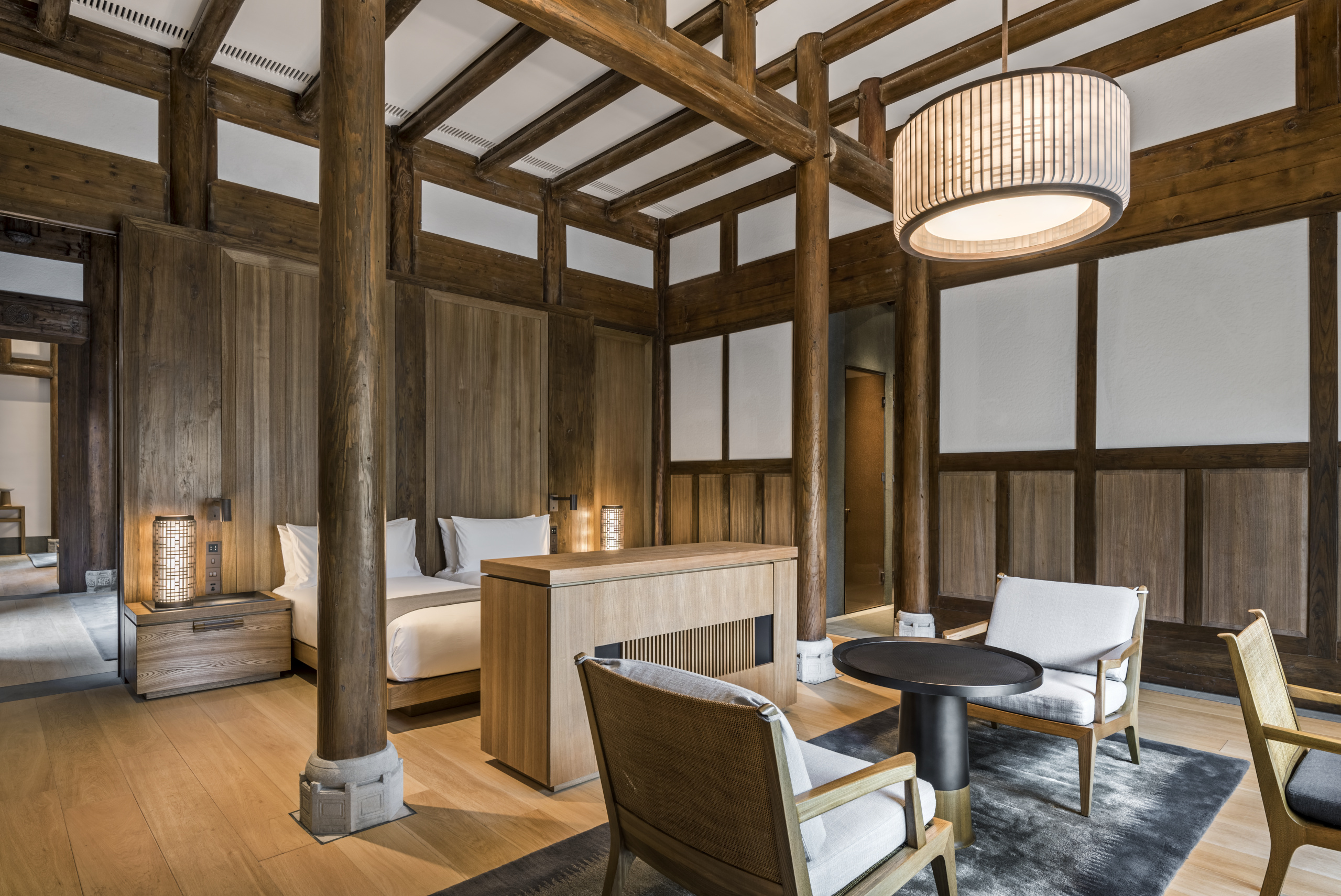 Coming up in 2020 will be another landmark venture for the hotel group with the launch of its third and biggest US property (after the Amangiri in Utah and the Amangani in Wyoming), the Aman New York. Situated in the heart of Manhattan at the crossroads of Fifth Avenue and 57th Street, overlooking Central Park, the hotel will occupy the iconic Crown Building, a retail and office block that’s set to be transformed into an “urban sanctuary” with 83 guest rooms and 20 apartments.

Despite its imagination and ambition, Aman chain is understated as a brand – you won’t see its name on billboards in Las Vegas and you won’t see it advertised on TV with a woman in a flowing white dress, skipping along a sandy beach, because it’s got class.

As well as mastering the art of designing new-builds sensitive to the natural environments in which they are constructed (the Amangiri is a good example, below), it’s also at the forefront of a trend for the renovation and development of historic non-hotel properties, transforming them into exciting old-meets-new luxury. 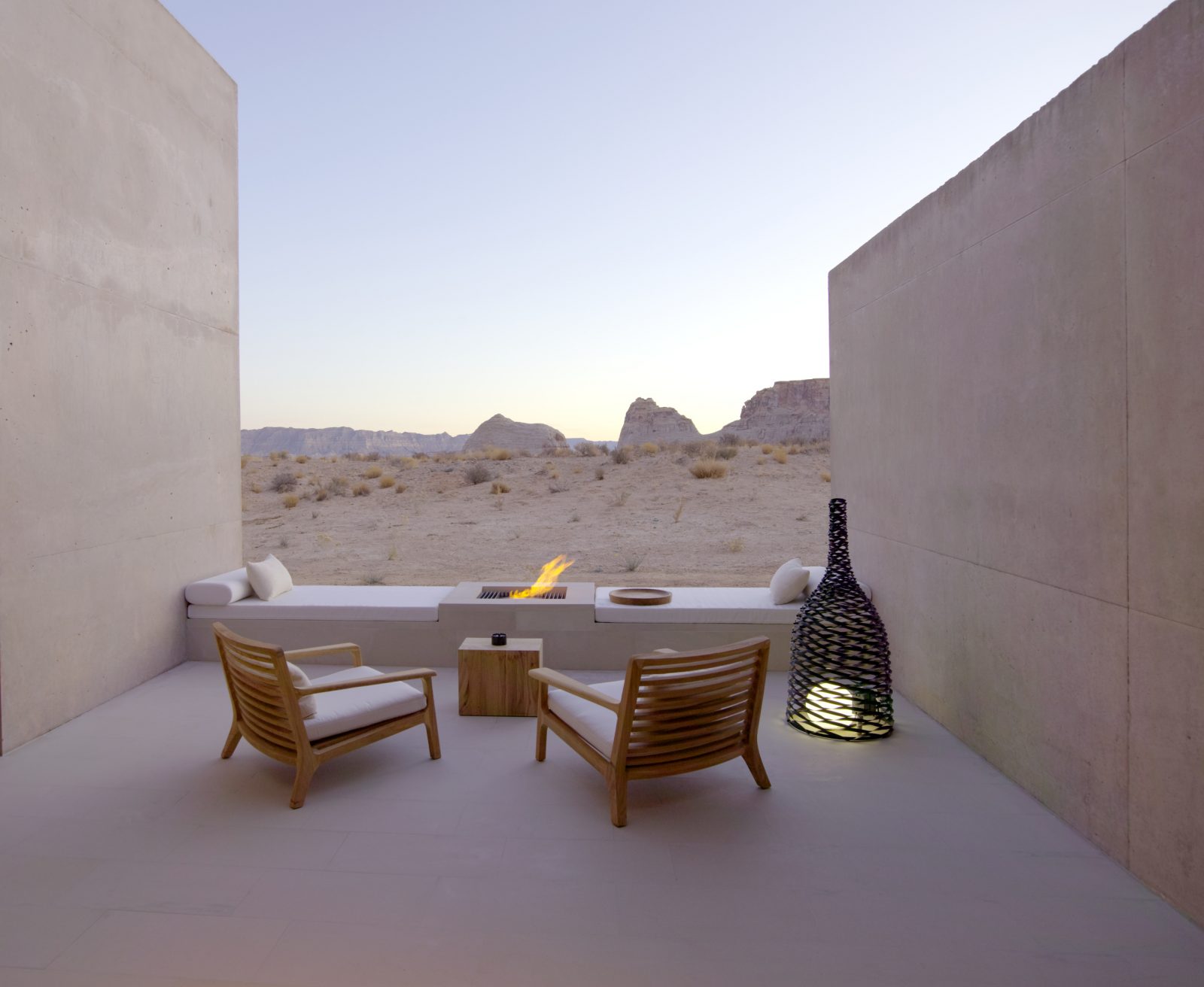 Vladislav Doronin, chairman of the Aman Group, says: “Our strategy continues to place emphasis on seeking out new and outstanding destinations, as well as a continued commitment to curate resorts of architectural distinction by commissioning new and up-and-coming architects.”

Adding: “The continued integration of Aman Wellness, as well as the introduction of Nama, a new culinary concept which celebrates the tradition of Japanese cuisine, known as washoku, are both natural progressions for our brand and further enrich our guests’ experience, which remains our number one priority.” 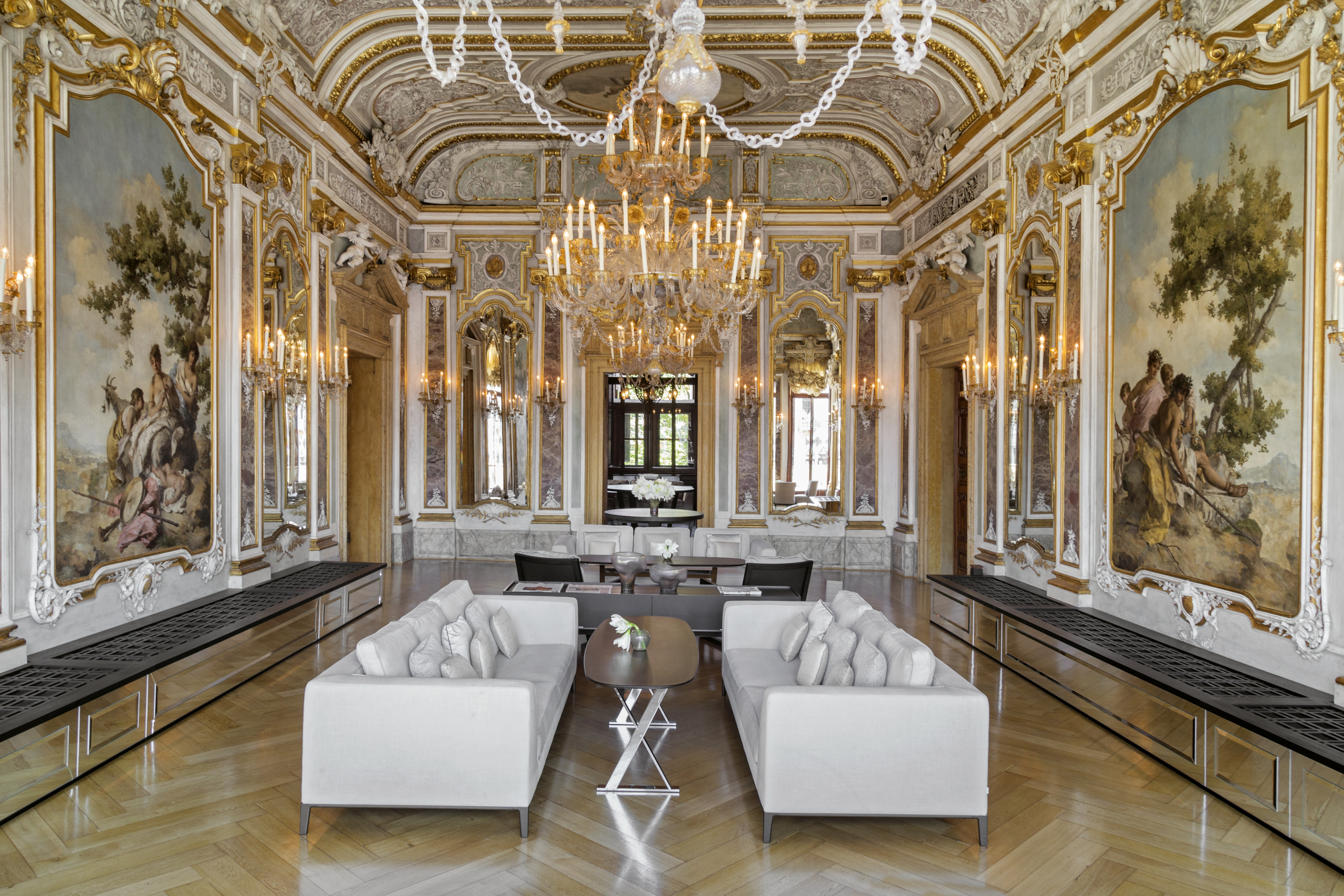 To get a taste of this first-hand, I visited the Aman Venice – Grand Canal, which opened in 2013, in the stunning 16th-century Papadopoli palazzo, complete with original frescoes by Giovanni Battista Tiepolo, making it one of just eight palazzi monumentali in the Italian city. Having handed over much of the property to Aman, the longstanding owners, the Arrivabene Valenti Gonzaga family, still own one wing, in which they continue to live. 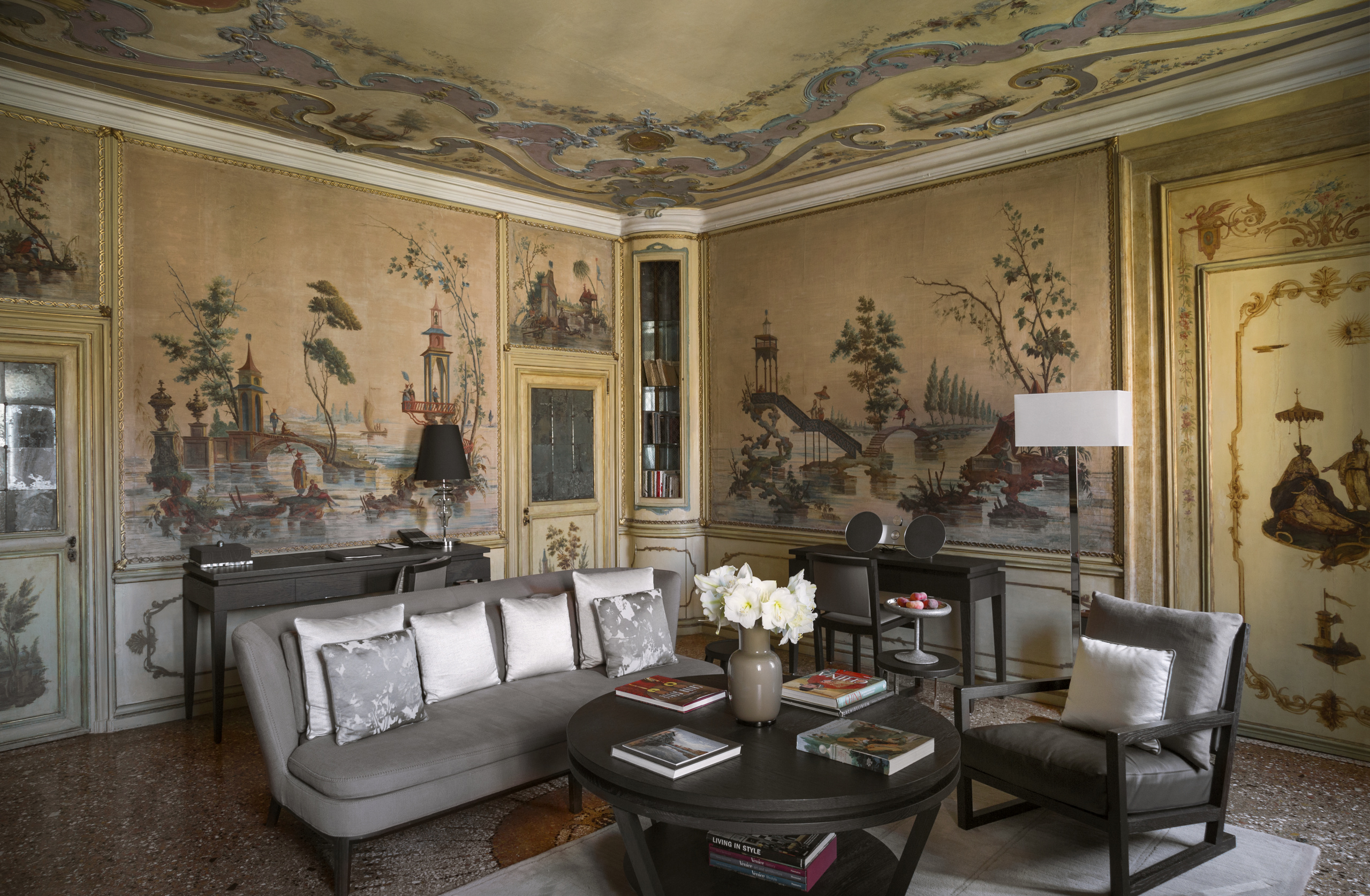 The engine on my sleek, polished-wood speedboat slowed as we pulled up in front of the hotel. The water on Venice’s Grand Canal was a little choppy that day, so the boat bumped to and fro against the striped posts that protruded from the blue water in front of the magnificent palazzo. (You can also access the hotel from the street at the back but this is a far more cinematic way to arrive.) 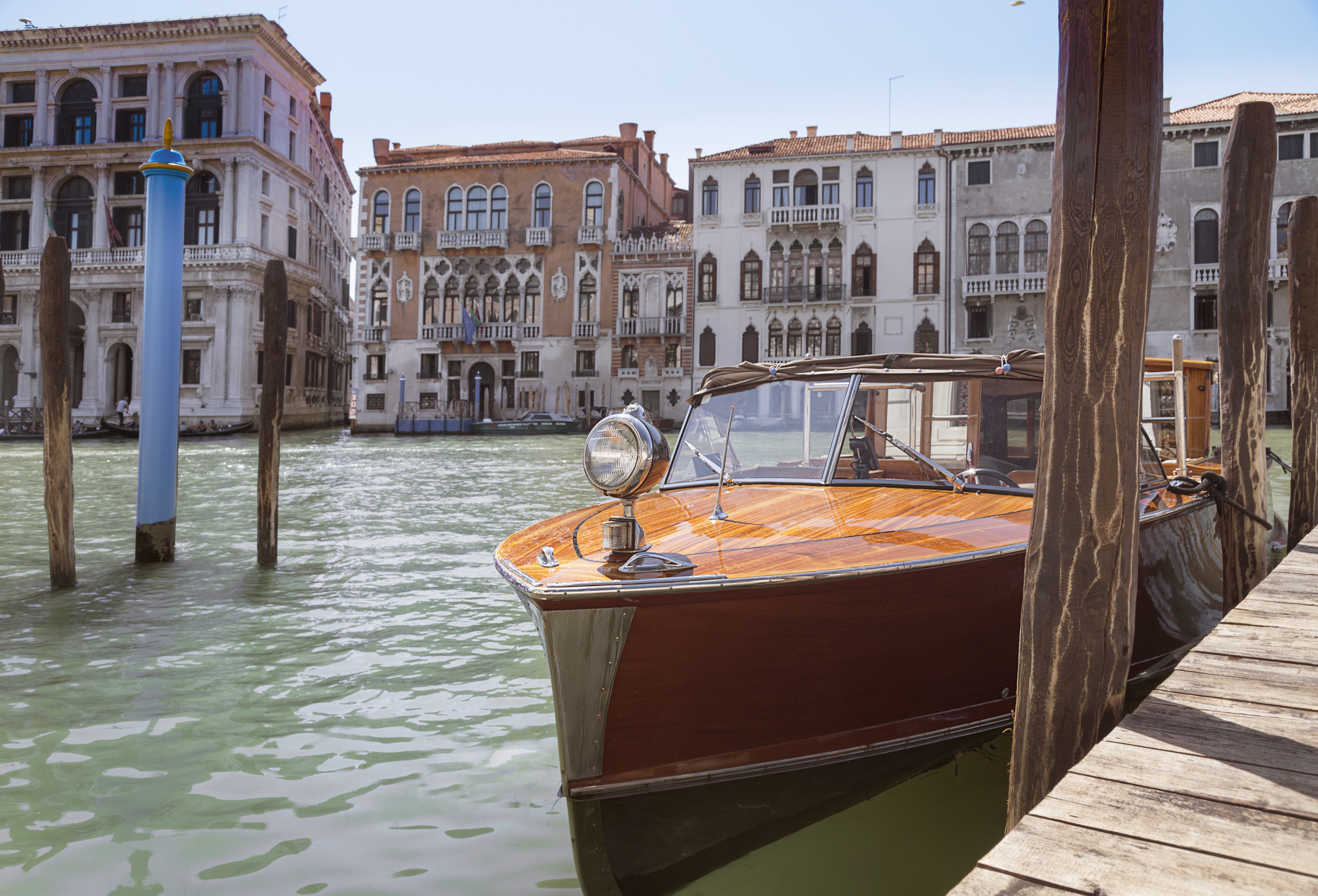 Stepping off, I turned to have a quick look behind me – the Grand Canal was buzzing with life and activity, glowing with Renaissance elegance and beauty. Gondolas drifted by, the sound of opera drifted across the water from an unseen stage, and throngs of tourists ate and drank all along the waterside. It was impossible not to be in awe of this spot, so as I turned back and headed inside the hotel through the old palace doors I needed to keep reassuring myself it was all real. 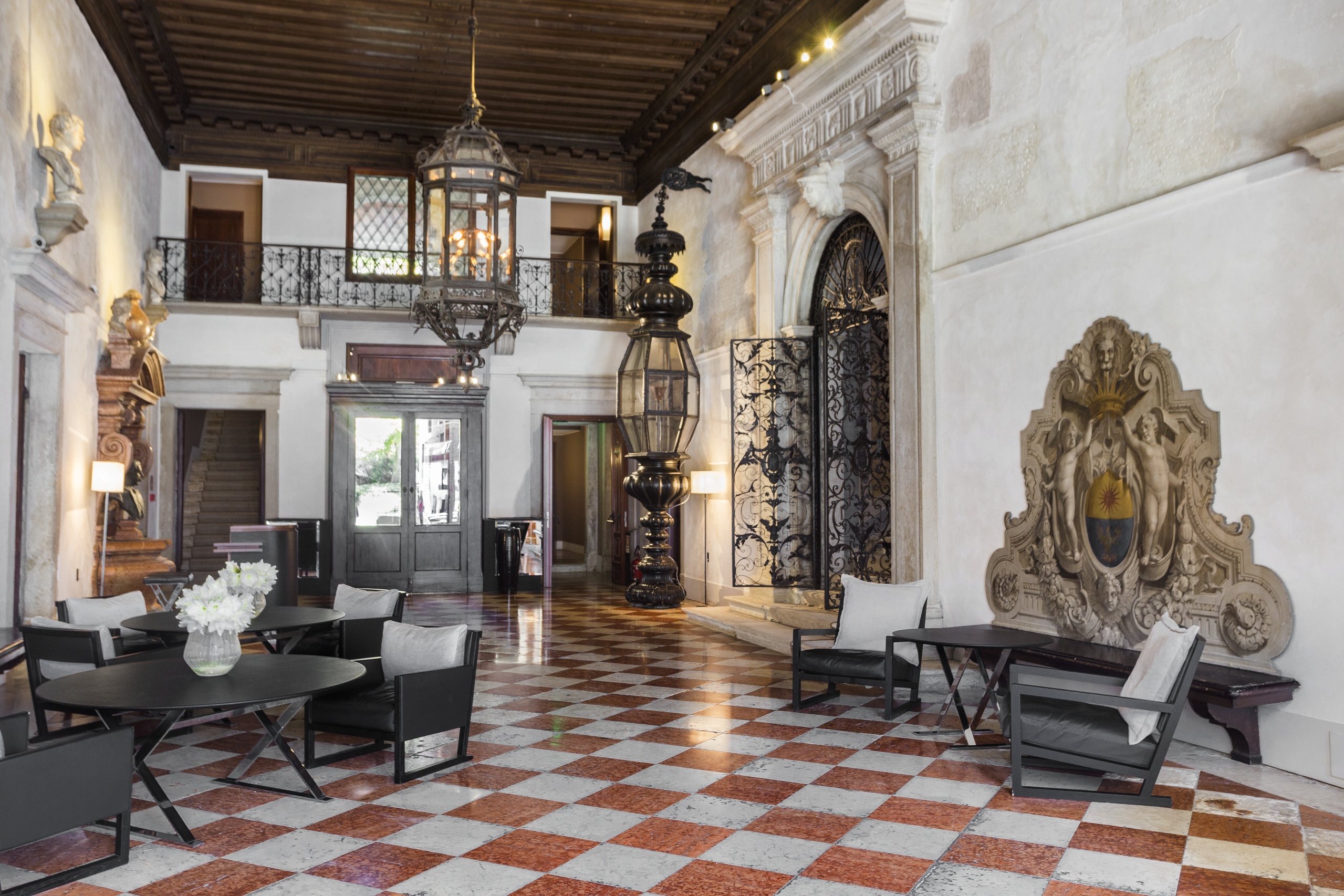 The palazzo in which the Aman Venice is housed was designed and built by Venetian architect Giacomo De Grigi, under the commission of the Coccina family of Bergamo. In 1864, the property was then sold to a wealthy Greek family, who entrusted a neo-Renaissance and Rococo restoration to Michelangelo Guggenheim, a leading designer of the time. 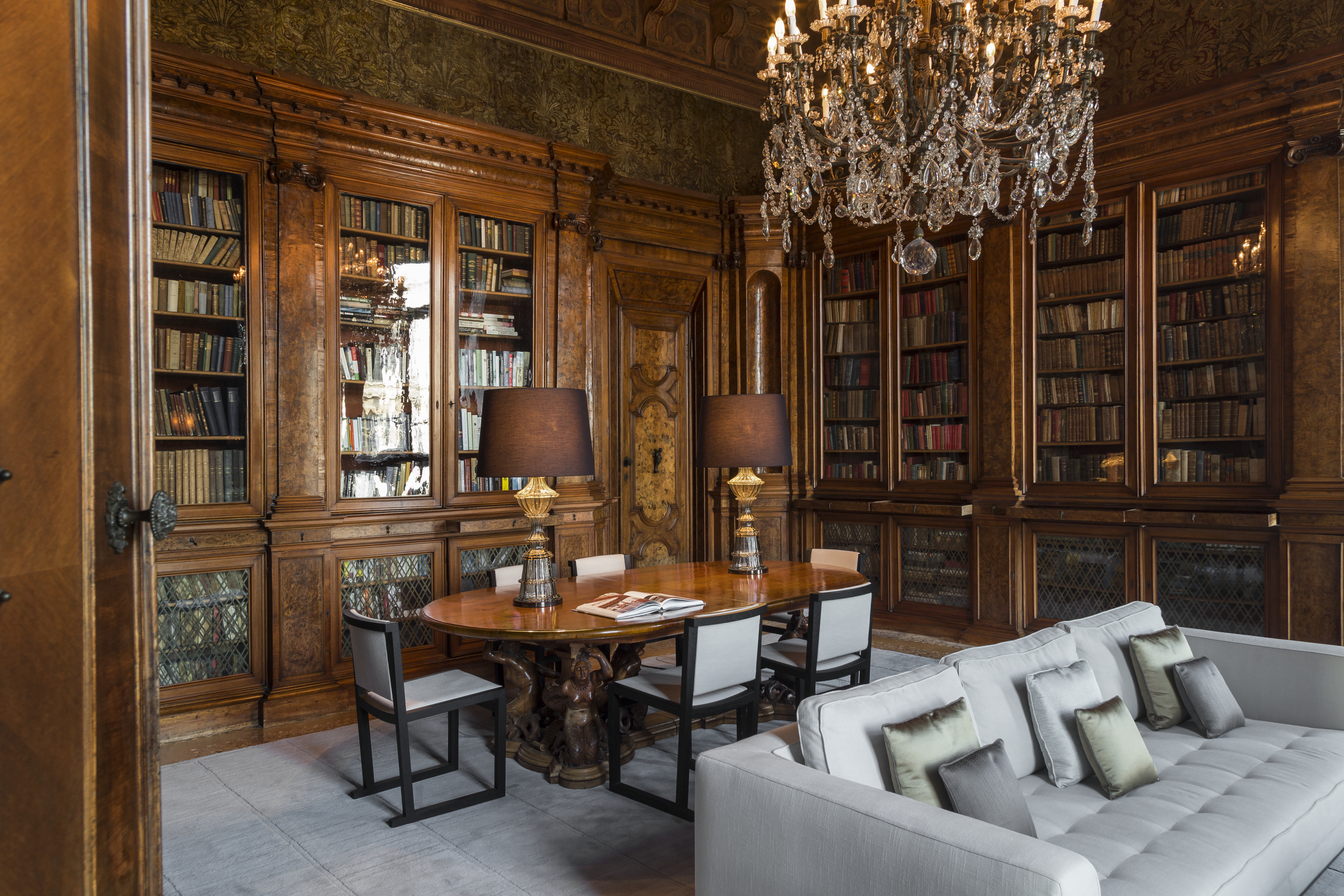 When it was rented by the Aman group (the residing family still own the freehold), it underwent an extensive renovation to bring it back to its former glory, whilst adding their Zen-like, minimalist style (thanks, in this case, to Jean Michel Gathy of Denniston Architects), which often lies just out of sight. (This is a picture of the spa.) 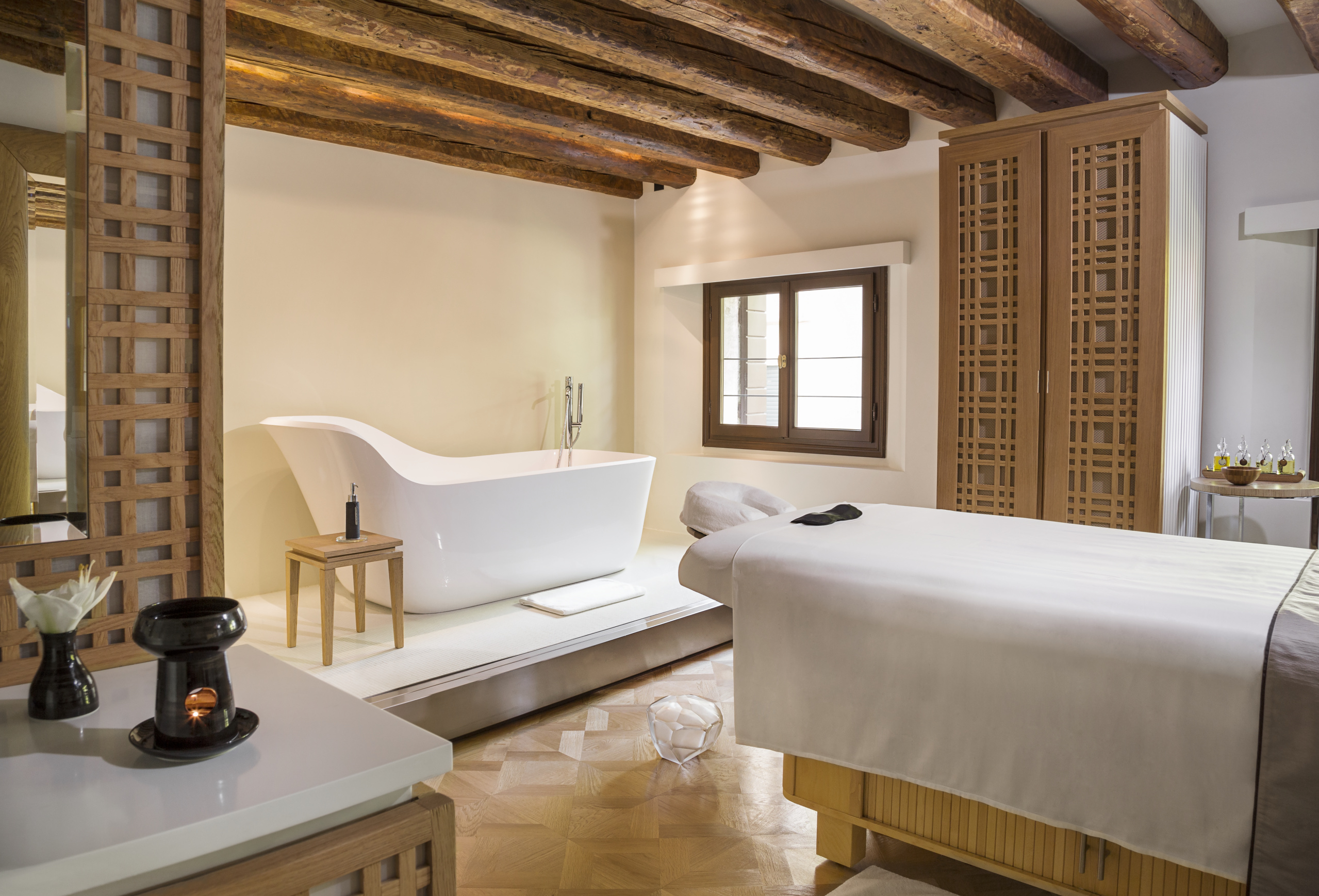 Each of the Aman Venice’s 24 rooms and suites are uniquely decorated and retain many of their original 400-year-old features. Some rooms in the building have stunning frescoes – including those by Tiepolo, who lived in the palazzo in the 18th century – as well as stucco, marble, wood carvings and terrazzo flooring that reflect the splendour of art and architecture of past centuries. 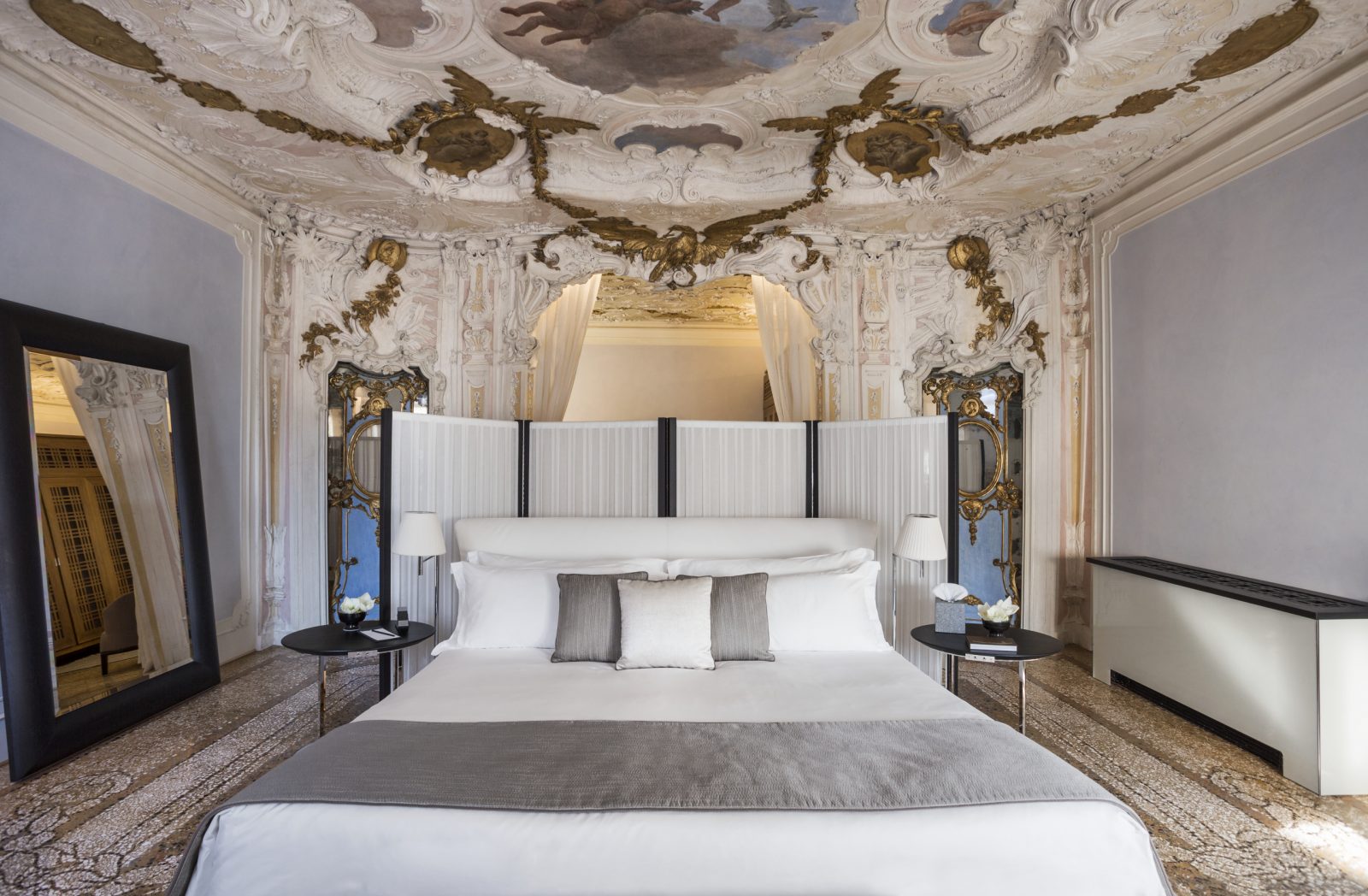 Although each of these private spaces have a heavy nod to the original Renaissance styling, there’s also fresh, cutting-edge design to be found, which makes them as exciting and forward thinking as any new-build hotels out there, if not more so. 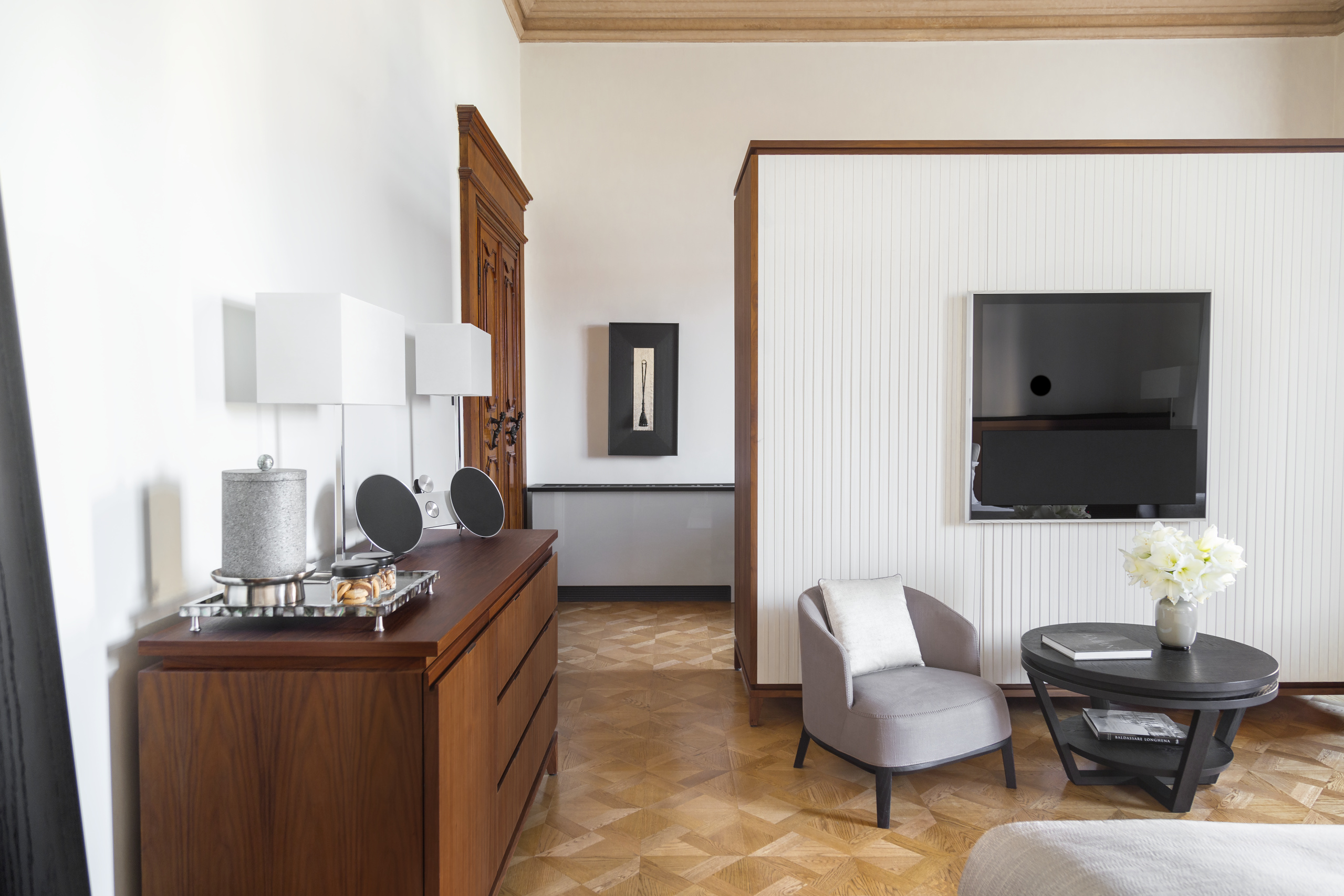 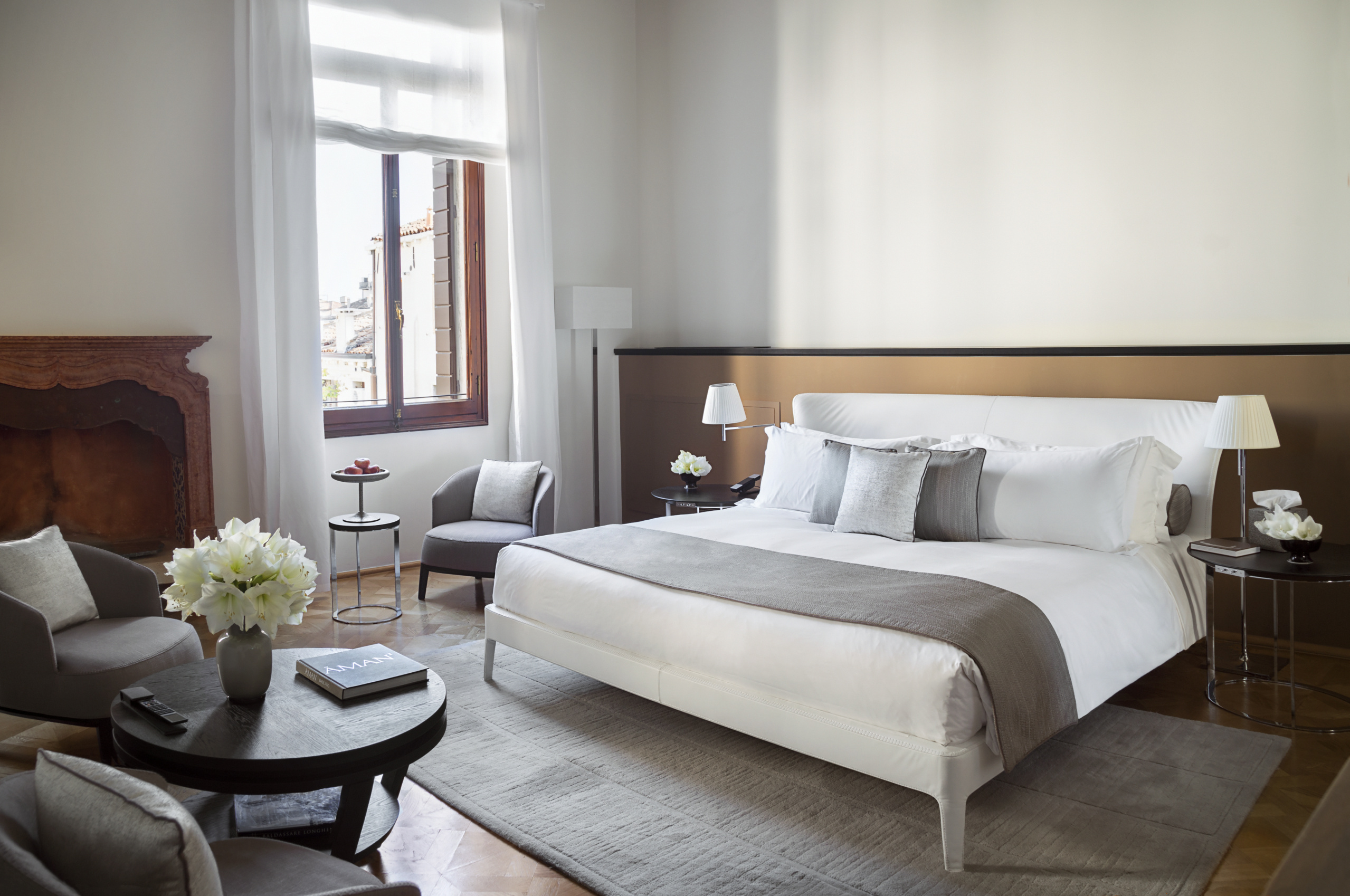 This palazzo hotel could so easily have been made into an homage to old-world opulence, which could have been stuffy and actually a little dull, but instead Aman has managed to balance the historic with the modern in perfect harmony (another great example of this is the Aman Sveti Stefan in Montenegro, as well as the Amanyangyun, of course). 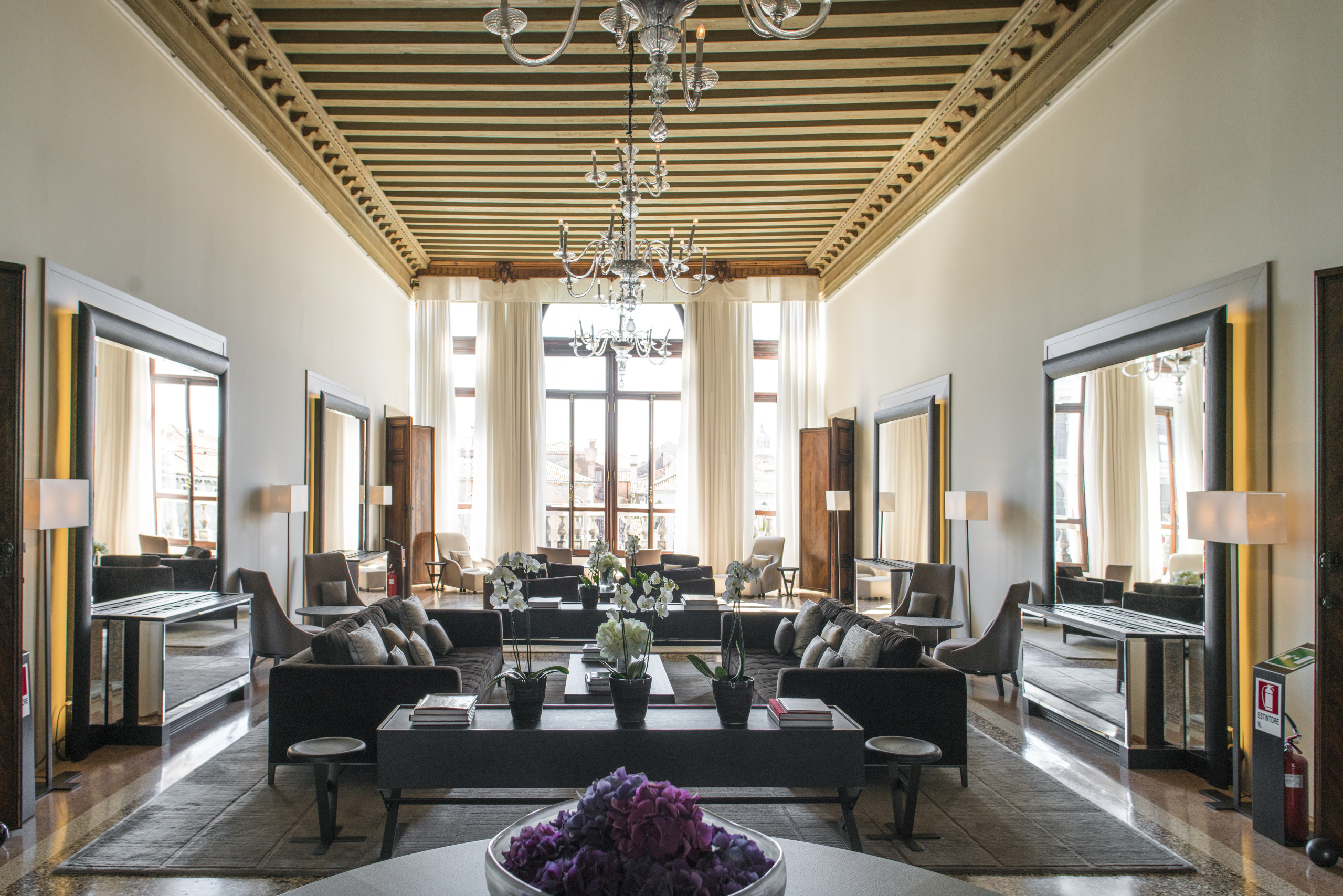 The walls and ceilings of the common spaces are flowing in gold and finery, enormous chandeliers sparkle in the subtle light and plush furnishings fill the gaps in between. It’s impossible not to feel like royalty here – probably why George and Amal Clooney chose this palace as their wedding venue above anywhere else in the world.

Aman is also pushing boundaries with its food and drink. The bar serves incredible custom cocktails, designed and made to your exact specification. The attentive bartender will start by asking your preferred flavours, favourite base spirit, lower tones and preference for sour, bitter or sweet. These drinks seem to be entirely customisable, right down to choosing the botanical infusions for your gin, or even which wood you’d like your Old Fashioned smoked with. 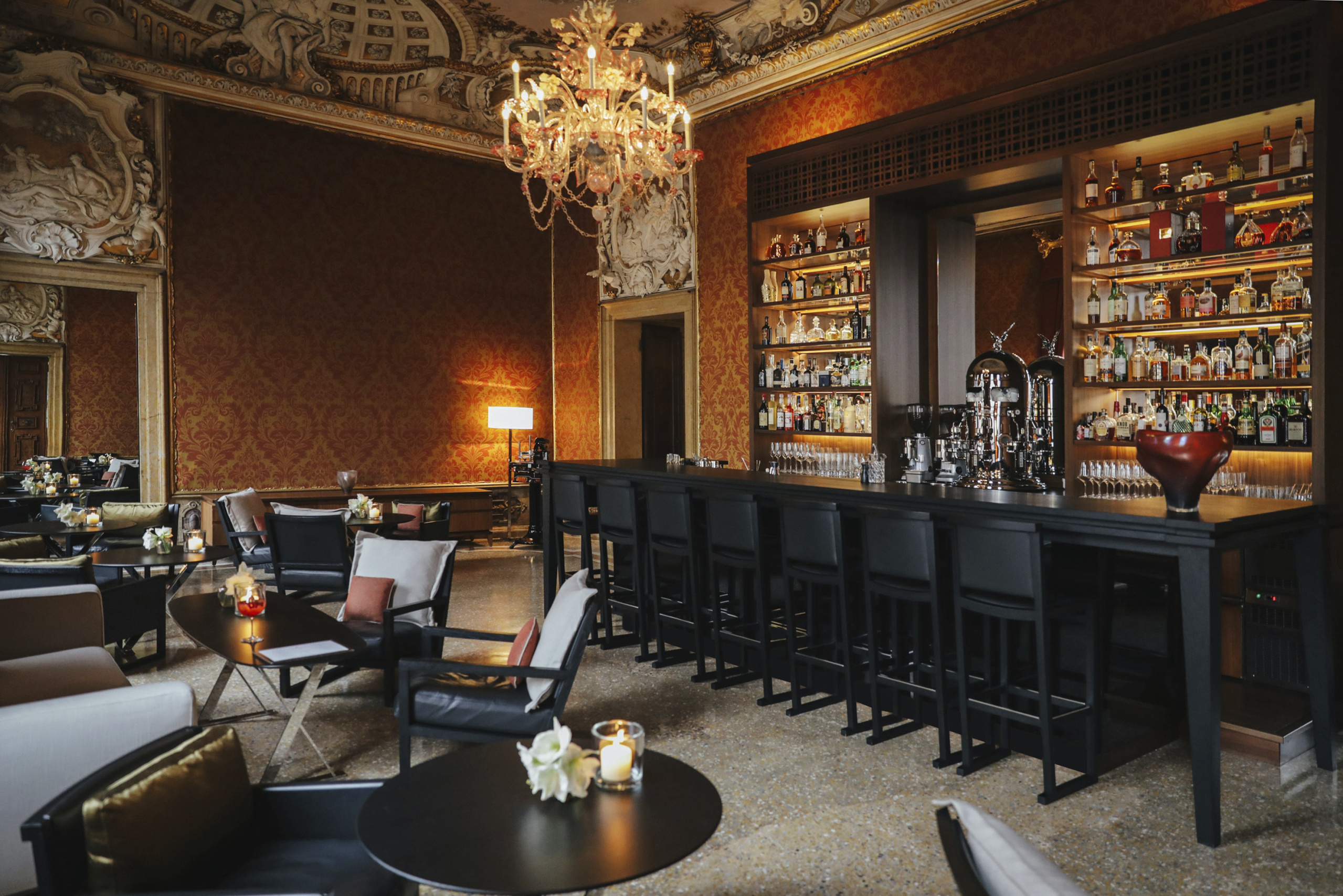 Spirit infusions are a really exciting aspect of this bar and something that only recently became a possibility in high-end cocktail bars. Choosing a base spirit (gin in our case), you can select any number of 15 botanicals to infuse your alcohol with.

The liquid is then vaporised with dry-ice and fed through enough glass tubes and beakers to make even the greatest mad scientist proud. The end product is a martini better than anything you’ve ever tasted. It’s a once in a lifetime experience, literally, as you really can’t make the exact blend twice – that’s a serious leap in cocktail-making ingenuity. 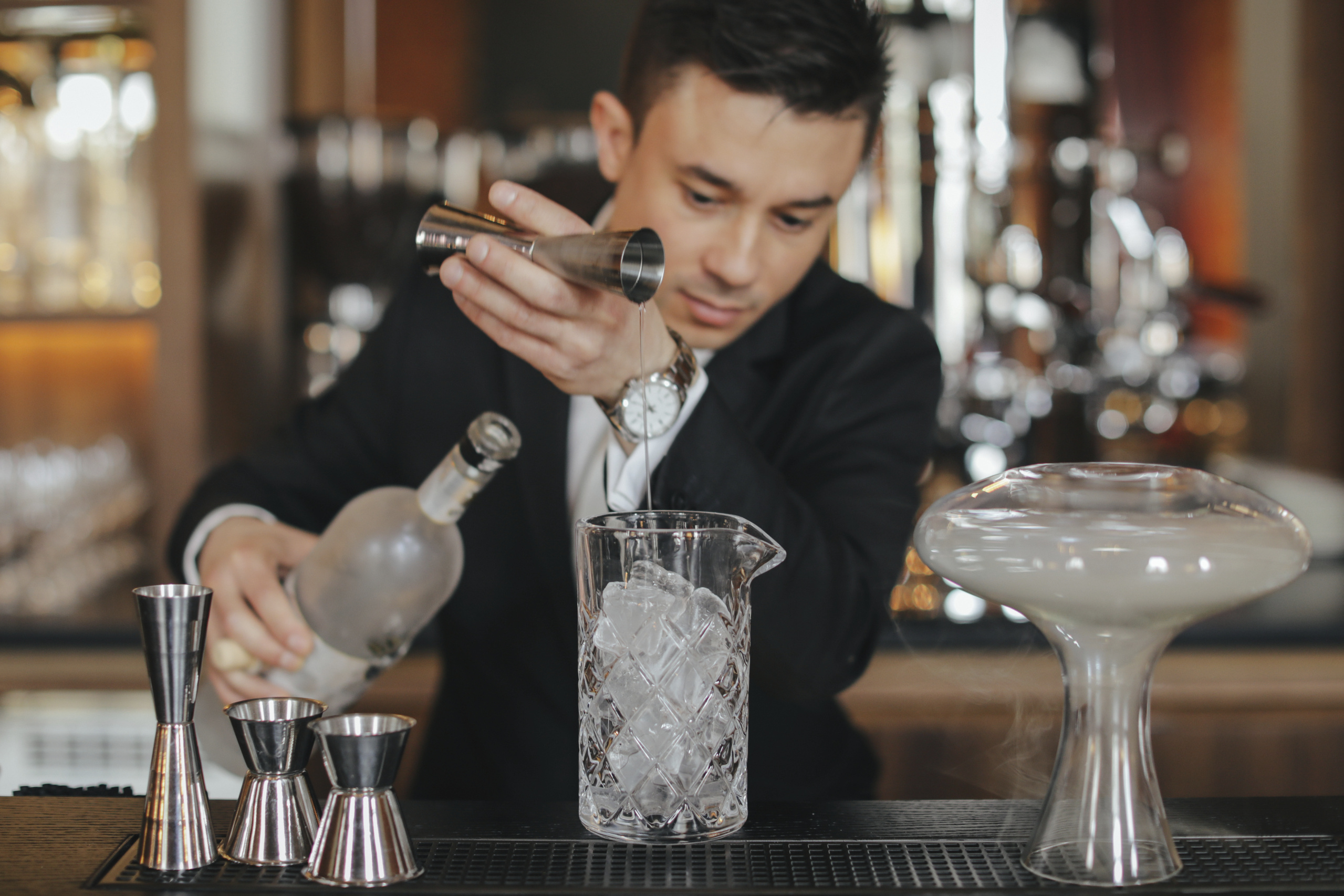 I was lucky enough to have a dinner reservation in the largest and most impressive room in the palazzo. It has views of the Grand Canal and a level of regal grandeur you really won’t find outside of a genuine royal residence.

The food was exquisite and some of the best I have tasted (and I eat in a lot of great restaurants), especially the beef carpaccio with summer truffle – that was something really special. The menu is designed by Italy’s renowned Michelin-star chef Davide Oldani, who mentors the Aman kitchen team, led by executive chef Akio Fujita. 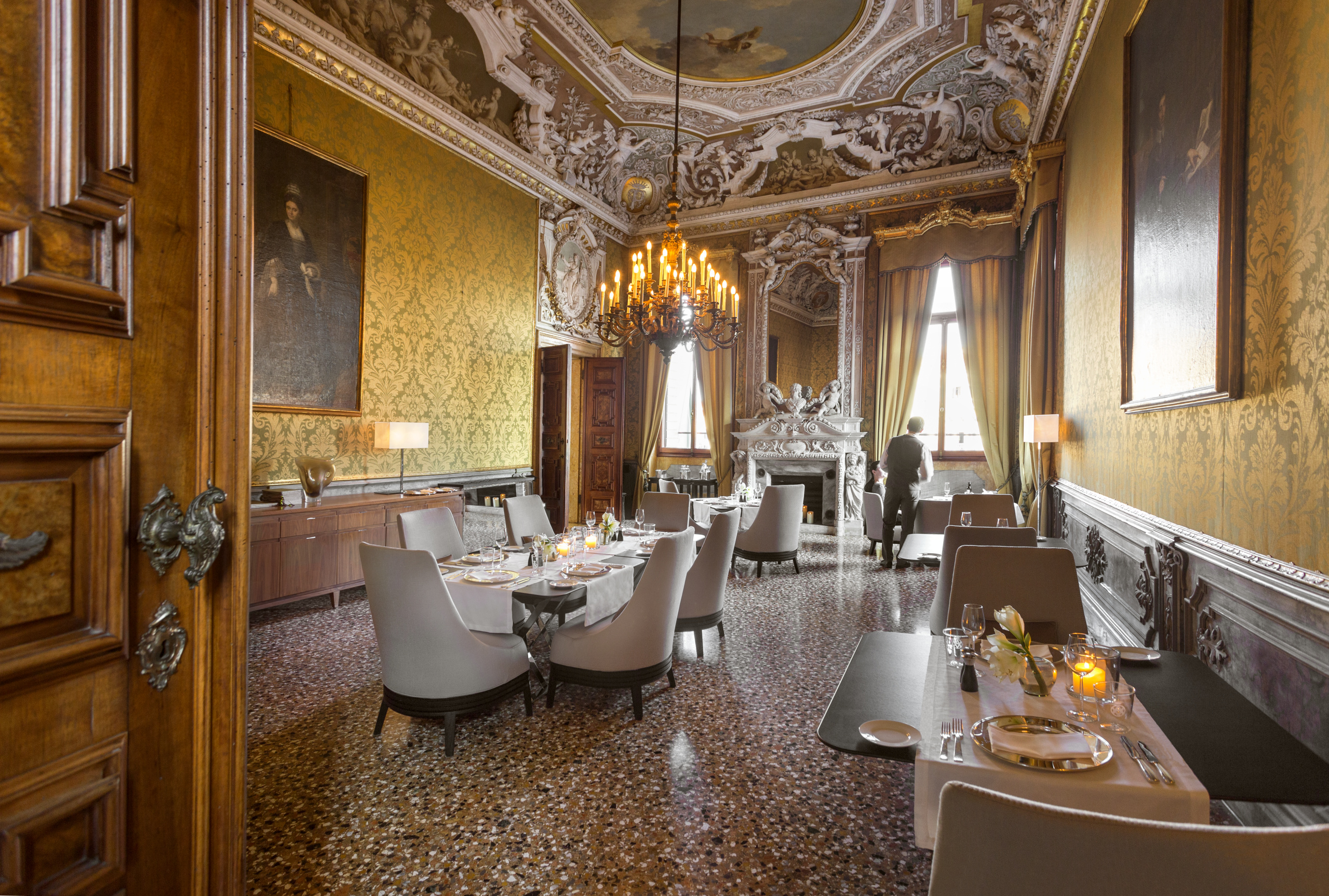 The cuisine is perfectly simple, unbelievably delicious and, above all, elegant. It is great to see a restaurant surrounded by such ostentatious extravagance lean away from nouvelle cuisine or overly fussy fine-dining and, instead, forging ahead with the growing trend for using simple, great ingredients to make superb, unpretentious food. This is my new favourite place in the world.